With my writings of Paraguay, there seems to have been a bit of a theme to many of the stories. Quite often it’s been about people coming to the country as an escape from the sufferings of home or with aspirations to create a better world.

The communist colonialists of New Australia did it, East German Peter at Granja Roble did it, and the native Paraguayan tribes experienced the missionaries doing it. 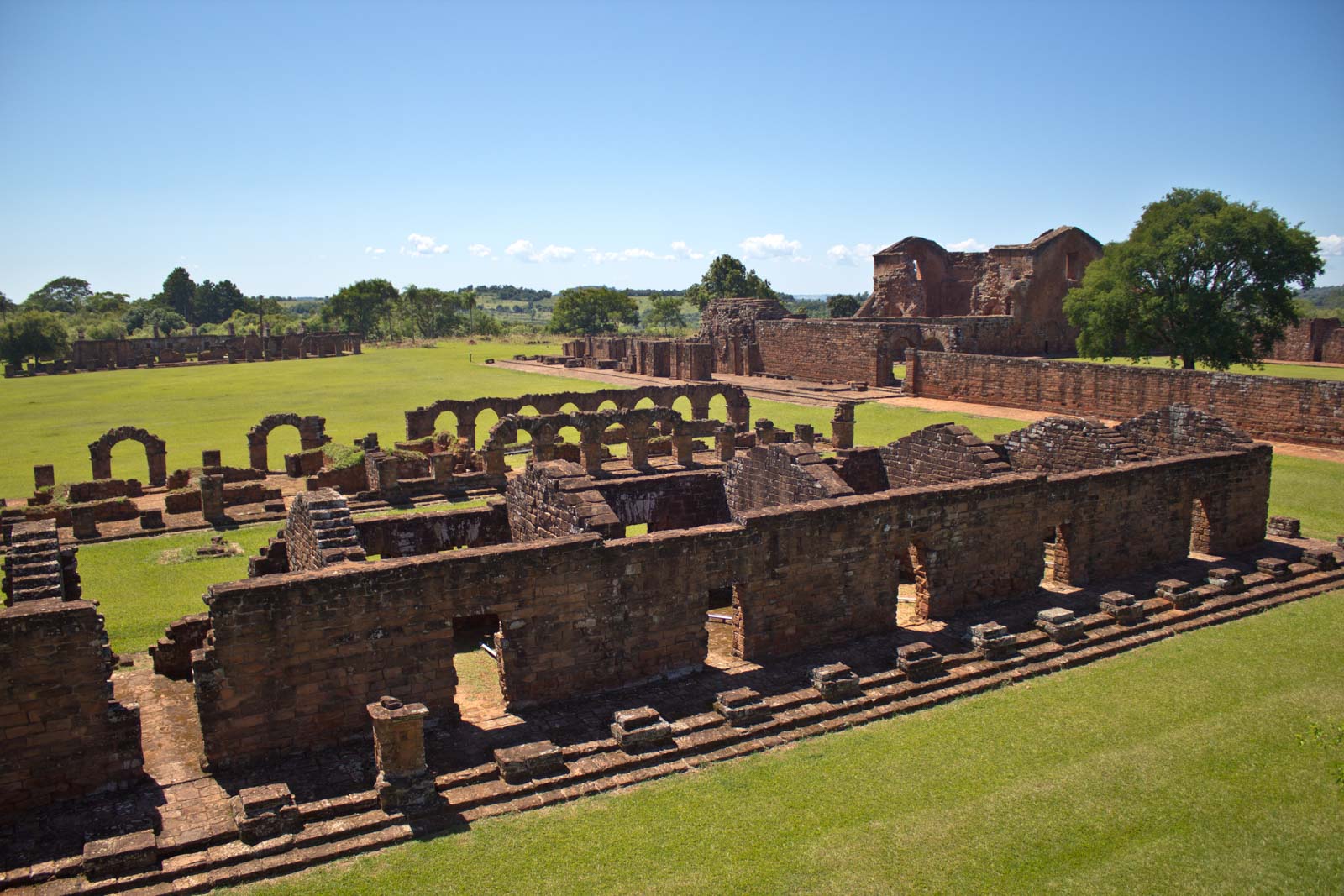 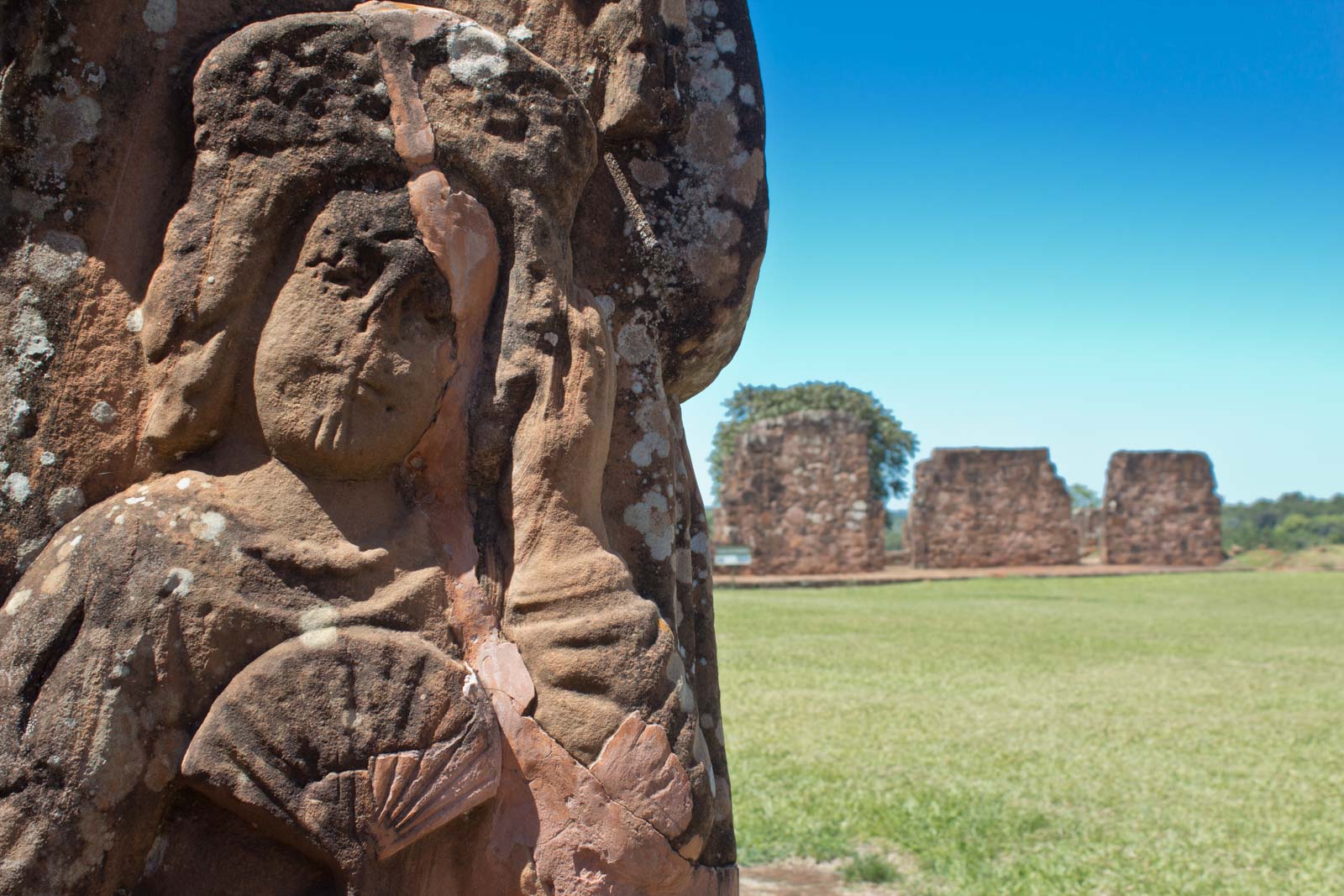 None of those people was the first, though. Much earlier (and undoubtedly still not the first), the Jesuits came to South America to spread the word of the religion.

The Paraguayans were in their targets as much as any others in the continent. After all, this was the 1600s and borders meant very little.

In fact, borders and land ownership were much less important than faith to many people – and so the Jesuits set up their communities where the indigenous tribes once lived alone. 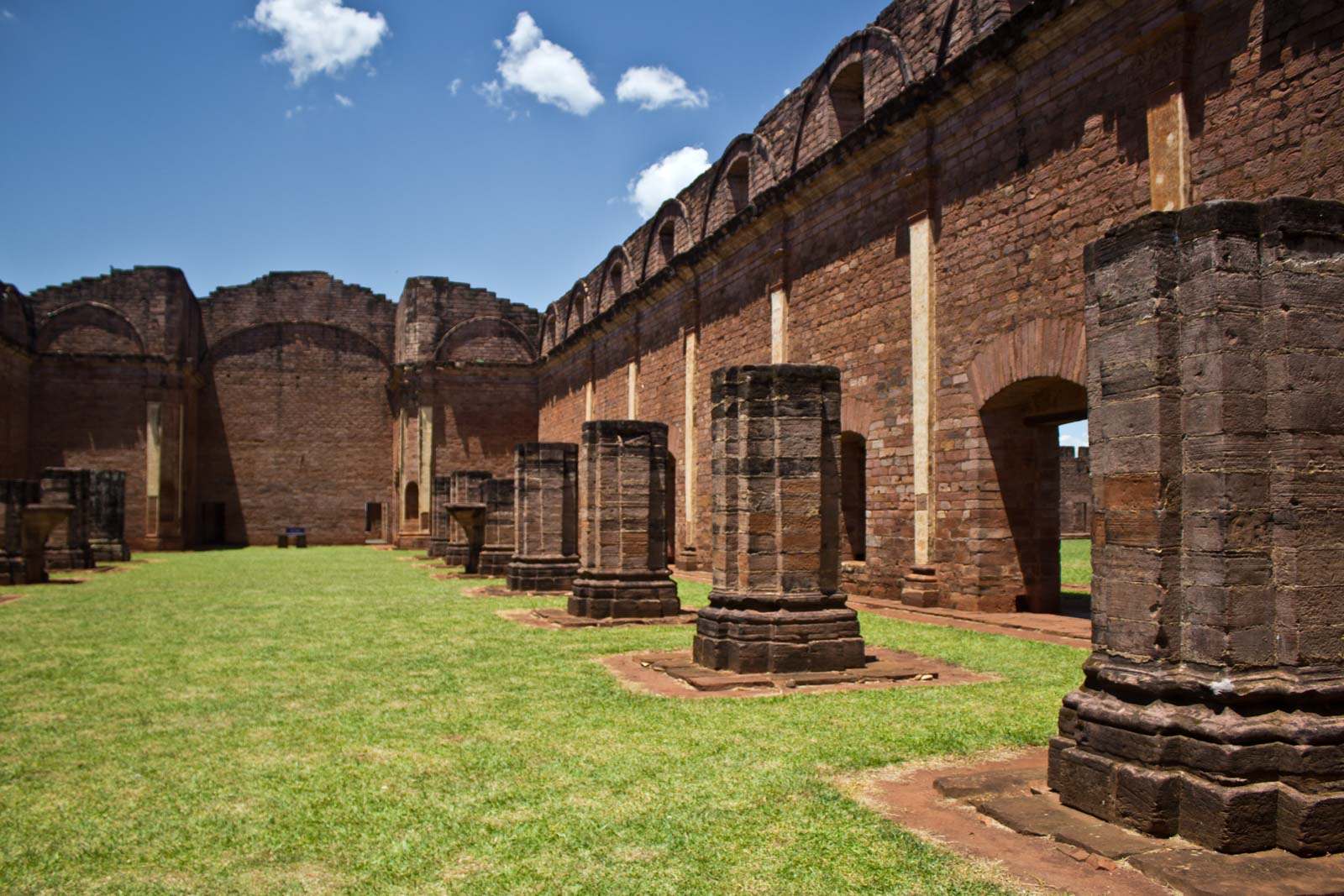 This was in the period when Spain was still fighting for control of South American soil. The fight then was against the natives and by the time the Jesuits arrived many of the physical battles were in the past but the battle for ideological power was still at its peak.

What the Jesuits gave the locals was a new system of living that actually saw an improvement in their conditions. They built self-sufficient towns, or ‘missions’, across the countryside and used these as the focus for the education of the tribes.

There was education about culture, society, literacy and agriculture. And, of course, a fair bit of evangelicalism thrown in as well for healthy measure. 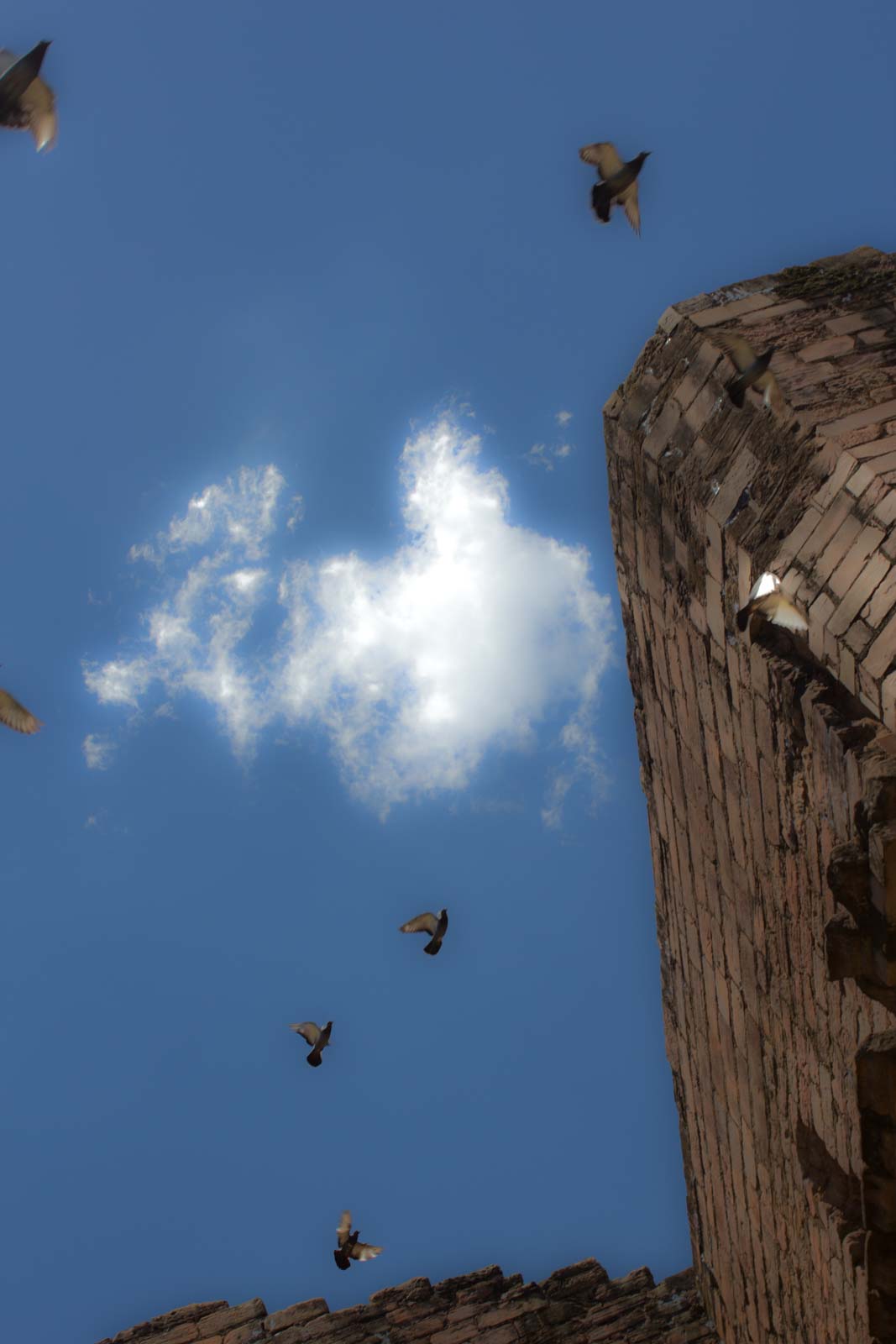 In the end, though, the Jesuits were expelled from Paraguay in the mid eighteenth century when Spain, Portugal and the Catholic church believed they were becoming too powerful. Their villages were abandoned and, in many cases, attacked.

The ruins at Trinidad and Jesus: Paraguay

Nowadays, in some parts of Paraguay, it’s possible to see the ruins of the missions and in 1993 two of them were named as UNESCO World Heritage Sites. 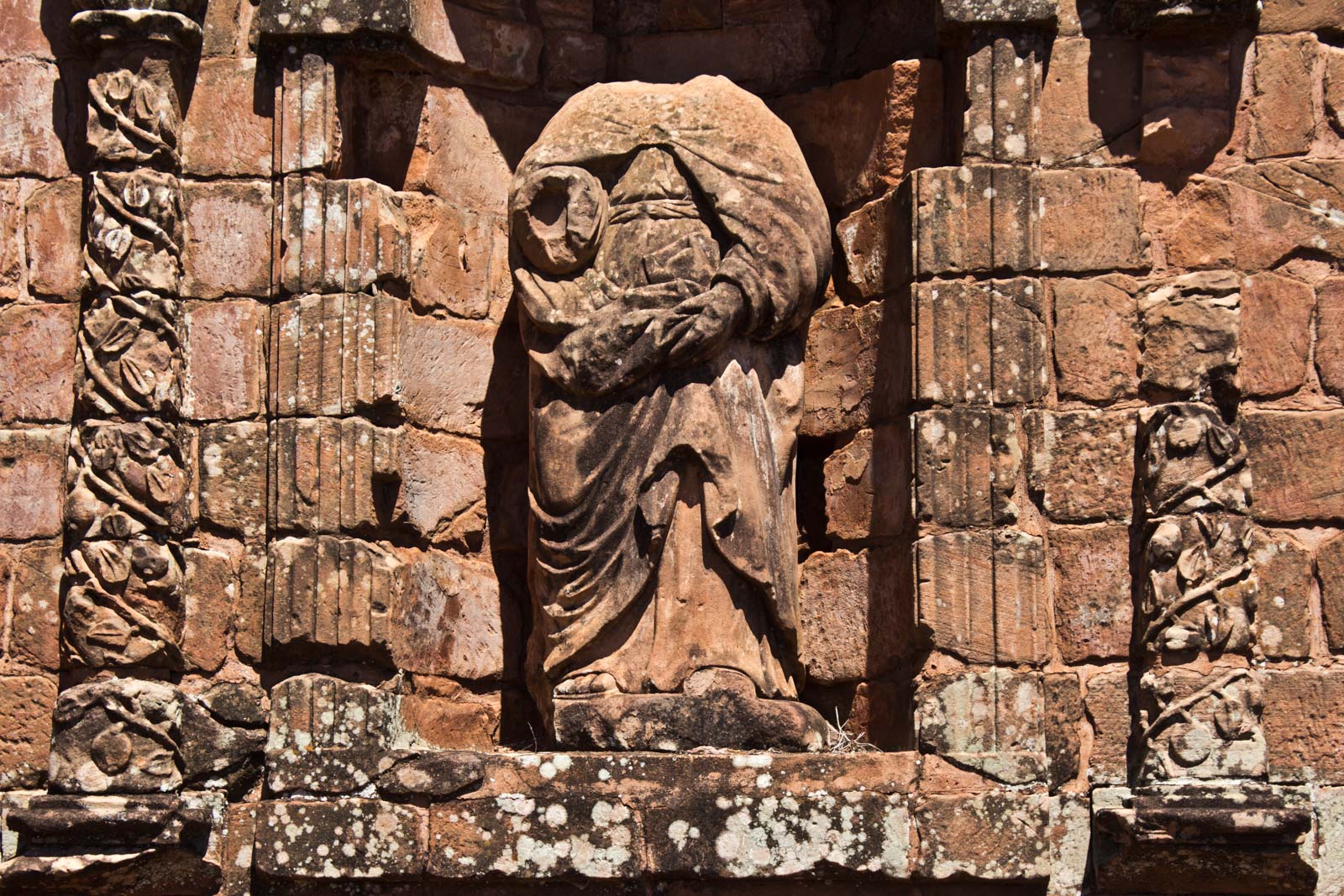 In my research, I was informed that the Jesuit ruins at Trinidad and Jesus were the least visited UNESCO site in the world. I thought I would check that fact with fellow travel blogger, Gary Arndt, and he pointed out that there are tiny islands in the middle of oceans that are world heritage sites and must surely have fewer visitors.

A good point, but there was no doubt that there were not many people at all when I went there. 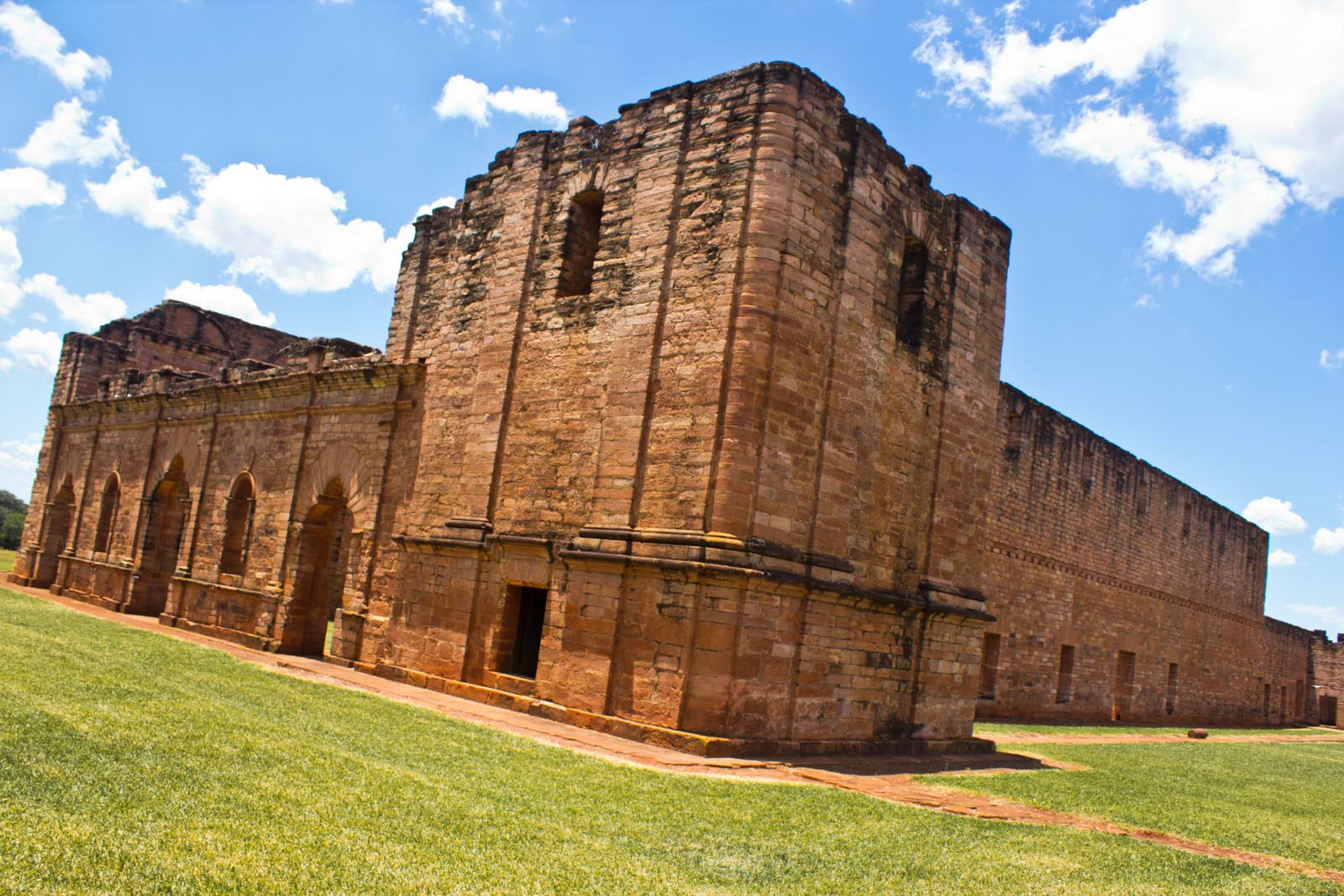 At the ruins of both communities, which are about 12 kilometres apart, you can get a sense of how life must once have been. The focus of both is the church, in each case a huge imposing building that dominates the area.

The natives and the Europeans lived separately and their accommodation was on either side of this church… although I’m sure they didn’t let their god come between them. 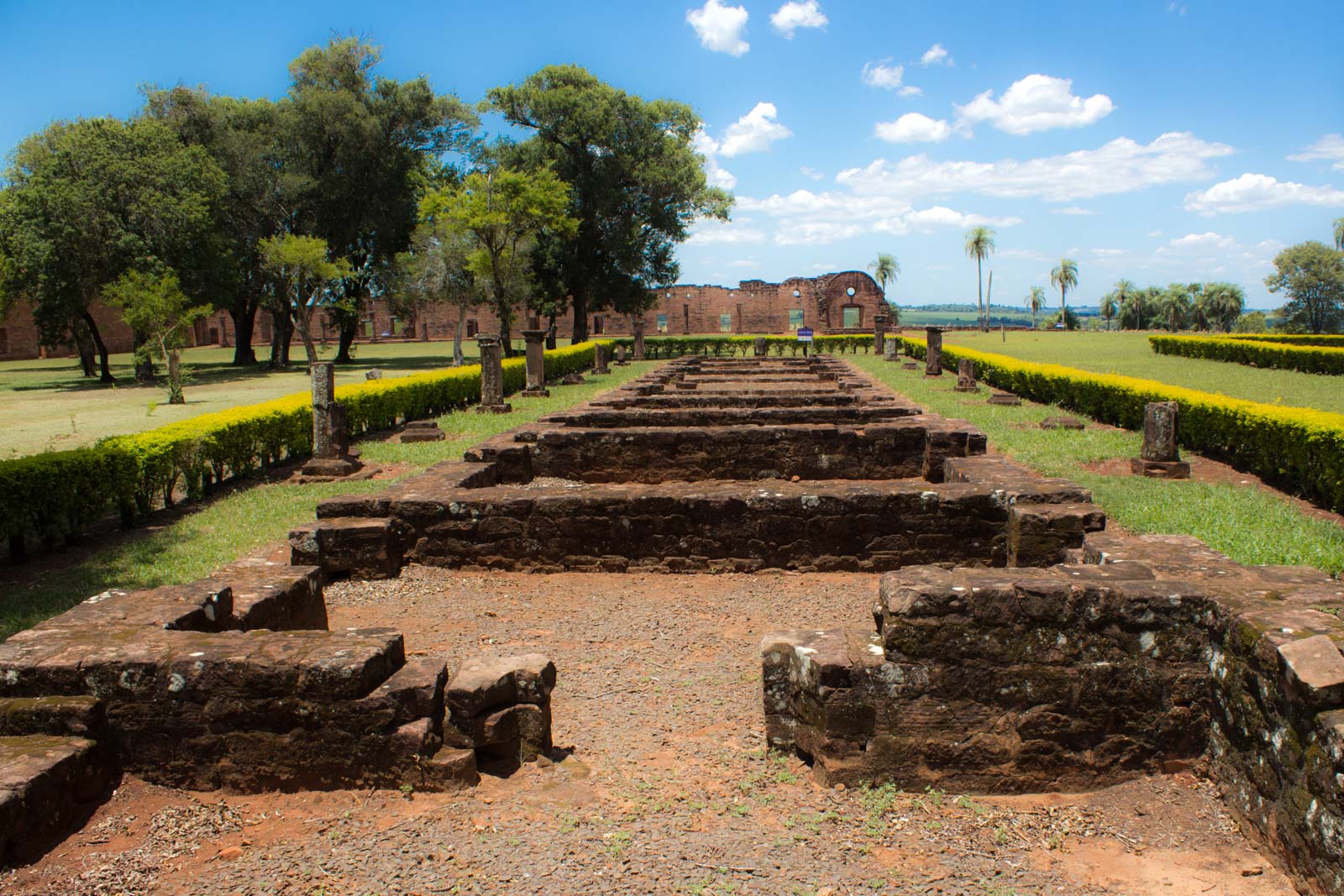 Walking around the Jesuit ruins as a tourist was a strange experience. At both places there were only a handful of other visitors.

There were no tour groups, no guides, no information signs and no sound. Far from highways and the local villages, you can explore these ruins by yourself in peace. 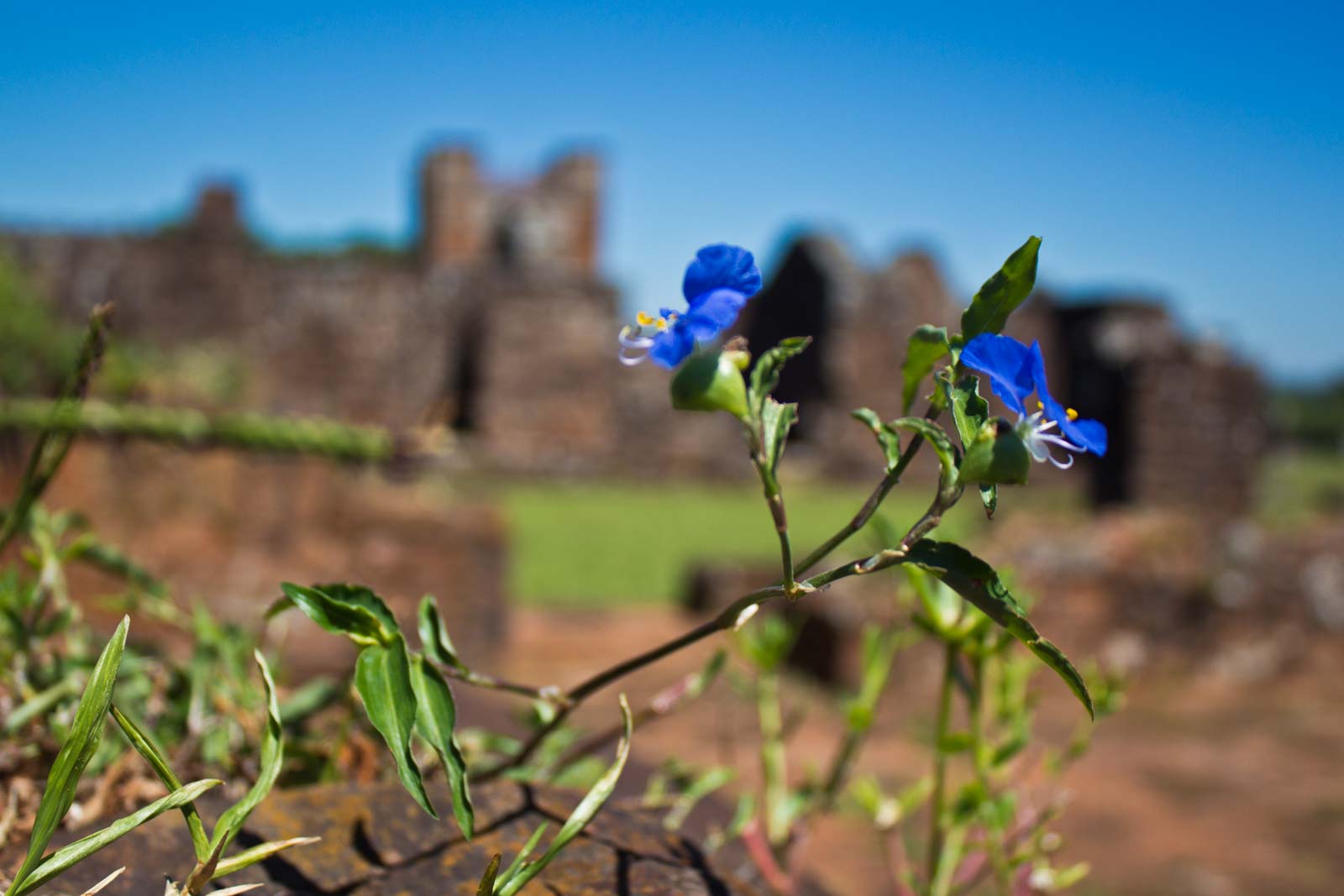 These are the only places in Paraguay that UNESCO believes are worthy of inclusion of its heritage list. They may not be worth a visit to the country on their own, but I’m glad I’ve been able to see them.

The nitty gritty travel details
The ruins are about 30 minutes by bus out of Encarnacion towards Ciudad del Este. You’ll see the road to the Trinidad ruins from the road. The Jesus ruins are about 12 kilometres up a side road (there’s an hourly bus or you can jump on the back of a motorbike for about US$5 return). I stayed at the Hotel a las Ruinas which has a view of the ruins from the restaurant. Rooms started at US$20 a night.