Arriving into Montenegro from the north, across the border with Serbia, I can’t think of a better way to be introduced to this country. Montenegro will turn out to have three distinct regions – the mountains, the coast, and the boring bit in the middle. Here in the mountains, I decide I’ve already found my favourite part.

I’m on the bus and, as it winds its way along the cliffsides and over bridges, I stare out the window in awe. It’s mostly green peaks but occasionally I get a flash of snow from the higher mountains – even though this is the middle of summer. Down in valleys, rivers rush through, sometimes brown and sometimes blue. The area of Serbia I have just left was pretty but it’s almost as if some bureaucrat many years ago untied himself from red tape and unleashed his love of nature by choosing the international border based on the point where the scenery becomes even more beautiful. My first stop is the small town of Kolasin, which I have chosen as a base for a couple of nights so I can explore the nearby Biogradska Gora National Park.

There aren’t too many parts of Europe where the forests have been left completely untouched but here is a tract of virgin forest where a lot of the trees are at least 500 years old. Full of animals and plants, this is the smallest of Montenegro’s four national parks but it has some of the greatest diversity. Paths cut across the park leading to its glacial lakes, mountaintops, and camping areas. I have decided to hike through it for the day but others I meet are riding bikes or driving jeeps.

There aren’t that many people here but, as I climb higher, the number of visitors thins like the trees. When I get to the summit of one mountain, I am the only person here and I look across the park with just the buzz of the insects for company. The highlight of the park, though, is the Biogradska Lake – about an hour’s walk from the main road where the bus from Kolasin dropped me off in the morning. This is the largest lake in Biogradska Gora National Park and is also the hub for all the activities.

There is a camping area, some accommodation huts, a restaurant and a small information office. If you would like to visit with an organised tour, I can recommend this ecotour.

Most people use the lake as a base for hikes or other day activities. I use it to sit for a while and admire the beautiful view – a few boats tied to a pier resting peacefully in the still water reflecting the mountains and forests around it. 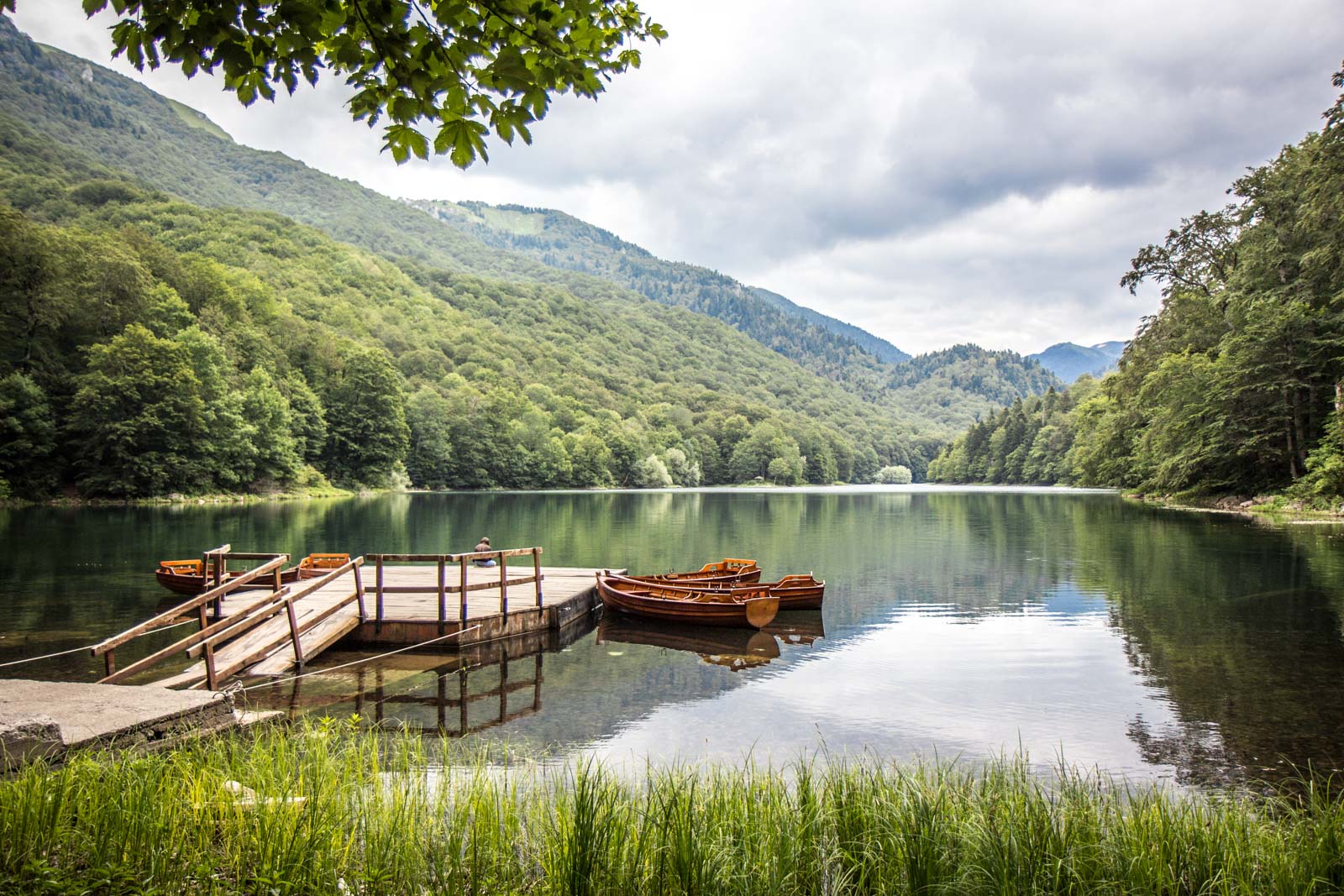 Most of the action in Montenegro is along the coast, especially in summer when the beaches are a bigger drawcard than the snowless ski slopes of the mountain region. But I’m glad this is where I have started my time in this country.

It’s more beautiful than any other natural areas I have seen in this part of the world so far and it’s inspiring in its serenity. WANT TO KNOW MORE ABOUT MONTENEGRO?

To help you plan your trip to Montenegro:

You may also want to consider taking a tour of Montenegro, rather than organising everything on your own. It’s also a nice way to have company if you are travelling solo.

I am a ‘Wanderer’ with G Adventures and they have great tours in Montenegro.