The history of George Town is on its walls – the cartoon art made from steel rods scattered through the old part of the city tells the story of the development here.

The heritage of George Town is in its buildings, capturing the different communities that have come to this island and brought a slice of home with them.

And the culture of George Town is on the streets, most vibrantly obvious in the food stalls and roadside restaurants that serve up dozens of authentically traditional dishes.

But what about the future? Can you see that here in George Town?

Well, I think you can.

The future of George Town is on display in the street art that has appeared in the past few years. It’s usually hard to put an exact date on the start of a street art scene in a city and George Town, like anywhere else, has had some form of graffiti or artistic expression on walls as far back as anyone can remember.

But, unlike most cities, there was a particular time when everything changed. It was the George Town Festival in June 2012. 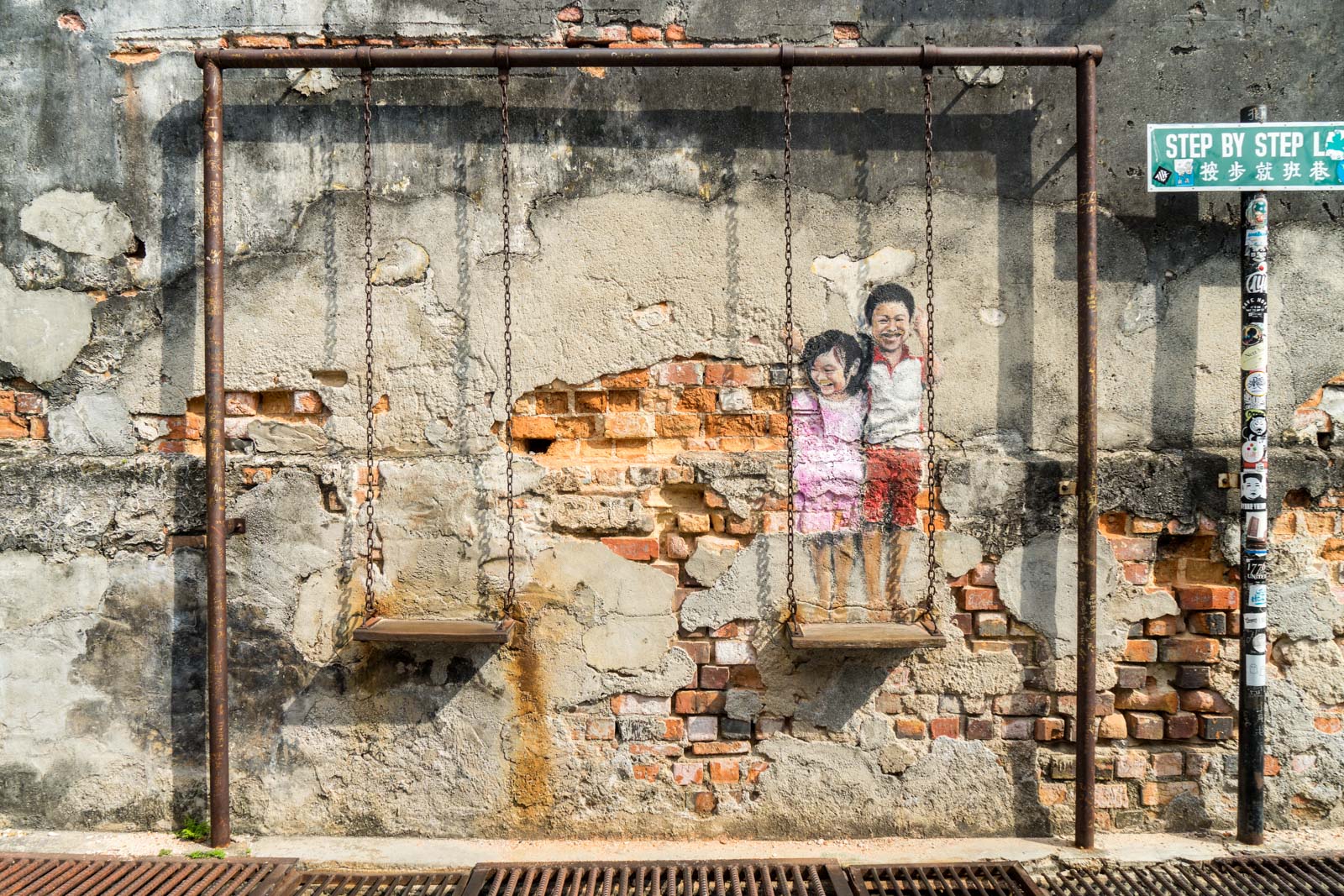 This was the event when Lithuanian artist Ernest Zacharevic painted eight murals across the city. He had already done a couple in the previous year but they had received very little attention.

These new ones, though, they went viral on social media and suddenly every second tourist was posing in front of them for photos (and, I should note, still are!)

>> You can also see Zacharevic's art in Ipoh 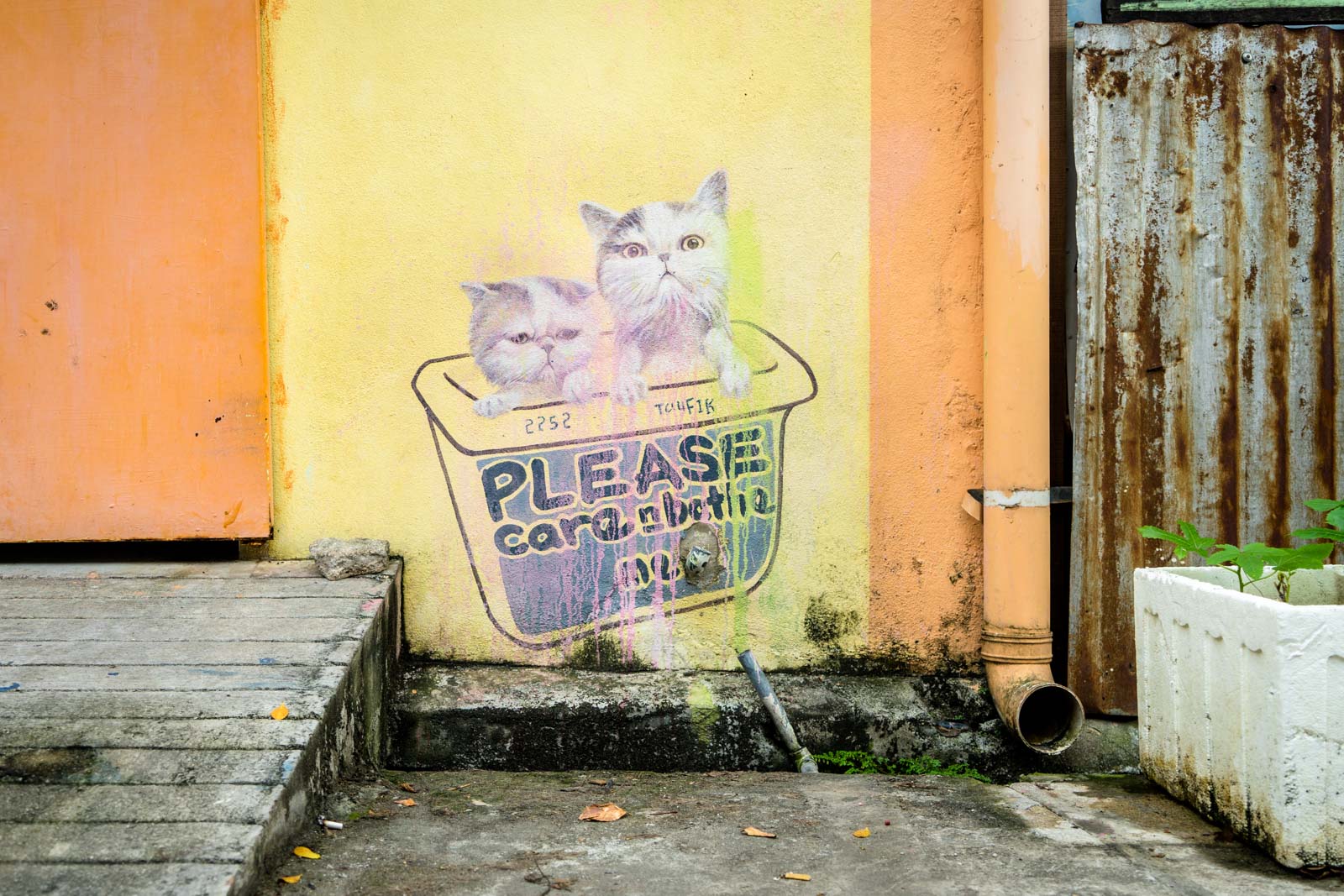 Suddenly George Town was seen as a street art destination and more artists came to the city to paint their images – and locals joined in as well. The local government and tourism officials encouraged it and street art moved quickly from the subversive into the mainstream.

So, why do I say this shows the future? 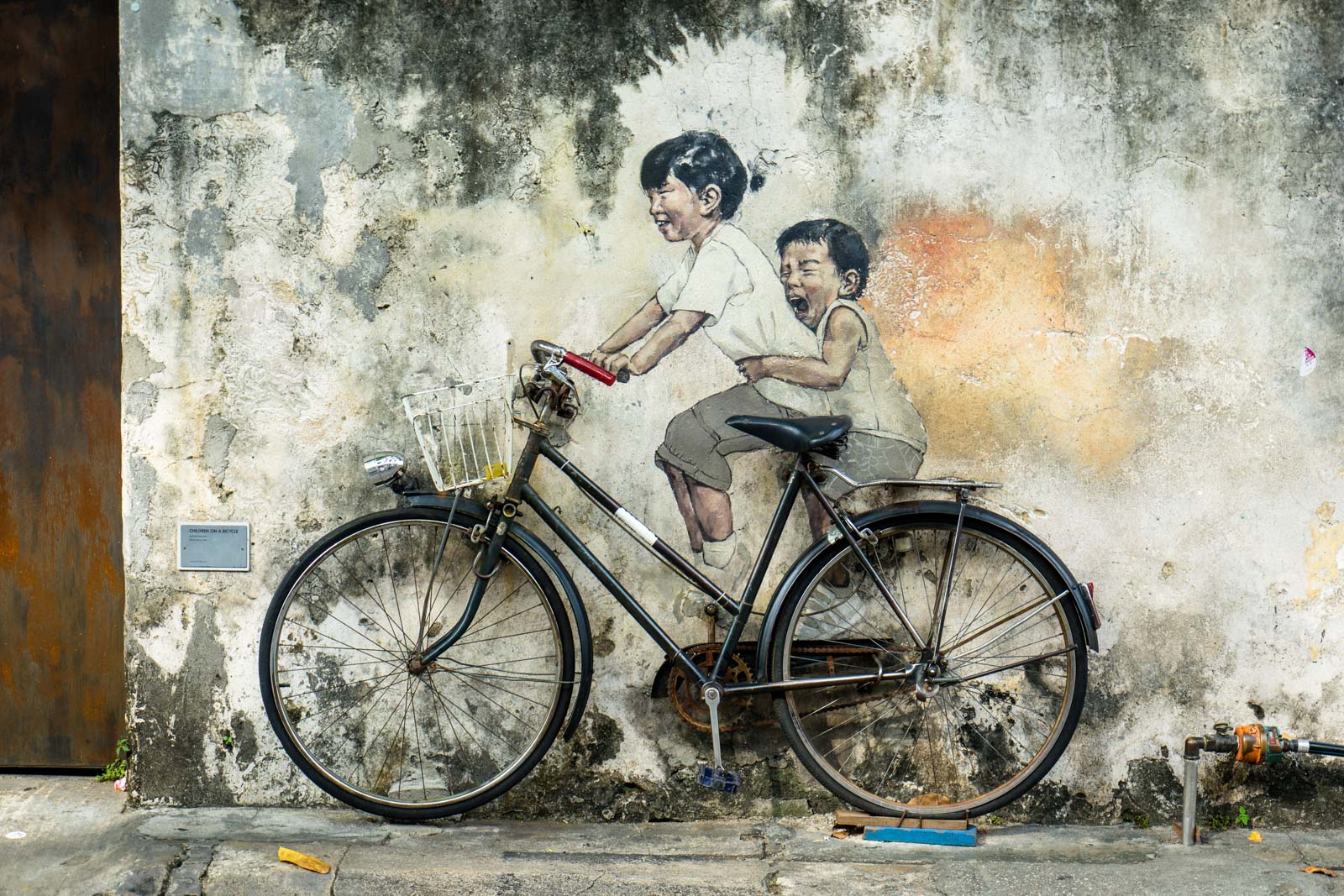 It’s an interesting question because much of the art actually has an element of nostalgia in it.

Some pieces look back fondly on a childhood in Penang a generation ago before modern globalisation started to creep in. There are also pieces that are more critical, bemoaning the loss of cultural institutions and traditions. But, regardless, they are an outlet for the creative voices of the younger generation – those who will shape the future of this city.

They may have one eye on the past but they are very much looking ahead. And in the art they are painting on the walls, you can see the influence of the advancements that are ahead of us all. 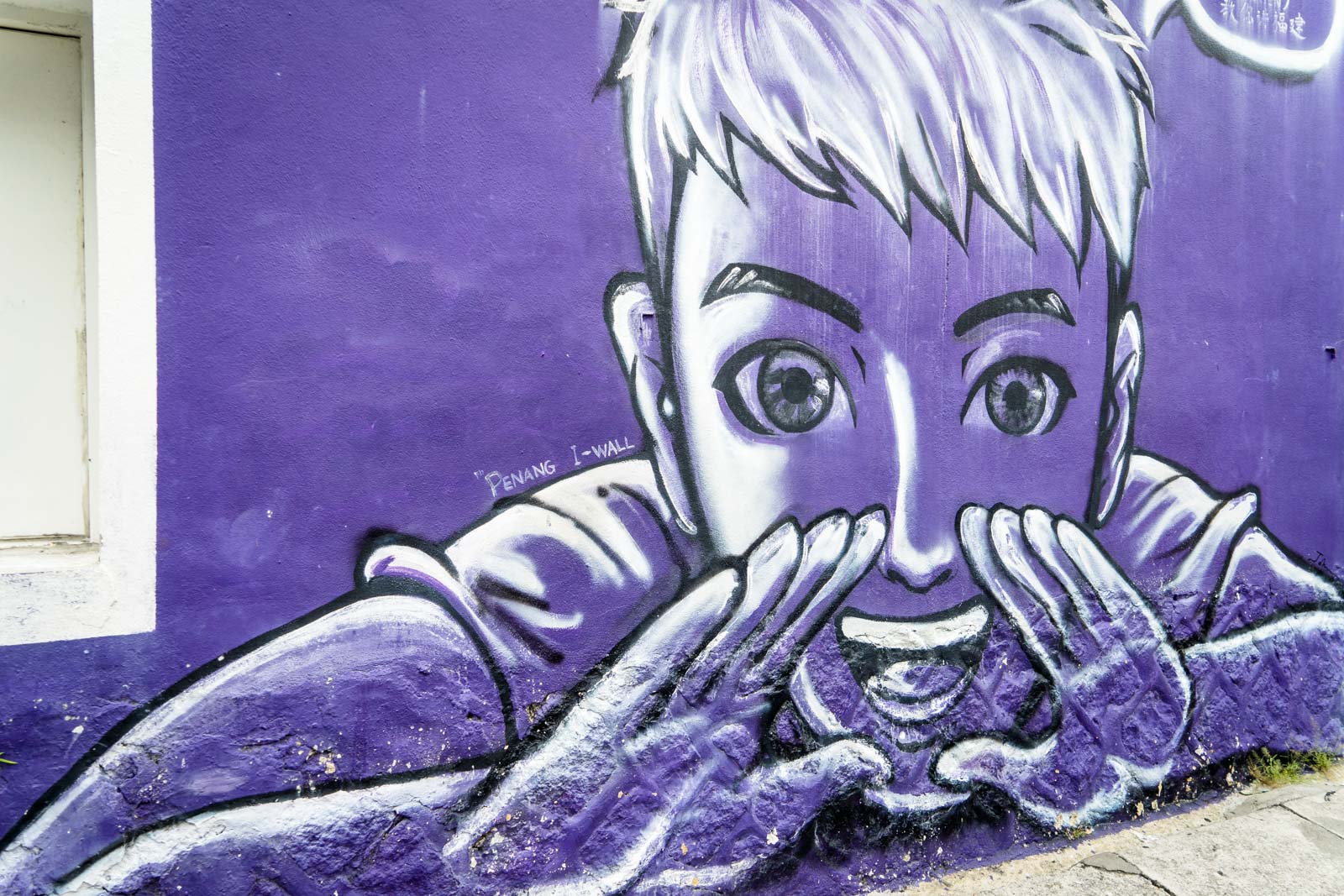 If you are interested in seeing some of the street art in George Town, Penang, then you can use this map I have put together.

If you’re using your smartphone, just click on the icon in the top right to open the map in your Google Maps app and all of the markers will load up. Then, as you walk around, you can see whether you’re close to something significant and you can go and have a look at it.

You’ll notice that I have also included other artworks, heritage sites, and some food recommendations on the map. 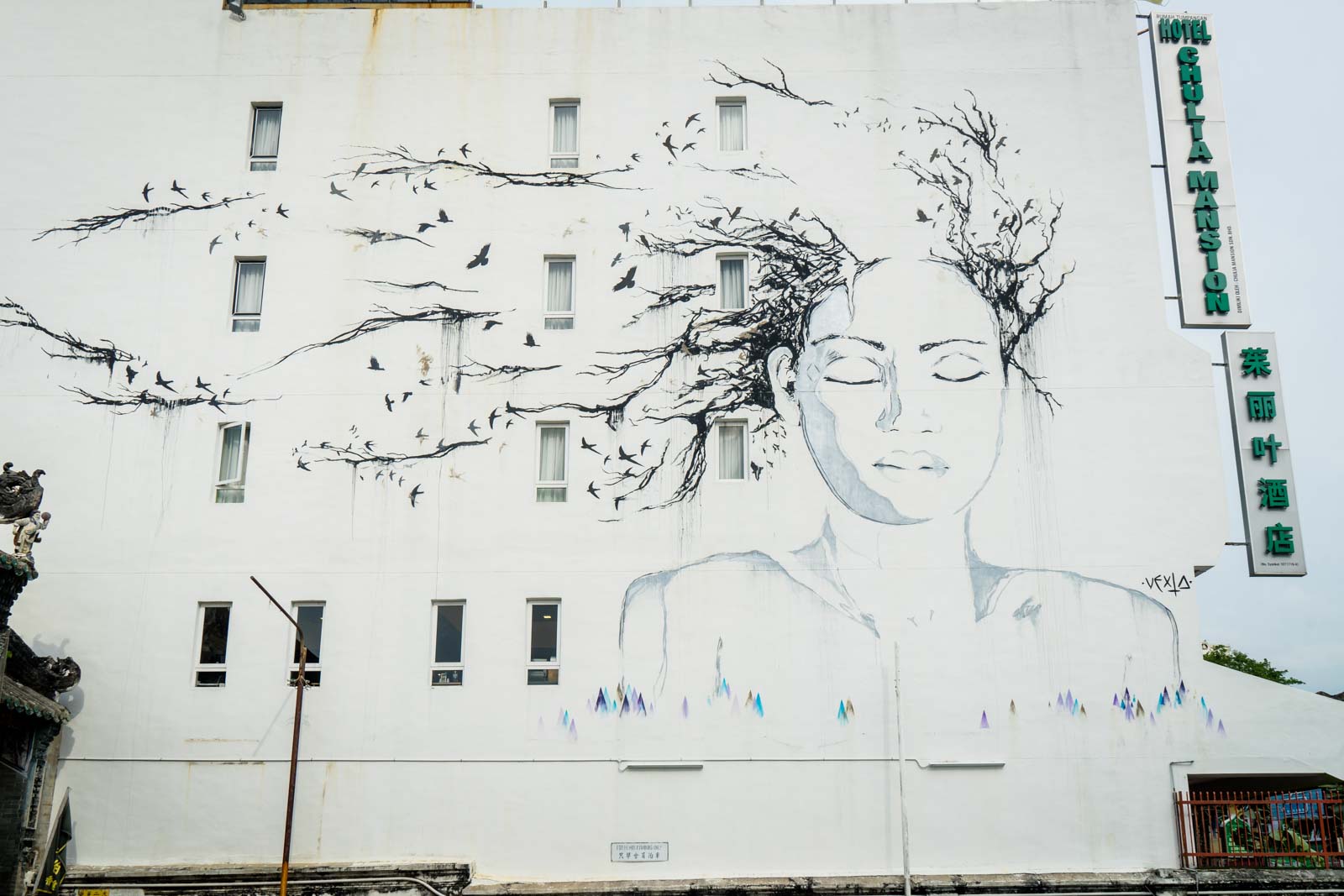 One of the layers in the map is for the cartoon-like artworks made from steel rods that are spread throughout the World Heritage area of George Town. These came before much of the street art that’s currently visible in the city and we should not underplay the influence they have had in the art scene today.

The steel artworks were part of the ‘Marking George Town’ project in 2009 when artists were asked to propose an idea that used not a wall, but a whole city as a canvas. 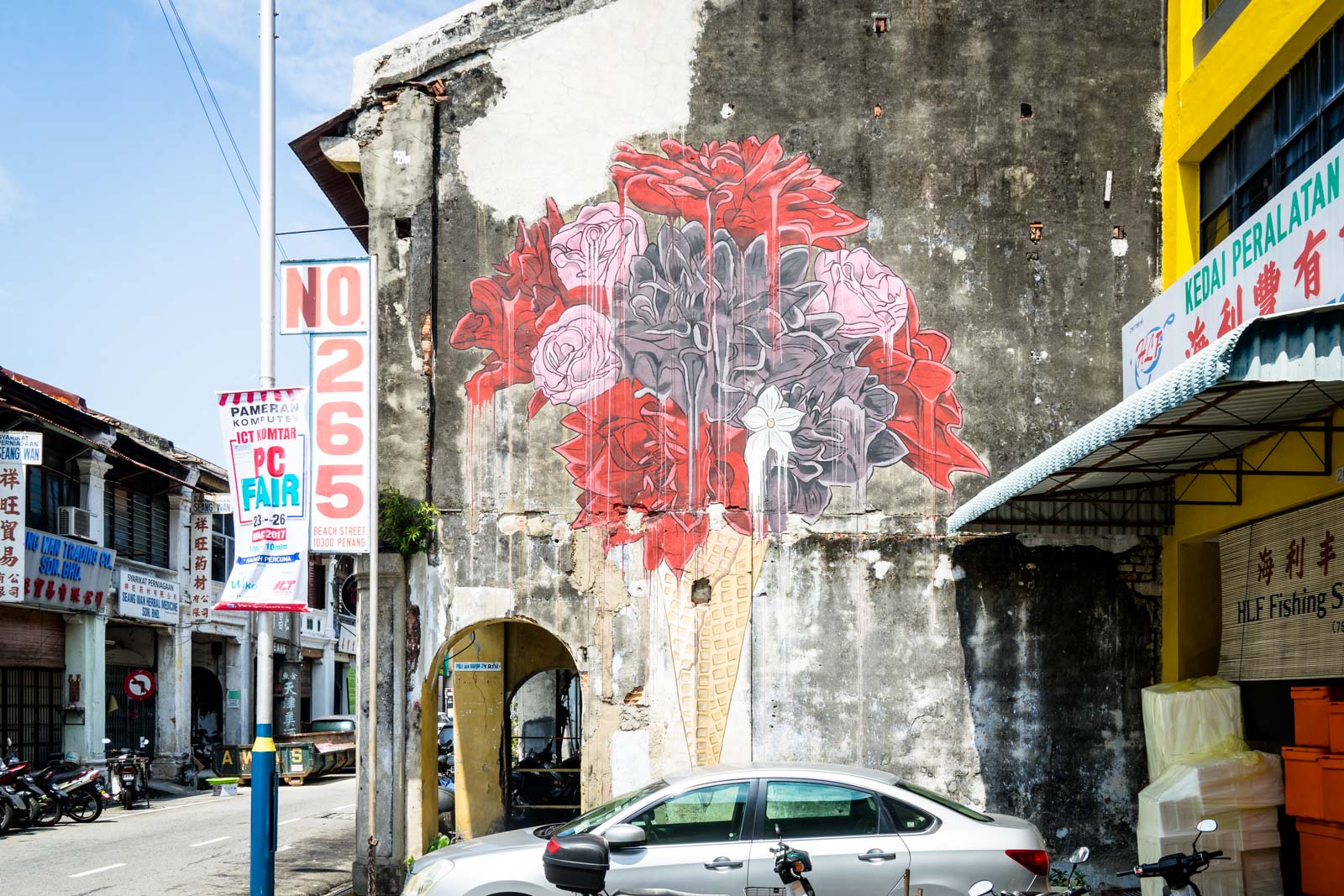 There is some concern about the proliferation of the wall murals in George Town, where new ones seem to constantly appear.

One argument against them is that it is taking away from the important heritage landscape in the colonial trading centre.

Another is that they are becoming too commercialised and it’s now not about the art itself but about a gimmick to draw tourists to a particular shop or restaurant. 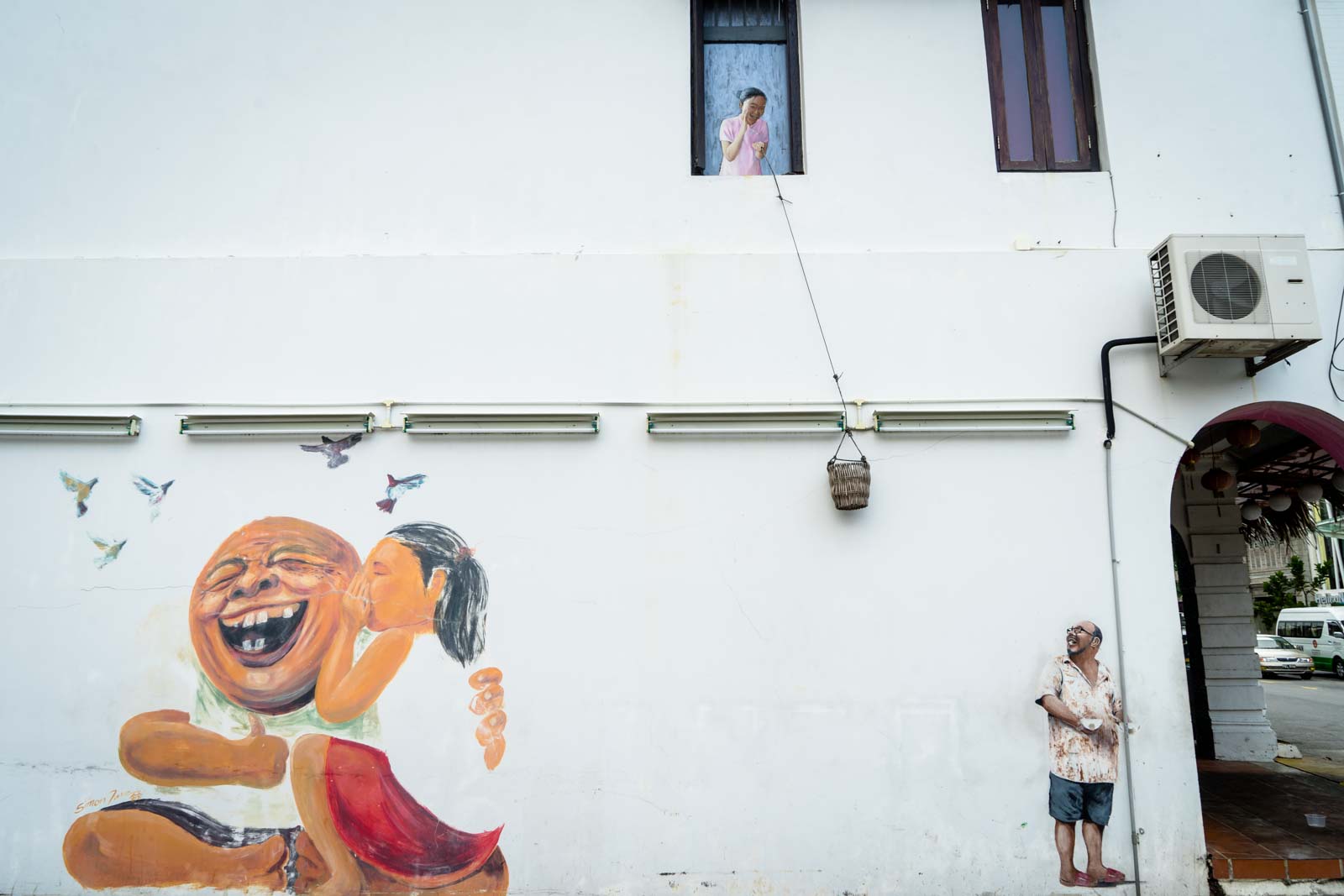 Whatever you think about those arguments, what you can’t deny is that the artwork has changed George Town to a certain extent. It adds another dramatically-visual layer to a city of multiculturalism and expansionist history.

It’s another reason for people to visit that didn’t exist 10 years ago.

It’s in this perspective that I see the future of George Town painted in plain sight.

Yes, there are quite a few good tours in George Town. If you are particularly interested in the street art, then I would suggest this half day art tour.

There are also great tours that will show you the history and the culture. If that's what you're after, I would recommend one of these three options:

If you’re looking for a budget option, you've got to try the super cool Container Hotel.
A good cheap and comfortable option is one of the ZEN Rooms hotels (there are a few in the city).
For a boutique heritage hotel, I would suggest Cheong Fatt Tze - The Blue Mansion.
And for the ultimate splurge, you can't go past the gorgeous Macalister Mansion. 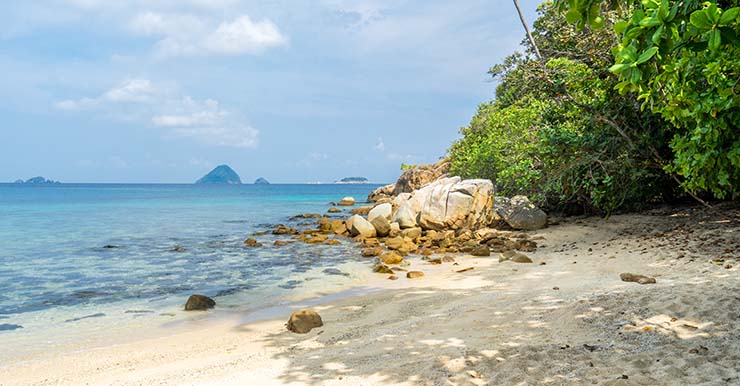