There was a time when the main industries in Costa Rica revolved around agriculture.

Bananas, coffee and pineapples from the lush green grounds of the Central American paradise lined the pockets of the locals and the foreign companies investing in them.

But, with big money and big business, these weren’t sustainable and environmentally-friendly enterprises.

Agriculture needs land, it sucks water and, on a commercial scale, it uses toxic chemicals. 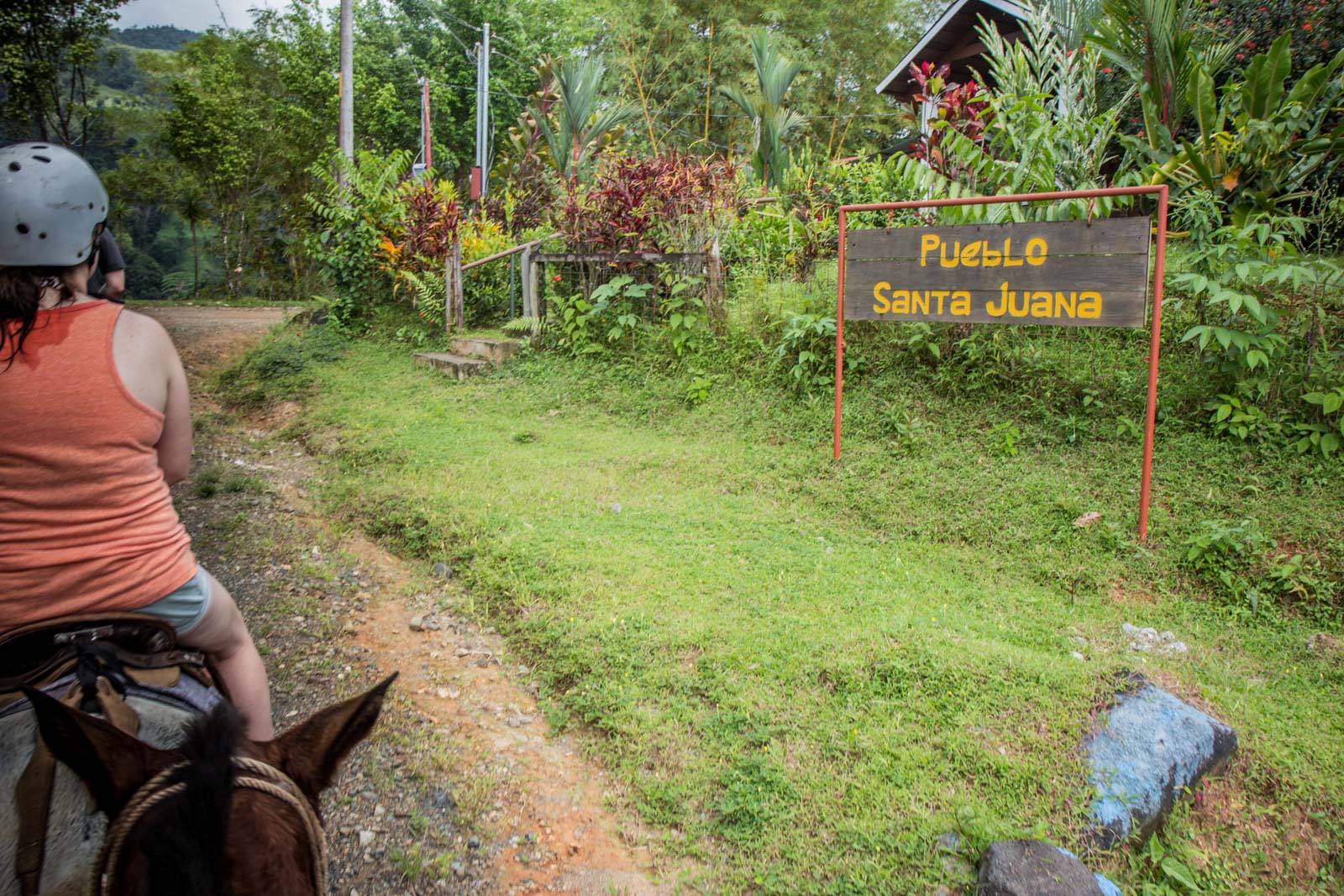 As the Costa Rican economy moved more towards tourism in the 1980s – particularly ecotourism – there needed to be a shift in attitude from people on the ground.

An expansion of agriculture was going to be harder as more land became protected. But what do you do if you’re a local farmer who only knows how to farm and needs more space to plant crops to feed a growing community? 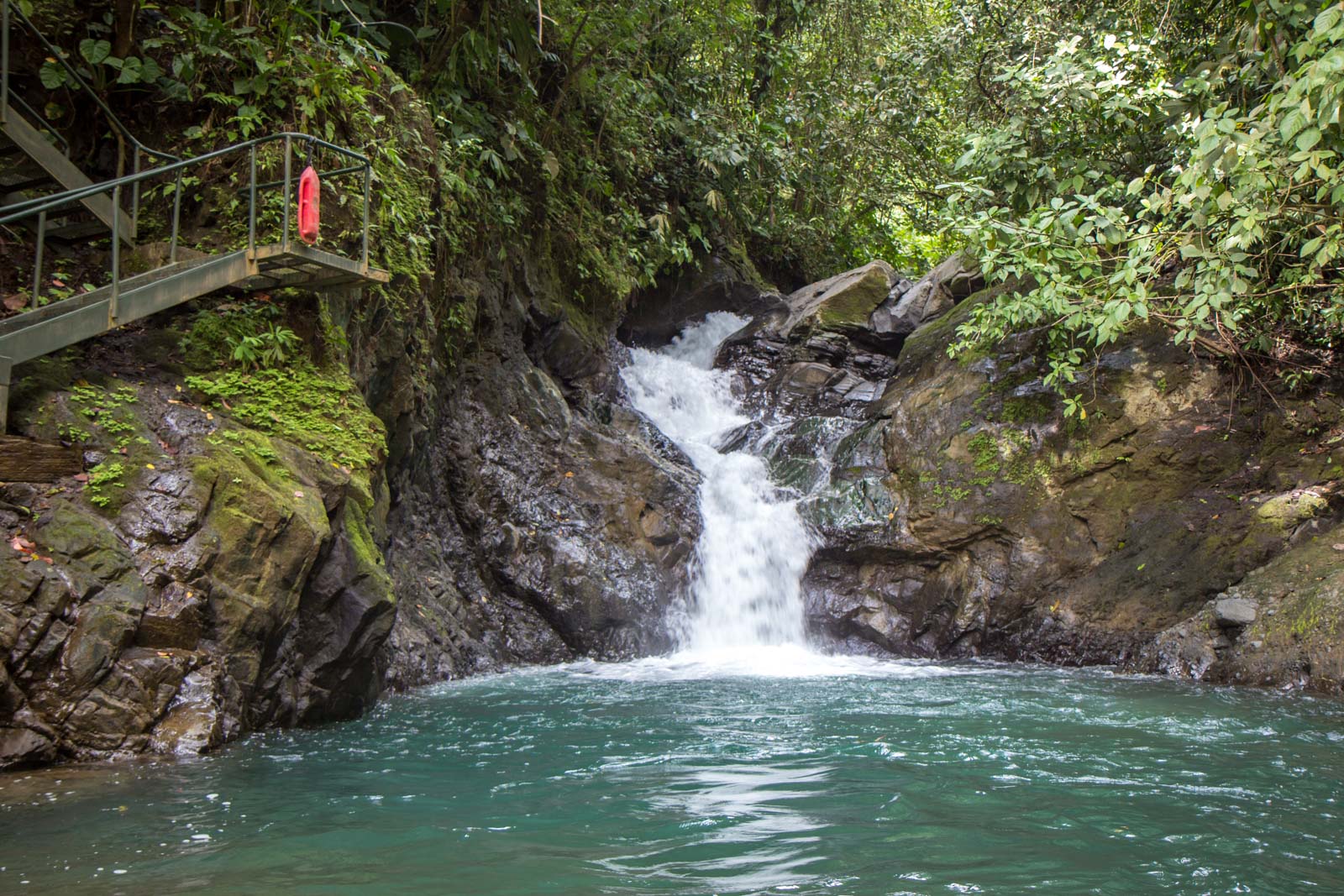 Well, to answer that question, lets look to the settlement of Santa Juana, about an hour’s drive into the hills above the Pacific town of Quepos.

To get there you drive along gravel roads, through rivers and past farm animals staring with a mix of nonchalance and annoyance.

This is rural Costa Rica, where agriculture meets the wilderness. A toucan is likely to flap its way over the top of a cow. At Santa Juana itself, the local people have been forced to embrace both of these sides of their environment. For many years they illegally cut down the natural jungle around them to increase their farmland and they hunted local animals for food. The Santa Juana residents were not doing this because they wanted to break the rules, but for survival – because it was the only way they could see to keep their community together.

Even then it wasn’t working well enough. Young men were being forced to leave the settlement and live in bigger towns and cities to get jobs.

Even older men were having to leave their families behind to go and search for employment.

Santa Juana was destroying the surrounding environment and still tearing itself apart. This is the point in the story where tourism steps in.

Several years ago, ecofriendly businessman Jim Damalas had an idea to preserve the rural heritage at Santa Juana and use that to also benefit the community.

He developed a daytrip that tourists could take to see the area and get a glimpse into the lifestyles of locals in this part of Costa Rica. The tour is run through his Si Como No hotel and he invited me to experience it for myself. 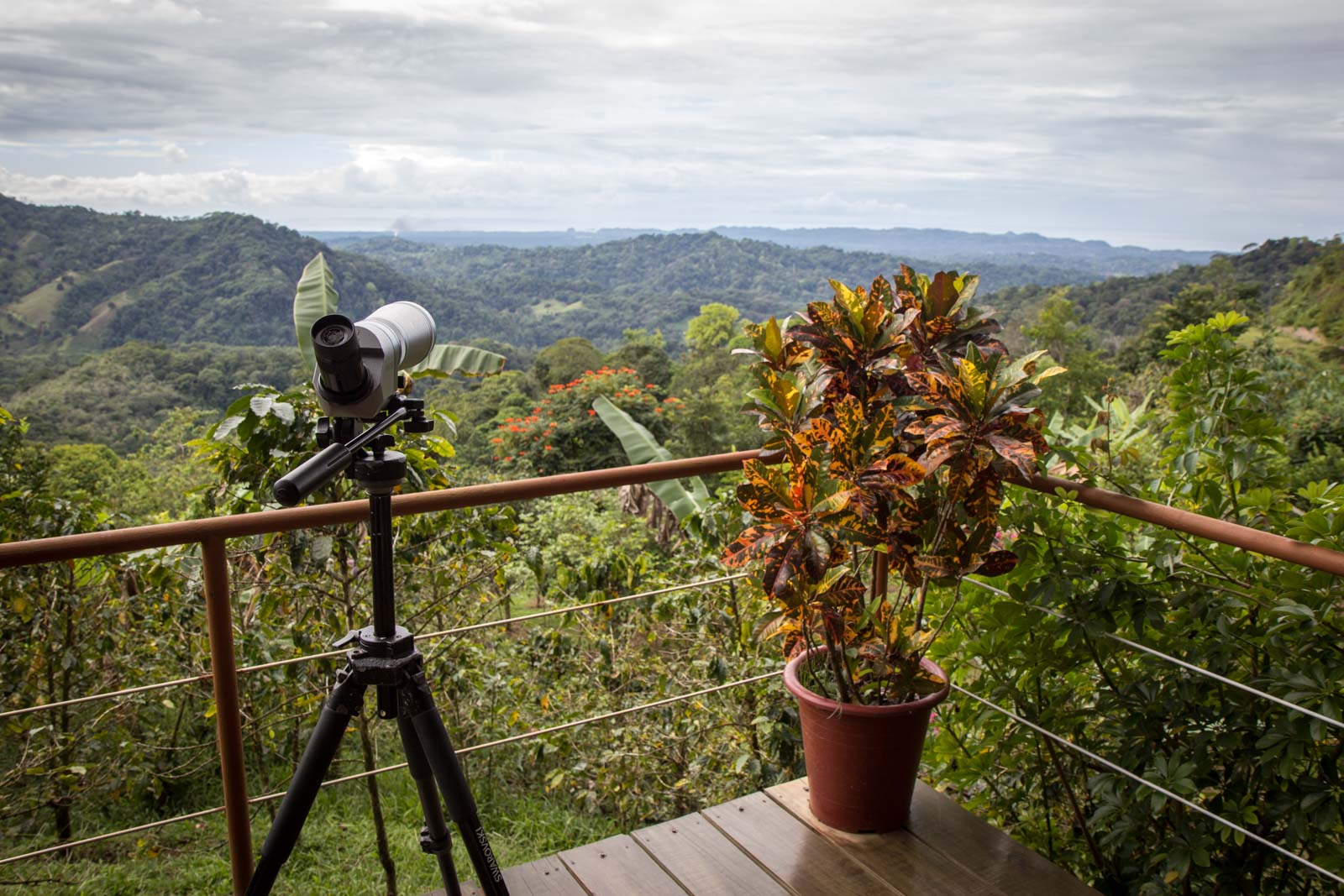 Sitting on the terrace of a small wooden building in Santa Juana, I can see out across forests and palm plantations all the way to the sea. Behind me in the kitchen, Roxanna Vindas is preparing lunch.

She’s one of nine people from the settlement who works directly on the tours. The others do maintenance, lead horseriding, or do demonstrations. 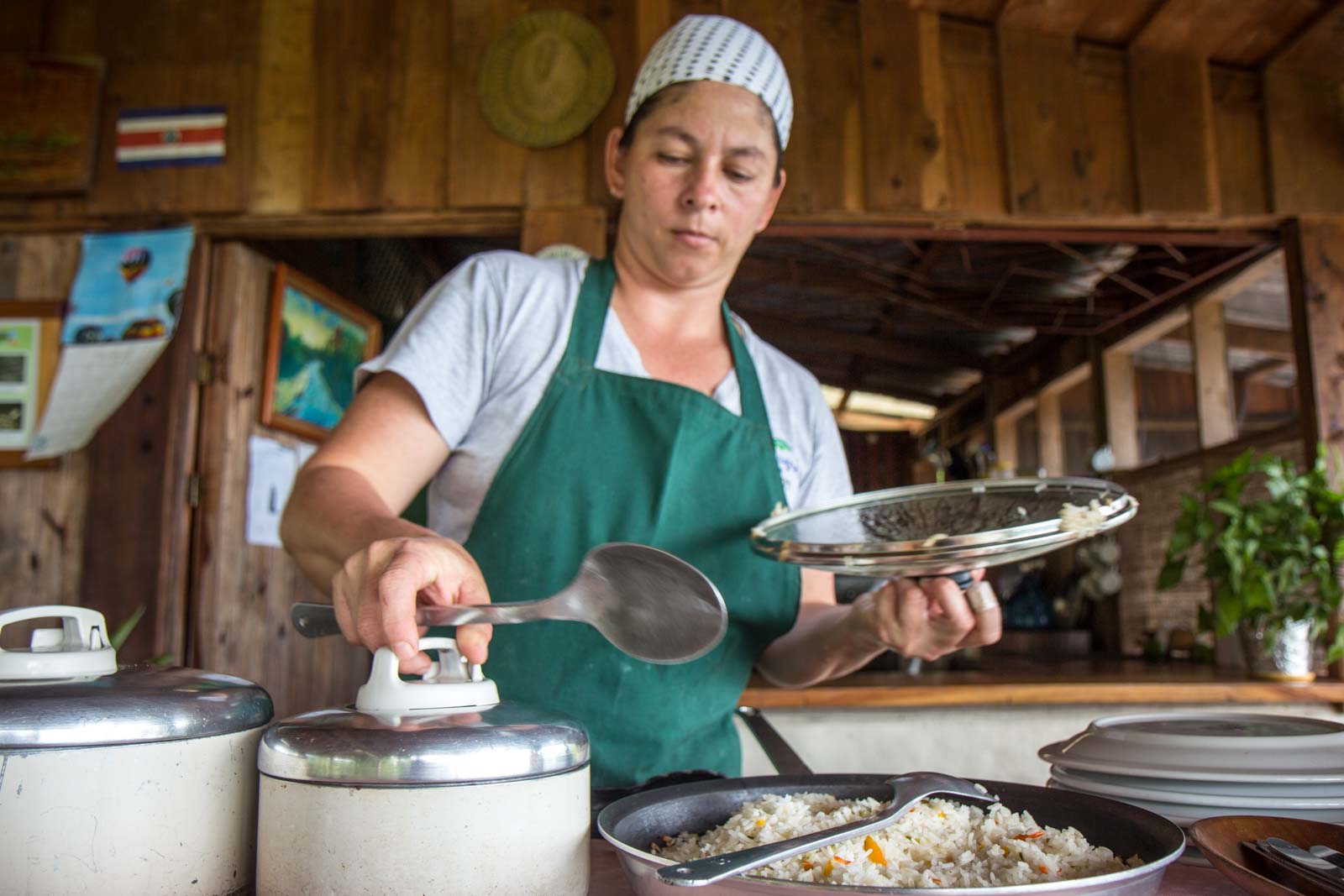 Roxanna is happy to chat and I ask how things were here before they started bringing tourists in.

“When the family gets bigger and need more crops, we cut down forests,” she explains.

“That is why we need to continue to chop down the forest for agriculture. But now we have more money to support the families.”

“We did that because we needed to. Probably we know it was wrong but we had a need.” “The families stay together,” she says. “The members of the community don’t need to go to other places to work.”

“And we have stability. We have payments every fifteen days.”

What about the tourists? What do they get out of it? Well, the tour has several parts. Firstly you have some breakfast and coffee with Roxanna on the terrace, then another one of the community members will give you a demonstration of how oxen used to be used to make sugar cane juice.

After that, the guide from the hotel who has accompanied you from Manuel Antonio will take you through the jungle for an hour or so and point out the flora and fauna.

Then there’s time for a swim at a waterfall, a demonstration of local fishing, about thirty minutes of horseriding and then lunch made by Roxanna. All in all, it’s a busy day full of activities.

From my perspective, the jungle trek was the most interesting with some excellent little details and background about the local ecosystem.

I was a bit disappointed there weren’t more opportunities to see a slice of real life in Santa Juana – the demonstrations felt staged (as they were) and it wasn’t clear what the other members of the community were doing that day.

Then again, nobody likes to feel as if they’re living in a zoo. There’s a fine line between natural interaction and strangers poking their head in through the door of the school every day. 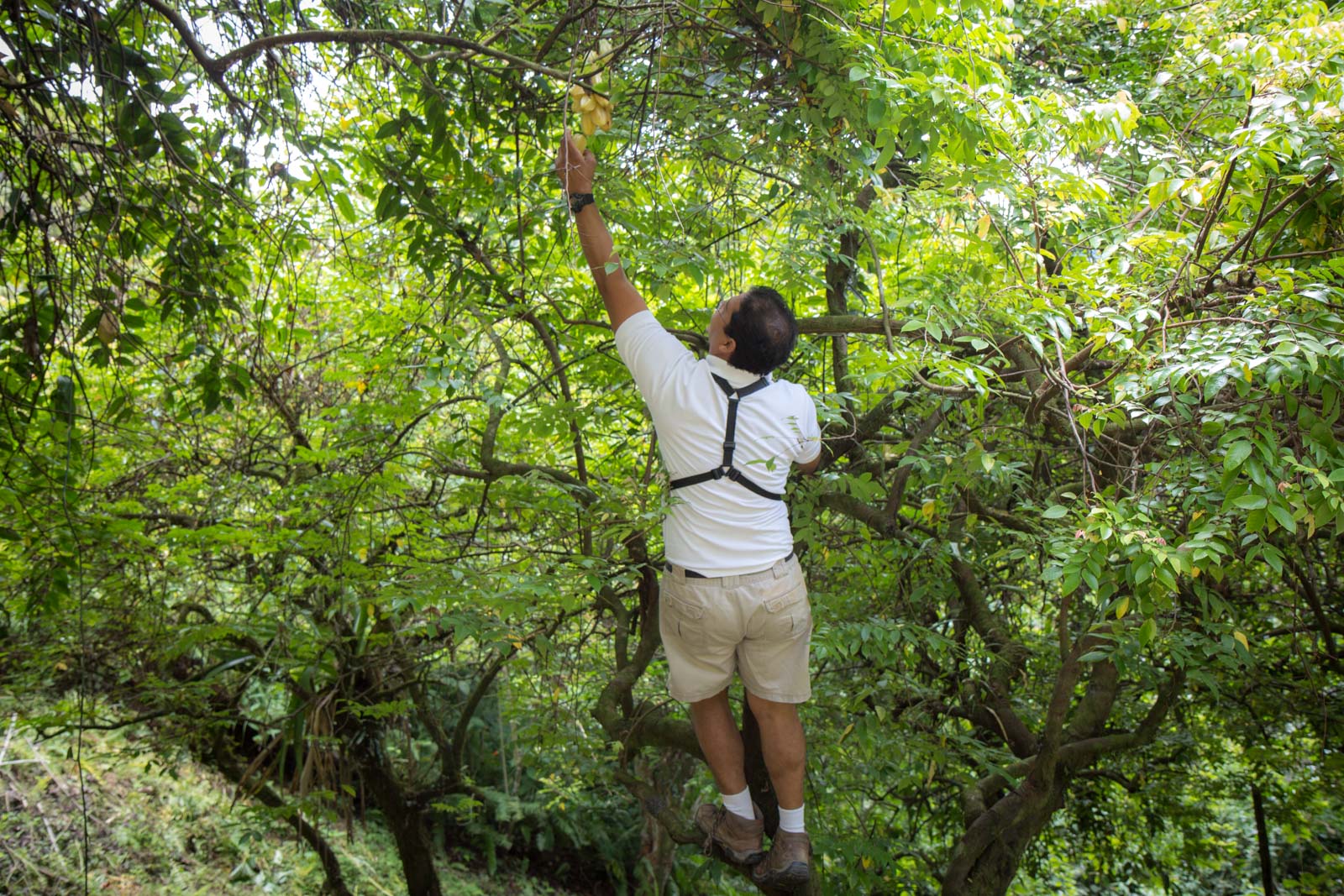 What is clear is that this shift from a reliance on agriculture to a supplementation with tourism is working for communities like Santa Juana. It’s sustainable and it benefits everyone.

Ecotourism is about much more than protecting the environment around us… it’s about making a responsible difference to communities like this as well.