A flock of geese flies overhead. Nearby, I can hear a willow warbler’s call – a sound fitting for its name. In the water ahead, thousands of ducks sit peacefully.

Here, on the edge of Finland’s Liminka Bay, is one of the best bird watching spots in the world.

More than 160 bird species makes their nests here and up to 200 species spend some time in the area each year. The number of wings in the sky above would give an air traffic controller nightmares. The nearby Oulu airport pales in comparison.

There’s an eagle in the distance, gracefully gliding in circles. The other birds are keeping their distance. I wish I could get closer. I probably wouldn’t have spotted the eagle if it wasn’t for Jari Peltomäki, a world-famous wildlife photographer. Although he travels the globe to find the most interesting locations for his work, it’s Finland that is always his favourite. It is, after all, home.

Jari first came to Liminka Bay for bird watching in 1984 – thirty years ago. It started his love affair with the area and he began to get involved in conservation issues here in the late 1980s.

He now helps other people find the same passion he has for this region through his wildlife tours and photography business, Finnature. 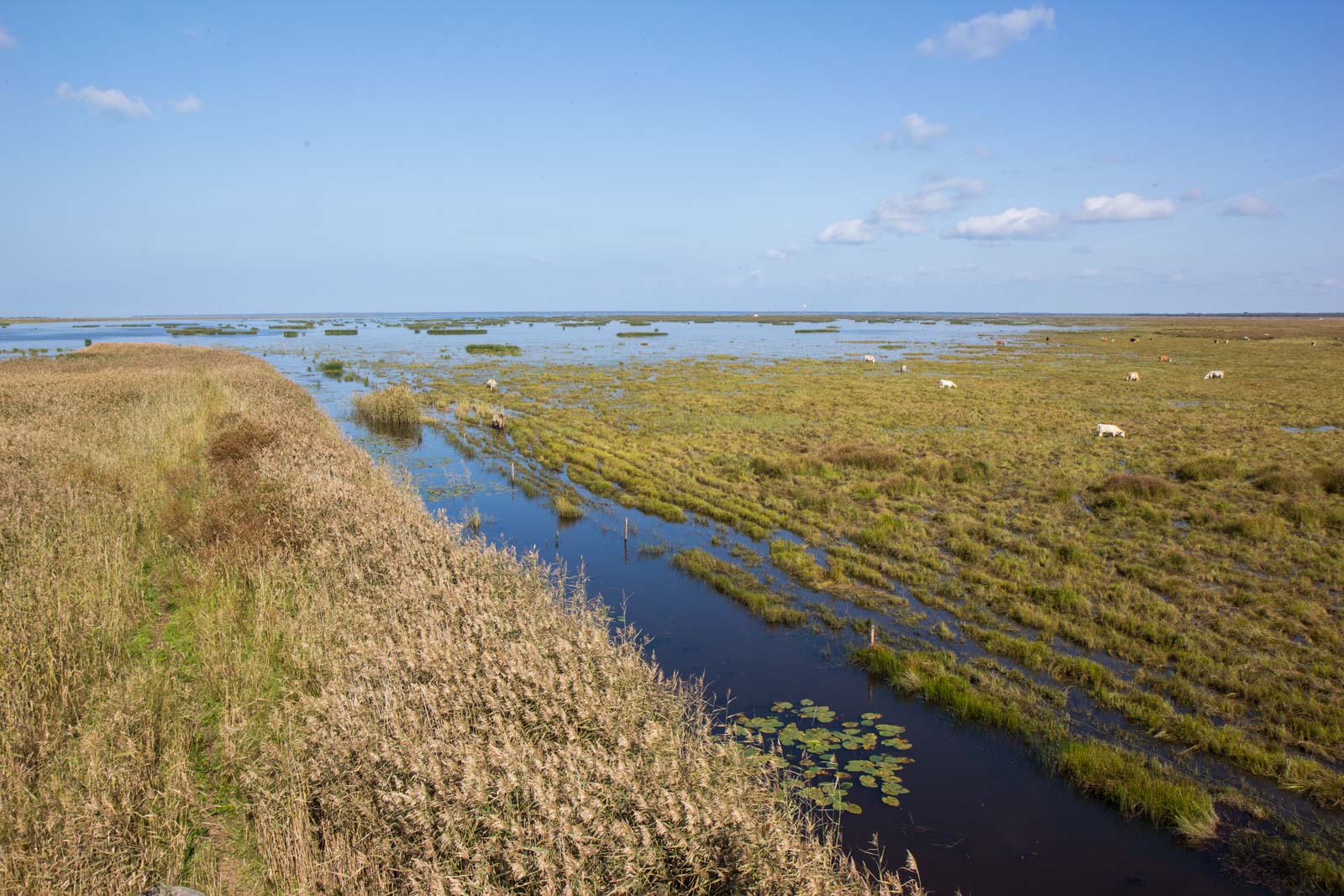 “There is always a certain place that is good for some species,” he explains to me.

“So there are always these hotspots in the world and it’s very popular kind of tourism nowadays.”

Jari Peltomäki says that wildlife photography tourism has boomed over the past decade – maybe by as much as a hundredfold. He guesses that the shift from film to digital has been one of the main reasons, although an increasing appreciation of the environment is also a factor. 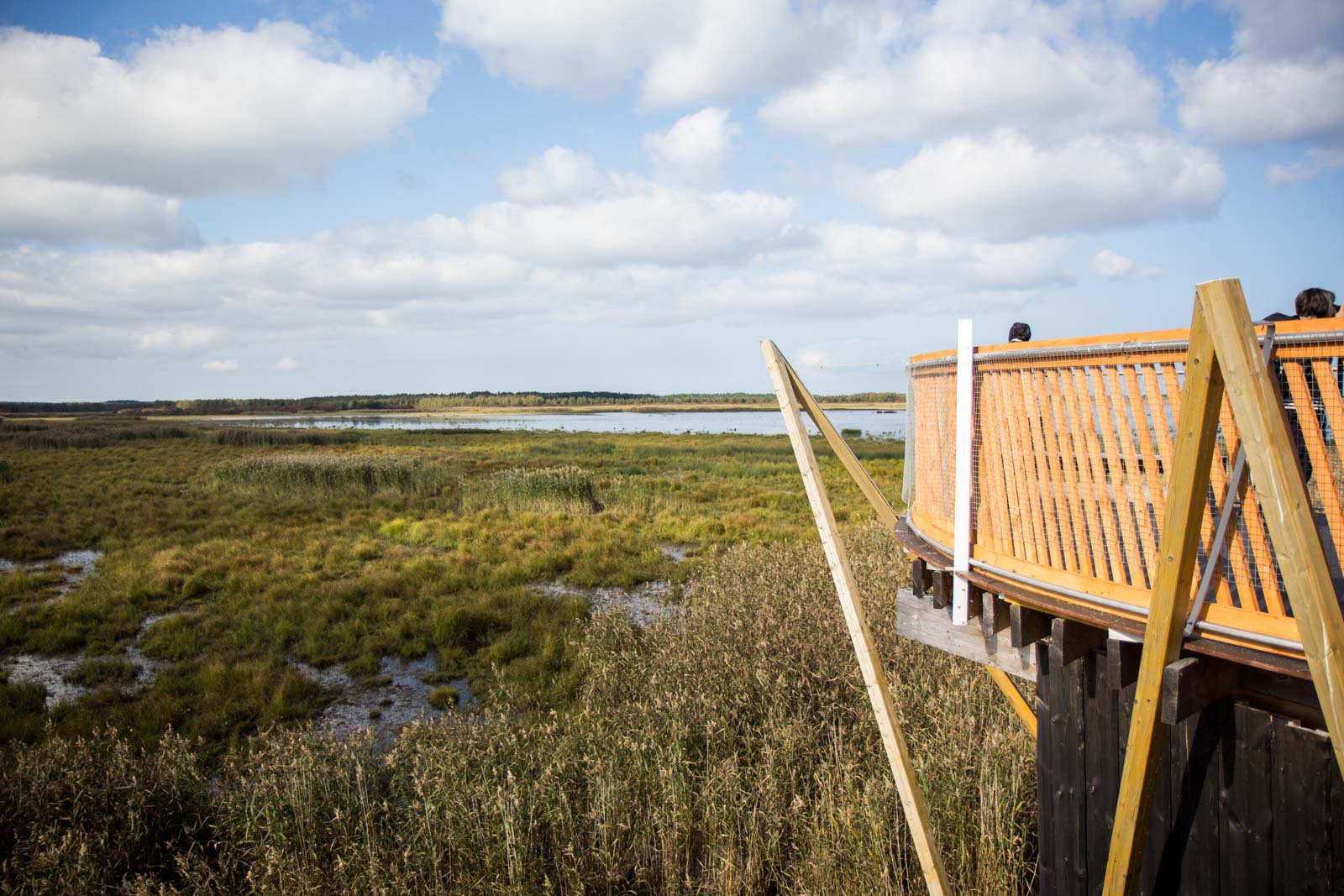 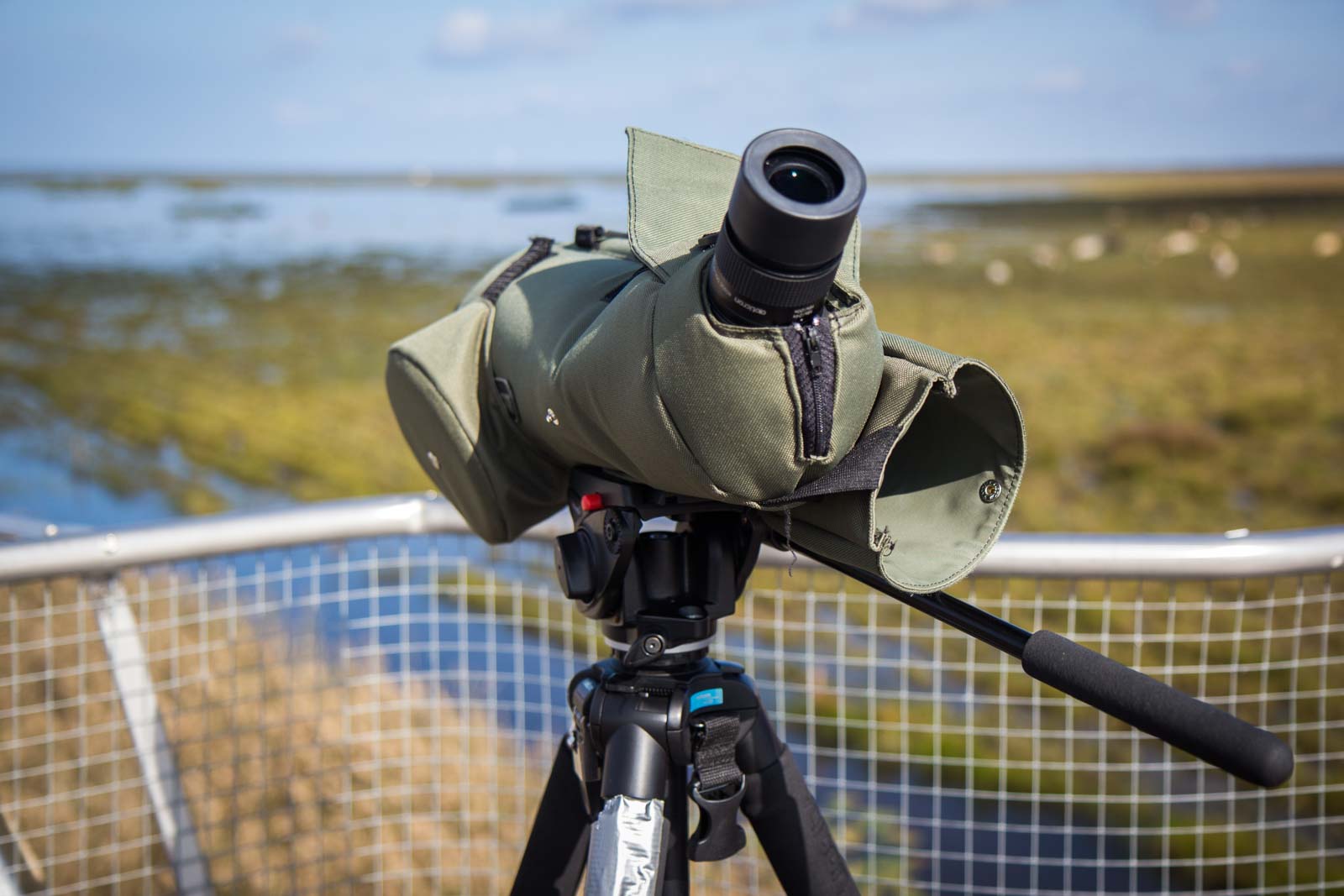 “Oh look,” Jari interrupts our conversation. “There’s a curlew flying over there now!”

We’re standing on a large wooden viewing platform at the shoreline of the bay, on the top level fashioned as an outdoor deck. There’s another level below us that’s enclosed and has small windows for cameras to poke out.

I look up at the sky where he is pointing. “It looks like a dot to me,” I respond, as I squint a bit to no avail.

“Yeah, it’s the flight style and I think I can hear it calling too.”

The bird’s at least a couple of hundred metres away, I estimate. Jari checks it with his pair of binoculars.

“Yeah, it is a curlew,” he says. “I’ve been doing this for a long time so I can identify many birds just by looking at them without binoculars.” 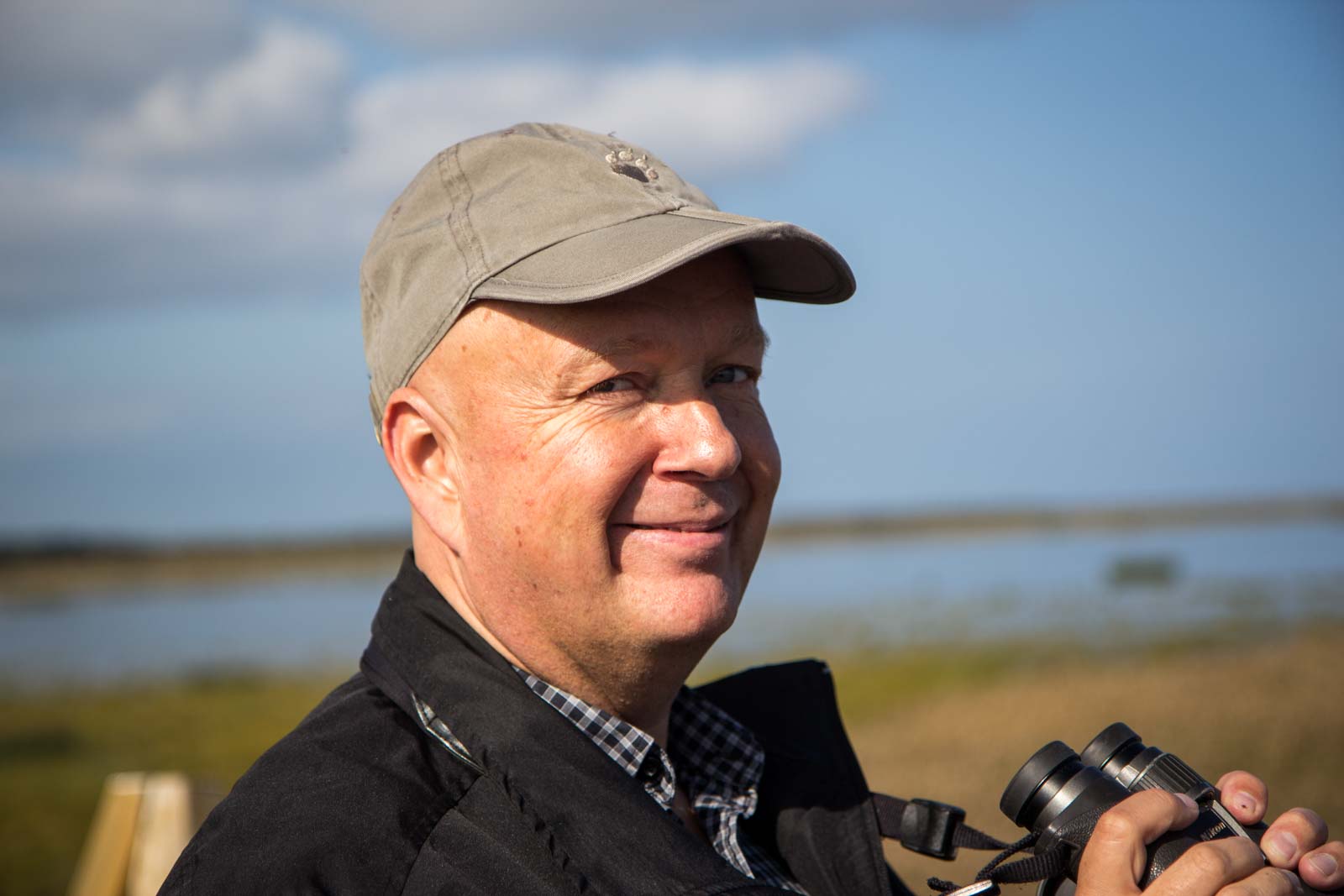 It’s this expert knowledge that can only be gained by decades of experience that makes Jari’s wildlife and photography tours so popular. Visitors from as far away as China come here to this part of Finland to take photos of the birds and working with a local makes the experience much more rewarding.

I suspect that many of the tourists are also drawn in – if not at first, then by the end of their stay – with Jari’s passion for conservation. It goes hand in hand with his career as a photographer. 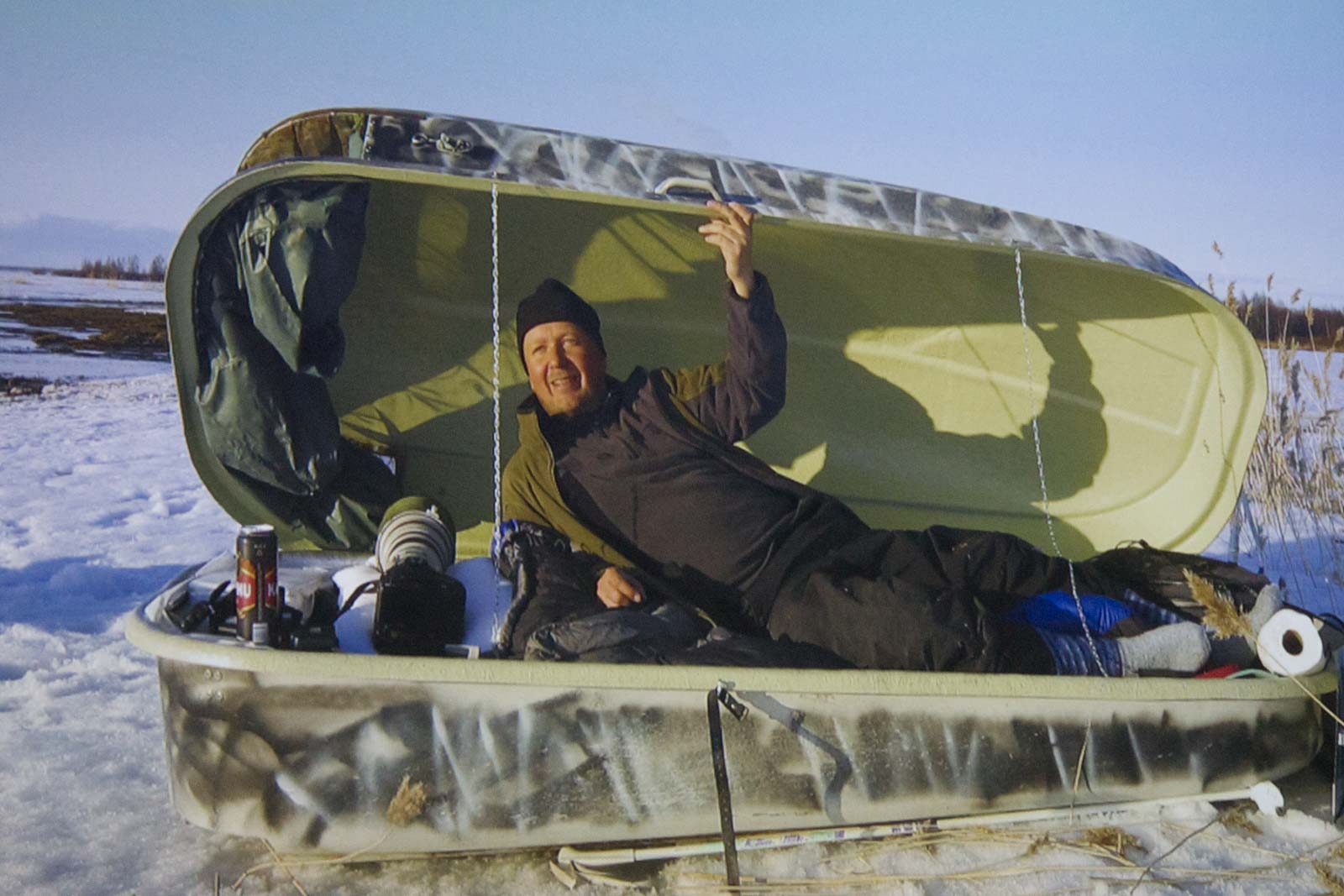 “With great pictures we can shape the decision-makers and the wider public that think ‘oh, it’s such a beautiful wildlife, that’s worth protecting’.”

“So,” he continues, “with the good pictures, you can actually protect the wildlife by showing to the public and with beautiful pictures you can make a difference.”

“But one more important thing with wildlife photography tourism is, for example, in India, there wouldn’t be any tigers left in the whole country without tourism. The tourists are bringing in the money and people are proud to show the tigers.”

“You can actually photograph the same animal thousands of times but you can only shoot it once and you can only eat it once, so that makes a huge difference.” 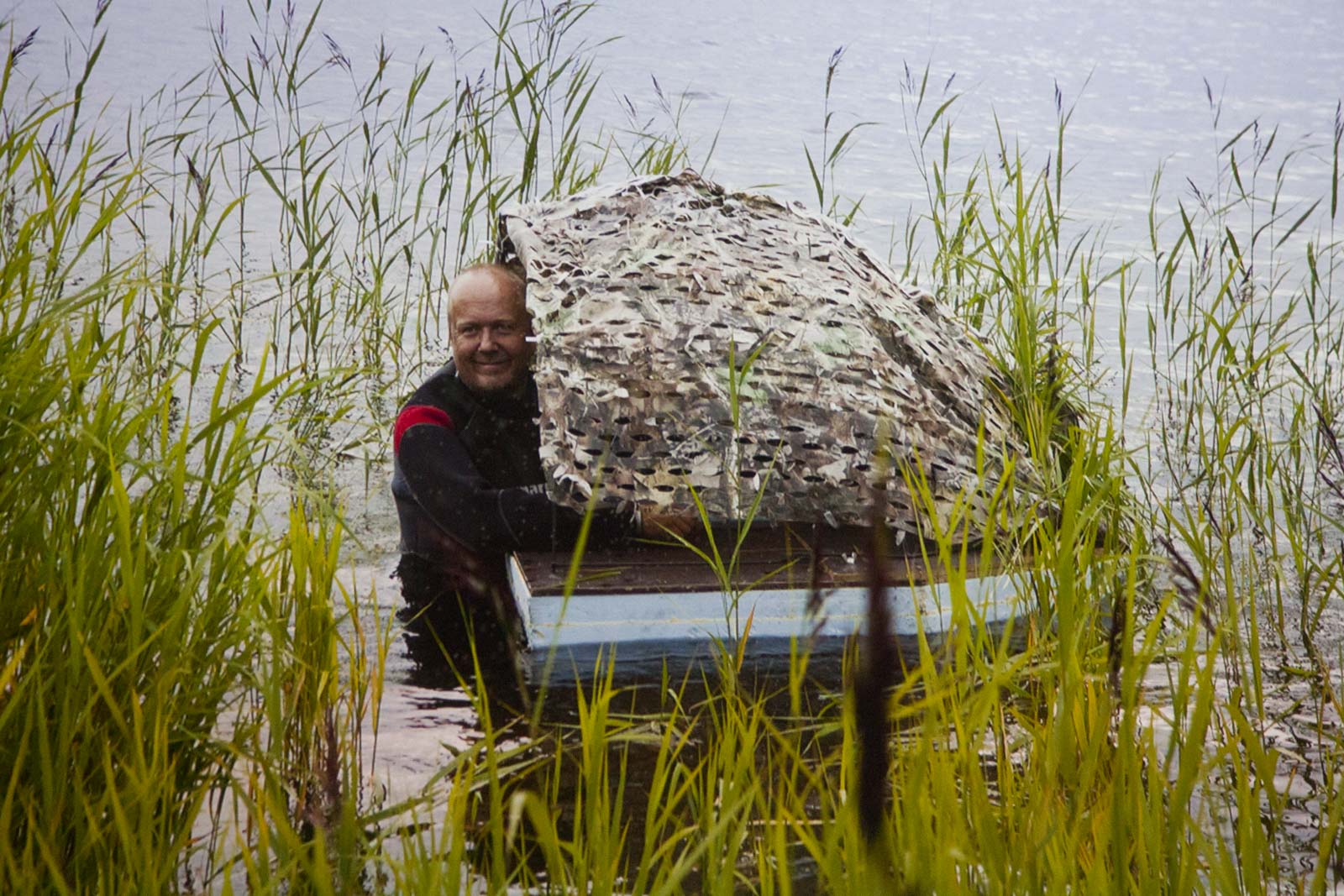 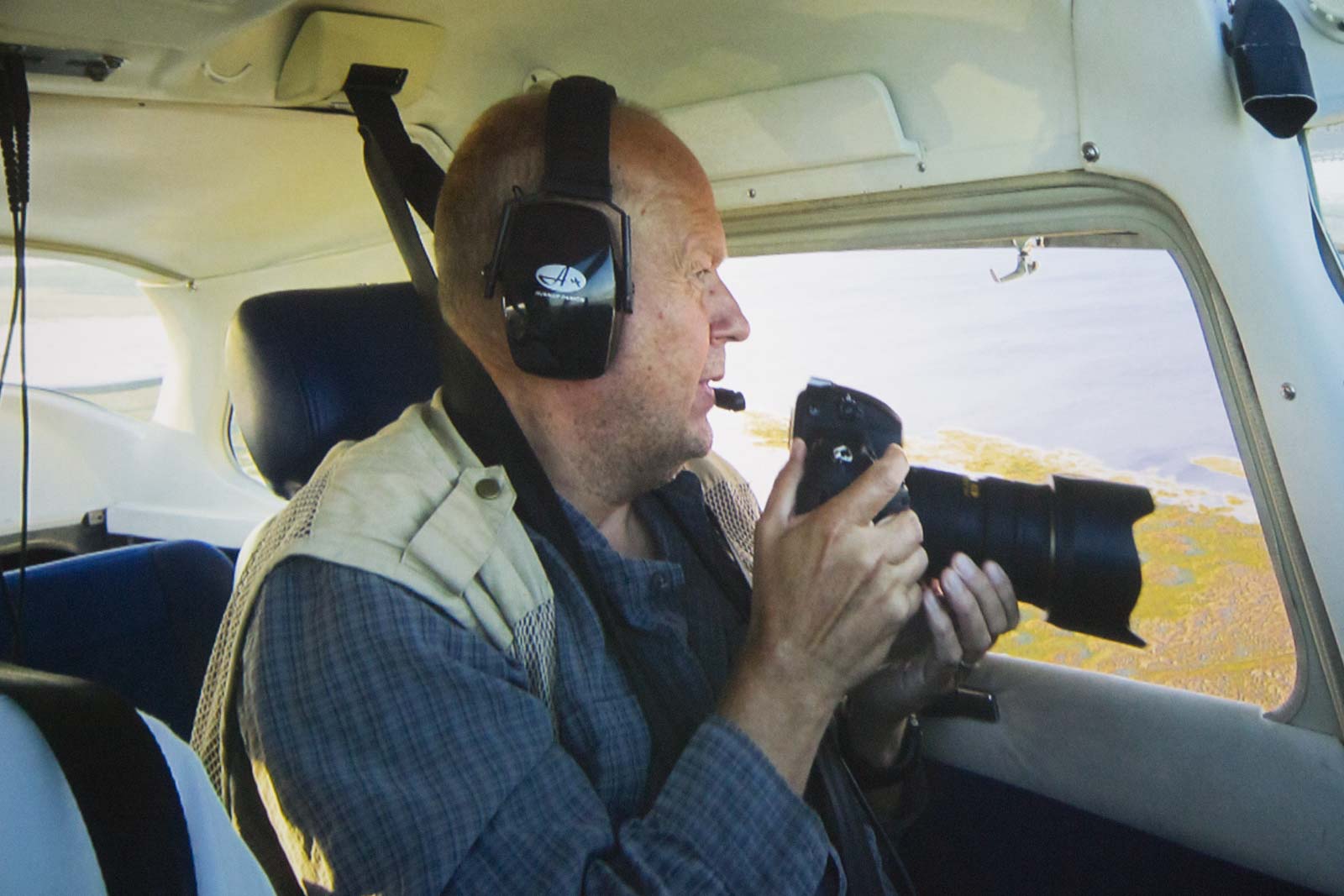 Here at Liminka Bay, in the north of the Gulf of Bothnia, the most important part of the area is protected from the hunting. It helps… but it’s not enough, according to Jari. Some of the species that come here breed nowhere else in the world and others are relatively rare.

“So the hunting does affect the behaviour of the birds,” he says.

“But also it can be dangerous to the endangered birds like the bean geese. Maybe the whole population is 20,000 individuals and if 2000 of them are shot every year, it’s too much.”

“I’m quite convinced in most cases the hunting doesn’t help the population. No bird or animal population is endless.”

Education, as always, is part of the solution and the excellent Liminka Bay Visitor Centre near this viewing platform has a modern and comprehensive exhibition all about the birds and their habitat.

For anyone who makes it here, it’s impossible not to see the importance of the area. But the issue is wider than that. 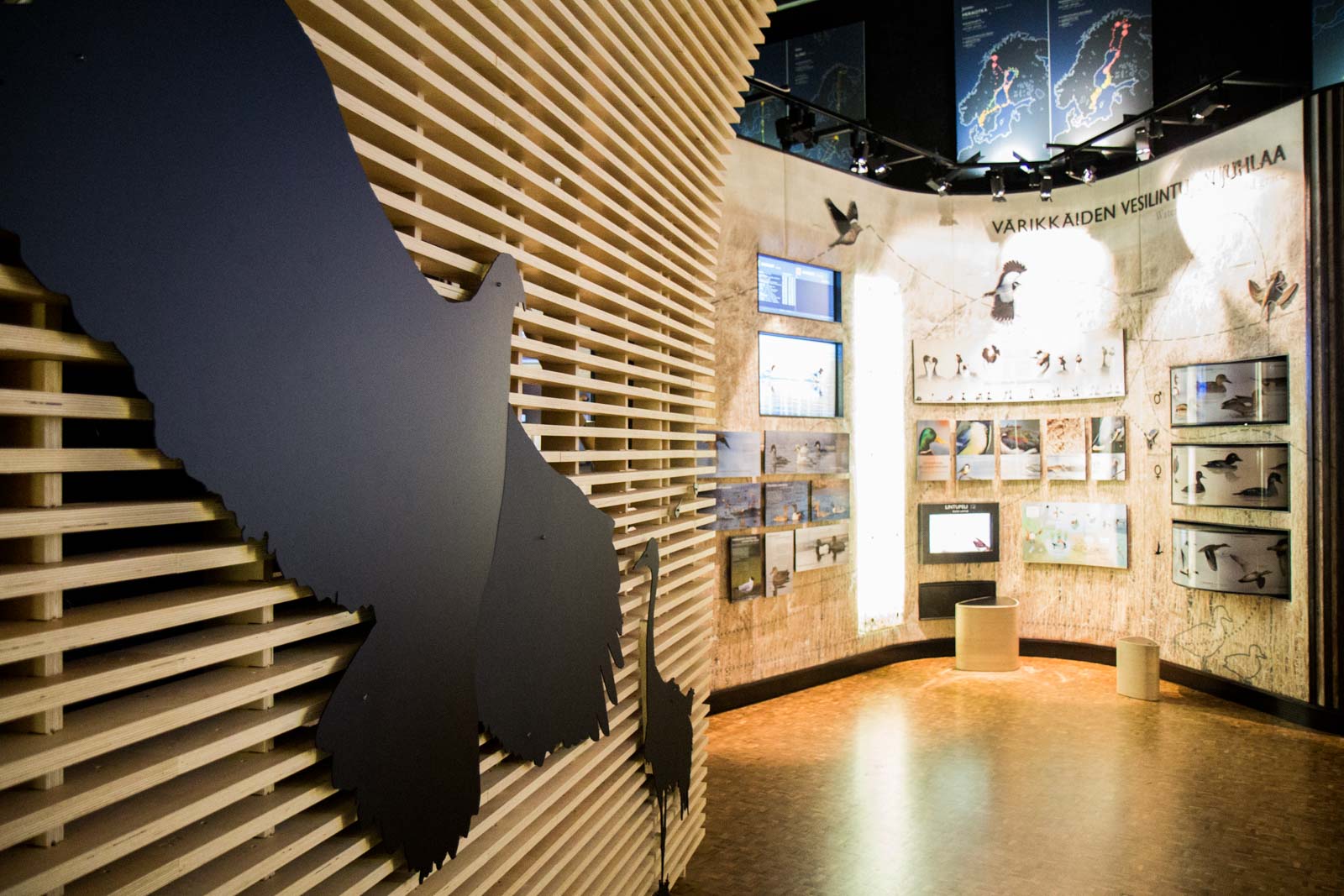 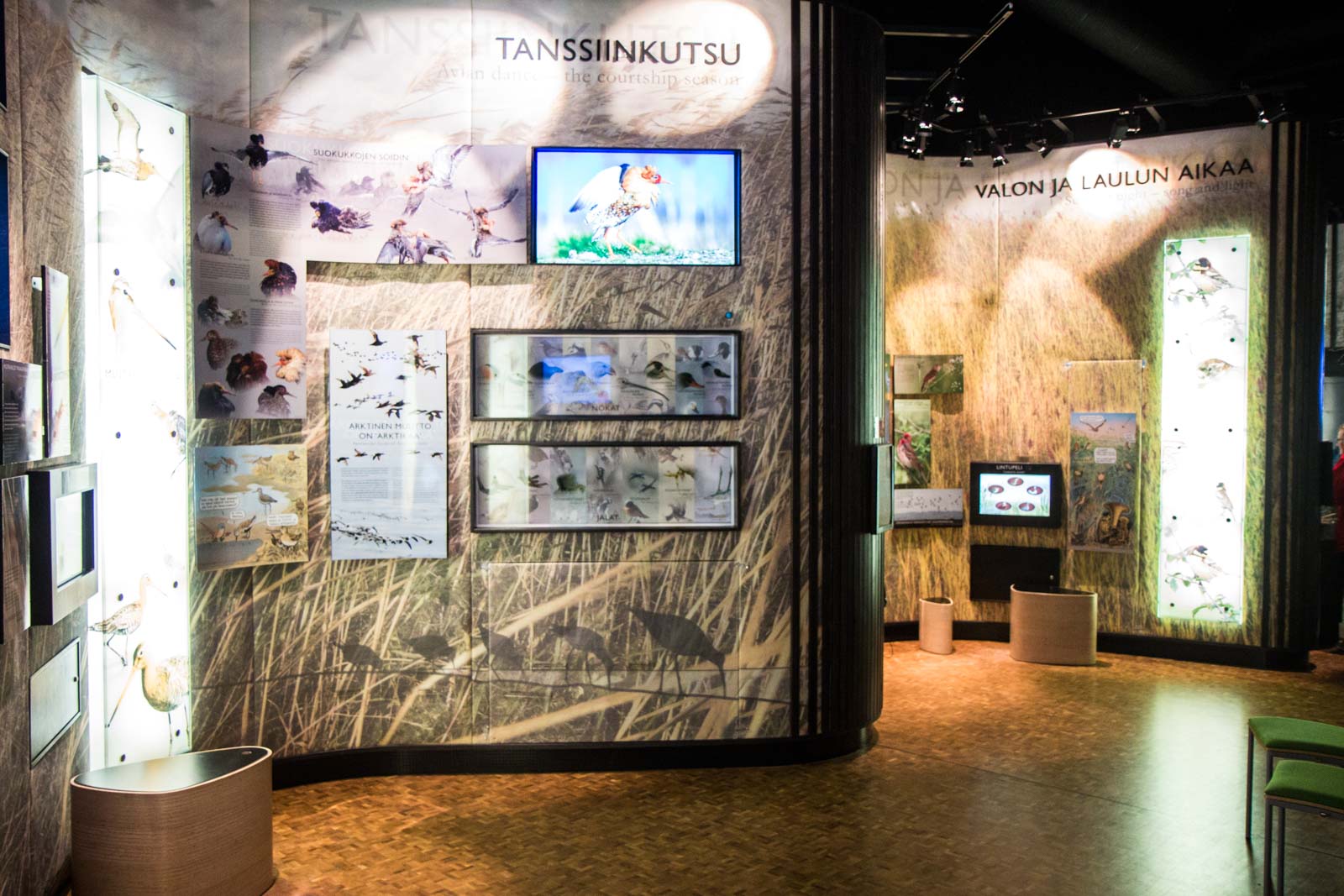 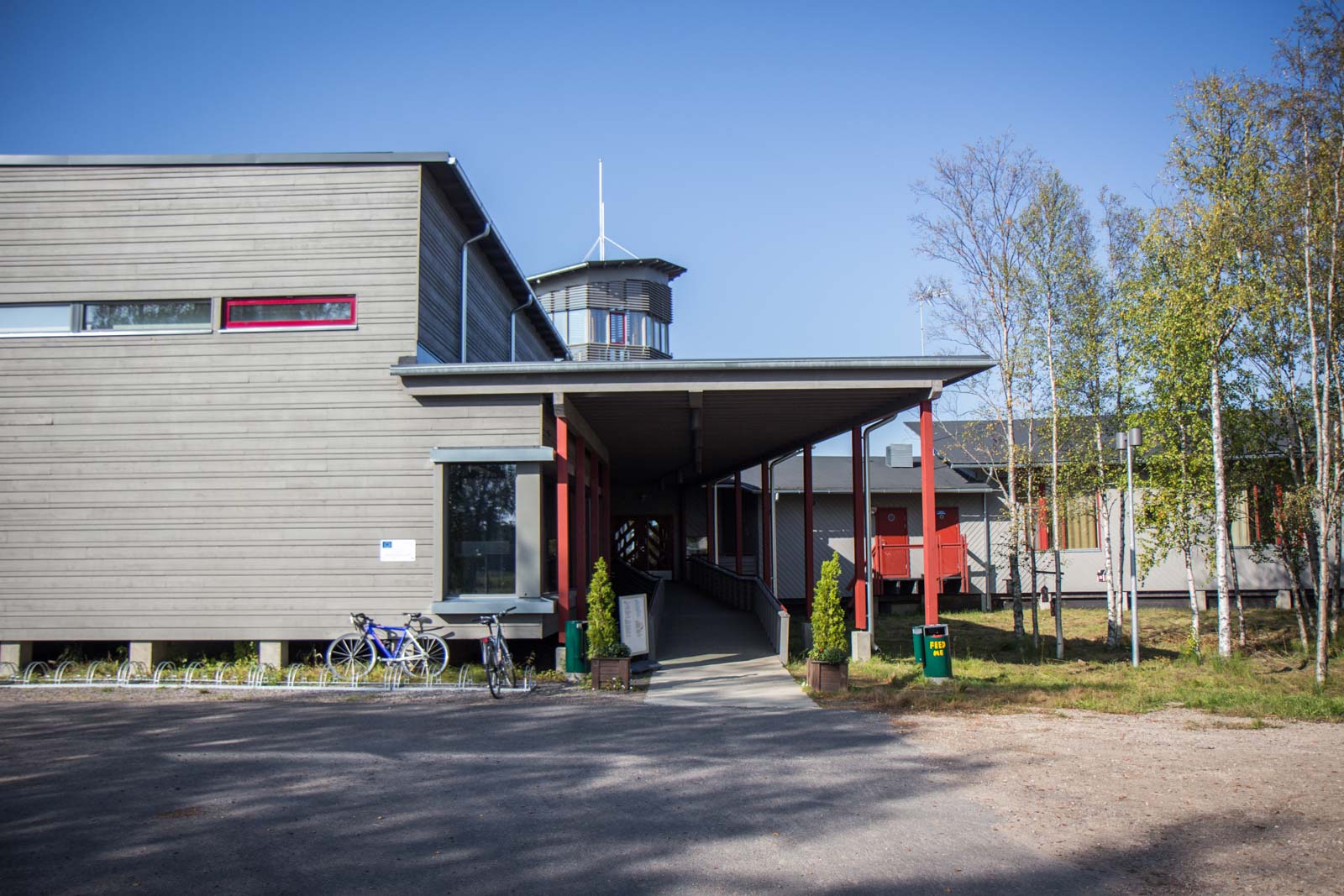 Jari Peltomäki may be a bit of an idealist but he spends the majority of his days outside in the nature and he sees firsthand how special it is.

He’s not speaking from an academic point of view, he’s speaking as someone who sees the best of Finland’s wildlife through his lens and through his own eyes. And that’s why he makes an effort to speak about it as much as possible.

“I believe like our grouse species, living in the Finnish forests, they are under heavy hunting pressure,” he explains.

“I’m speaking a lot about how we should take very good care of our grouse species, for example, because they are much more valuable alive than dead.”

“And these species are declining and disappearing in many places in Europe so the value of those birds in Finland is also increasing at the same time they are disappearing in other places so I think we should stop all the hunting and let Finland be like a large nature reserve basically.” 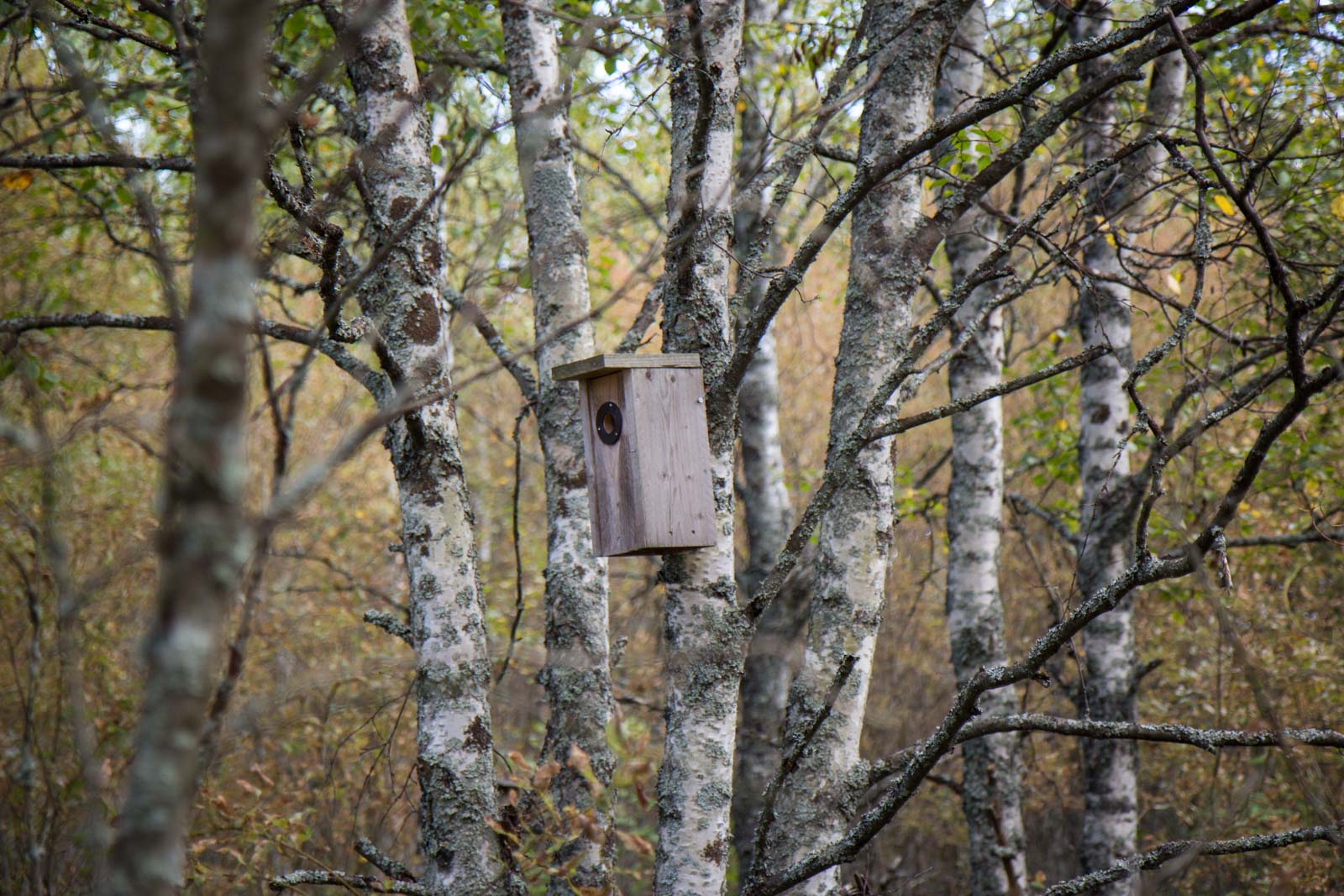 We’re about to finish up and head back to the visitor centre when another group of birds flies past. Jari looks up at them.

“Oh, see, swallows. They are going all the way to South Africa.”

Jari’s right – it would be nice if everywhere was like this.

Time Travel Turtle was supported by Visit Finland but the opinions, over-written descriptions and bad jokes are his own.