On a wall in one of Europe’s smallest republics, the constitution is displayed in multiple languages.

“A dog has the right to be a dog,” states article 12 of the document.

I read down a little further.

The next article, number 13, declares that “a cat is not obliged to love its owner, but must help in time of need.” 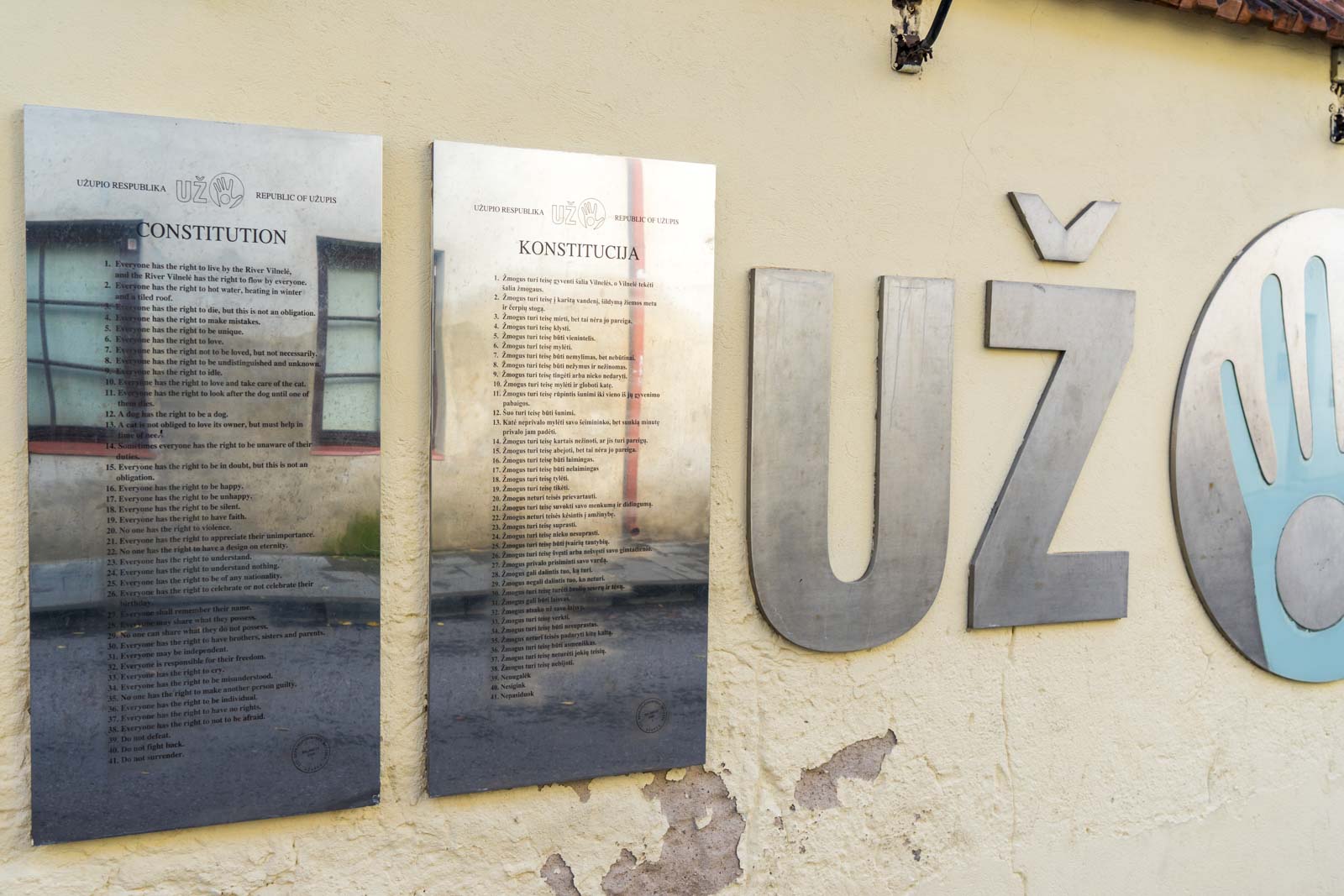 It’s called the Republic of Užupis… even though it’s not actually a republic. It’s really just a small community in the middle of Lithuania’s capital, Vilnius.

But I’ve come to realise that Vilnius is a relatively quirky place and so everyone – including the city’s actual leaders – allow Užupis to call itself a republic and act like one. 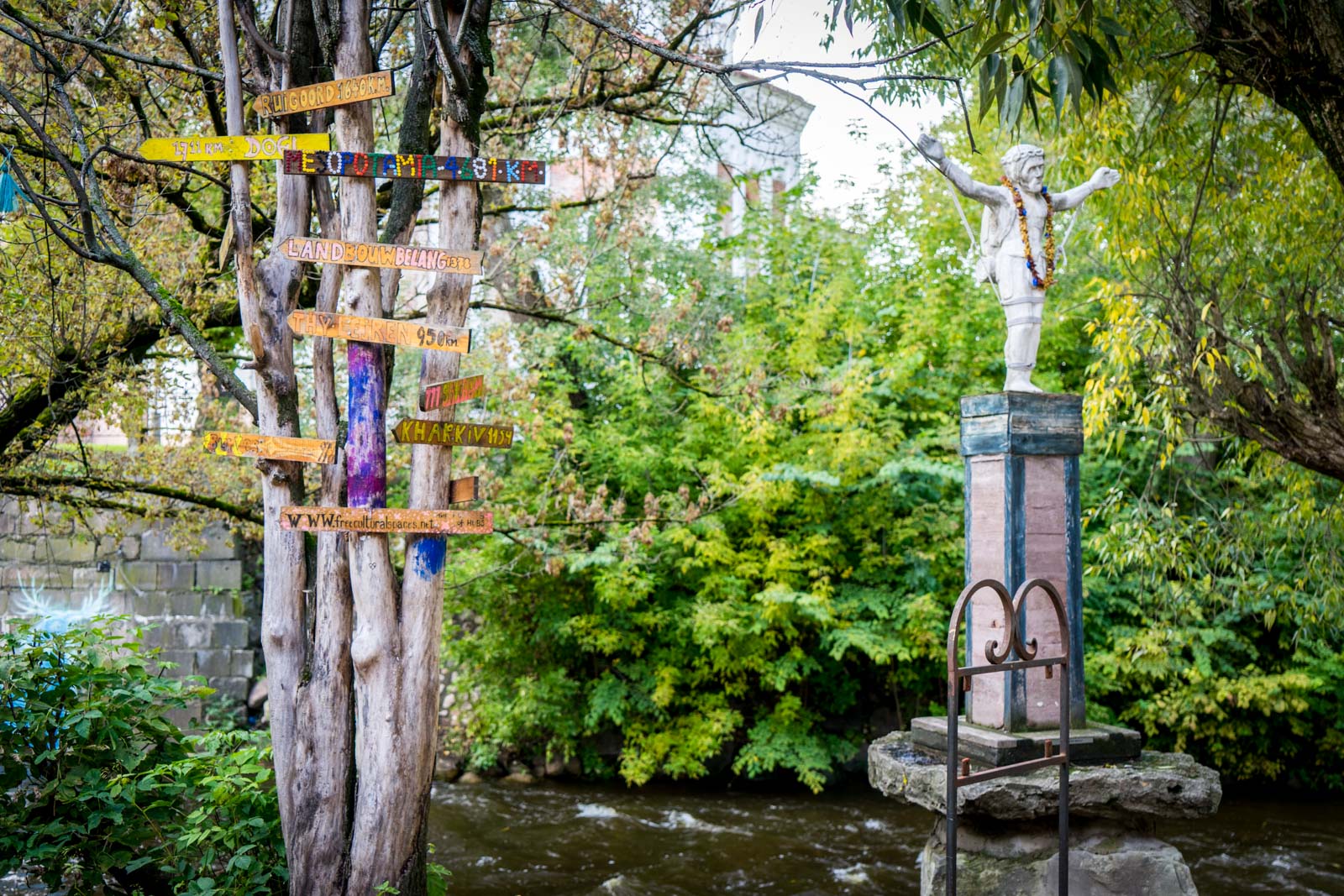 Moments earlier I had crossed a small bridge from the main part of Vilnius, over a narrow but fast-flowing river, into Užupis.

There was a sign that marked the border but not much else to herald entry to a new republic. However, on the country’s Independence Day (April 1), there are customs officers who guard the bridge and will only let you cross if you implicitly accept to be part of their performance. 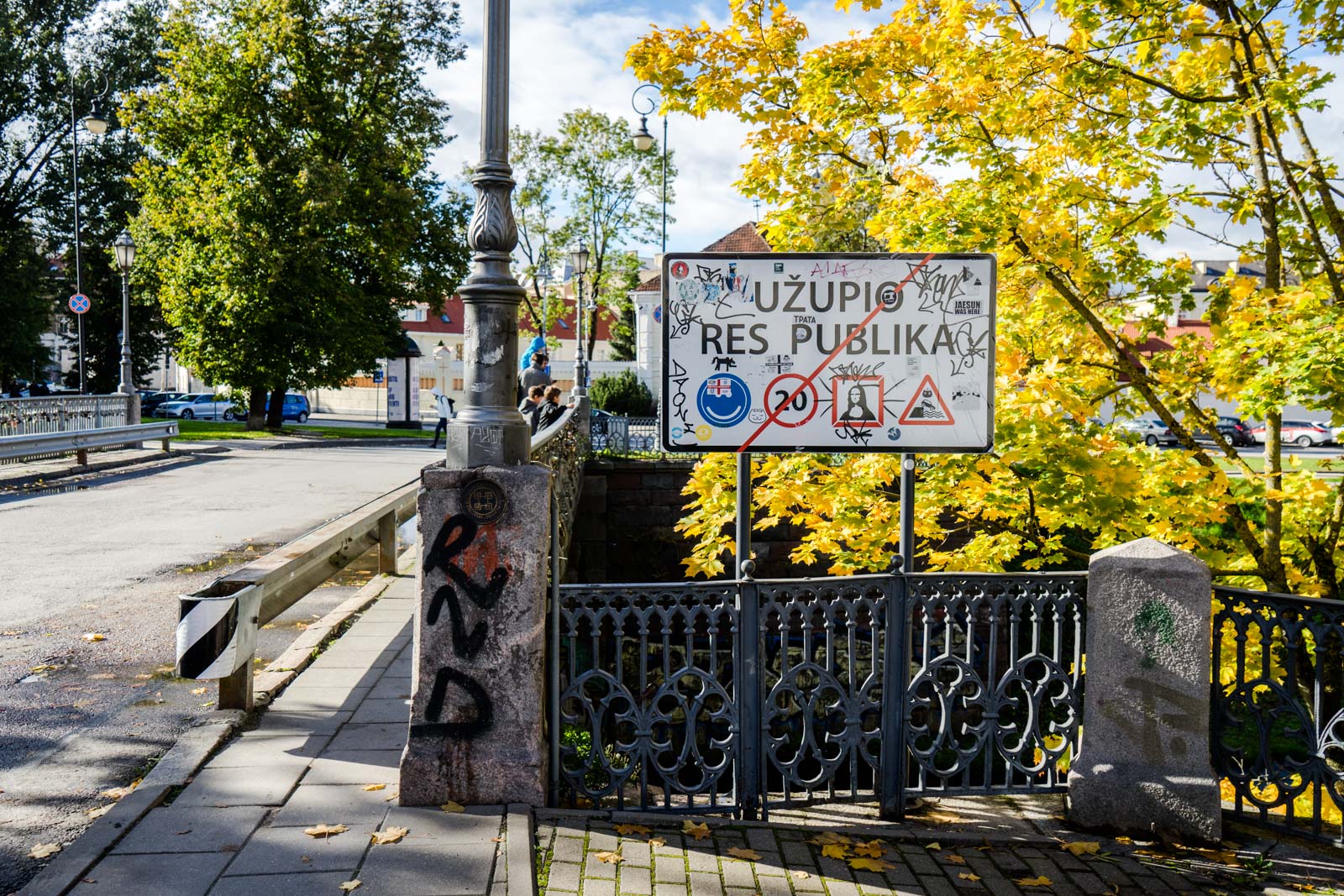 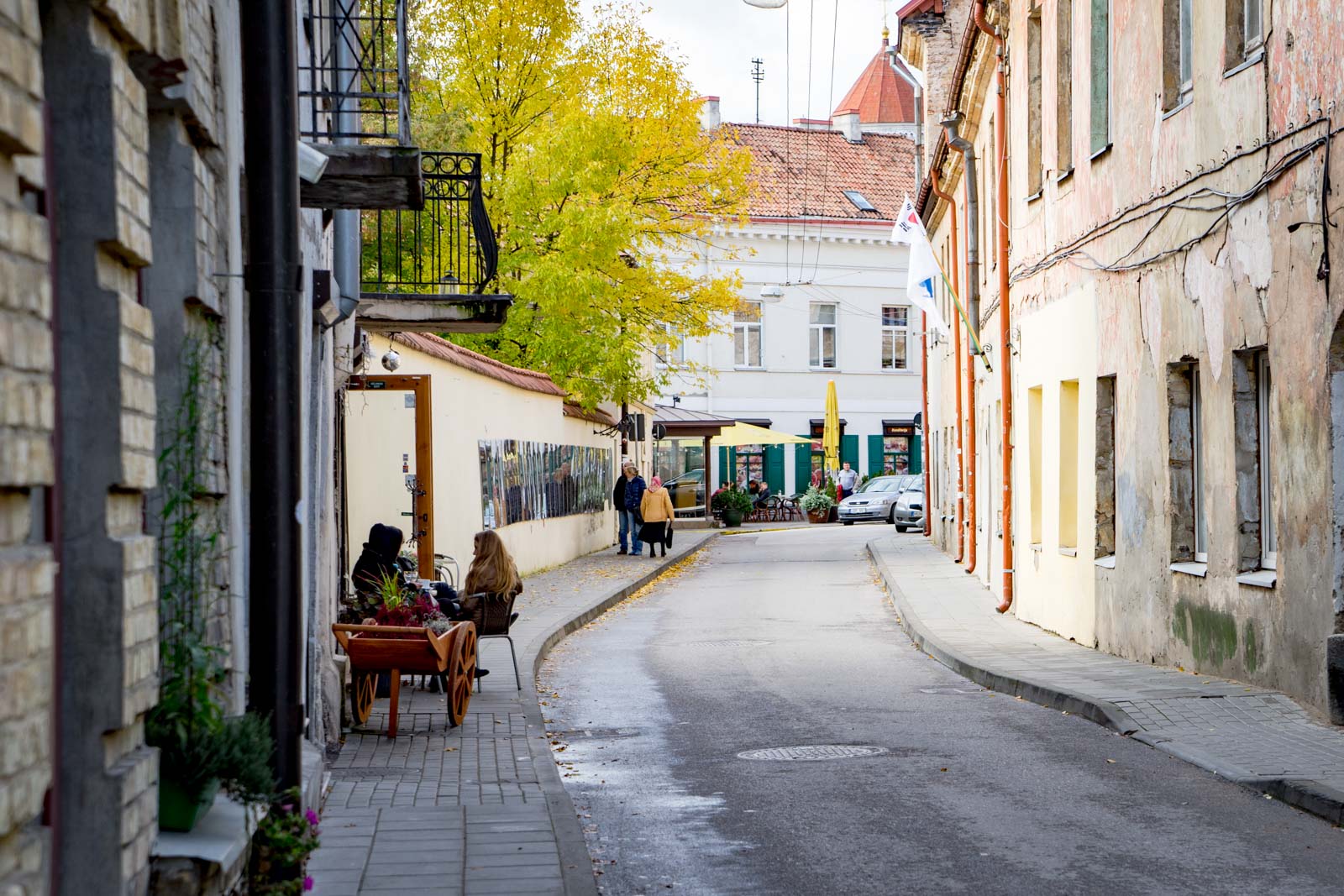 But now that I’m here in the centre of Užupis, I can tell that I’m somewhere a bit out of the ordinary.

The community is mainly made up of artists, creative minds, and those who embrace the bohemian way of life. Artworks have been installed along the bank of the river, in the small parks, and hanging from the sides of the small streets.

Not just a republic, but a gallery as well. 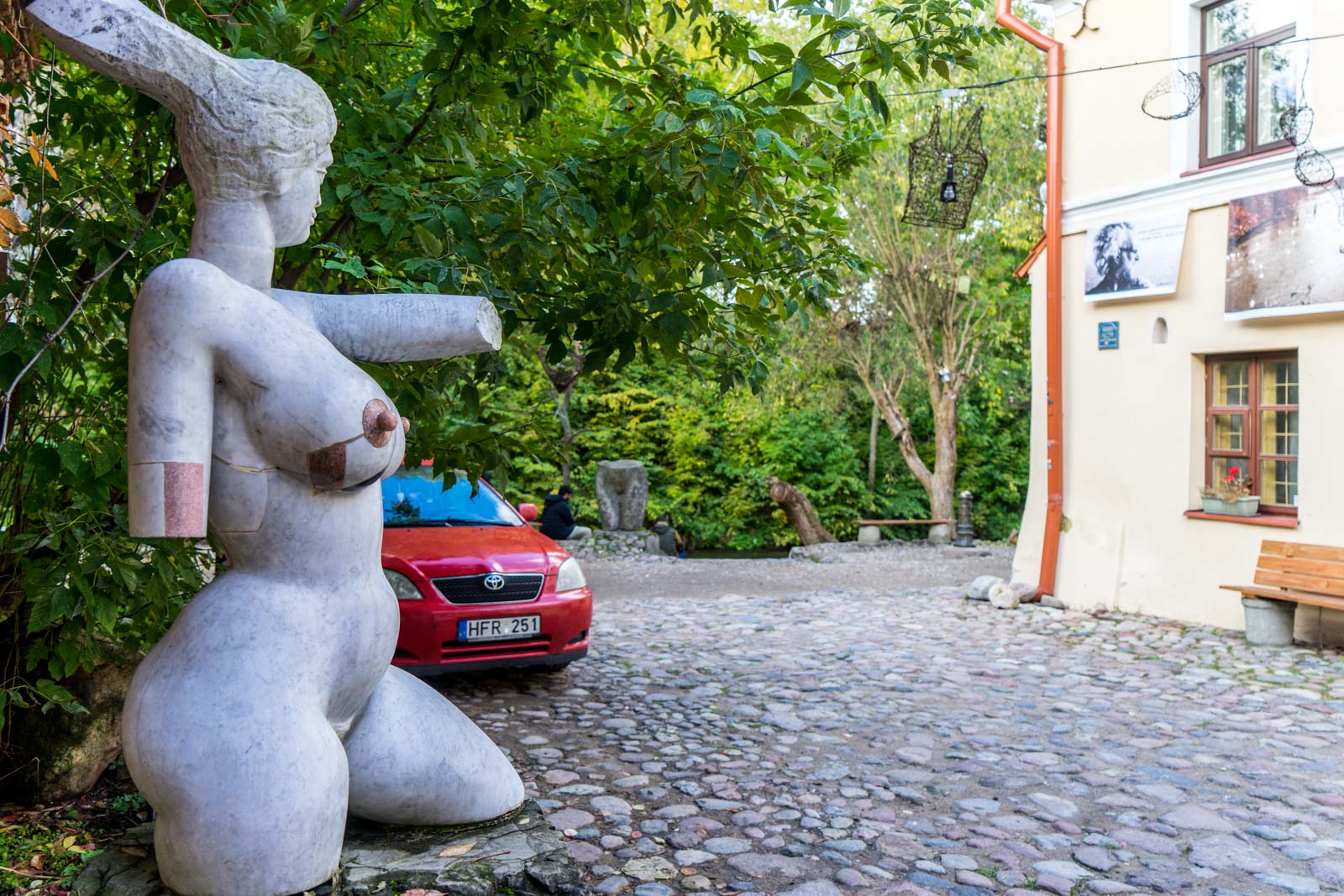 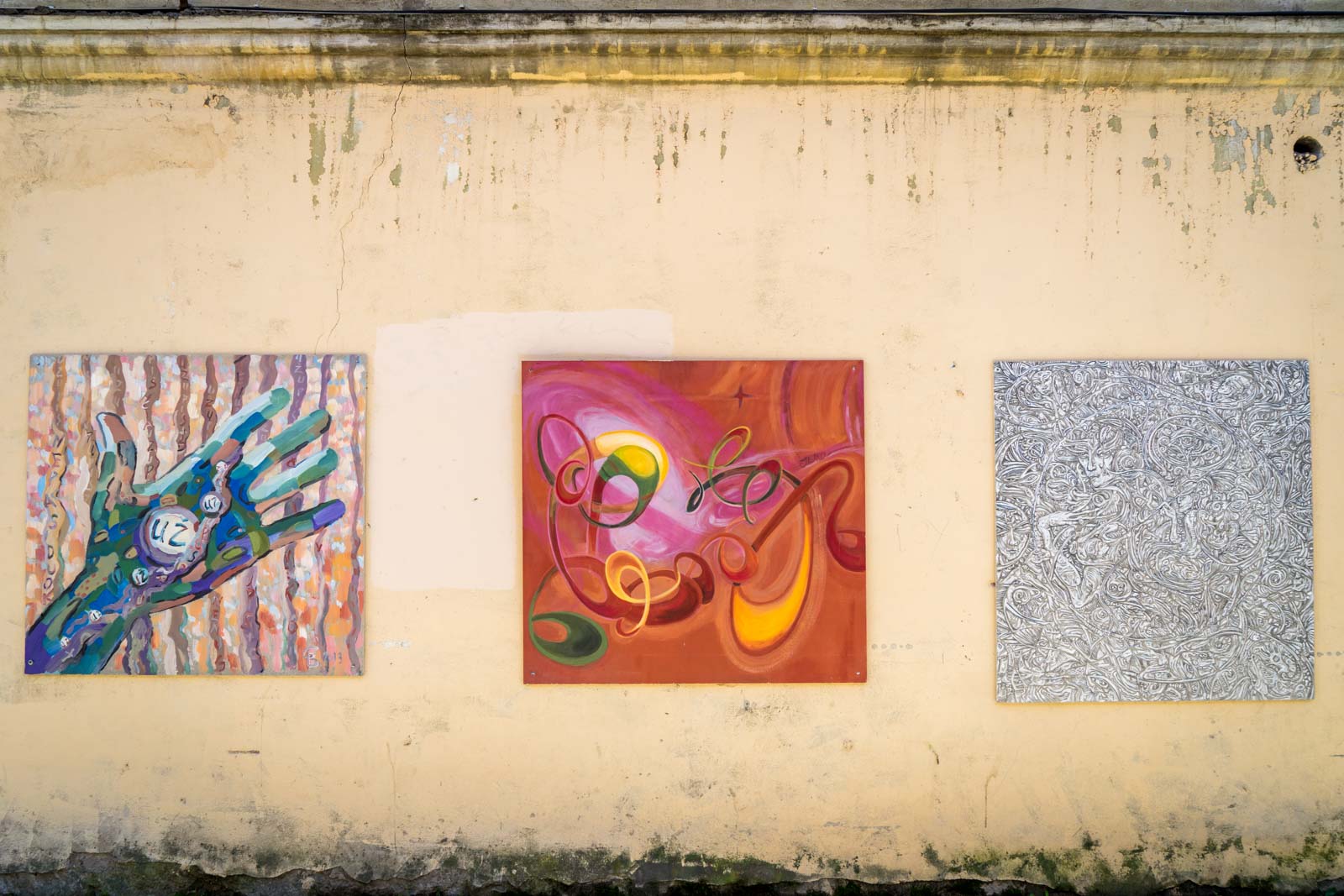 It’s lunchtime so I head into a pub by the river next to another of the seven bridges that lead into Užupis. A young blonde waiter greets me as soon as I walk in.

“Hello, where are you from?”

“I’m from Australia.” I see him start to form a cheeky smile so I continue… “Have you heard of it?”

“Oh yes,” he says, his smile forming to full cheek. “It’s in China, isn’t it? Kangaroos eat with chopsticks there, right?”

He then lets out a high-pitched boyish giggle. It’s like walking into the middle of an improvised comedy performance. You need to be alert here, ready to react to anything.

And the scariest thing is that it’s not insincere – there’s no mask about to fall off – this is just the way the residents here live their life, as though every minute is an opportunity for fun.

Not just a republic, and not only a gallery, but a theatre as well. 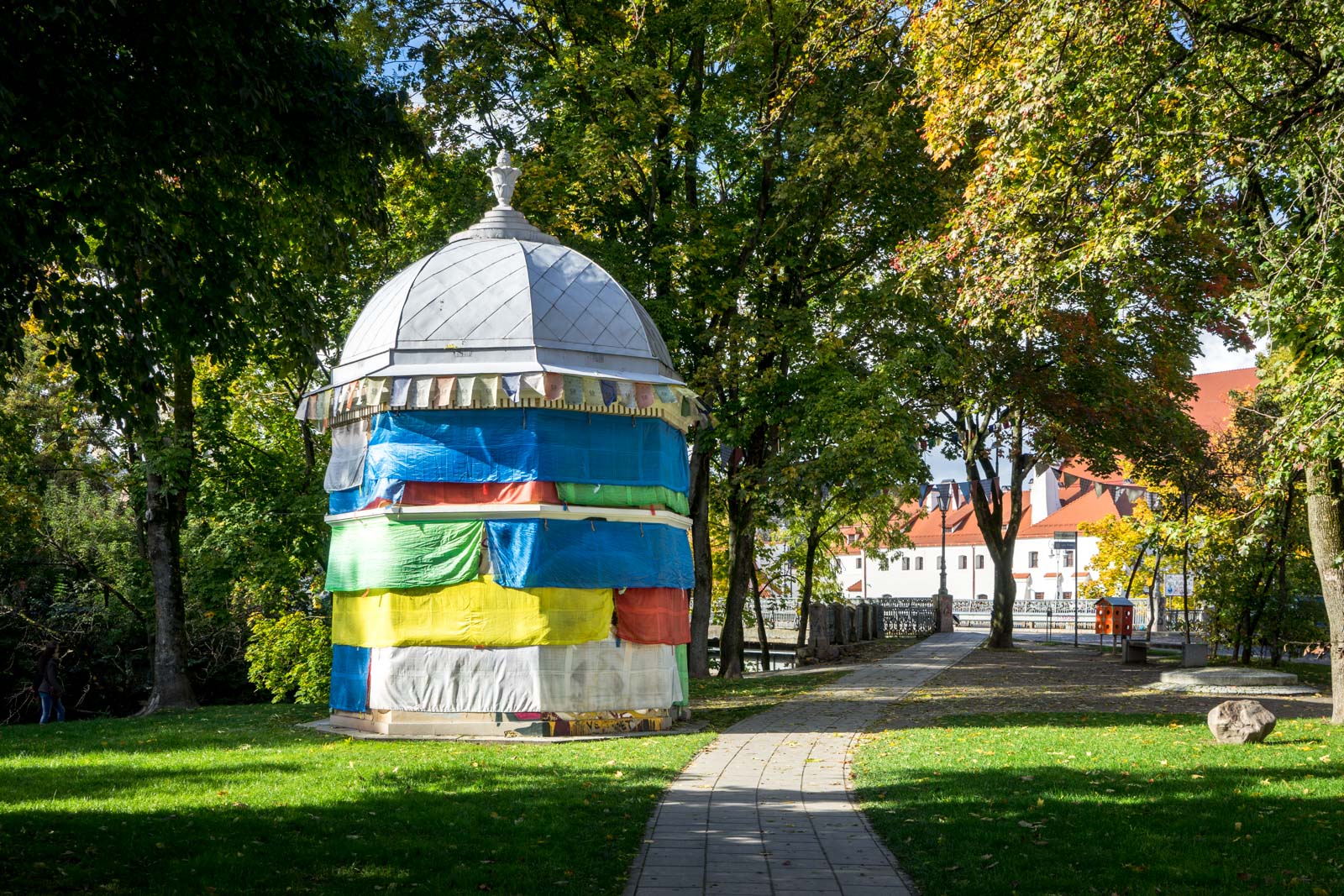 It wasn’t always this way. In fact, Užupis used to be one of the poorest parts of Vilnius – full of brothels, crime and industrial buildings rejected everywhere else.

It was the slum on the other side of the river, the area residents of the main part of the city would fear to tread.

The neighbourhood only started to change as the Soviet Union began to dissolve. Lithuania was the first country to declare its independence from the USSR – in 1990.

It was only seven years later, in 1997, that Užupis declared its independence from Vilnius. Of course, this time the stakes were not nearly as high. 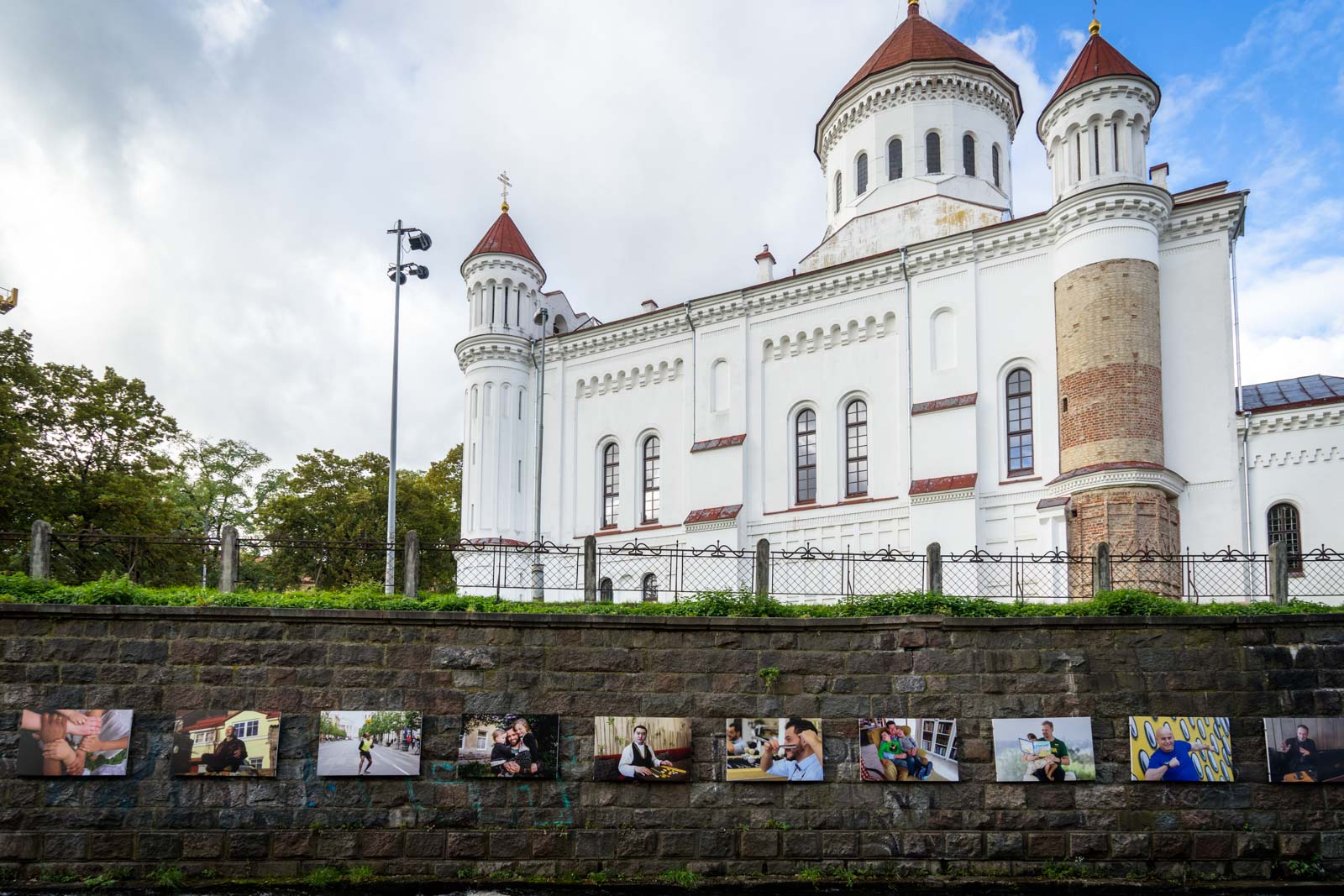 But there is an interesting parallel between the two situations and there’s no doubt that the creation of Užupis was a creative reaction to the tyranny that Lithuania had lived under for decades. You only have to look a bit further down the constitution to realise this.

Article 31: Everyone may be independent.

Article 32: Everyone is responsible for their freedom. These days, more than 20 years after the republic was declared, Užupis is one of the most popular parts of Vilnius for young people to live in.

Gentrification has come and done its job and it’s brought the hip lifestyle and high rents that it always does.

A statue of a golden angel, high up on a column in a central square, watches over and protects. But the heart of the constitution, displayed on the wall, has not been lost.

It was written by two men – Romas Lileikis, the President, and Thomas Chepaitis, the Minister of Foreign Affairs. One was a dog lover and the other a cat lover – and that’s still clear to see.

But they were also clearly lovers of life, especially the new life that a post-Soviet world offered the residents here. 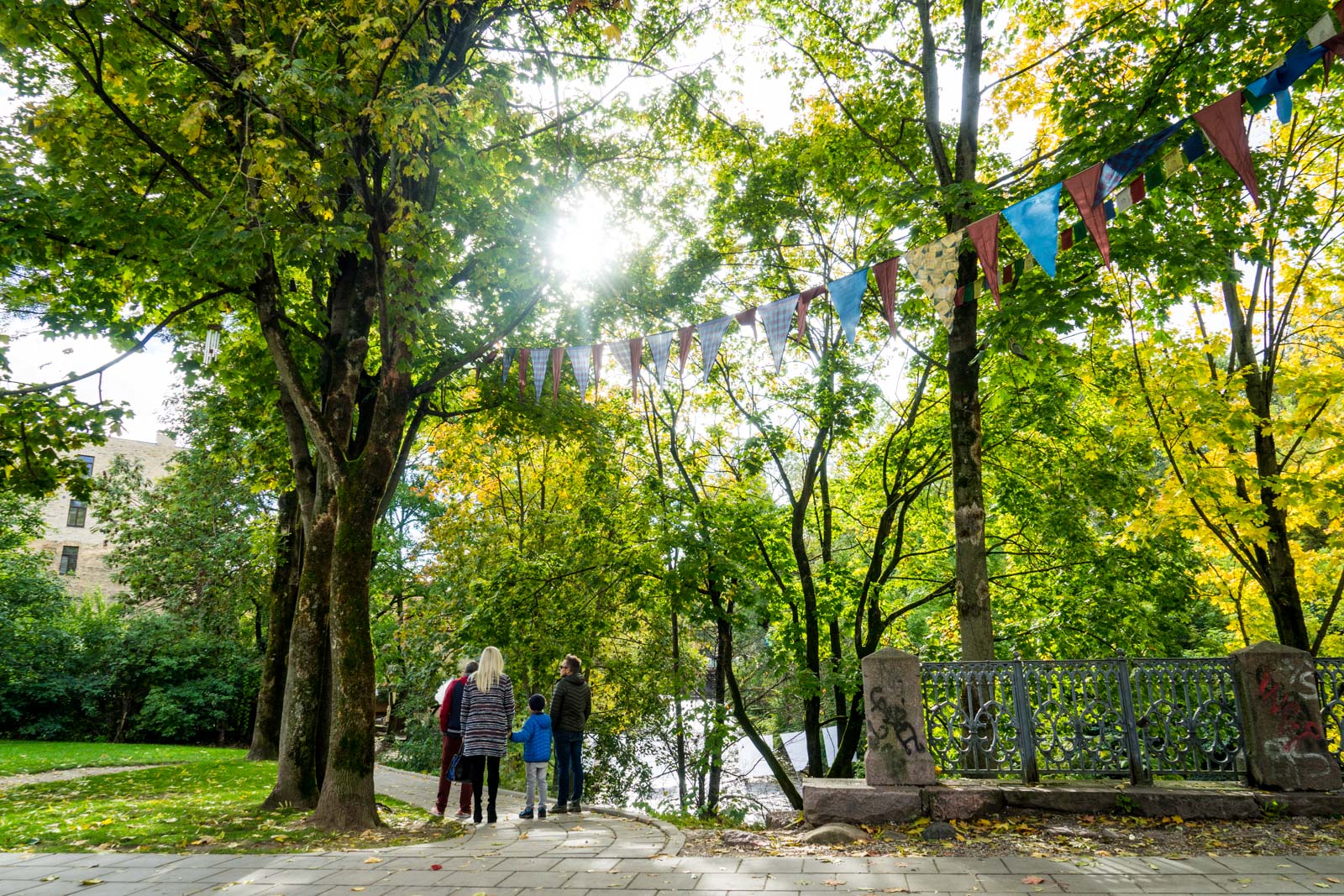 In other words, be who you are and respect who others are. That’s the kind of life these people wanted and you can still find here today.

Not just a republic, not only a gallery, not even merely a theatre, but a home as well.

>> Read my story about historic Vilnius