If you have a day to spend in Matsuyama, here are some suggestions for what you can see and do.

Within a few hours of arriving in Matsuyama, a see a man with a white shirt, a conical sedge hat, a backpack and a walking stick hiking up a hill.

He is a ‘henro’, a pilgrim, taking part in one of the world’s most interesting pilgrimages.

It’s called the Shikoku-88 and the official path is more than 1200 kilometres long, leading through 88 temples around the island of Shikoku on the path to enlightenment. 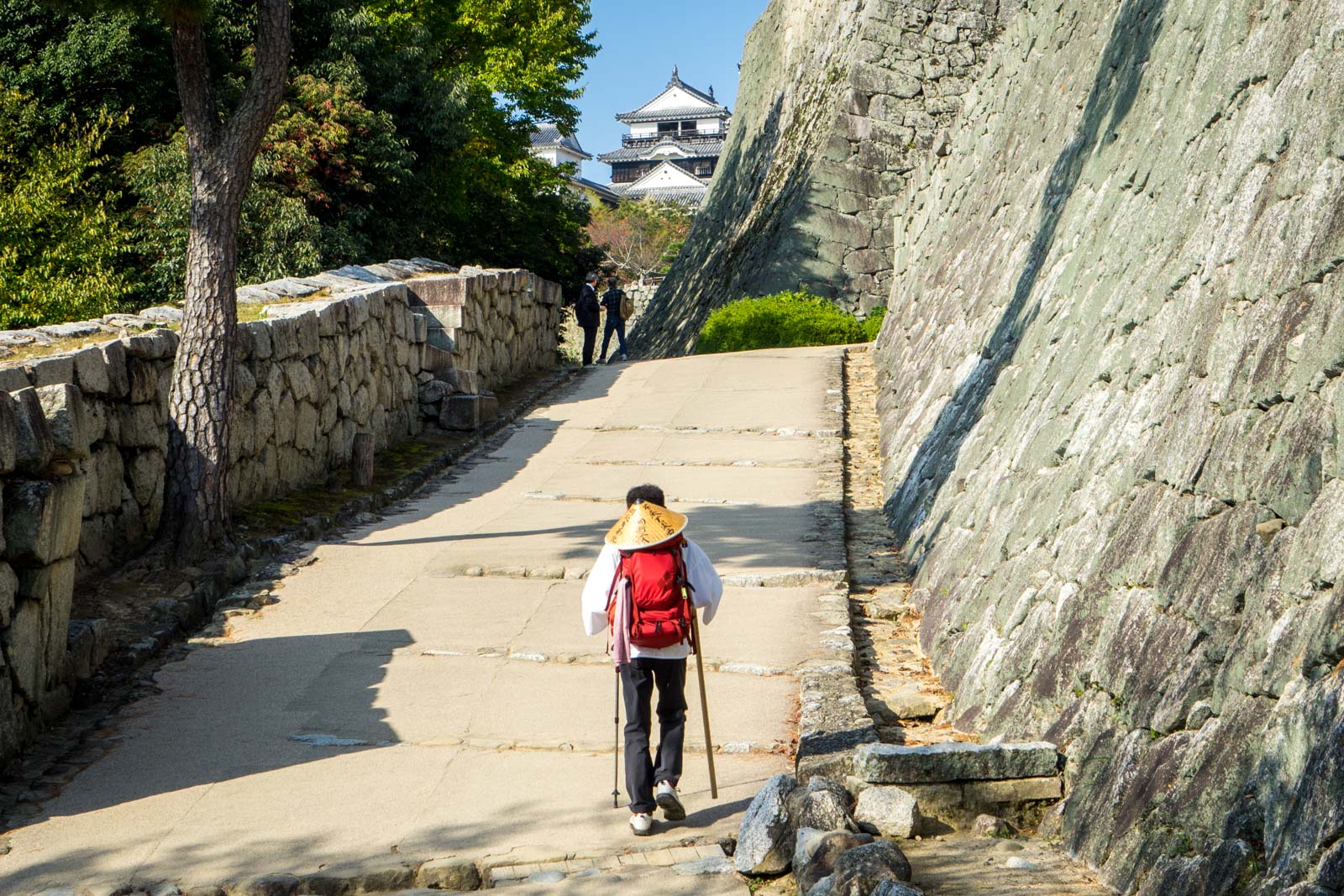 I have been to Japan quite a few times – I often say that it’s my favourite country to visit – but I have never made it to Shikoku until now.

For this first visit, I am going to concentrate just on the Ehime prefecture and its capital city, Matsuyama.

Getting here by plane is easy – it’s just a short direct flight from Tokyo on JAL – and I catch a morning flight so I’m already exploring by lunchtime.

I love Tokyo and there is so much to do there but after the bustle of the metropolis, Matsuyama feels so relaxed.

It may be Shikoku’s largest city but it still only has a population of about 500,000 people. (That means there are at least 30 cities in Japan with more people.) 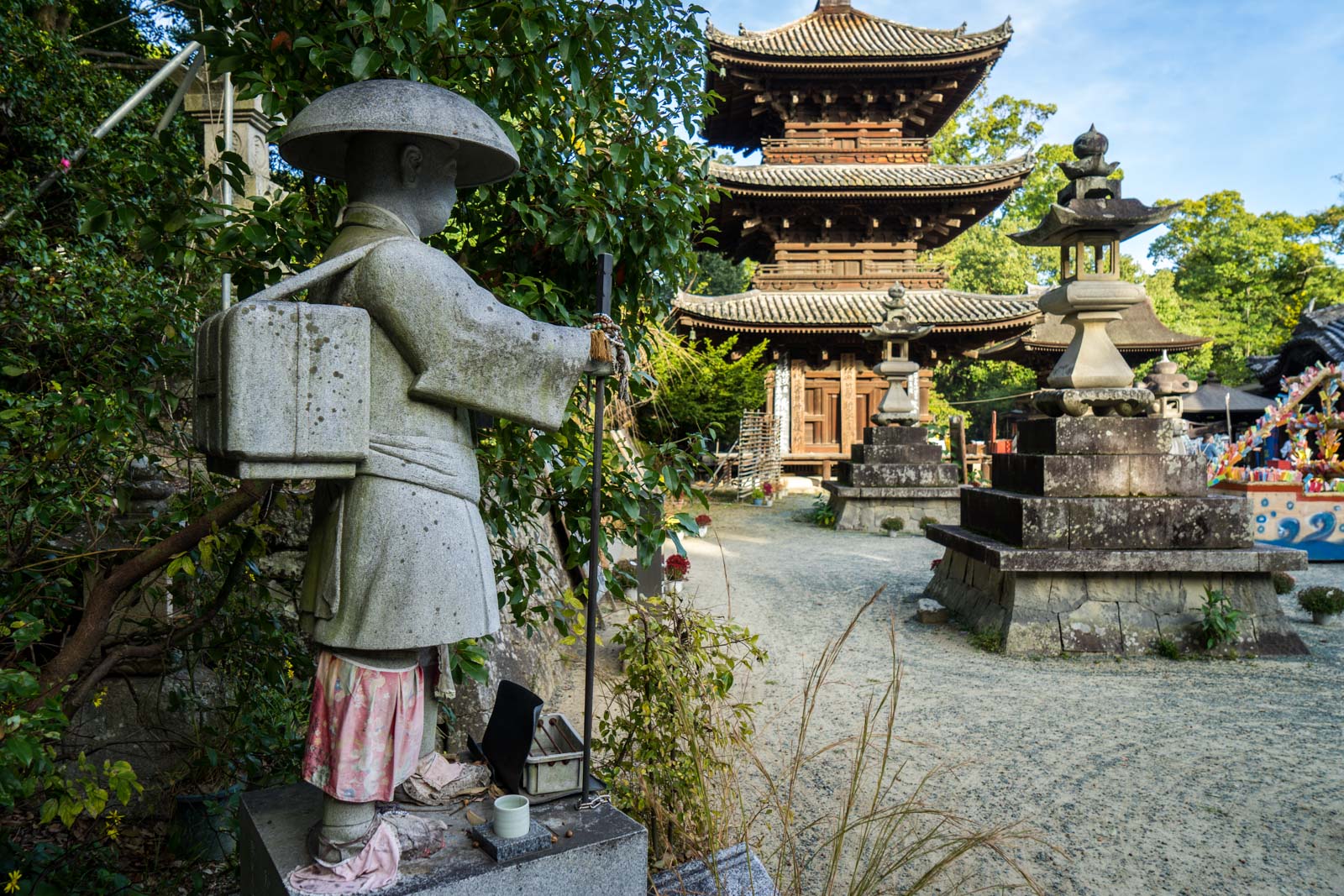 There is a rich history here, though. Tradition carried through centuries that is still a strong part of the city’s framework.

And, amongst all of the modern necessities of daily life, that’s what stands out here in Matsuyama.

To help you plan a visit to Matsuyama, I thought I would share some of the highlights of the city.

It would be easy to spend a day seeing all of these sights. And, in my next story from Japan, I’ll have some tips for things to do in other parts of Ehime.