The Palace of Versailles, France

In the heart of the Palace of Versailles – itself one of the grandest buildings ever built by man – is a room which captures the awe of all who see it.

The Hall of Mirrors is the symbol of the great French palace, a long and bright room which welcomes in the sun from one side, disperses it to all corners from another, and holds the twinkling light of magnificent chandeliers from its ceiling. 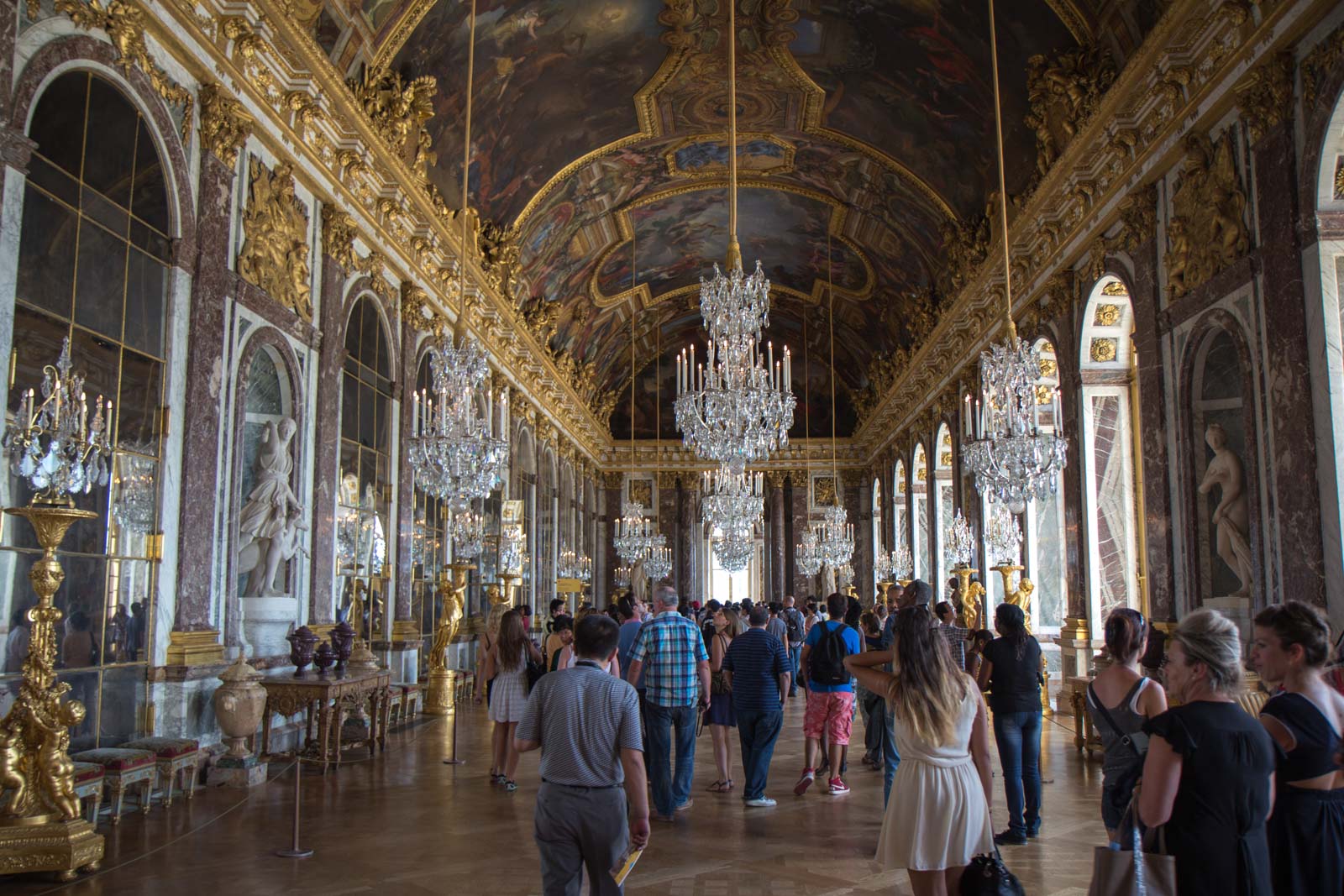 The Hall of Mirrors has seen emperors proclaimed, empires taken away and empires redistributed. So it’s appropriate that the mirrors themselves reflect the spilled blood and boiling jealousies of the tides of power.

In the 17th century, it was decided that the materials for the construction and decoration of the Palace of Versailles should be a purely French affair. Everything from the tapestries to the mirrors were to be manufactured in France.

The problem was that, in those days, Venice had a virtual monopoly on the manufacture of mirrors. To get around this, the French convinced a number of Venetian artisans to defect and come to make the mirrors for the great hall.

In response, the Venetian government ordered the assassination of the treacherous artisans to keep the techniques of how to make mirrors a secret from the French. 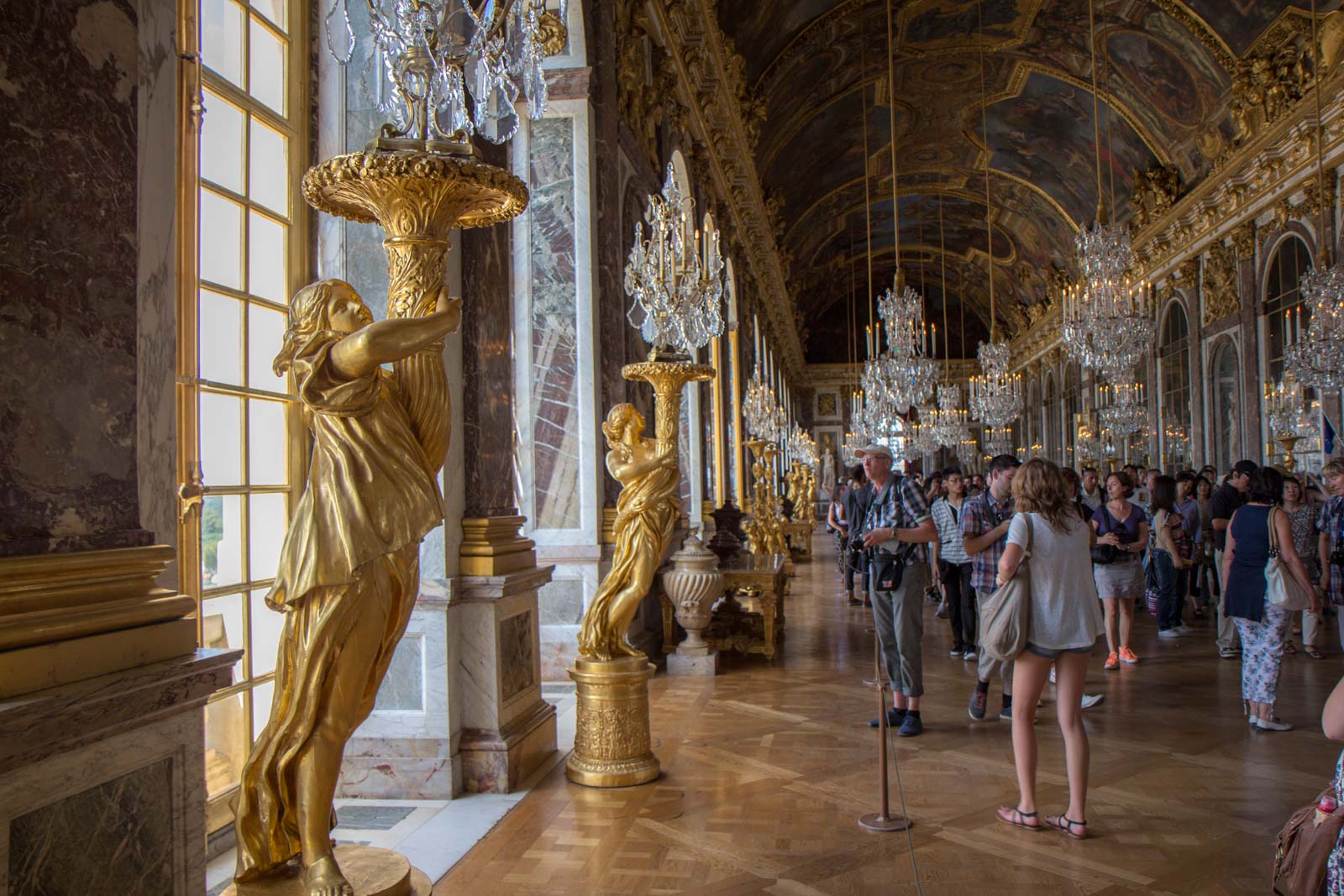 These days there is no need to entice people to come to Versailles – nor is there the threat of assassination. Which is lucky, seeing as it has become the most visited site in the whole country.

To visit the Palace of Versailles is to submit yourself to the gods of crowds and your offering is likely to be a long wait in a queue. 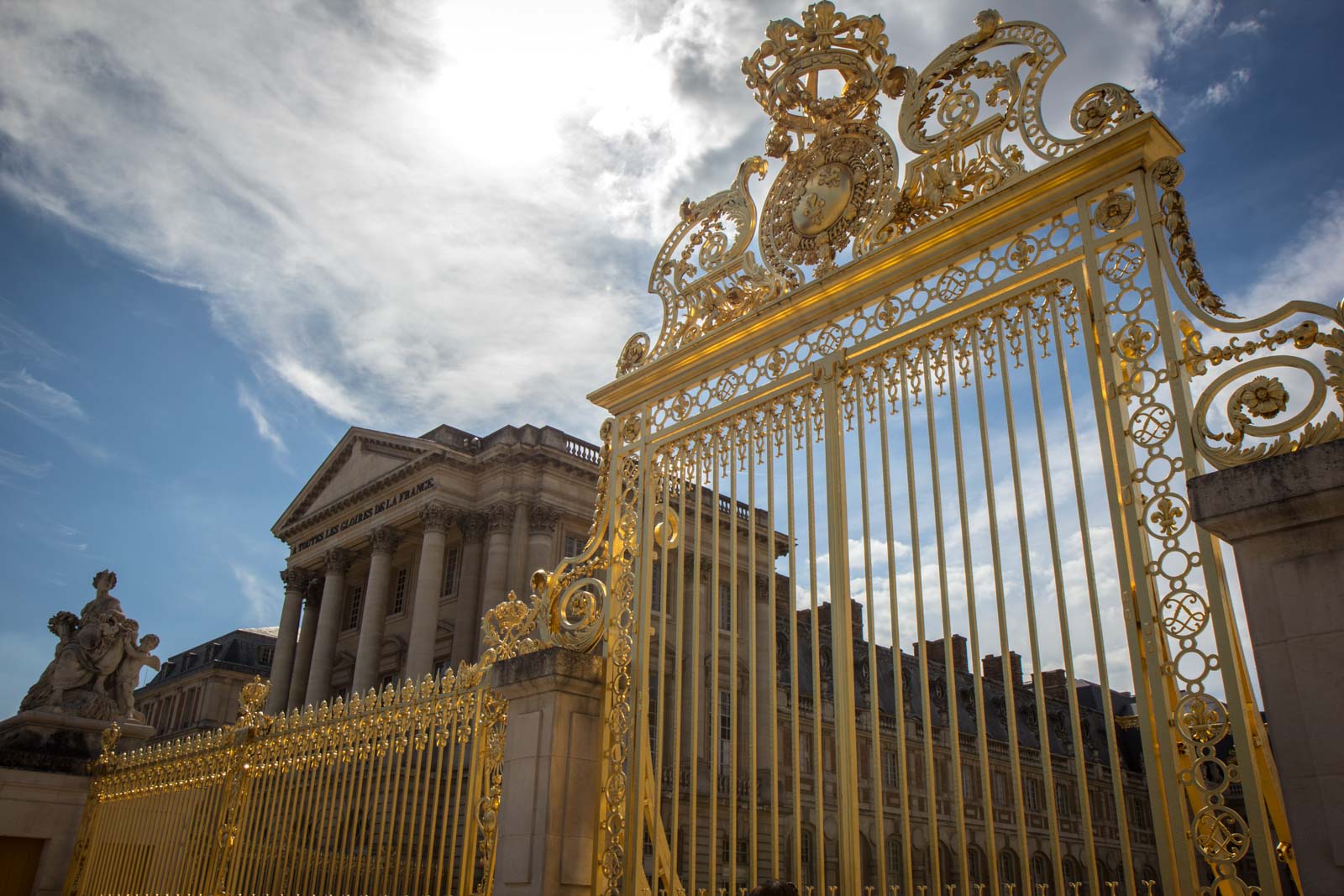 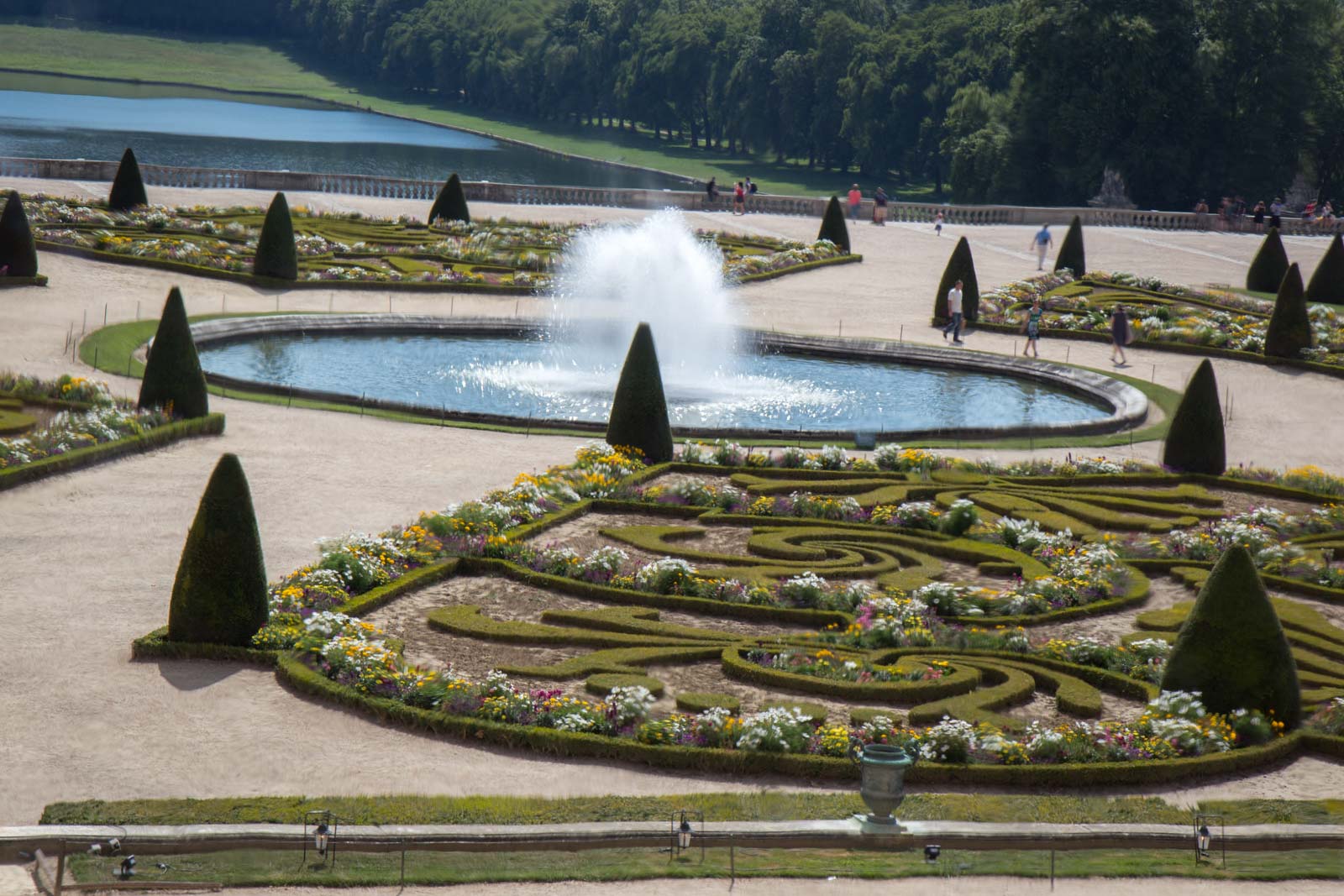 The palace is just a short 20 minute train journey from the centre of Paris and, as you approach it down the main boulevard from the station, the size of the building strikes you. It appears like a city within a city, an enormous compound radiating with splendour.

The swarms of tourists also hit you well before you get to the front gate, as the crowds move between the station, tour buses and cars. 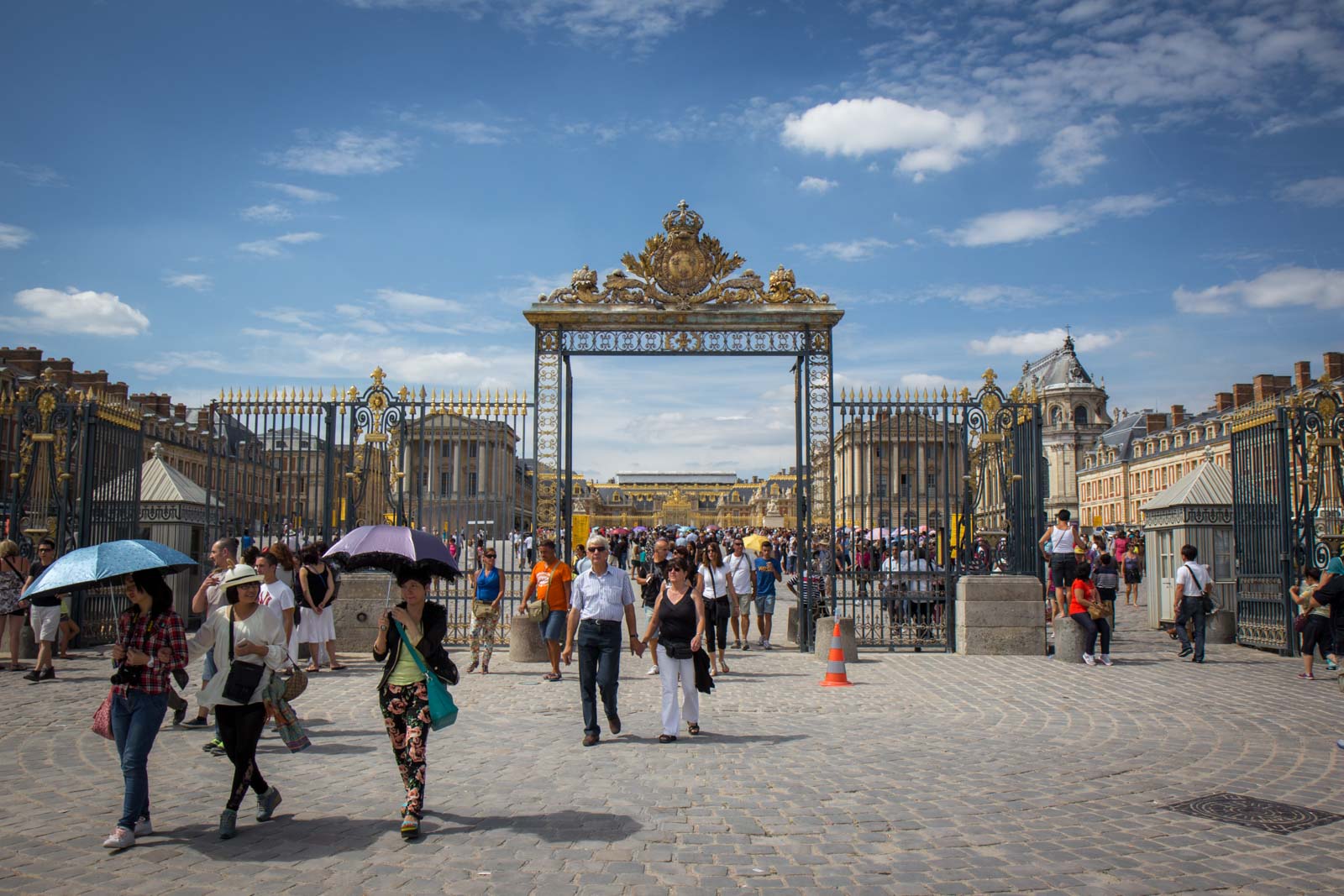 On the summer afternoon I visit, the line to enter winds around itself for hundreds of metres in the outer courtyard and takes about two hours.

At other times of the day, or during particularly busy holidays it can be even longer. I would assume the queues are slightly shorter in the colder months, though.

(I’ve got some options at the end of this story of how to skip the line.)

Even inside it’s impossible to escape the throngs of visitors. As you move between each room, you must jostle your way through doors and to the rope barriers to look at the furniture, decorations, and artwork. 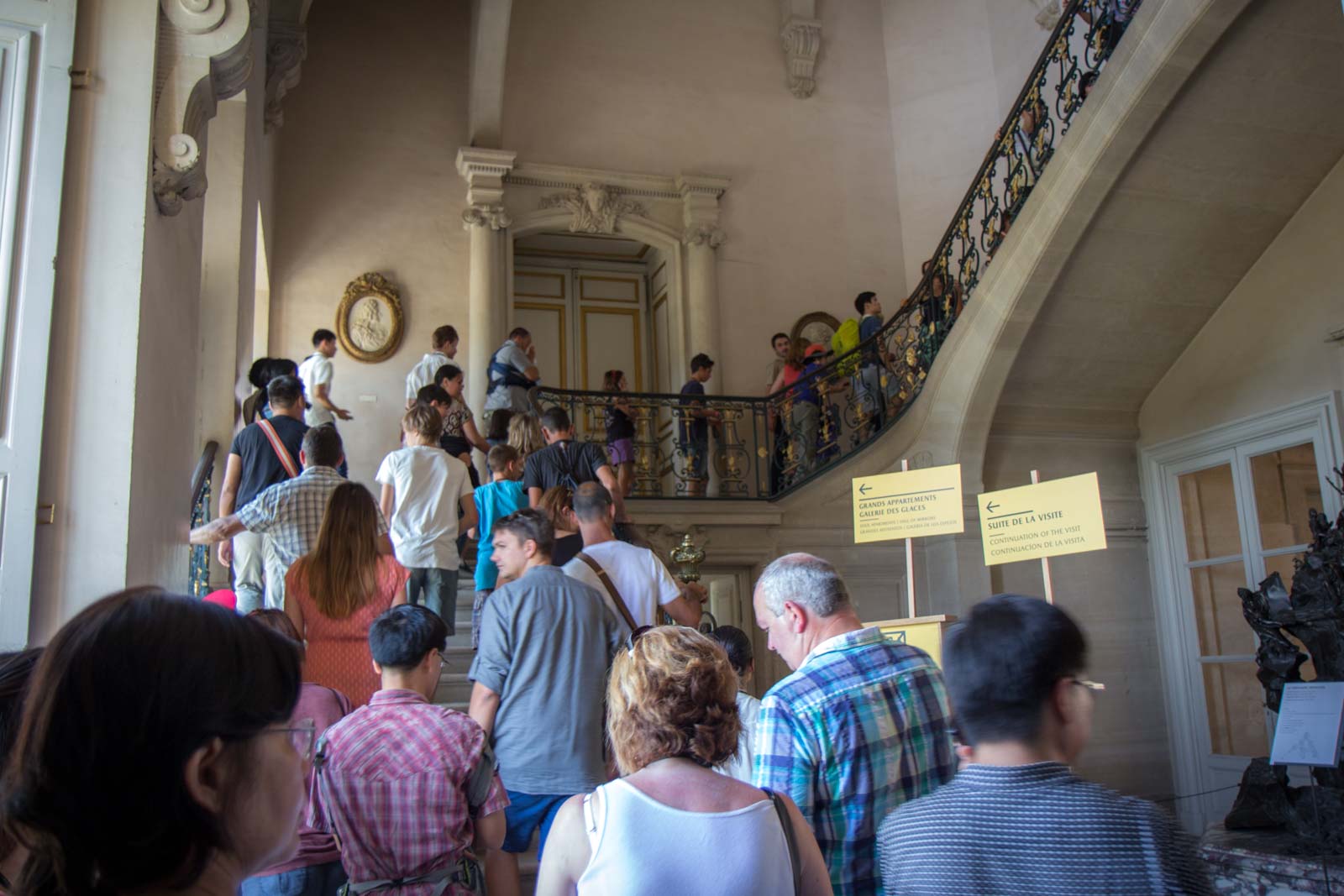 The first stage of the building of Versailles was in 1624 when King Louis XIII ordered the construction of a hunting lodge. But it was in 1664 that the shape of the palace began to take emerge when it was expanded to accommodate 600 guests who were invited to a great party on the site. 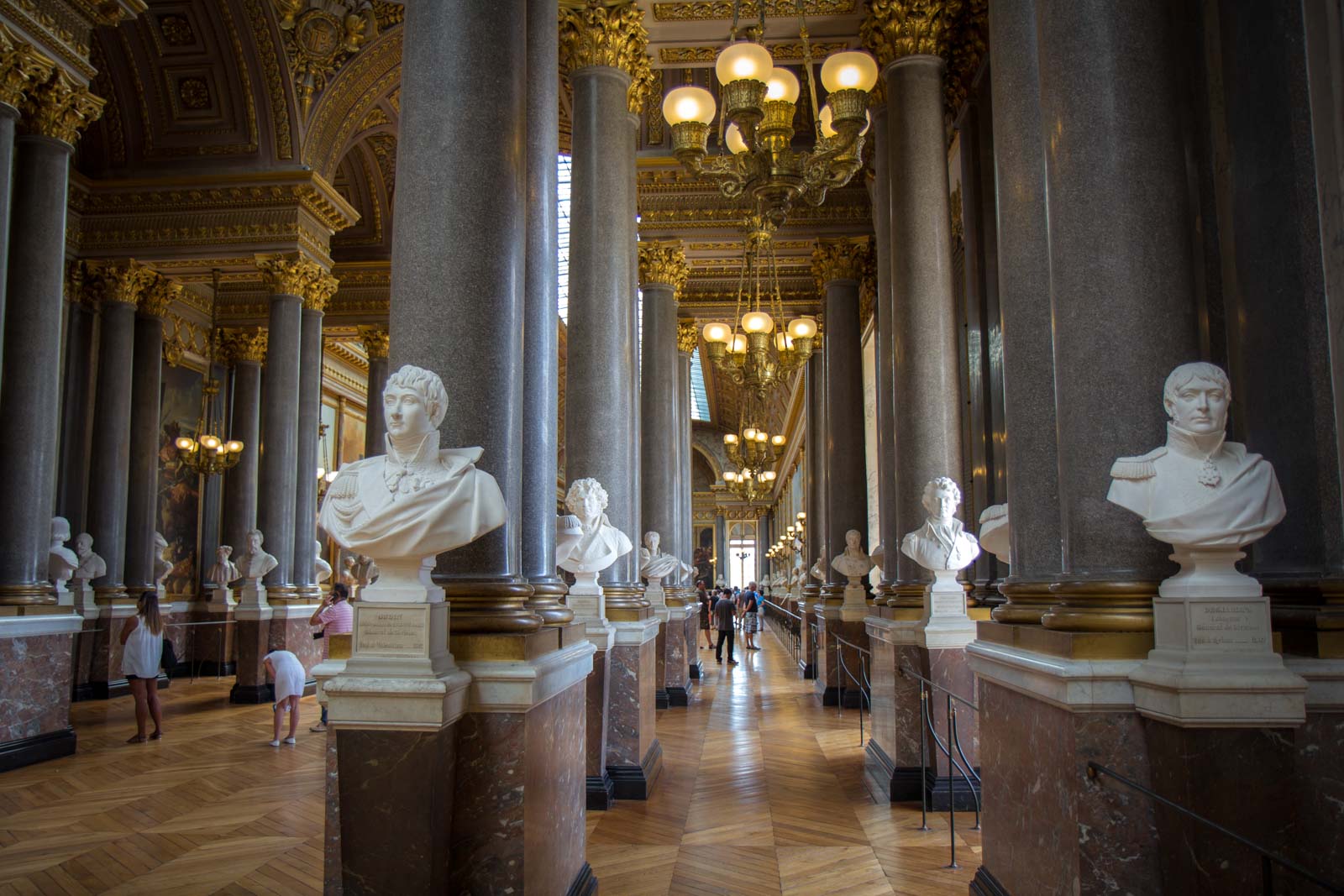 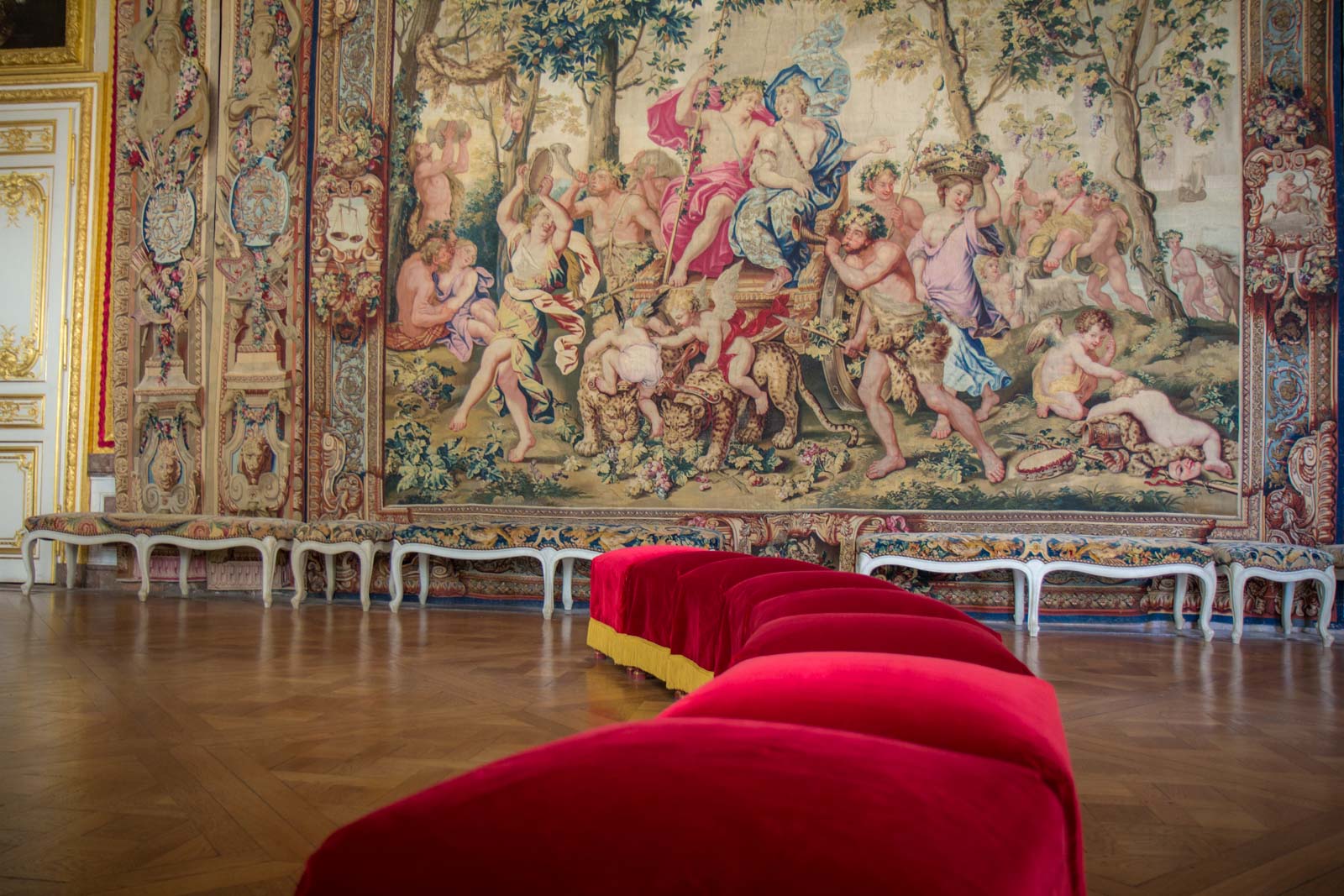 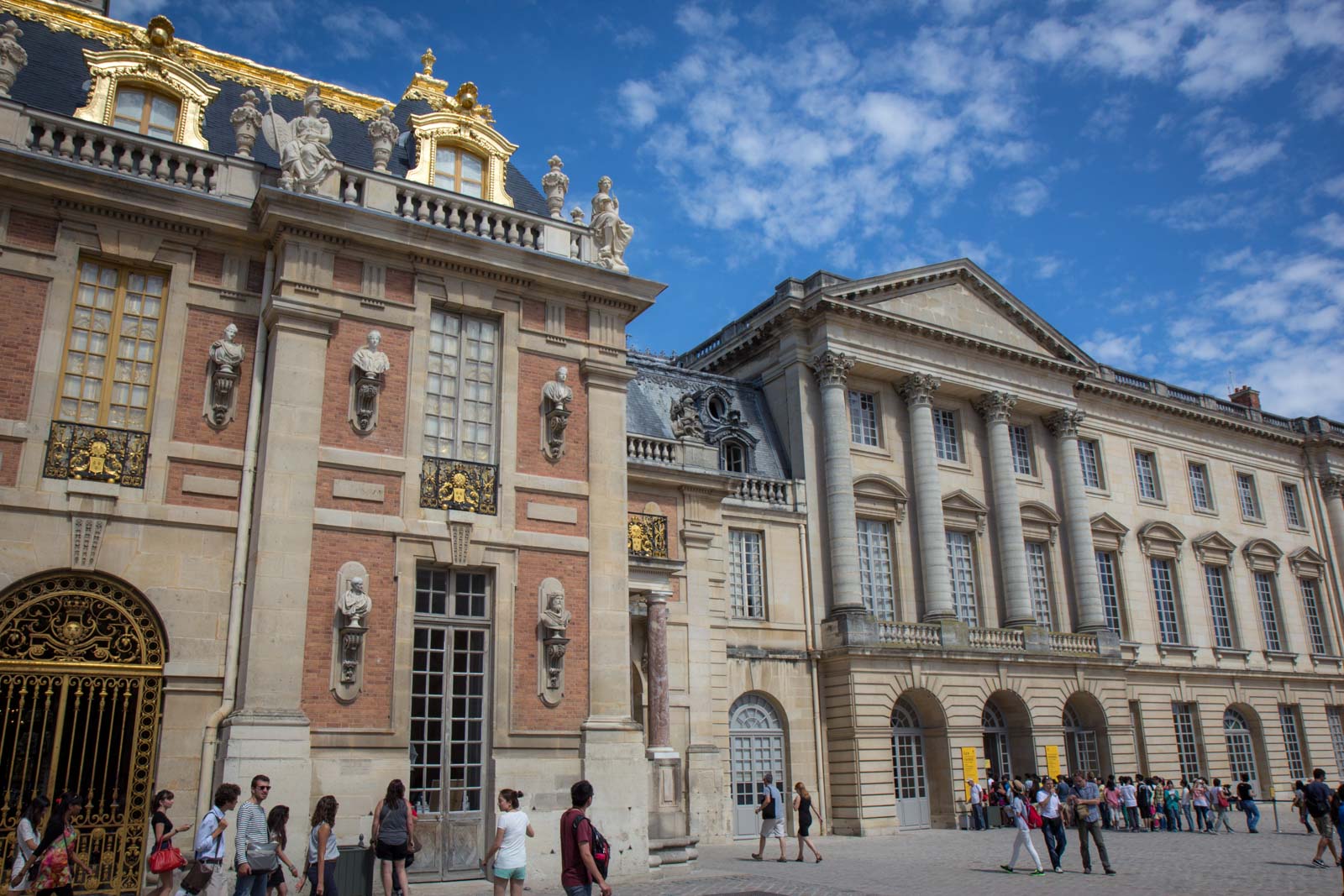 If only the number of guests had been restricted to 600 from that day on, I would not have been crushed on this summer afternoon amongst the heaving mass of tourists trying to take photos, get a better view, or just move further into the palace.

But, then again, the size of the palace was expanded over the coming years until 1710 when it finally looked quite similar to the way we still see it today.

Although there have been more changes since then, they tended to be additions or modifications that didn’t alter basic structure of the compound. 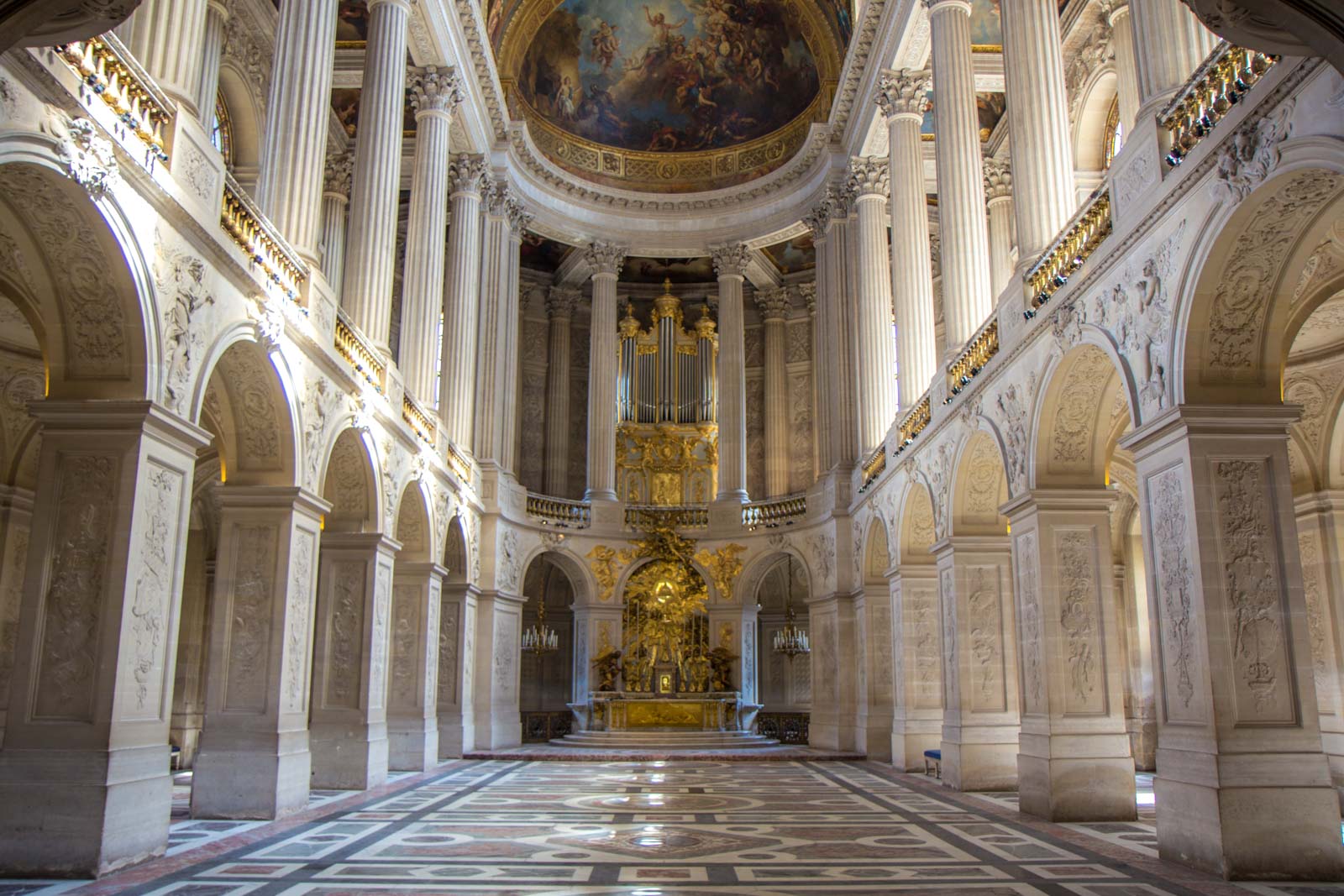 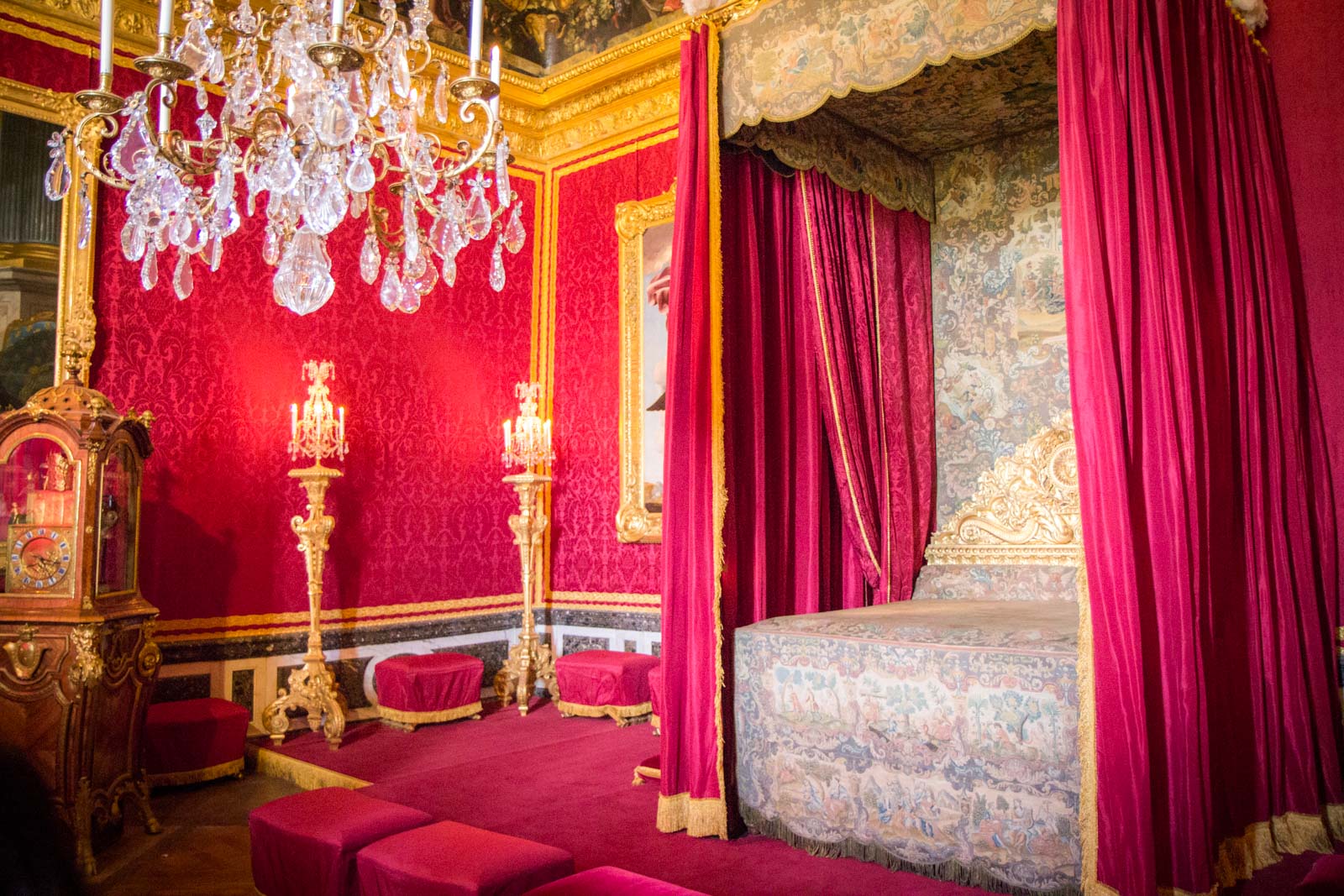 Versailles and the palace’s legacy

The Palace of Versailles has come to represent the tumultuous nature of modern French history as much as it has the incredible design and architecture that makes it one of the most stunning buildings in the world.

For hundreds of years it was used as a political plaything by the rulers and would-be rulers of the country, arguing over the cost, the ownership of its artworks, its role in the public sphere and the funding of restoration. 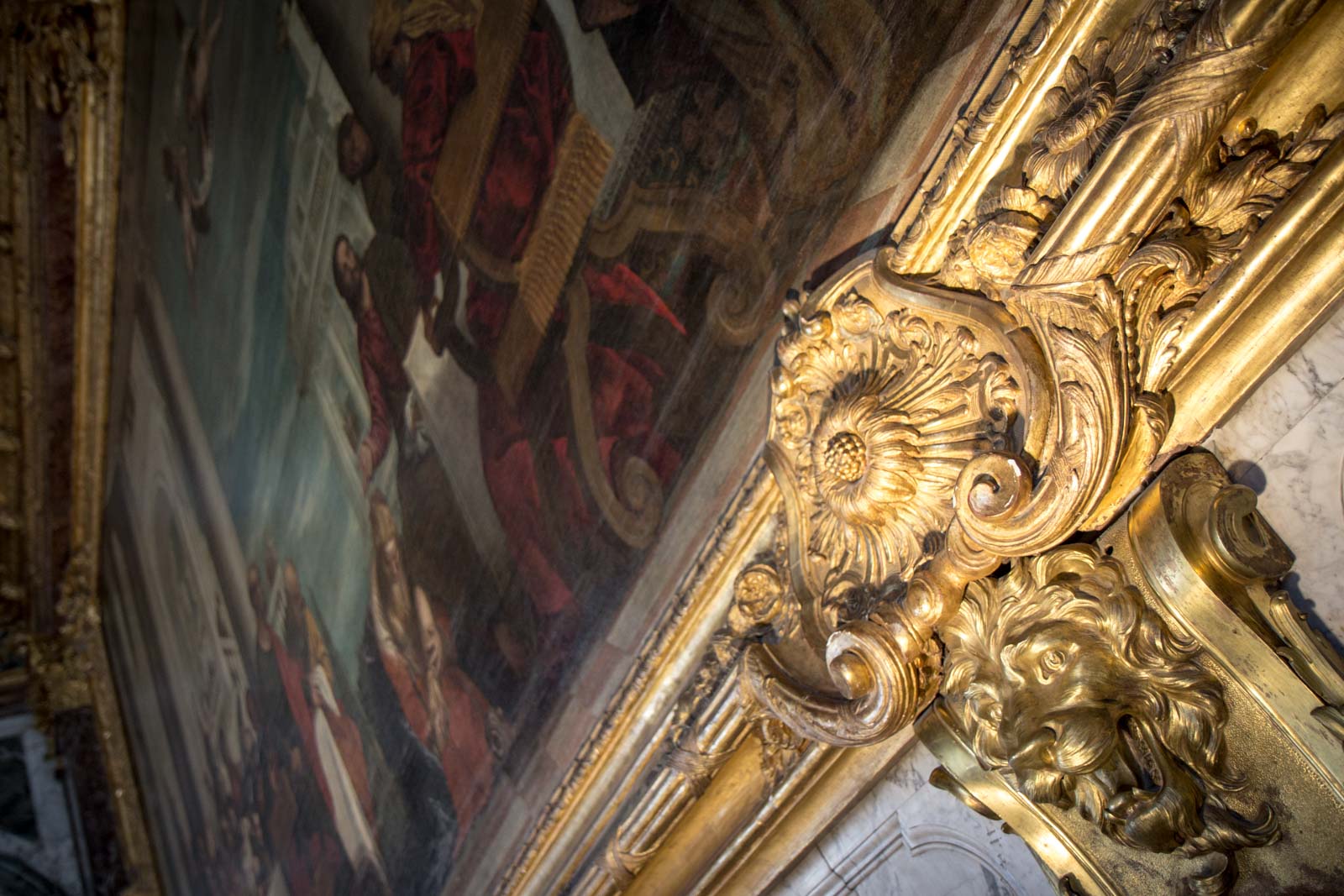 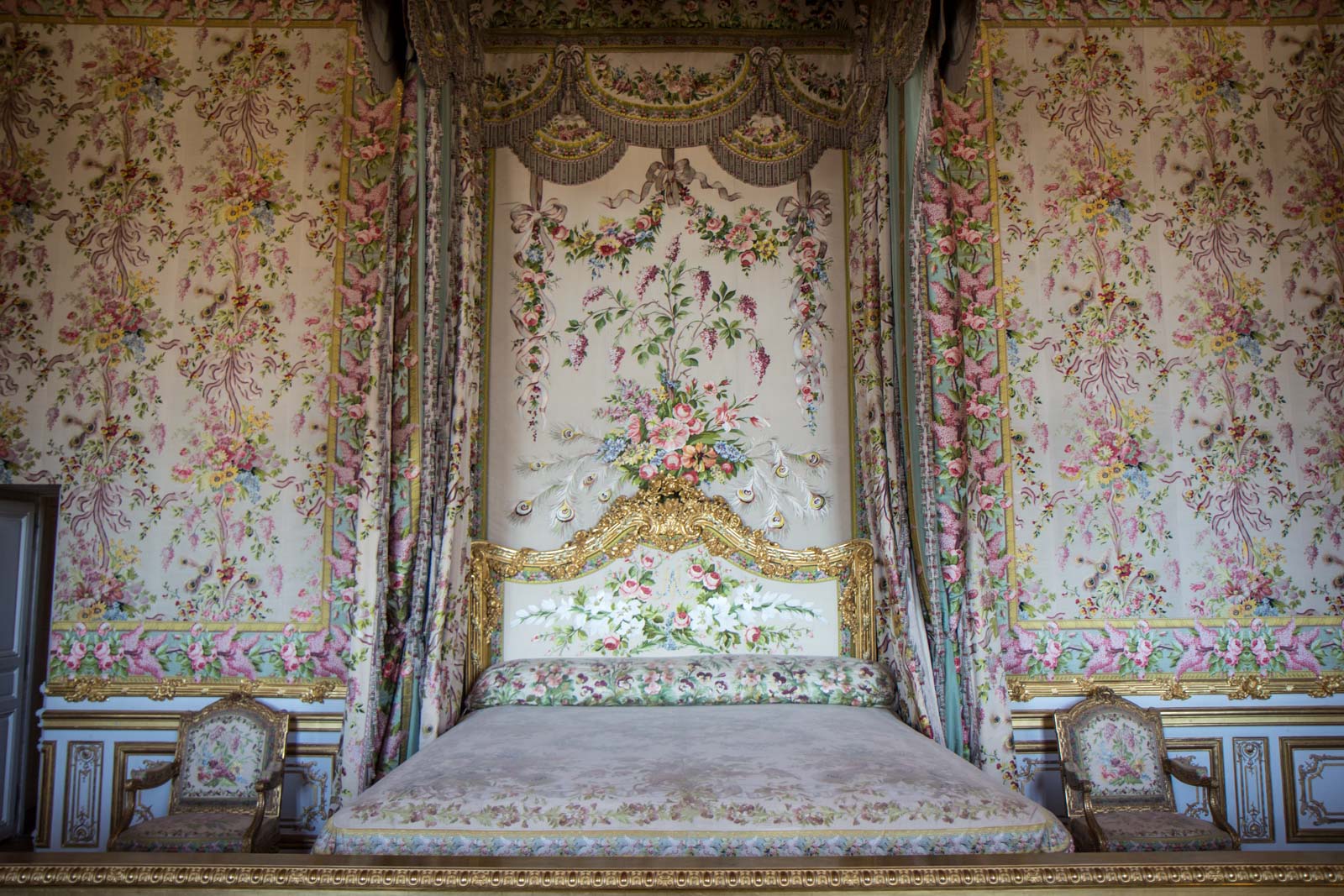 But despite the sale of precious items to bolster the French treasury and the years of neglect, Versailles has come through wars and revolutions relatively unscathed (albeit, with a lot of rejuvenation work).

It’s not really known how much money has been spent on the palace over the hundreds of years it has existed, but the estimates are astonishing.

The most popular guess is that a figure of about 2 billion dollars (in today’s figures) was spent before the French Revolution. Since then, maybe as much has been spent again. 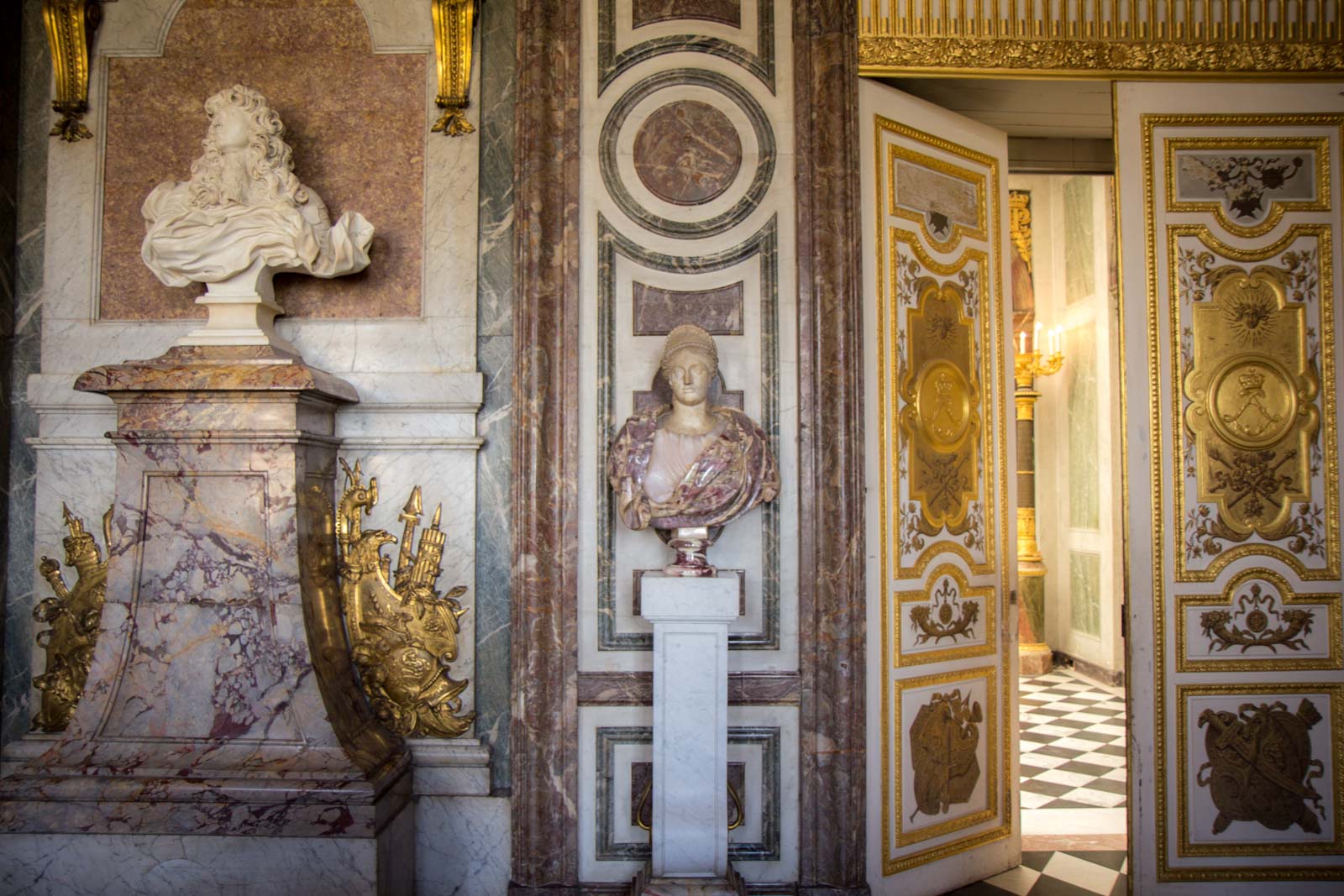 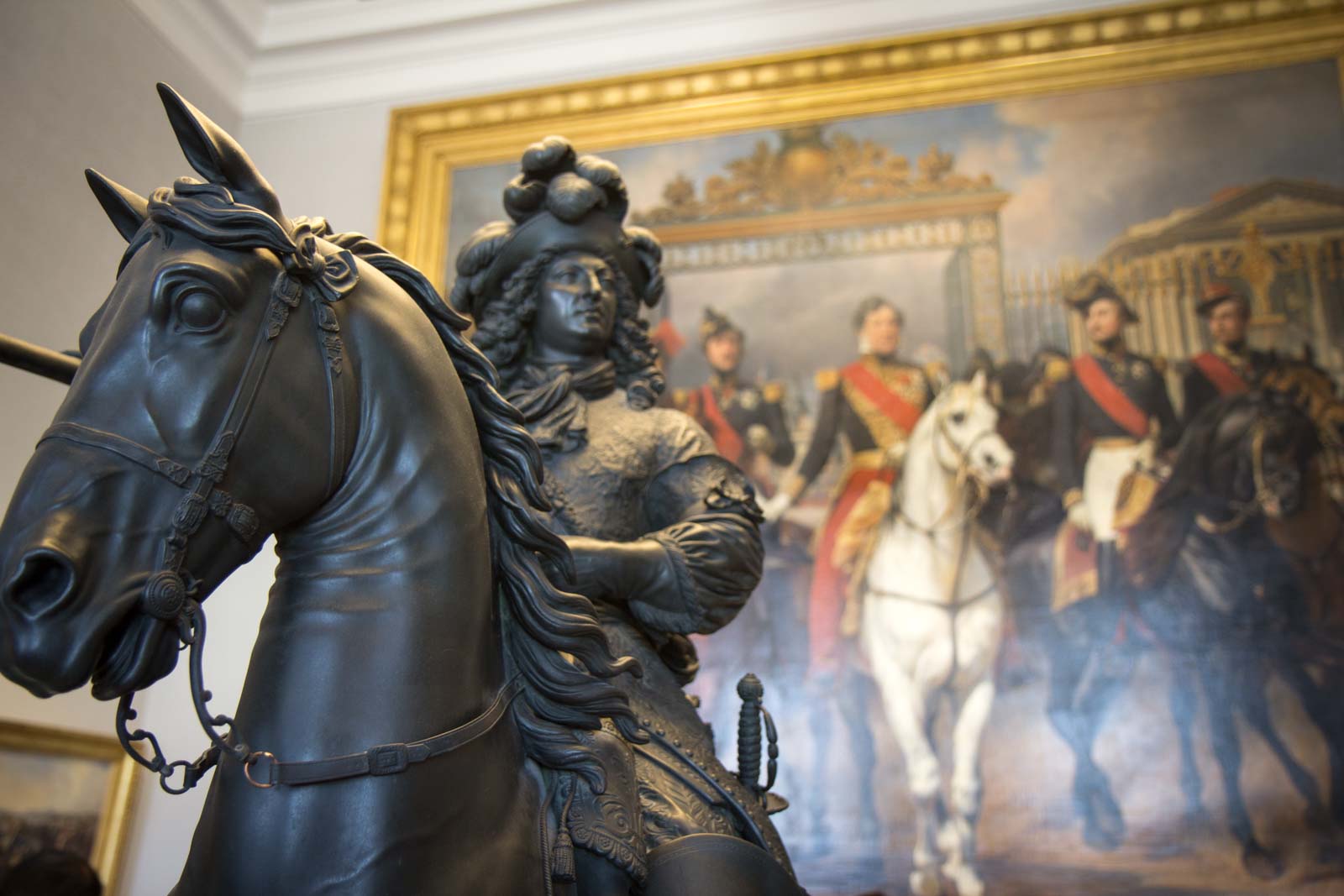 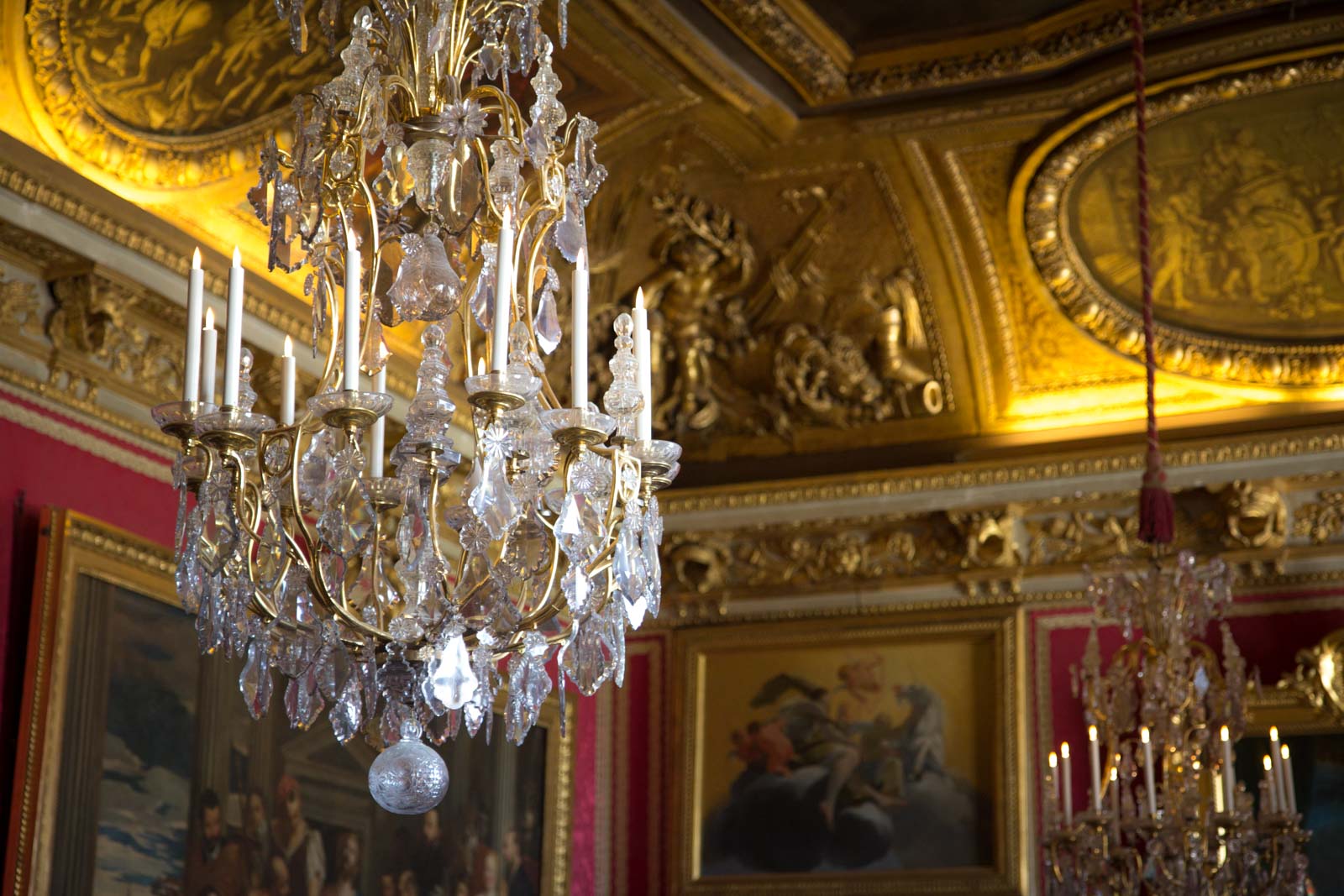 These days, international experts work alongside the French in maintaining this majestic royal seat. In some ways, though, things have not changed too much since the Venetian mirror-makers were enticed to Paris.

The Palace of Versailles is still very much a French affair and a bricks and mortar symbol of a great country that’s influence once stretched across the globe.

Almost four hundred years ago, it was the Venetians who spilled blood to keep their secrets. Now the French are doing an excellent job of sharing theirs.

Although there’s a long line to get into the Palace of Versailles, that’s for people who are visiting independently. Most tour groups have arrangements that let them skip the line – and that makes it worthwhile in itself!

Here are a few options that I would suggest. Not only will you be able to skip the line, you’ll get a great guide to tell you all about the palace!

>> More info here about the Palace of Versailles