In the alleys and walkways of the Vila Canoas favela in Rio de Janeiro, it’s easy to lose your sense of direction, height and time.

There are no roads in this community and at times residents navigate their way through passageways that suddenly descend into the plumbing under a building.

There are tunnels of staircases cut into stone filled with smoke and illuminated only by the light at either end. And throughout it all is a warren of paths split off in every direction as dictated by the needs of the locals.

But for the people who live in this slum on the side of one of Rio de Janeiro’s mountains, this is home and they know it as well as anyone knows their neighbourhood. 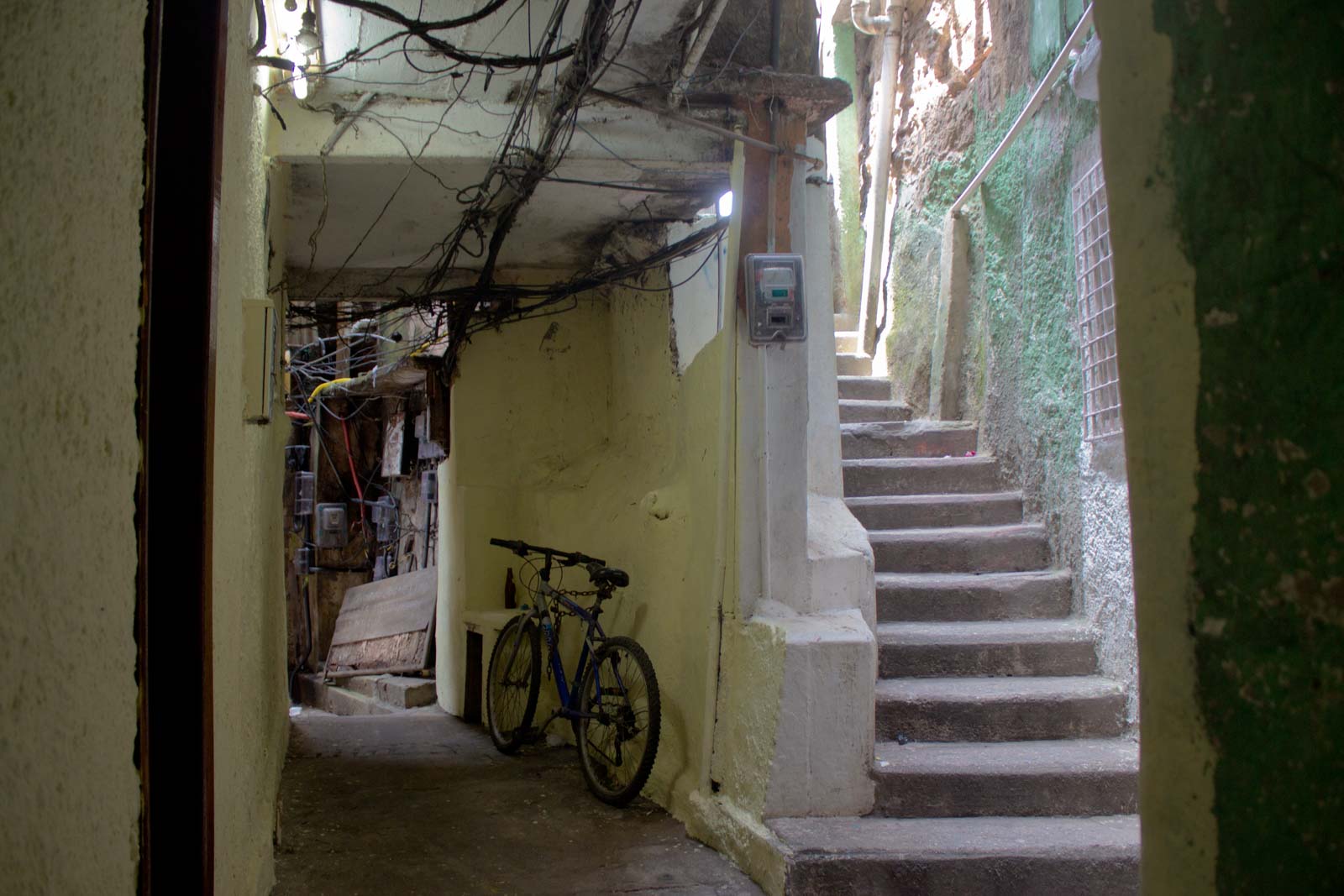 Vila Canoas is home to just a few thousand people, forced into a favela by poverty and with no ladder to climb out of it. Within its boundaries, though, is a vibrant economy that serves the needs of the residents.

Small spaces underneath houses have been turned into bars or restaurants where you can buy a coffee for 50c or a hamburger for a couple of dollars.

Getting lost in the maze of alleys inevitably leads you unexpectedly to an organic home of commerce. 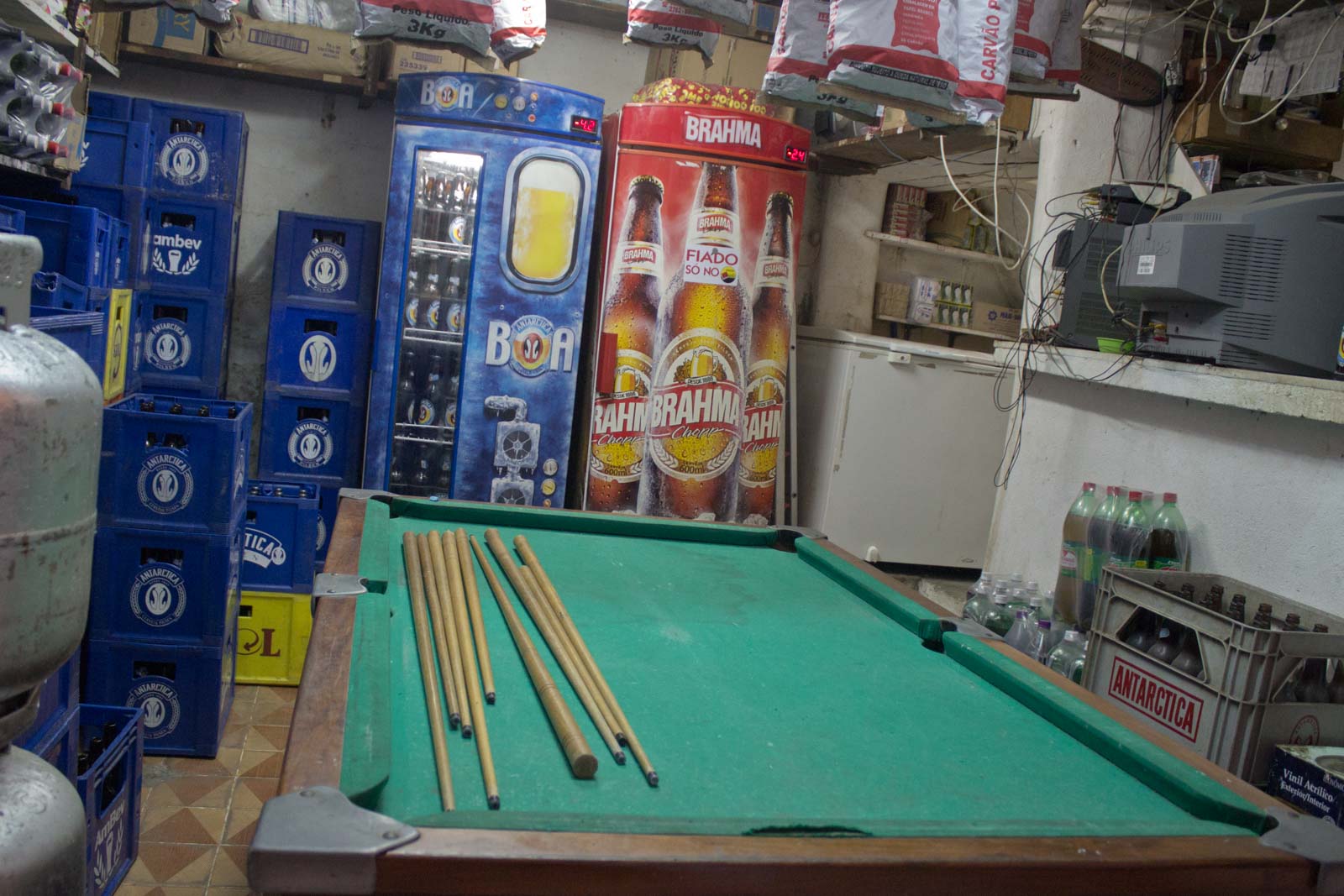 The favelas of Rio de Janeiro

I’m on a tour of two Rio favelas run by Brazilian, Marcelo Armstrong. He tells us that the locals actually like having tourists come through their community to see what life is really like here – there are too many negative preconceptions.

“There was curiosity both ways when I first had the tours”, he says.

Most of the visitors who take his tours are foreigners, though. He would like to increase the number of Brazilians who want to get a better understanding of their country. 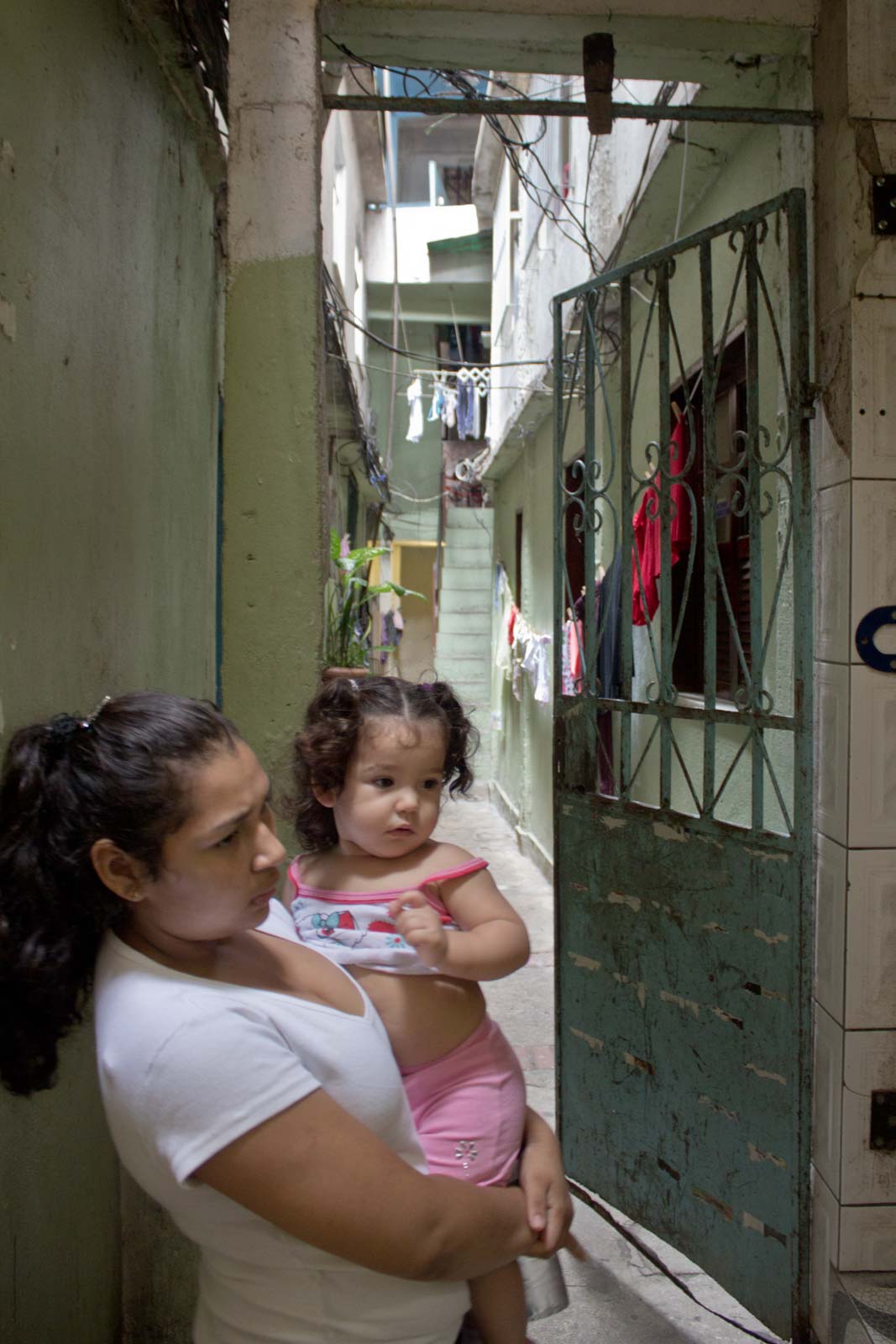 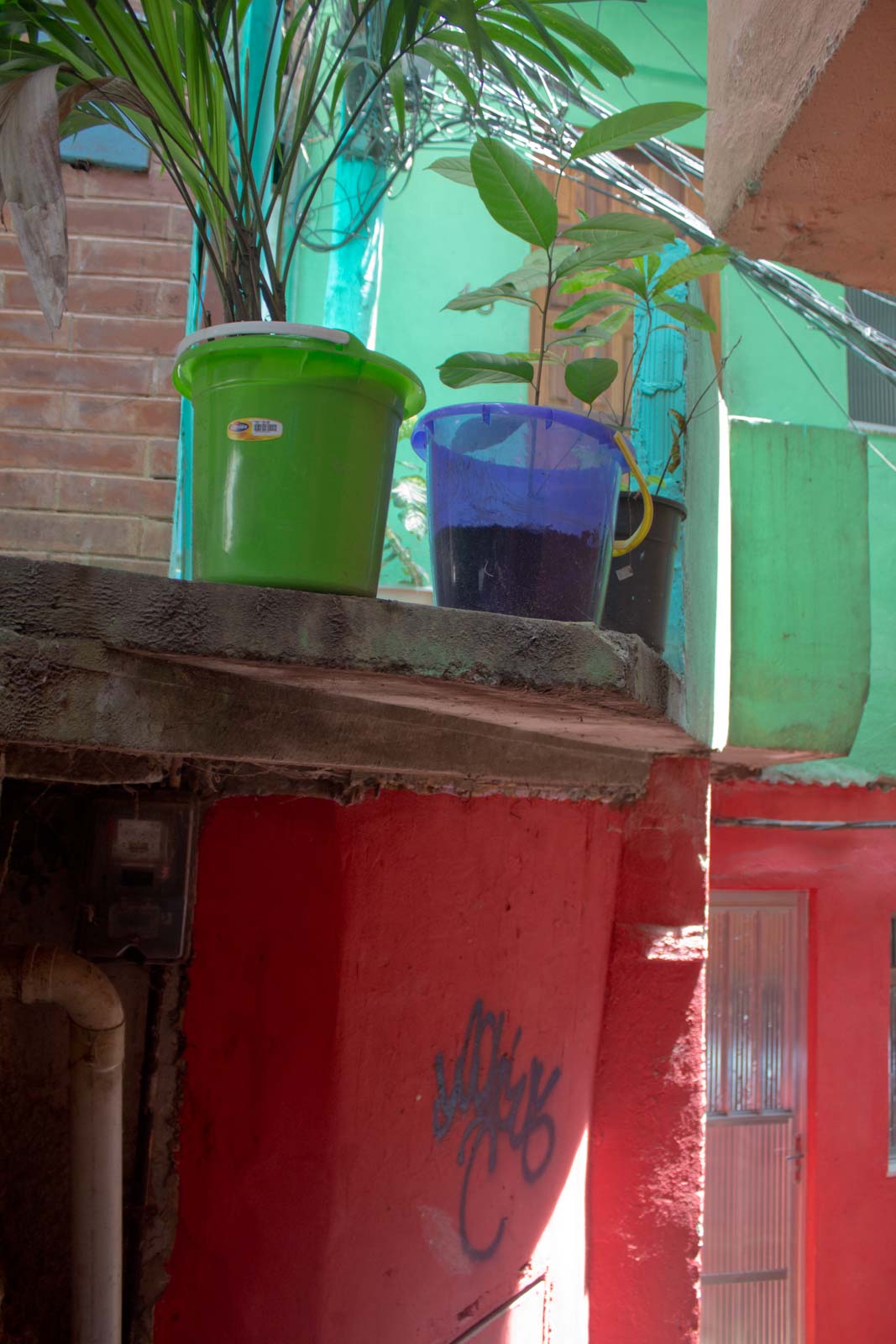 If the stereotyped image of the favelas is of a dirty shanty town, then walking through Vila Canoas shatters that cliché.

The planning of the neighbourhood is haphazard and buildings are piled on top of each other or squeezed into any spare space. But it’s not dirty.

In one small courtyard we emerge into, murals have been painted on all the walls and caged pet birds chirp as the rays of sun cut down from the sky, visible through a break of the homes high above. 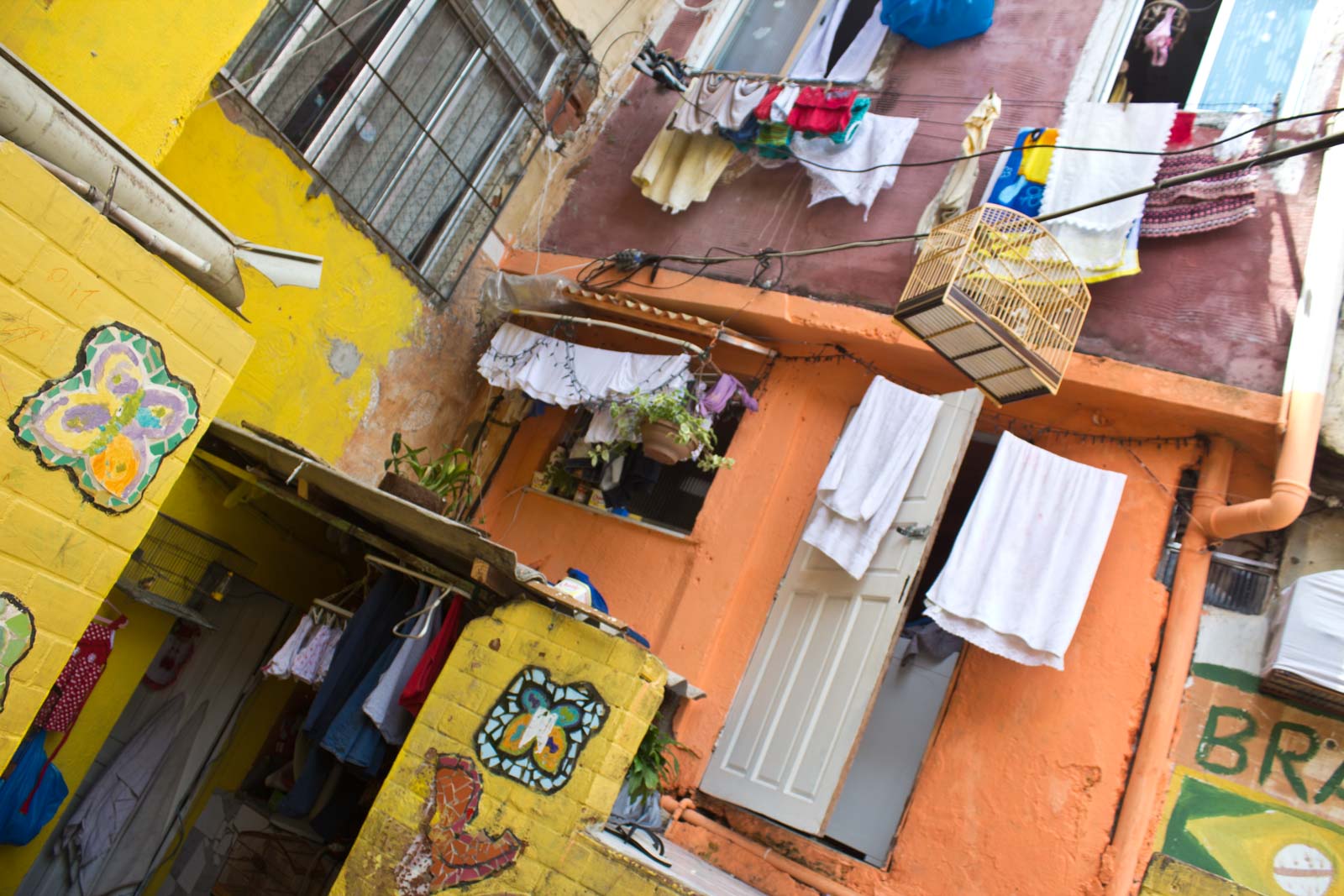 Through one window I spot a plasma television in a small lounge room. Marcelo tells us that the drug lords steal cable television and sell it cheaply to the residents.

In the favelas that have been pacified, the cable companies offer the service legally at a rate slightly higher than the illegal one. Electricity is also supplied to the communities by the government but the water provider has been privatised.

Most residents have blue water tanks on their roofs to store an emergency supply of water for when the company temporarily cuts them off. 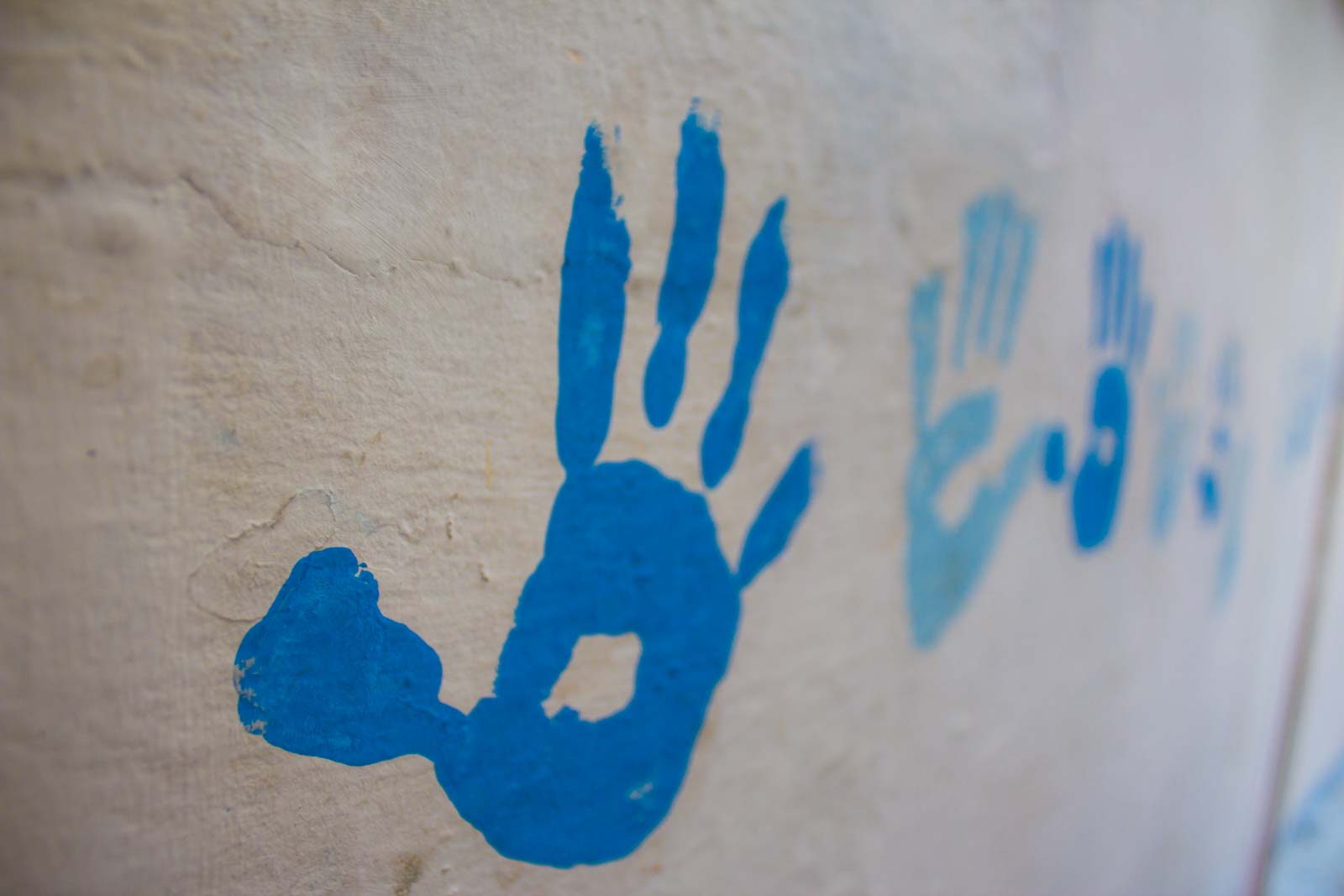 Once someone has lived on their patch of land for five years, it legally becomes theirs and the government can’t move them on. It’s this stability that encourages investment by the locals in their neighbourhood.

Marcelo’s favela tour includes a small school that is funded by private donations and proceeds from the tour. The aim is to educate the children of the slums and give them the opportunities to improve their lives. 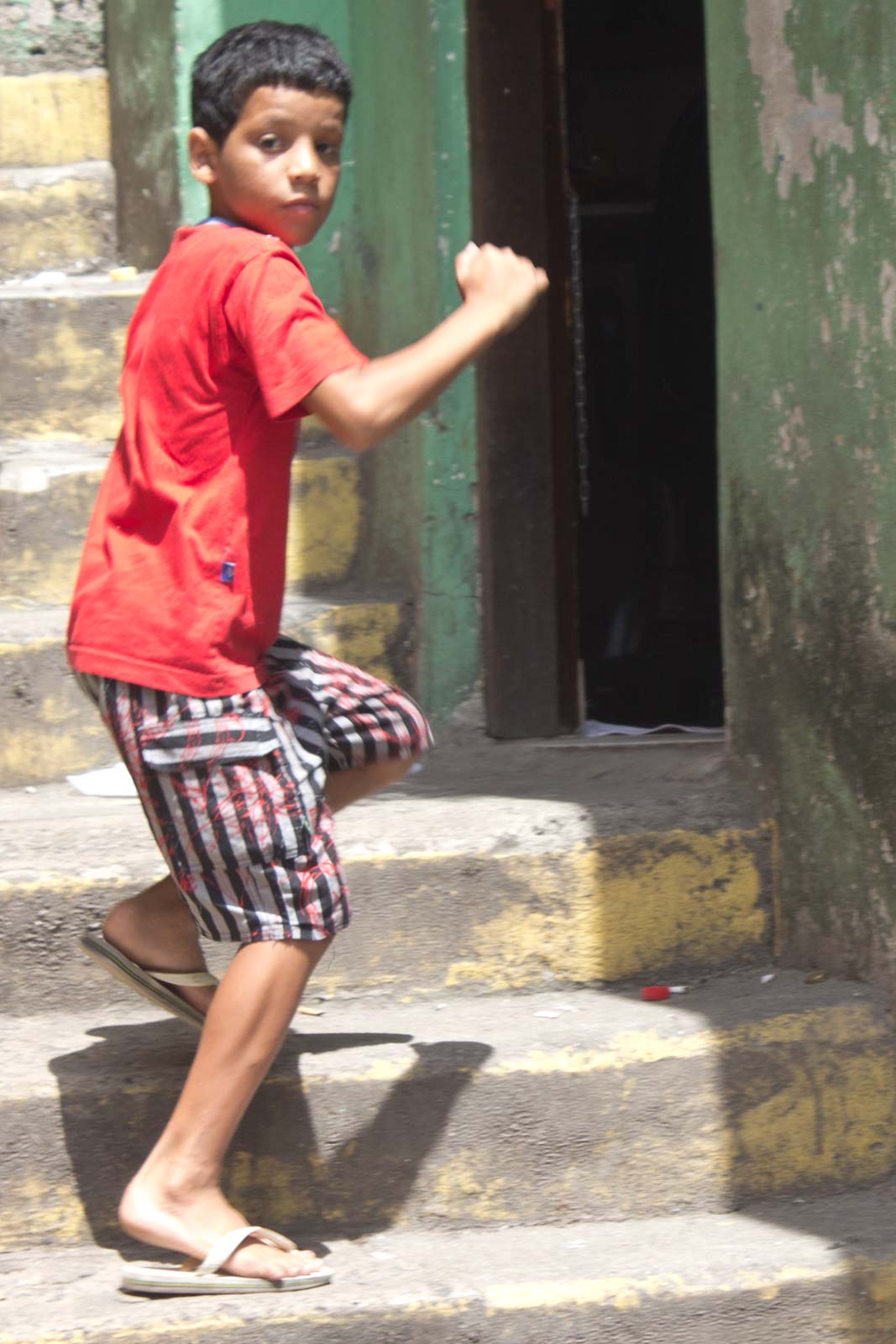 Through education, the next generation can rise above the destiny they were born into.

The reality is that although the Brazilians living in the favelas have made their life as comfortable as possible, it’s not a life anyone would choose.

Most are not criminals or drug dealers – they are merely victims of circumstance.

Check out Part One: The military occupation of Rio’s slums