One of the things that strikes you at the Killing Fields, on the outskirts of Phnom Penh, is how crude everything once was here – even the murders. Especially the murders. 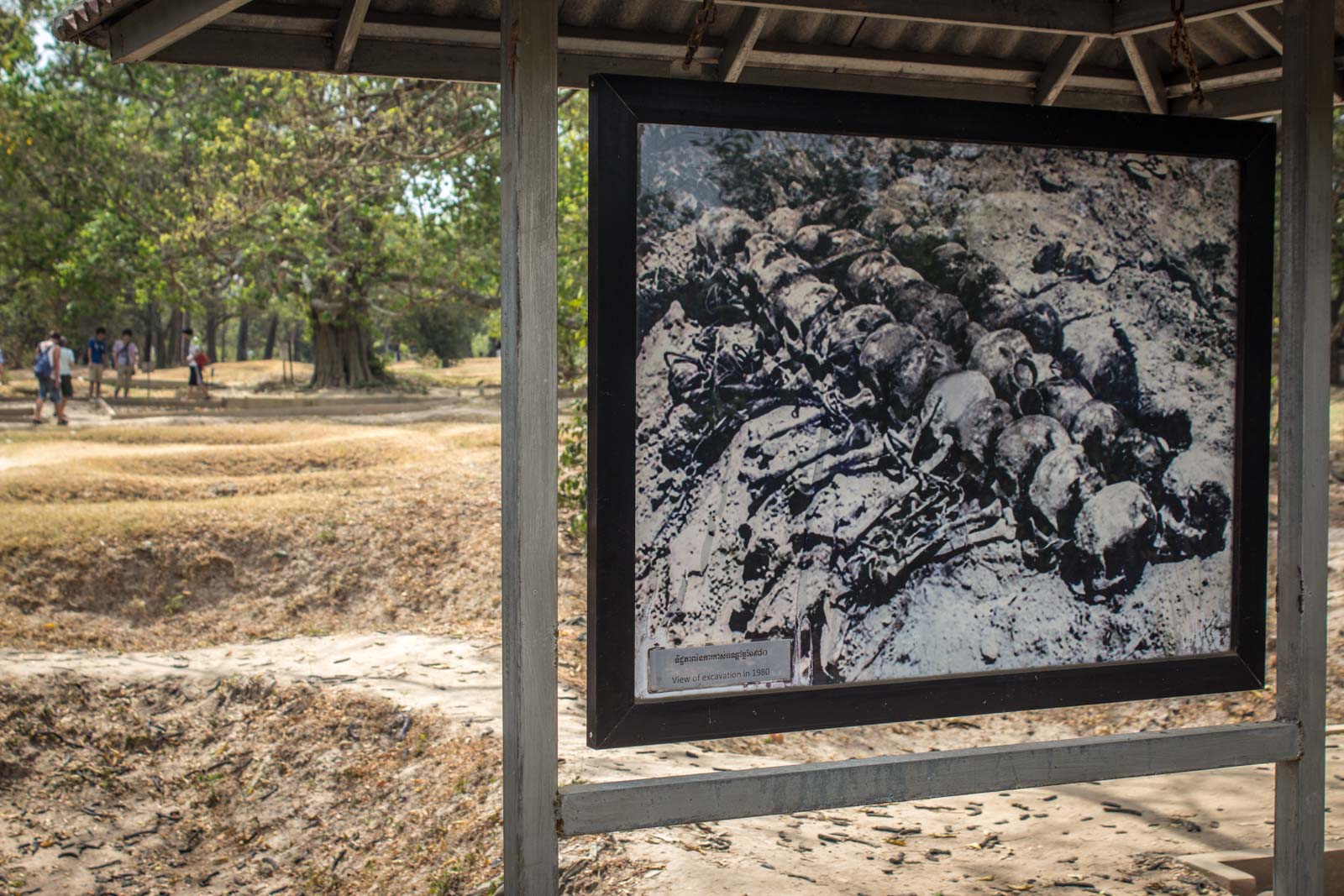 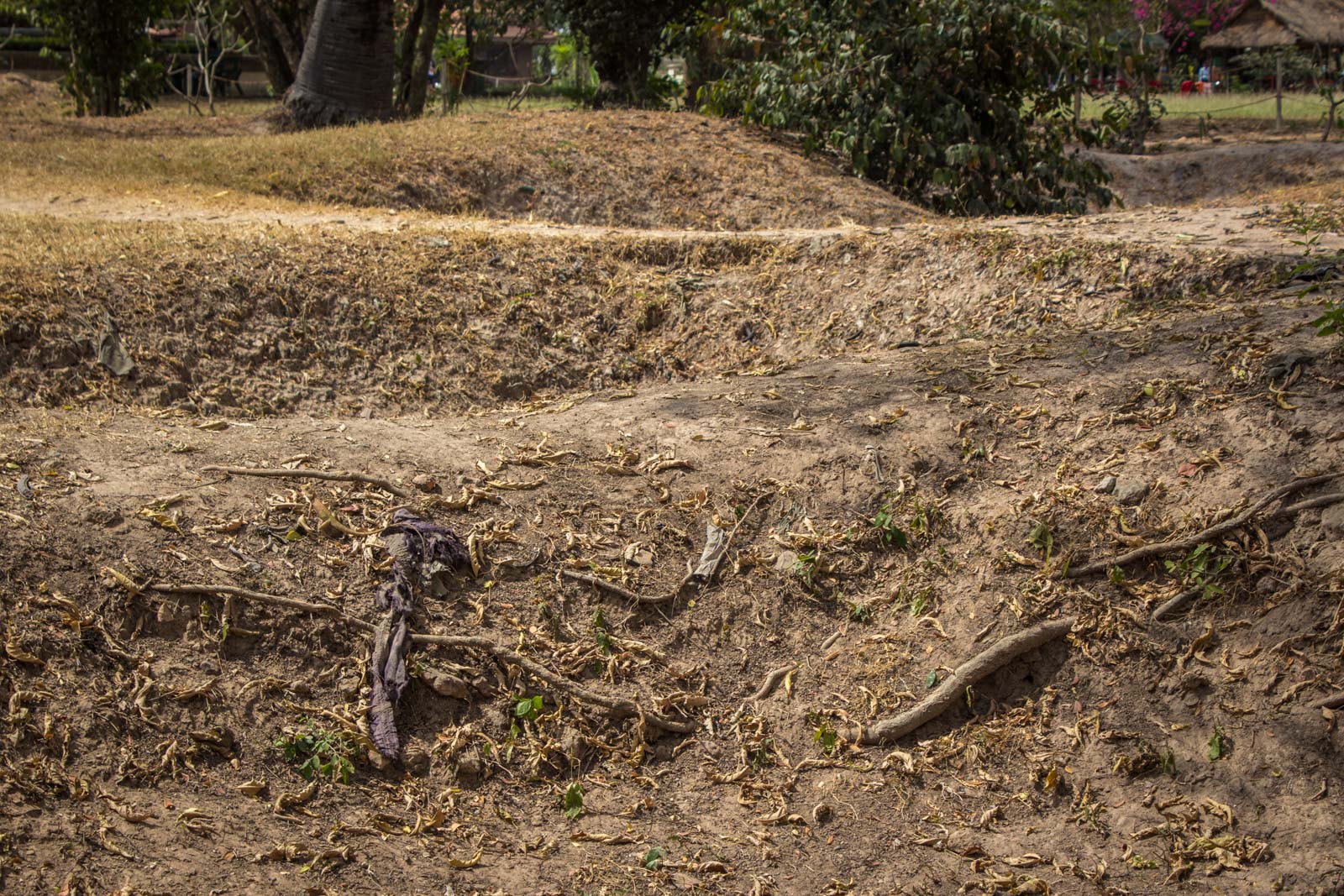 The Killing Fields is part of the legacy left by the Khmer Rouge in Cambodia.

When Pol Pot and his murderous organisation took control of the country, he tried to enforce his communist dream through a nightmare of fear and violence. Anyone with the ability to think for themselves was seen as a threat and he set out to eliminate them.

Simply having a career as something like a lawyer, doctor, linguist or teacher was enough to mark you for death. That Pol Pot himself was once a teacher and spoke multiple languages was irrelevant in this brazen genocide. 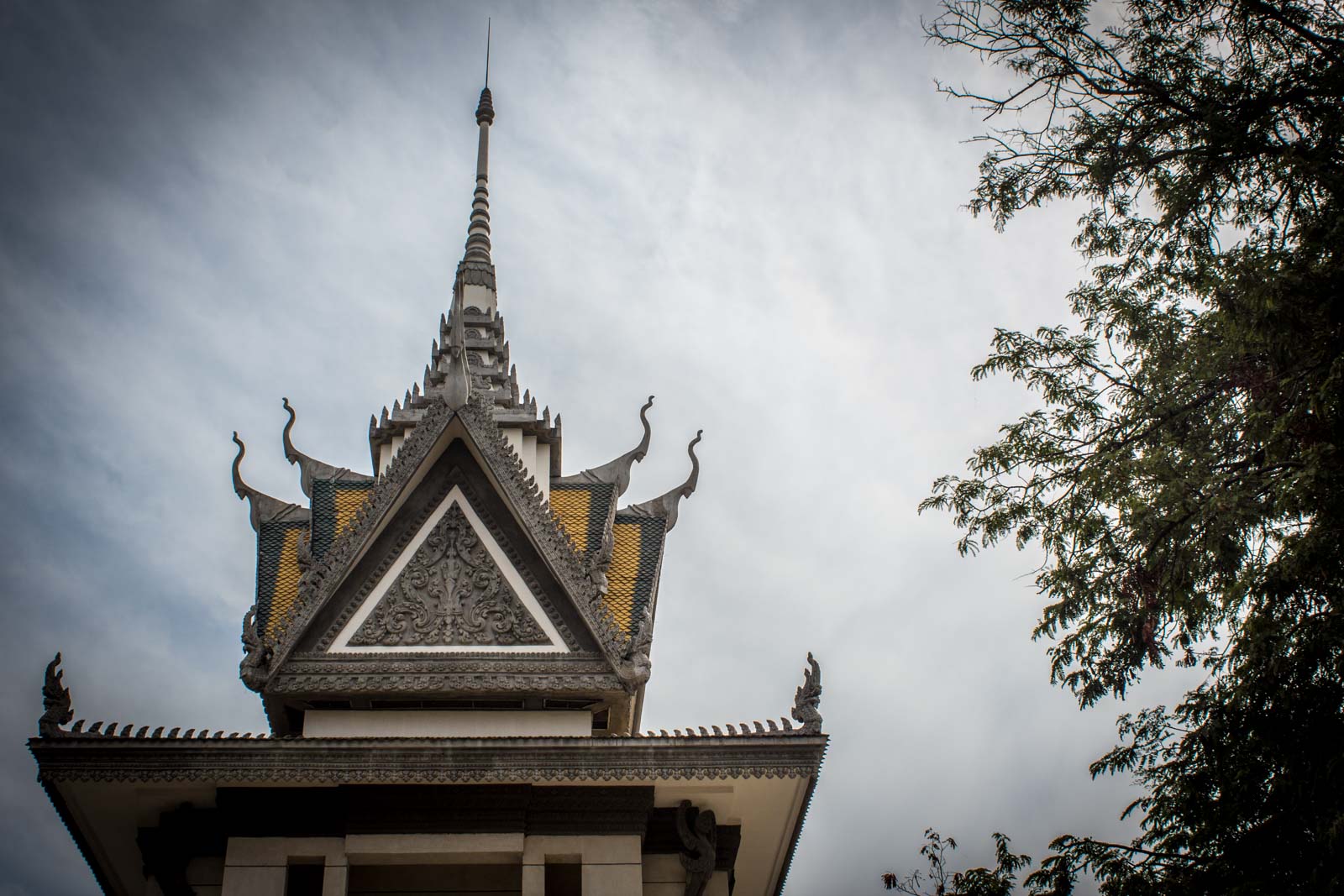 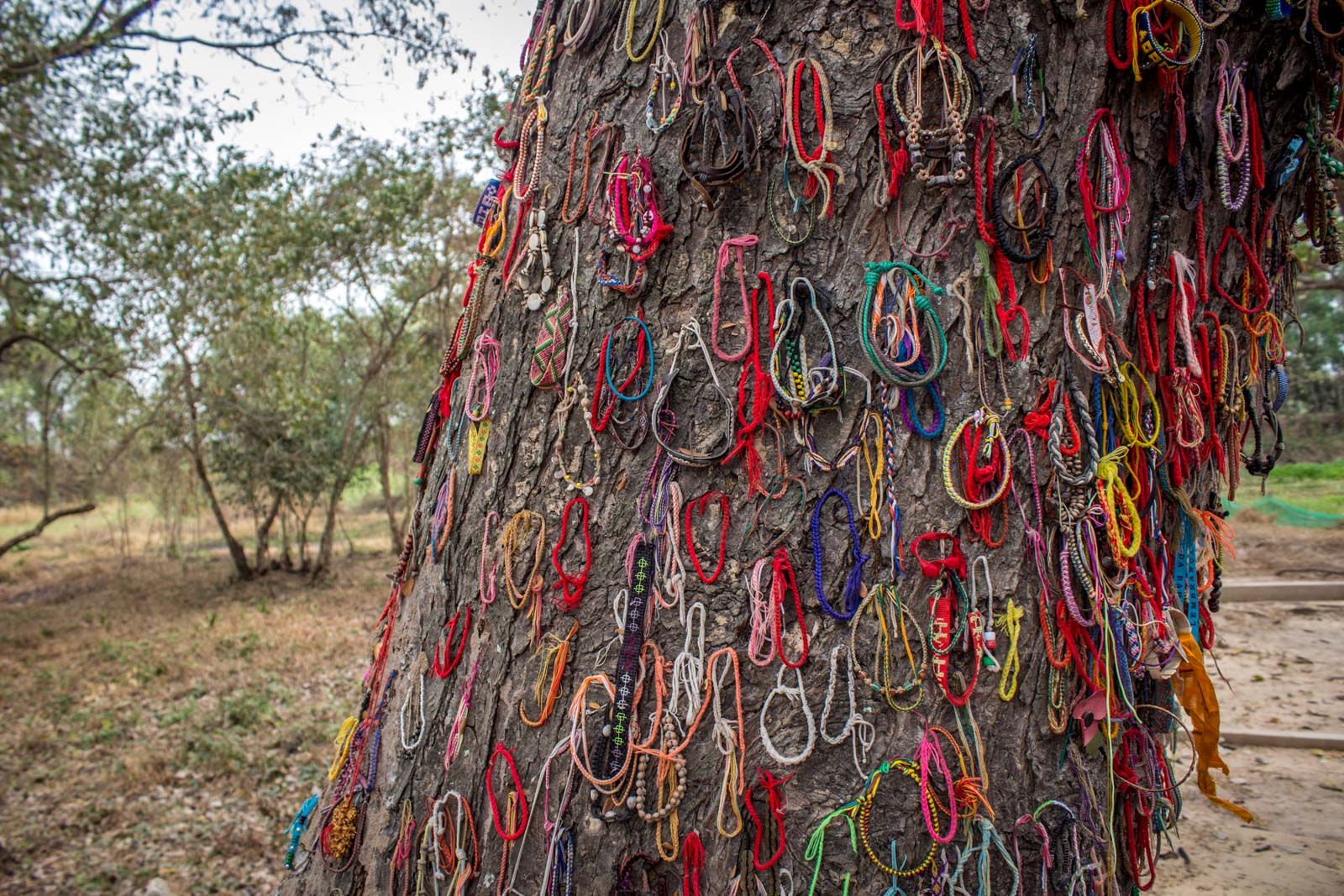 Cambodia became isolated and over the four years the Khmer Rouge ruled the country between 1975 – 1979, it’s estimated about 3 million people died. That was almost half the population at the time.

At least 20,000 Cambodians were executed here at the Killing Fields in Phnom Penh (the site is also known as Choeung Ek Genocidal Centre).

They were brought out in trucks, taken to pits that had been dug in the ground, and then bashed/hacked/mutilated before being thrown into the hole.

Body upon body piled up on top of each other in the mess of massacre. 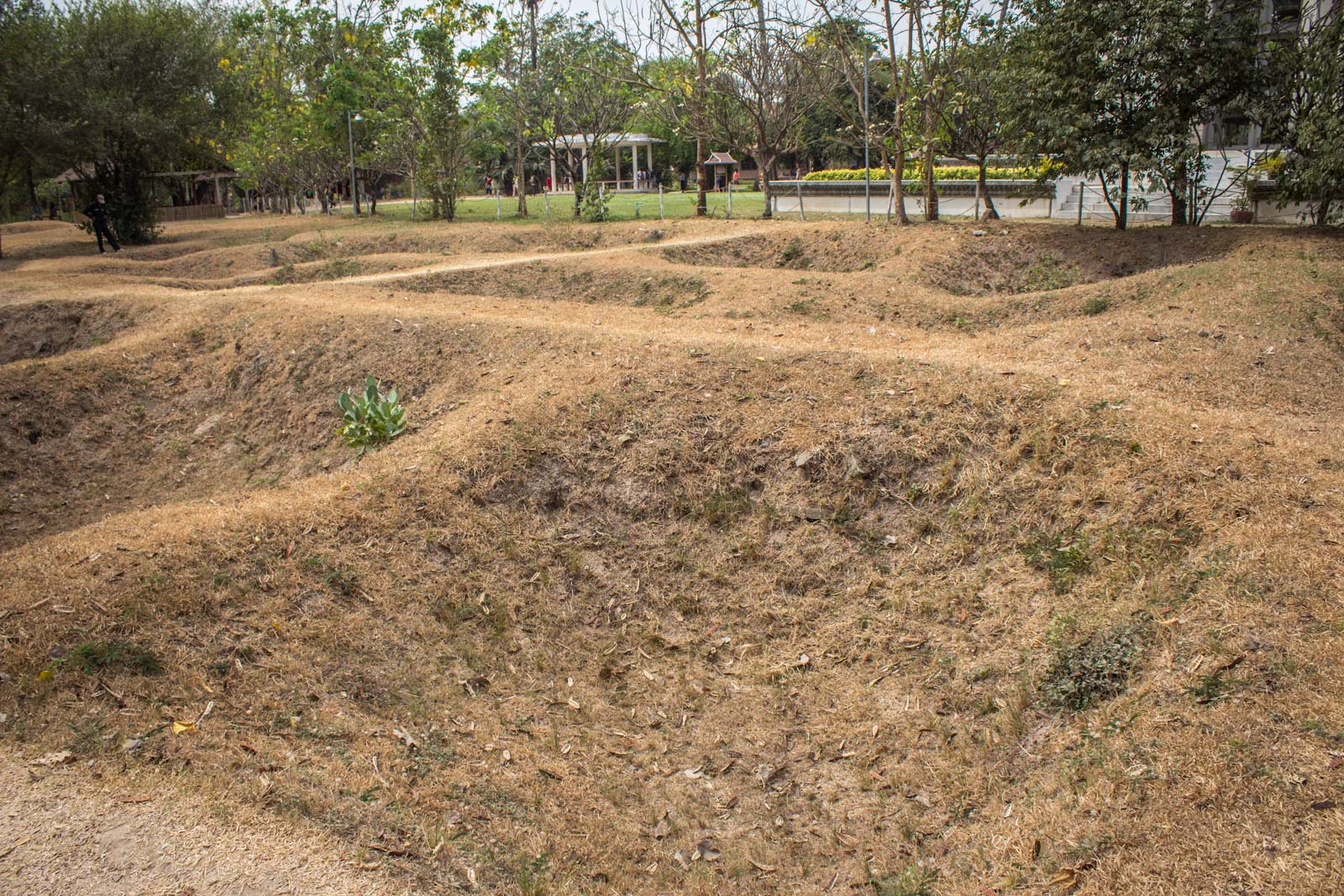 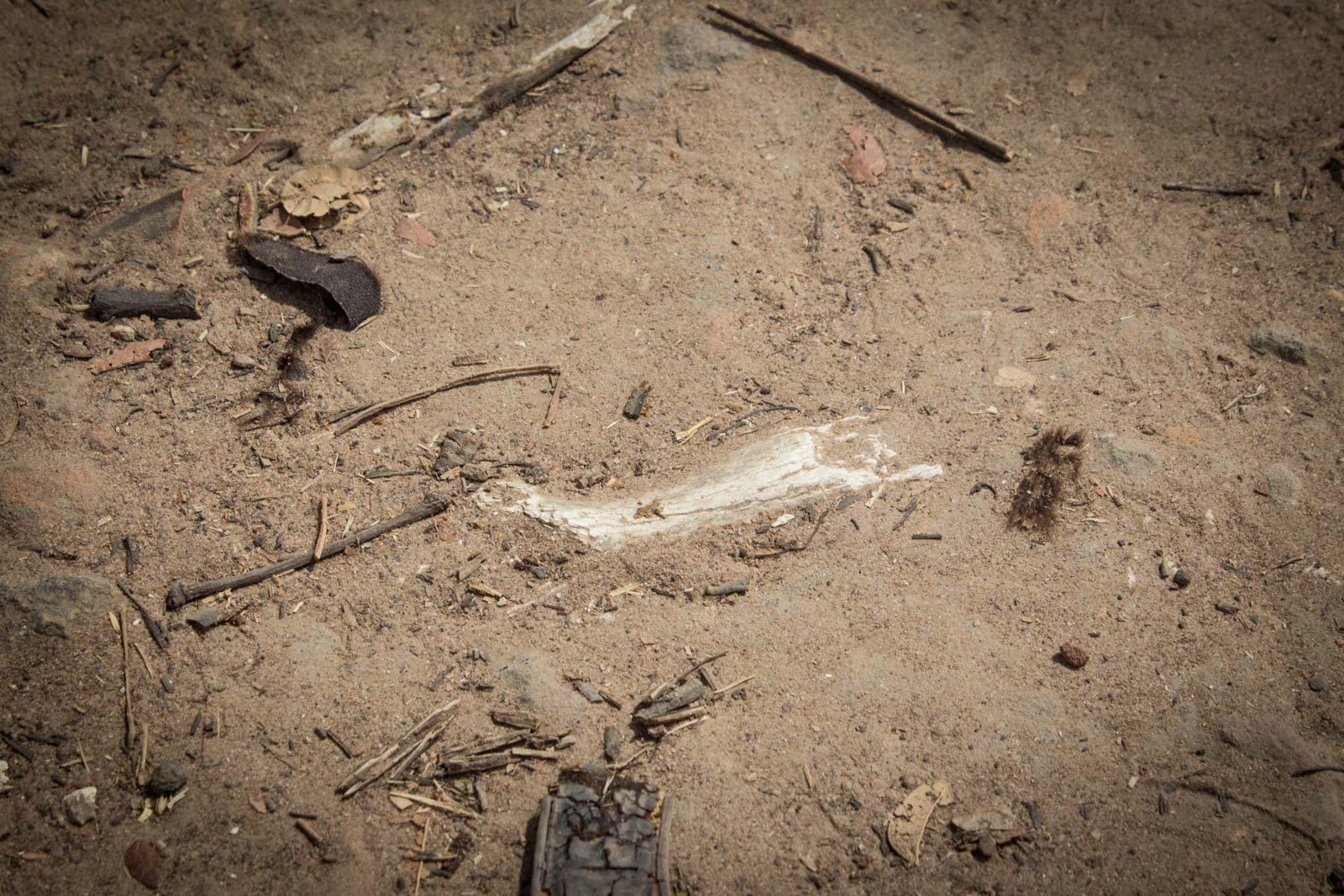 From an infrastructure point of view, the site is crude. Nowadays there are no originals building left but, even back then, there were just a few small wooden structures.

Comparing it, for example, to the German concentration camp Auschwitz in Poland, you realise how primitively brutal the Khmer Rouge was.

There was no plan for the future, no nation-building grand design. They weren’t trying to create a society, they were trying to destroy one. 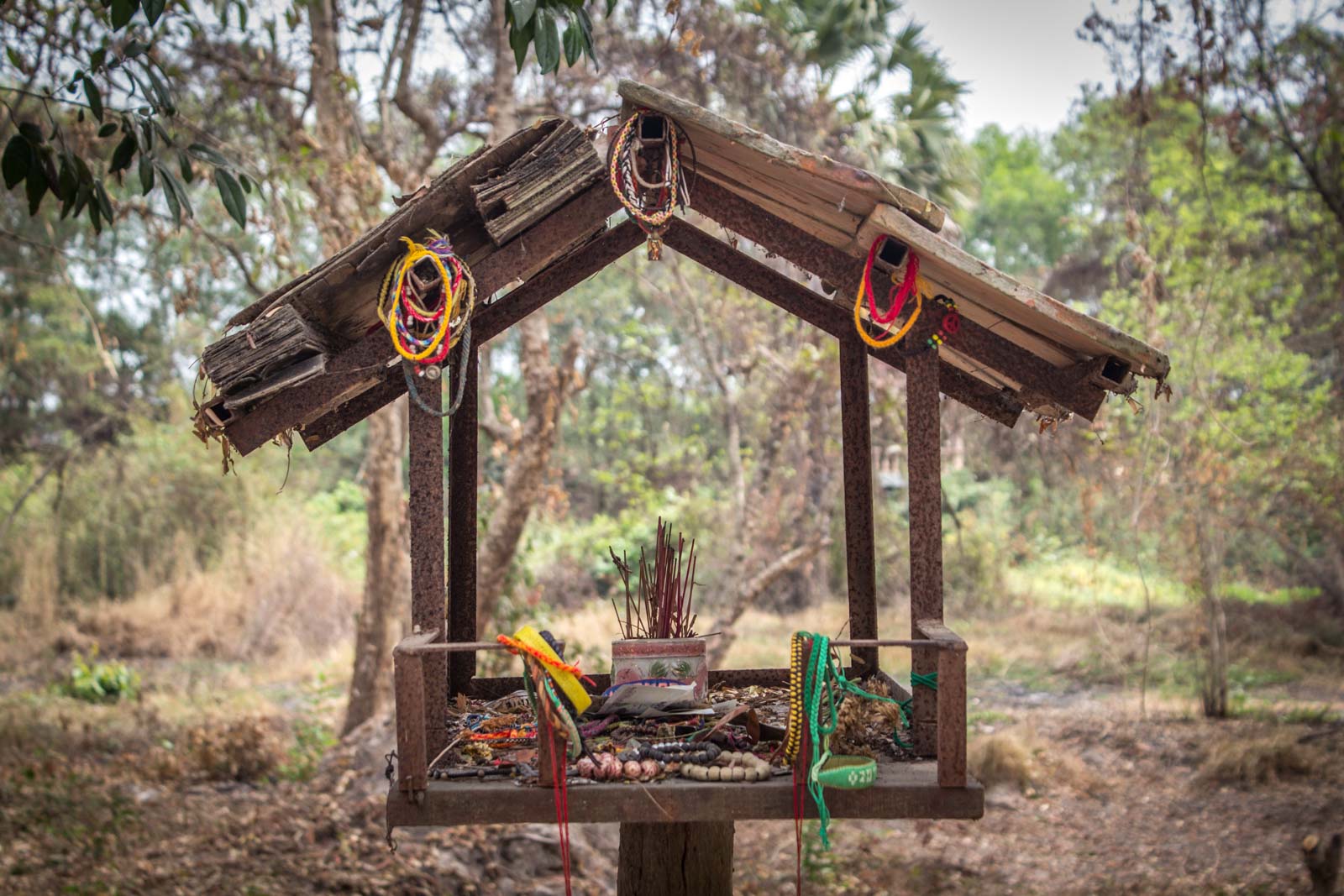 The free audioguide which comes with the entrance fee at the Killing Fields paints the picture well. It describes how the site would have looked during the Khmer Rouge’s reign and includes first-person accounts of those who were there at the time. It puts into perspective what you can see today.

If you would prefer to visit with a tour, I can recommend one of the following: 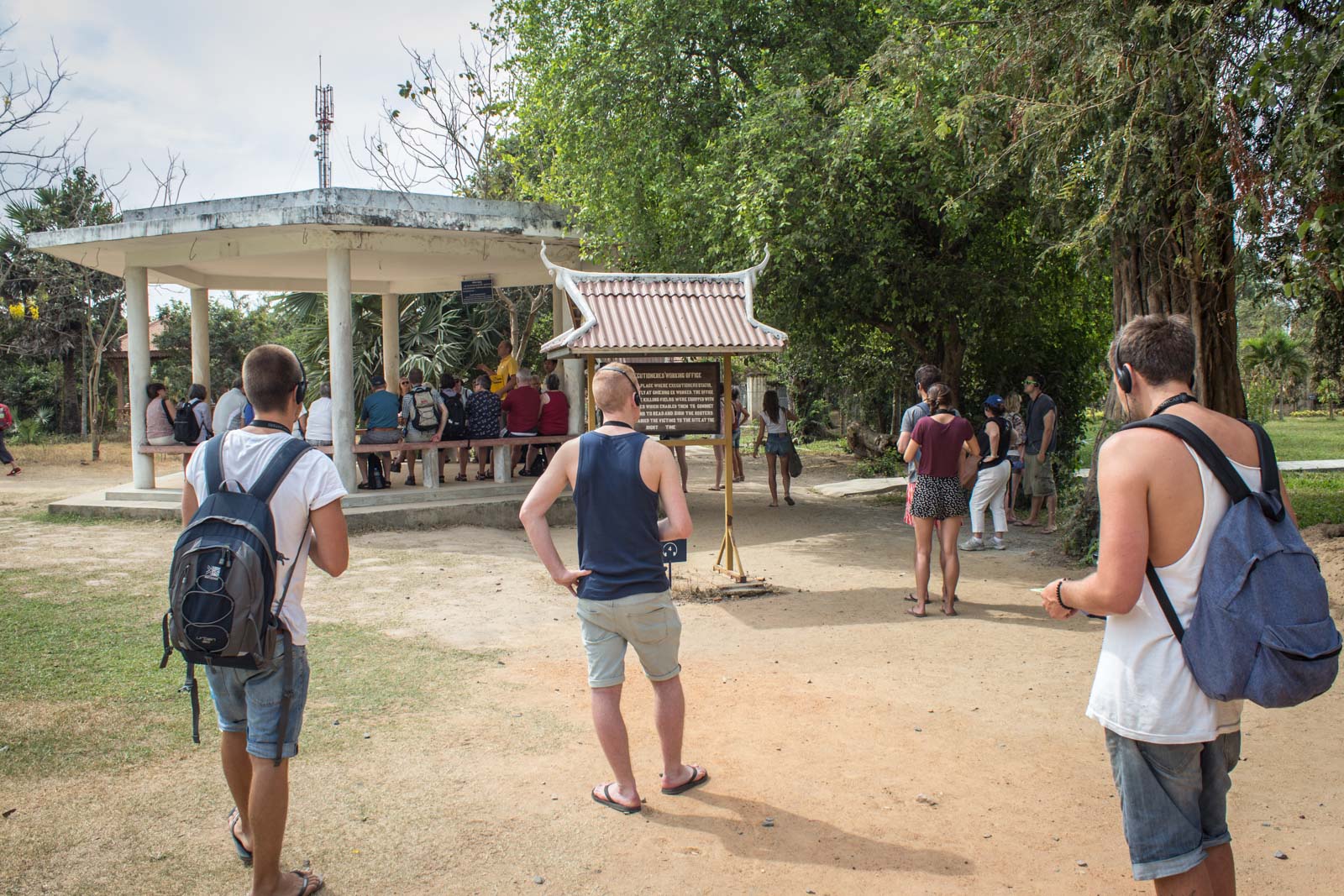 Dug-out pits with rags of clothing still half-buried in the dirt; human bones protruding from the ground; the tree the guards would smash babies against to kill them. 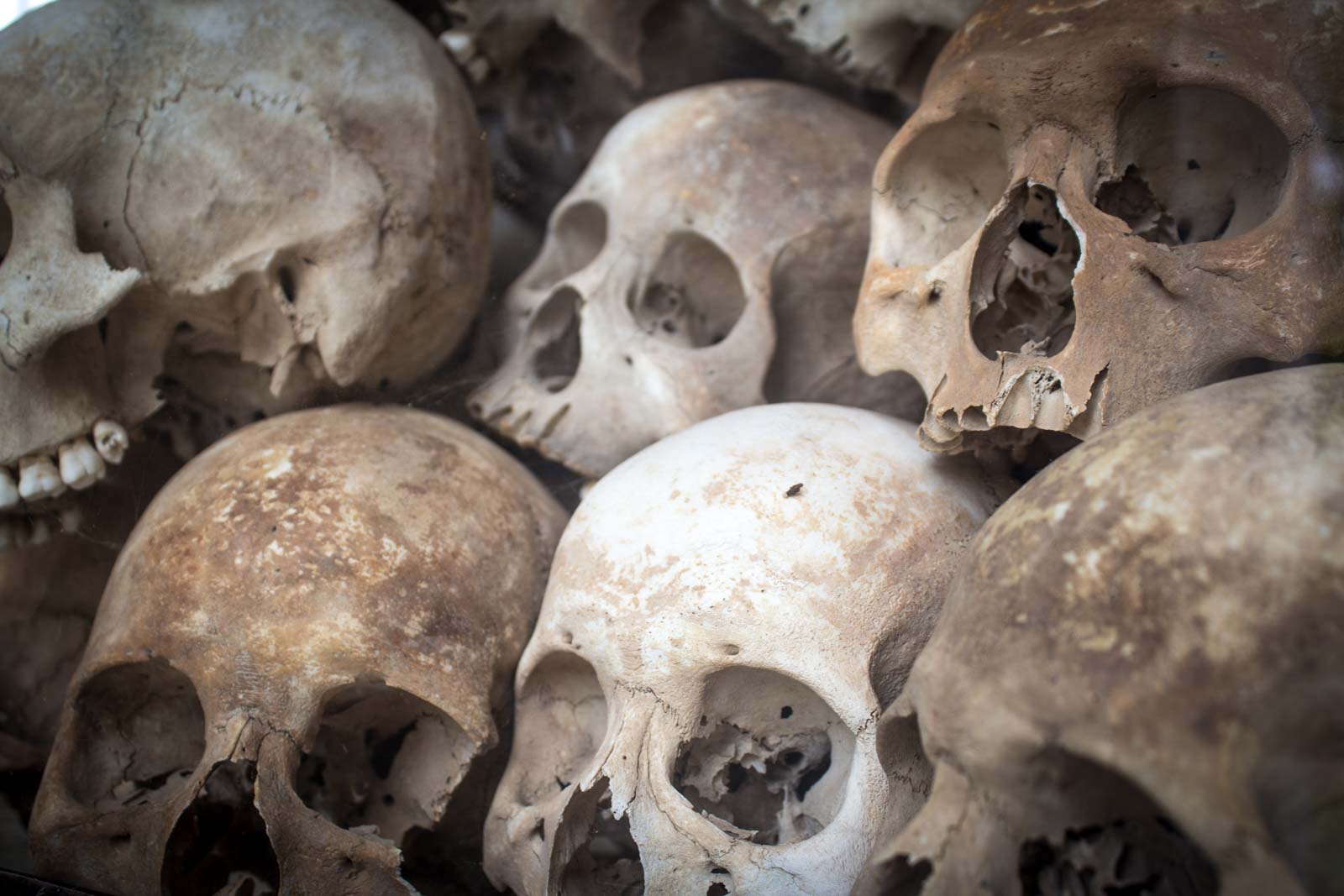 And, of course, there’s the new addition of the stupa housing the skulls and other bones of thousands of victims.

It’s a tribute to those who lost their lives but it’s a grim shrine to the horrors of what happened here.

The skulls look out through the glass doors and windows at the fields in front of them – the fields of death.

>> You can also read about the Tuol Sleng Genocide Museum

Where should you stay in Phnom Penh?

If you’re looking for a budget option, I would suggest the Share Hostel which is clean and quiet.
For something cheap but trendy, Patio Hotel and Urban Resort is a great place.
For good value luxury, you should try the Plantation Urban Resort with a pool in the middle of the city.
And if you want to splurge for somewhere special and unique, have a look at the Mane La Residence. 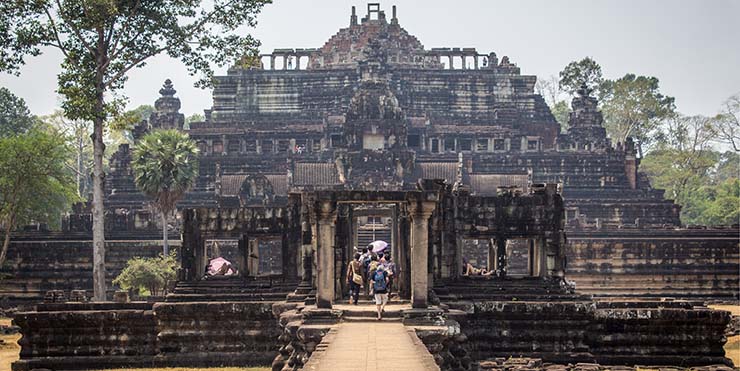