For four days the sea turtles had been evading us and this was our last chance. We feared if we didn’t catch one today then we would leave this little stretch of the Uruguayan coast with a sense of disappointment… perhaps even failure. It was time to battle the waves for one final time.

We squeezed into our wetsuits and unrolled our net with a determination not to let the ocean defeat us again.

I had come to the small beach village of La Coronilla to help a sea turtle conservation group called Karumbe.

During the turtle season of the warmer months it works to protect the animals from threats within the ocean and from humans. Our task this week was to capture turtles in the ocean that would be tagged and documented. Each morning we set out from our base on the beach and walked the thirty minutes to a rocky outcrop that was supposedly a popular feeding area for the turtle. These mornings were always filled with hope and, with the bags of gear on our back and sand between our toes, we talked about the success we were sure was waiting for us.

For the past four days, that success had been elusive and the walks back had been a bit quieter and the bags a bit heavier. On this fifth and final day, we unfurled the net on the beach as usual. It was about 30 metres long and, as with each previous attempt, the real struggle of the day was swimming through the waves, fighting the currents, and trying to anchor one end of the net on the rocks and the other on the beach.

The work was difficult and at times the strain was almost painful. We pulled the ropes at each end of the net as the waves crashed over it and tried to wrench it from our grasp.

Eventually, though, we got it into place and ready for the marine turtles to swim in and get tangled. 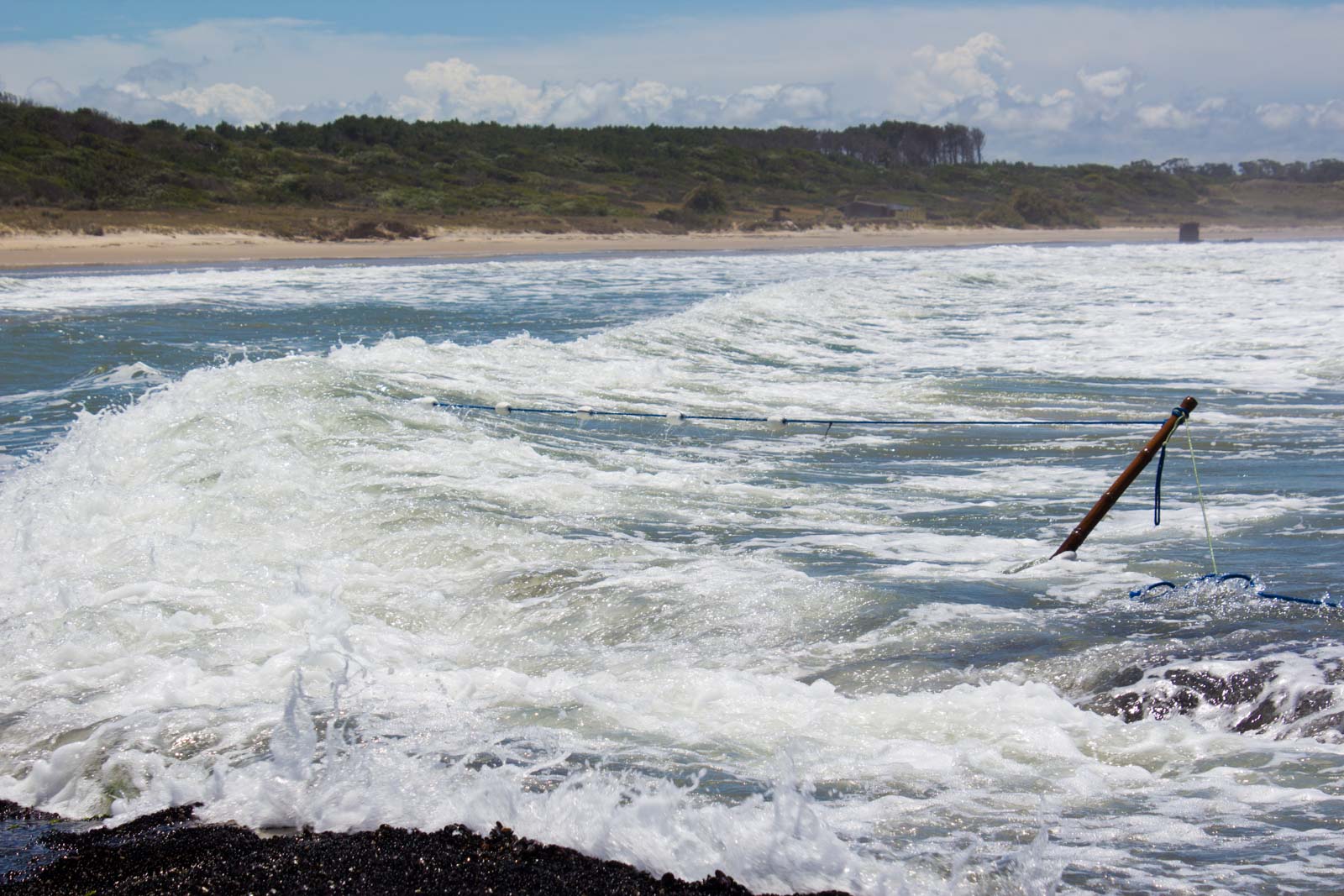 We made a section of the rocky outcrop our base for the day and set up to wait.

There were seven of us – the same team we’d had all week. Four Argentines, a Pole, an Australian (me) and our Brazilian coordinator.

We stayed in our wetsuits, ready to pounce at short notice, as we chatted in a mixture of languages, played games and ate the pasta we’d prepared earlier that morning. As we sat there, we saw a marine turtle on the water, swimming in the area we had surrounded with our net. Every few minutes it would raise its head from the water to take a breath and we saw that it was getting closer to our trap.

Our hearts would rise.

Then, as it continued to surface for breaths, we saw it was getting further away again. Our hopes fell a little… but we stayed alert, watching and waiting. After a few hours we decided to take matters into our own hands and pull the net into the beach, trying to catch the turtle on the way in.

Again, we struggled with the waves as we unfastened the ropes on both ends. Then, slowly, we trawled through the water and towards the beach. As we got closer to the sand we were sure luck was going to be on our side.

How could this plan fail?

We got closer, water up to our waist, then our knees, then we emerged from the ocean and pulled the rest of the net onto the land.

Nothing. The net was empty. The only things entangled were a few strands of seaweed mocking us.

Somehow the turtle had escaped and, on our final attempt, the sea had again got the better of us. None of us spoke for a while.

Then we spontaneously broke out into applause, high-fived, and slapped each other on the back. We had done our best, it just wasn’t meant to be. You can’t argue with the will of nature. 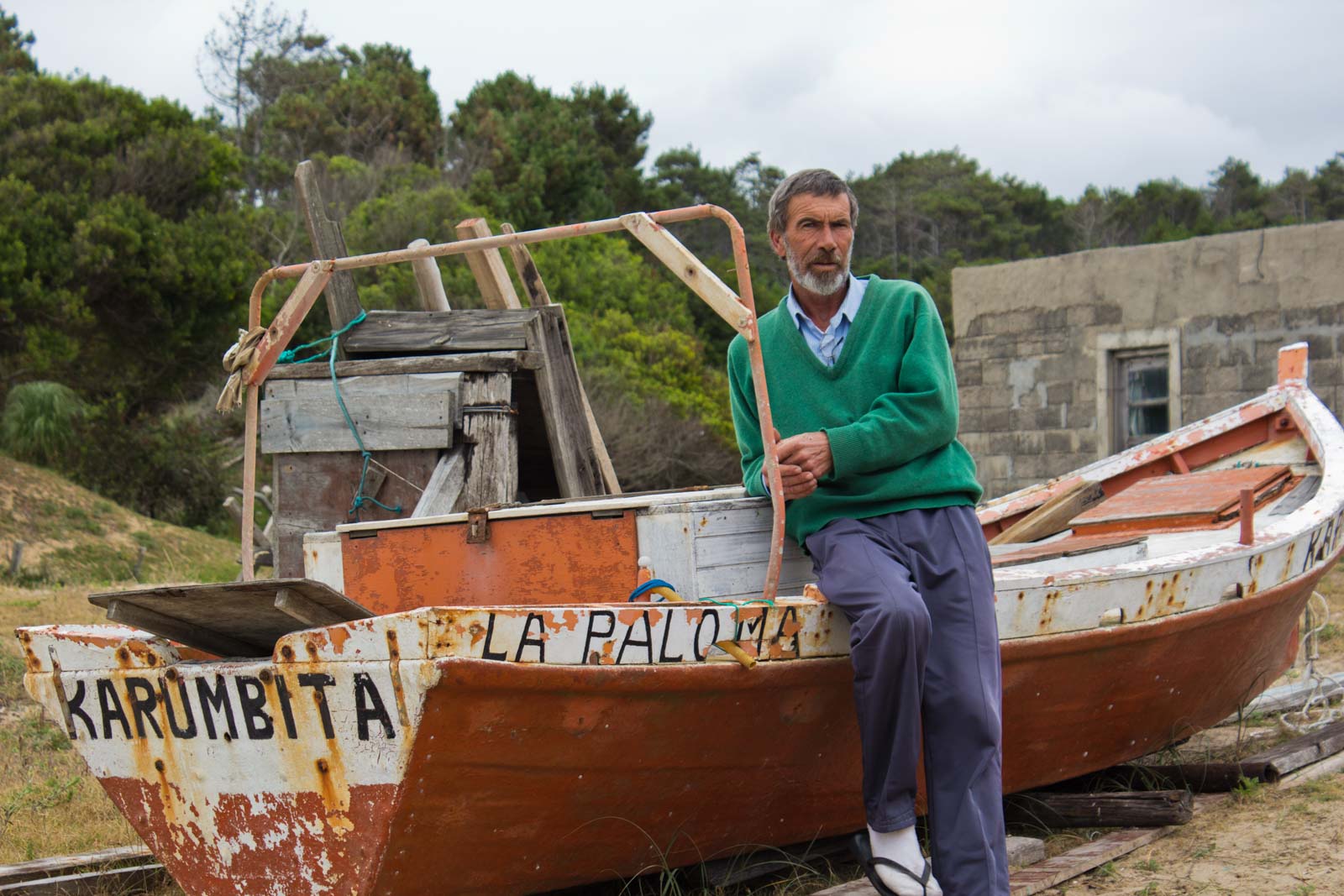 As the week came to a close, it was strange because we weren’t disappointed. We had all volunteered our time to help Karumbe and its conservation effort. The aim was not to catch sea turtles for our own amusement but to pitch in with their work and that’s exactly what we’d done.

It was early in the season and there weren’t many turtles in the waters close to shore. The seas had been rough and that had made things more difficult. We had helped where help was needed and there was a satisfaction in being a part of that.