How expensive is Japan?

“Oh, Japan will be great,” a friend said to me. “But it will be expensive!”

I had sort of expected the second part of the sentence as soon as I heard the slight pause in his voice and then the rising inflexion.

When it comes to Japan, the two statements seem to go together like fish and rice. Nobody ever has a bad word to say about the place except for the cost.

Now, I should point out that this conversation was happening in Southeast Asia – one of the few places in the world where a small amount of cash can still buy you luxury and safety.

In comparison, almost any first world country would look expensive. So there’s a degree of relativity – but it was still something that was worrying me.

I was about to spend a month in Japan and but didn’t want to spend too much else. 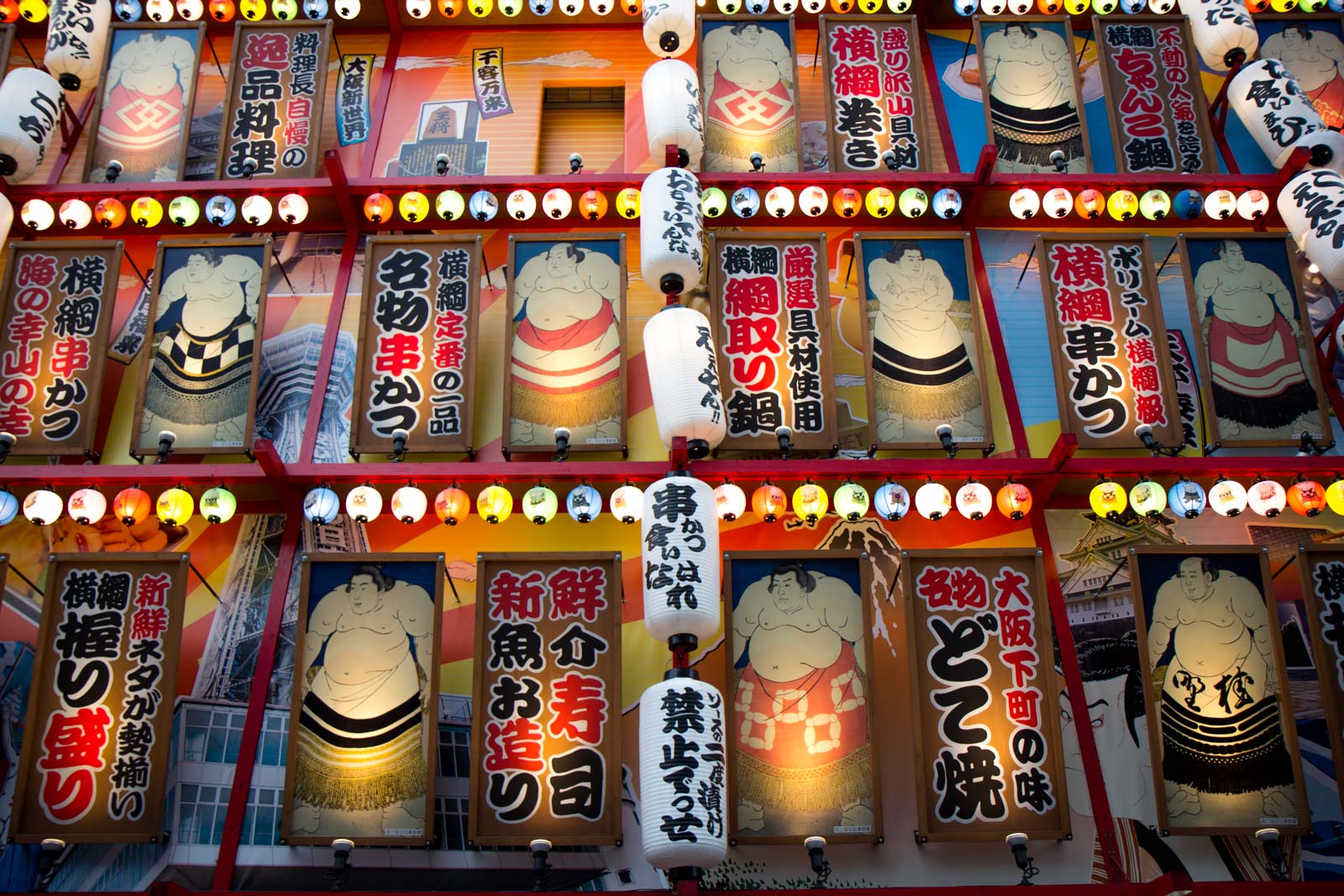 Well, as it turns out, I was pleasantly surprised at how expensive Japan is… or not. Relatively speaking again.

The fear of a holiday to Japan that needs a mortgage on approach and leaves a credit debt in its wake is not founded. I soon realised that most of the people warning me about the cost of the country had not been here for years – or at all. 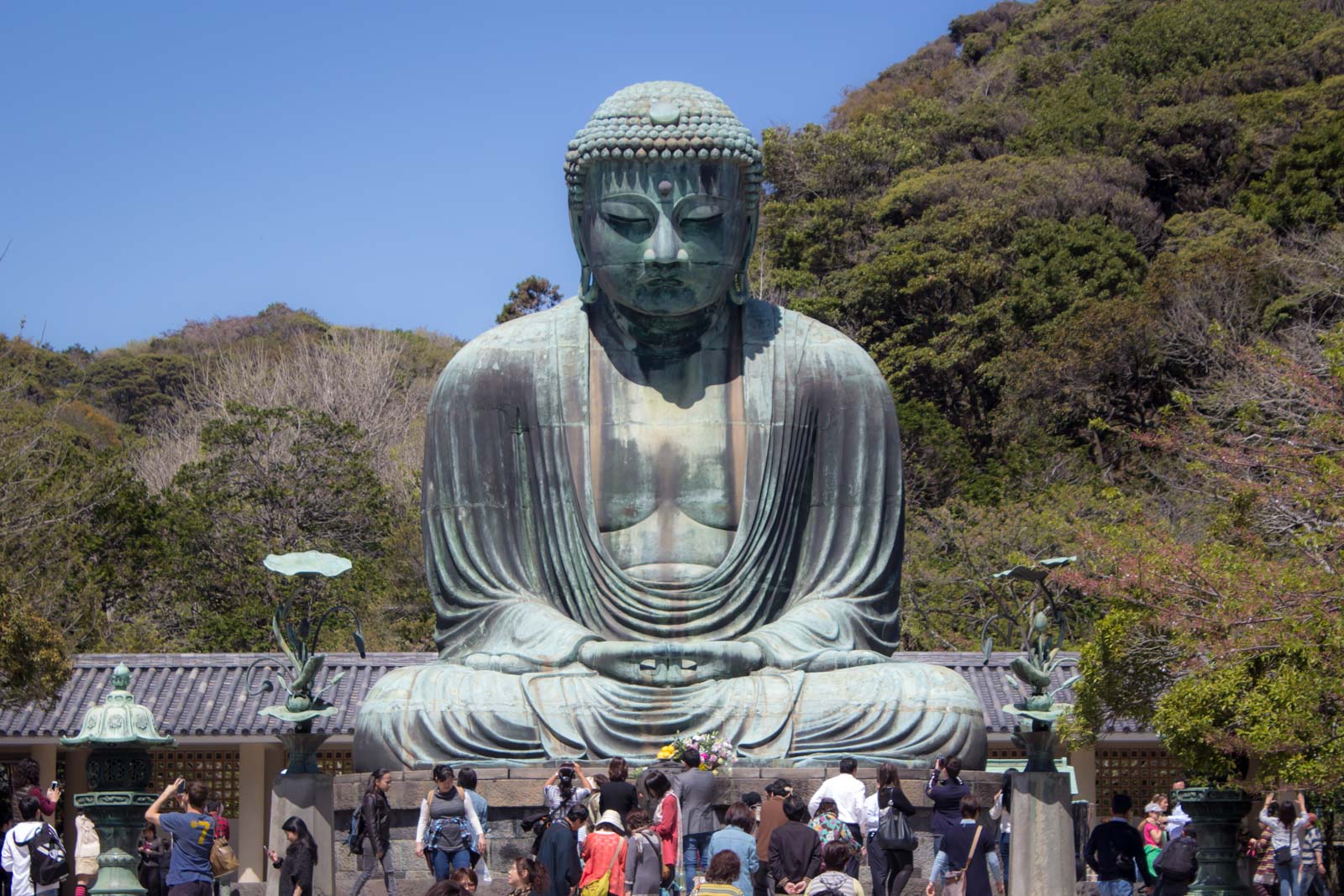 The rumours are perpetuated partly by those international surveys that come out and try to compare countries or cities based on the same criteria.

The biggest of them all, The 2013 Worldwide Cost of Living Survey, puts Tokyo as the most expensive city in the world and Osaka as the second most expensive.

But the problem is this survey takes into account things like household supplies, utilities, domestic help and clothing. It also calculates the results in the context of how much it would cost an expat to live in the style they are accustomed to at home.

The findings get quoted in a lot of major publications – but it’s not really relevant for the average traveller (or the average local citizen, for that matter).

So, let’s move on to the actual costs of travelling in Japan and I’m going to very quickly prove to you that it’s actually much cheaper than visiting other big cities in the world like London, New York or Sydney. 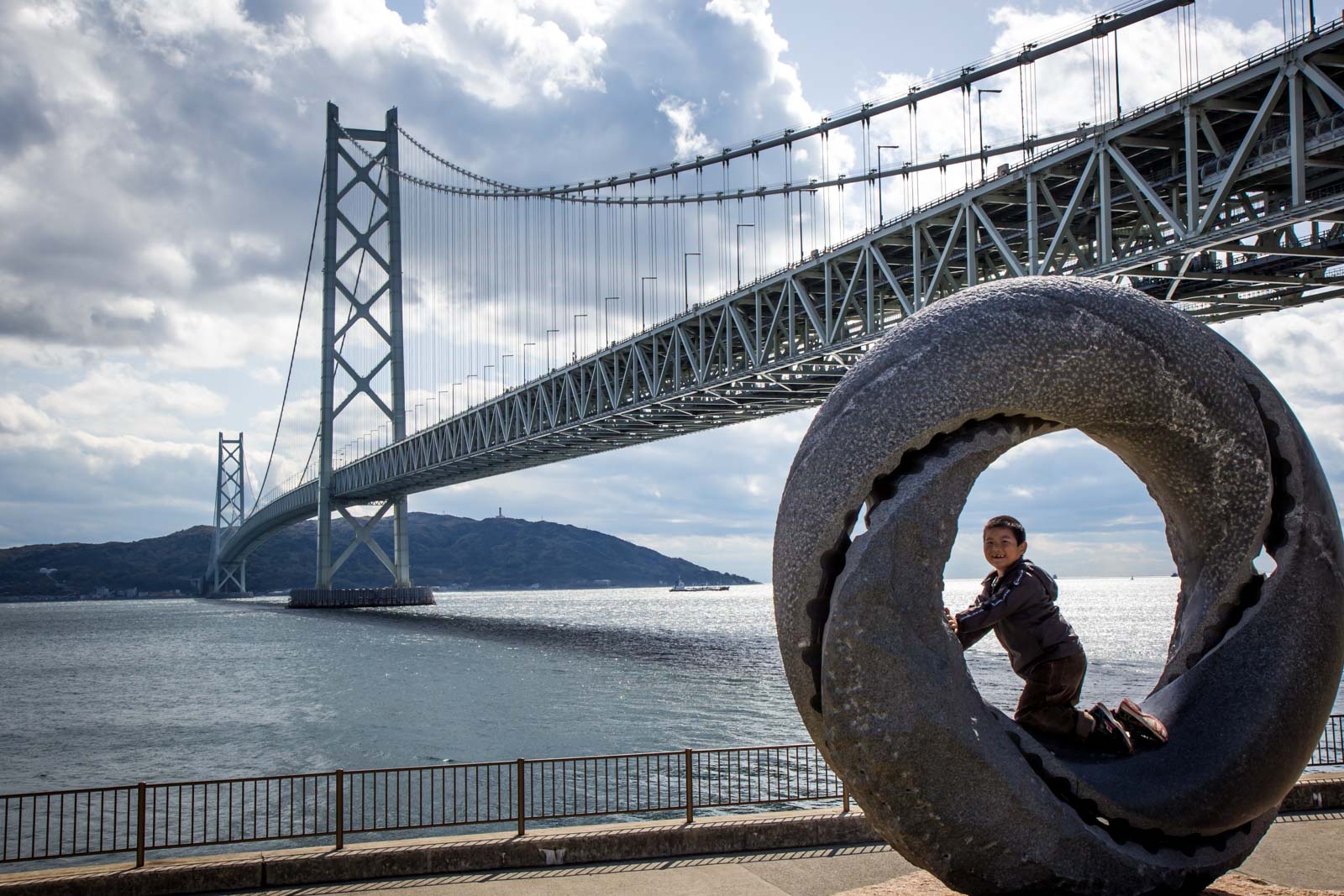 Accommodation can be one of the biggest factors in the cost of a trip and it’s true that Japan is going to be more expensive than most places in Asia. But it’s not as bad as you might think.

For those people on a backpacking style budget, you’ll find plenty of hostels in the main tourist areas for about US$20 a night for a bed in a dorm room. That’s the same as you would pay in a lot of European cities.

There are also the ‘capsule hotels’ which are similar to dorms except the beds are in enclosed boxes, rather than an open room. They are a uniquely Japanese experience and cost about US$30 a night in the major cities. 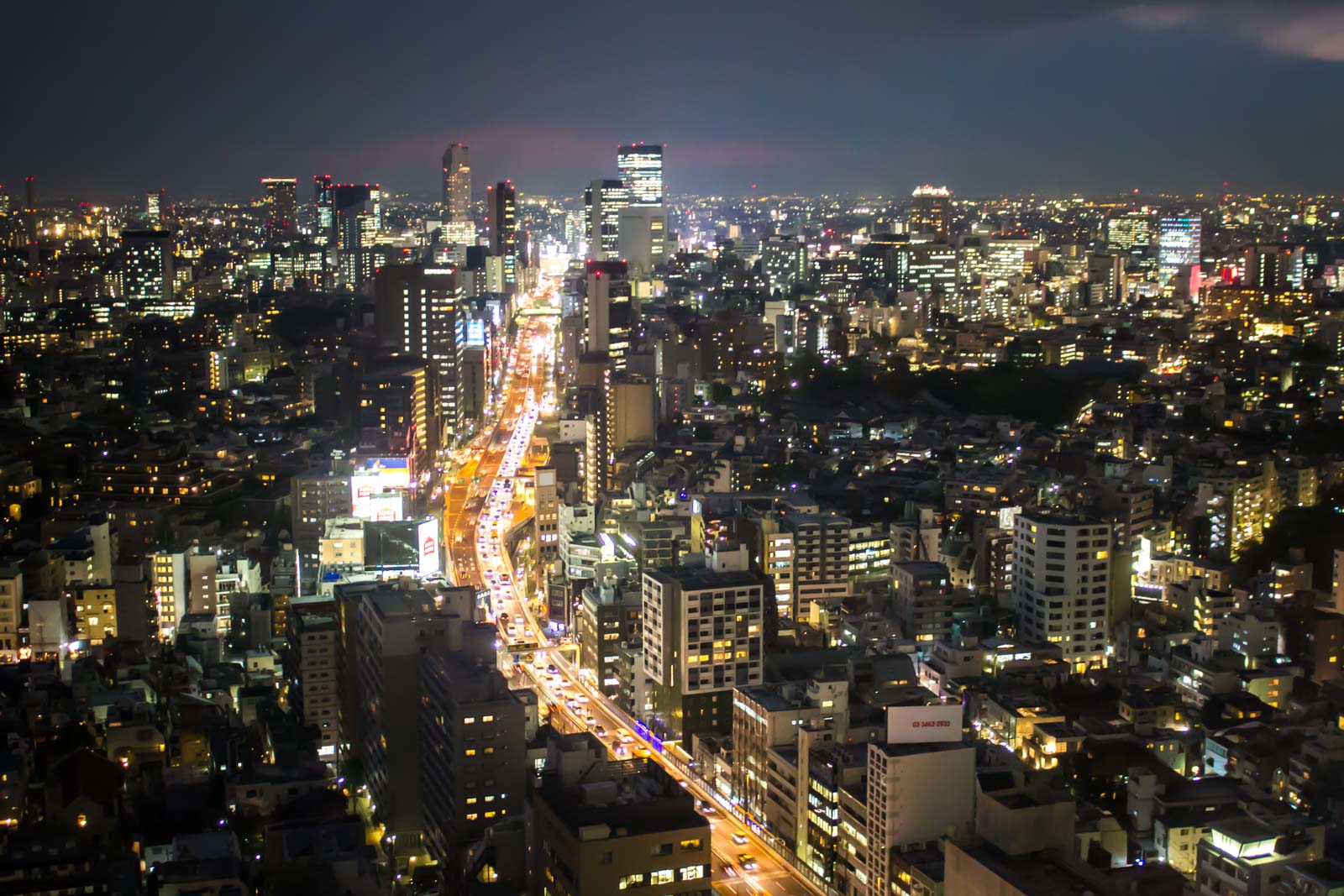 If you appreciate your privacy and prefer to stay somewhere a bit nicer, there are still lots of cheap options.

Japanese culture is such that it’s very common for local people to use hotels overnight, rather than go home, if they’ve worked late. It means these ‘business hotels’ in all large and medium-sized towns usually have last-minute availability and reasonable rates.

The rooms are not large but they’re very comfortable, clean and full of amenities. The prices can vary a bit but you would expect to pay between US$40 and $US70 dollars a night.

You can just walk into these hotels without a reservation or find them on the usual search sites online (although if you go to their homepage you might find some extra special deal). 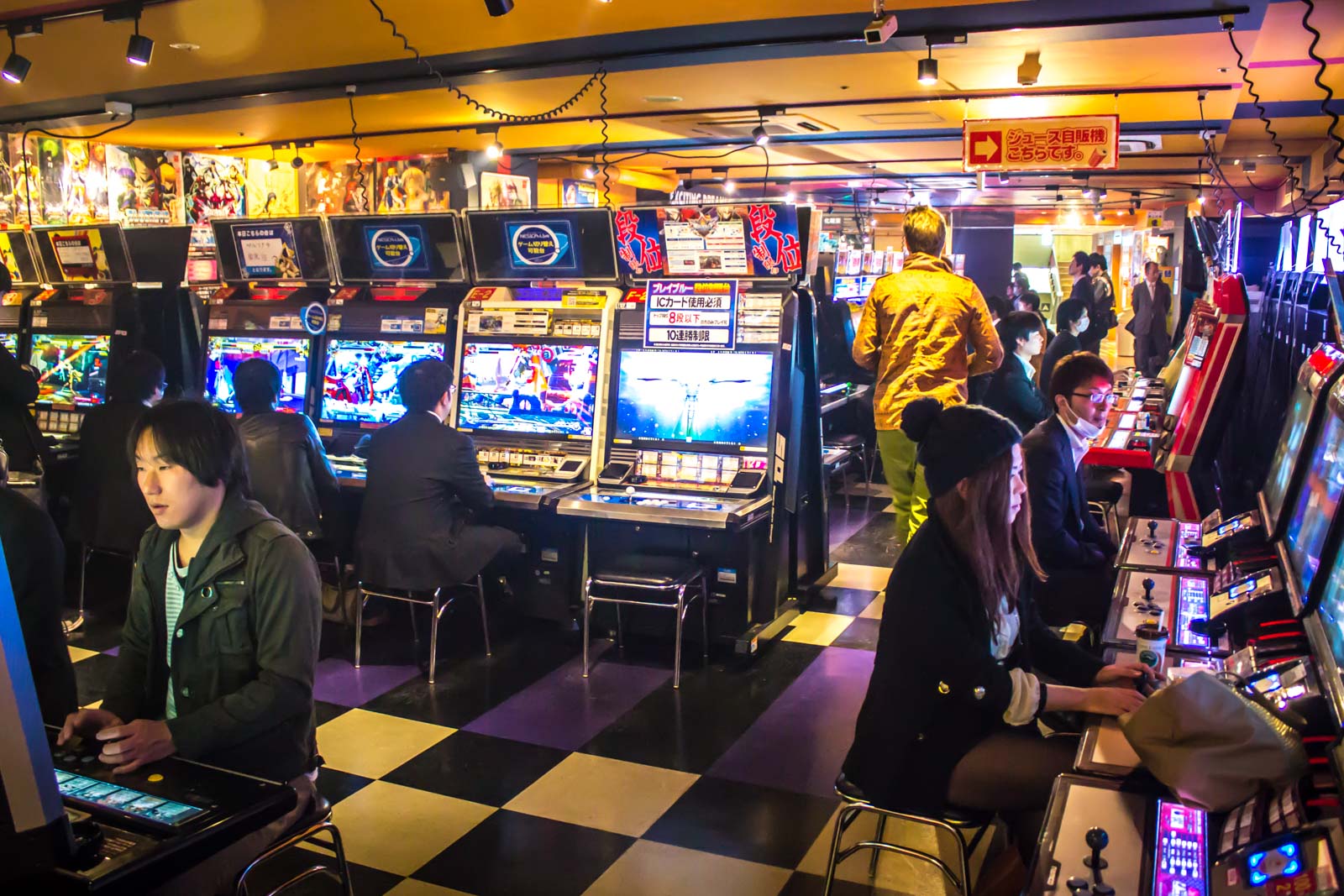 If you need something even nicer, expect to pay between US$100 and US$200 a night for a room. That’s above my budget and definitely not the amount you need to be paying – but it’s very reasonable for the quality you’re getting and probably cheaper than many other world cities. 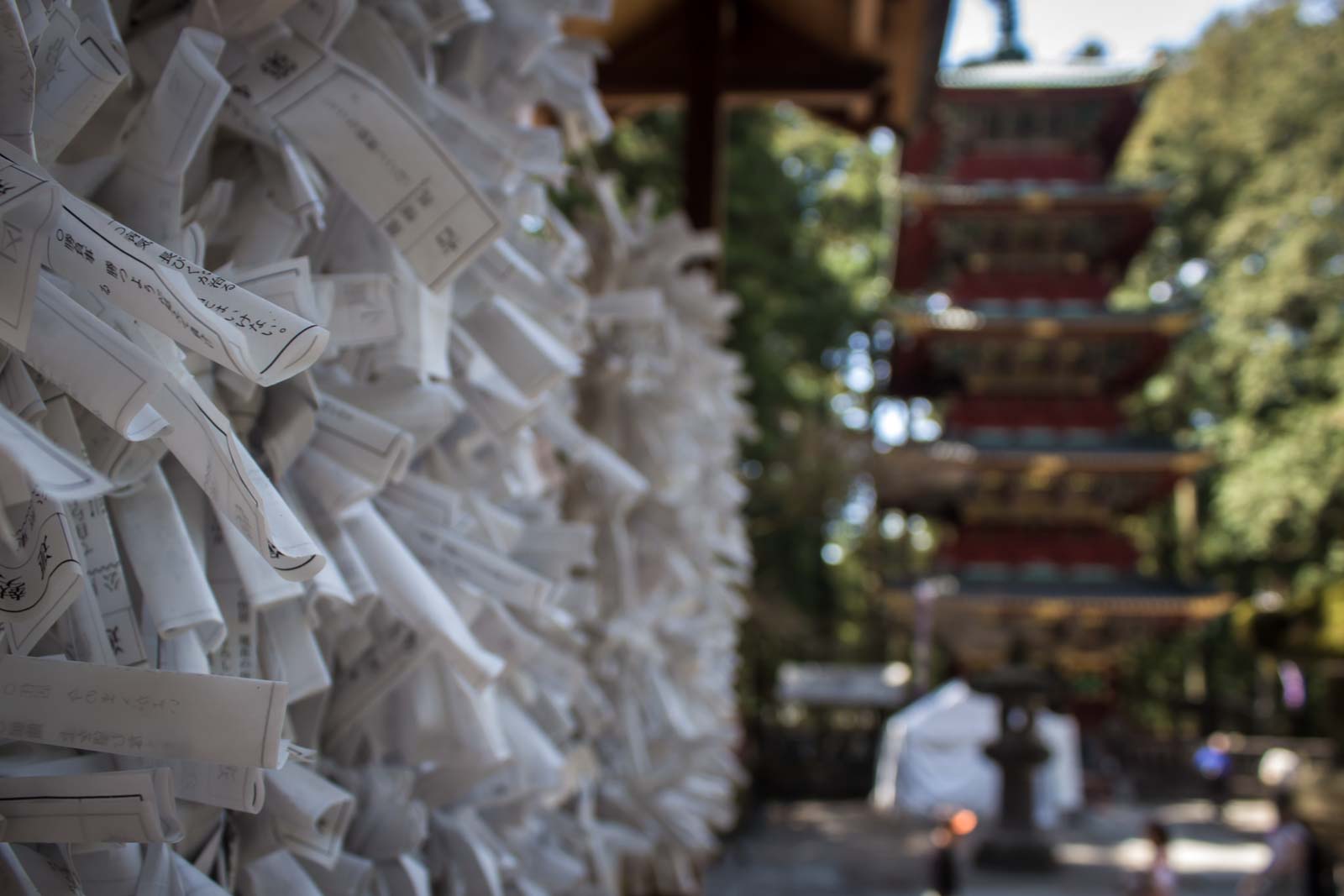 Here is the best news – the food is not only delicious but very affordable. In fact, I laugh when I compare it to the price of an average meal in Sydney. You never need go hungry in Japan.

If you prefer to eat in, you’ll find many quick restaurants where you can get a bowl of rice with some fried meat and vegetables for about US$5. There is such a variety at these shops that you’ll be able to go to them day after day and not get sick of the meals. 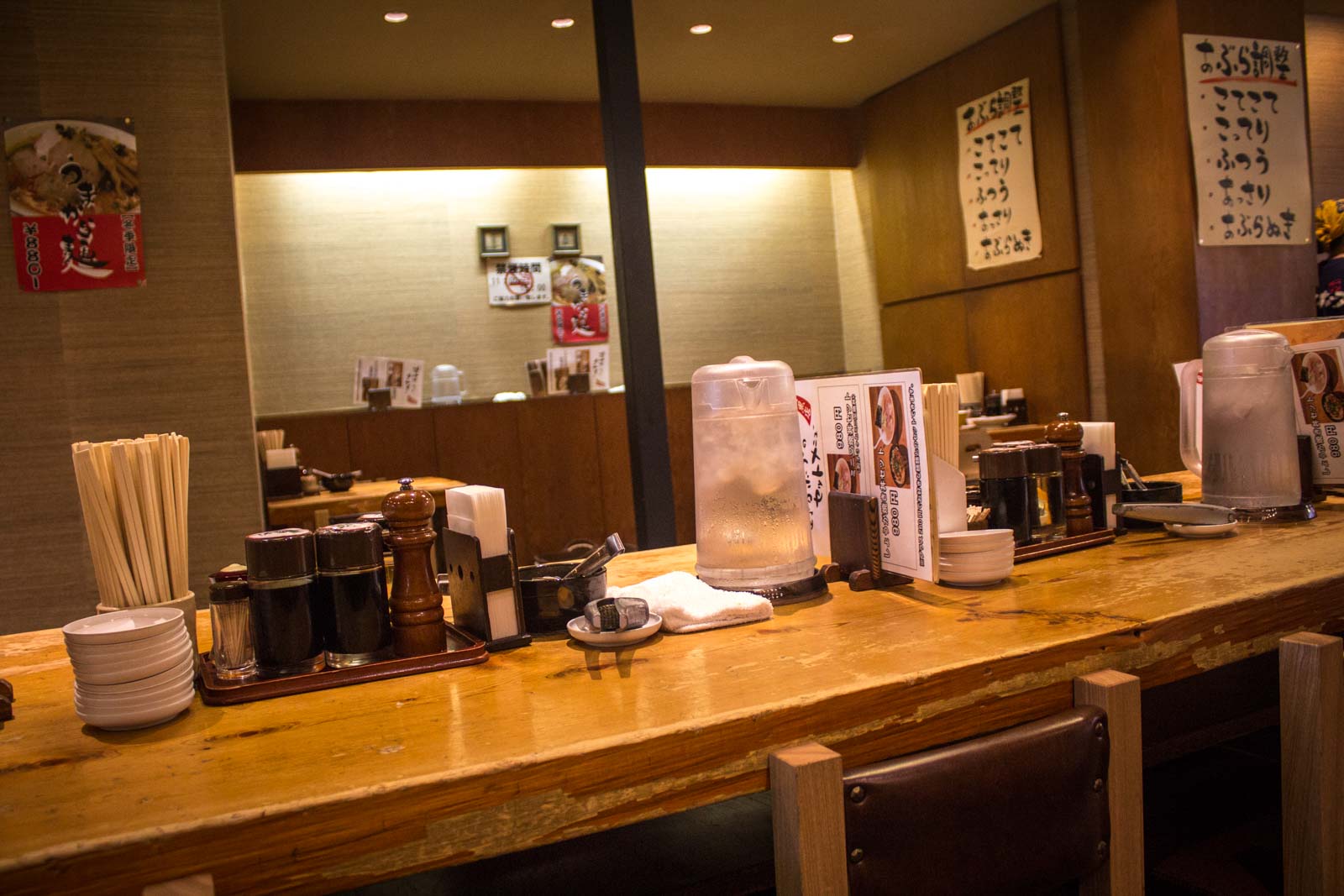 With dinner options, there are definitely expensive restaurants available, but you don’t need to go near them if you don’t want to.

Noodle bars selling huge hot bowls of ramen or soba are great options where a meal should cost about US$7 or US$8 dollars.

If you want to step things up slightly, a restaurant where you can share things like sushi, sashimi and tempura with your friends should set you back about US$15 dollars each.

And the ultimate value for money, the all you can eat shabu shabu, starts at about US$20 each (but be careful because there are lots of very expensive ones too!). 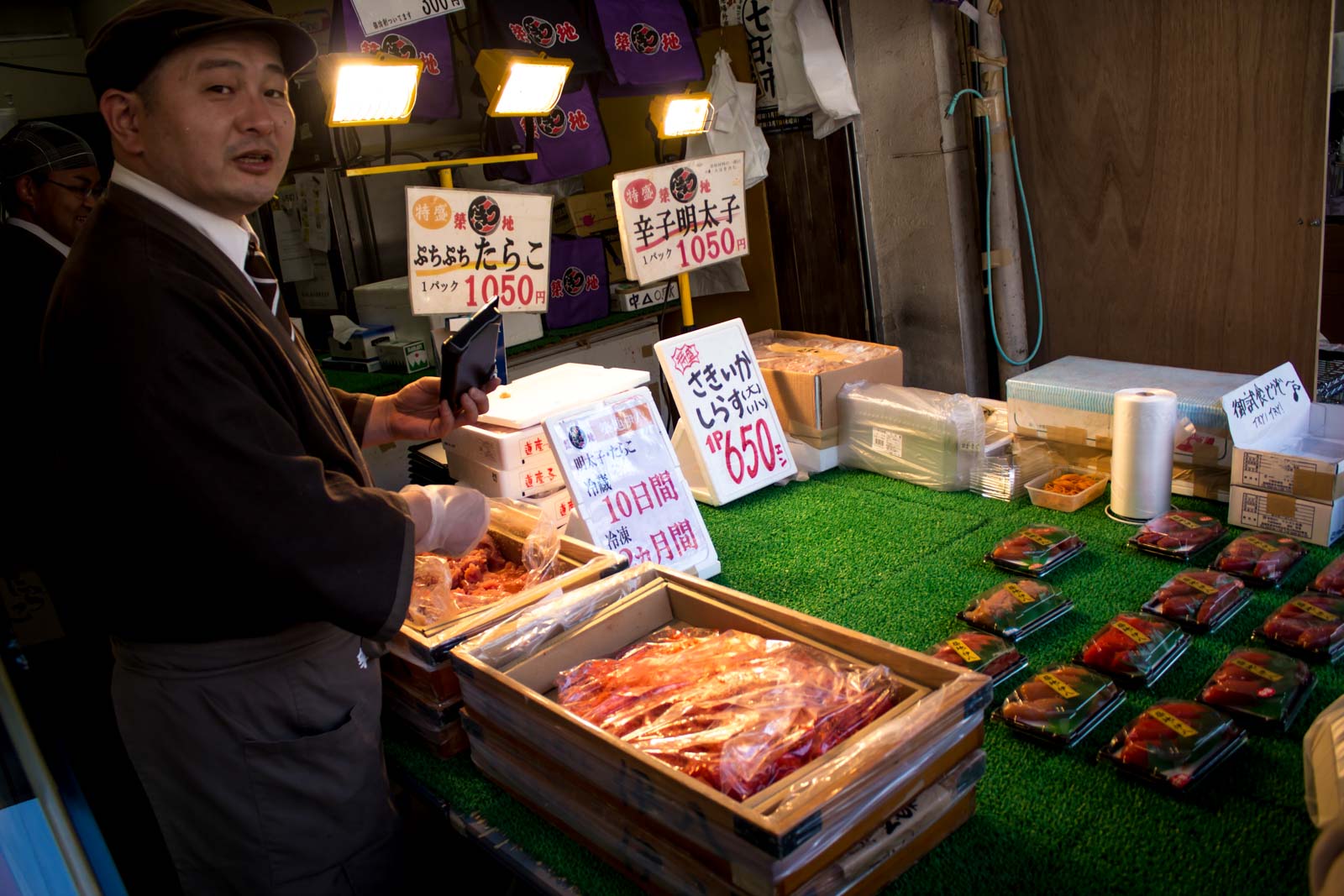 This is probably the one area where things are a little expensive – because it’s something you’ll have to do if you want to see more than one city and there isn’t the competition, like with hotels and restaurants.

Still, the good news is that there are some cheap options so transport doesn’t have to break the bank.

The obvious way to save some money is to get a JR pass in advance, which gives you unlimited trips on the JR rail network.

The pass will cost you about US$600 for two weeks which sounds like a lot of money but it breaks down to about $40 a day.

Considering the train between Tokyo and Osaka costs about US$140 each way, it becomes quite good value. Osaka to Hiroshima is another US$100 each way so if you go from Tokyo to Osaka to Hiroshima and then back to Tokyo, you’ve almost already made the pass worthwhile with those trips alone.

Throw in a few side trips or some short train journeys within those cities to explore, and you’re making a saving – and there are still plenty of days you can continue to use it.

You’ll need to organise a JR pass in advance and I would recommend booking it here. 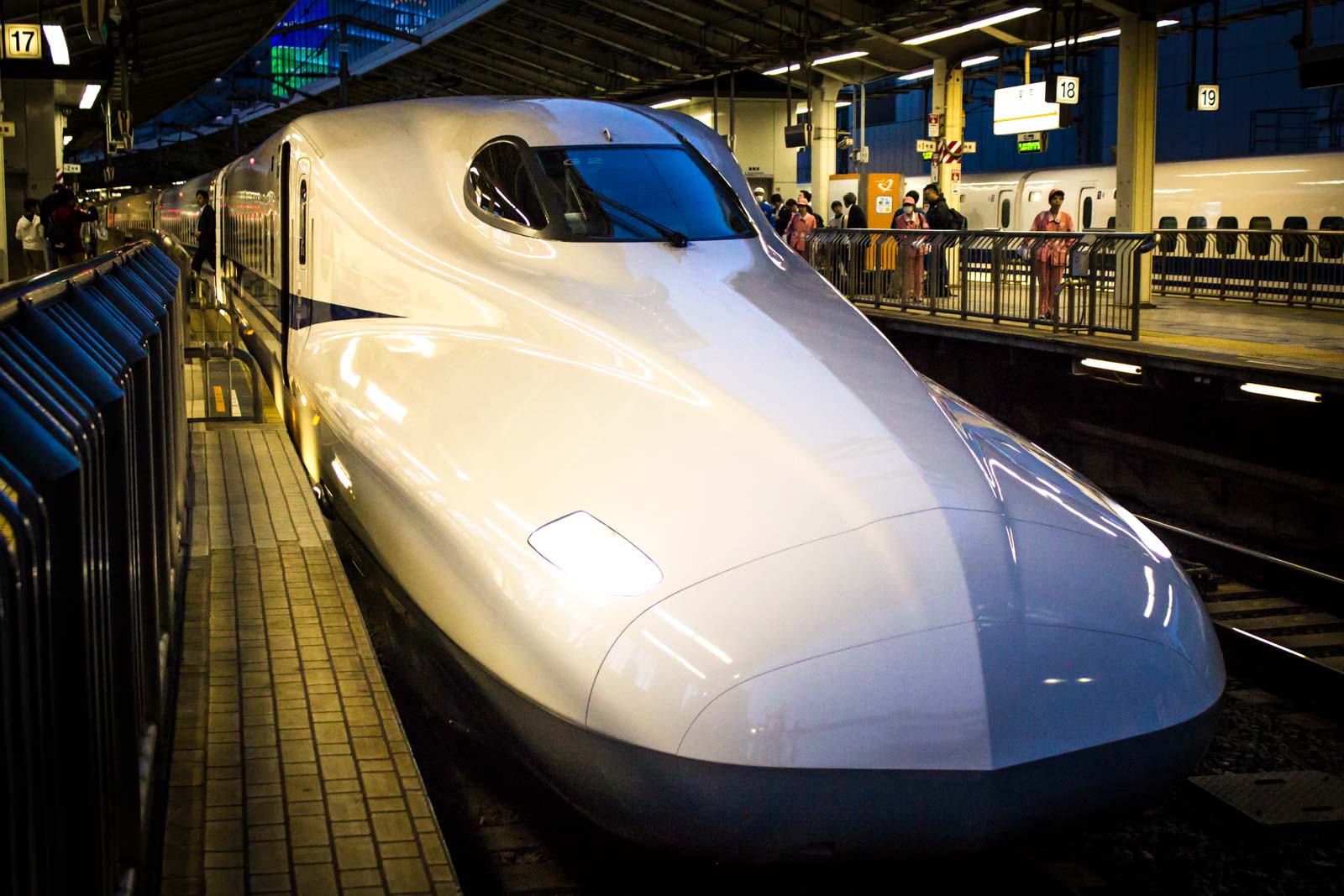 If you’re only in Japan for a short time and don’t want to see lots of the country, I would recommend just paying for individual trips, though.

The local trains can be very reasonable and cost on average about US$5 for each hour of travel. So if you’re planning to base yourself in one city and just explore the surrounding area, transport doesn’t have to cost you much. A couple of subway rides in Tokyo, for instance, will just cost US$2 or $3 each. 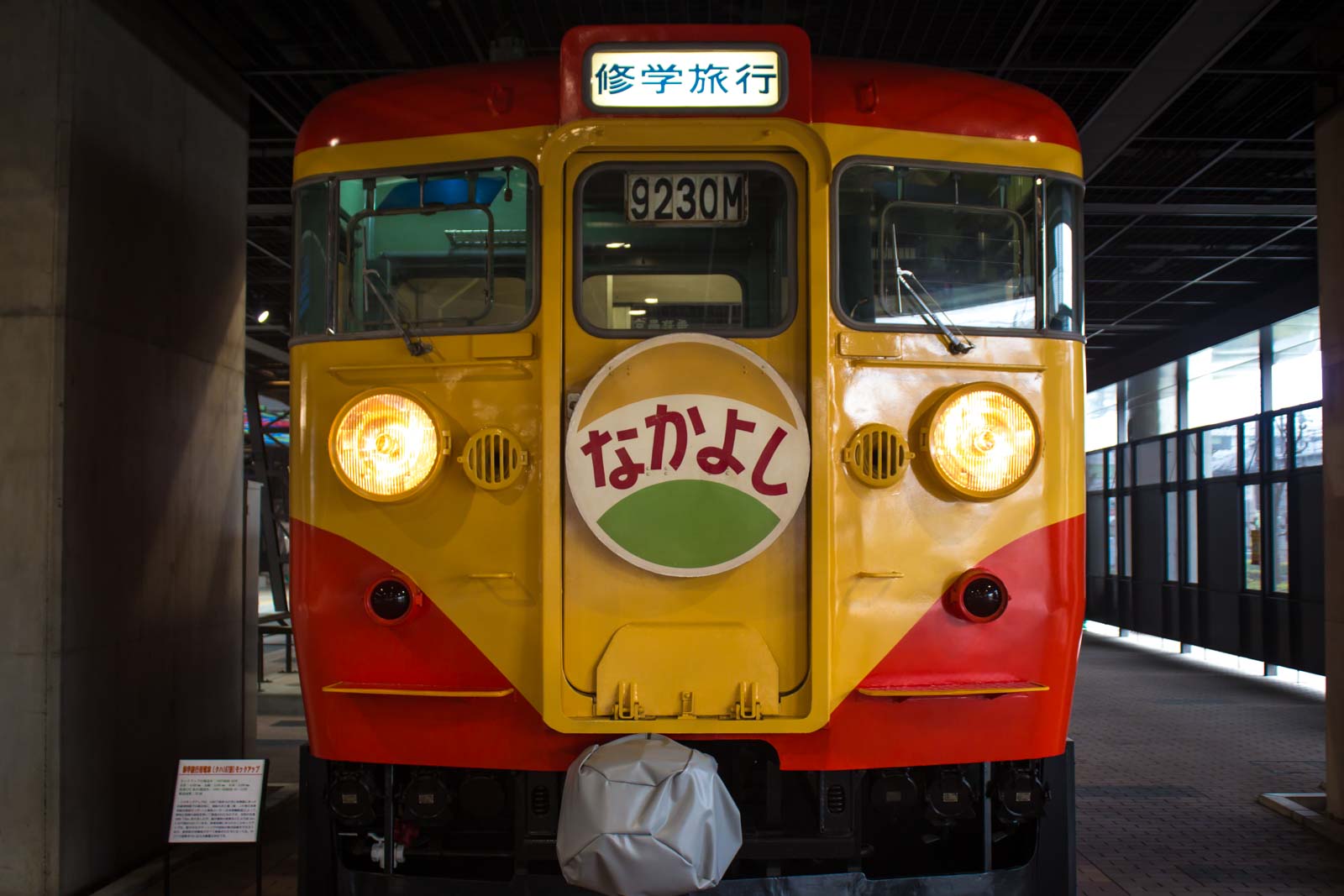 Around Osaka, you can get the Kansai Thru Pass for about US$50 for three days. This is a great deal if, for example, you want to go to Kyoto one day, Nara the next, and Himeji the next.

The pass is valid for buses and trains within the cities so you can easily get around and pack those three days with lots and lots of sights.

Also, make sure you look at whether particular towns or sights you want to visit have special transport/admission deals.

Going to Nikko from Tokyo, for instance, you can get one pass for the train, the buses and entrance fees. 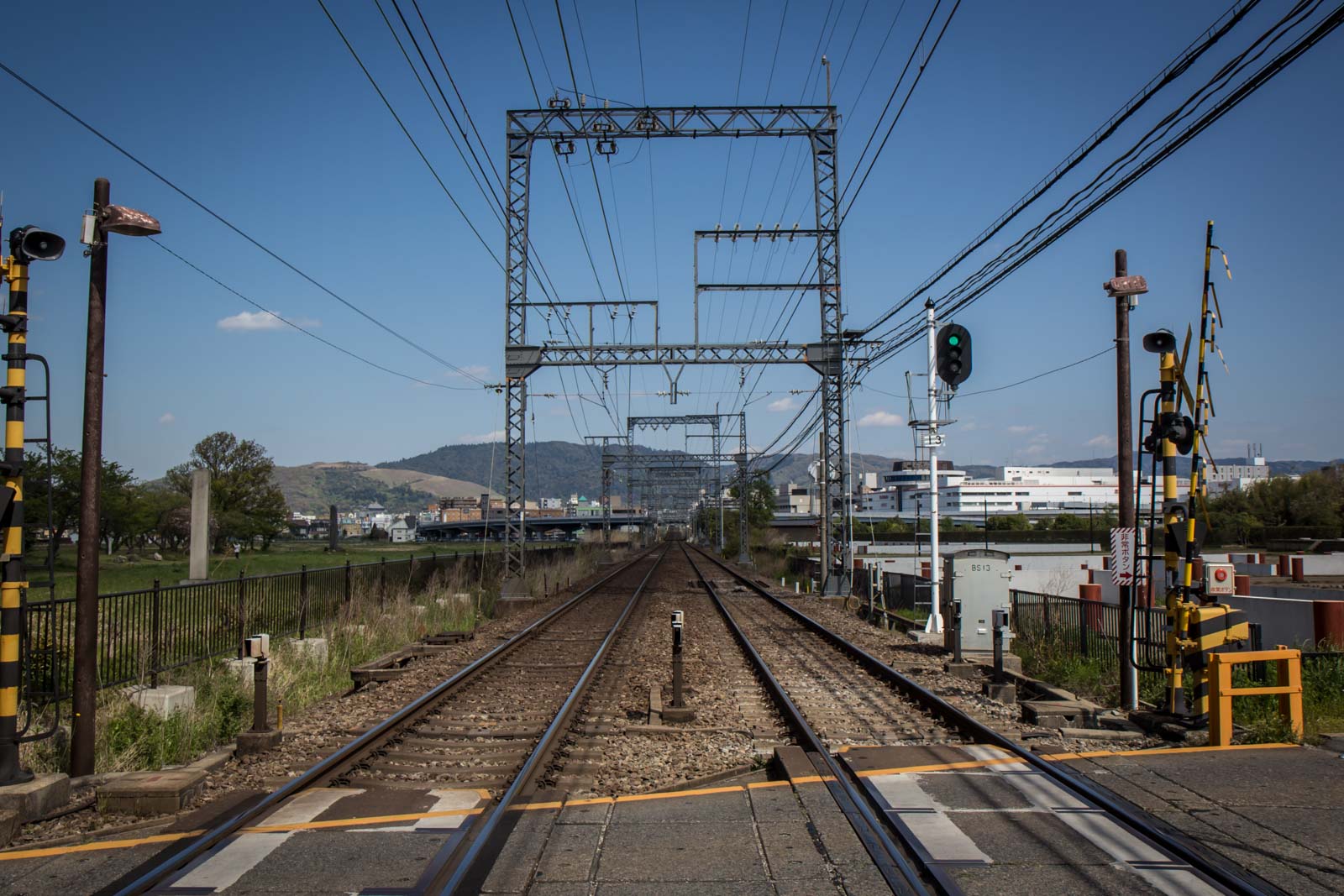 All in all, I’ve had a very reasonable month in Japan as far as the costs have gone.

Any kind of travel or holiday is going to mean you spend money and it’s just one of those things you have to accept if you want to explore the world. But Japan shouldn’t be somewhere that you avoid or put off because you’re worried about the finances.

You’ll spend more on a trip to Australia, the UK, Scandinavia, or New York.

With such a special and unique culture, Japan is somewhere you should experience. It’s just lucky that you can actually do it quite affordably if you want to.