The House of Terror in Budapest

A building can be so much more than just bricks and mortar.

In Budapest, 60 Andrassy Boulevard is just known as the House of Terror. For more than a decade it represented the cruel heart of those who would stop at nothing to rule this land.

In 1944, in the dying days of the Second World War, the Hungarian Nazi Party took control of Budapest and made this building its headquarters.

Known as the ‘Arrow Cross’, the local Nazi branch did not last long. In fact, it was only in power for a matter of months, but that was long enough to spread its evil. 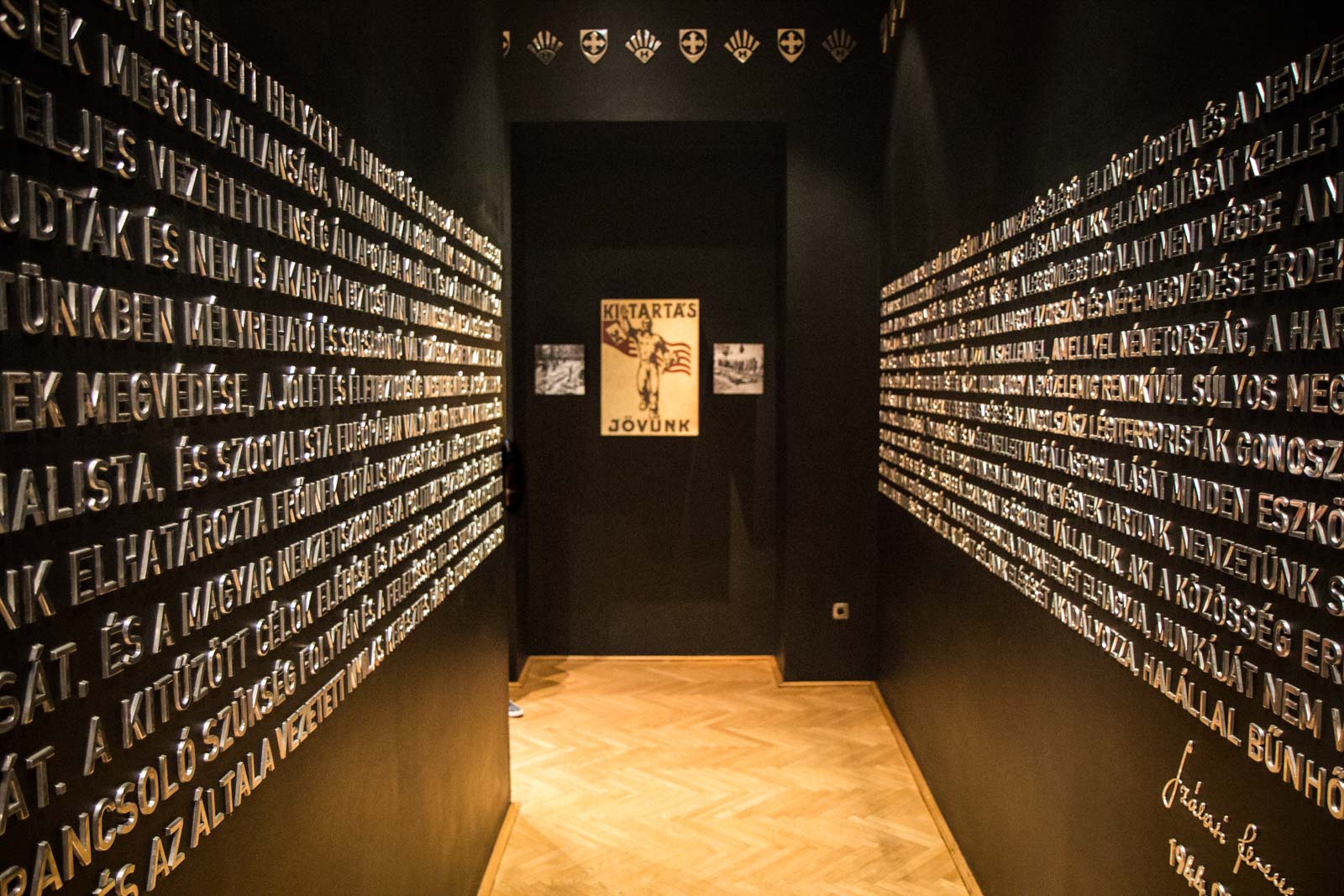 In the time they operated from this building, the Nazis tortured and killed hundreds of people in the cellar beneath the street.

From the plush offices on the first and second floors, orders were given to shoot Jews and throw their bodies into the river.

Teenage boys were recruited from here for an army that never had any hope of winning and many were sent to their deaths. 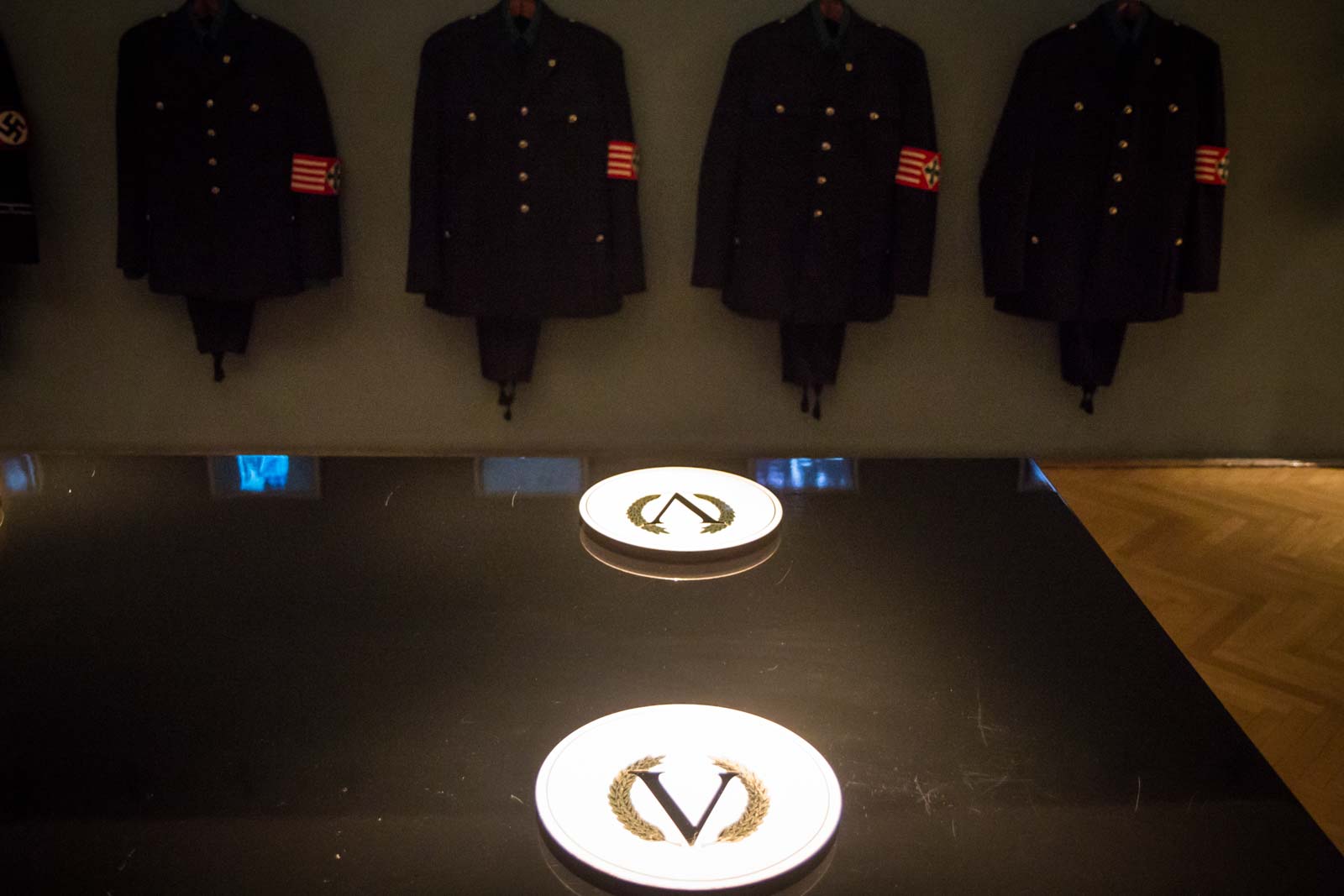 That was just the beginning for the House of Terror in Budapest, though, and the horror that was to come next would drown out the screams from the cellar.

These four walls would be painted in the blood of the Hungarian people (figuratively). 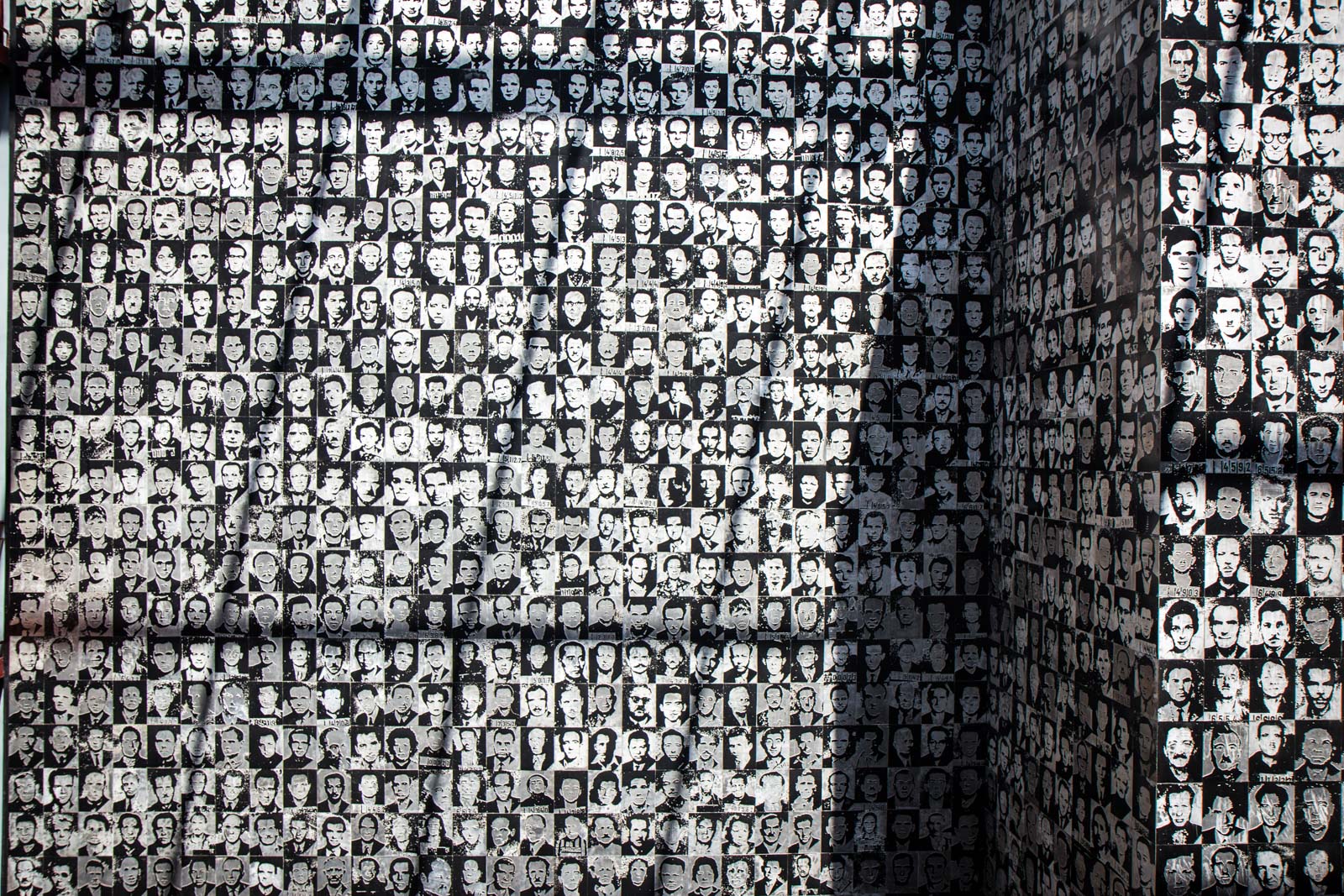 The history of Budapest’s House of Terror

Just a few months after the Arrow Cross took power, Budapest was occupied by the Soviet Union. Although enemies of each other, they both shared a malevolent obsession with the control of the populace.

The Nazis may have been expelled but that was no relief for the people. 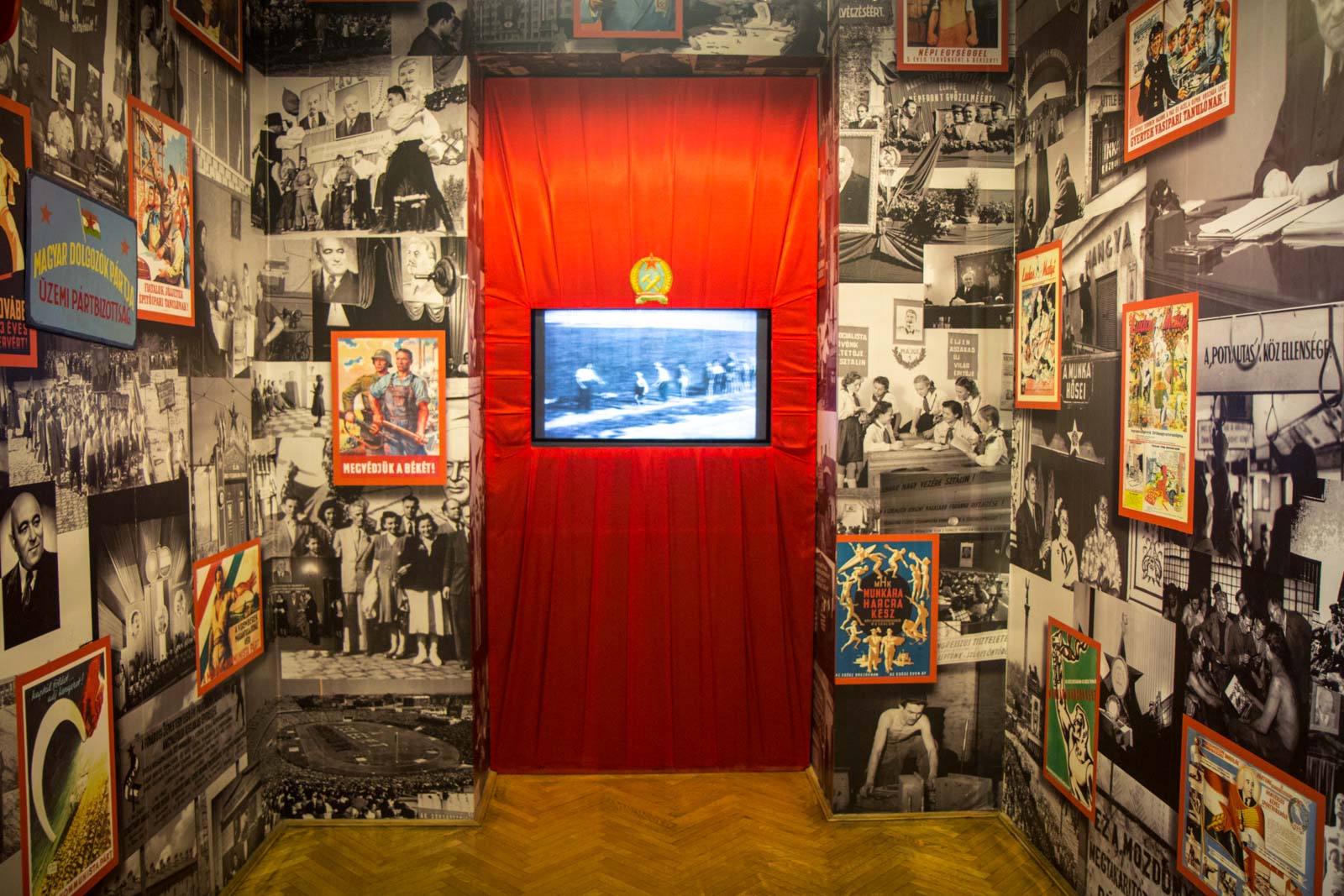 60 Andrassy Boulevard became the headquarters for the State Security Authority, run by Soviet puppets. From here they ruled with an iron fist to supress rebellion and enforce submission.

The security authority was known as the AVH and it was feared across Budapest.

It recruited informers to spy on friends, family and colleagues. Nobody could feel safe with the watchful and vengeful tentacles of the AVH spreading out from this building. 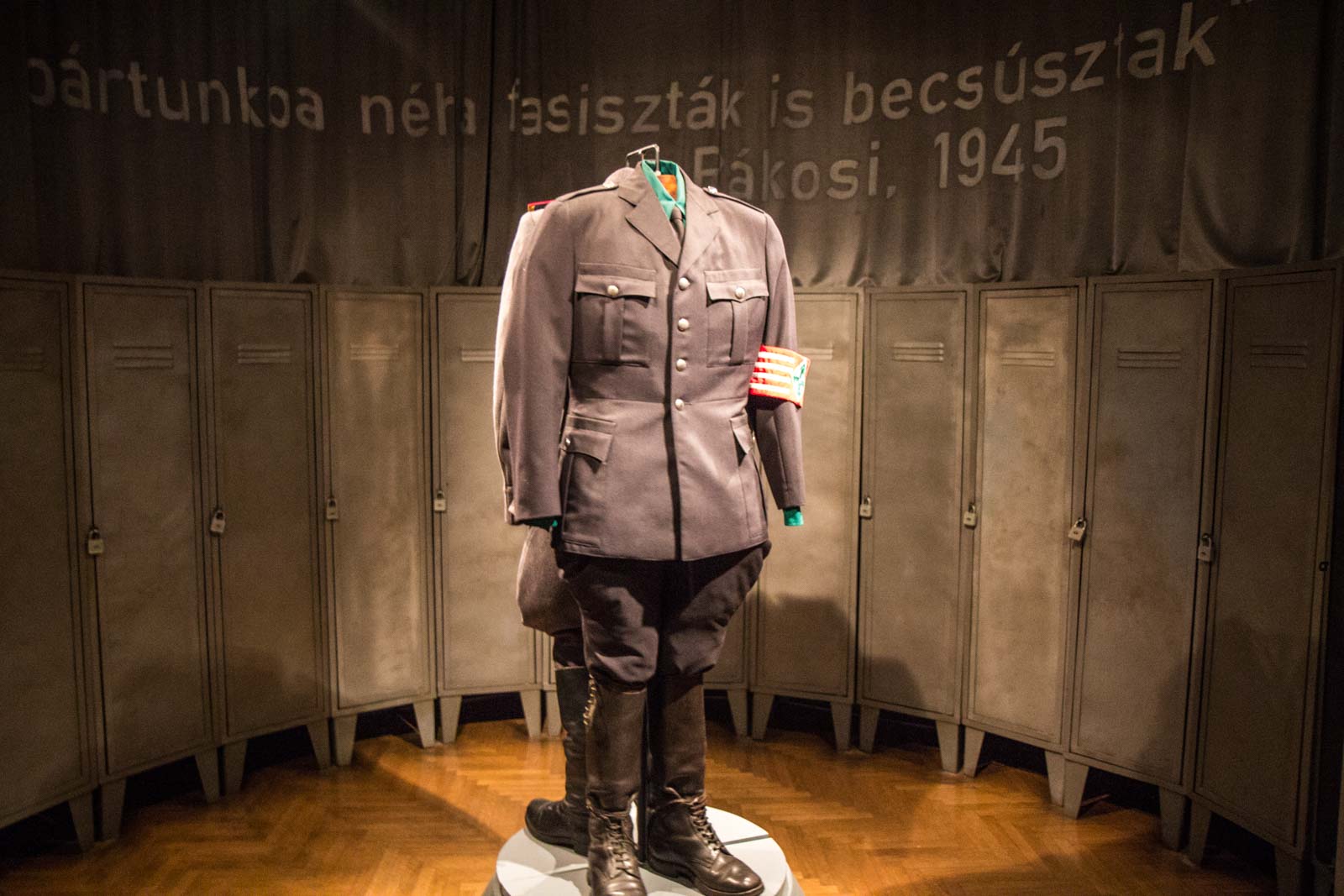 The security officers killed without hesitation. They forced confessions or executed without trial. Thousands were killed – many of them right here. You see, under the AVH, the cellar had been extended.

The authority took over almost the entire block and joined together the basements of all the buildings it controlled. Beneath the ground was an elaborate maze of prison, torture and execution. 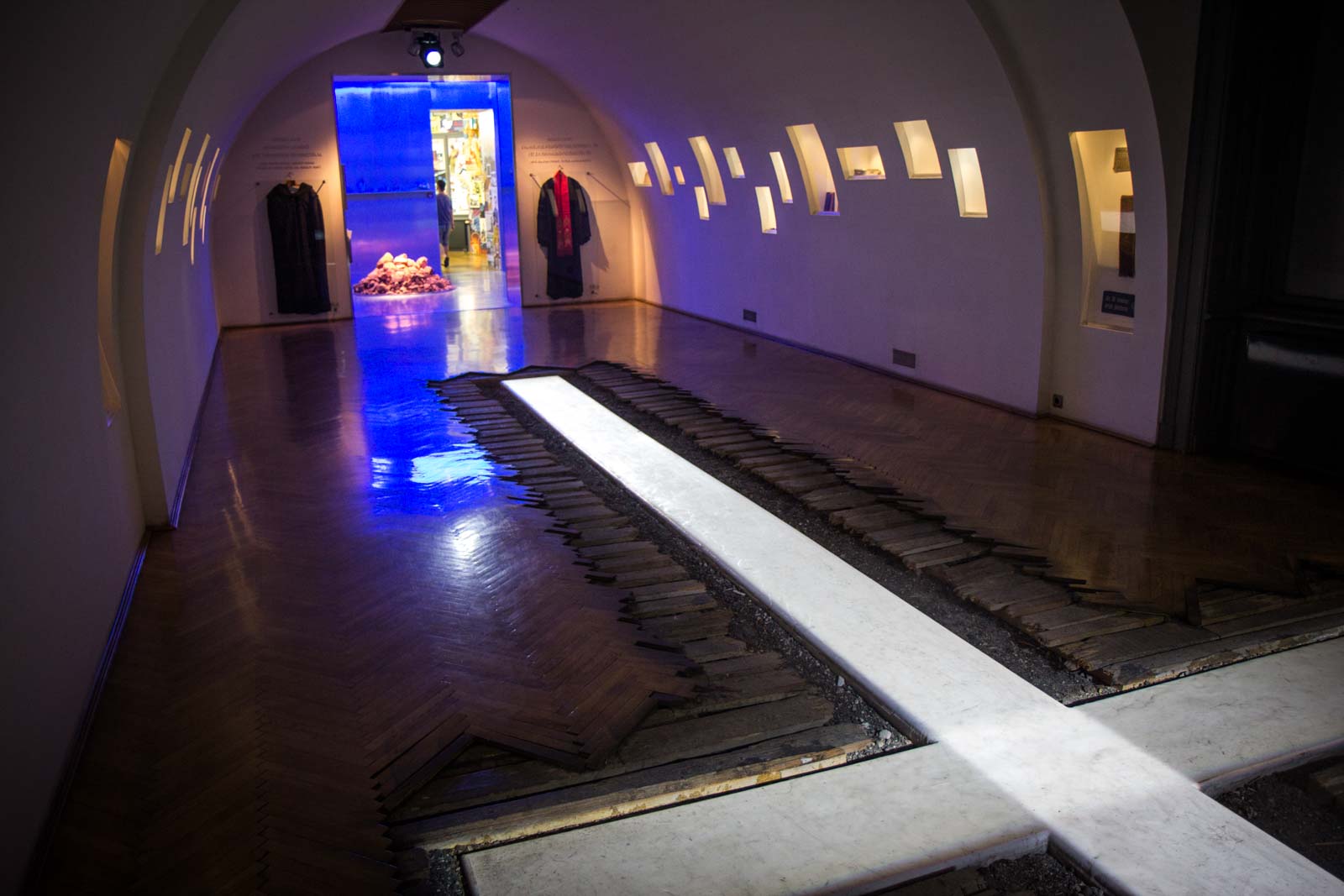 The AVH moved out of 60 Andrassy Boulevard in 1956 but the Soviets continued their control for many decades. The last Soviet troops didn’t leave the city – and the country – until 1991, shortly before the collapse of the USSR.

For many citizens of Budapest, this time is still fresh in their memory and it is a deep scar across their history.

The House of Terror as a museum

The building was opened as a museum in 2002 after a year-long renovation effort. Over several floors, it tells an extremely comprehensive story of the Nazi and Communist rule. I think it’s one of the most important things to do in Budapest.

The excellent displays are not just informative but atmospheric and a lot of work has gone into making it a visual and emotional experience – not simply an educational one.

As a foreign tourist, you are presented with a detailed overview of life in Budapest during those hard years and how the building played such an important role. 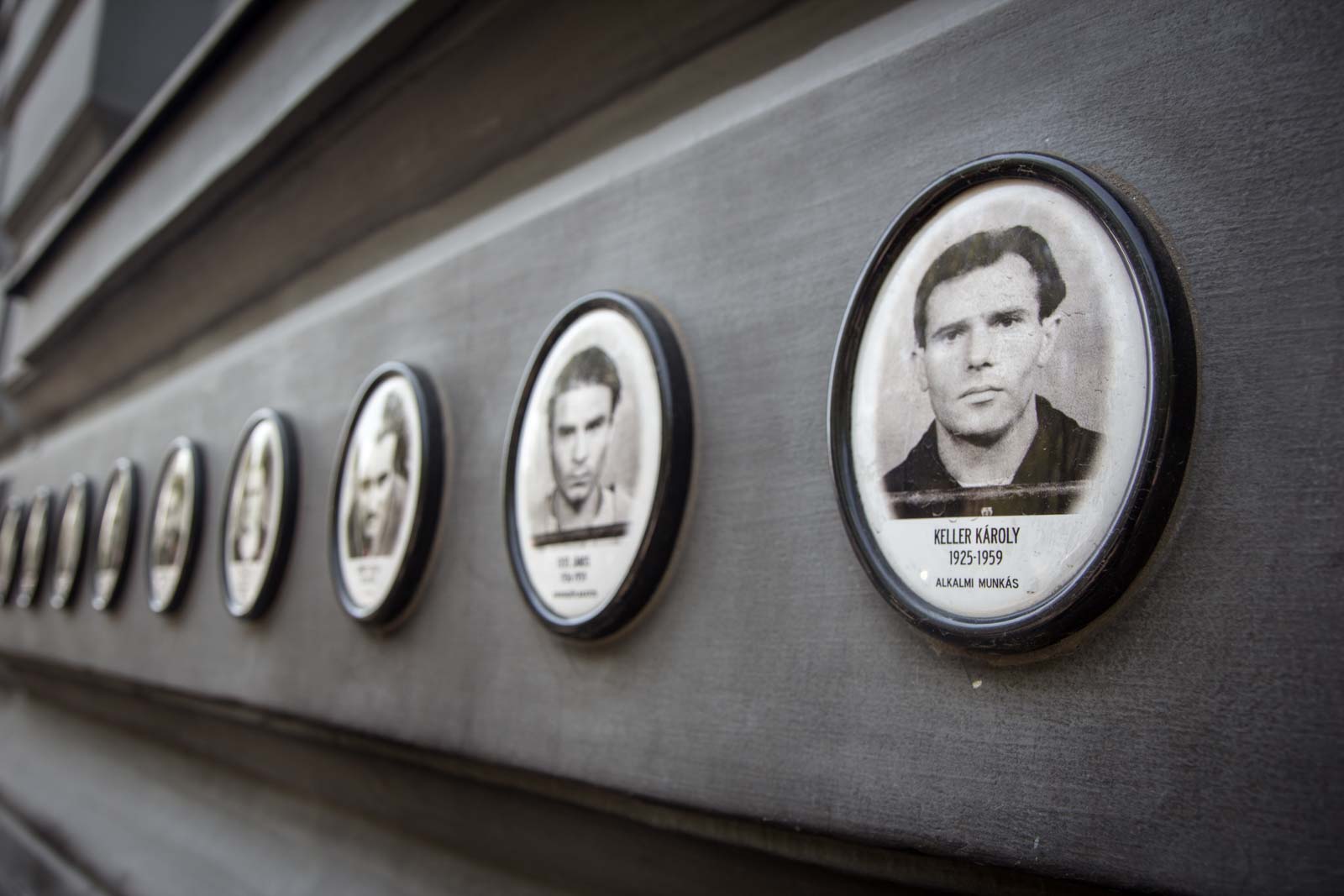 Beneath the main floors of the House of Terror building, the cellars remain and a visit to the museum ends with a slow elevator ride down into the bowels of the building to see where so much horror was inflicted directly onto Hungarian victims.

Leaving the building, you can see how the designer of the museum has created a black frame protruding from the top of the roof as a reminder of the horrors inflicted indirectly onto Hungarian victims. 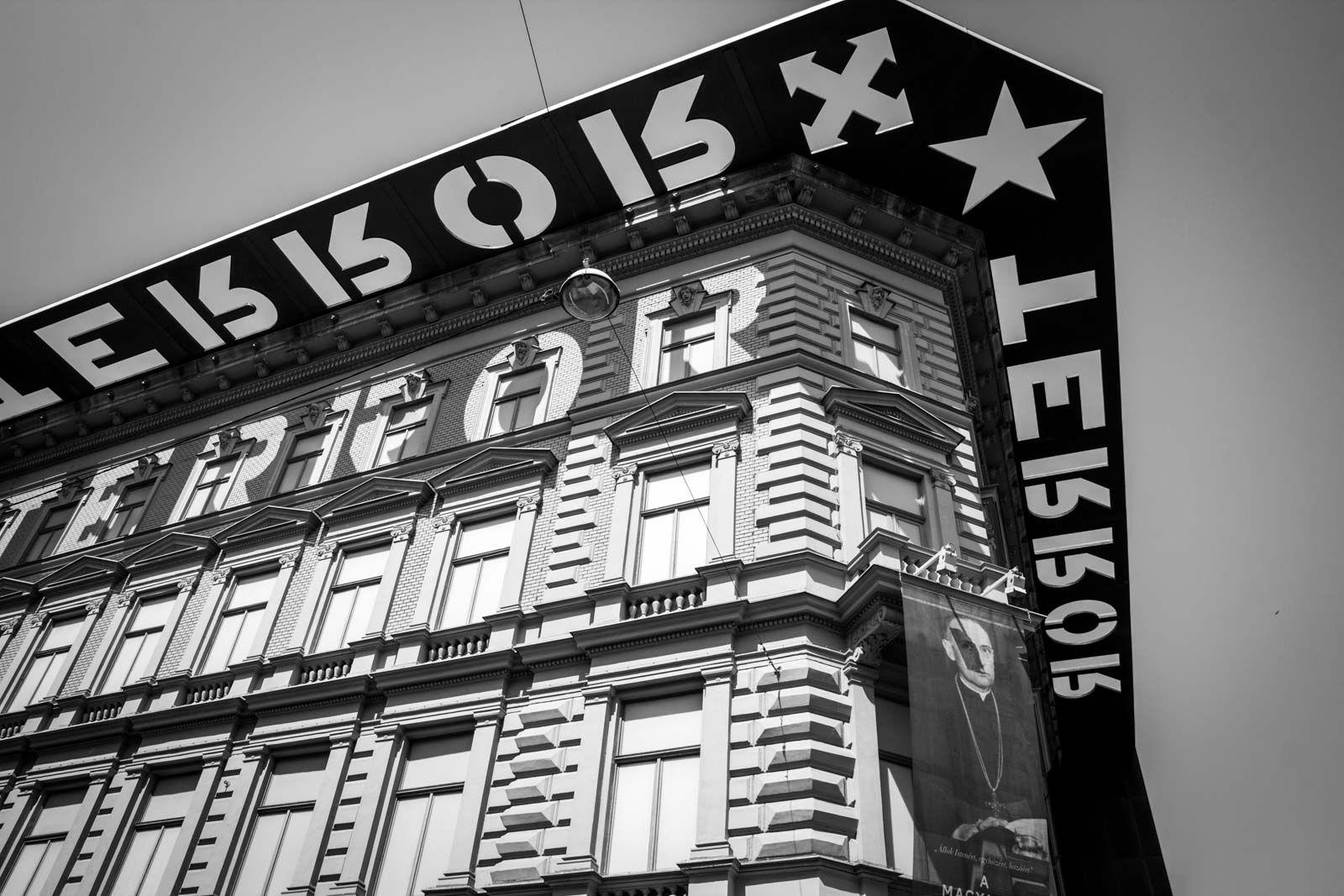 A building can be so much more than just bricks and mortar. Now 60 Andrassy Boulevard is a sculpture in the shape of a building, which is a monument to all those who suffered.

If you’re interested in learning a bit more about the communist history in Budapest and Hungary, there are some great tours you can take. I would recommend the following ones: