In the past century, the Gellert public baths in Budapest have only ever been closed once – when a major pipe burst. But, other than that, they have opened every single day through winters, wars, bombings and recessions.

And now, in this spectacular old building with so much history and resilience, I am standing naked and awkward.

“Take your shorts off”, the middle-aged stocky Hungarian masseuse had just instructed me. I had thought a massage would be a good idea and had seen the main carpeted room where other people were getting one on soft beds. But it was apparently full and so I had been to taken to a strange annex.

The room was tiled all over and echoed when my bare feet hit the marbled floor. The air was moist and seemed to drip from the ceiling.

The whole room was quite large – certainly unnecessarily large for just the one massage table – but most of it was taken up with a therapeutic pool that an old man was floating in.

So here I am, naked in a humid tiled room, waiting to lie down on a bed and be kneaded by a Hungarian. This is not how I expected this experience to go. 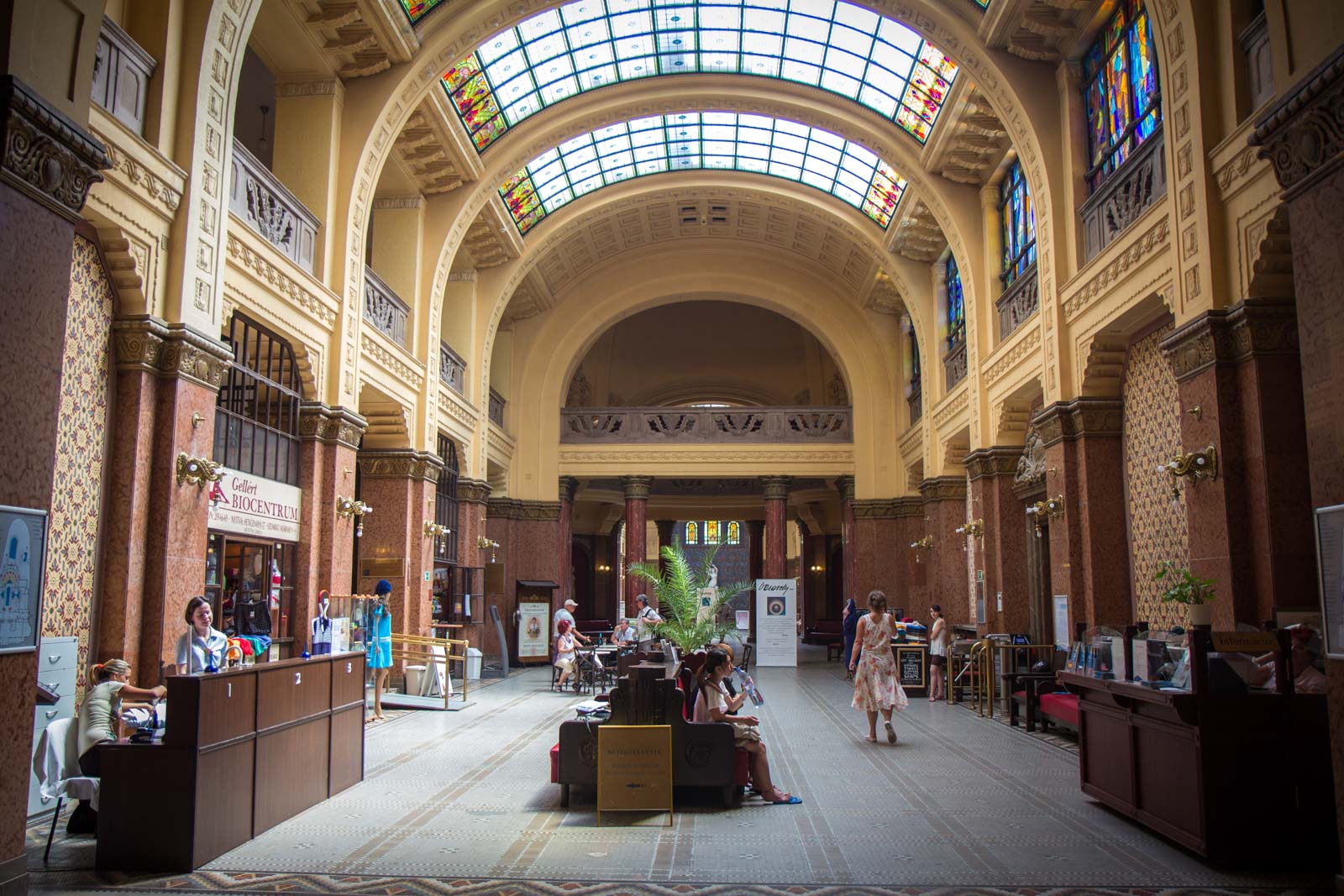 But experiencing a traditional bath in Budapest is one of the things you should while you’re in this city. Gellert, where I am, is one of the big two – the other being Szechenyi.

There are other famous ones too – Rudas, Kiraly, Csaszar or Lukacs, for example.

Most of these baths are large and have different sections all interconnected with each other. Here at Gellert, for instance, there is a large outdoor pool, a couple of indoor swimming pools, hot soaking pools, steam rooms, plunge pools, and massage areas.

You can (and many people do) spend all day moving between them and sunbaking on the deckchairs around. 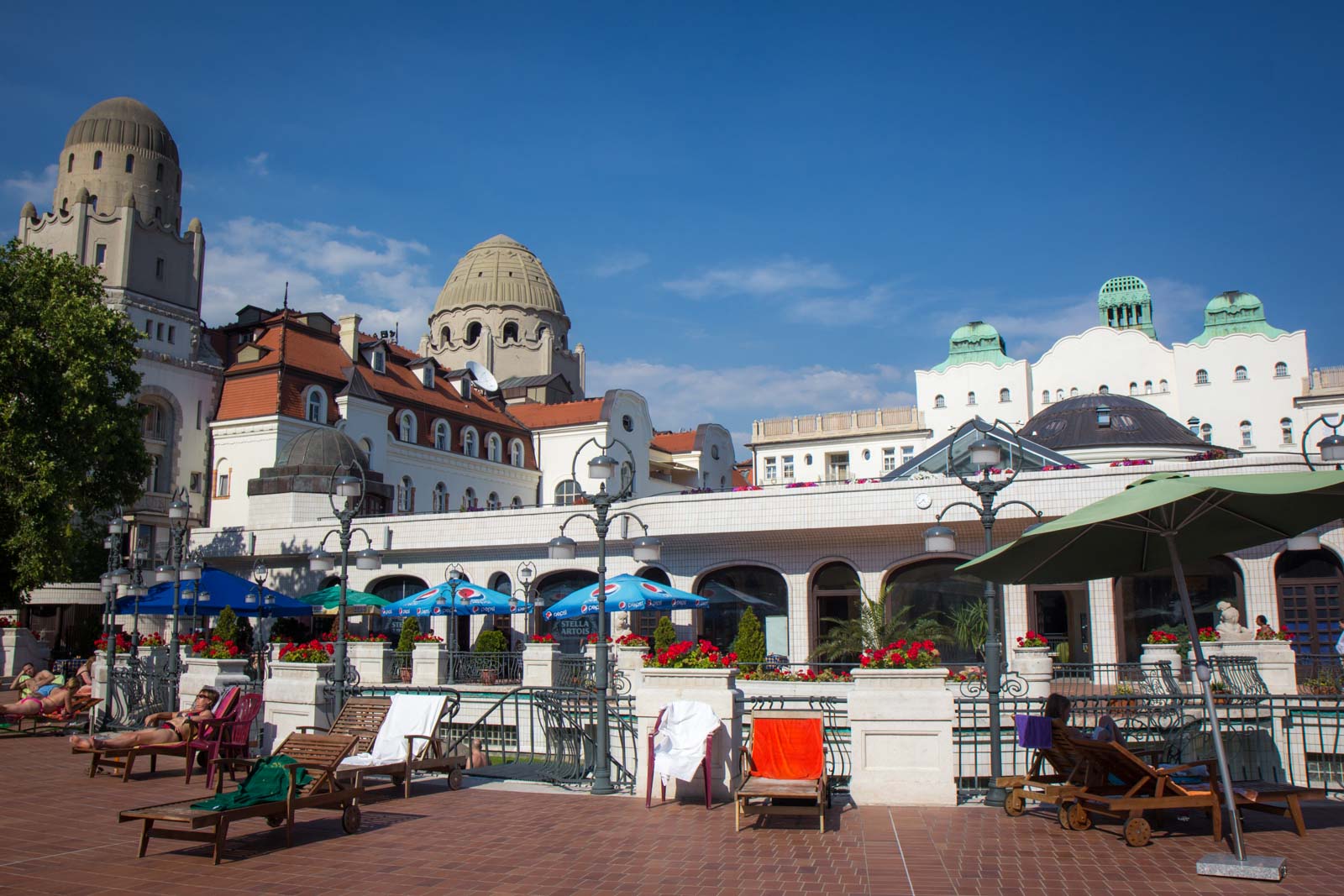 If the steam rooms don’t take your breath away, the interior of the buildings will. Officially they are Art Nouveau but throughout are traces of Ottoman elegance or Roman sophistication.

If that all sounds a bit confusing, let me put it another way. It feels fancy.

There’s nothing particularly posh about the baths, though. They are used by people from all walks of Budapest life.

On the weekends, when the families come, they can be particularly busy. Places like Gellert are also popular with tourists. I’m imagining what it would have been like here before the Second World War, before the tourists, when spending a day in a building so elegant would have been the epitome of social style, when I’m disturbed from my daydreams by the stocky Hungarian masseuse. 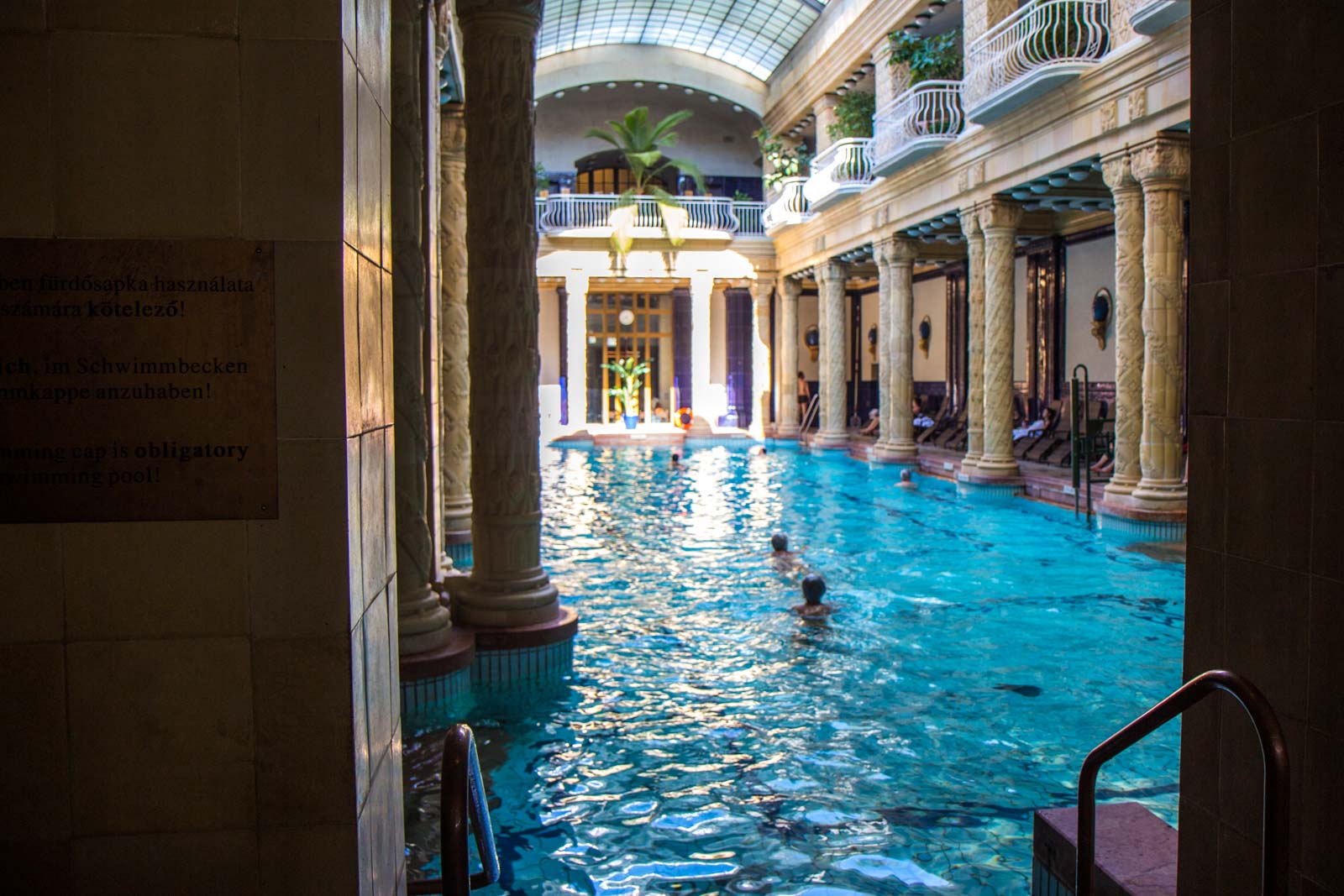 “You can put your shorts back on now.” I must have dozed off slightly.

Startled, I look around. We’re alone in here now – the old man in the therapeutic pool has left but the moisture in the air has remained.

It’s quiet and calming. I enjoy the moment for a few more seconds before I slip off the table, pull my shorts back on, and head off back to the pool.

>> More info here about the Gellert Baths in Budapest