From the water, the cliffs rise high above me and stretch out in both directions. Harsh and impenetrable, they make the Maltese island of Gozo appear like a fortress.

Bouncing on the swell, racing in a boat alongside the cliffs, these stone bulwarks appear to stretch indefinitely. The size of the island is incalculable from down here on the twinkling blue waters off its coast. 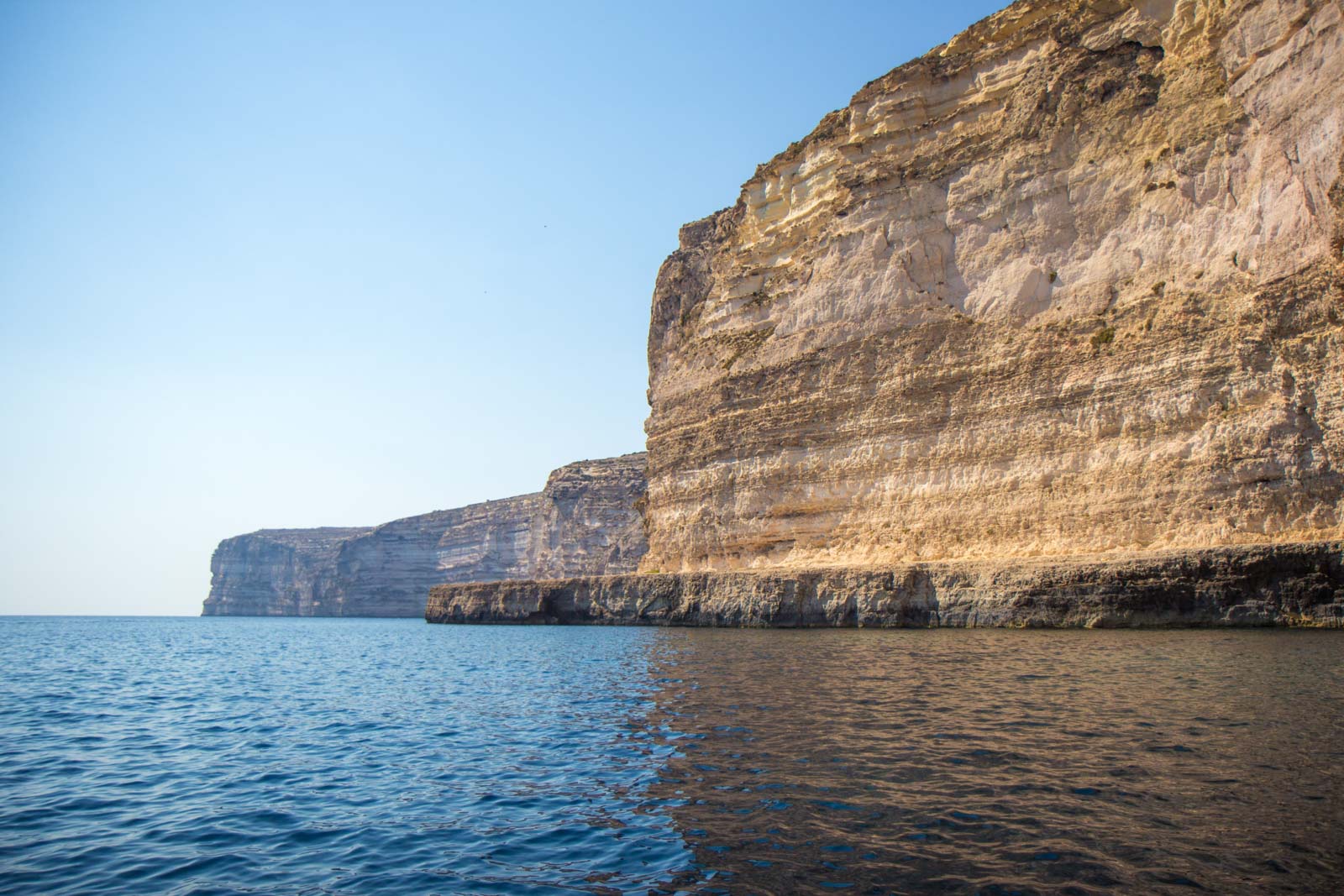 But what seems large and unapproachable is actually relatively small, considering it’s the second biggest island that makes up the country of Malta.

It’s about the size of Manhattan and is home to just 30,000 people. And as I go further along the coastline, cracks start to appear in the solid cliffs… little bays and coves previously invisible. 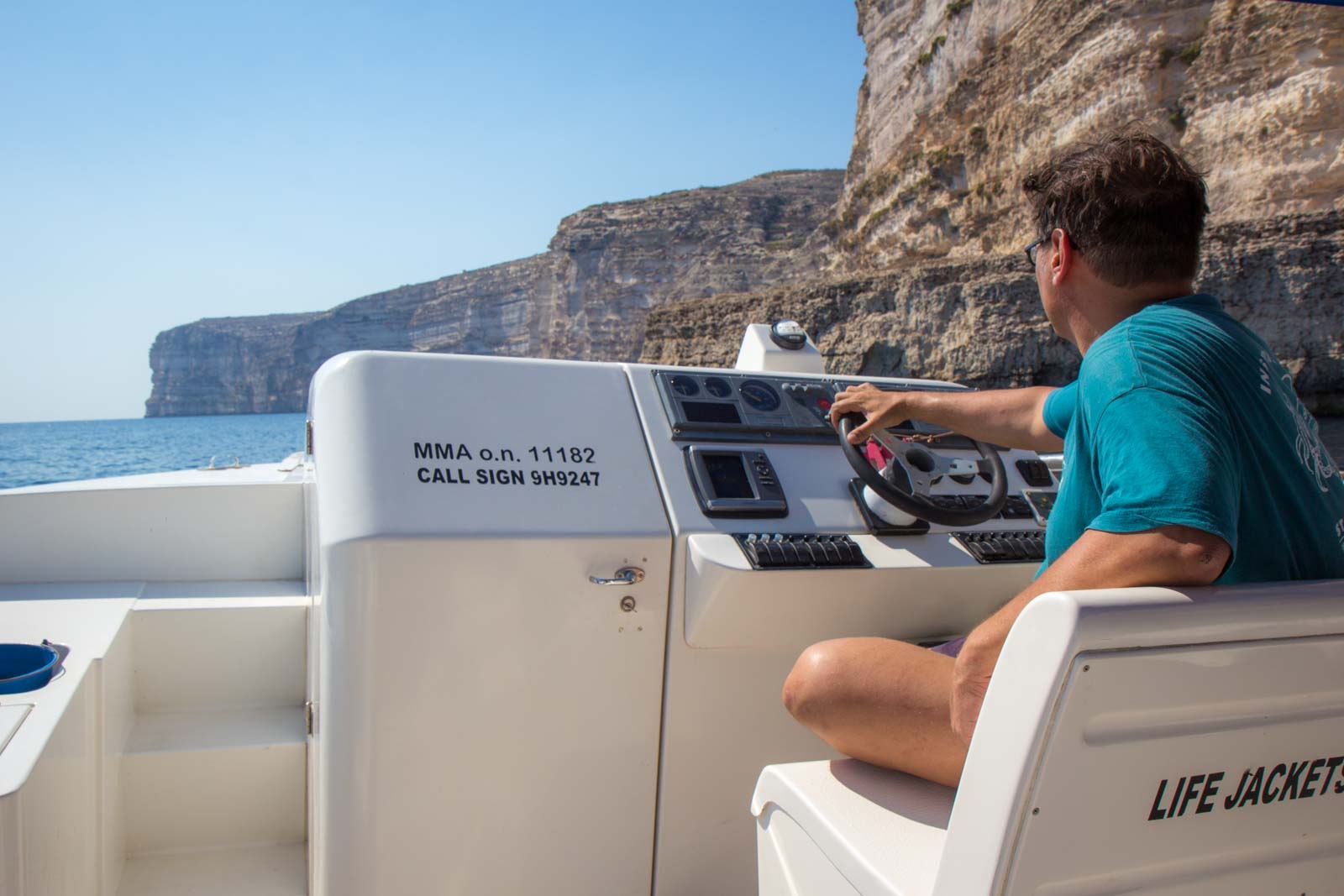 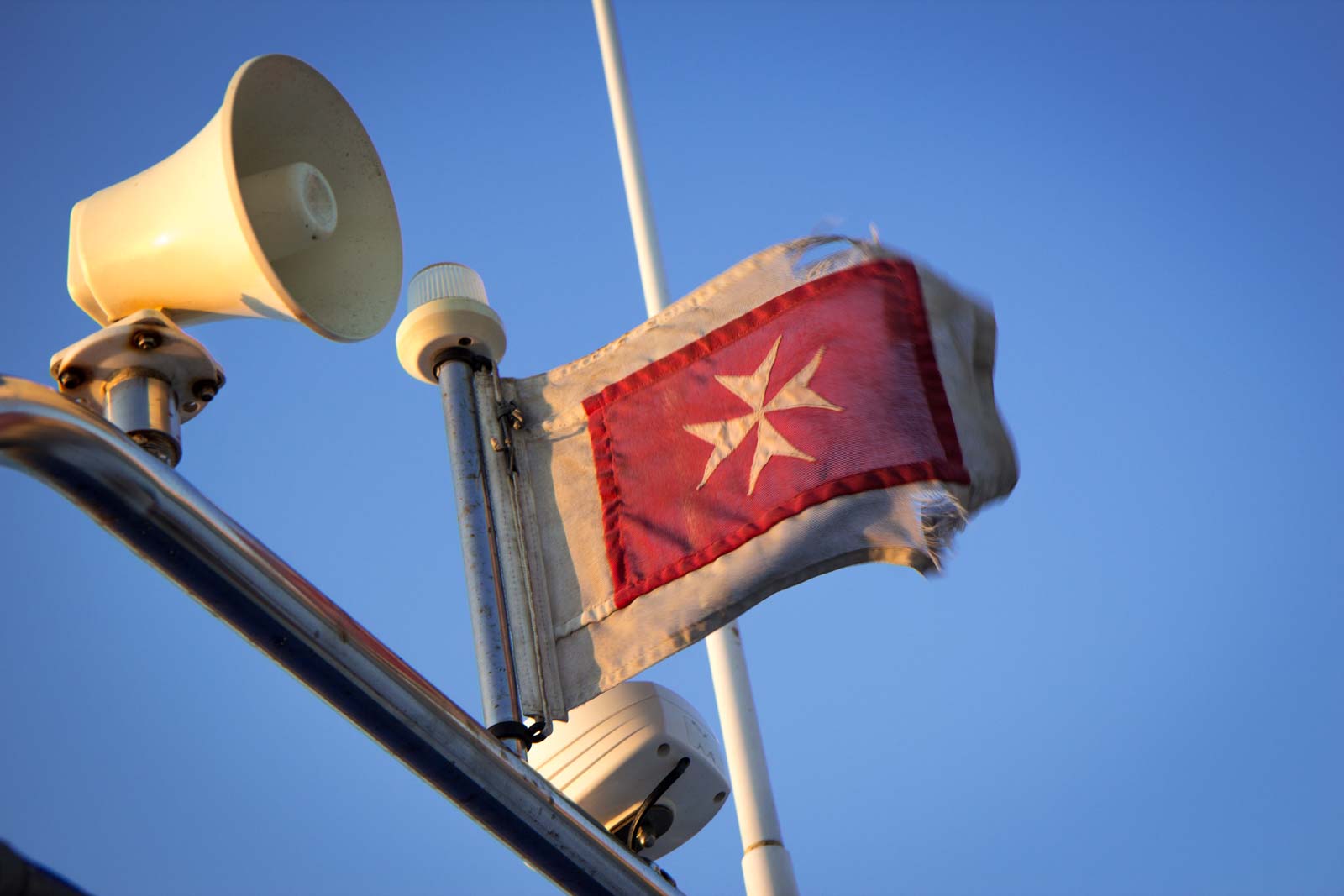 The island itself is an interesting place to explore, with ancient temples, quaint villages, old fortresses, beautiful churches and hidden vineyards.

But it’s here – where the land meets the sea – that the true gem of Gozo sparkles in the summer. And it’s why I’m spending the afternoon on a boat. 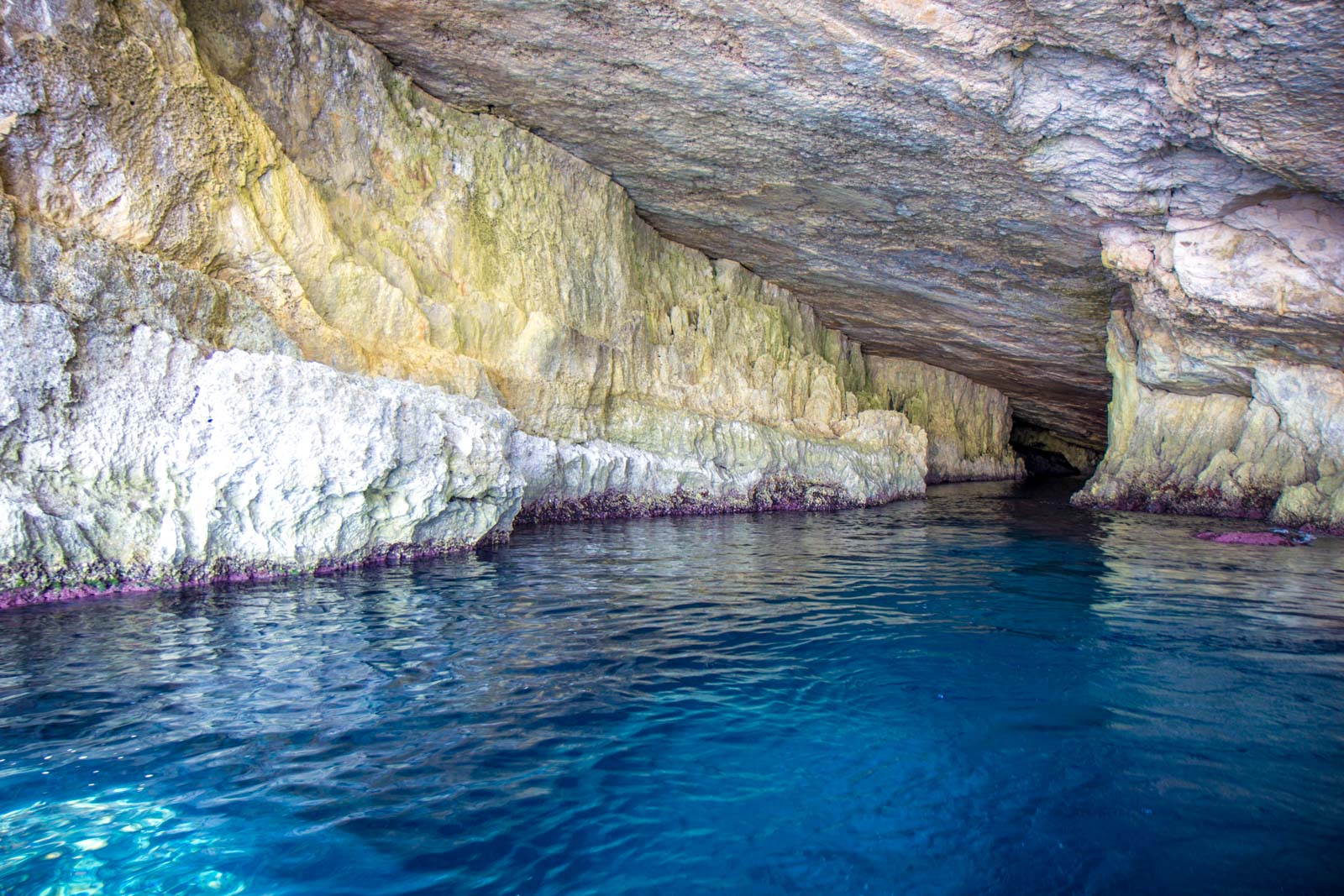 Many of the highlights along Gozo’s coast are inaccessible without a boat.

There are caves worn into the side of cliffs…

Tunnels and archways created by the millennia of erosion…

Beaches obscured but from particular angles…

And bays that stretch out for hundreds of metres. 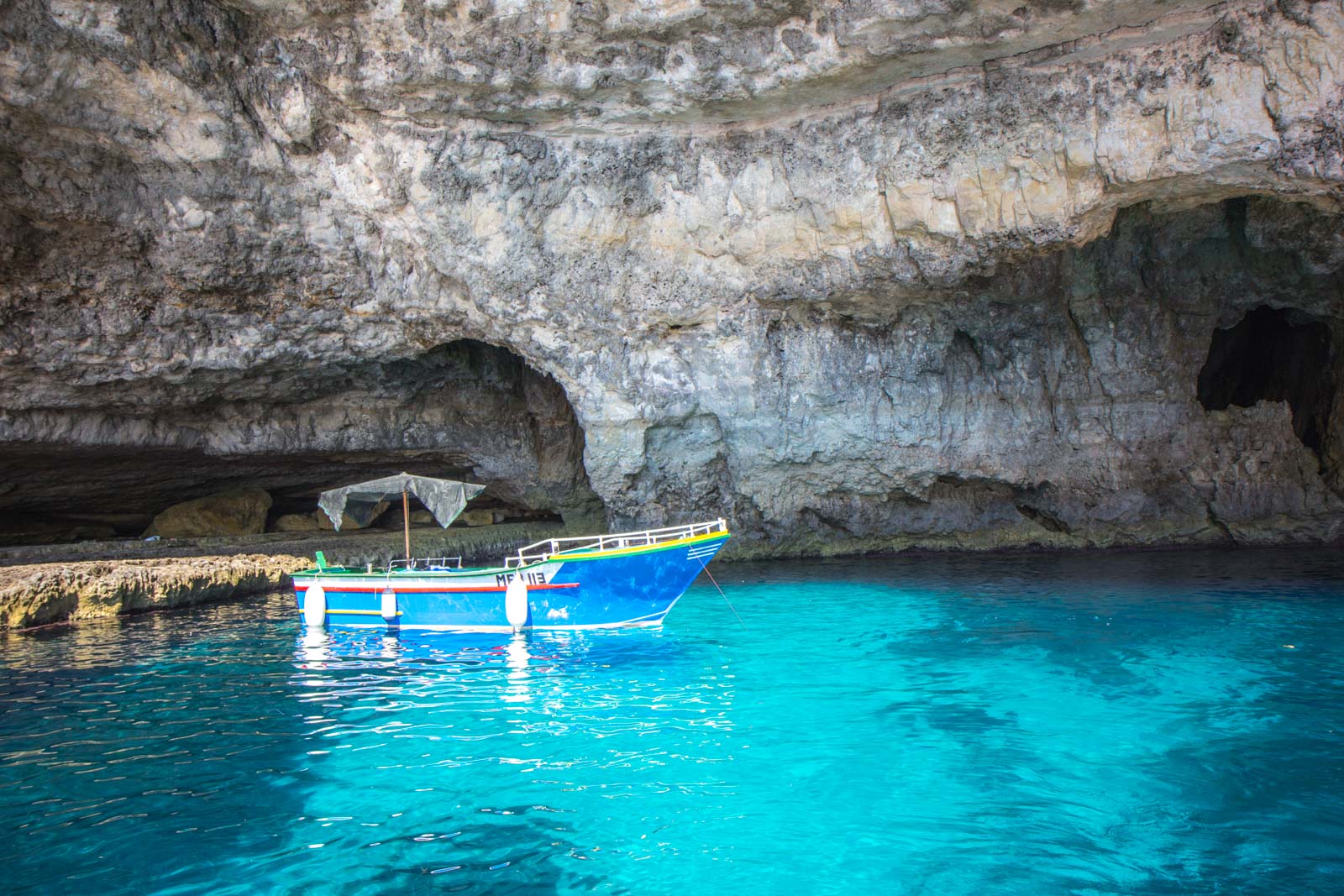 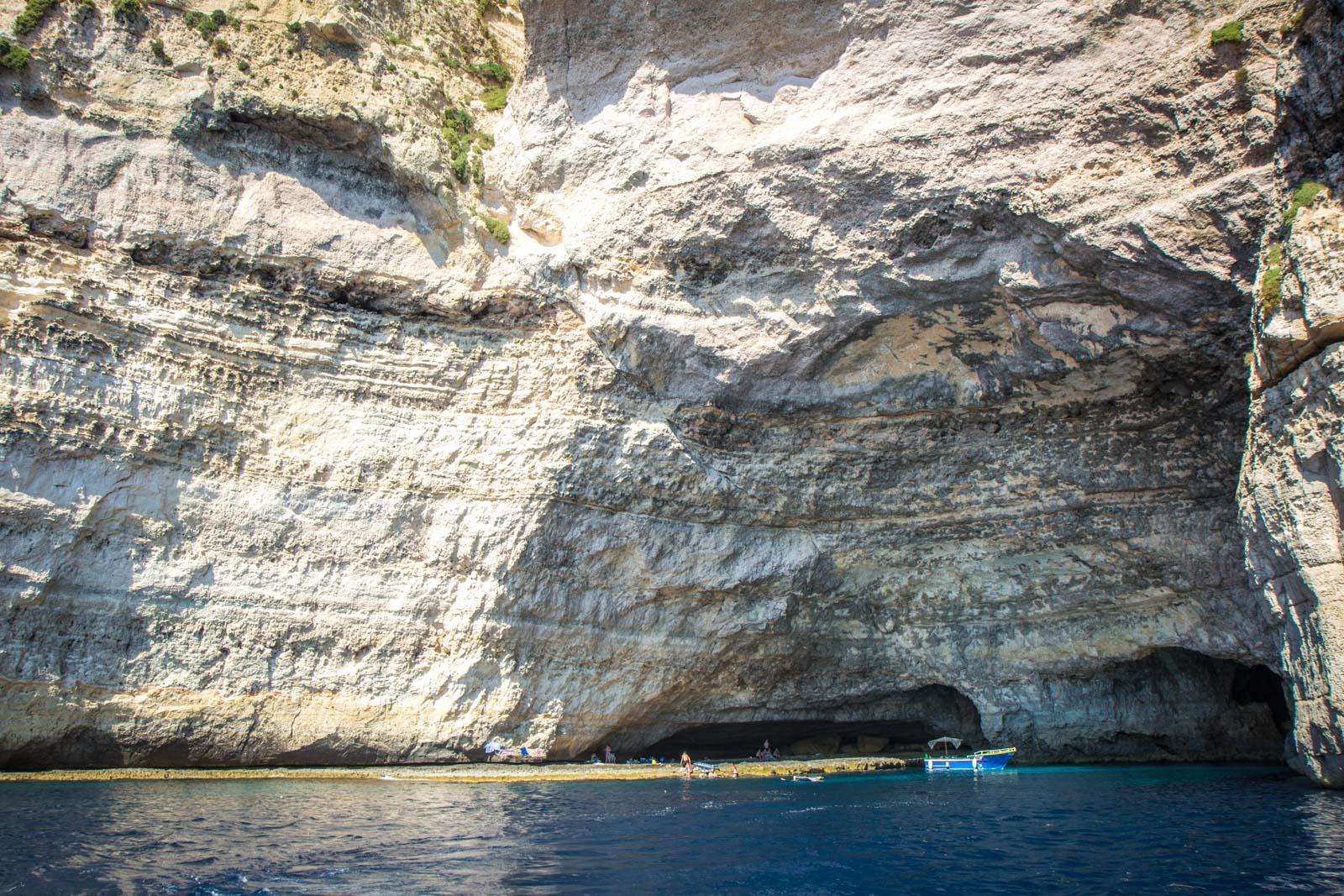 The boat I’m on is a small one and there are just five passengers and the captain – a friendly and experienced man who is often sought-after by expert divers.

We pass some smaller boats on the water which are owned by local families who head to the beaches and swimming spots for outings. 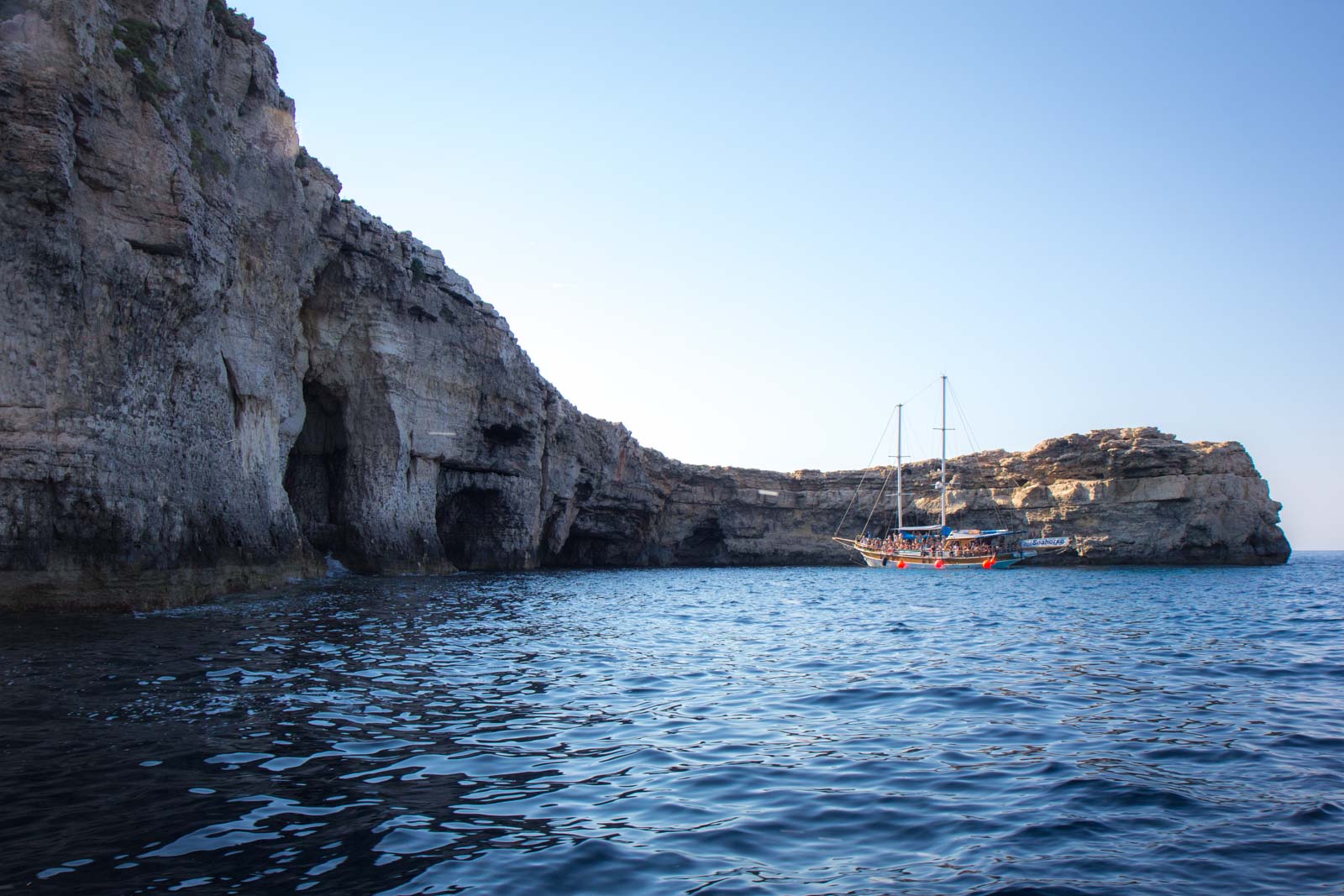 And then there are the large mass-tourist boats which have dozens and dozens of shirtless tanned visitors crammed onboard.

Cruising the coastline of Gozo is a popular activity in Malta and this is a busy tourist period so, glancing at the boats, you see more skin than deck. 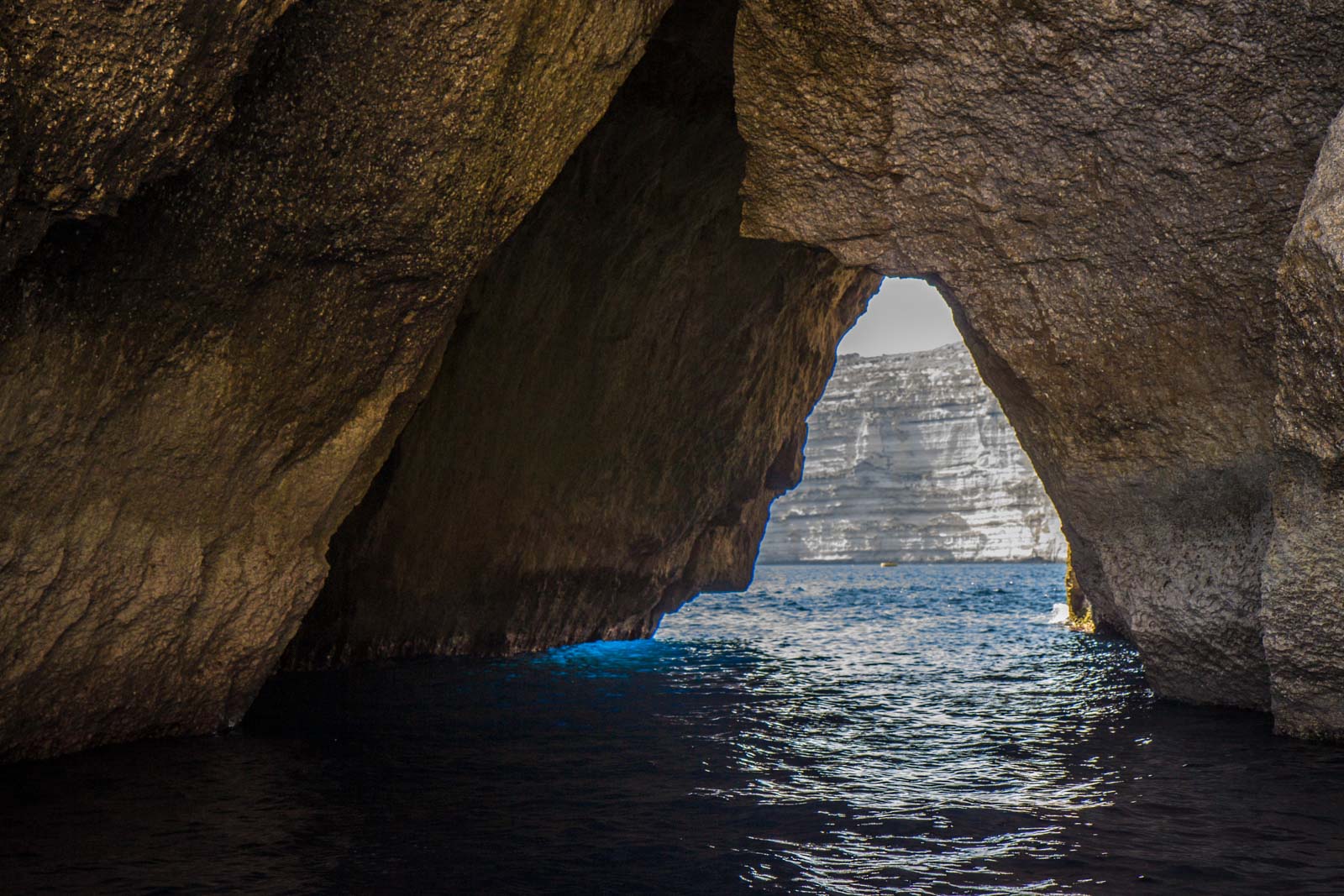 I think it would be quite a fun and easy way to spend the day on the water… but it would definitely feel crowded. 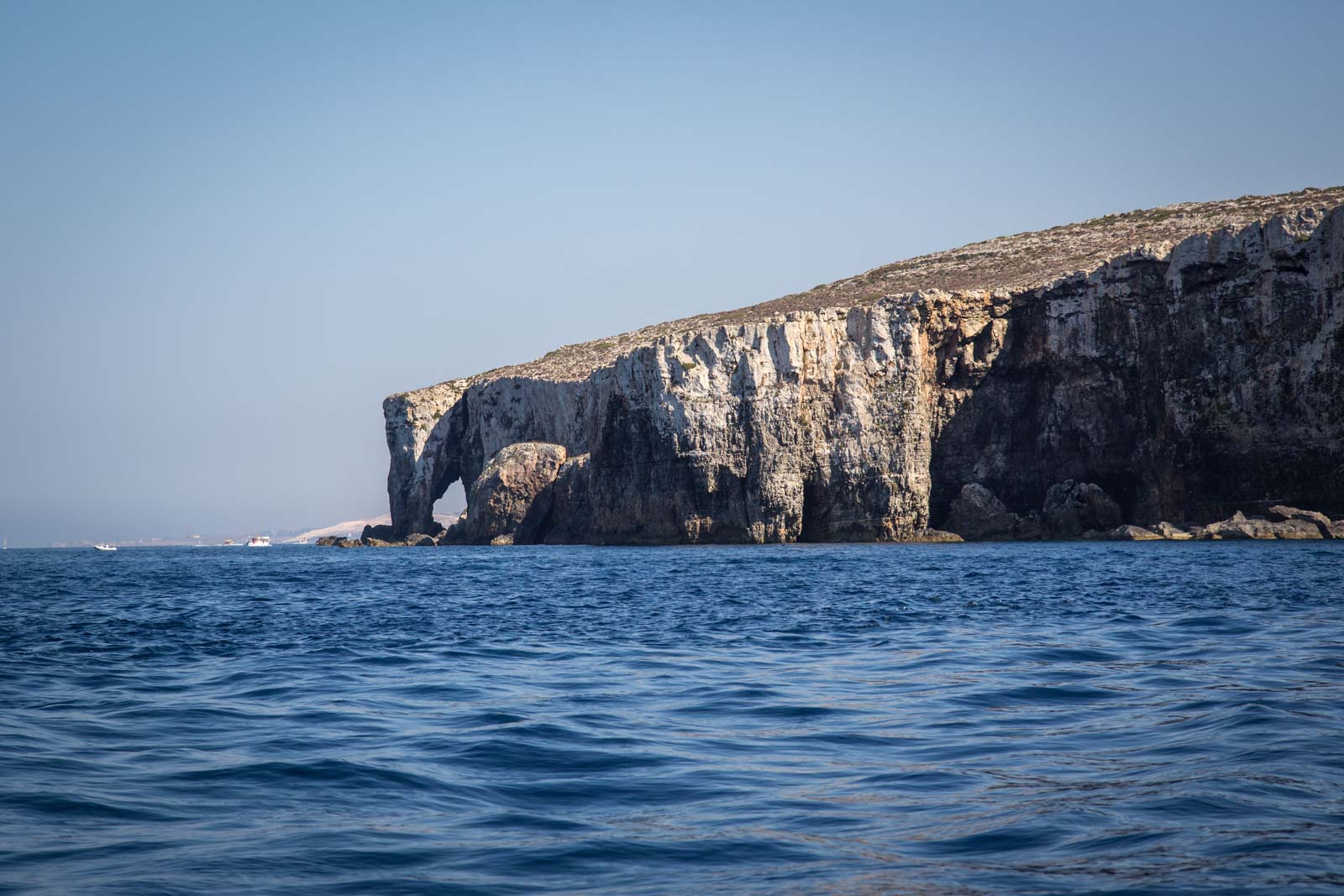 All these boats – and ours included – stop at the tiny island of Comino, halfway between Gozo and the main island of Malta. It’s famous for the Blue Lagoon which has incredibly clear azure water. It also has hundreds of boats and, upon arriving, I realise this is where all the Maltese had been heading with the speedboats and small cruisers. 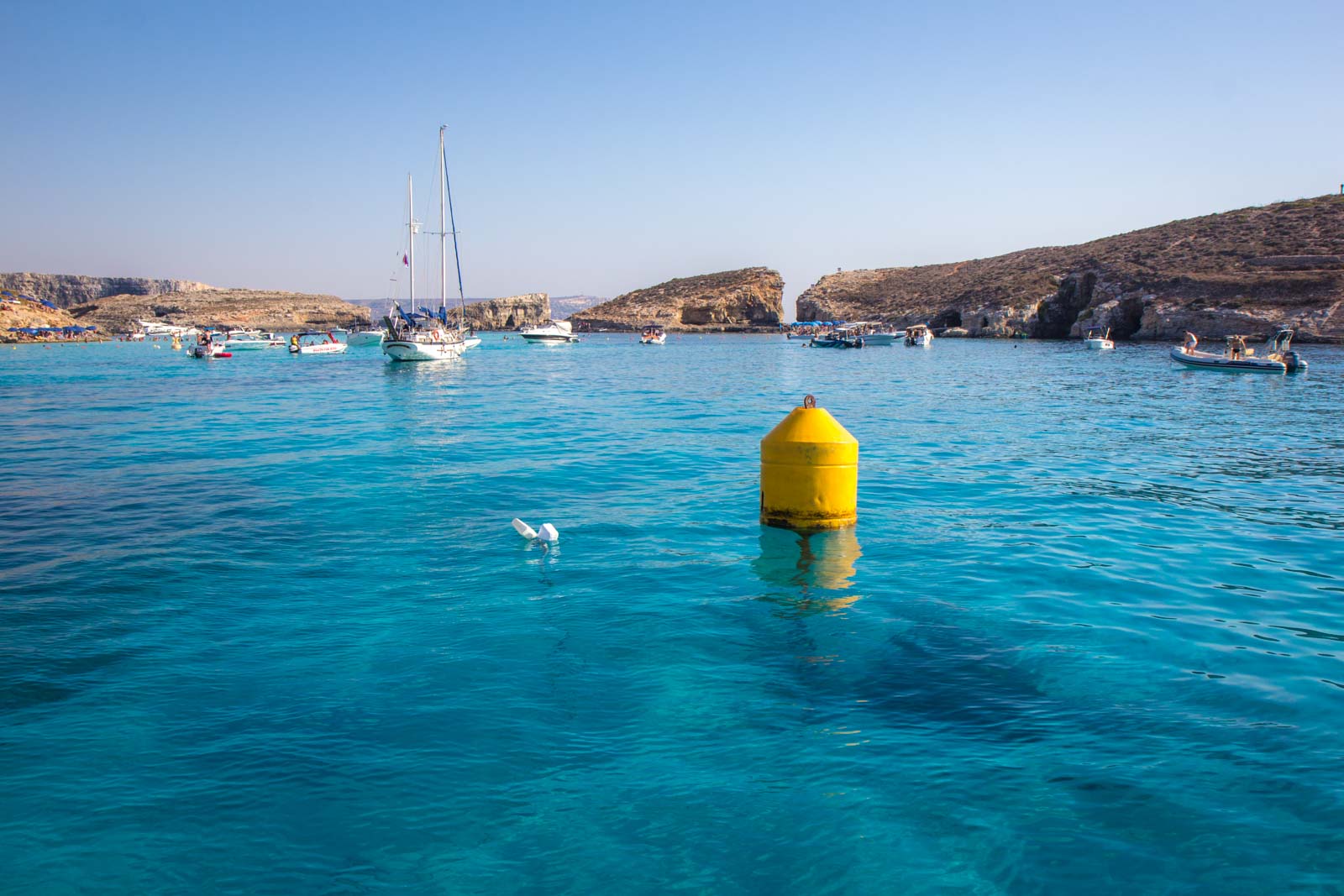 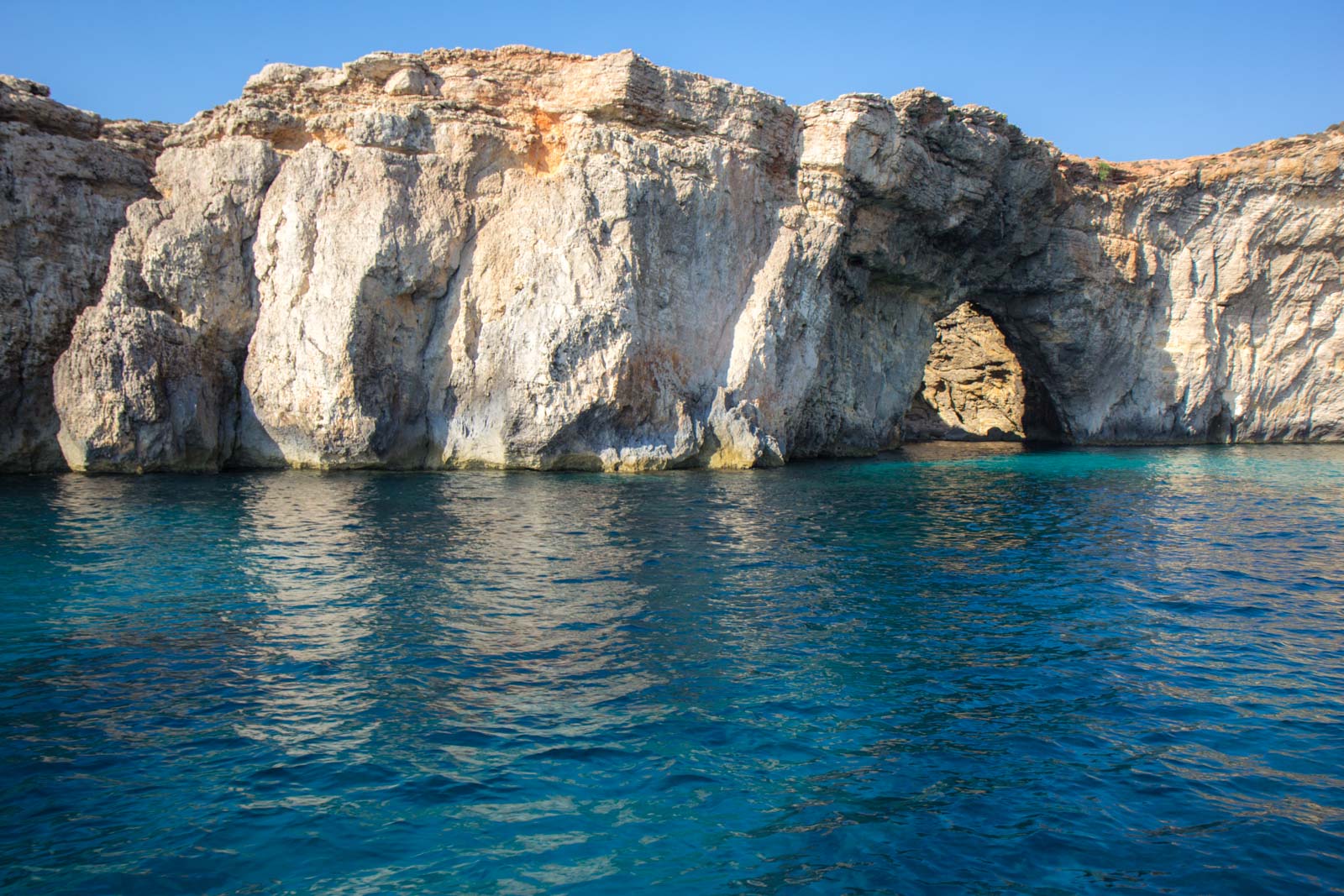 Just around the corner at the Crystal Lagoon, though, things are quieter and our boat is the only one here.

Diving in, the water is refreshing but warm and, through goggles, I can see hundreds of fish swimming all around me and weaving their way through the rays of sunlight cutting down to the deep ocean bed. 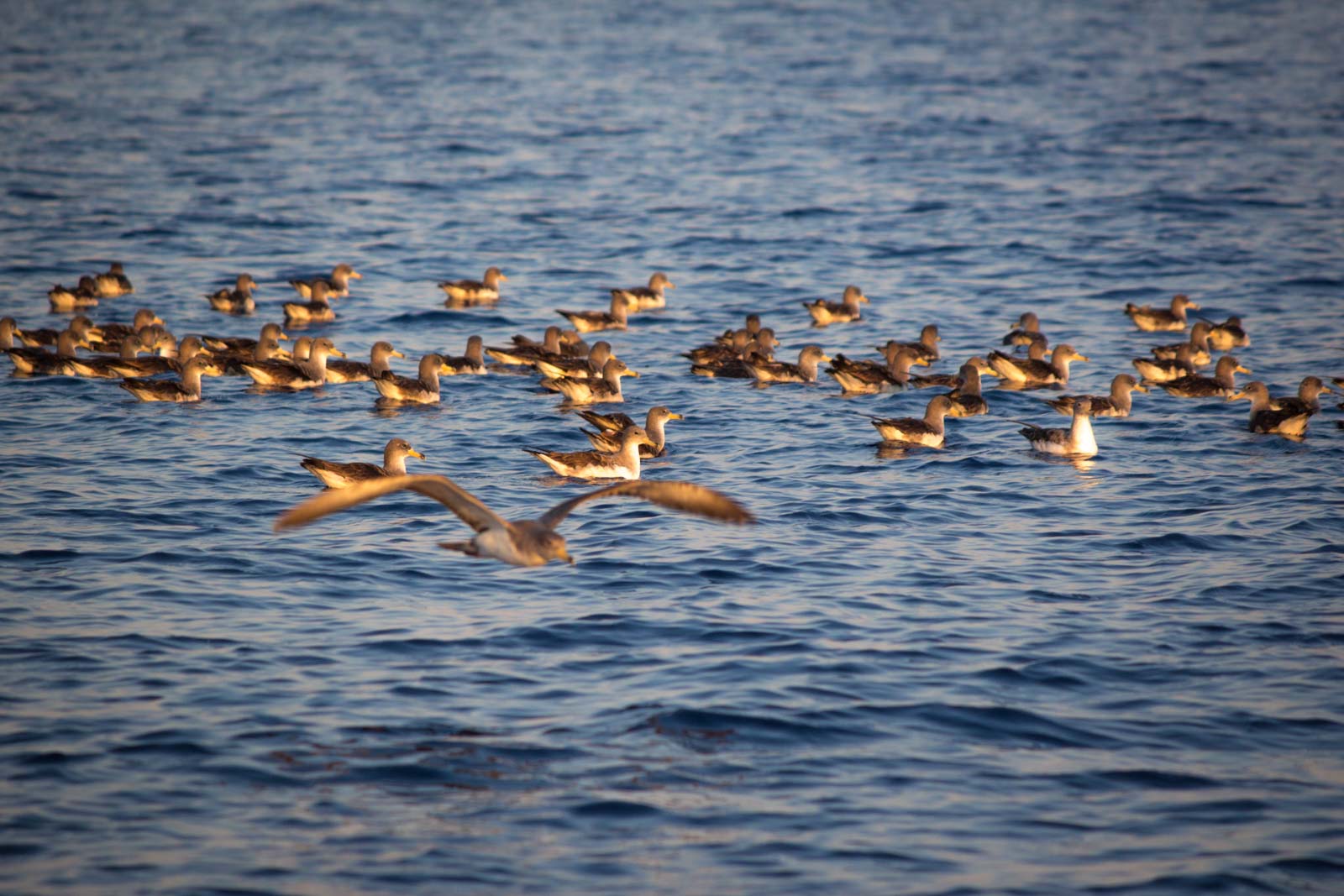 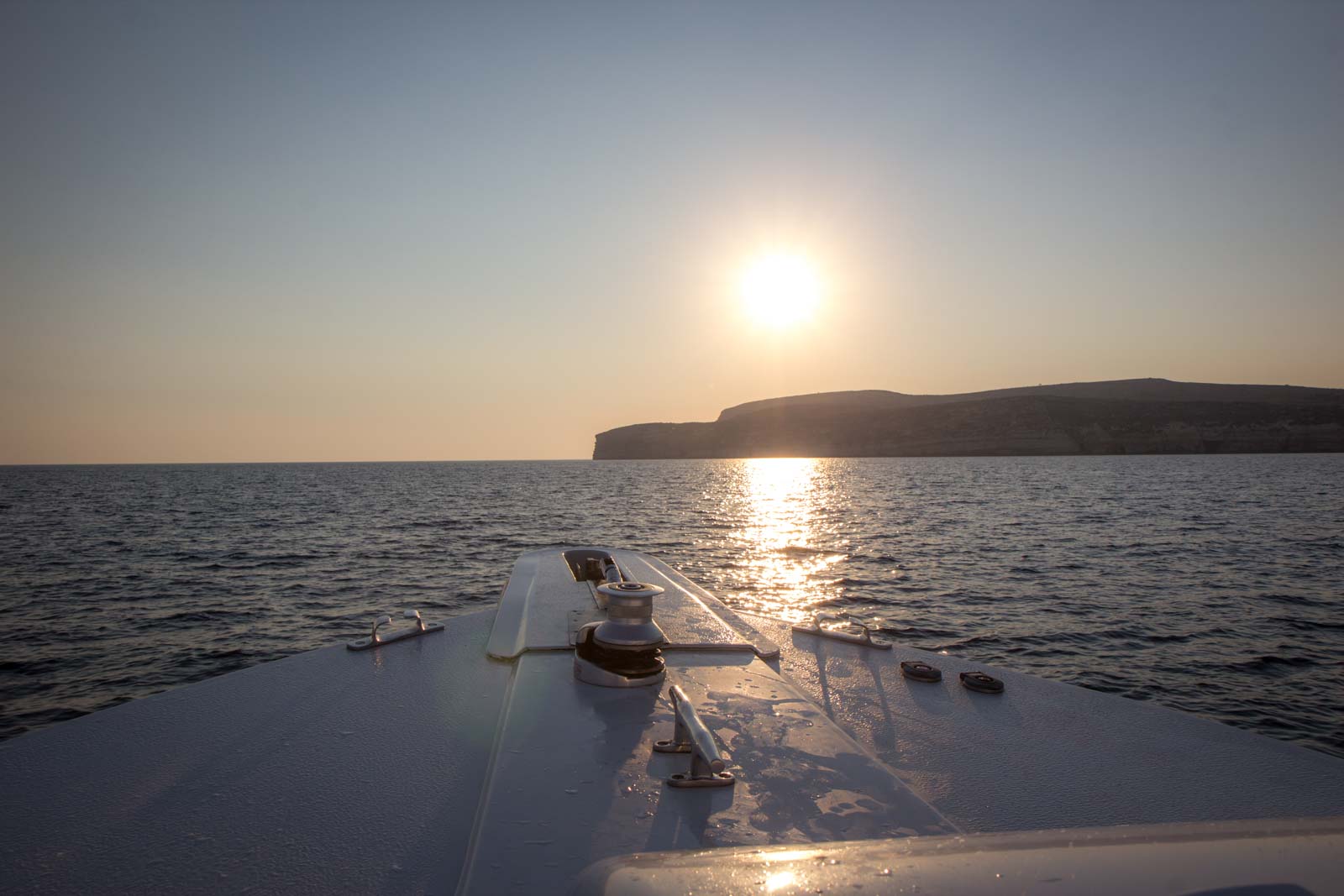 It is certainly hot out of the water and it’s scorching back on the land. This time of year, the streets in the villages and towns of Gozo are eerily quiet during the day.

It’s down here on the ocean that the sensible folk come looking for a cool respite. Those enormous cliffs are more than just a physical barrier… they’re the border between seasons.