When you think of old monuments – and I mean really old – the ones that first come to mind are places like Stonehenge or the Egyptian Pyramids.

These are places where you marvel at not just the design but the engineering skills that enabled humans to build such difficult monuments all those thousands of years ago.

And then there are the not so famous. It wasn’t until I was in Malta that I first heard about the Ggantija Temples – they’re not really on the bucket list of most travellers, right? 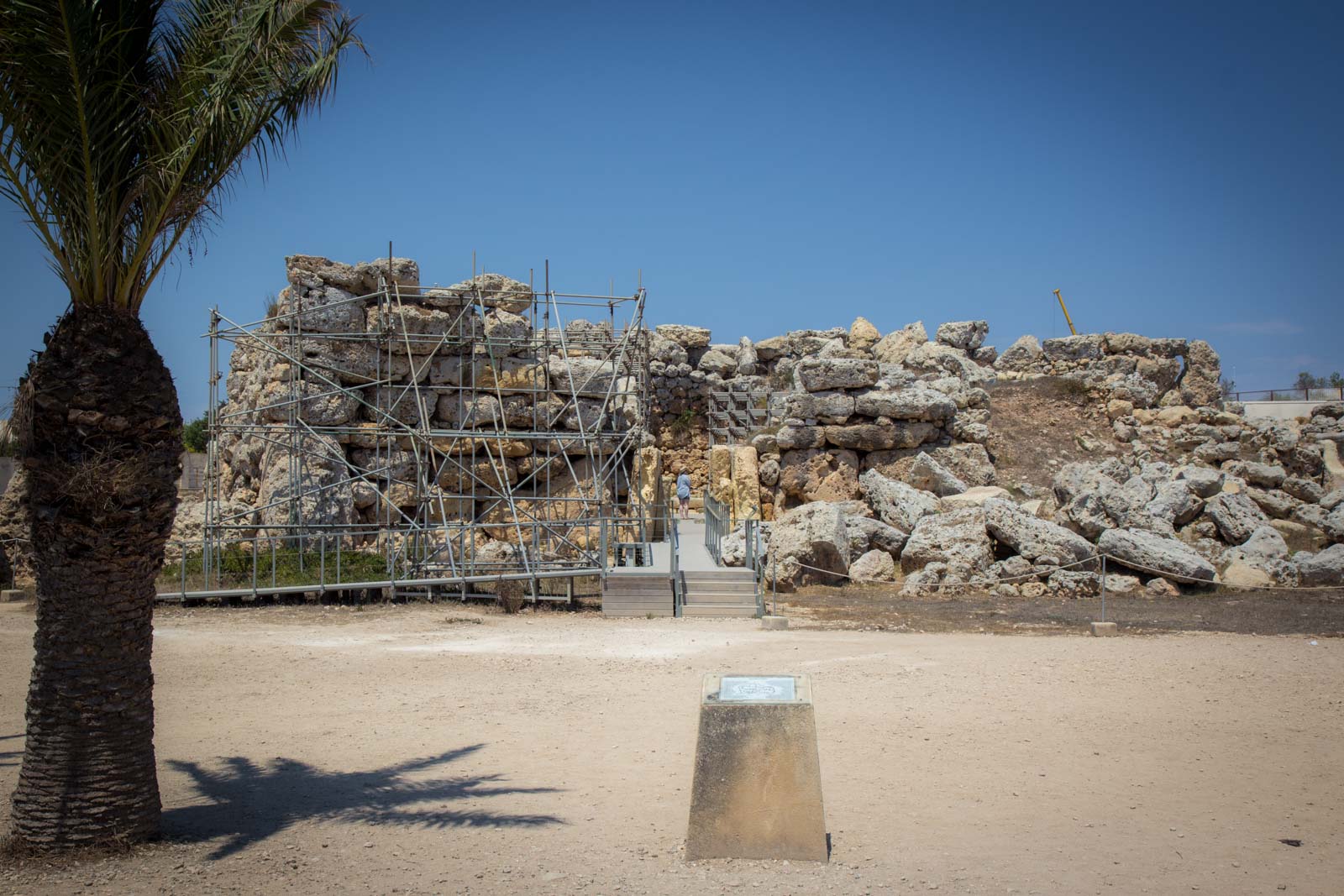 But these structures were, in fact, built before both Stonehenge and the Pyramids. It’s estimated they were constructed in about 3600BC, which makes them the second oldest manmade religious structure in the world (after Gobekli Tepe in Turkey).

More than 5,500 years ago there were humans on this small Mediterranean island with big dreams. 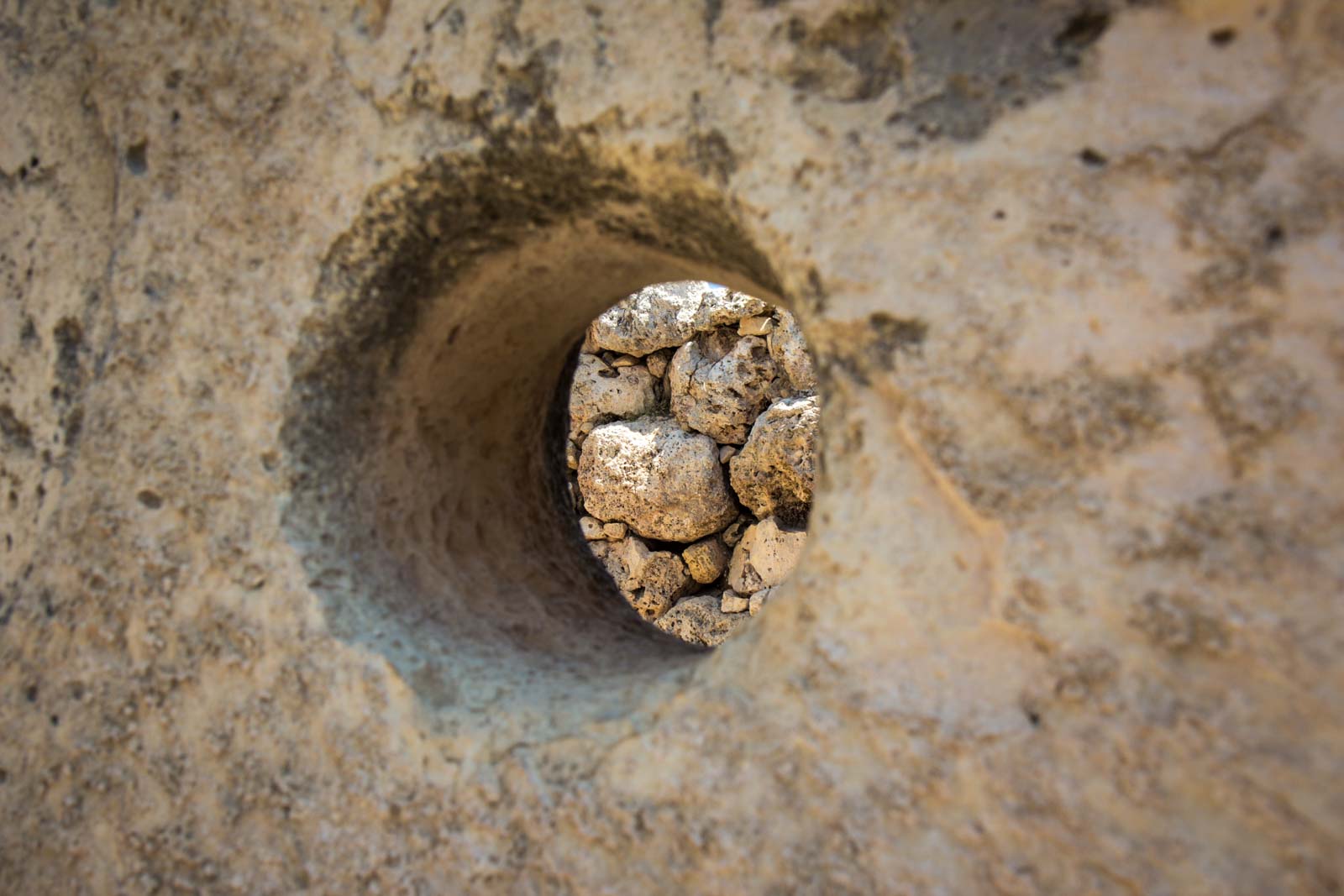 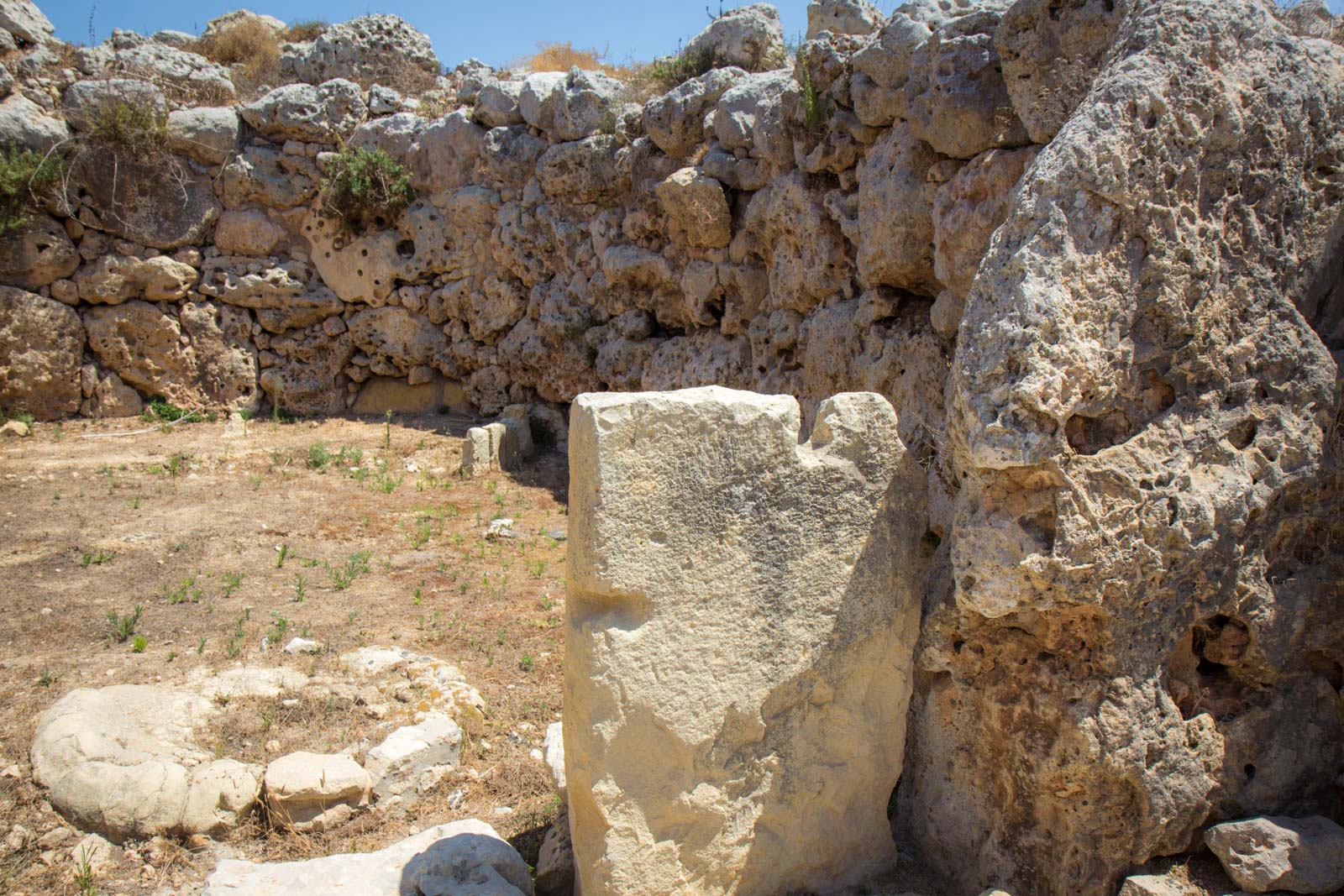 The Ggantija Temples were built during a time when metal tools were not being used in this part of the world and the wheel had not yet been invented. There are marks on some of the stones that suggest how the huge slabs were moved and arranged – perhaps with ball bearings or pulleys. 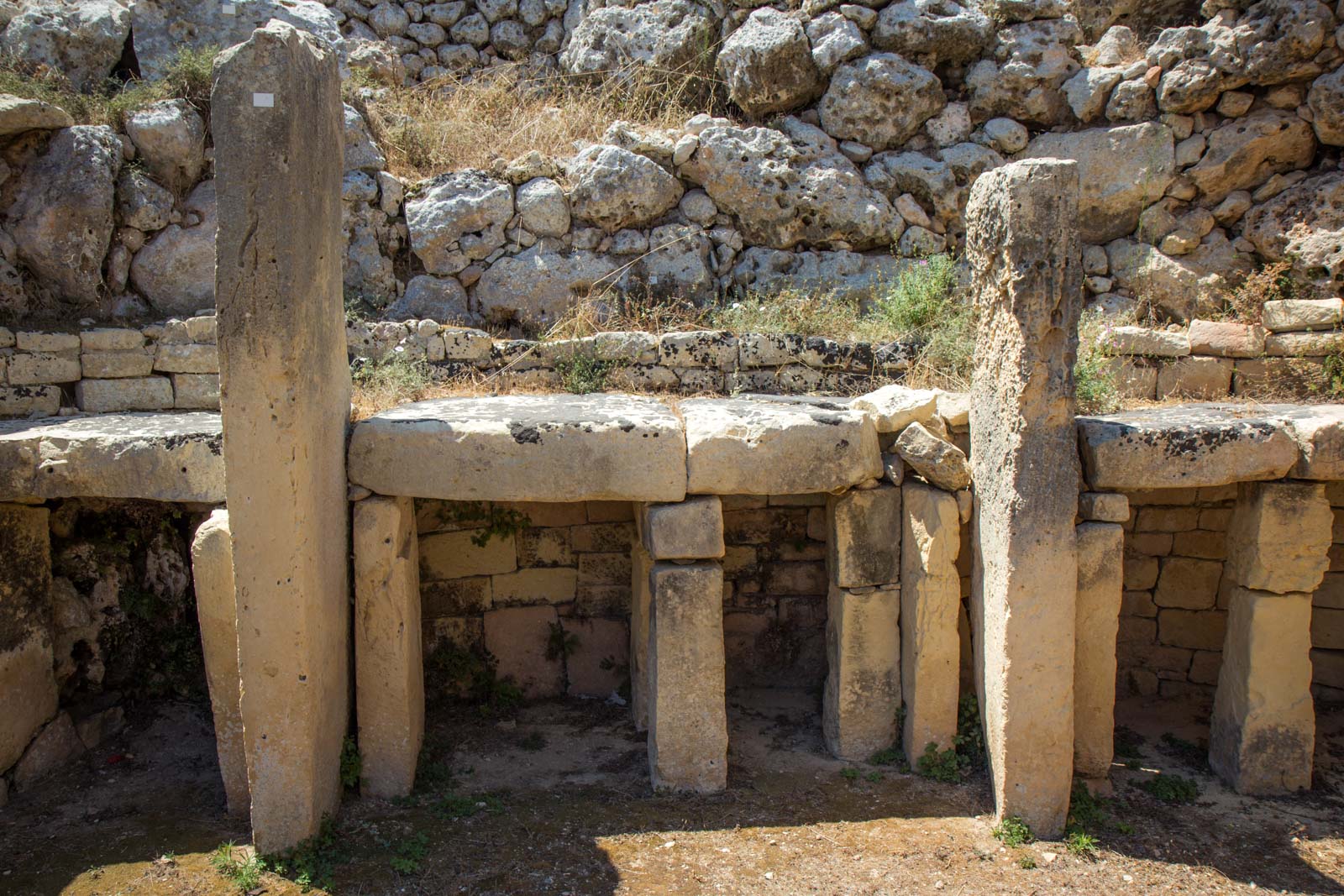 It’s hot when I visit the temples on the small Maltese island of Gozo. It takes about 45 minutes to walk from the city of Victoria and it’s a shadeless trek along roads that reflect the heat back up into my face.

There apparently is an occasional bus but I decide the walk would be a good way to see some more of the countryside. Although it’s dry on Gozo in summer, much of the landscape is taken up with green crops. 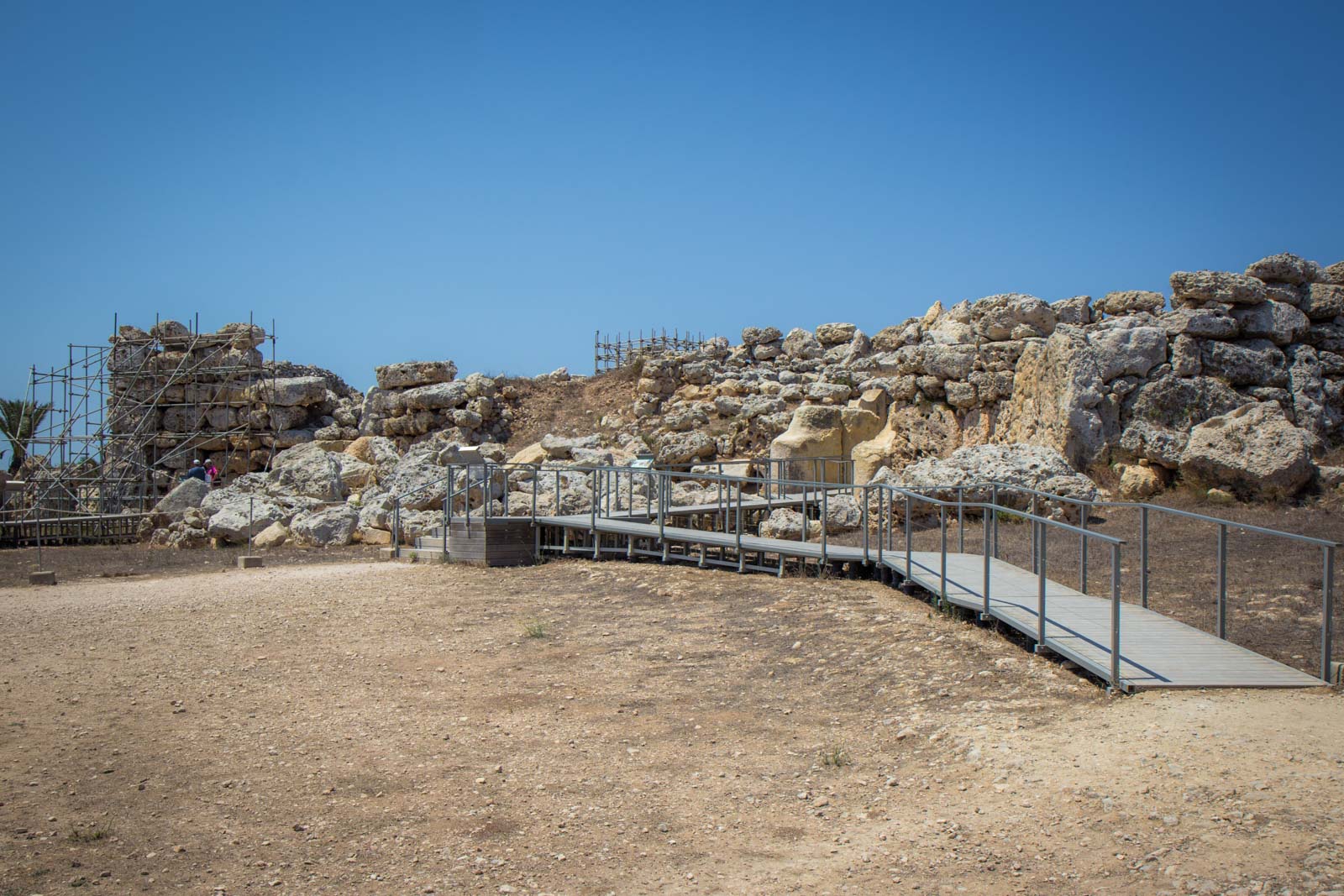 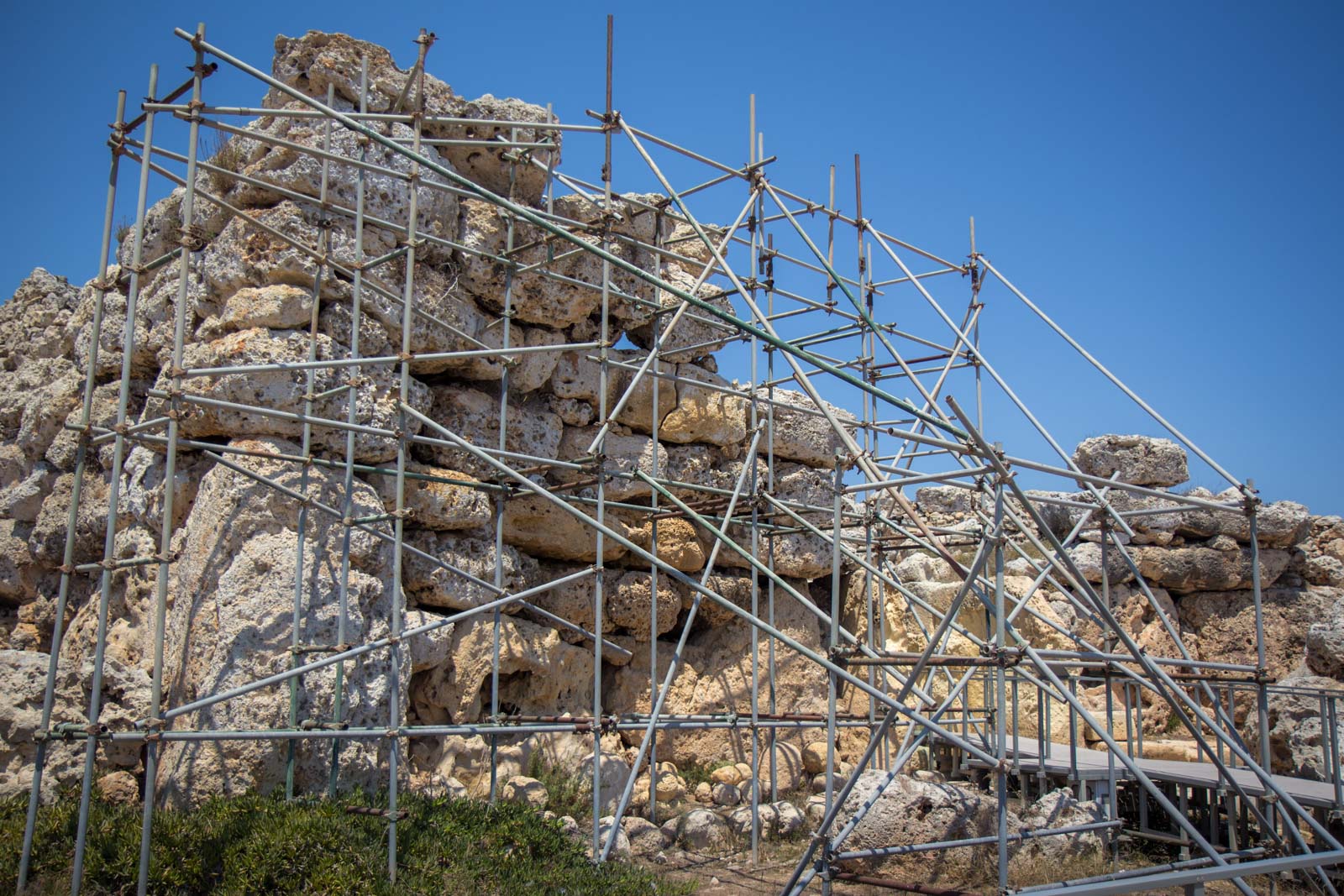 Not so up at the temples, though, where it’s all rocks and sand (save for a few lonely palms).

The structures themselves are relatively small. There are two, side by side, which are quite similar.

If you could see them from above, each would look like two ovals with a corridor cutting through them both. Walking in through one of the corridors, I look around. 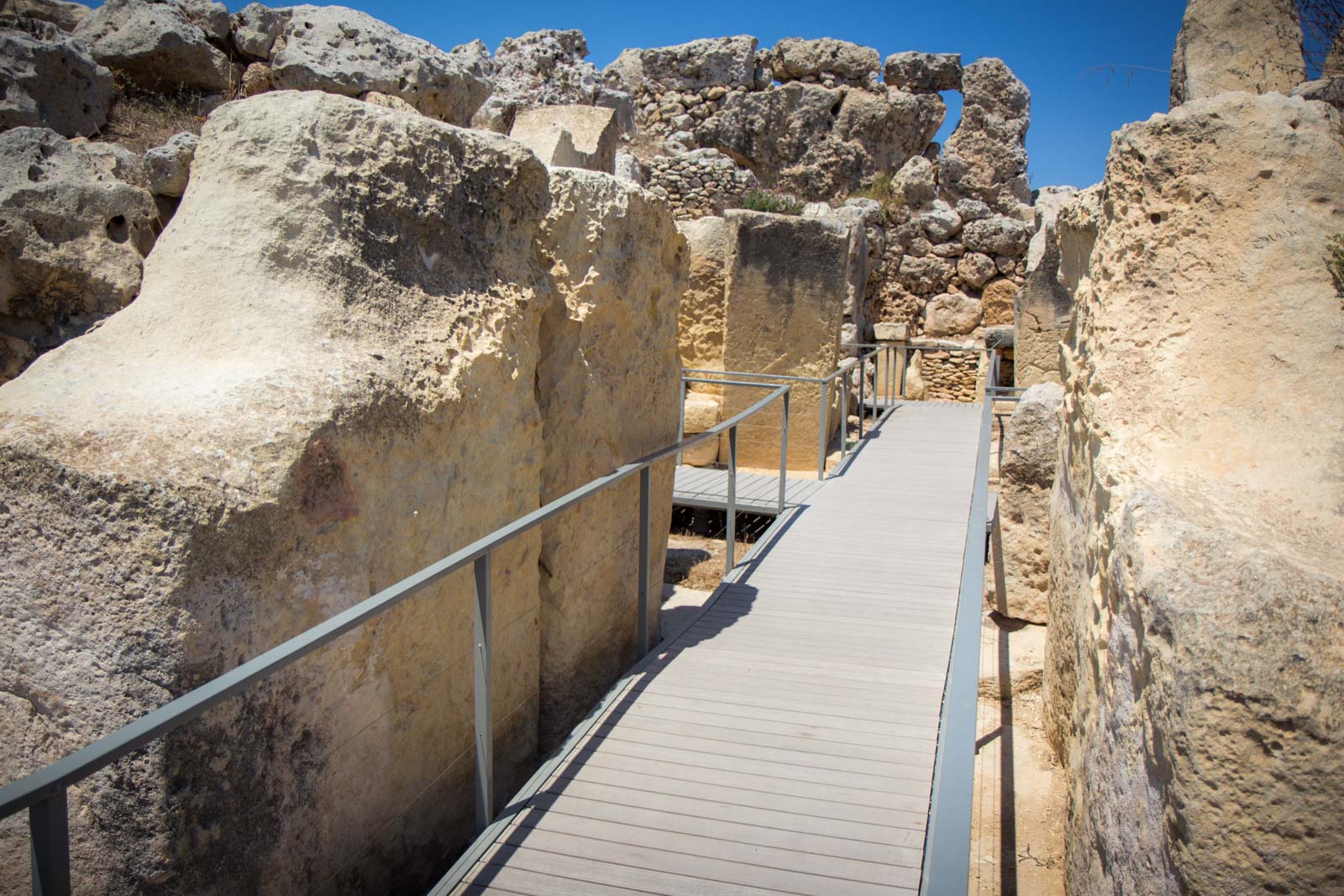 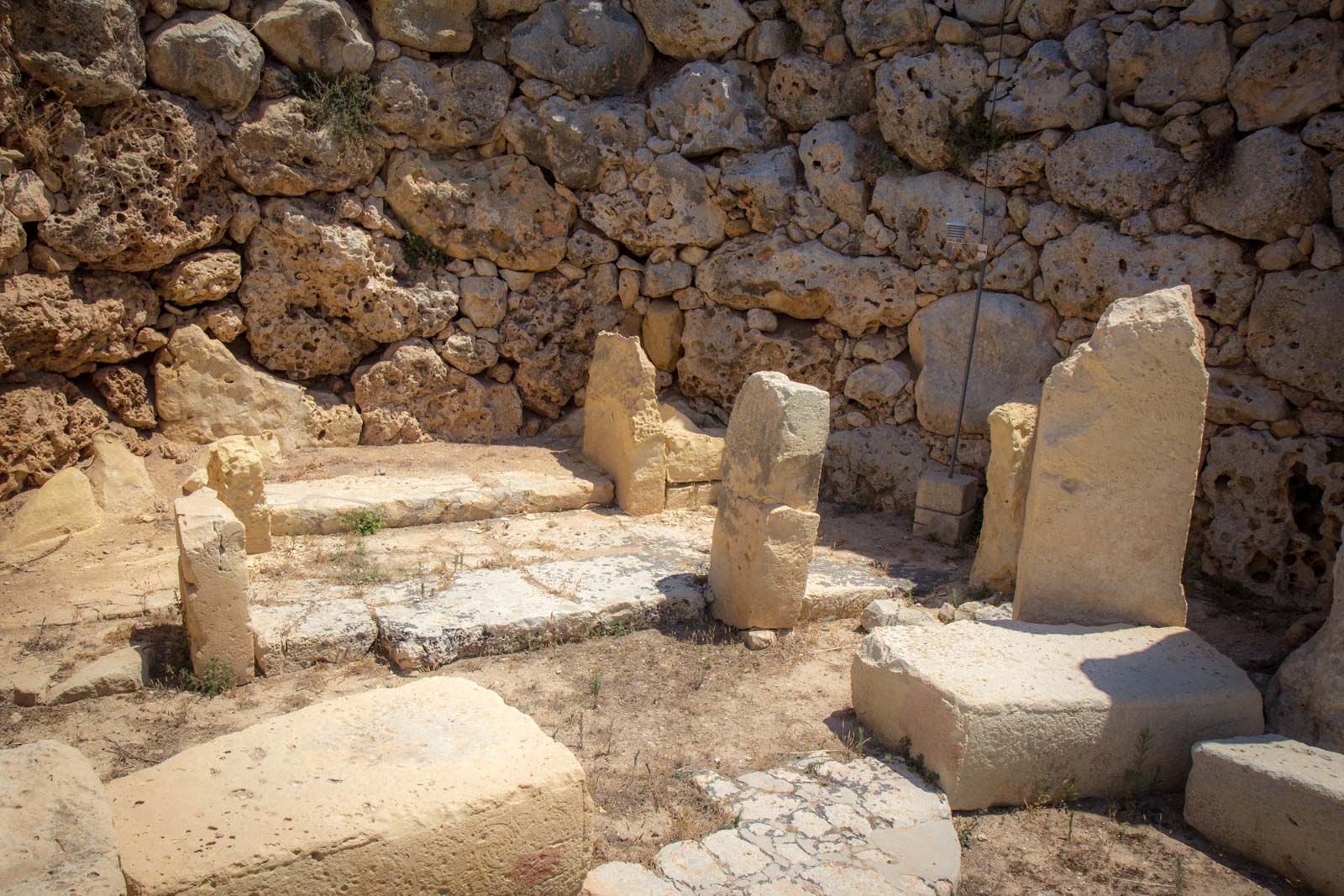 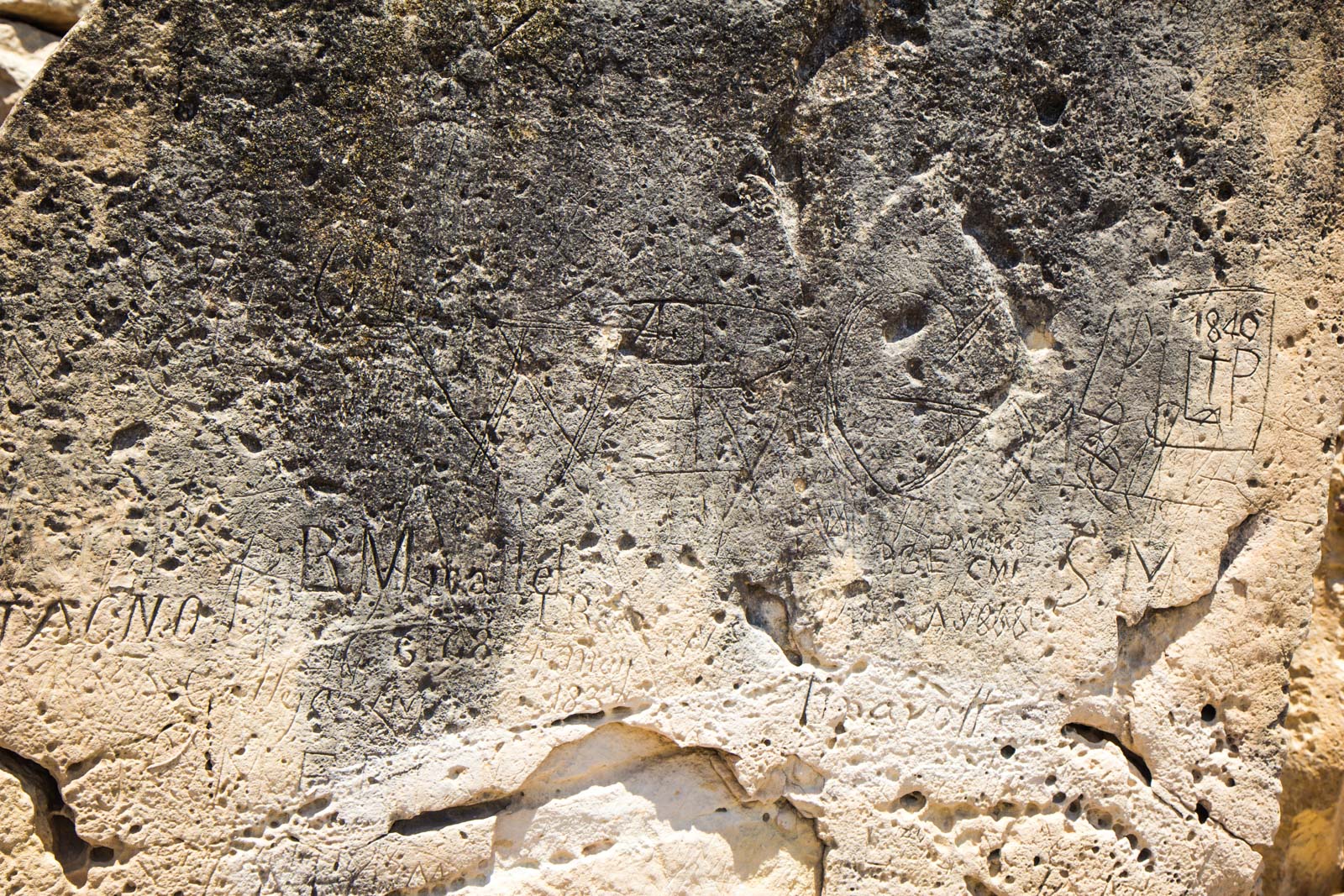 You can see the ingenuity which went into the construction, and there are some small details like a platform and a hearth. But this is not how it would have looked all those thousands of years ago. Small figurines were found during the excavation which suggest it was once decorated.

There’s also evidence that makes researchers think the temples would have had roofs and possibly the walls were plastered and painted. Archaeologists believe this site was probably used for rituals or worship by a fertility cult. 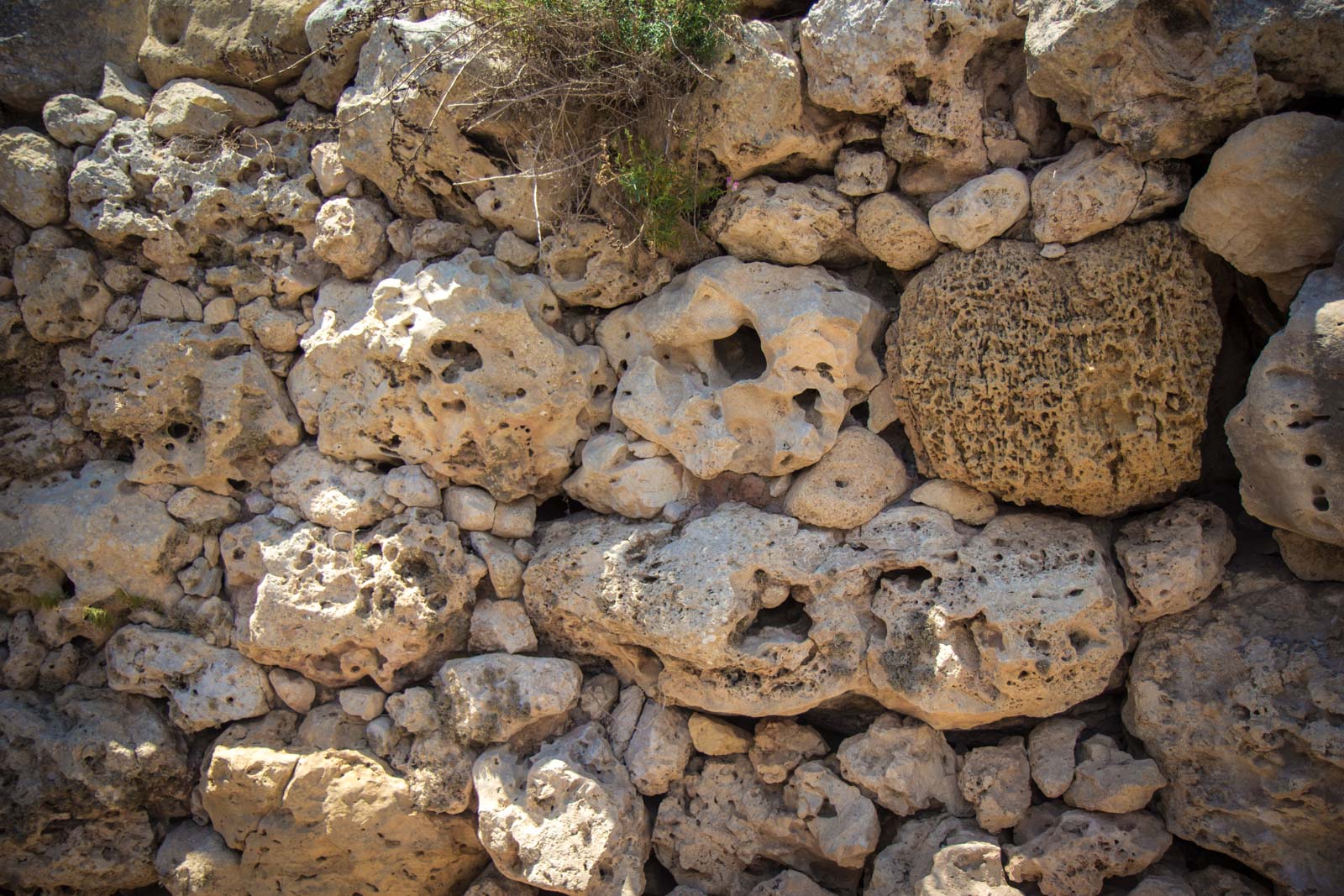 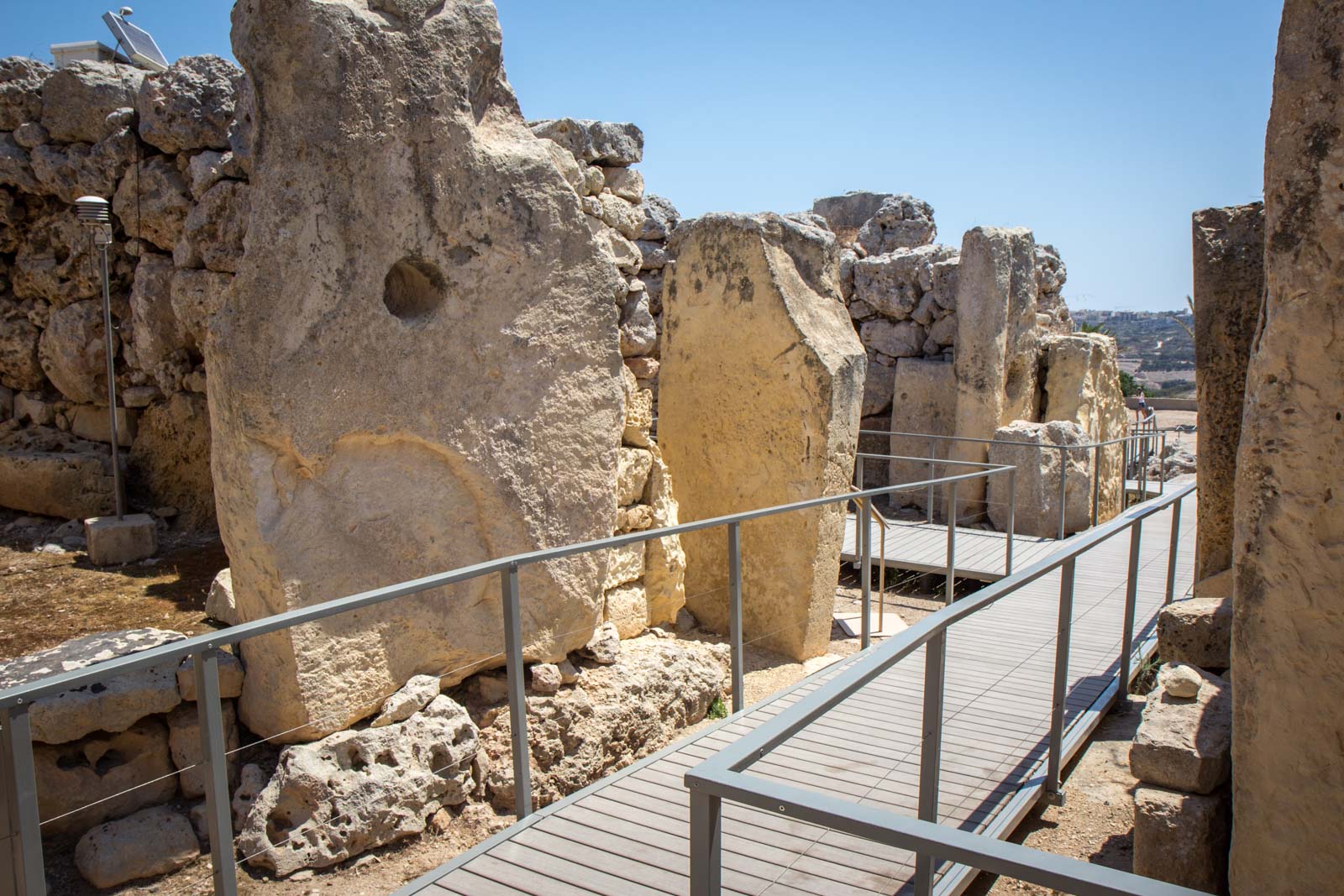 So, is Ggantija worth the effort of visiting – especially when compared to the Pyramids or Stonehenge?

Well, obviously it is not as impressive a site as those other two examples either in size or visual appeal. But as far as megalithic temples go, it is one of the best preserved ancient ones in the world – and I’ve already covered how old it is.

Just to stand inside something that was built by man 5,500 years ago is pretty extraordinary when you think about it.

For that reason alone, I think it should be on the list for a trip to Gozo. It’s not like it takes particularly long to see anyway!