Donburi is a very general term that refers to Japanese dishes where meat, vegetables or a mixture of the two is simmered together and then served over a bowl of rice. It’s a very popular style of food because it’s cheap and easy but gives you a lot of choice over exactly what you get.

I’ve already covered a couple of types of specific donburi – oyakodon and katsudon, but today I wanted to talk briefly about the whole food group… and introduce you to one of my favourites. 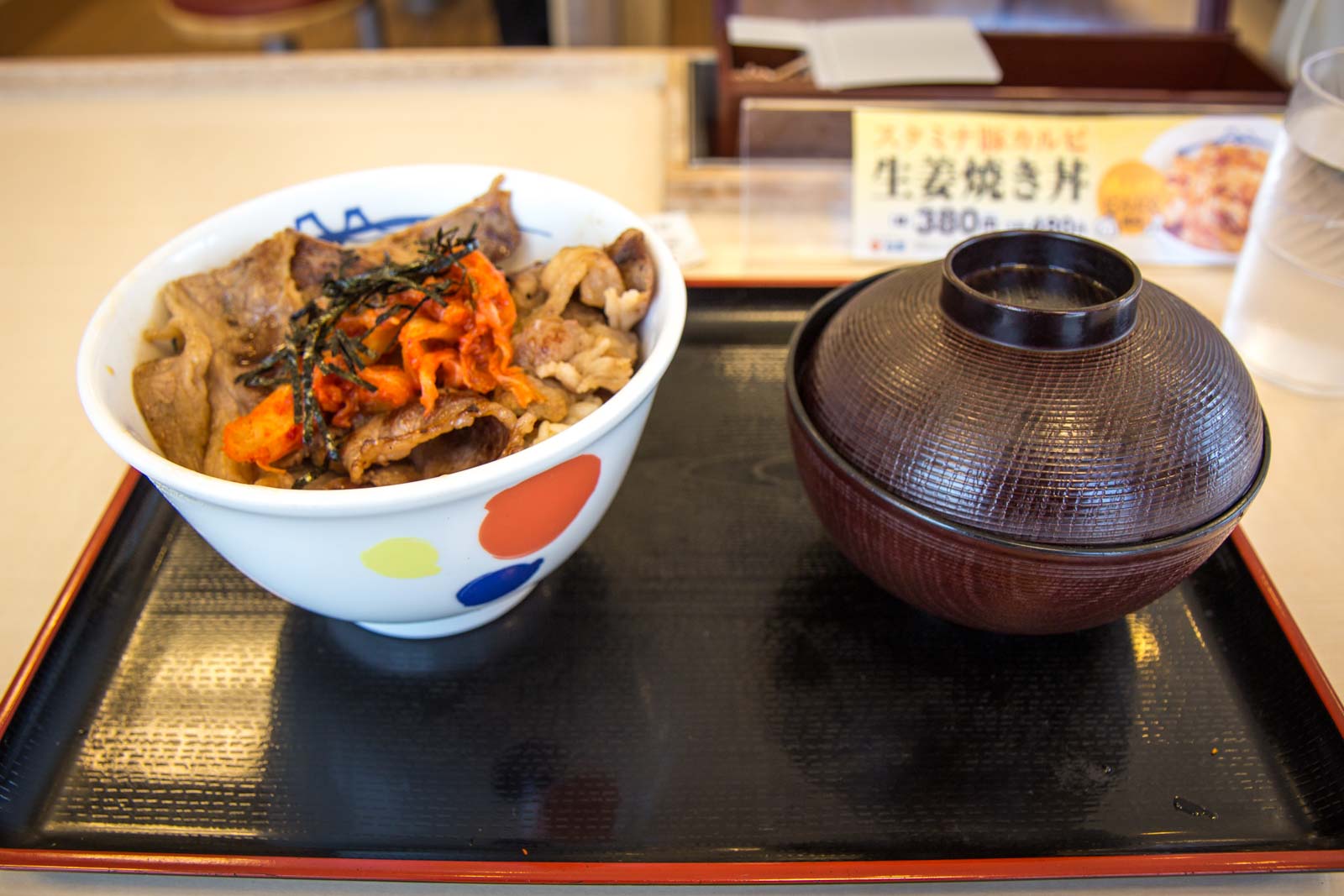 You may have noticed the ‘don’ at the end of the two meals I mentioned. It literally means ‘bowl’ and one of the signatures of donburi is that the meals are always served in a singular large bowl.

The rice is always put in first and most of the time there is enough meat and/or vegetables to cover the grains so you can’t even see the rice when the bowl is delivered to you. The sauce that the food is simmered in varies depending on the region, the season, and the preferences of the chef. But it’s normally a mixture of the Japanese favourites – soy, dashi and mirin.

It’s normally thin slices of meat and small bits of vegetables in the mixture, so it never takes long to cook.

The first donburi was apparently made with eel and was eaten at the theatre during the Edo era, a few hundred years ago. But since then, there has been plenty of innovation in what it can be served with. 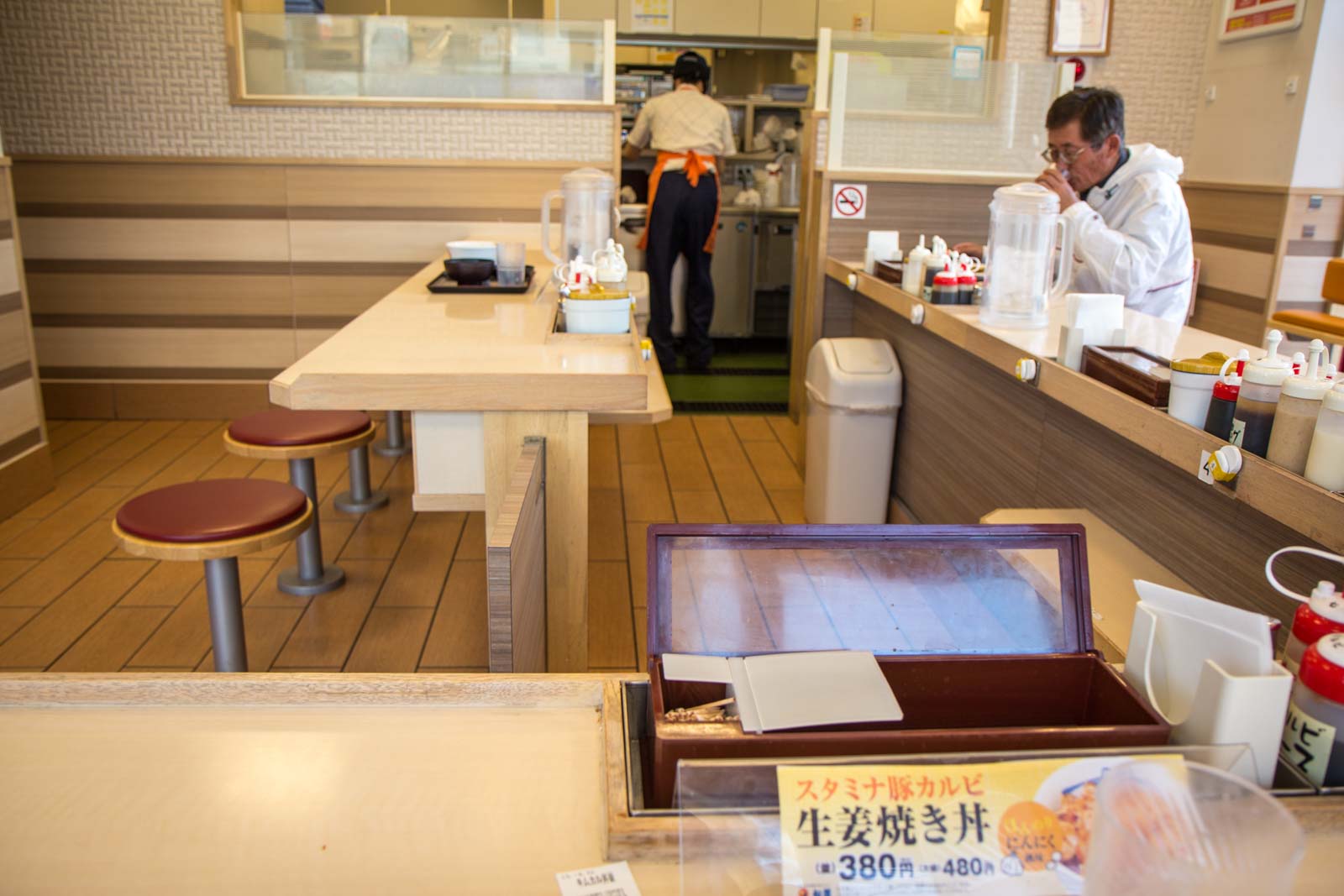 And that brings me to one of my favourites – the kimukarudon. It’s an invention by a food chain called Matsuya, which is the Japanese rice equivalent of a fast food restaurant.

The ‘kimu’ in the name refers to kimchi, the vinegared cabbage. And the ‘karu’ refers to karubi beef ribs. The combination (with a light smattering of dried seafood) is a delicious and hearty meal that you can pick up at one of the 833 Matsuya restaurants in Japan – and for just 490 yen (US$4.95).

This one is from one of their stores in the city of Nara.