Champon is essentially a noodle dish but it’s a special one that is prepared very differently and has a mix of ingredients you probably won’t find in any other types in Japan.

Champon is made by frying a combination of pork, seafood and vegetables in lard before a soup made from chicken and pig bones is added into the pan. Then the very different cooking style happens – the noodles are added straight into this mix and boiled in the soup.

The noodles are similar to the normal ramen style but are slightly different so they cook properly this way. 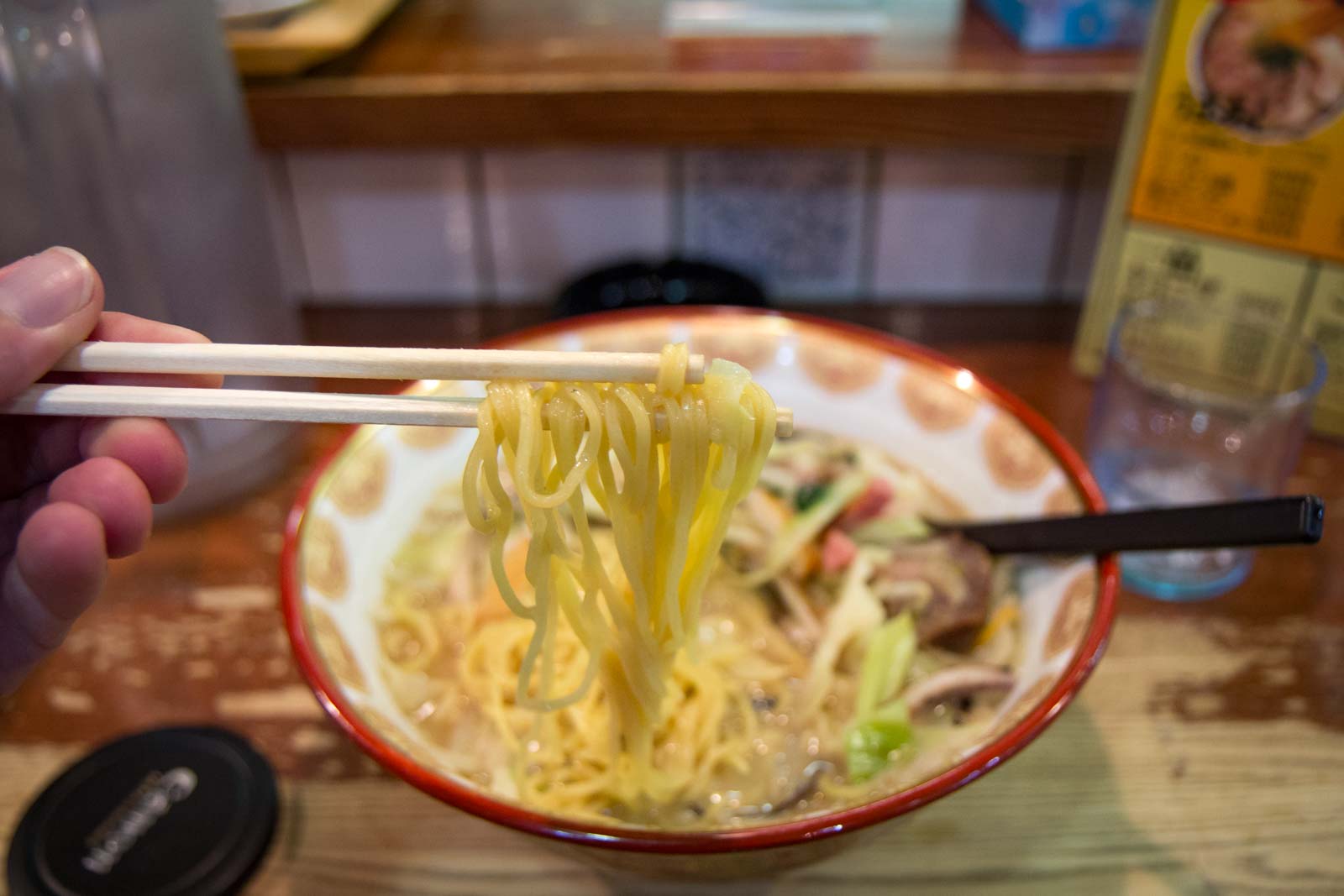 It’s based on Chinese cooking and actually takes its inspiration from a dish in the Fujian province of China. It was first served in Japan at a restaurant in the city of Nagasaki which was popular with Chinese students.

It was supposed to be something cheap and filling for them which was still Japanese but also similar enough to their native food.

These days Champon is still most popular in the Nagasaki region but it has spread across all of Japan and can occasionally be found in ramen restaurants. Because it is cooked in a slightly different way, not all noodles bars will offer it because it involves having another setup for the cooking. 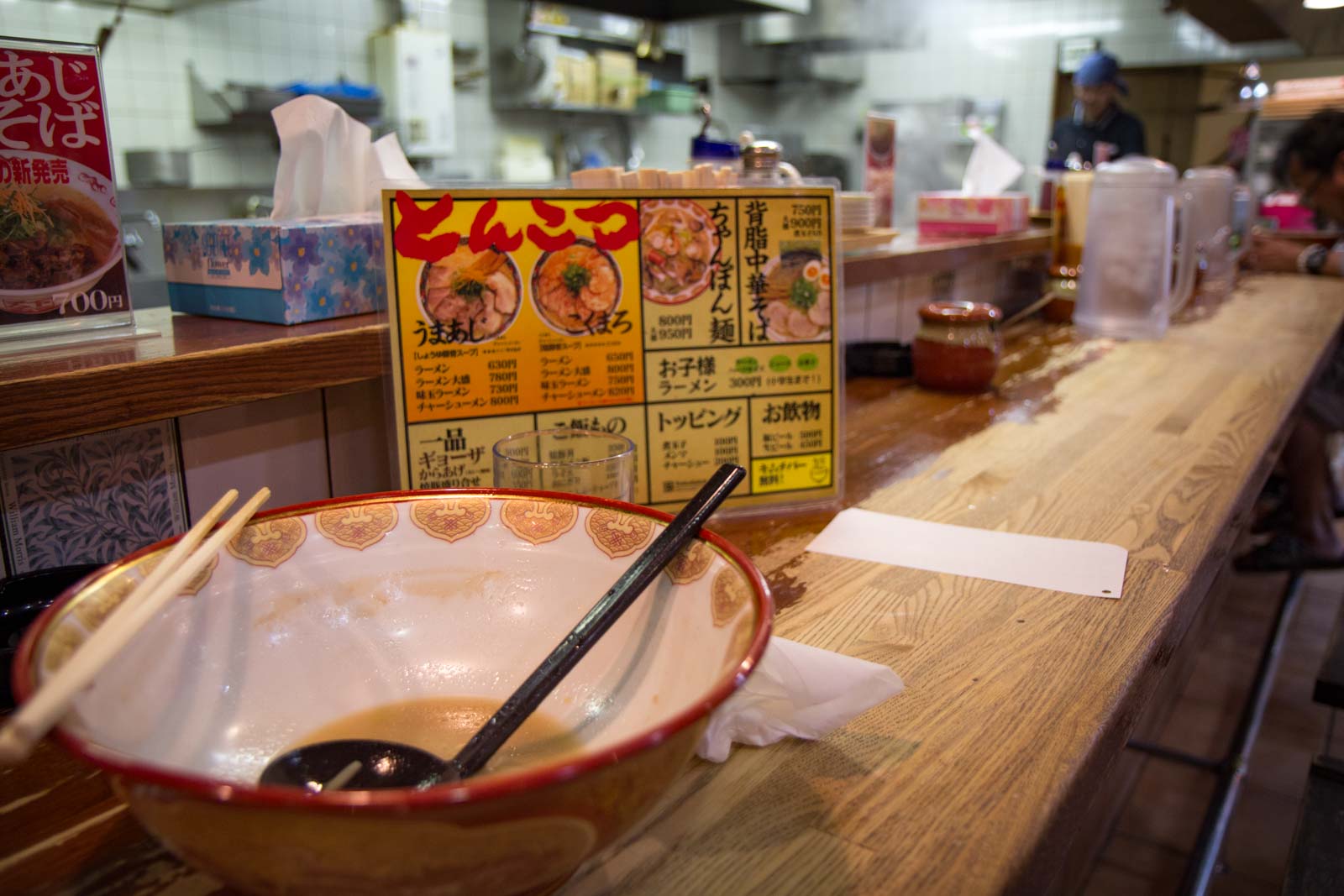 This large bowl of champon cost 950 yen (US$9.70) from a ramen bar in the Moriguchi area of Osaka. It was big, warm and extremely tasty.

As you can see, it has a wide selection of ingredients with some big chunks of pork, some prawns, octopus, tofu, bean sprouts and cabbage. In fact, there was a lot of cabbage… but it was probably time I got some more vegetables into me.