Well, the other day I said that onigiri had been my lifesavers in Japan because they were easy to find and filled me up quickly.

I failed to mention that I did always have a back-up plan which I want to tell you about today. It’s the bento.

At its very simplest, a bento is a box with a mixture of food. It’s normally considered to be a lunch meal but can be eaten at any time of the day. The mix of foods varies greatly but it normally contains a mixture of plain rice, meat, fish or vegetables. 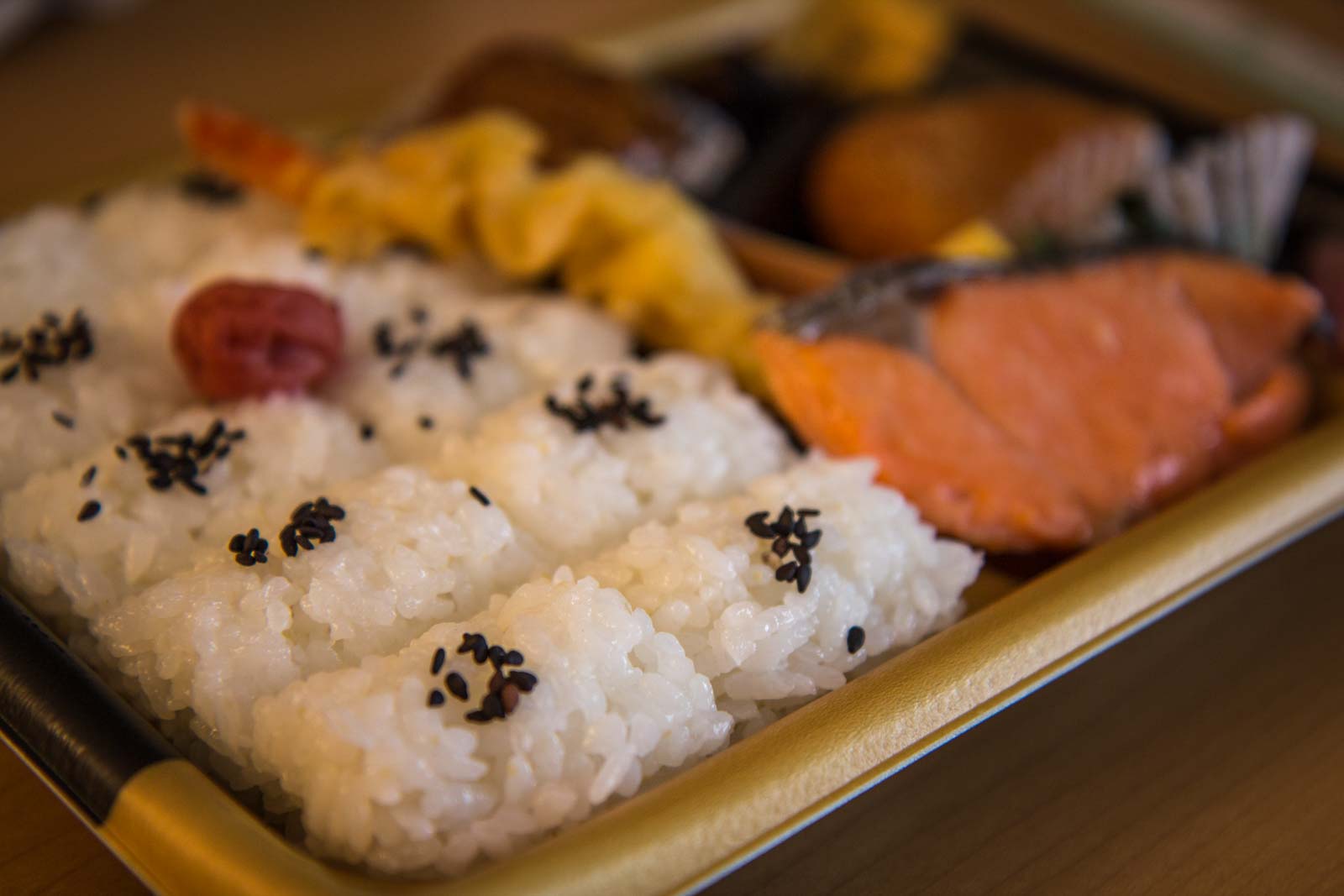 The bento apparently first appeared in Japan as early as the 12th or 13th centuries but it’s only been in the past few decades that they’ve become extremely popular again. That’s partly because of the rise of convenience stores, which are the easiest place to get your hands on one.

The traditional bento consist of wooden or metal boxes and the food combinations might be carefully put together by a wife for her working husband, or a mother for her children, or friends for a picnic.

A lot of care can go into putting together the right mix of ingredients and there have even been official competitions in Japan for bento arranging. 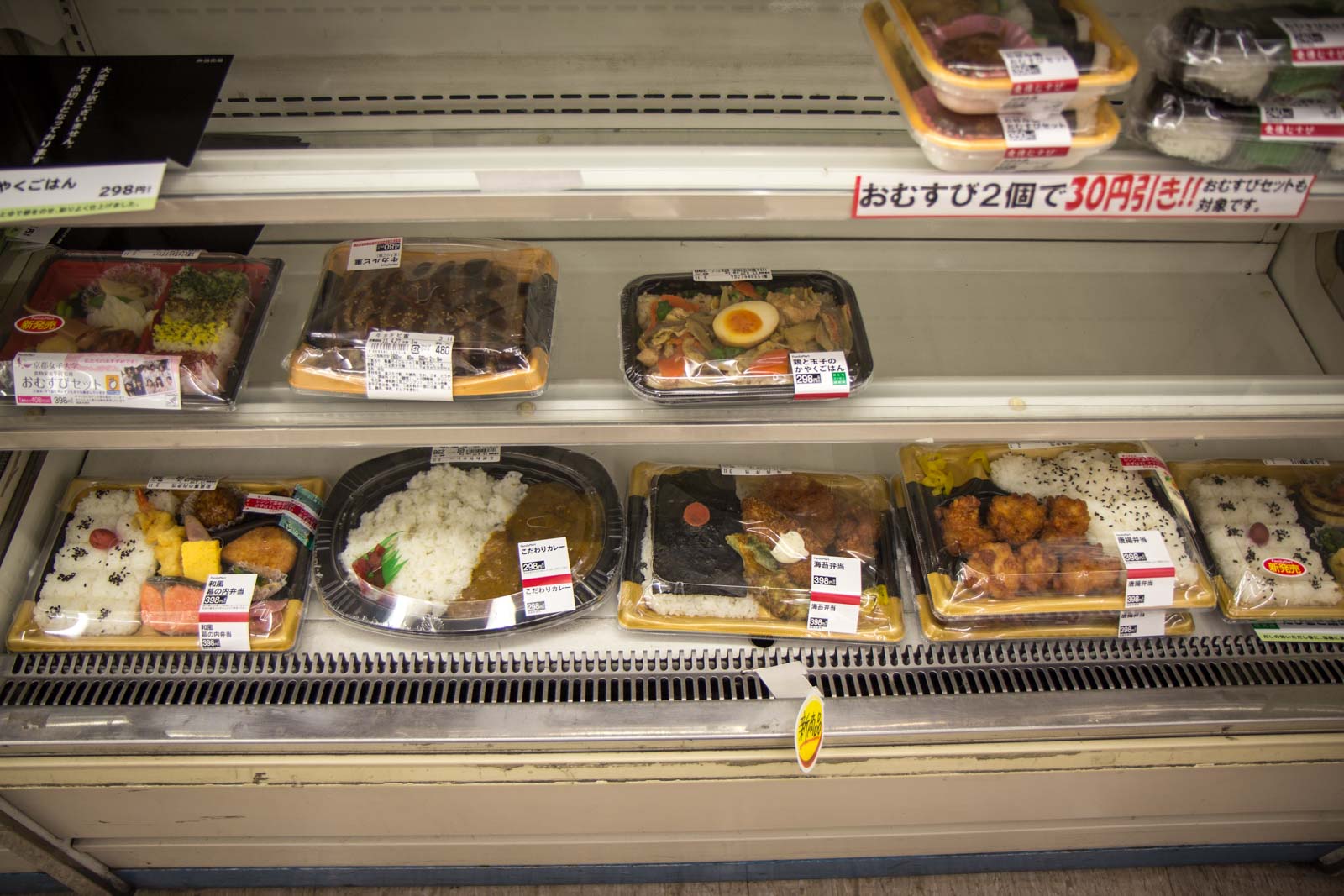 These days, though, the most common bento are the ones people pick up at a shop for a quick lunch. Here’s the one I had today which I grabbed at a convenience store for 398 yen (US$4.05).

As you can see, about half of it was made up of rice but there were also a tempura prawn, a slice of salmon, a bit of sausage, a meatball, some pickled vegetables, a chunk of tofu, a hash brown and some ginger. 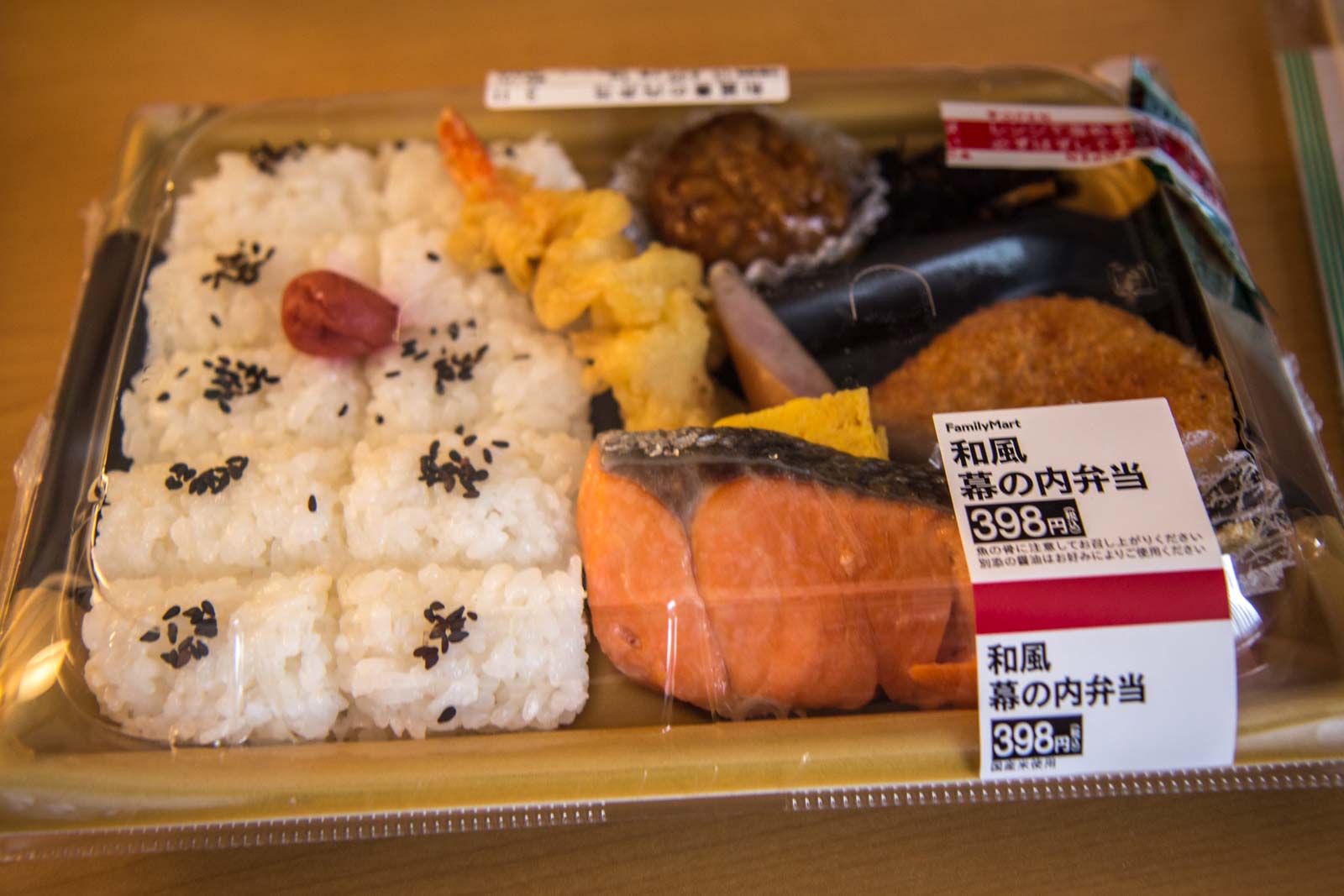 It’s nice to have a collection of different little things to eat for lunch. Sometimes a big bowl of rice or noodles can be a little heavy at that time of the day but a bento fills you up without weighing you down.

It also means you can try a few different tastes of styles of Japanese food preparation at the same time.

Thank you, bento. You’ve saved me from starvation many times!