We take a lot of things for granted today. Something that a century ago was thought to be revolutionary is today considered ordinary. That’s normal. That’s progress.

But what always impress me are the innovative things that have not just proven to be ahead of their time but have also stood the test of time – things that look like they could have been created this year but are actually from generations ago. 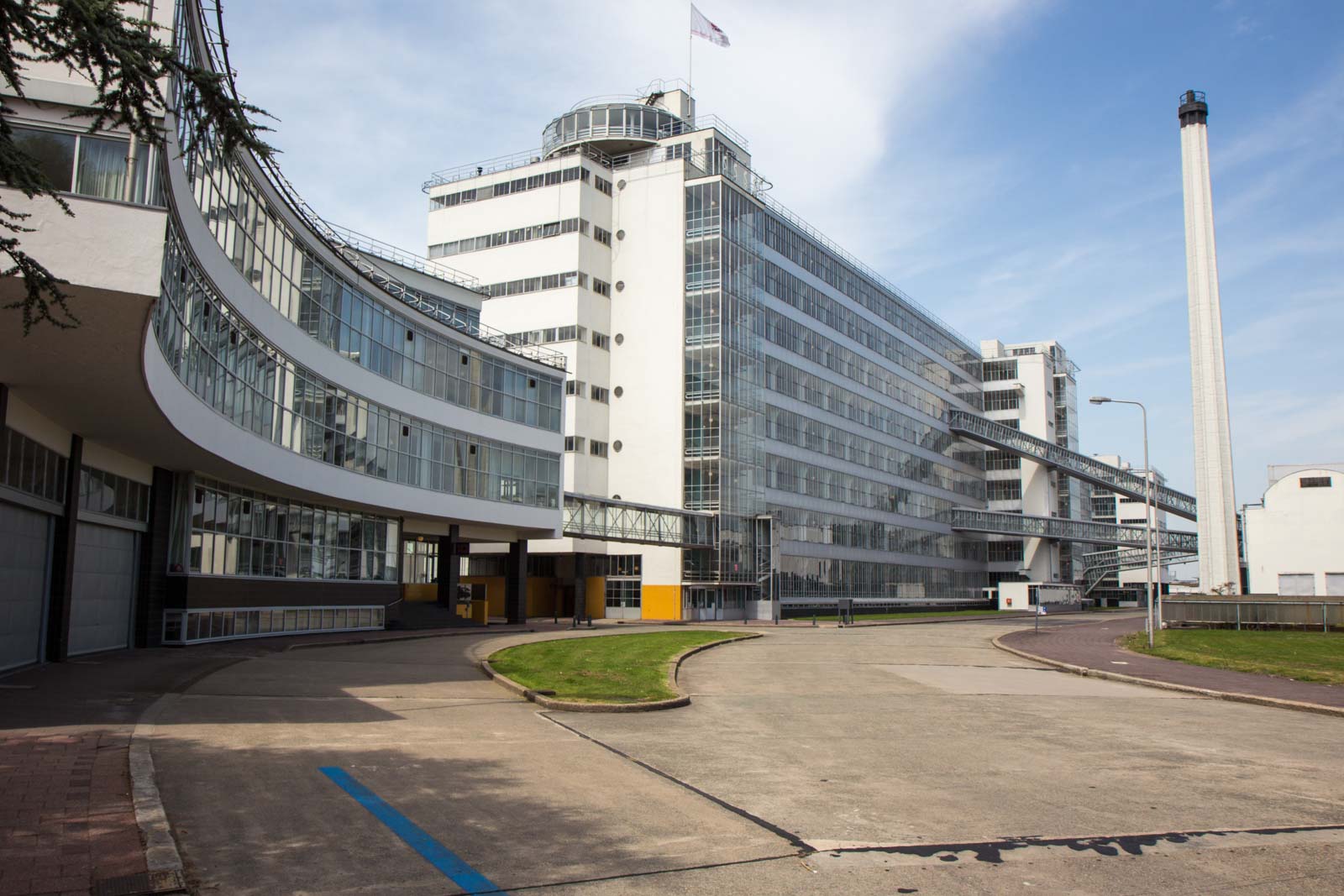 That’s why I find the Van Nelle Factory in the Dutch city of Rotterdam so impressive. It’s an enormous steel and glass construction that was designed and built in the 1920s but is still one of the masterpieces of a city that is renowned for its architecture.

Its addition in June to the World Heritage List is a testament to its leading influence in the modernism movement. 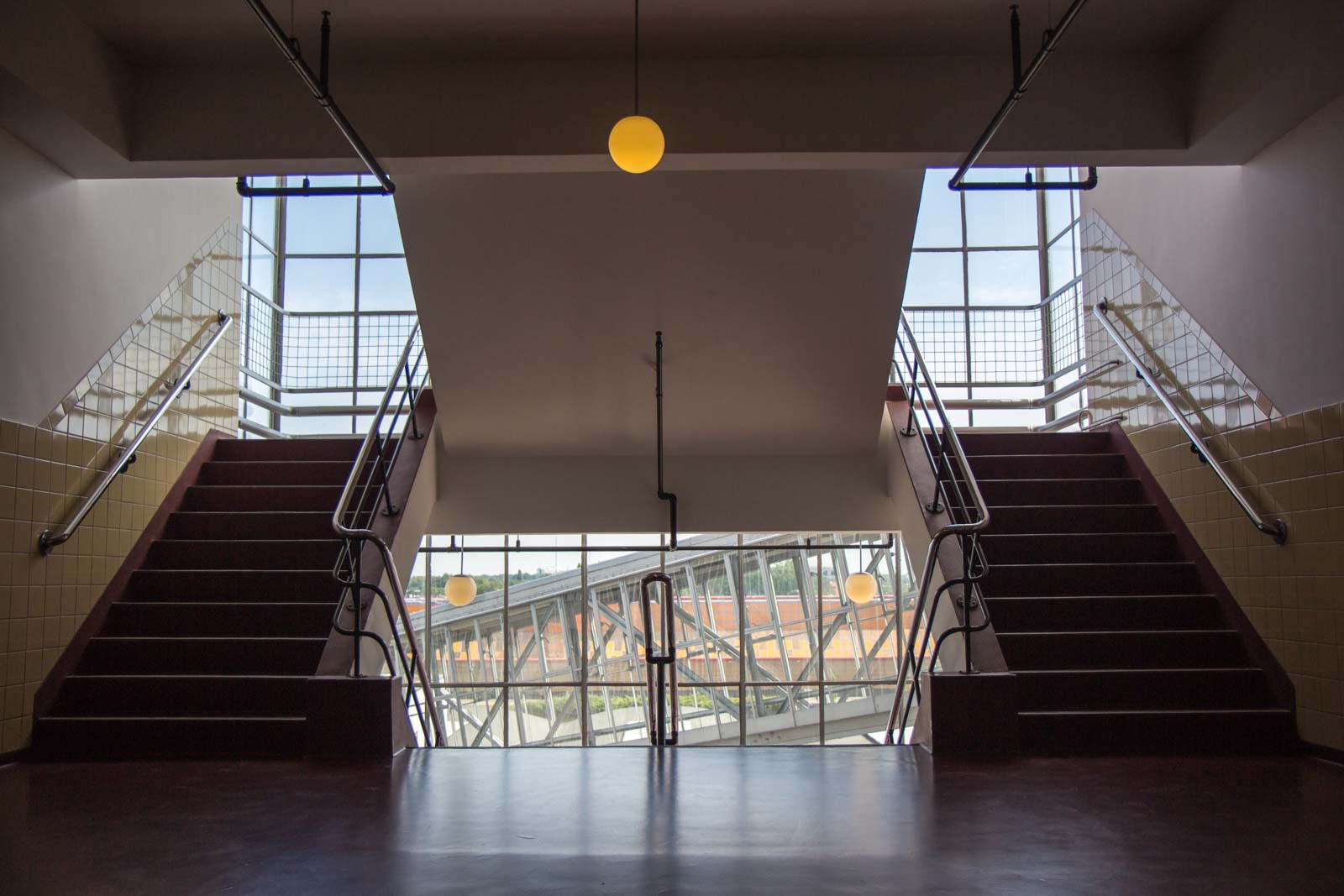 When it was built almost 90 years ago, the factory was used for processing, packaging and dispatching the three main products of the Van Nelle company – coffee, tea and tobacco.

hree main sections, all slightly different heights and sizes, show how the products needed different amounts of space and the building was designed so there was no redundancy. 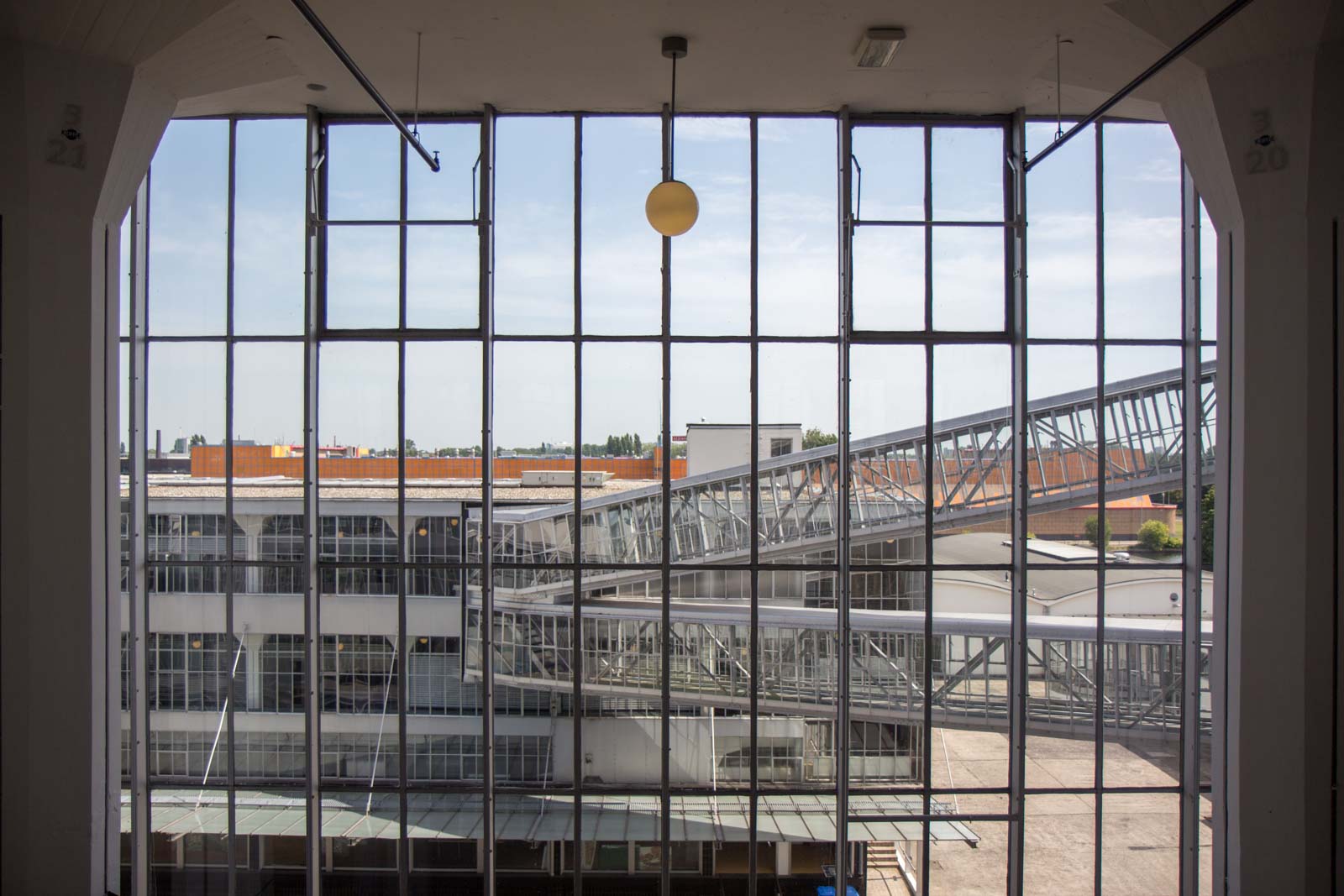 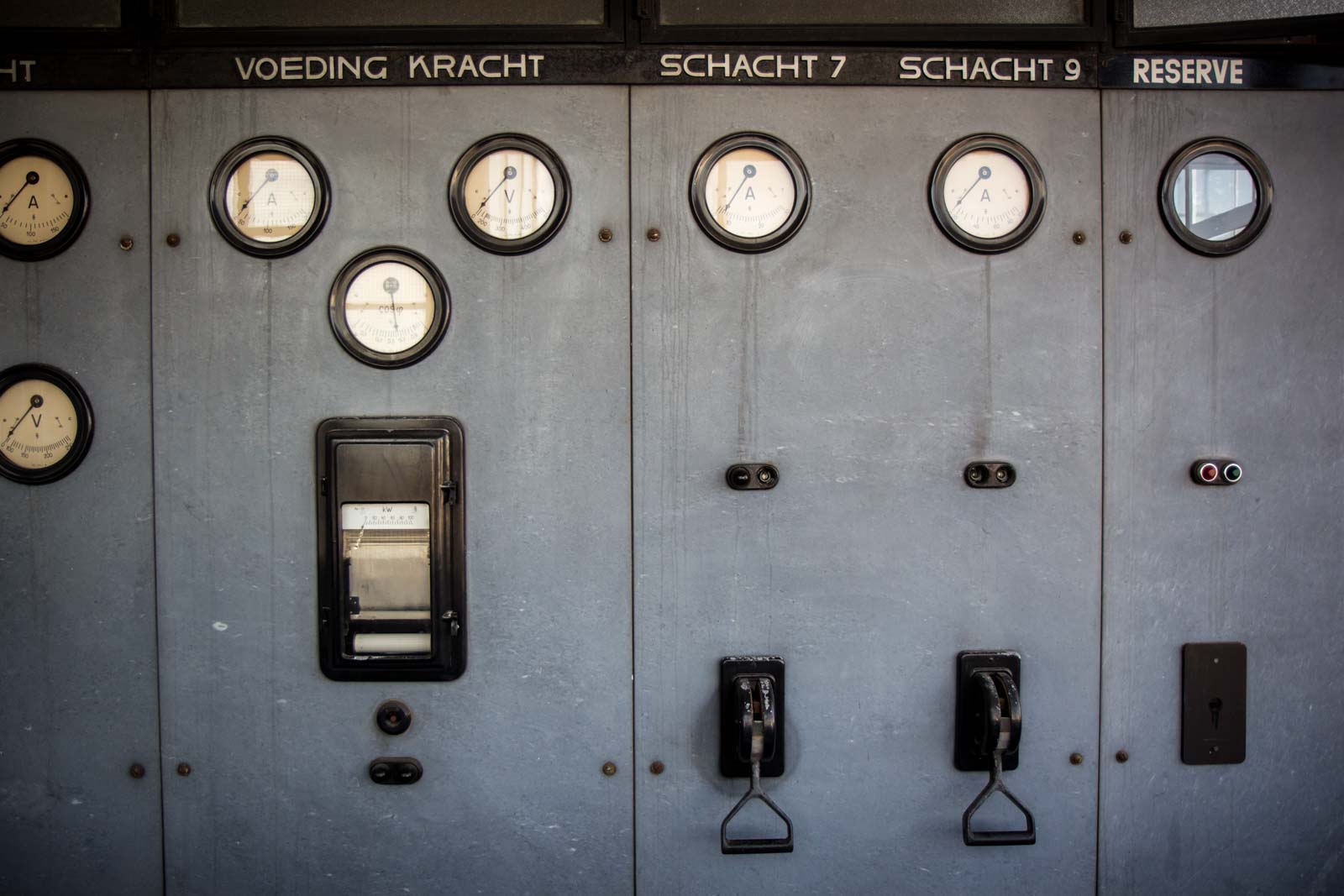 From the outside, the building shows the start of a new phase of architecture across the world. Large glass windows, steel, concrete and a mix of right angles and curves to create a flowing structure that merges the factory and its environment.

The Van Nelle factory also has the additional feature of covered inclined ramps that connect different buildings, almost like the boarding paths of an ocean liner (appropriate for a city so famous for its port). 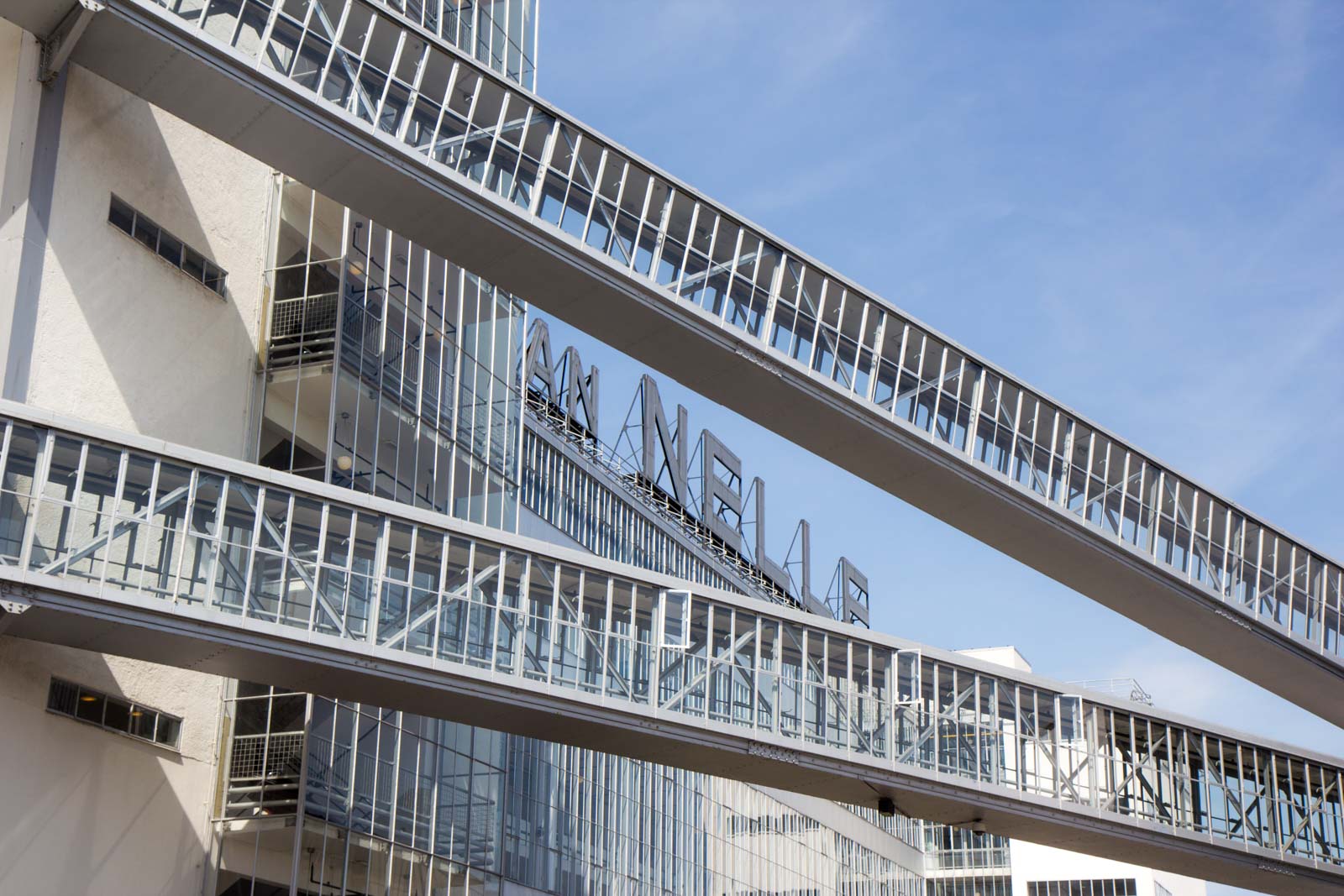 The inside is where the most innovative elements lie, though. The company placed an emphasis on their workers – both as people and as cogs in a business. It was a humanist approach within a traditional corporate structure.

The designers put in shower blocks during a time when hot running water in homes was not common; traditional partitioned sections were abandoned in favour of a free-flowing workspace that felt more comfortable; natural light was embraced; airflow was a priority; and gardens were placed around the exterior as an escape during workers’ breaks. 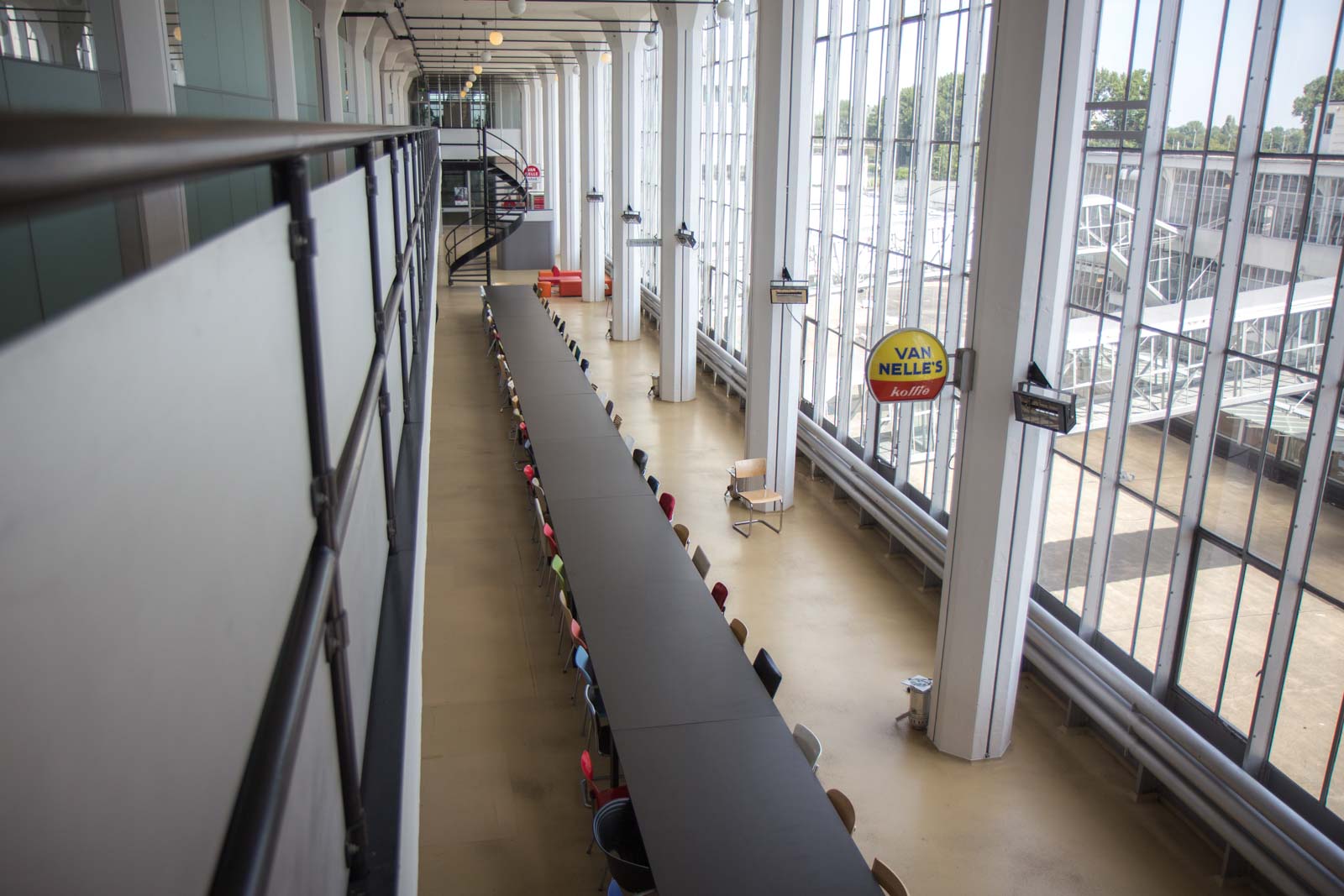 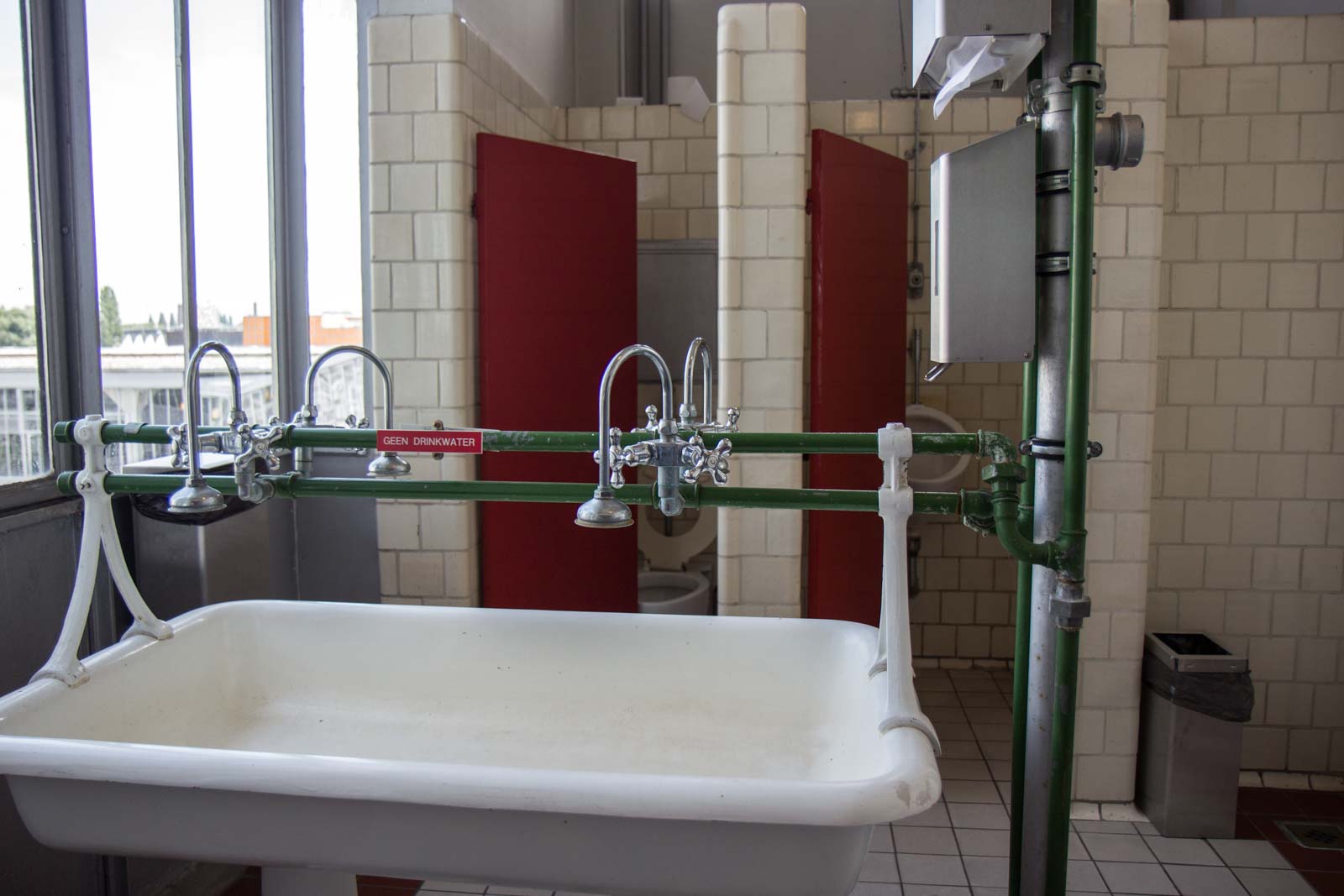 But there were also design elements intended to influence the behaviour of the workers.

And separate floors for men and women with staircases for each gender kept males and females apart so there would be no harassment (generally the women working there were young and this was mainly to protect them). 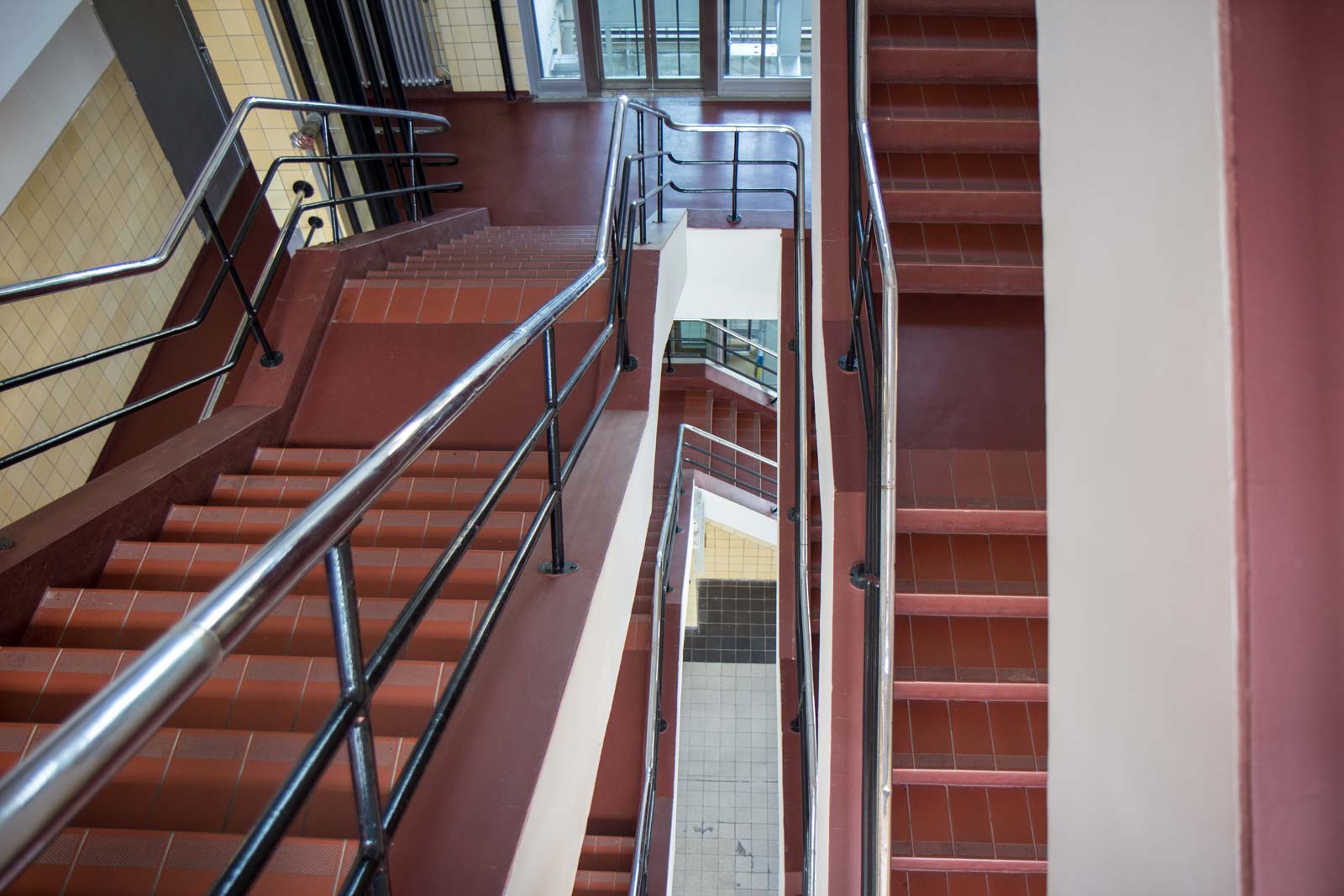 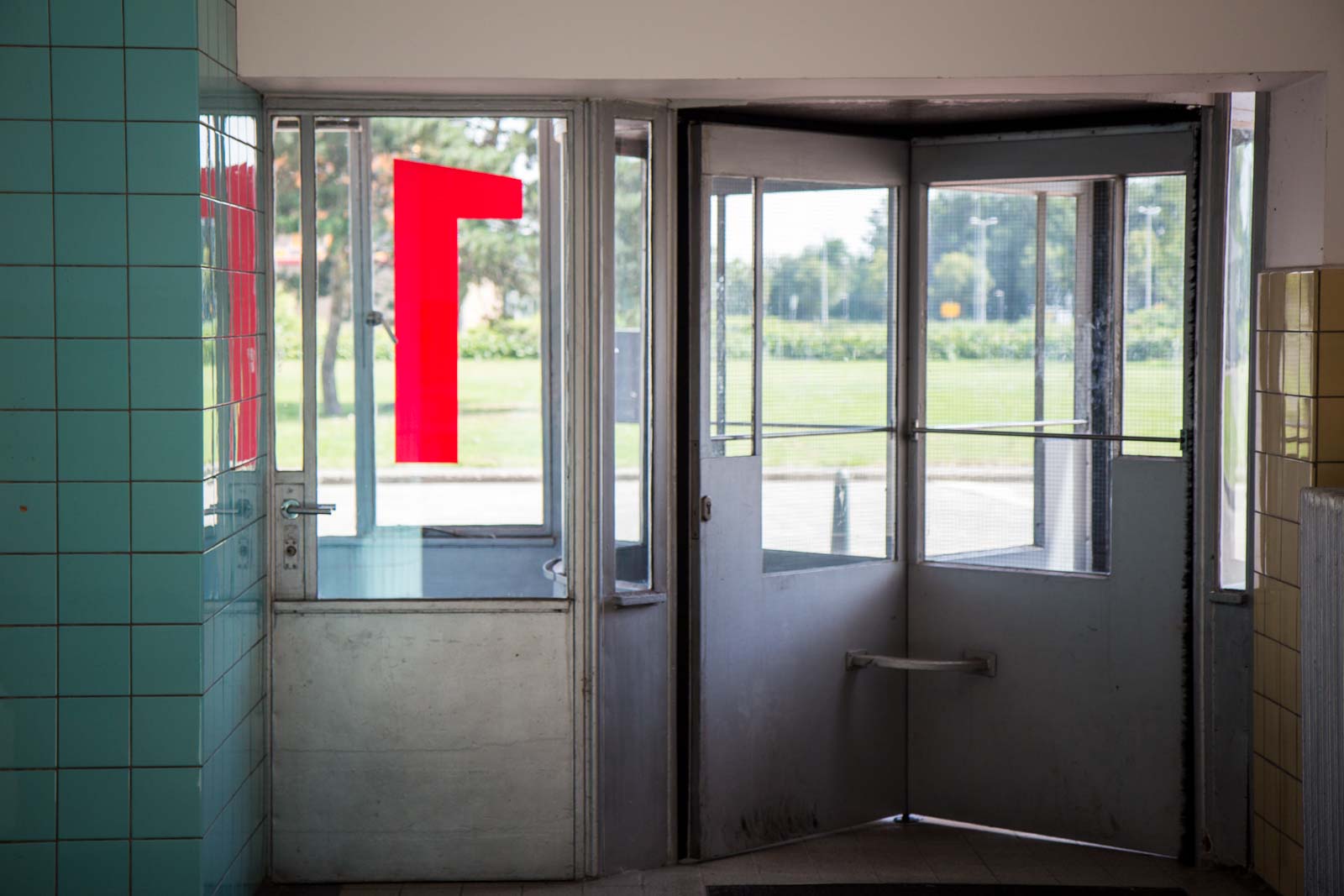 The Van Nelle factory was in use until the late 1990s but when the company decided it was no longer needed, its future was unclear. There was a period when demolition was an option but there were plenty of people who recognised its historic value.

In 1998 it was decided to turn it into a space for small companies to use as offices – mainly those with a link to the design industry. For a building that represented such a transformative and innovative period in architectural design, it was particularly appropriate.

That’s still what the site is used for today. 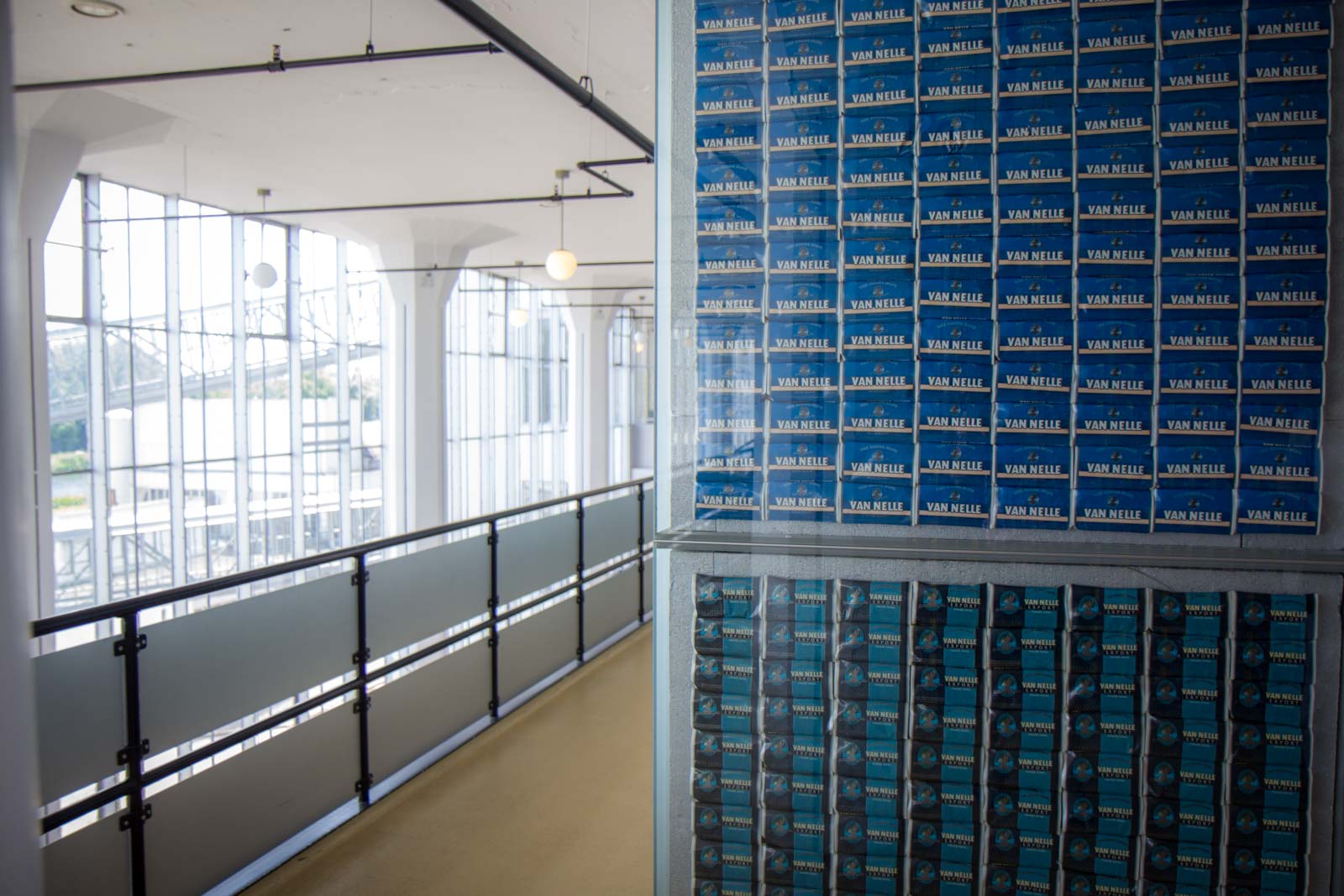 It is possible for visitors to see the inside of the factory building but only with prearranged tours. They can be booked through Rotterdam Archiguides.

My guide on the sunny summer morning I visit is Hester Poortinga, a young Dutch woman who has just finished her architecture studies. It’s fun to see and hear about the building from someone who can look at it from a professional perspective.

She not only paints a broad picture but points out the small details I would otherwise miss – the holes in the columns where lights or temporary walls can be attached, for instance. 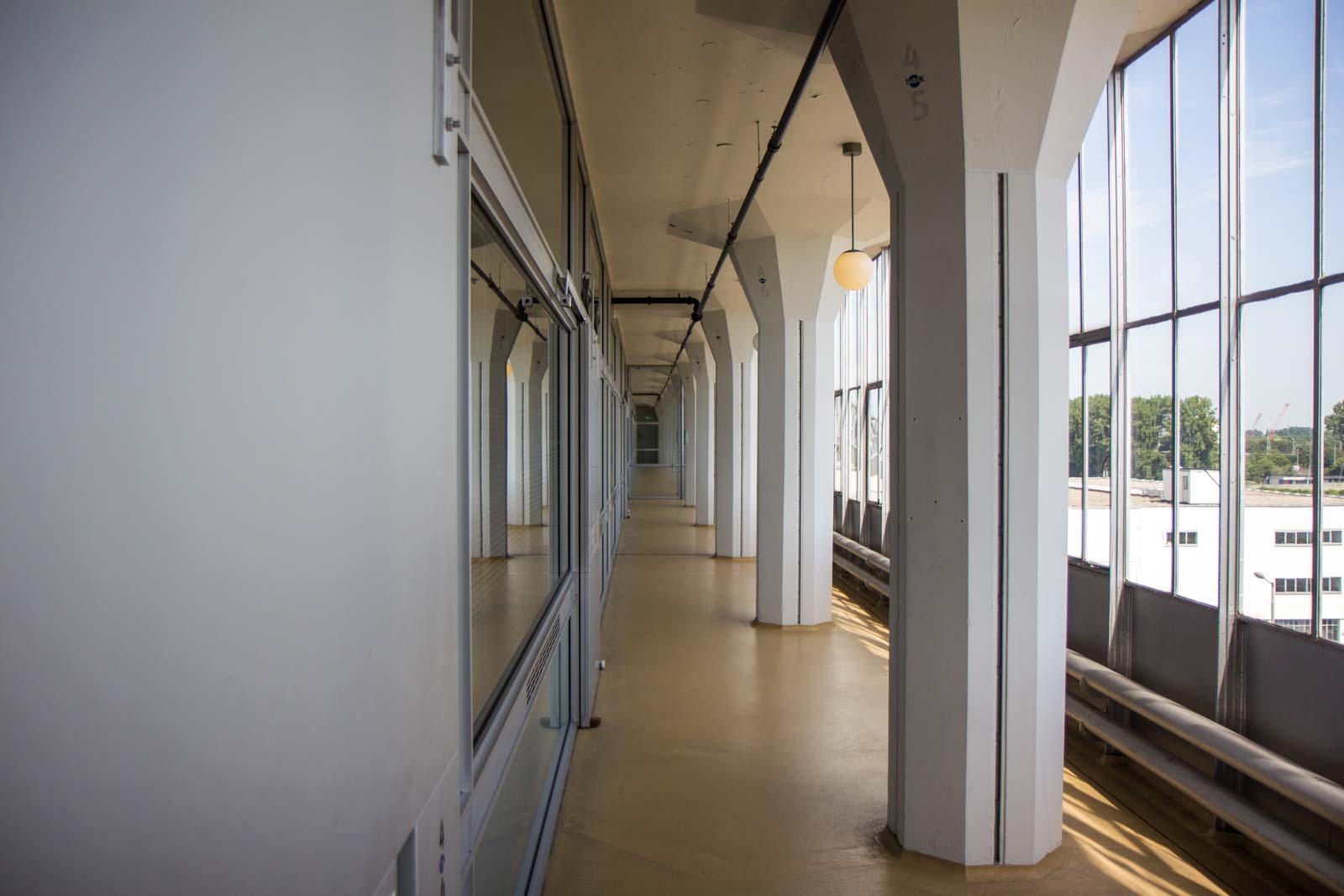 Although the current offices feel contemporary and look like a very cool place to work, the heritage has not been lost.

The exterior looks just the same and all through the inside are tributes to the original owners and design. The different sections of the building are still named for their original uses – tobacco, tea and coffee.

The Van Nelle Factory has truly stood the test of time. Innovative in the 1920s and still cool today in 2014. It deserves to be on the World Heritage List but it’s part of a cultural heritage that is not yet pure history.

Time Travel Turtle was a guest of Rotterdam Marketing but the opinions, over-written descriptions and bad jokes are his own.

WANT TO KNOW MORE ABOUT THE NETHERLANDS?

To help you plan your trip to the Netherlands:

You may also want to consider taking a tour of the Netherlands, rather than organising everything on your own. It’s also a nice way to have company if you are travelling solo.

I am a ‘Wanderer’ with G Adventures and they have great tours of the Netherlands.