Move over Masterchef, Iron Chef and My Kitchen Rules. There’s a new cooking competition in town and it’s happening right in front of my eyes.

Two great chefs, pitted against each other, are battling for my stomach. Two appetizers, two entrees, two mains and two desserts.

At the end of the meal a decision will be made on which menu was better. There will only be one winner, one loser, and one very full belly that can’t decide if it’s a winner or a loser. 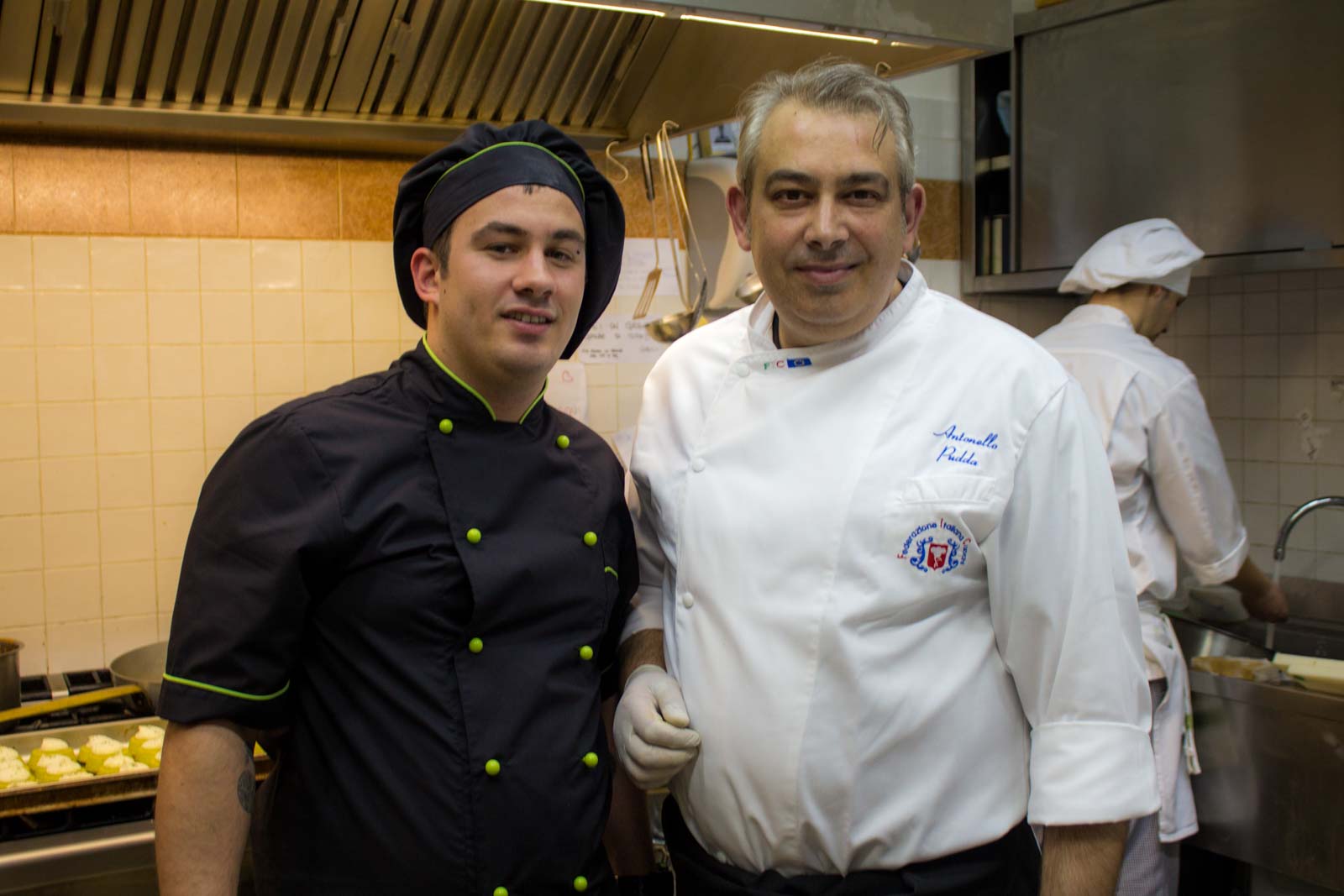 Tonight I am a guest at the Antico Casale di Monte Gualandro hotel and restaurant in rural Umbria – near Tuoro sul Trasimeno to be exact.

Our host, Vittorio Viterbi, had spent the day with us, a group of travel bloggers, but now he has changed out of his casual clothes of daylight hours and into a suit.

The event is a surprise and most of us feel rather underdressed for the occasion. Even the tables have on better clothes than me. 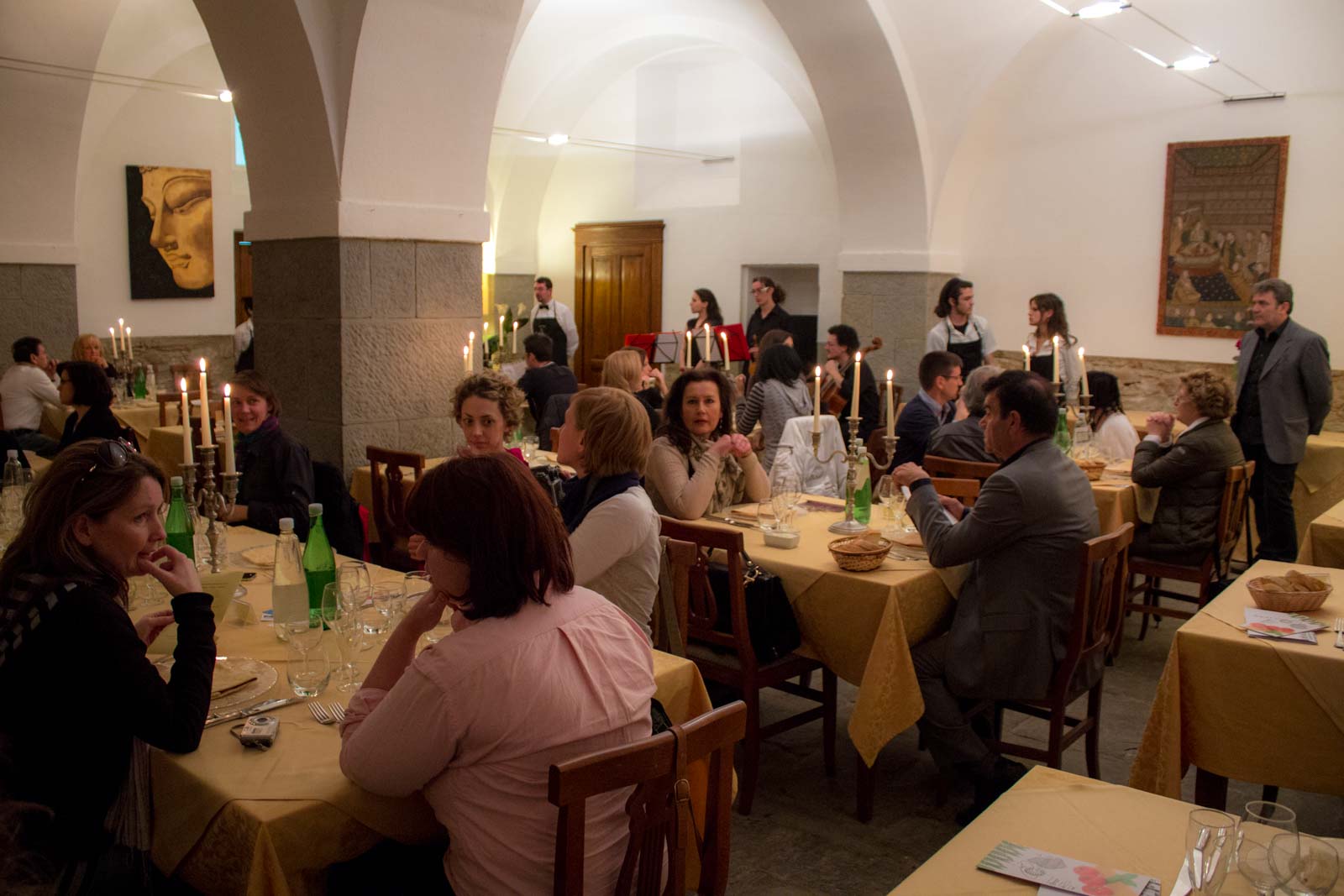 That’s irrelevant inside the kitchen, though, where the two chefs are competing for the prize (of which no physical reward exists) and also sharing a workspace.

The meals for the forty or so guests are prepared, cooked and plated on top of the others as they both use a kitchen designed for one. The pressure isn’t limited to the judgement in the restaurant but extends to the situation in which they make what they’ll be judged on.

The chefs of Ristorante Antica Posta per Cortona 1745 in Umbria and Ristorante Il Cavalluccio in Sardegna, head to head and shoulder to shoulder. As the eight courses go by, a few belt buckles are loosened. The food seems never-ending.

Animals, apparently, usually eat everything in front of them because they never know when their next meal will be. We are anything but animalistic and most people start to leave courses unfinished, unsure of when our current meal will end.

As it so happens, the meal – and the competition- comes to a close just as stomachs are about to hit breaking point. Quality is a pleasure but unfortunately quantity sometimes tries to spoil the party.

So, with a heavy heart and an even heavier stomach, the time comes for us to choose a favourite. 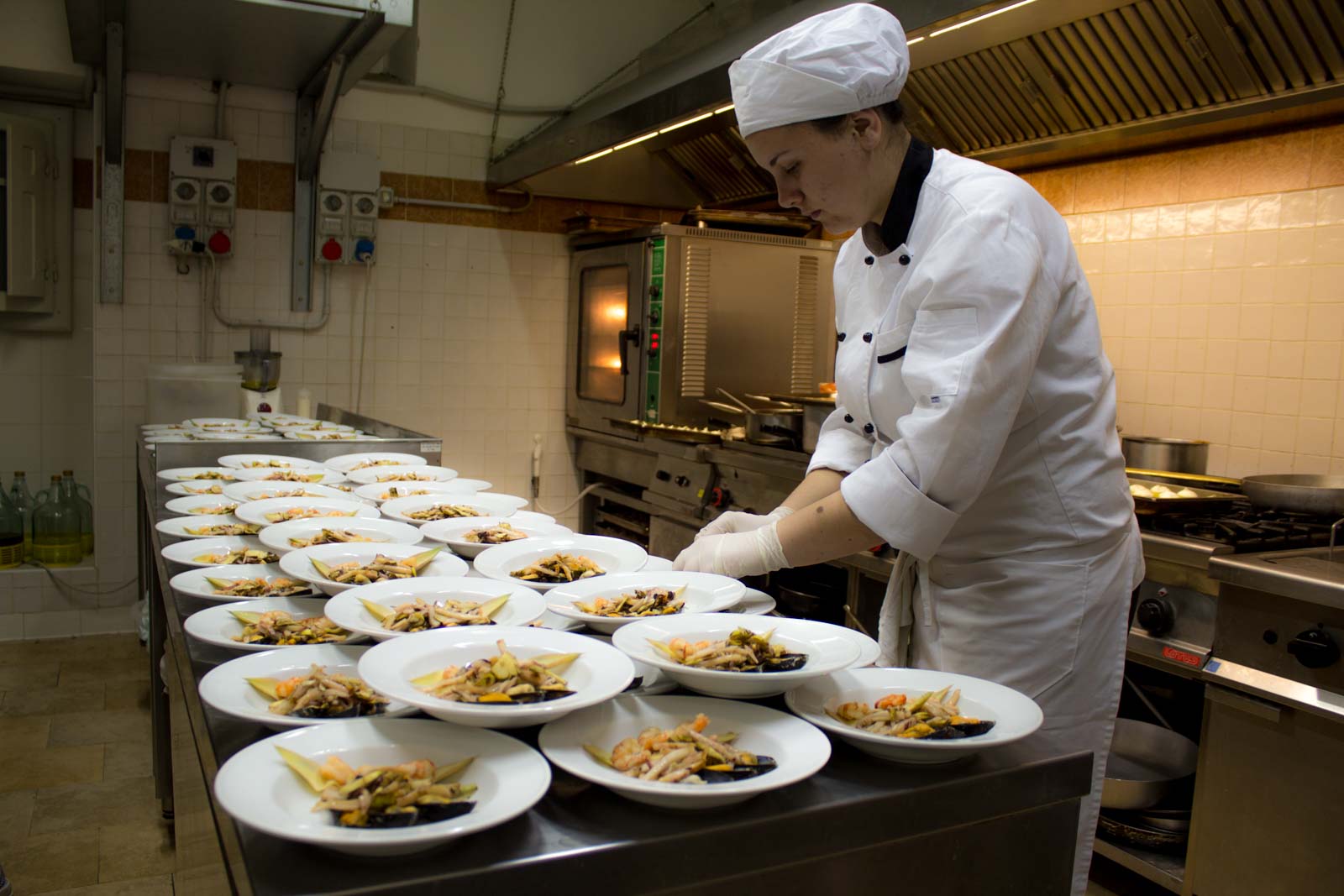 The two chefs emerge from the kitchen to much applause. Declarations are made in fast and rich Italian. There is more applause. I grab Vittorio Viterbi and ask him who won.

Unfortunately you don’t have the chance to taste the dishes. I say ‘unfortunately’ because most of them were absolutely delicious and some of the finest examples of Italian cuisine you could try.

Below are the menus with my photos of the individual dishes. Which do you think you would’ve chosen? 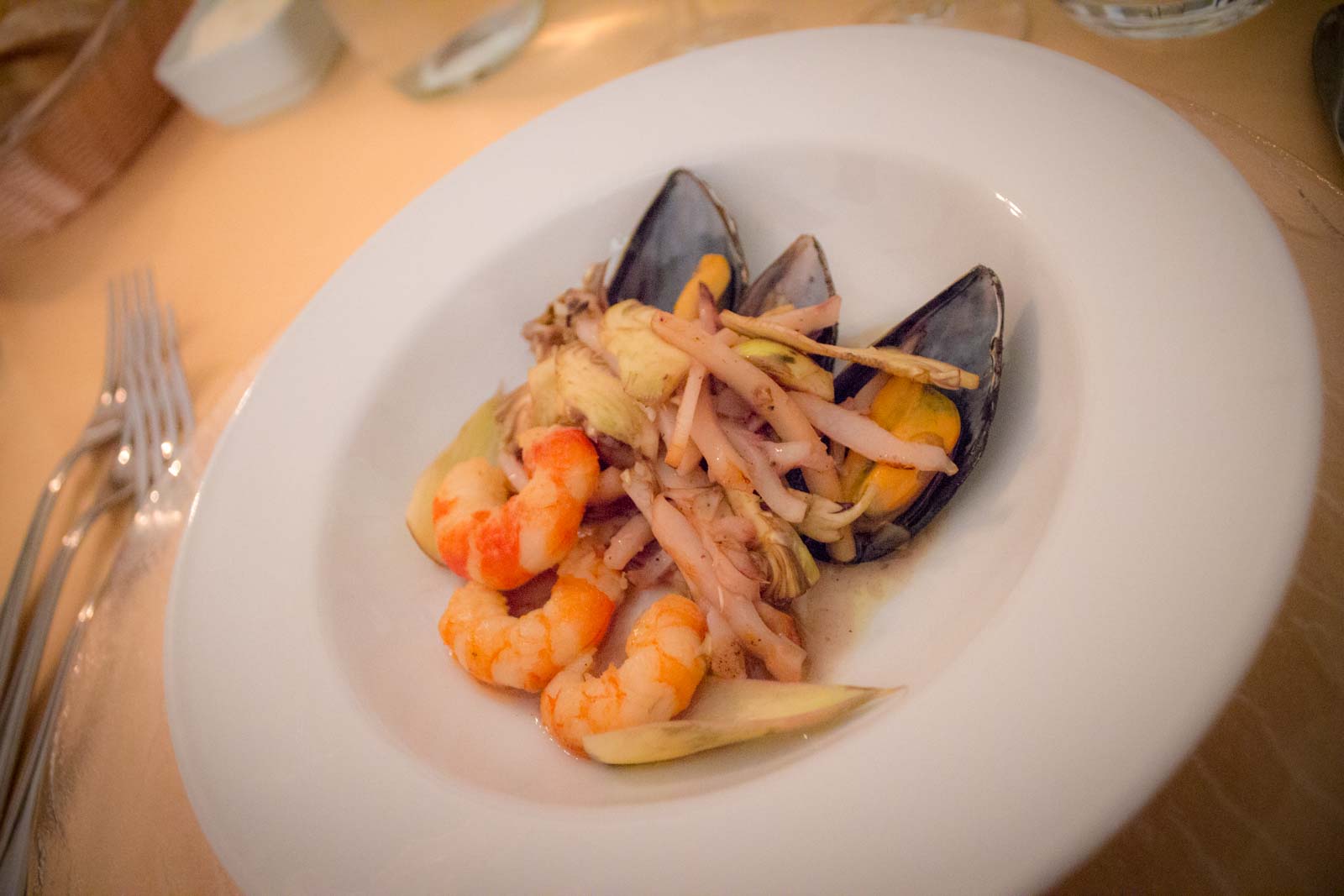 The dentex meet the wine 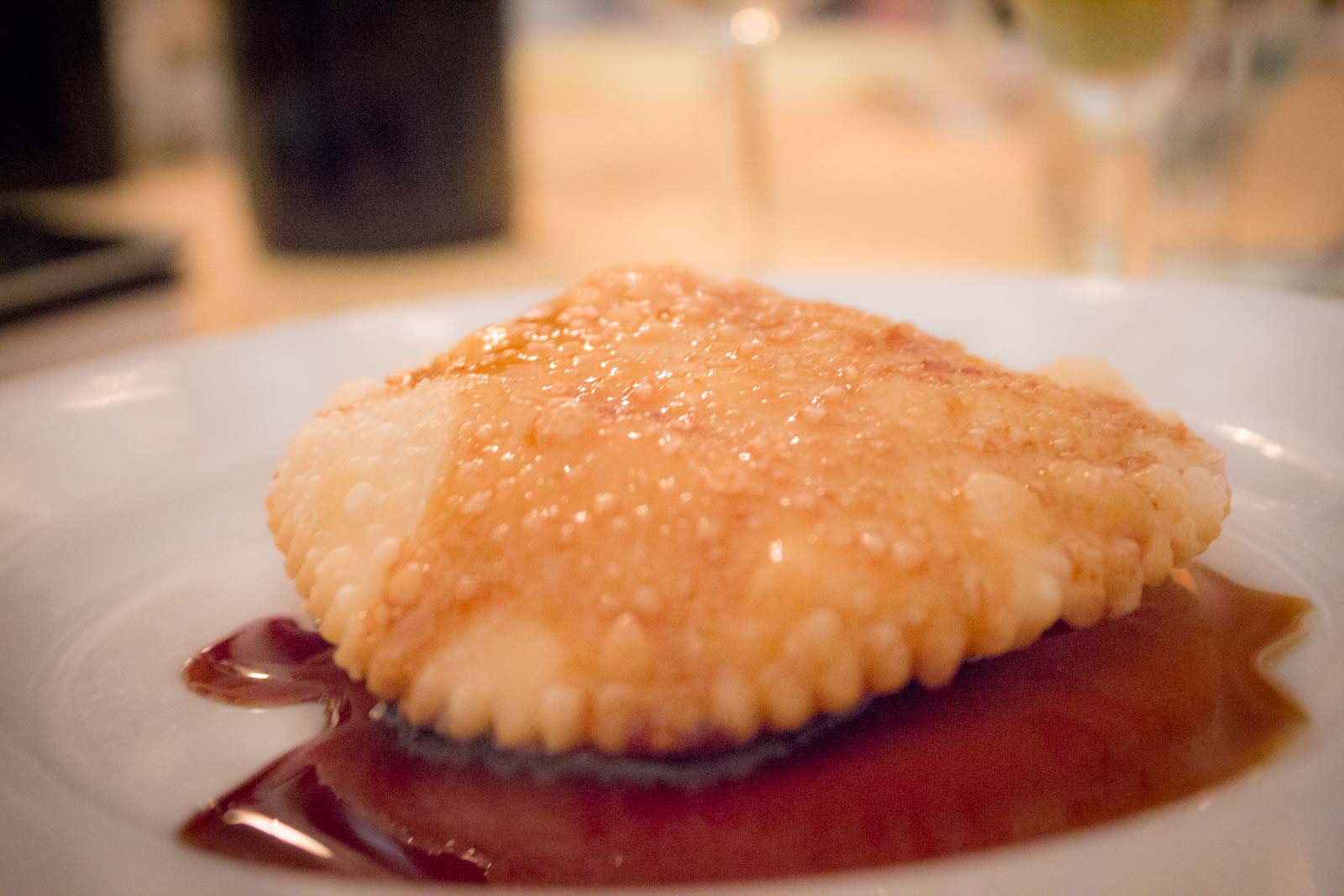 Flan of courgettes on a fresh tomato sauce 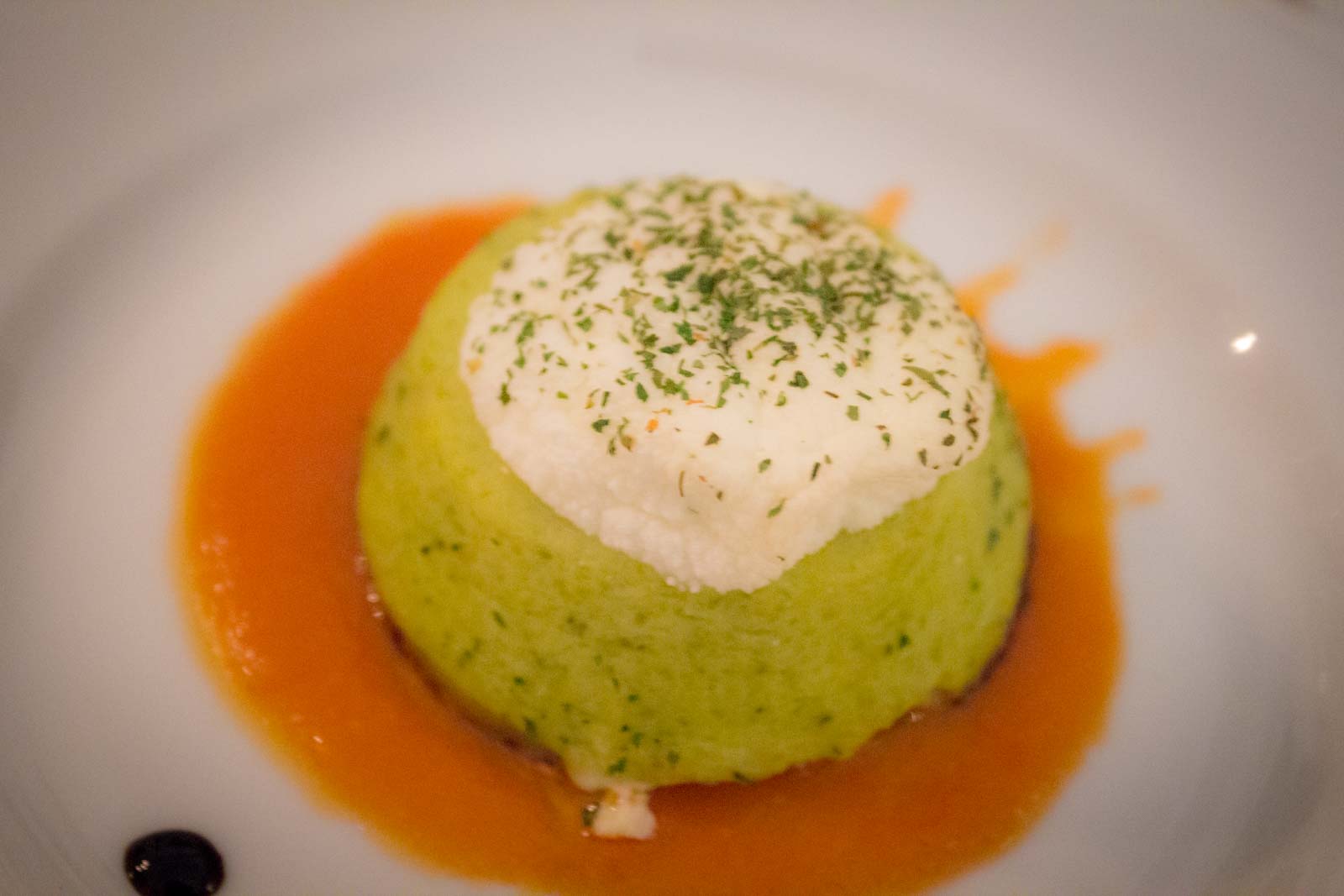 Lasagne with parsley stuffed with mushrooms 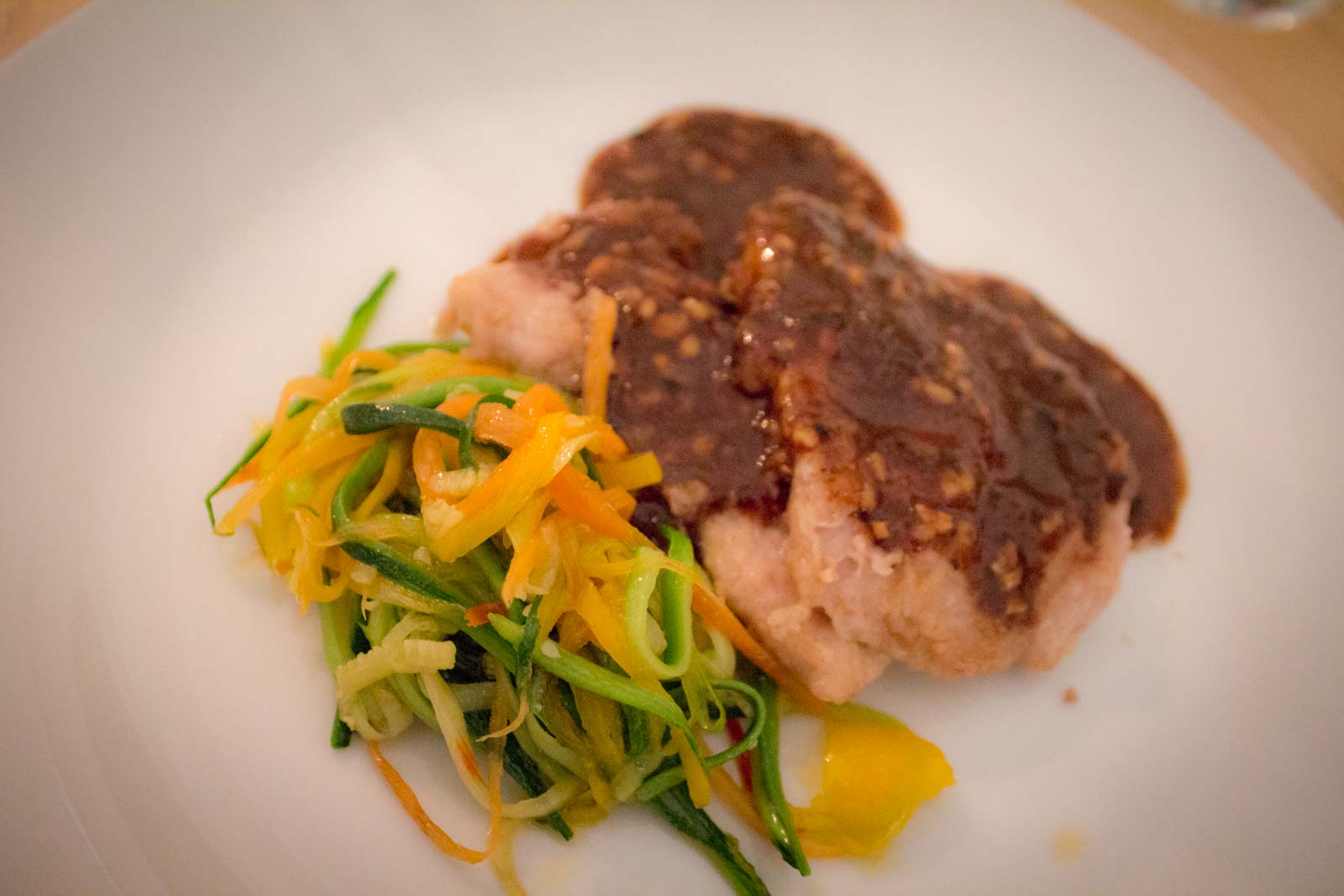 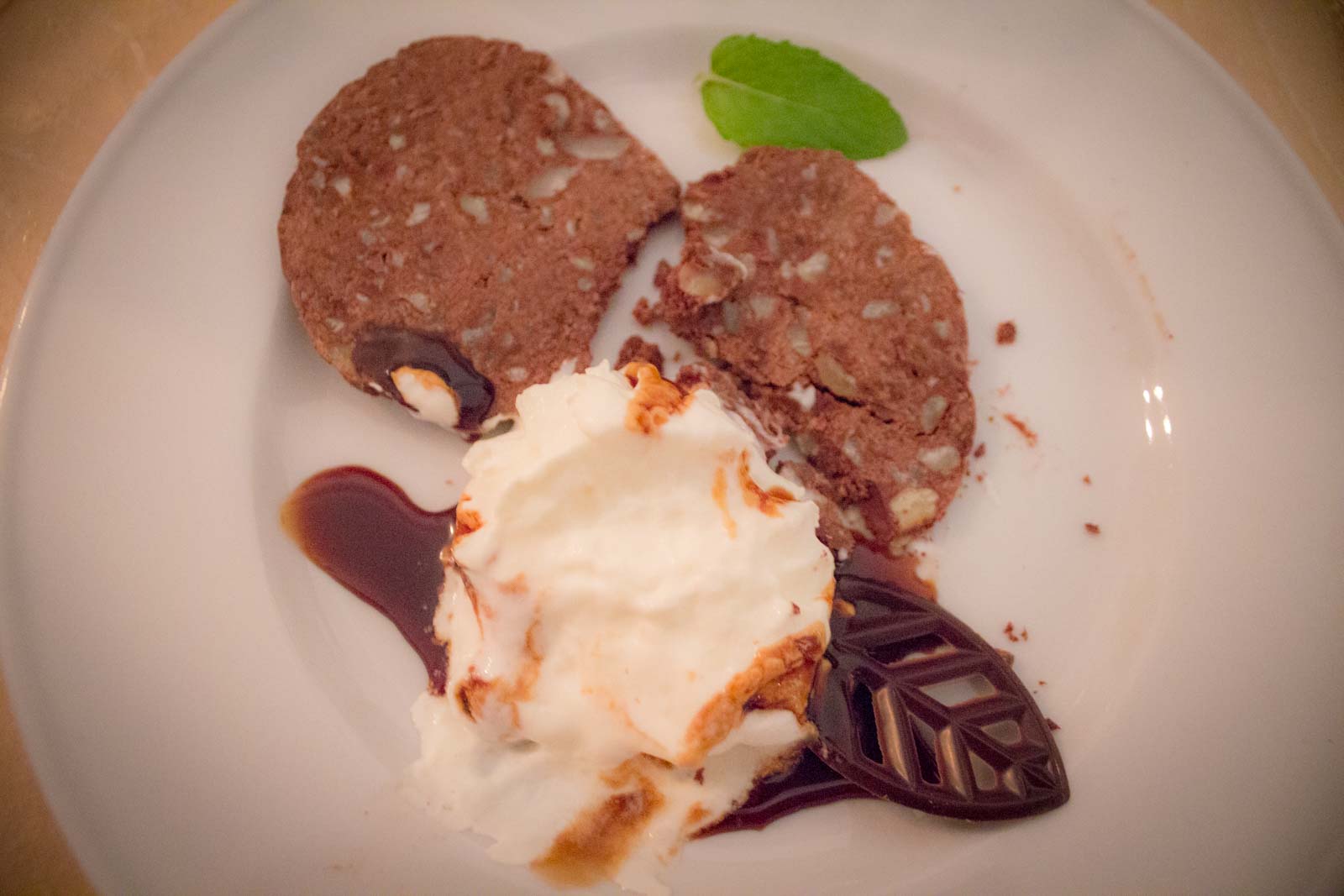 >> More info here about Antico Casale di Montegualandro
Time Travel Turtle was a guest of the Umbria Regional Tourism Board but the opinions, over-written descriptions and bad jokes are his own.