The rules of Japan

In Japan, rules aren’t mere suggestions. They’re not to be bent, ignored, mocked or challenged. They are the rules and all obey.

Which makes things very orderly – because there are a lot rules!

The red circle with the line through it is as ubiquitous as, say, sushi. Every few metres a sign instructs you that you can’t do something.

Well before you’ve even considered an action, you’ve been told it’s forbidden. Thinking of leaning your bike there? You can’t!

Thinking of walking your dog there? You can’t!

Thinking of thinking? You can’t! If it’s thinking of breaking one of the rules, we’re talking about. And the people of Japan just accept it. That’s the way things are.

It’s interesting to note that not a single sign includes the threat of a fine or other punishment. There’s an assumption that if the people are told something is not allowed, they won’t do it… so why bother with a warning? 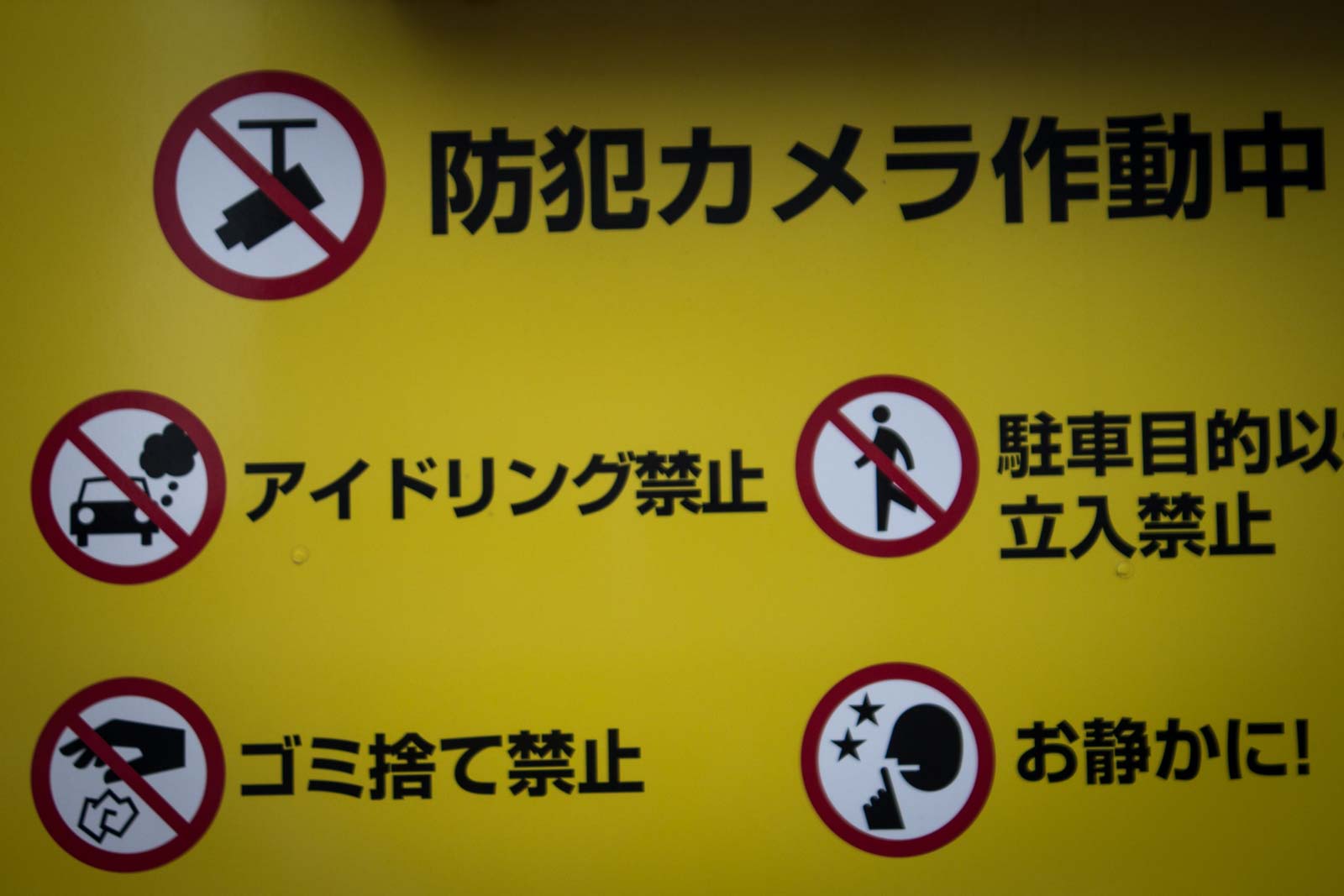 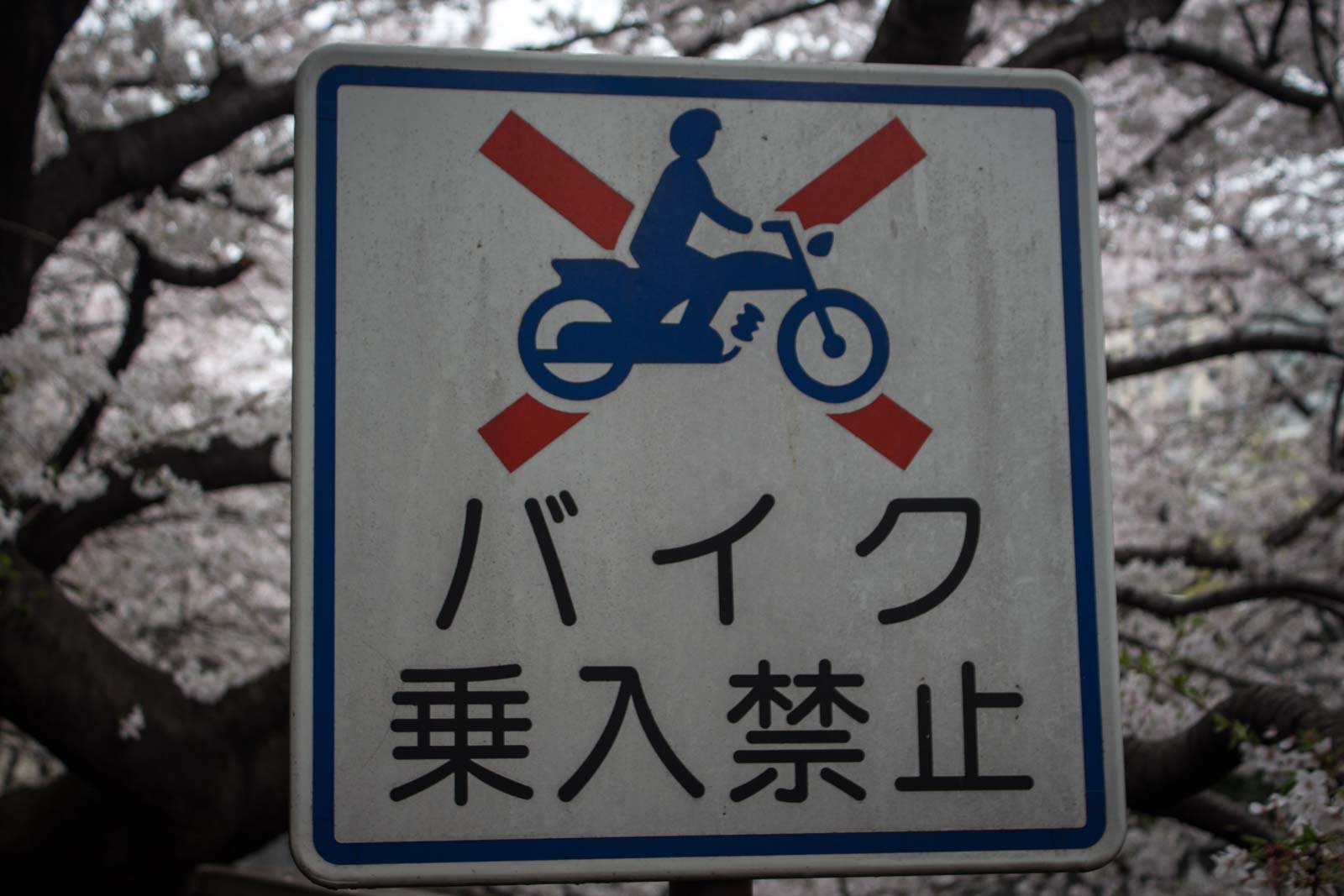 No smoking in Tokyo

Take Tokyo as an example. In almost every public street it is forbidden to smoke.

Signs on the footpath tell you so and, in case you didn’t get the message the first time, more signs on railings and power poles remind you.

The smokers are banished to small little spaces to light up – a designated area at the entrance to a train station, for example, or in front of a convenience store. 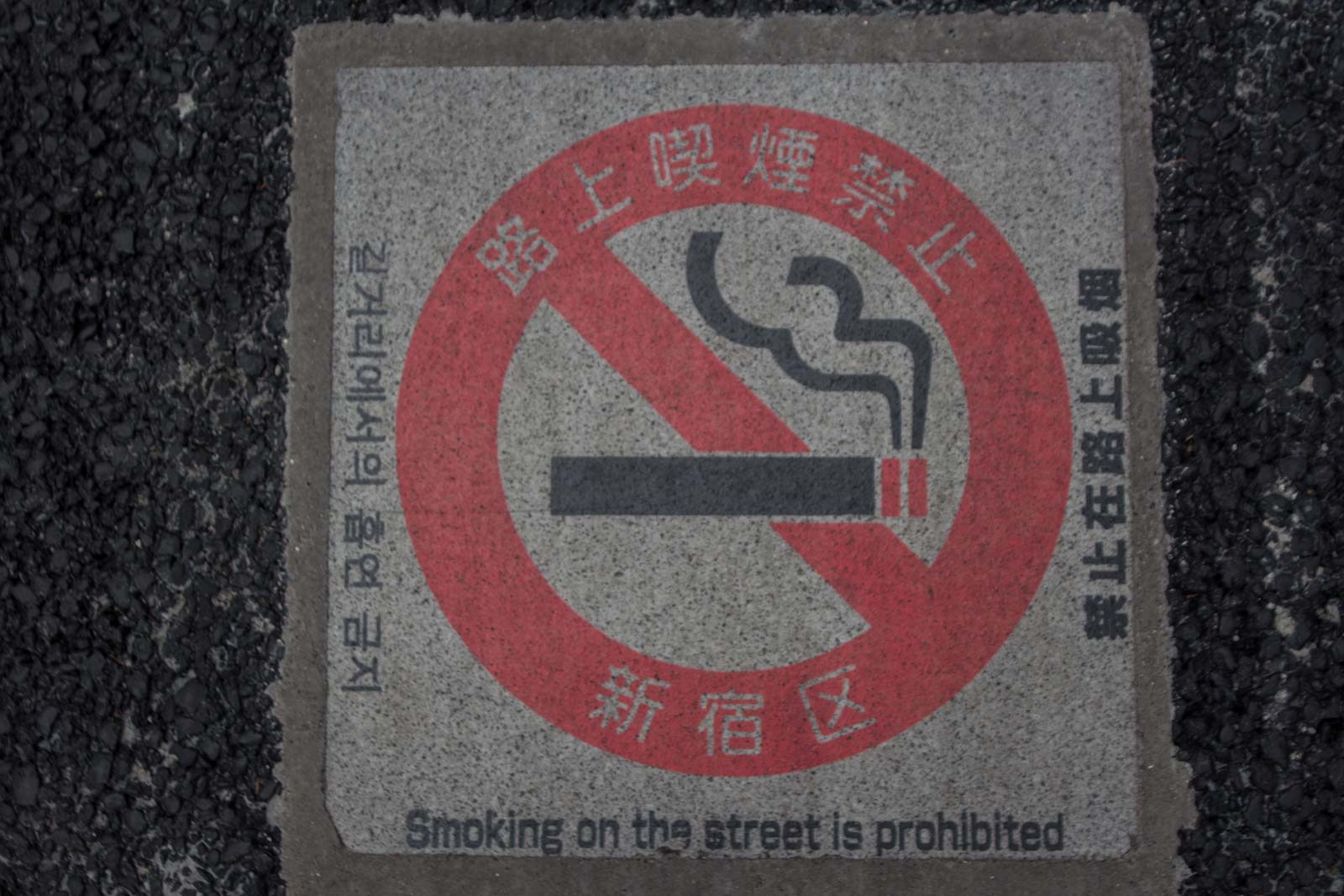 The areas are well marked and ashtrays are provided. Because this is as much about controlling the litter as it is keeping the smoke away from other pedestrians. Even going to a park seems to be an experience less about having fun and more about following the regulations in an orderly fashion.

No Frisbee, no drums, no crying, no pets, no skating, no balls, and on and on.

I know a lot of countries and cities have signs like this in their parks but this seems to be taking things to the extreme. Perhaps parks in Tokyo are just for admiring cherry blossoms and then moving on. 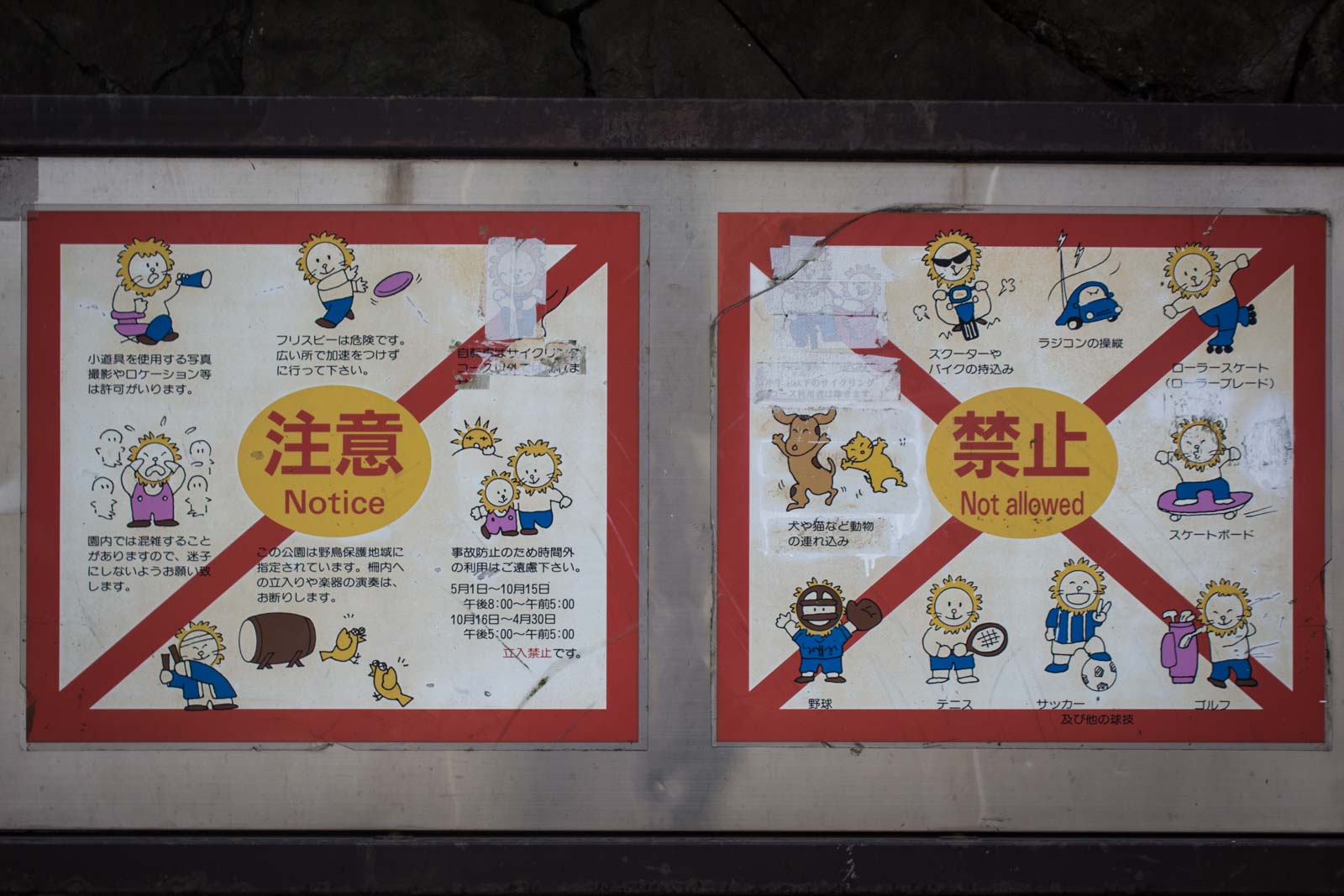 The trains are certainly not immune from rules either – and the most unusual one you come across is to do with phones.

It’s basically forbidden to talk on our mobile in any carriages. Signs instruct you to turn your phone to silent – or, as they call it in Japan, ‘manner mode’.

The name itself tells you everything you need to know about what the people think of the sound of a phone ringing.

I’ve never really understood this myself because surely two people sitting next to you and chatting to each other I just as annoying as someone on their mobile, but that’s not banned (yet!). The Japanese love their rules. They obey the lights at pedestrian crossings like it would be a cardinal sin to walk across the road when the little red man was staring them down.

In the middle of the night, when not a single car is around, and the road is only a few metres wide, they will still stand there patiently until the light turns green. There’s no sense of frustration or impatience – just an obliging manner.

It’s hard for me to stand there and wait with them when I’m so used to crossing if there’s no obvious danger. One time I tried and I got a very polite death stare. Overall, the rules and the unqualified acceptance of them is all about putting the comfort of others above your own desires. It’s about a society where the greater good is more important and where structure is needed to keep such small populated places workable and orderly.

Can you imagine what it would be like if there was smoke everywhere in the streets, phones ringing all the time on trains, bikes leaning on fences everywhere and people rushing about all over the place?

That’s what China’s for.