Most likely it’s a combination of it all… but seeing as there are only six of us in this small plane, the others would probably appreciate it if I kept my breakfast to myself.

We’re above the Peruvian desert – but not nearly high enough to get some relief of cool air. The sun is beating down on the small metal can and there’s certainly no air-con. I guess the windows open but I don’t think that’s a safe thing to do. 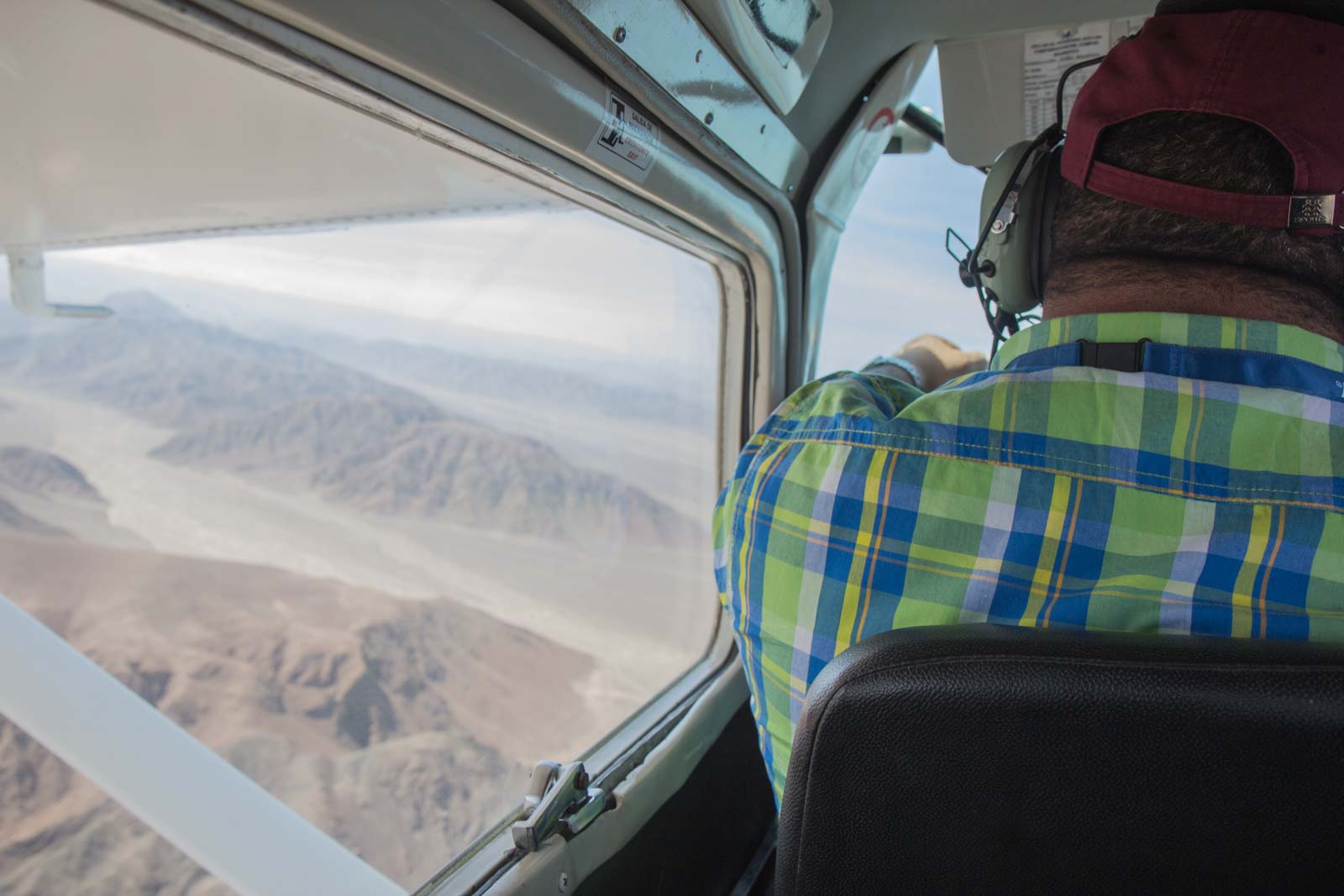 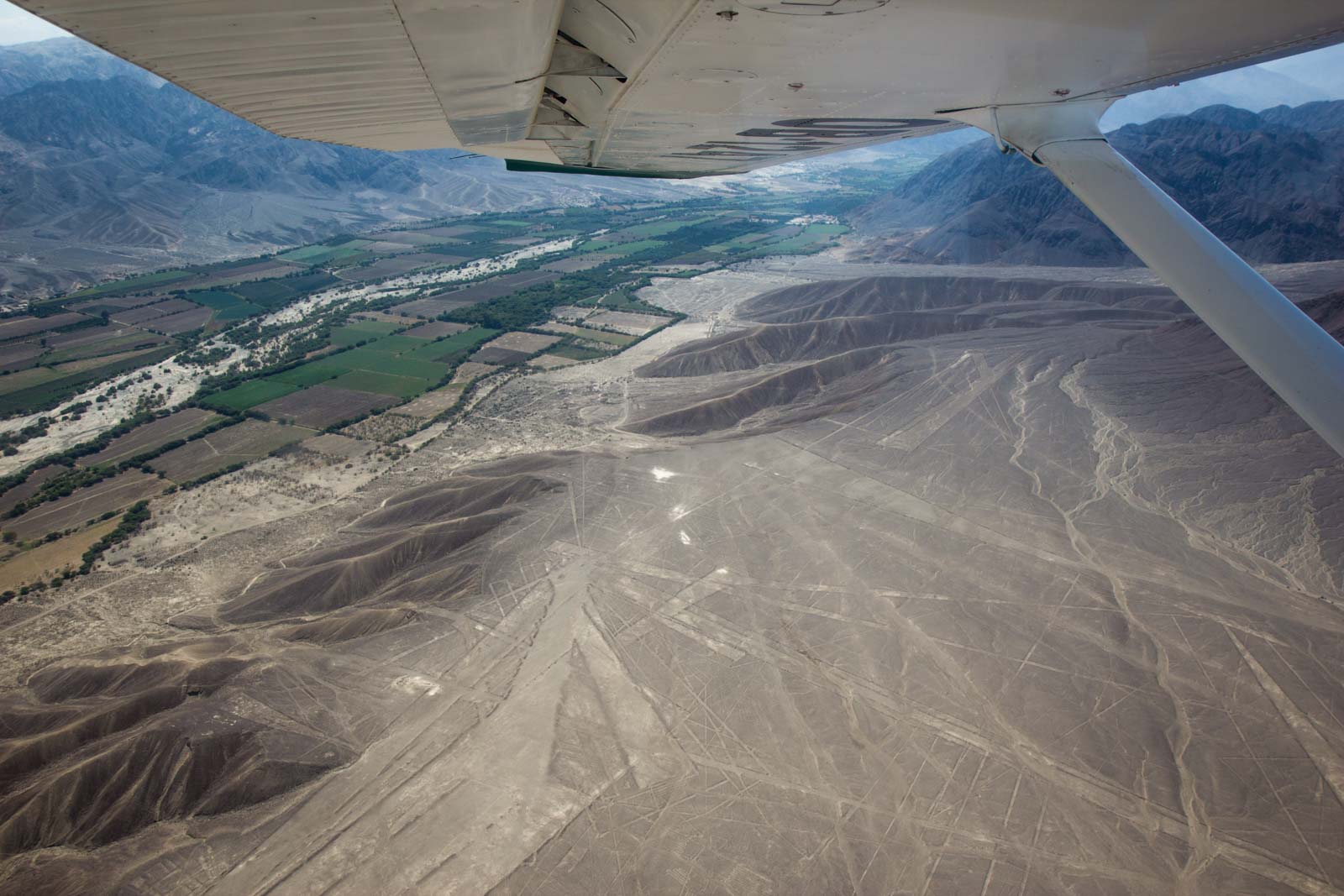 The reason we’re not very high is because we’re here to see what is on the ground – the famous Nazca Lines.

The enormous markings in the desert here in southern Peru are eerie. They were made between 400 and 650AD by the Nazca culture. While there are hundreds of straight lines and geometric shapes, what are most interesting are the recognisable figures of things like animals. 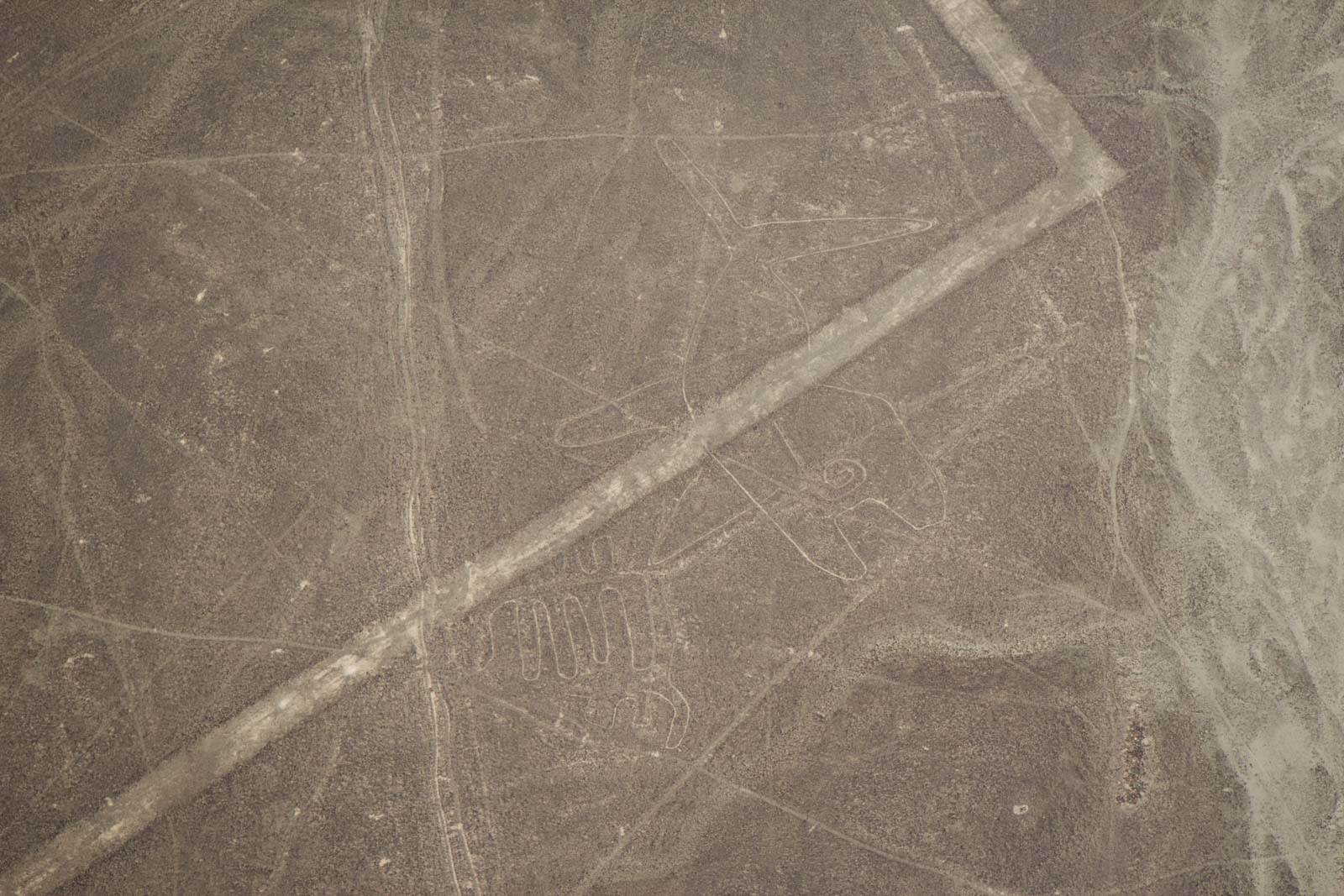 From up here in the plane, they are so clear to see. There’s a spider, a dog, a monkey and a hummingbird, for instance. The largest figures are about 200 metres long. To give you some scale, have a look at this photo with cars and a truck near some of the smaller designs. 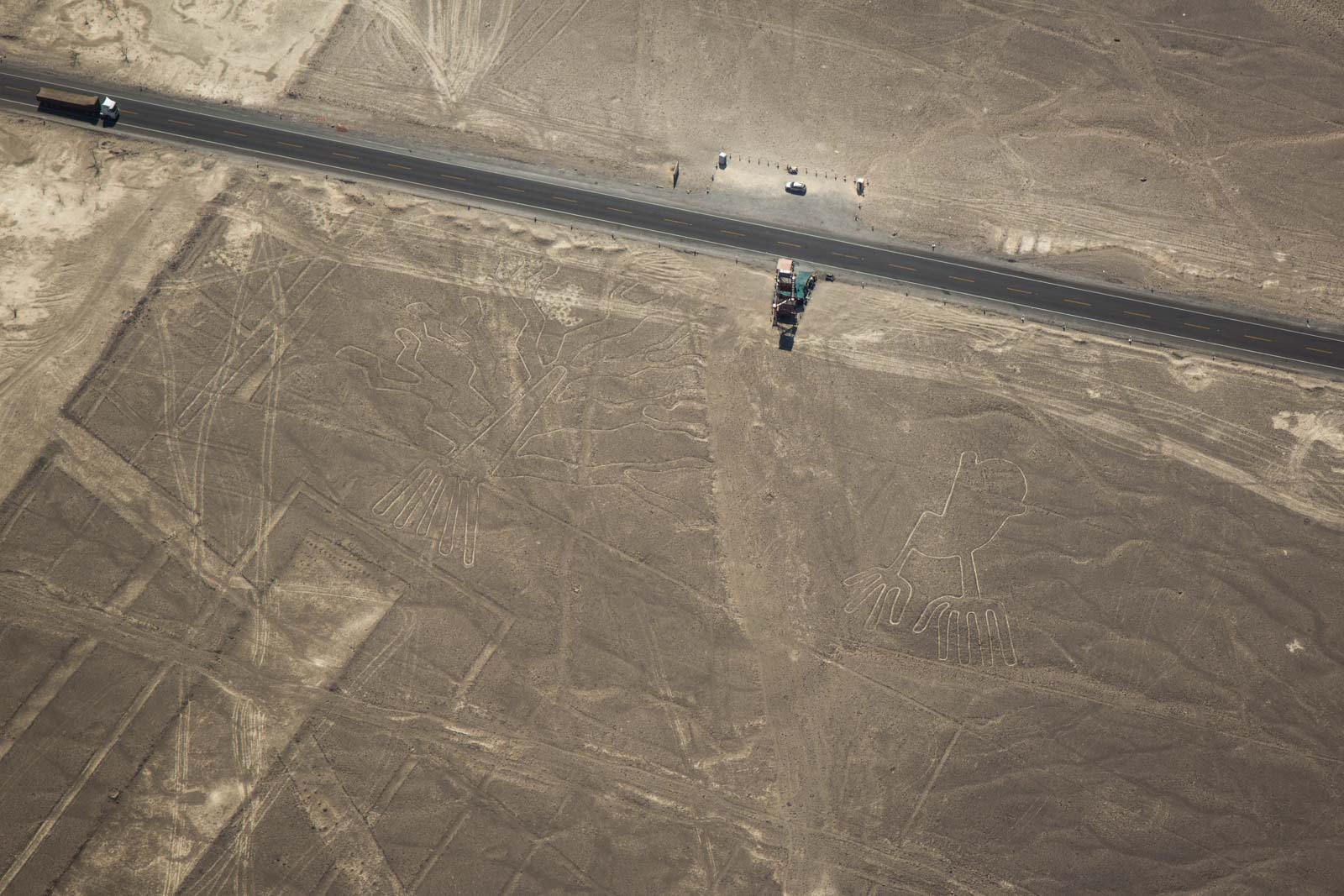 You wouldn’t notice them if you were walking along the ground, these lines. They are too large to notice any pattern from where humans walk. They point upwards. They’re meant to be seen by the gods… or by aliens?

There are many theories about why the lines were created. Aliens is probably the most ridiculous of them all.

Some conspiracy theorists will tell you that they are clearly either made by aliens (because how could such primitive men have done this?) or for extraterrestrials to see.

It’s fun to believe it, though. Especially when there’s an image on a mountain like this one, that some say looks like an astronaut! 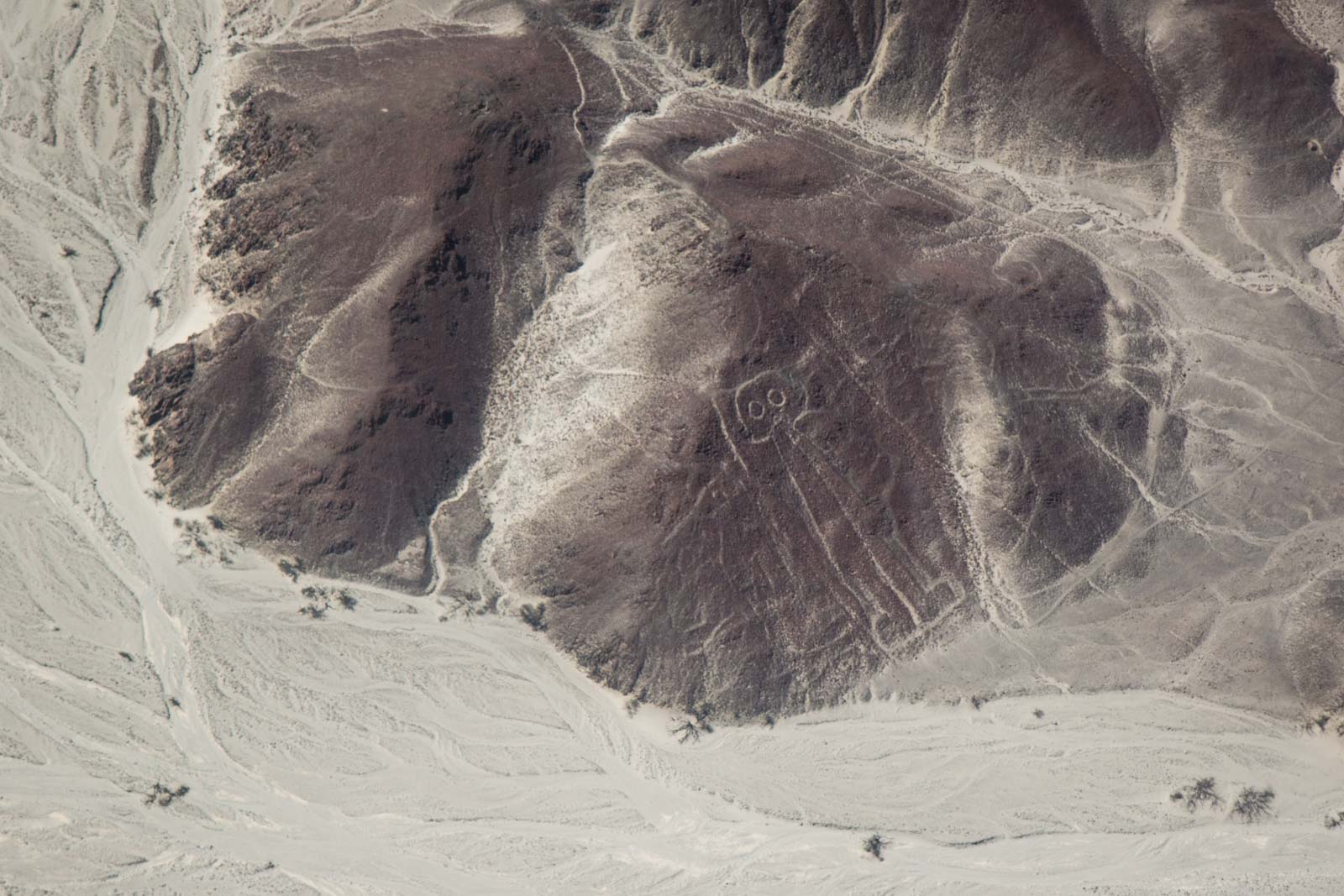 But, among the more realistic theories, there is still no consensus. Some researchers believe that the markings were an astronomical map – that the animals represent constellations in the stars and the straight lines point to where important celestial bodies rose during specific times of the year.

Another popular explanation is that they were simply religious markings and were the Nazca’s way of worshipping the gods. The animals were calling for favourable weather and the lines led people to where ceremonies were held. 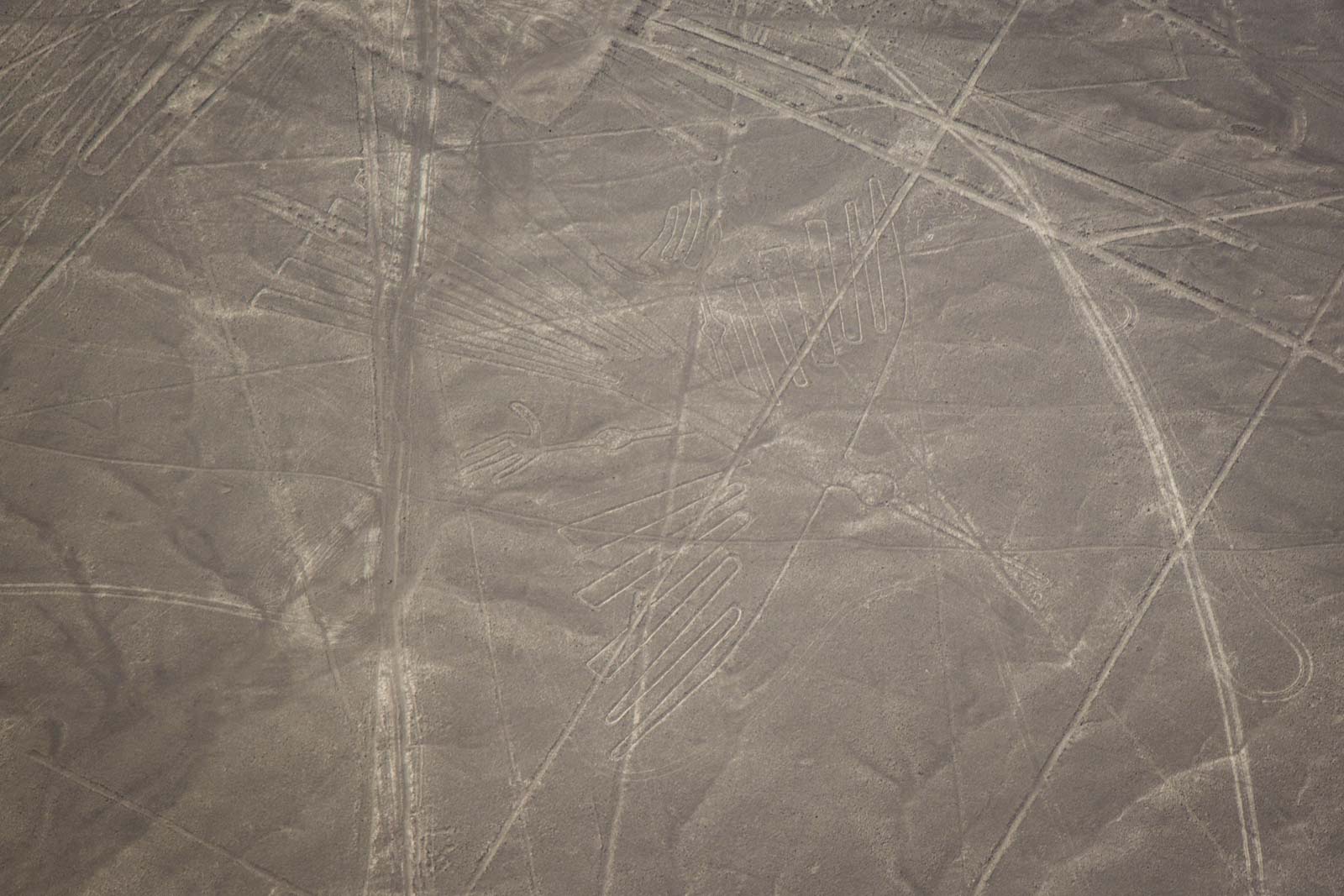 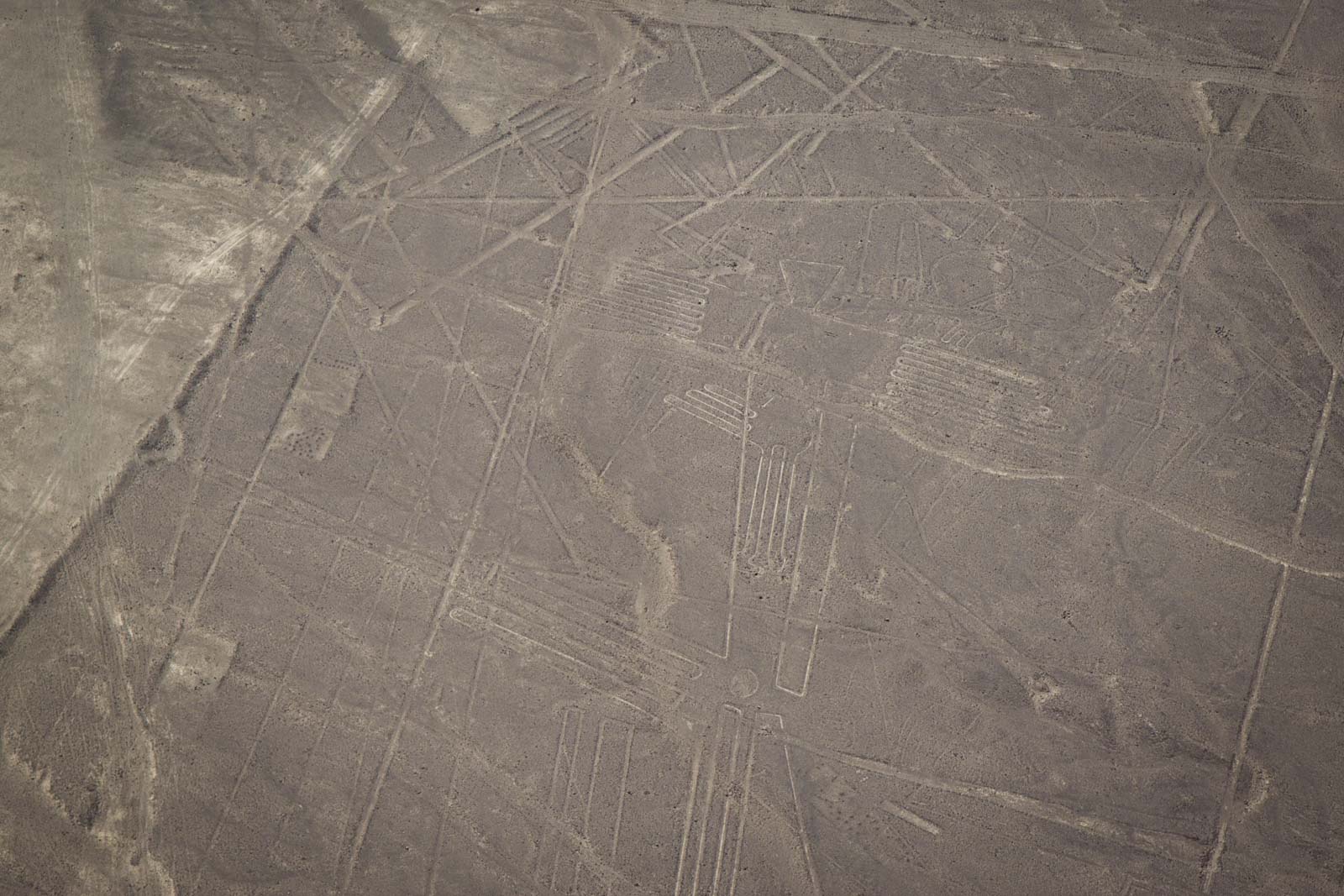 Regardless of the truth (and, in some ways, it’s more enjoyable that there’s a mystery about them), everyone agrees that it was a remarkable feat to make them.

The actual mechanics of it was quite simple – the Nazca people just dug a shallow trench about 10cm deep, taking away the reddish pebbles on the top of the desert, revealing a light clay earth beneath that contrasted with the red on either side.

Exactly how they managed to make the shapes so perfectly is another matter. But you have to remember that this is 2000 years after the Egyptians had made their temples and at a time when Romans ruled Europe. The shapes are impressive, yes, but humans were proving themselves very ingenious. 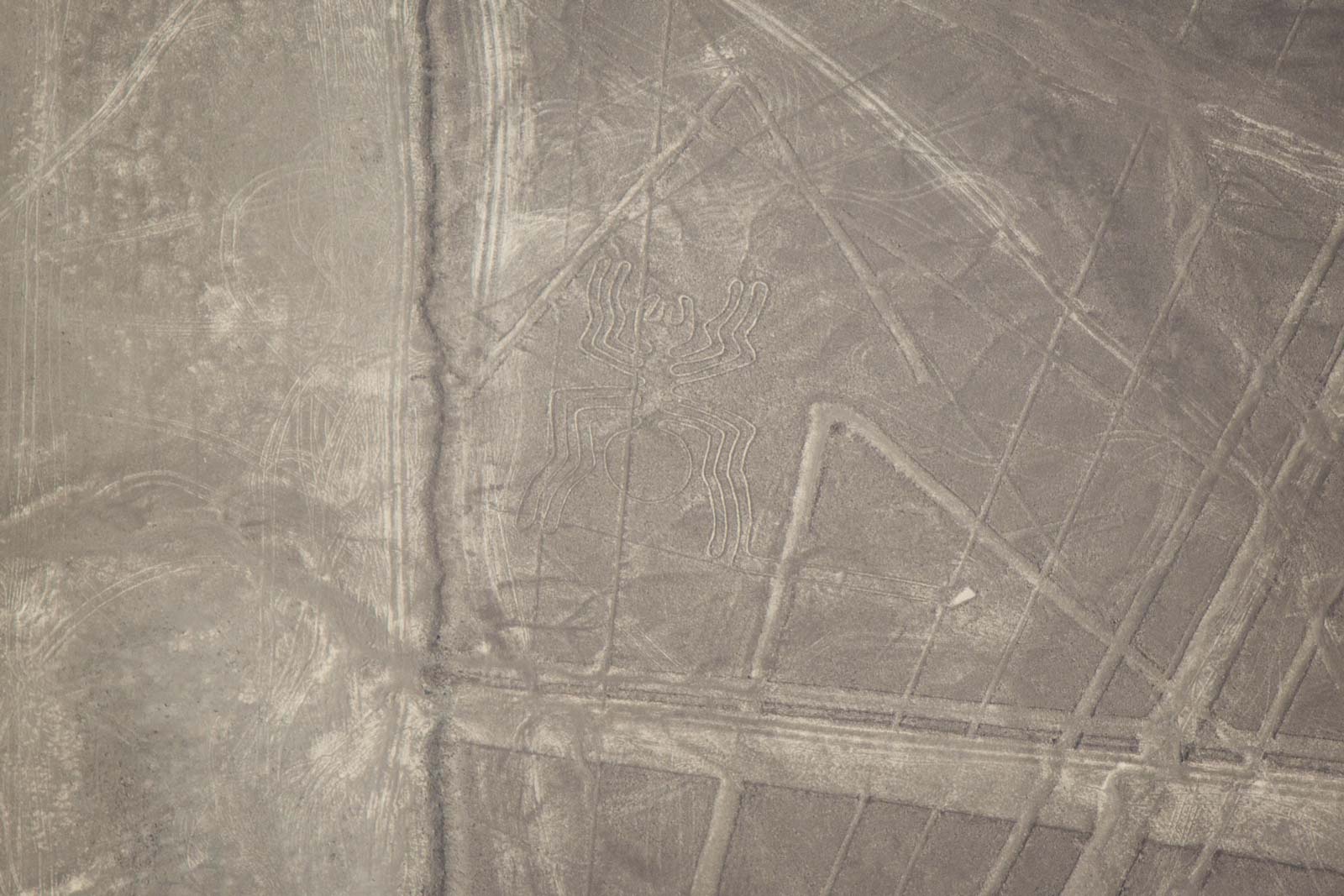 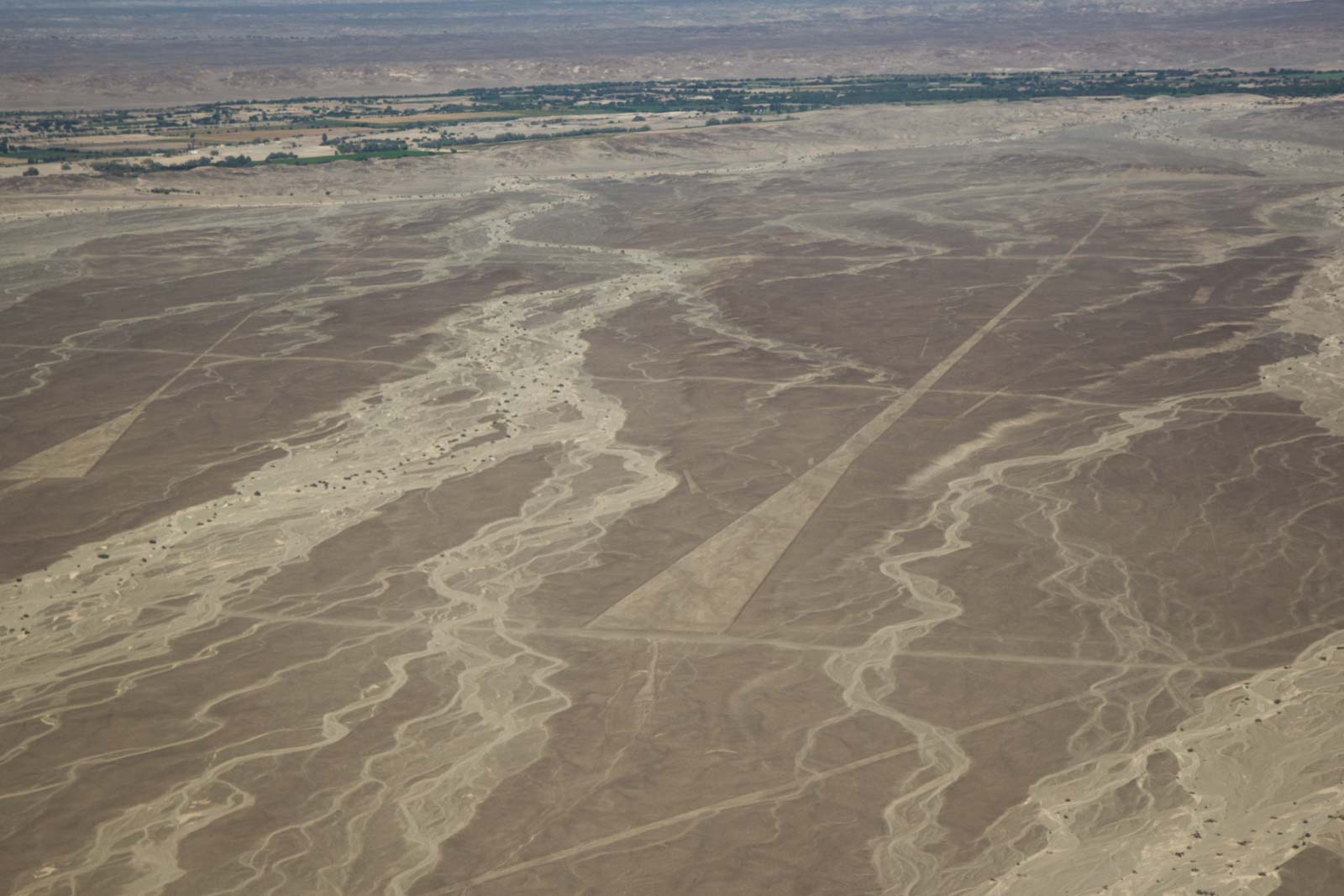 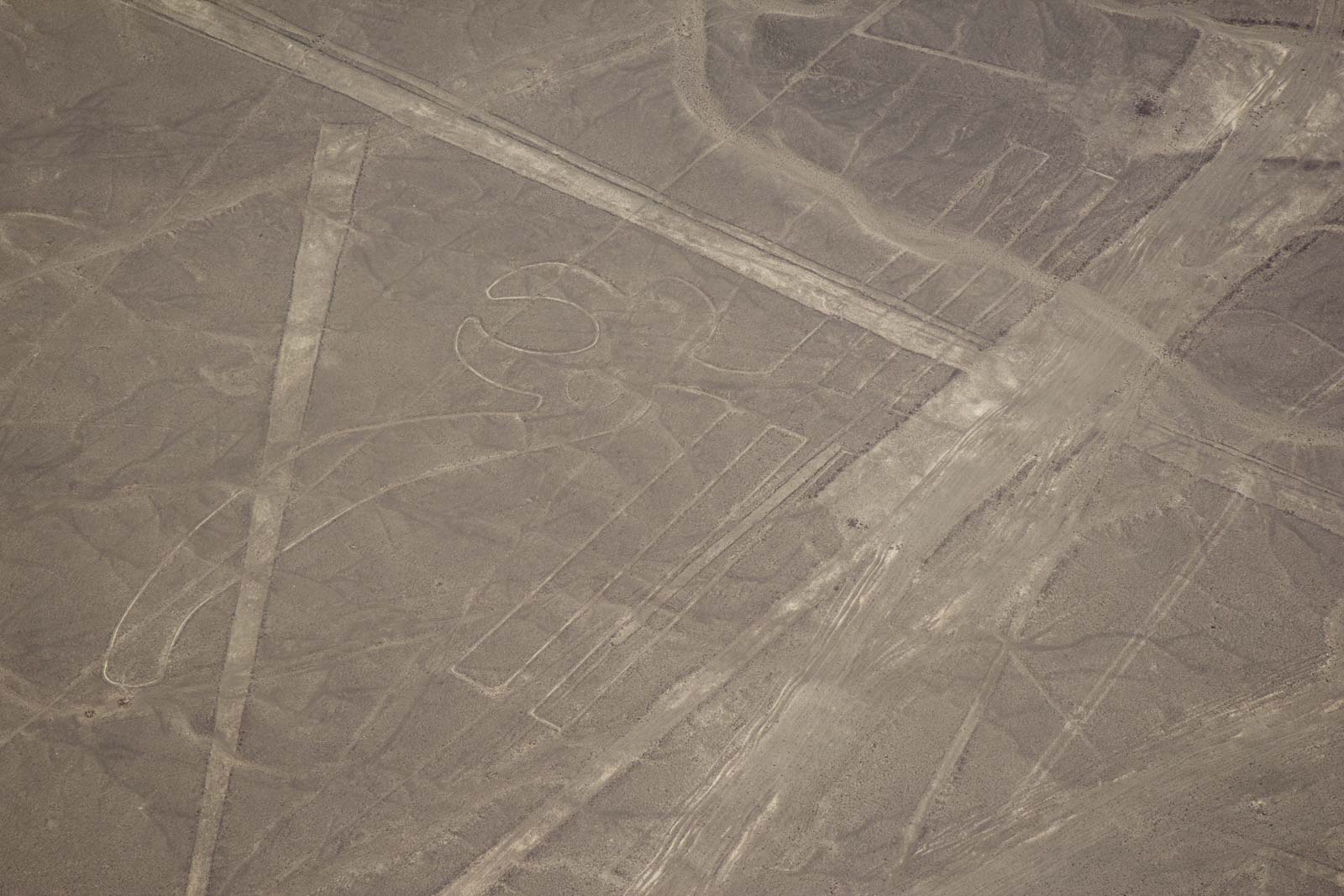 How to see the Nazca Lines

Nazca (the city) is on the route between Lima and Peru’s second largest city, Arequipa, so it’s a popular spot for travellers to stop on their way through – although it’s still a long bus ride from both. It’s much closer to Lima, though, so some people get up early and make a day trip of it. 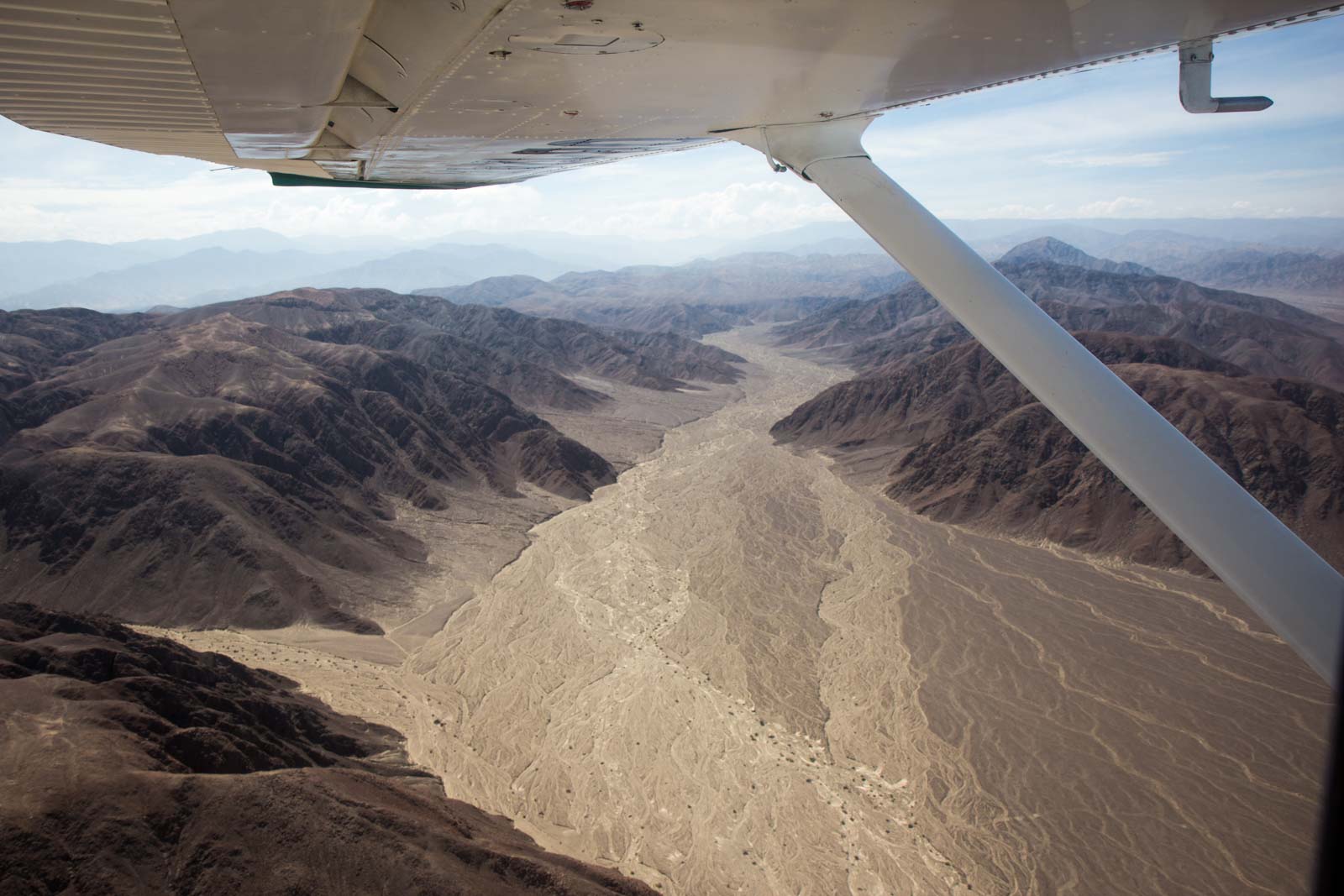 There is a platform on the highway which you can climb up and see a couple of the shapes but the way to truly appreciate the designs and the scales of the Nazca Lines is from a light aircraft, like the one I’m in.

There seem to be almost ten companies that offer flights and it’s possible to just turn up at the small airport and book yourself onto one. There are also agencies in the city and most hotels or guesthouses will also be able to book for you.

It really is the main industry in town so it’s easy enough to shop around and find the right price and time that suits you. 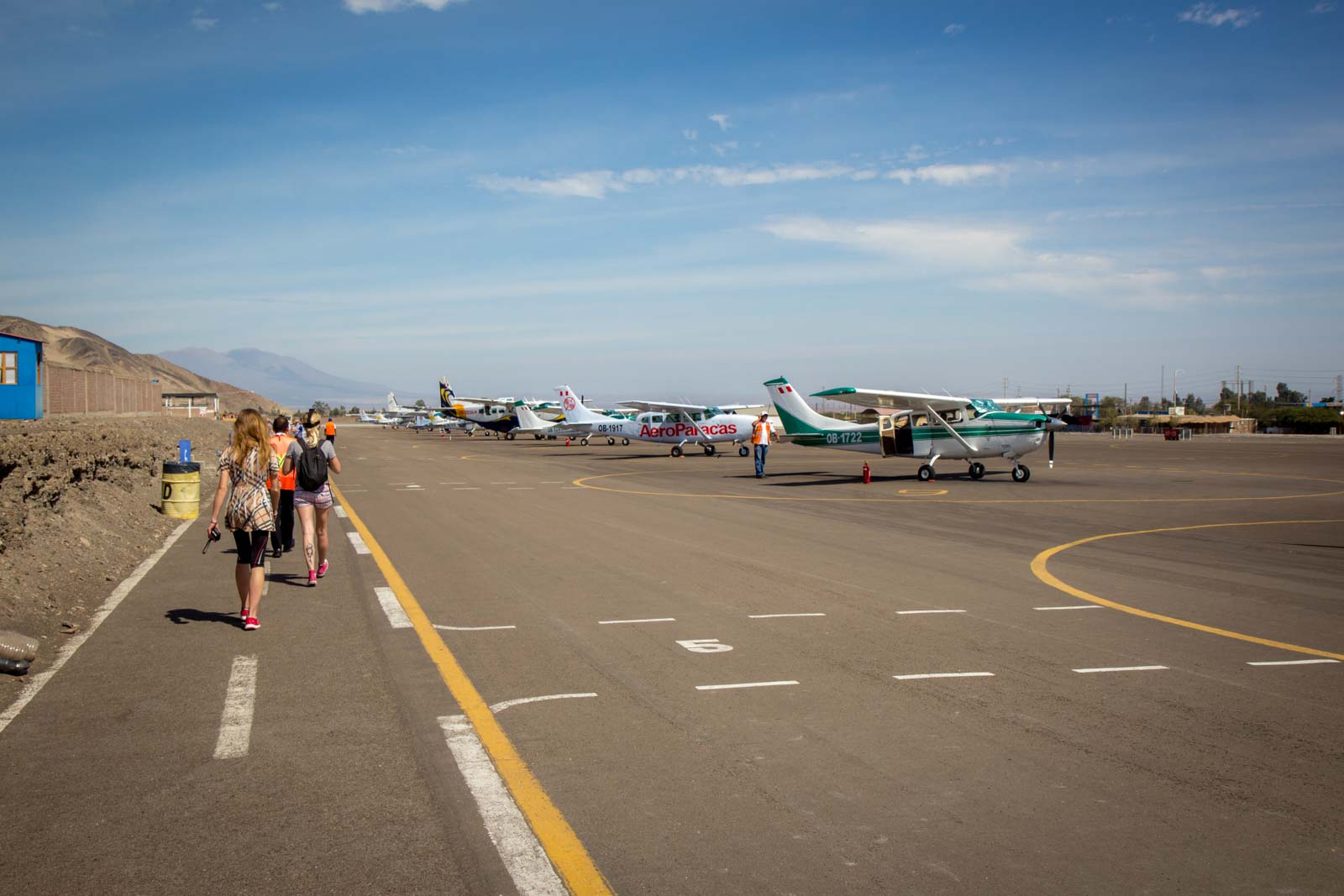 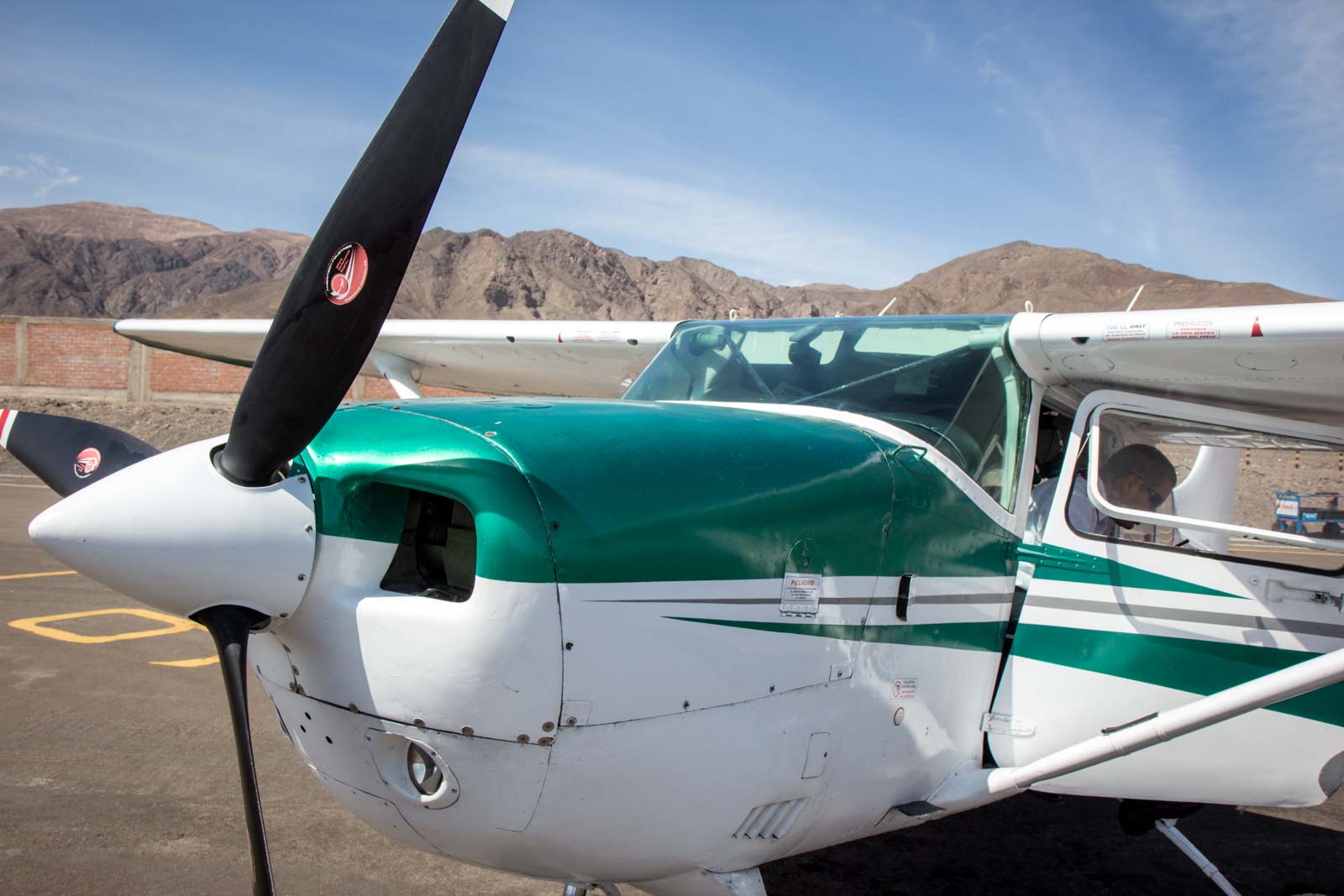 In the end, I don’t throw up on the plane. We’ve dipped to the left and then to the right and back and forth the whole time so every design on the ground could be seen from both sides.

I understand why I feel queasy and why there are plastic bags in easy reach for everyone. But when we land back on the small airstrip and open the windows, everything feels good again.

It was just a short flight – only about 30 minutes. But it was like travelling to another world. 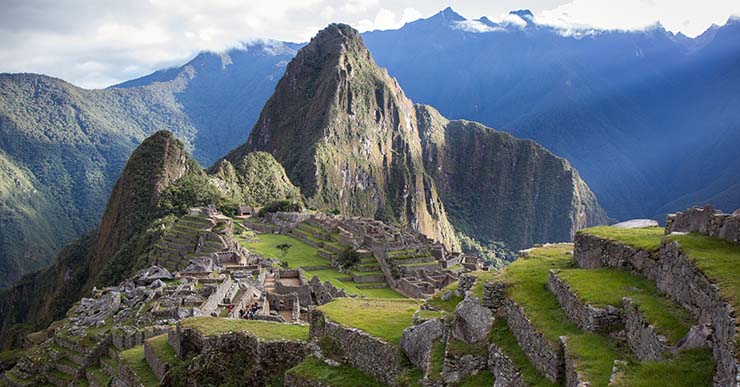