Why is it so hot? I thought penguins were supposed to live in the cold, on snow, surrounded by icebergs.

Instead they’re standing in the dunes, far from the water, in direct sunlight on a 40 degree day.

They’re panting in the heat. So am I. This is not what I expected from a penguin colony. It’s not even like just a couple of them got confused and thought the Argentinian summer would be a nice break from the freezing temperatures of Antarctica. There are more than one million penguins here at Punta Tombo, making it the largest colony in South America. Obviously it’s not the penguins who are confused, but me. I guess I was expecting ‘Happy Feet’ but instead got ‘Floppy Heat’.

This is the natural habitat of the Magellanic Penguins, which spend their time on the coastlines of Argentina, Chile and Brazil.

Here at Punta Tombo they make their nests from September to April and the next generation is born. They’re monogamous animals and breed with the same partner each year.

In September the males come to shore and prepare the nest. The females then join them and lay two eggs.

Both the mother and the father will guard and incubate the eggs and when the chicks are born both parents will continue to care for the young. 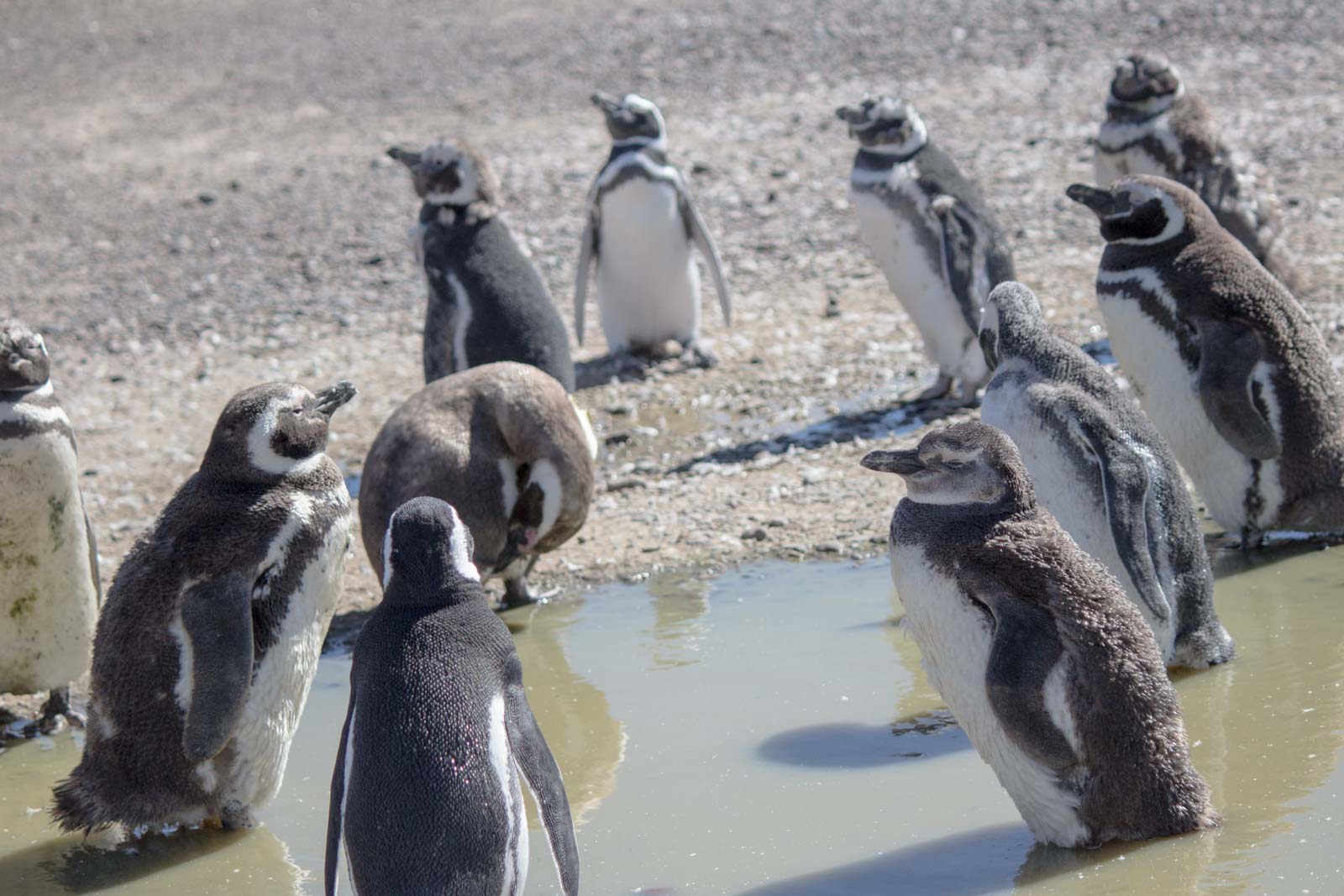 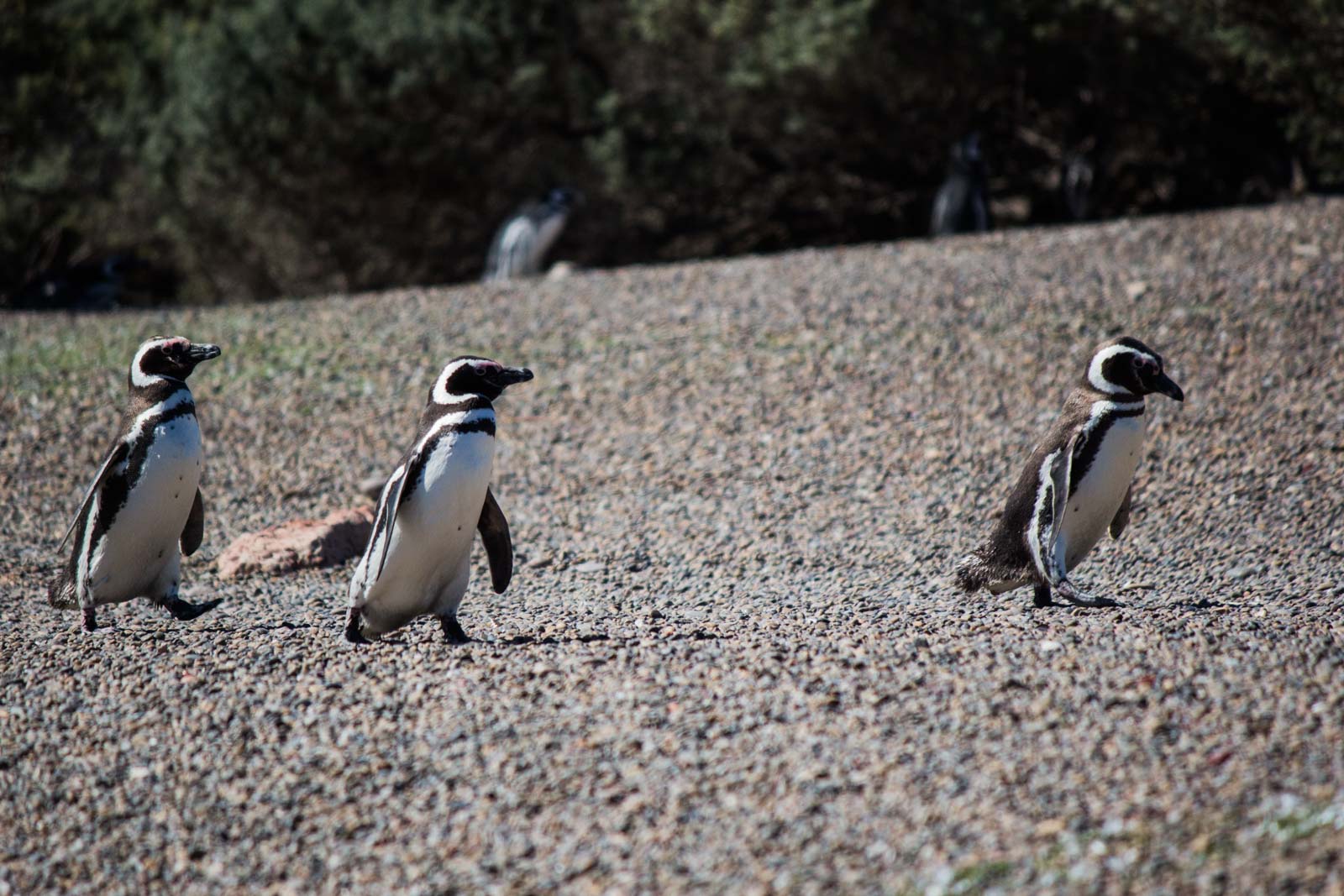 They share the duties but, in recent times, this arrangement has been threatening their very existence.

While one of the penguins swims out to sea to feed itself, the other takes on the domestic duties in the nest. The animal feeding in the ocean might be gone for quite a few days while it finds food and, in the meantime, its partner waits and starves.

Over the past few years, though, climate change has meant the food source has moved further away and the penguins have had to swim an extra 40 kilometres or so to feed. The extra time away from the nest has meant the partner waiting sometimes dies from starvation. The Magellanic Penguins are now listed as a ‘threatened species’. The population numbers are declining for several reasons – climate change being one of them.

During a visit to Punta Tombo, looking around, it’s hard to imagine they are under threat. There are literally hundreds of thousands of penguins as you walk through the colony.

They stand at the entrance to their nests, panting in the heat and watching you with a wary eye; they gather in groups around puddles of water on the pathway; they waddle from bush to bush looking confused and lost; and they lie in the shade of shrubs as their feathers malt off ahead of the new season. How unfortunate that the humans are creating a warmth on this planet that is killing many of these animals in a most uncomfortable way.