The little silver balls spurt out into the tray. “Jkjkjkjkjkjkjkjk,” is the best way I can come up with to write the sound they make. The silver orbs glimmer with hope and promise. My fortune could lay with one of them. They are more than just balls in a tray – they are the key to unlocking the treasures within the machine in front of me.

The only problem is that I’m not quite sure how to use the key. 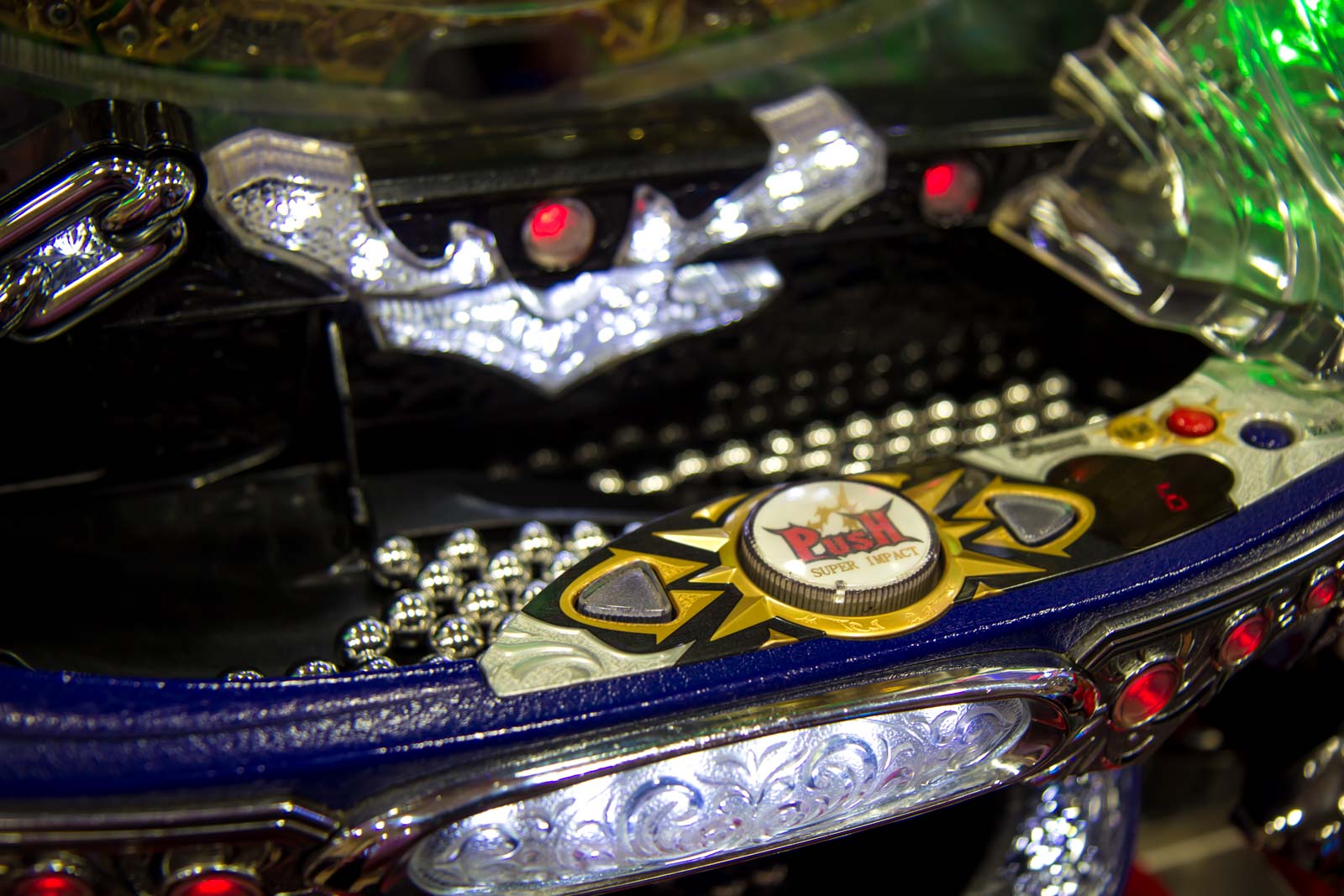 I’m in Japan and I’ve decided to come into a pachinko parlour to see what all the fuss is about. But it’s a confusing place and it’s already taken two helpful attendants, some terrible Japanese (on my part – I’m sure theirs was fine), and some awkward hand movements (on their part this time) to get this far. 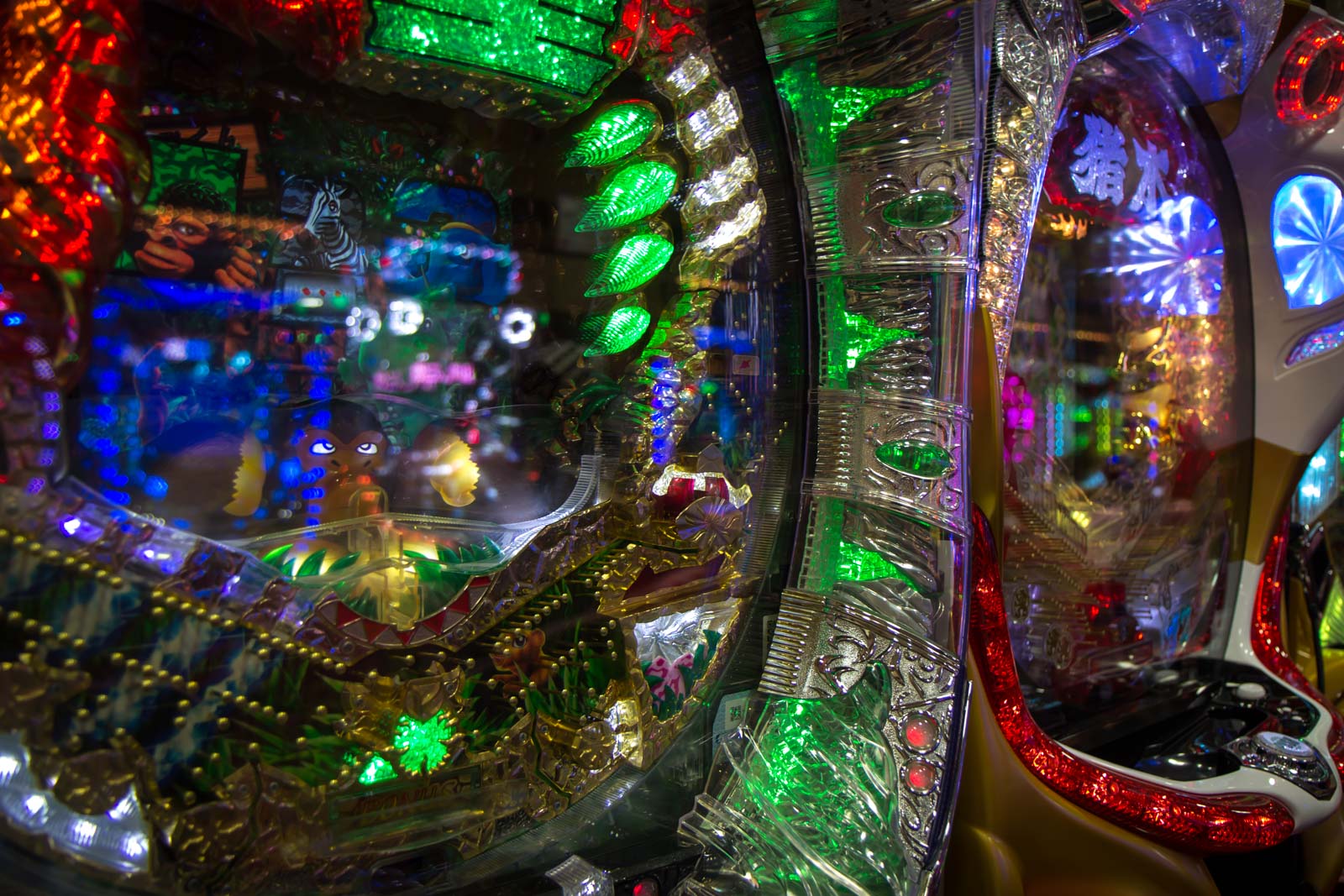 From the outside, it looks a bit like a game but it’s essentially a way of gambling. It’s the Japanese equivalent of poker machines (or slot machines, if you like). Except it’s not gambling. <Wink>. Because this kind of gambling is illegal in Japan. So at the end of your time at the machine, you get a coupon which you can trade at the gift shop for food or toys or drinks. Oh, unless you want to walk the three metres to the little window next door that will exchange it for cash. But it’s not gambling! <Wink.> 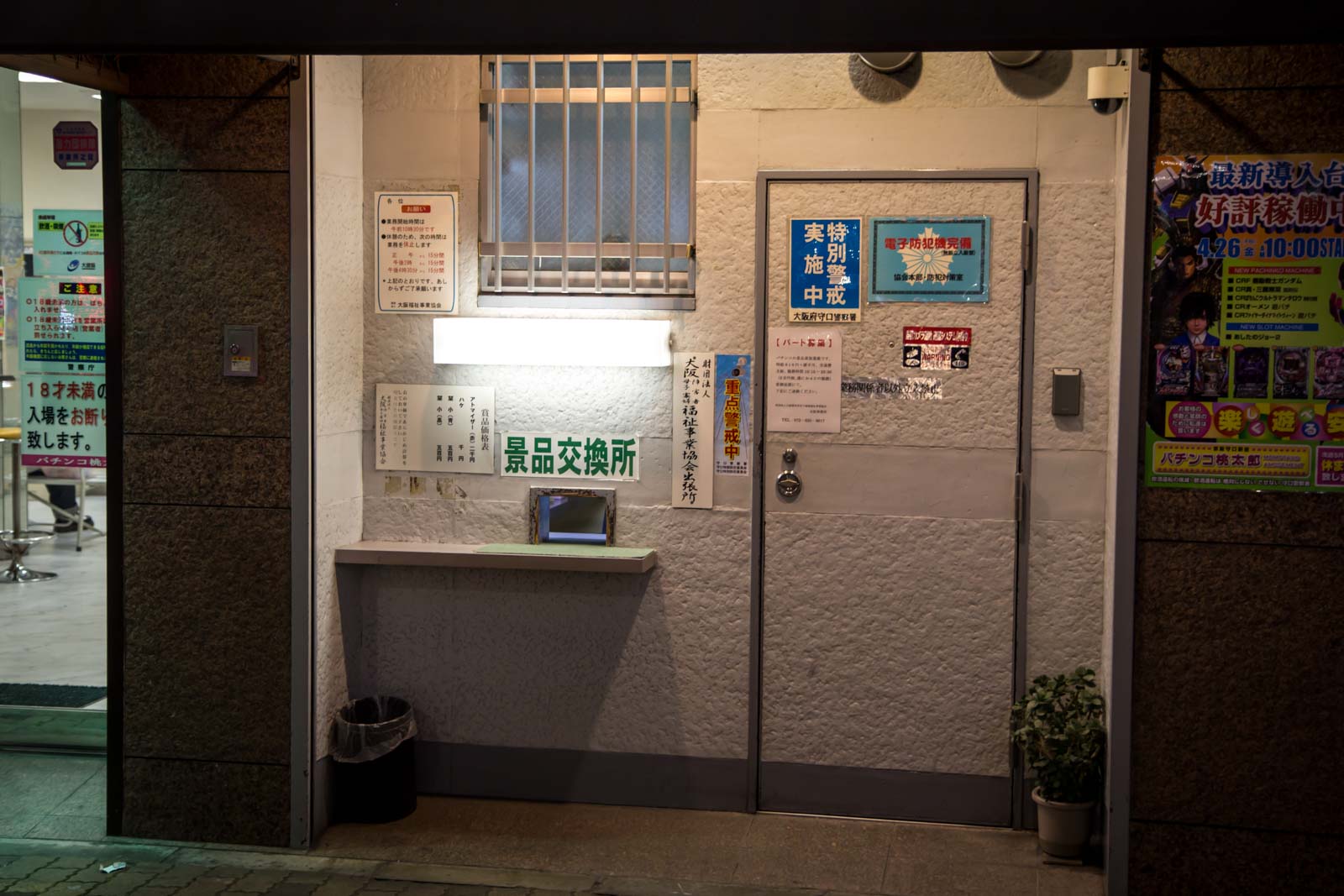 Anyway, I’ve jumped ahead of myself because I haven’t won any points to exchange yet, although I’m already a bit worried they won’t have enough cash at the window next door when I do hit the jackpot!

So eventually the attendant who showed me how to get the little silver balls into my tray comes back to help me when he realises I have no idea what I’m doing. Let me paint the scene for you. The silver spheres are in this container at the bottom of the machine; in front of me is the display which has a video screen in the centre; around that is a board with lots of gold metal pins sticking out; circling this board are lots of flashing coloured lights; and down near my hand are a couple of buttons and a large knob which turns clockwise.

The attendant puts his hand on the knob and turns it gently to the right for me (I promise this is not supposed to sound dirty). Balls start flying (I’m not doing so well with that promise, sorry). He gestures for me to put my hand on it and I grip it in the position he’s holding it (OK, I give up now!). 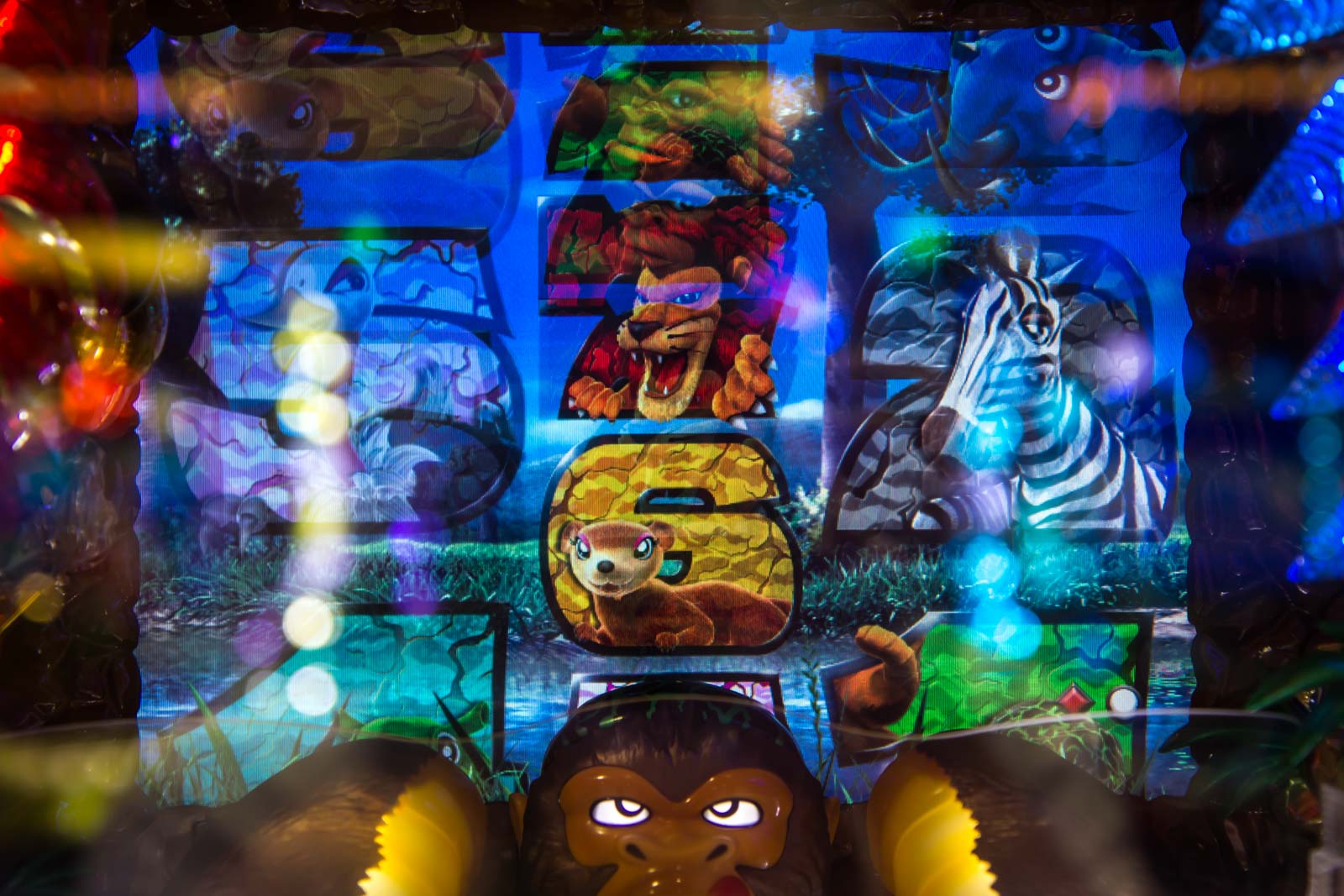 The idea behind pachinko is that my turning the knob you you shoot these little silver balls up into the machine and they bounce off the gold pins. If they land in the catcher in the middle then it starts three reels turning on the video screen and if they match up you win! Or so I’m told… as it turns out, I wouldn’t know.

I actually think it’s a bit unfair – and this isn’t just a sore loser talking. I mean, it is a sore loser talking, but it’s not just a sore loser talking. The problem, as I see it, is that there are two sets of chance. Firstly, you have to get the ball into the catcher (which is harder than it looks), and then you have to get the reels to line up. I didn’t have much luck with either. The 1000 yen (US$10.20) note I put in turned into nothing. Although it did take about half an hour for me to work my way through it, bolstered by occasional small wins which produced more balls in the tray. 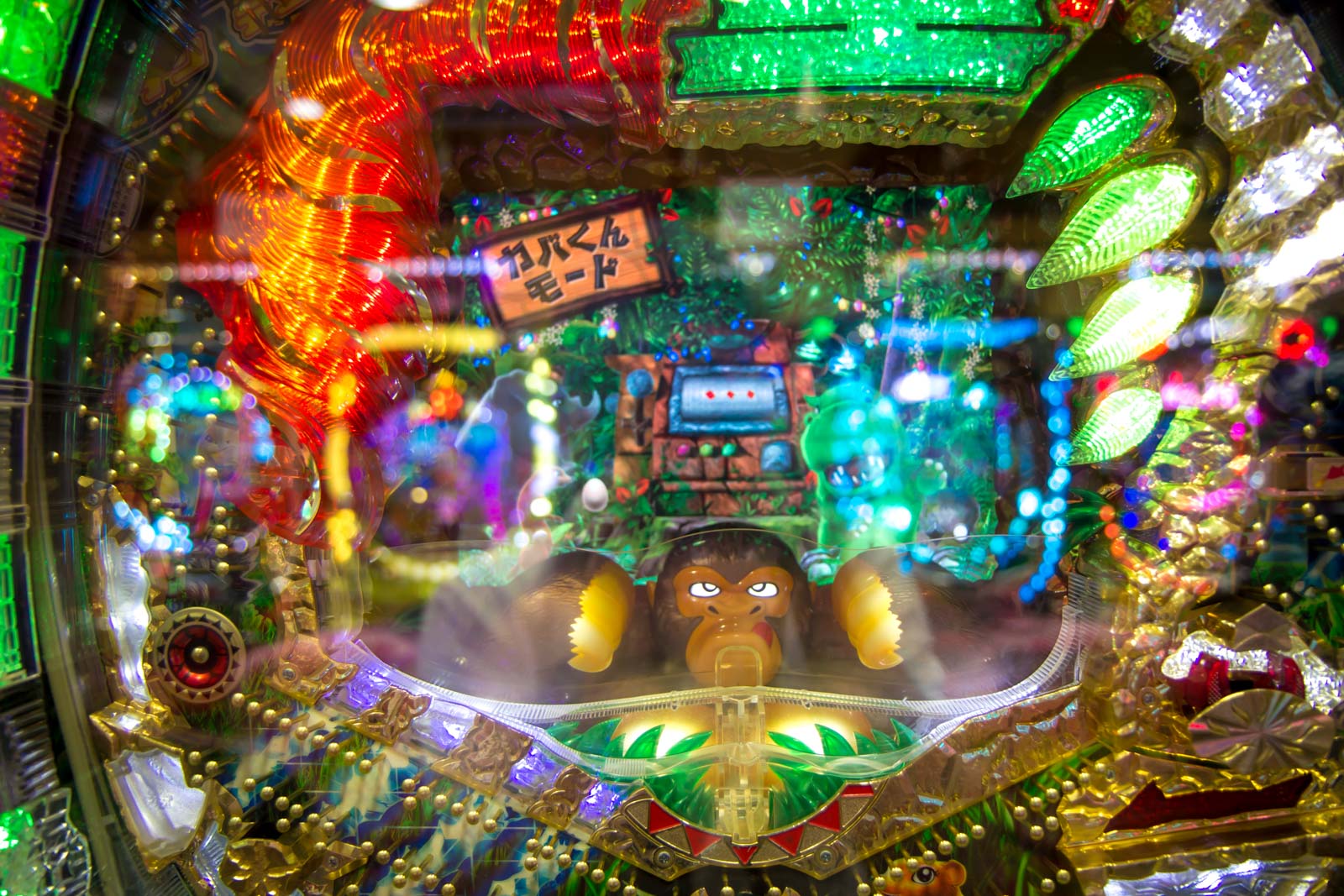 My contribution to the pachinko machine is a mere small ball in an ocean of silver globes, though. Get ready for this fact – the annual revenue of the pachinko industry in Japan is US$378 billion dollars. Yes, you read that right, billion! Several articles I’ve read point out that this is four times the profit of the entire world’s casinos… but I think you need to take the comparison with a grain of soy-flavoured salt, because they measure things differently in different countries. (For example, are we talking about the total amount of money that is gambled or the amount that is left over once the winnings have been paid.) Regardless, you can see the scale of the pachinko parlours here in Japan. 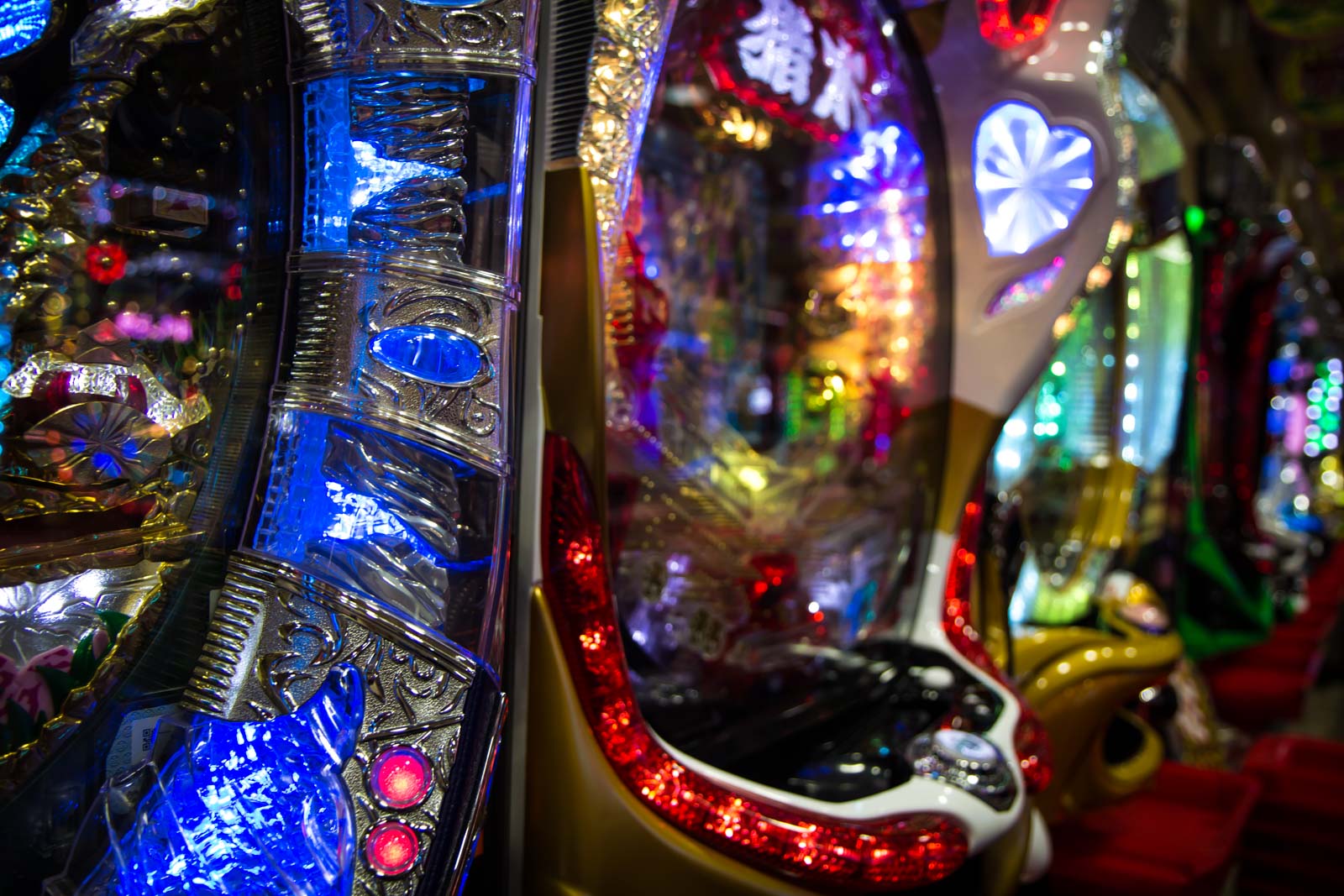 As for me… well, thankfully pachinko has not an addict made. I could see myself spending a lot of time and money in these parlours if I understood what was going on – the lights and the music are all pretty cute. But perhaps there’s a lesson to be learned here for governments all around the world. If you want to tackle problem gambling, just put everything in Japanese!