The Japanese consider their 122nd leader, Emperor Meiji, to be the founder of modern Japan.

Not in a political or geographical sense – the country was well and truly established by the first 121 emperors. But in a cultural sense, he laid the foundations for the country which we know today.

It’s for this reason he is commemorated at one of the most important landmarks in Tokyo – the Meiji Shrine (which obviously bears his name).

Emperor Meiji died in 1912 and, in the years before his death, he faced a period where Japan was being forced to open itself more to the world.

But rather than continue with the isolationist attitude of his predecessors and fight the tides of globalisation, he carved out a path that would lead to the rise of Japan in the 20th and 21st centuries.

He took the initiative to promote harmonious relationships with other cultures, introduce the ways of the Western world and develop technology from overseas – but do it all while preserving the unique traditions and identities of his nation.

If that sounds like modern Japan, you’re right. Emperor Meiji moulded a society that looks very similar to the one I’m visiting now – one that has survived war, depression and cultural imperialism without losing its identity or its friends (in the long term… let’s not talk about that difficult period in the 1940s).

The Meiji Shrine in Tokyo

The people of Japan had so much love and respect for Emperor Meiji that they wanted to give his memory a gift after his death.

The large forest the Meiji Shrine sits in was donated by the public. In total, more than 100,000 trees were gifted to build the park which is still an oasis of green in the world’s largest city.

The main shrine buildings in the centre of the park are made from Japanese cypress with copper plates for the roof. The current buildings were constructed in 1958 after the original ones were bombed during thee Second World War (remember that difficult period I mentioned just before?).

In the central complex there is also a sacred music hall and some smaller buildings used to house artwork. Further afield, in the forest, you can find a treasure museum and a martial art training hall.

The Meiji Shrine is one of the busiest sites in Tokyo for tourists. There’s a steady stream constantly walking underneath the enormous tori gates at the entrances.

I doubt most people come here because they are interested in Emperor Meiji and want to see his shrine and learn more about his life. But we would be disrespectful not to pay him some credit.

Without his foresight and guidance of Japan, we might still not be welcome here!

THE BEST ACCOMMODATION AT TOKYO STATION

Tokyo is a huge city and there are lots of different areas you could stay. For tourists, I would recommend either around Tokyo station or Shinjuku.

If you’re looking for a backpacker option, you can get comfortable dorm beds at the great Wise Owl Hostel.

Tokyo is expensive but APA Hotel Ginza-Takaracho is a good price for a nice hotel near the station.

For a trendy modern hotel close to the station, I think you’ll like The Gate Hotel Tokyo by Hulic.

And for one of the best hotels in Tokyo, I would recommend The Peninsula.

THE BEST ACCOMMODATION IN TOKYO: SHINJUKU

Staying in Shinjuku puts you in one of the busiest parts of city, which is great for exploring during the day and at night.

For backpackers, you can get good dorms beds at the cool Imano Hostel.

An affordable hotel in central Shinjuku is IBIS Tokyo Shinjuku.

If you’re looking for a cool design hotel, then Bespoke Hotel Shinjuku is a great choice.

And for a luxury stay, you can’t go past the gorgeous Park Hyatt. 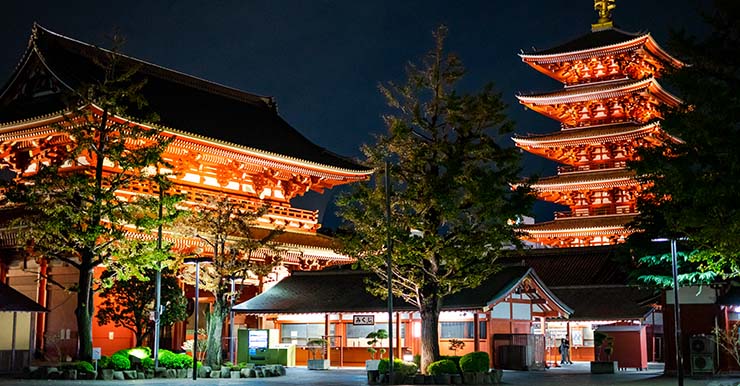