London’s Olympics Games are just around the corner and in the host city there’s a buzz developing that even the British composure can’t mask. As the 2012 signs and flags begin to appear in the streets, the last of the construction and makeovers are being hurriedly finished.

At the Olympic Stratford site itself, a huge tract of land in the east of the city, it seems that some people just can’t wait until the games kick off.

There’s still a lot of building work going on at the site and the whole area is cordoned off to the public… but that’s not stopping the tourists. From a viewing platform near the stadium, tour groups are gathered listening to guides explain how the area will soon look and, as is the case with every Summer Games it seems, explain why this will be the best one yet. 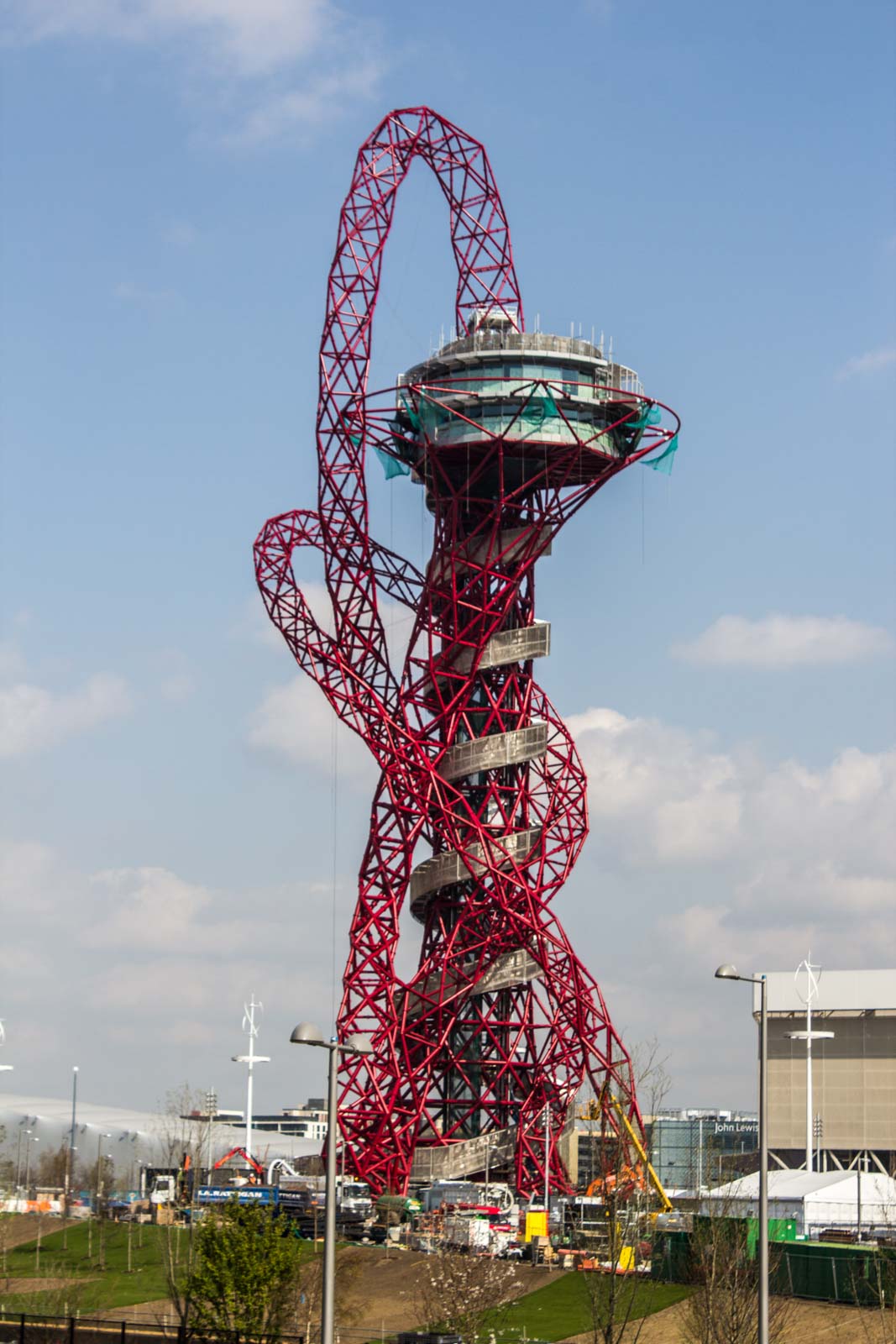 “There are two things that people care about at a stadium,” one guide tells a group of relatively elderly visitors, “and that’s going to the loo and getting a cup of tea.”

“This stadium has no facilities inside the seated areas, which allows it to have this conical look. All the loos and food and drink stands are on the promenade around the bottom of the stadium.” 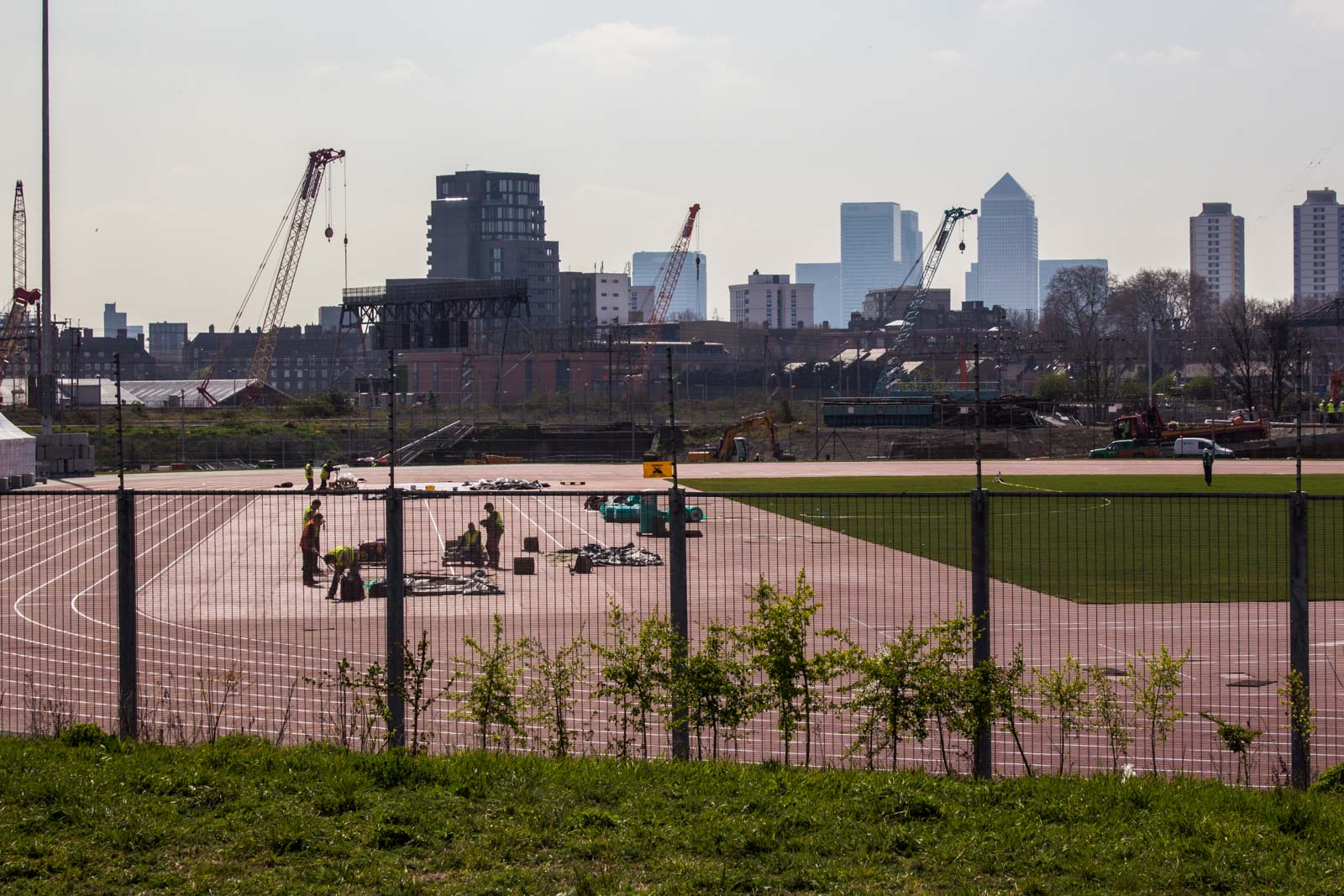 Ooh, ahh, they take a few photos of the purple boxes on the promenade that in three months time will have queues of spectators waiting to relieve themselves.

There’s not much else to see from this distance other than the fluoro-clad workers toiling underneath cranes and between trucks carrying building materials in and out of the site.

The structure of the US$750 million dollar stadium is there but some of the final touches are yet to be added.

Right now you can see the platforms, cables and pulleys that will be used by Danny Boyle for the spectacular opening ceremony. 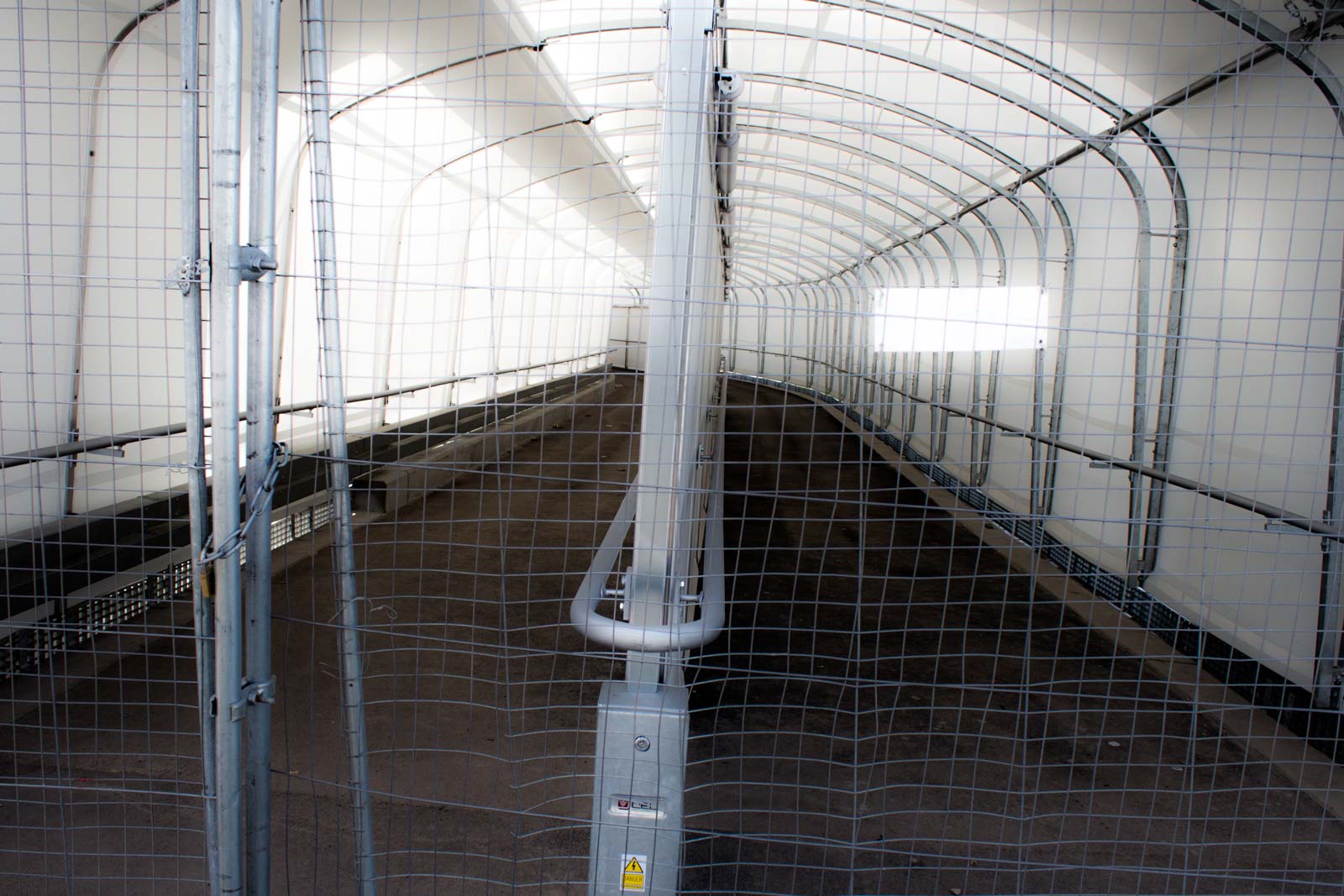 At one edge of the Olympic site stands the enormous Westfield shopping centre on a block of land that was owned by the shopping centre giant before London won the bid but on which development was accelerated on news of the bid’s success.

In between there and the curious tourists are about half a dozen other sporting venues.

The inflatable grey roof of the water polo centre is instantly recognisable. The temporary extensions of the aquatic centre are also easy to spot, like two large white wings captured mid-beat.

They’ll be used for seating during the games but then removed when the building is turned into a permanent public site. It’s strange to observe how much effort and money is going into an area that will be used primarily for such a short time. During that time, though, this will be the centre of the world’s attention.

There are very few events that can attract the eyes of billions of people around the world – the Summer Games is one of them.

The groups of tourists here today may have one of the first looks at the site. Soon it’ll be your turn.