To appreciate the beauty, you must endure the hardships of the journey. That seems to have been the ethos of the ancient Japanese who built the shrines and temples in the south of the Kansai region. These old strongholds of religion were the destinations for pilgrims of the time but there was much for them to learn about themselves on the paths to get there. 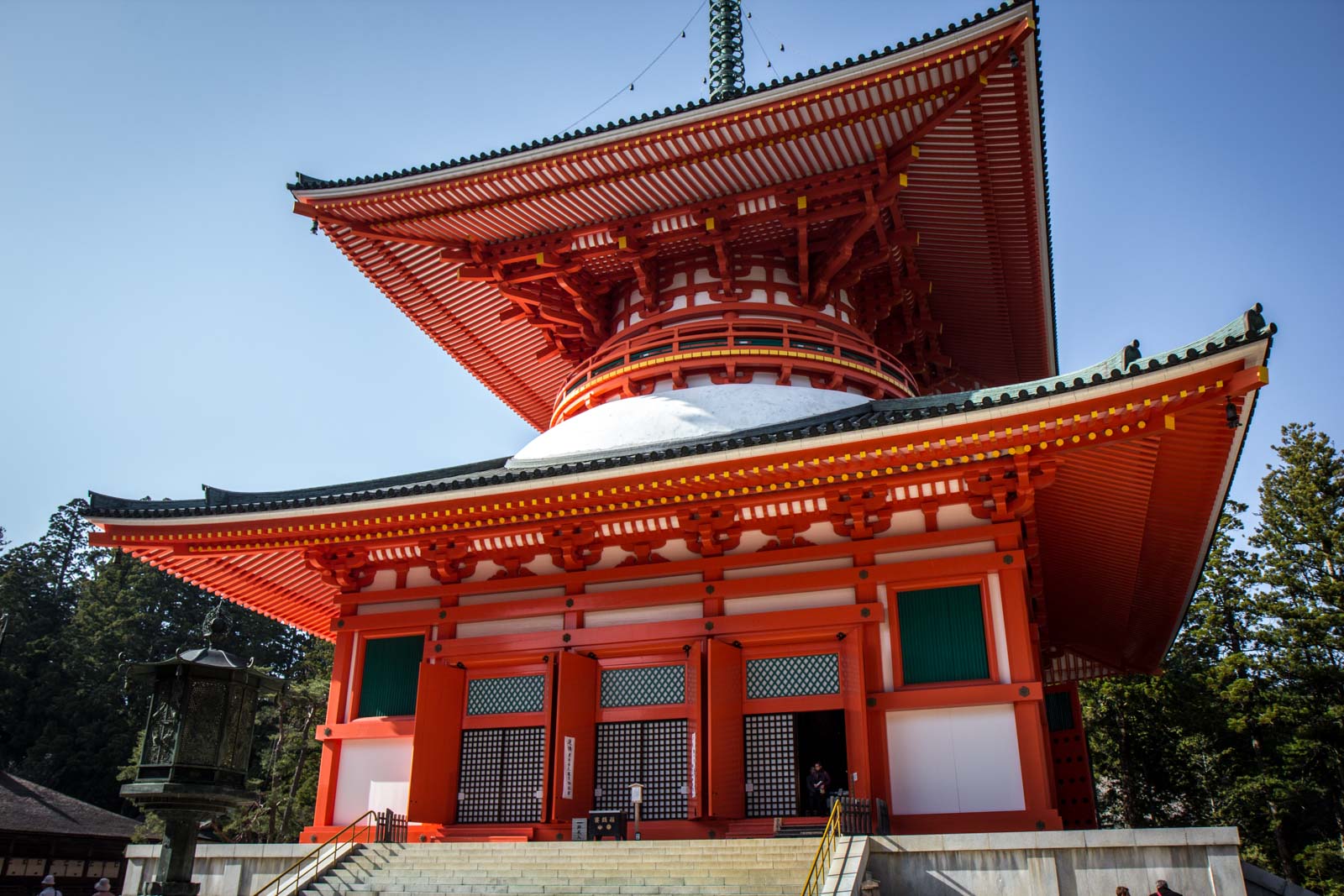 The pilgrimage routes which linked the temple sites in the forests to the ancient capitals of Kyoto and Nara were not easy paths to follow. They were scenic, sure… but they were intentionally difficult. The makers of these small roads through the Kii Mountains deliberately took them up steep inclines and through rugged bushland. In only a few places were steps or footpaths built. Suffering the arduous trip brought the pilgrims closer to divinity. 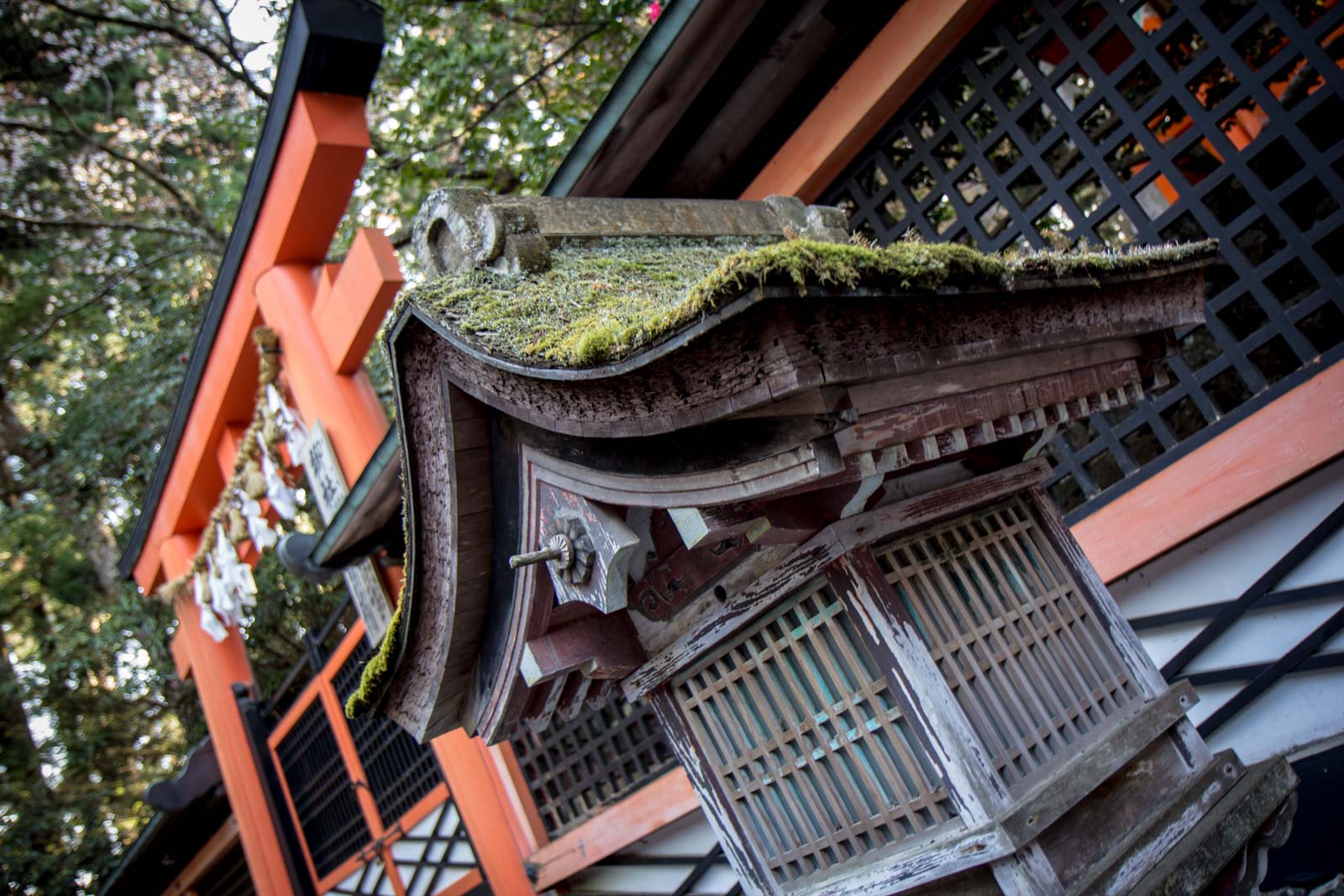 These people, sore and fatigued, must have been amazed when they finally came to the temple complexes. Built amongst the forests in the ninth century, the shrines blend the natural elements with what would have been quite contemporary architectural design. Interestingly, they were also some of the first to blend Buddhism with Shinto – and that’s one of the things that make these sites so exceptional in the history of the country. 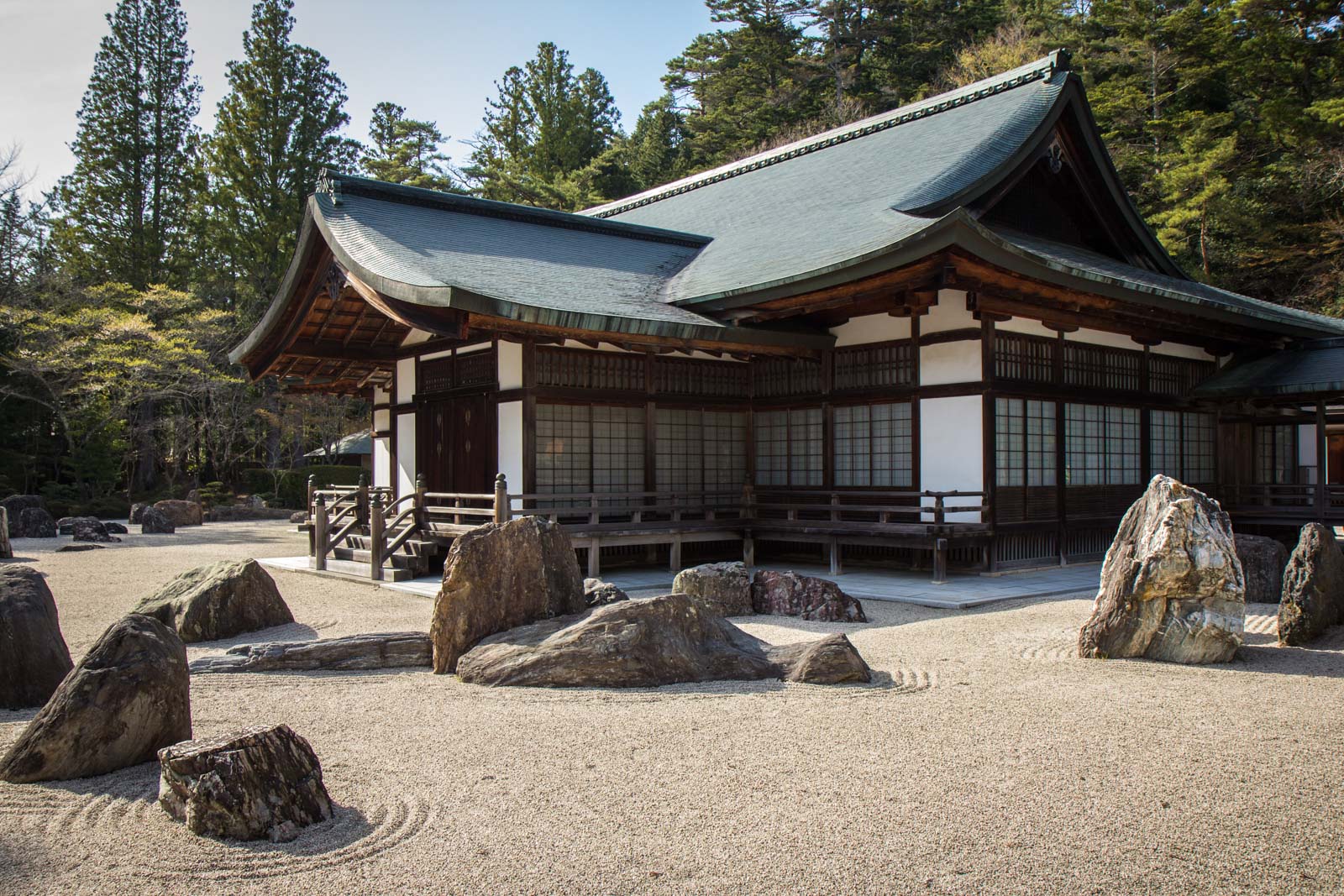 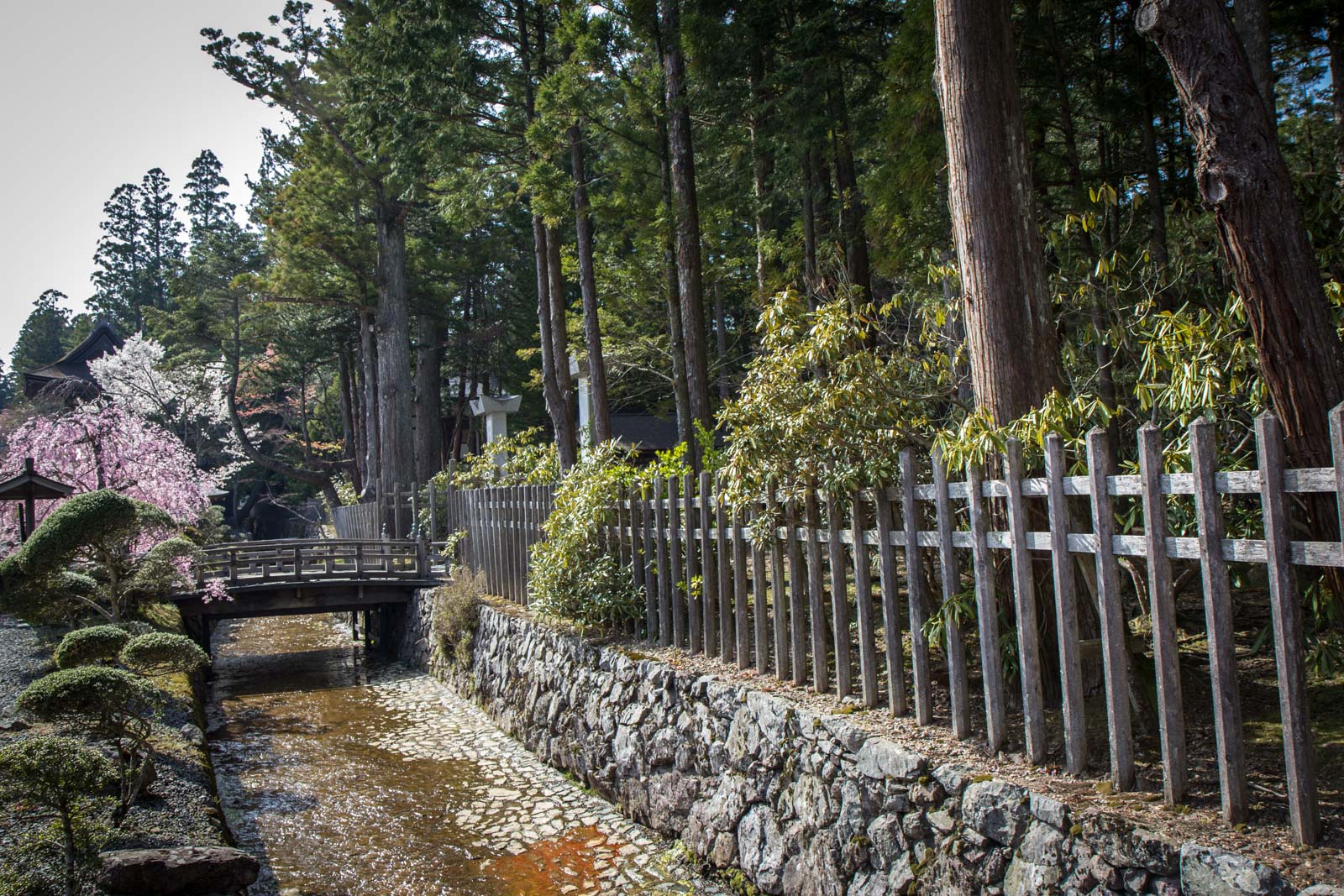 My own trip to one of the sites was arduous as well. OK, not in the same way as for those who trekked hundreds of kilometres on narrow dirt paths, but I got something wrong with the train timetable and ended up on a local service that stopped at every station from Osaka. Do you know how annoying that is?! But, as the forebears would have wanted, it made me appreciate the beauty of the destination even more. I had chosen to go to a place called Koyasan to see one of the three sacred sites that still remains from those days. The last leg of the journey was up the steep mountain on a cablecar and it was from this vantage point I realised how little development there was in this region. For a country so full of urbanisation, it was refreshing to see the green all around. I knew that not far away it would meet with the blue of the Pacific Ocean. 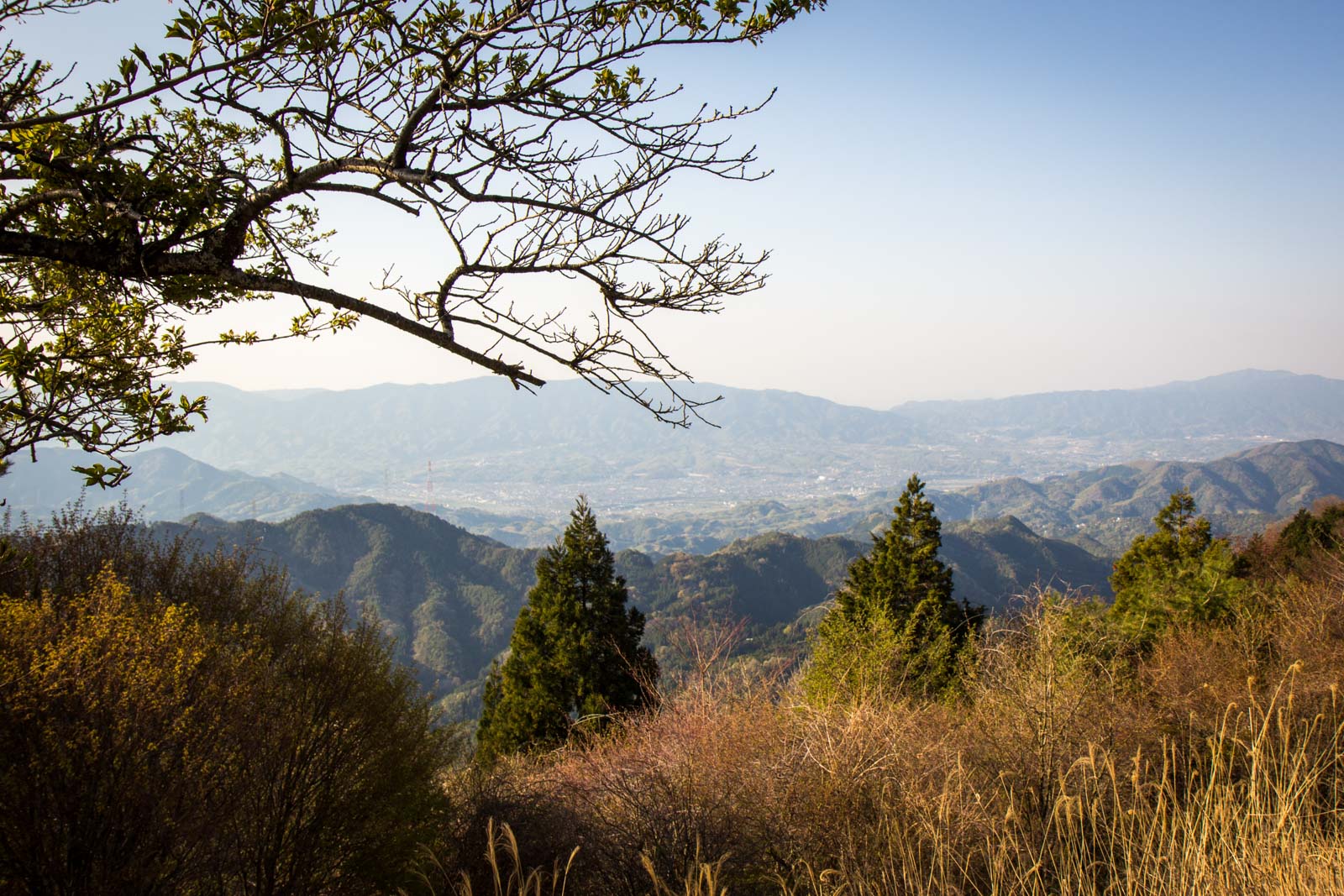 These days there are about 120 temples in Koyasan but, after walking underneath the enormous tori gate indicating my entry to the area, I headed first for the most famous: Kongobuji. One of the reasons it is so well known is because of the intricate paintings on the sliding doors inside, as you can see in these photos. 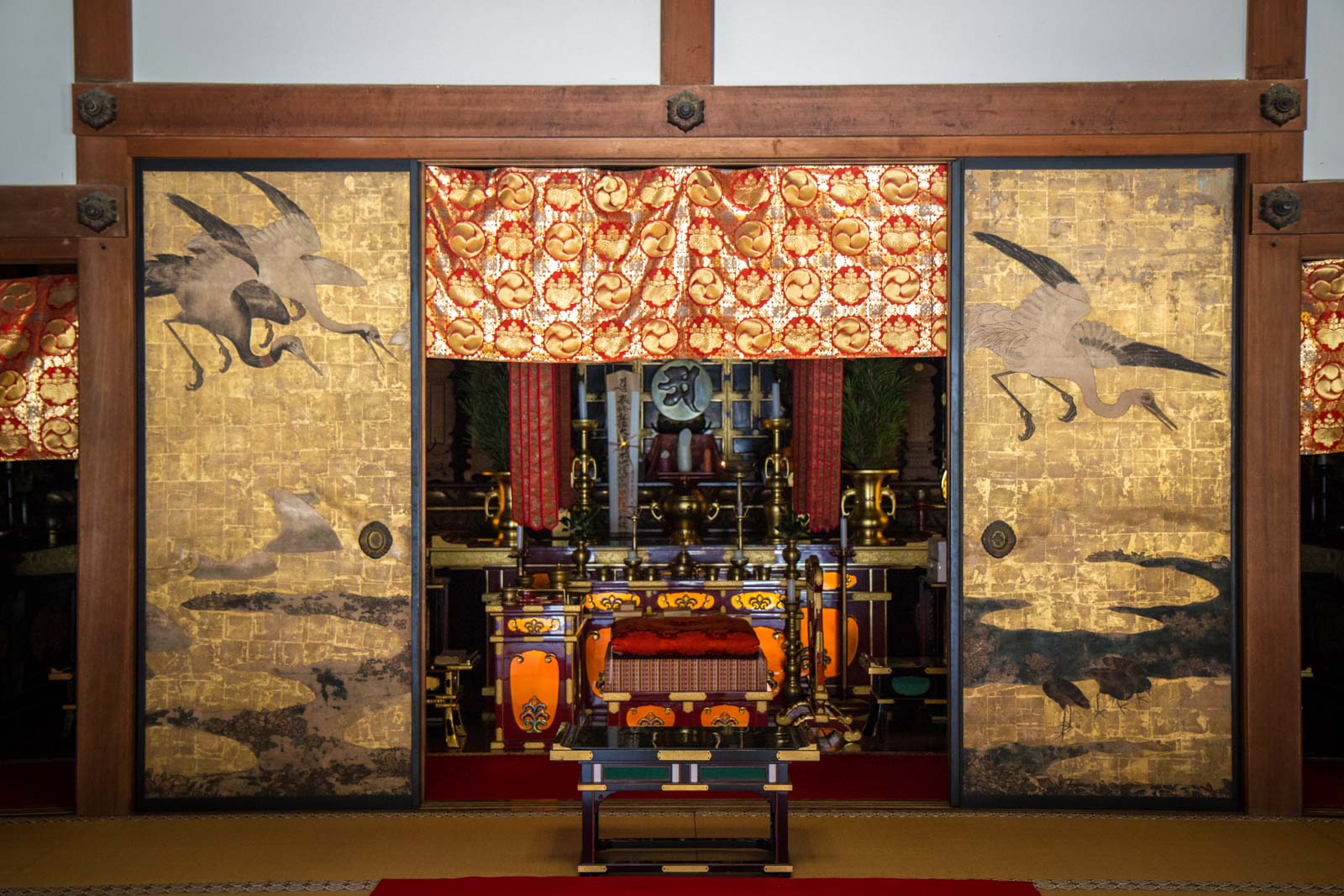 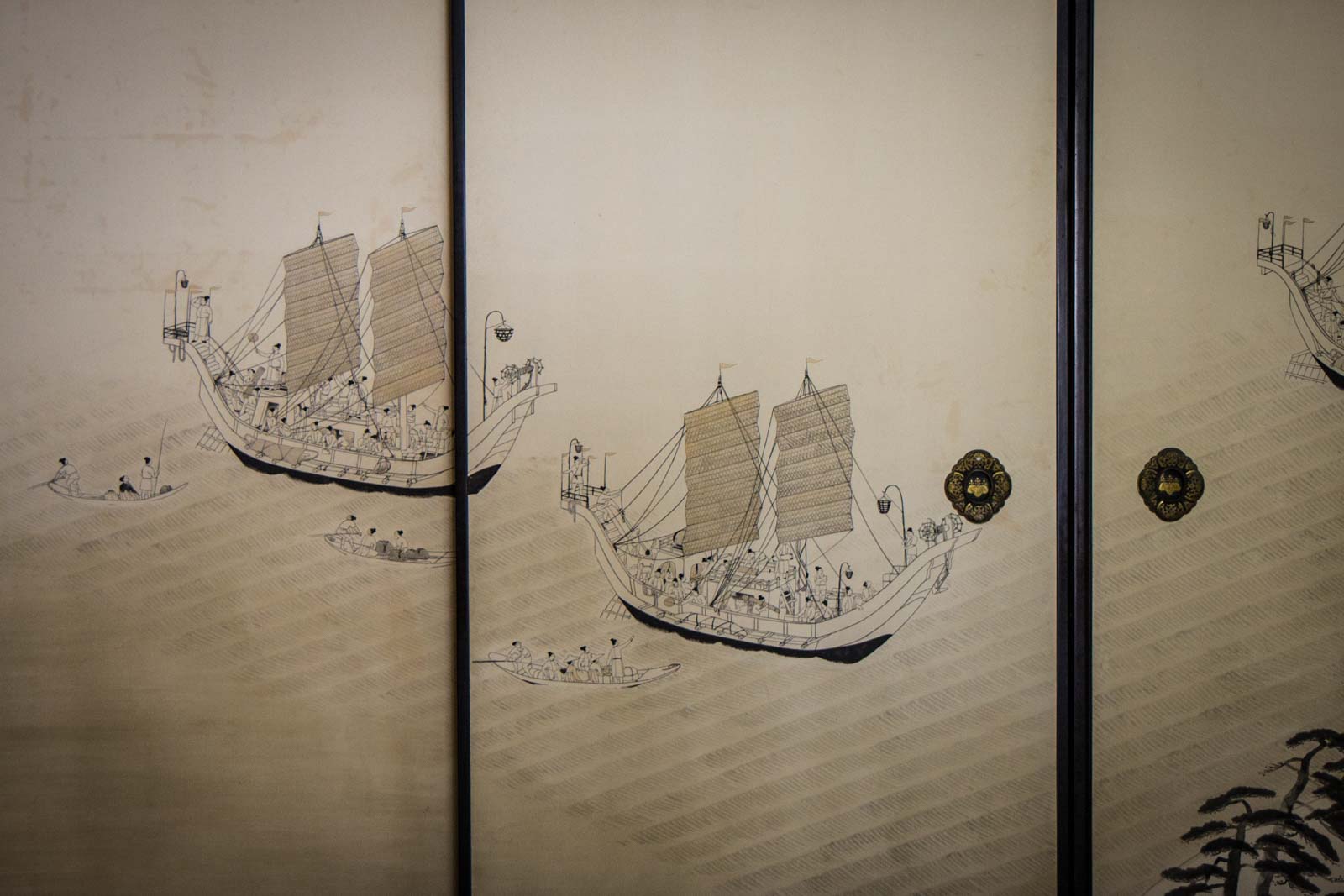 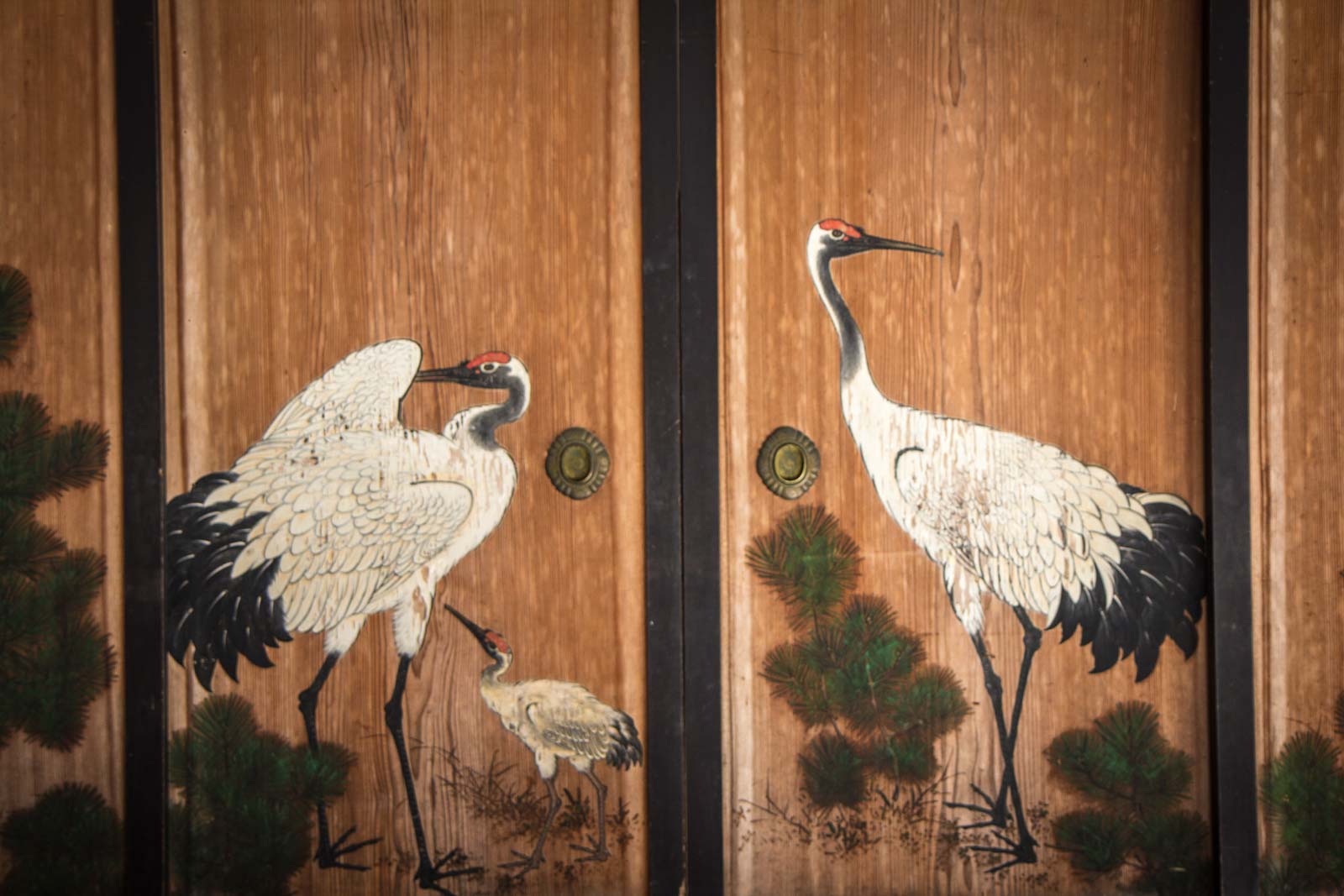 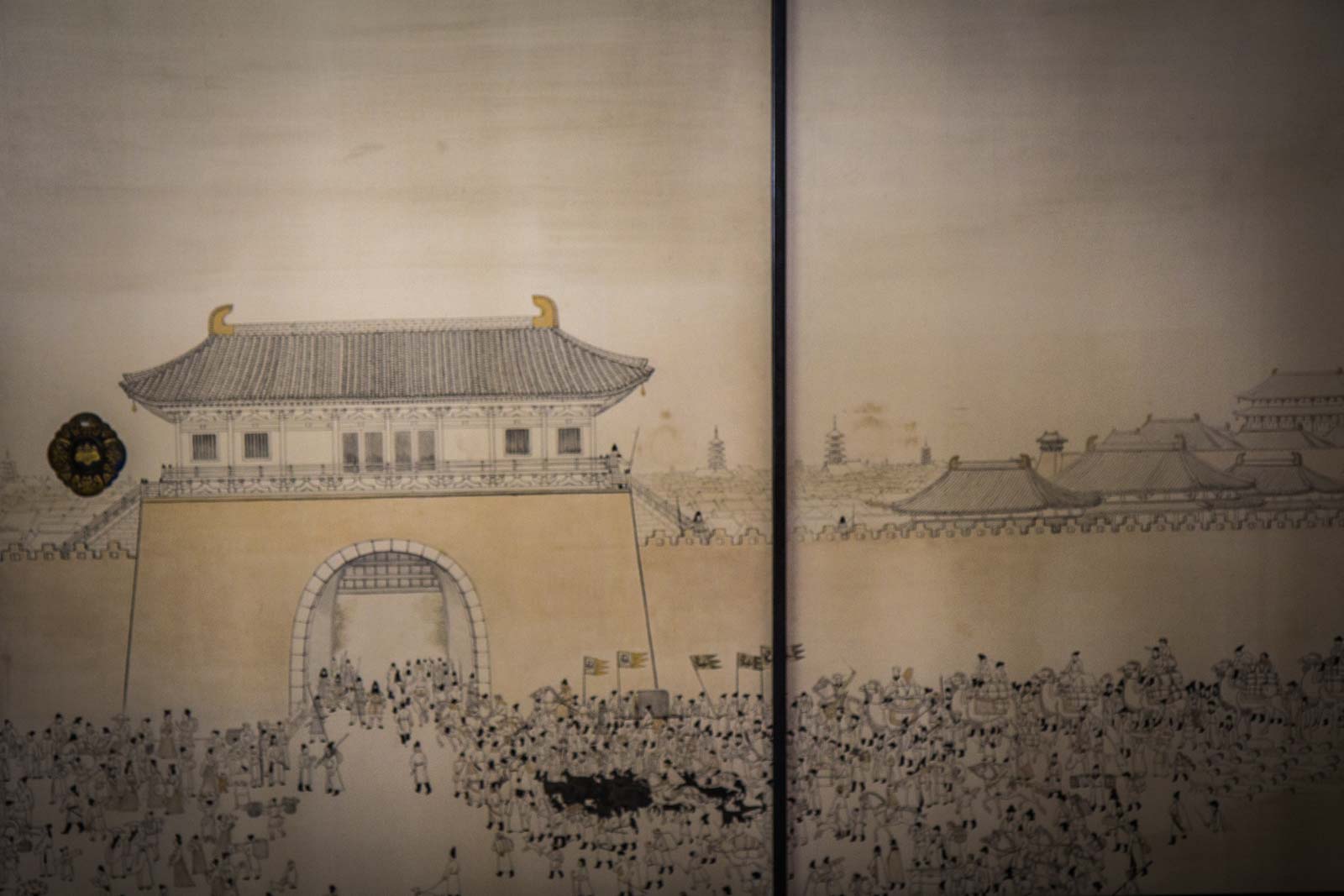 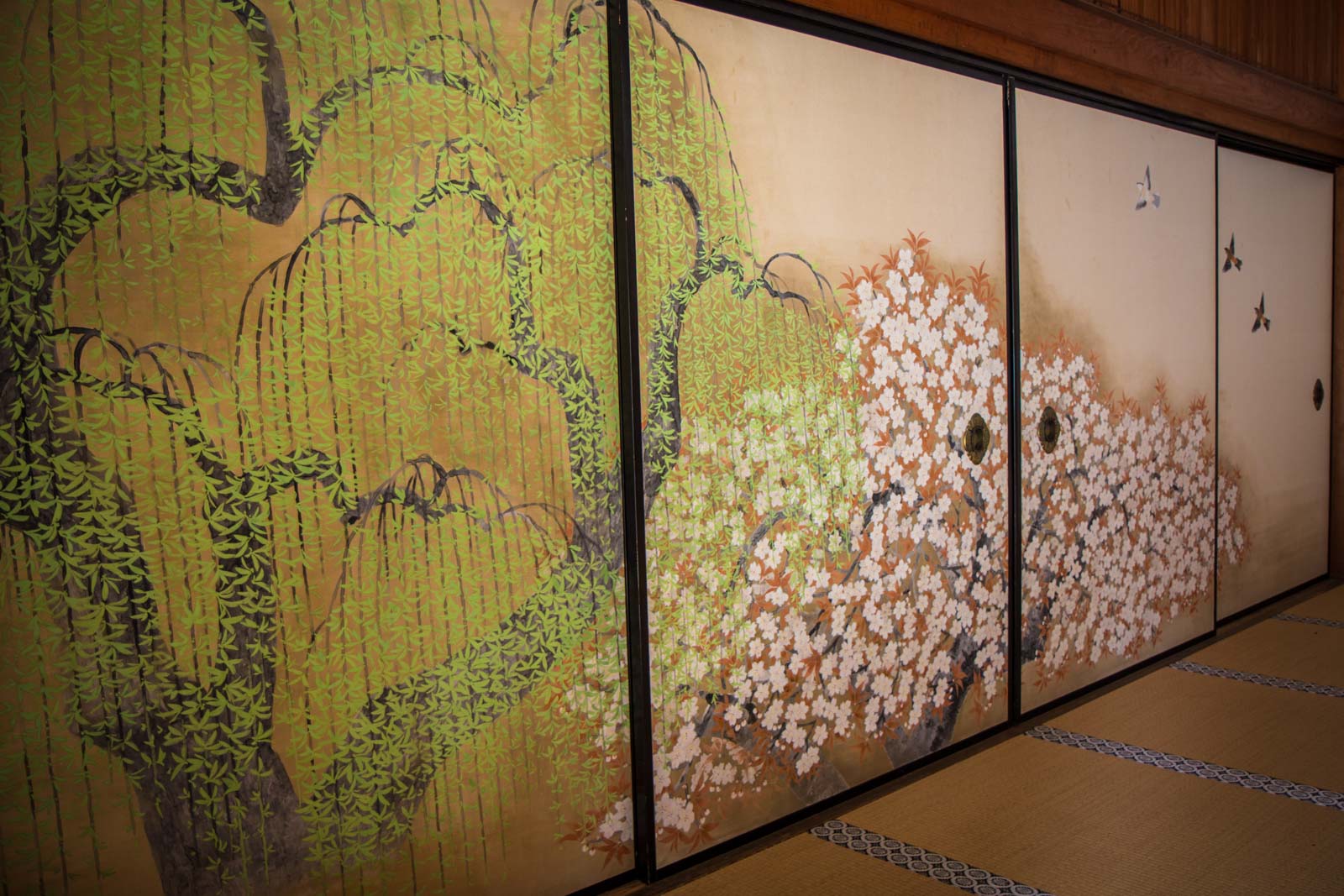 Wandering through the town, you definitely feel like you are somewhere spiritual. This location was chosen because it’s in a slight valley in the mountain and it was believed the eight peaks around it looked like a lotus flower. It’s that amalgamation with nature that gives it such an ethereal mood. There aren’t many places on Japan’s main island these days that are so quiet and fresh and the contrast just heightens the sensation. 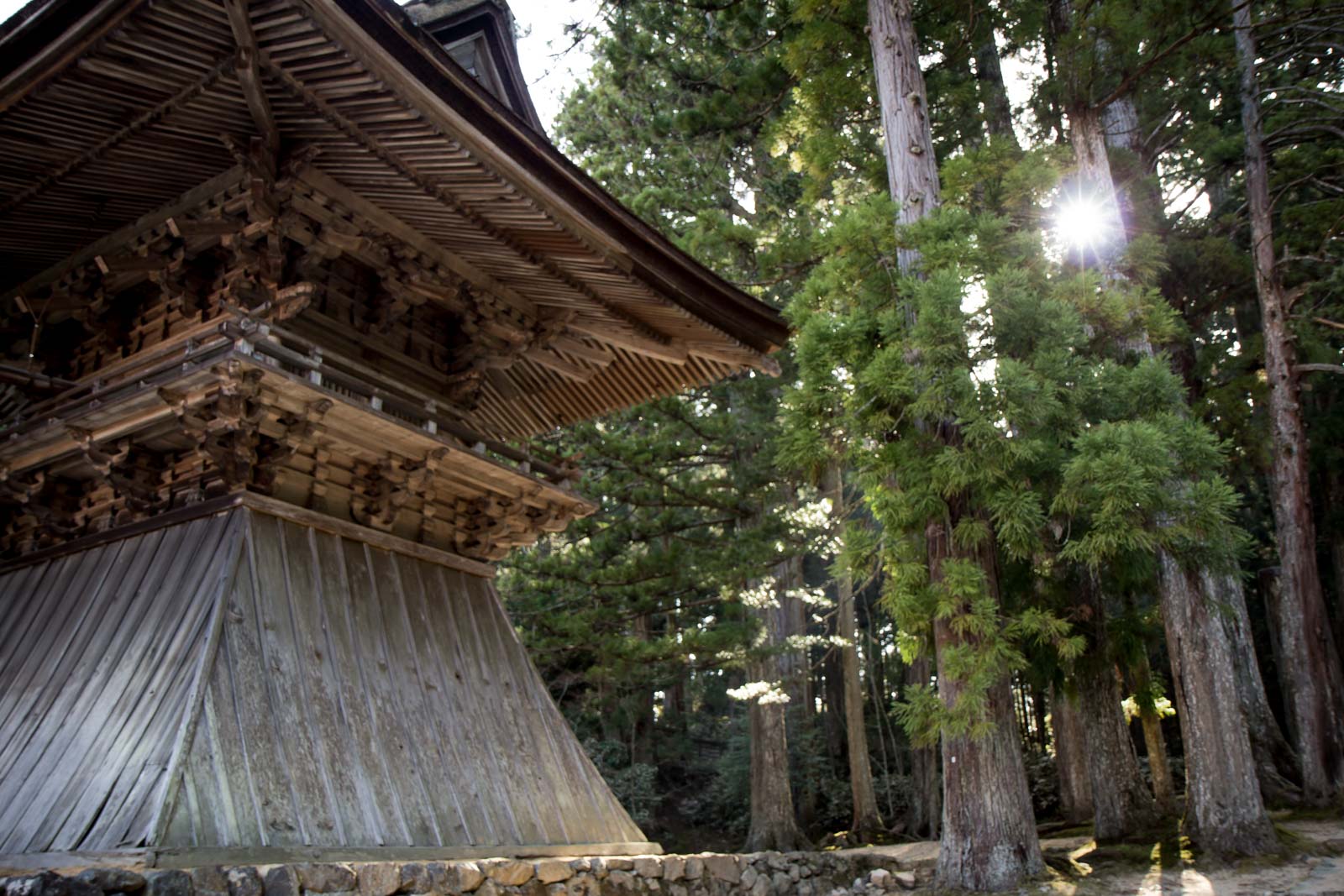 Escaping the noise of a big city would not have been a concern for those pilgrims more than a thousand years ago but this still would have felt like a sanctuary for them. Whether the hardships of the walk made them appreciate the beauty or just the chance to rest is probably debatable. But either way, the temple complexes like Koyasan were just as special then as they are now.