Japan’s northern island, Hokkaido, is vast and empty. Relatively empty of people, that is. In a country famous for its crowded metropolises where people live each day on top of each other, Hokkaido seems like a breath of fresh air… figuratively and literally.

Hokkaido officially has the lowest population density of any prefecture in Japan – but I do wonder what happens to that figure in winter.

Because, when the snow falls on the mountains here, skiers from all across the globe make their way to the island. Within the past couple of decades, Hokkaido has carved out a reputation for some of the best ski resorts in the world.

Now, though, Hokkaido is also getting more attention for its other seasons. In part, this is because people are discovering what’s on offer here – the nature, the culture, the food. But it’s also because there are some changes in what you’ll find – a result of its winter popularity.

There’s no better example than Niseko, the ski resort town about two hours’ drive from the capital, Sapporo. It has a permanent population of about 5000 people. But in the last winter seasons, there were 850,000 visitors!

To accommodate this many people, you don’t just need a lot of infrastructure – you need a good variety. And many of the new tourism developments in Niseko have been built with an eye to summer visitors as well.

The Ki Niseko, opened in winter 2014/2015, is one such place. This boutique hotel offers beautiful rooms, many with a superb view of the volcanic Mt Yotei. 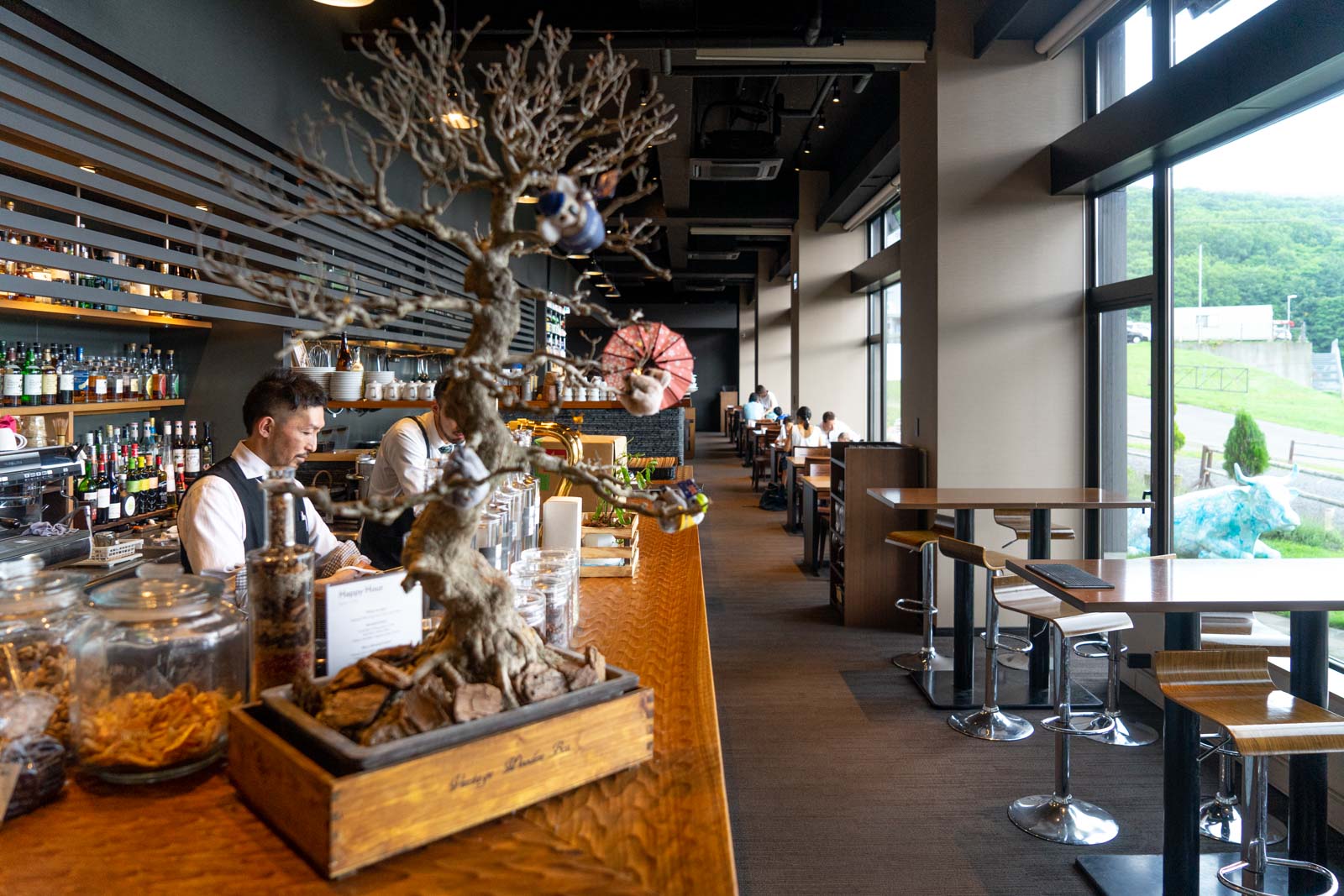 But I think it’s the restaurant that is one of the biggest drawcards. The executive chef, Shinichi Maeda, worked in Australia for more than a decade and he’s brought this international understanding back home with him.

When I visit, he’s using regional summer ingredients to create Japanese dishes with a modern twist. Even the little details, like grinding your own wasabi at the table, give the meal a local seasonal feel. 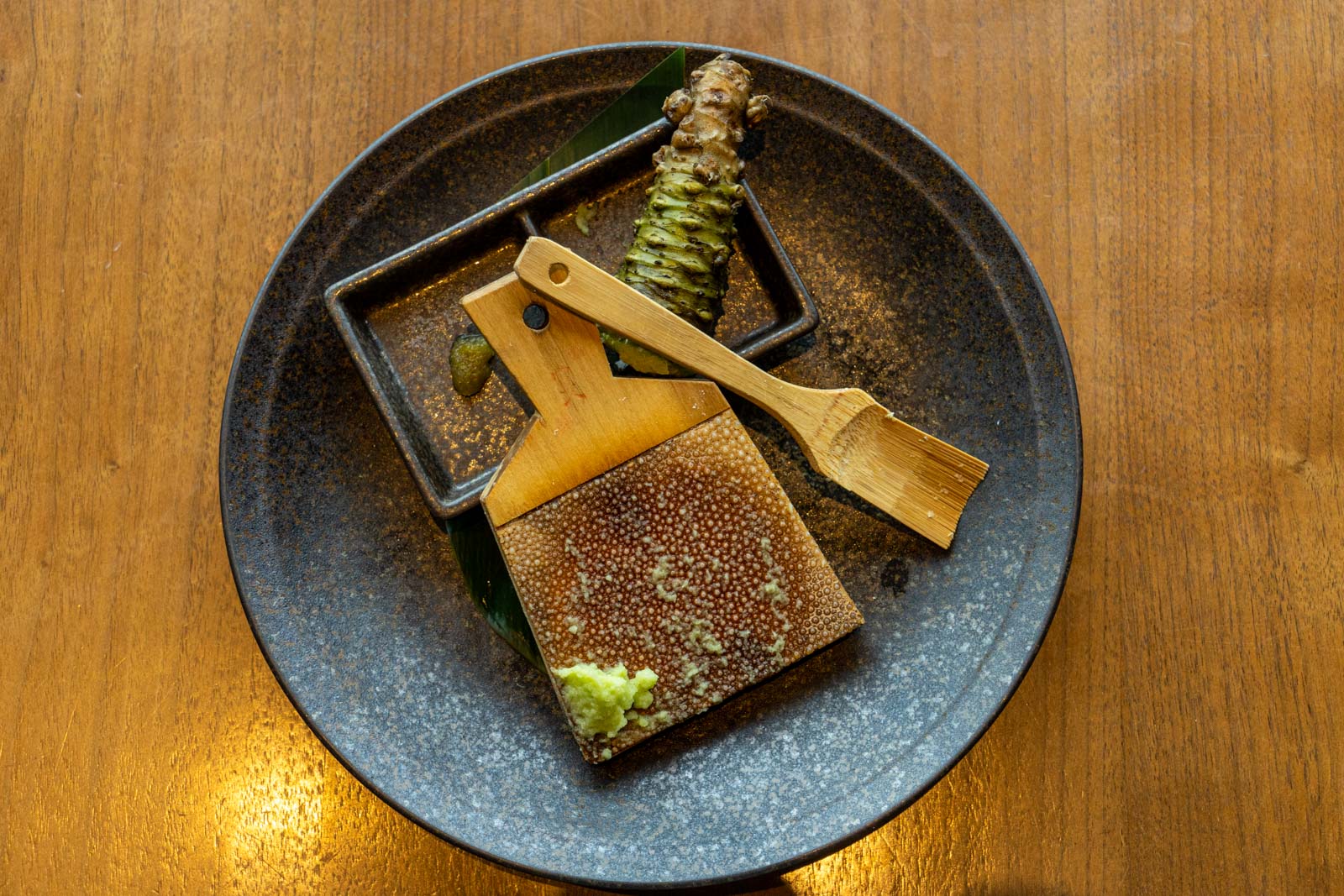 Winter is busy in Niseko but summer gives you the chance to relax and have a different kind of connection with the nature. That’s why many of the new hotels have tried to blur the line between the inside and outside in the warmer months.

One of the newest hotels, Skye Niseko, opened in December 2018 and is probably the best example of modern luxury in the town. 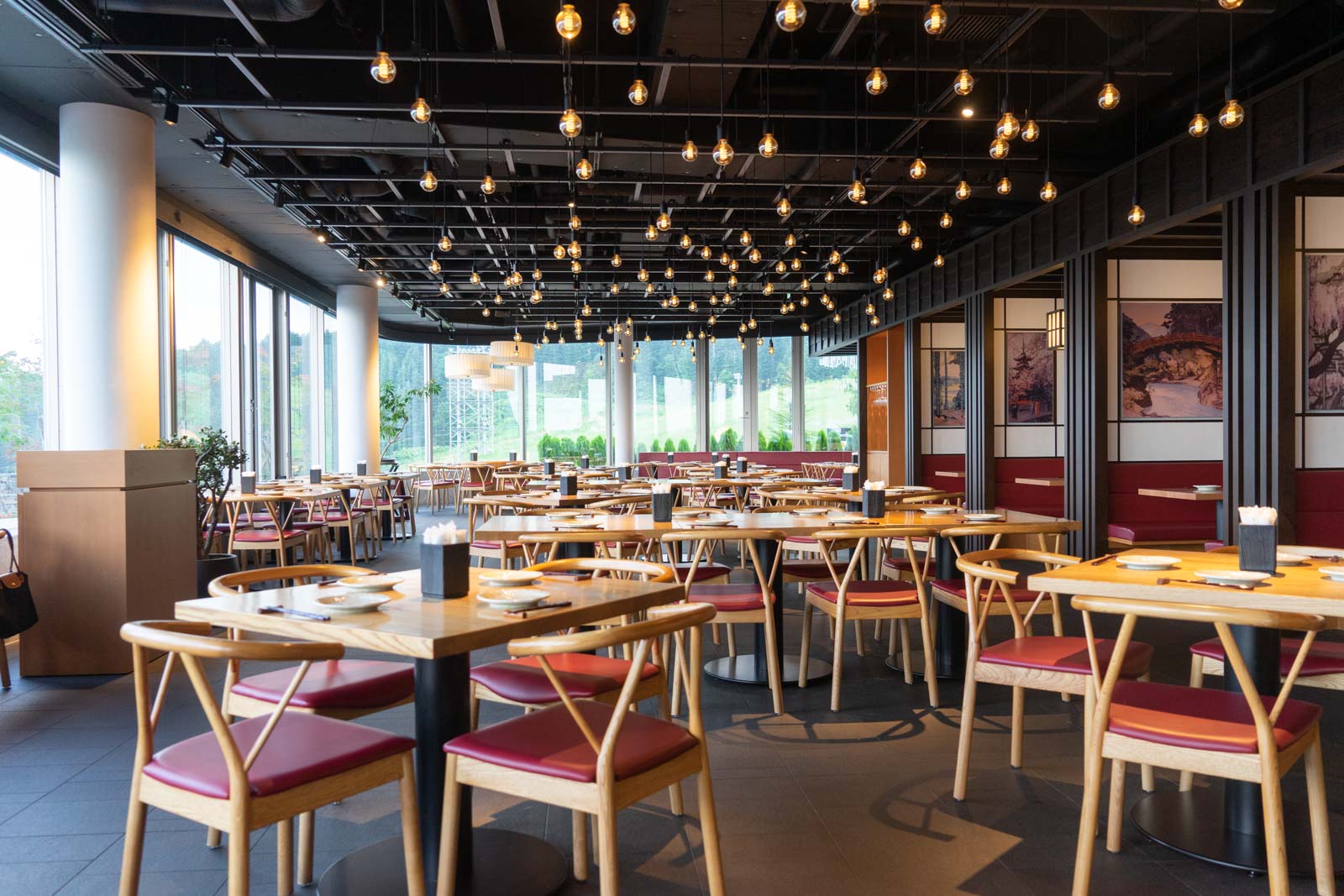 It doesn’t just have standard hotel rooms and suites, it also has special facilities for long stay summer guests – like a kitchen and washing machine, and a discounted rate.

But, again, it’s the restaurant that is one of the highlights. The Kumo restaurant has large windows to make the most of the natural light and superb views, while serving a variety of local dishes from gourmet to family-style. 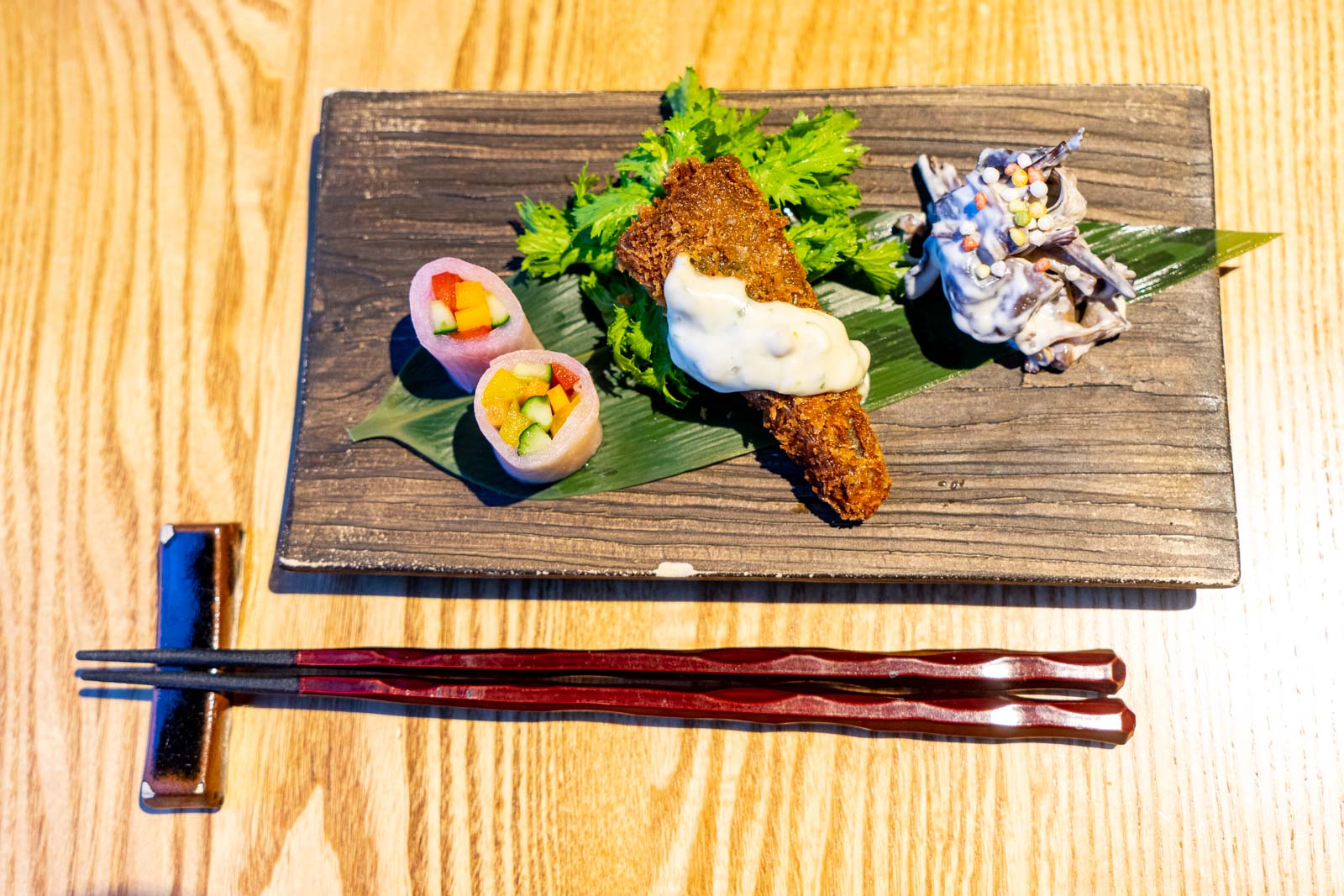 The landscapes here are not just for looking and, with the snow melted, suddenly there’s a whole new range of activities to do around Niseko.

There are hiking paths and trails for mountain biking. You can go horse riding or visit some local farms. And then there’s one of the most popular activities – white-water rafting.

Hokkaido is full of adventure, so I strapped on a helmet and life jacket and went rafting down the river near Niseko. Niseko is one of Japan’s most popular skiing destinations but there’s heaps to do here in the summer as well (and it’s a bit more relaxed without the crowds!)

The rafting takes place on the Shiribetsu River, which is one of Japan’s cleanest rivers. The water is highest in spring, as melted snow flows down from the mountains, and that’s when you’ll get the biggest rapids. In summer, it’s still fun but not difficult or dangerous, and I notice a lot of young children in rafts when I give it a go.

As well as the light adventure, the rafting takes you past some great views of the landscapes. And, on a hot day, there are some opportunities for a swim too.

It’s not just rafting where you see the Hokkaido landscapes pass by. Just driving in the island takes you among mountains and along rivers, with colours painted by the trees.

In summer, it’s worth visiting a few different locations and the easiest route to take is from Sapporo, through Niseko, and on to Hakodate.

Sapporo is Hokkaido’s capital and the largest city by far. There’s lots to do and it’s worth spending a couple of days in town.

I would suggest starting at one of the city’s icons – the Sapporo Beer Museum, where you can learn more about the beer that has become famous around the world. Taste a few of the different styles and have lunch at one of the museum’s restaurants. 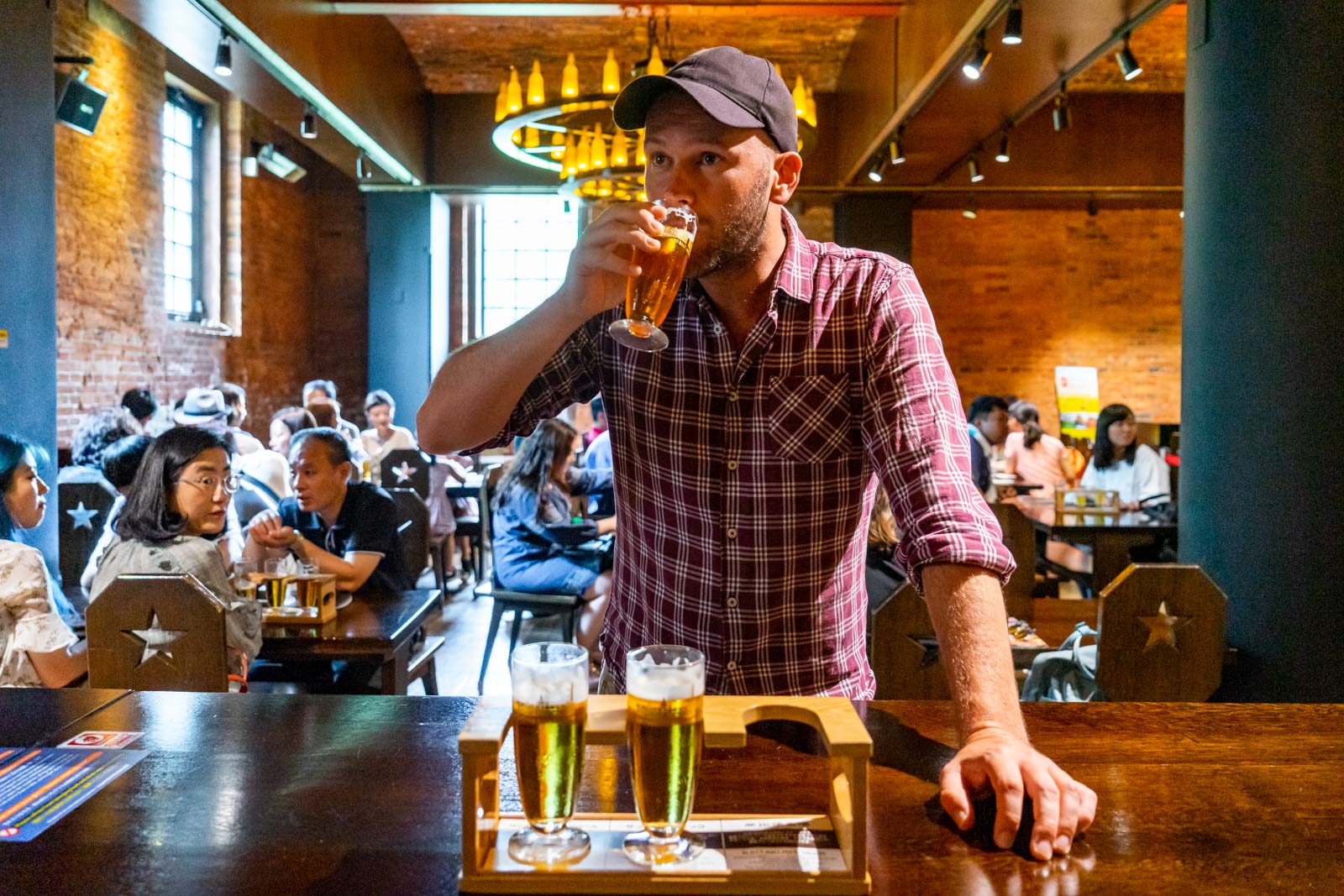 In the centre of the city, you’ll find more chances to taste local brews at the beer festival tents that are set up in Odori Park in summer. But even at other times of the year, this is a popular spot to see a bit of the city. At the end of the park is the Sapporo TV Tower, which you can go up for commanding views of the city and the mountains around it. 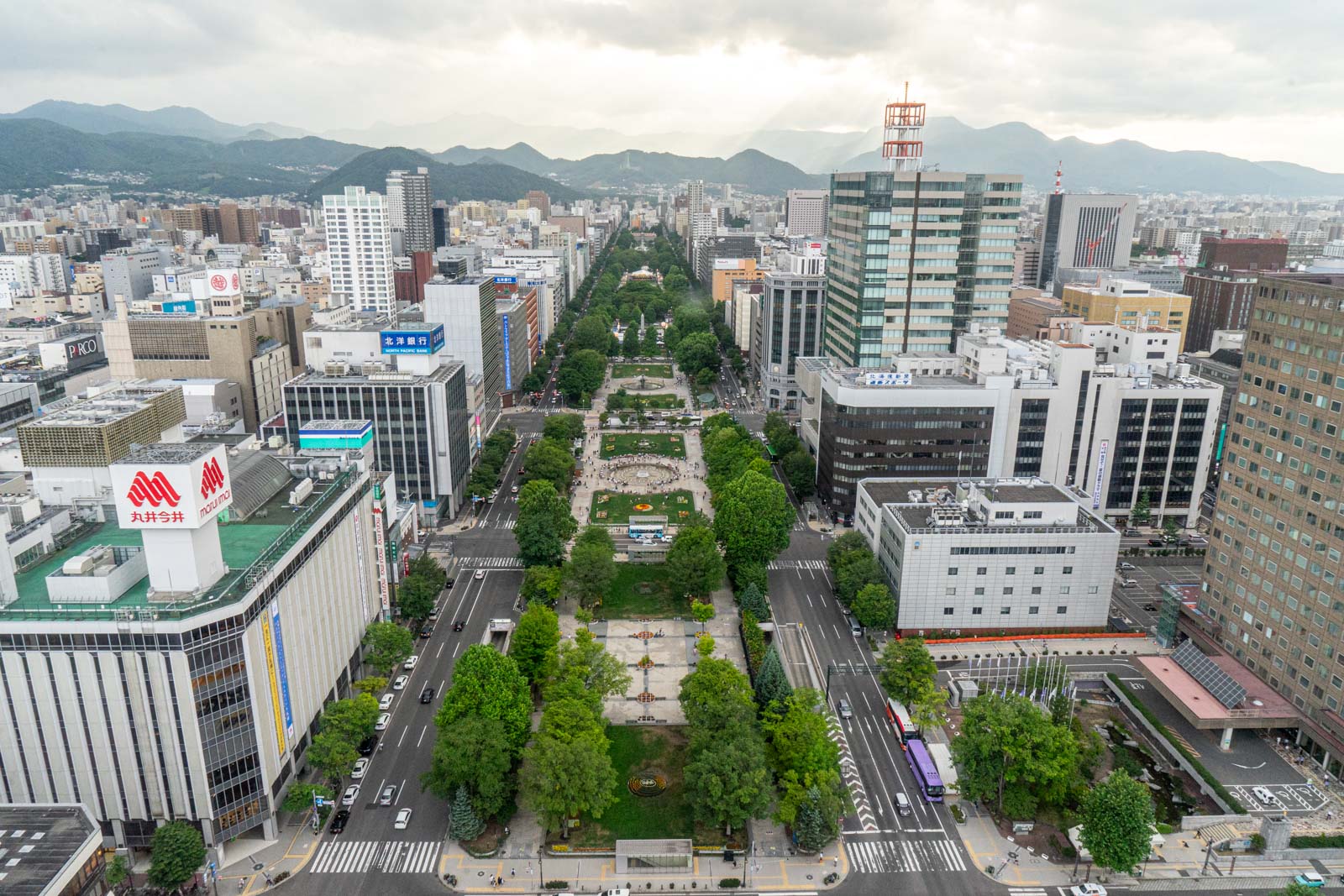 From the tower, you’ll be able to make out the Okurayama Ski Jump, which was used during the 1972 Winter Olympics. It’s one of the most famous attractions in Sapporo and you can take a small chairlift to the viewpoint at the top.

At the bottom of the chairlift is a very good museum, which tells the story of skiing in Hokkaido and has information about the Winter Olympics. Sapporo is hoping to host the games in 2030, so the exhibition may soon be expanded. 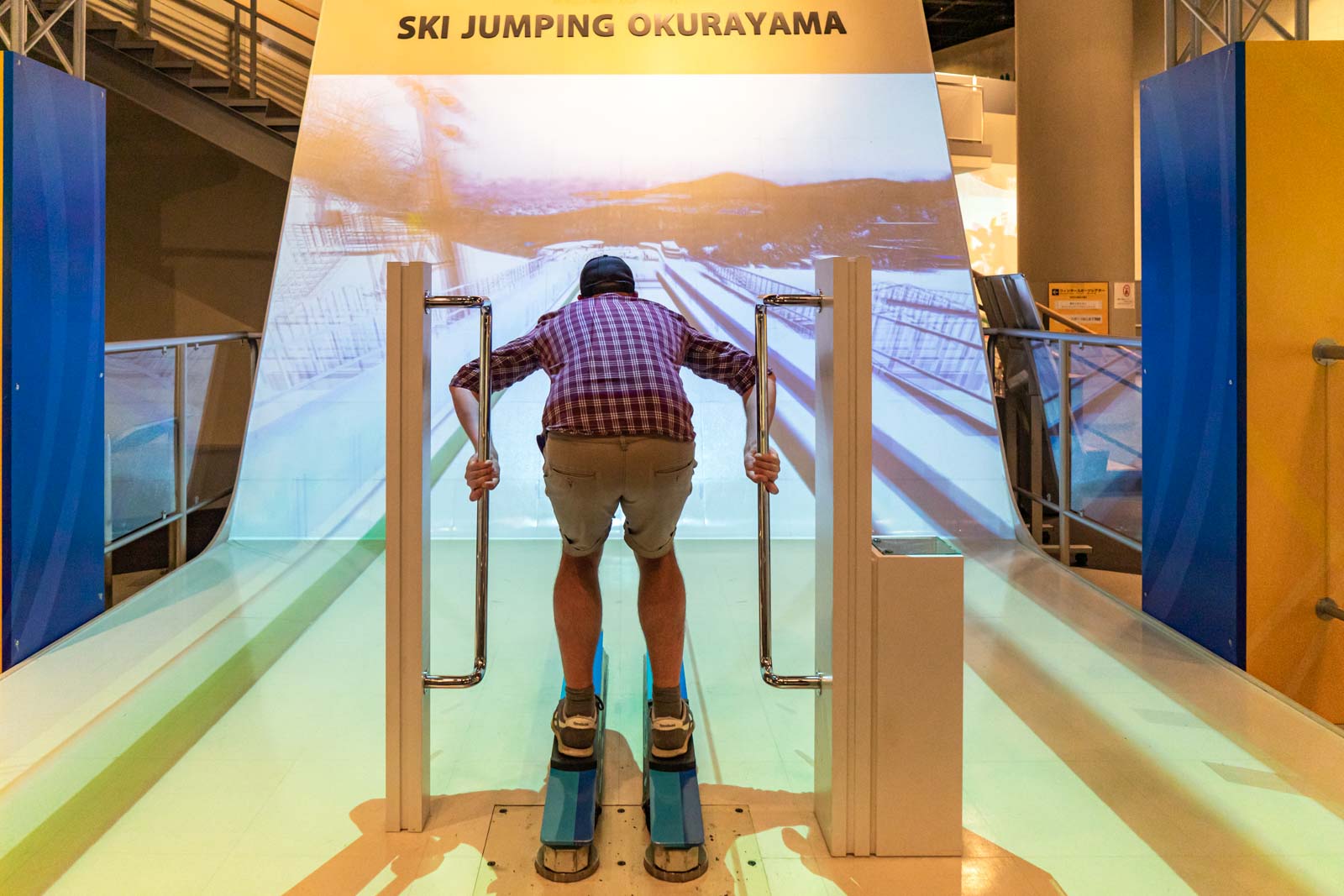 Heading back to the city centre from the ski jump, you’ll find the Hokkaido Shrine in the foothills. Even though there are  lot of similarities with the Shinto shrines in Japan, each of them is unique and I love to see the differences.

The Hokkaido Shrine is particularly beautiful and there’s something so peaceful about its integration within Maruyama Park. It’s certainly worth a visit. Beyond the traditional culture, Sapporo is actually a very modern city when it comes to entertainment. It’s famous in Japan for its nightlife, which is considered to be laidback but also quite hip. Perhaps no surprise considering beer and whiskey are such famous local products. 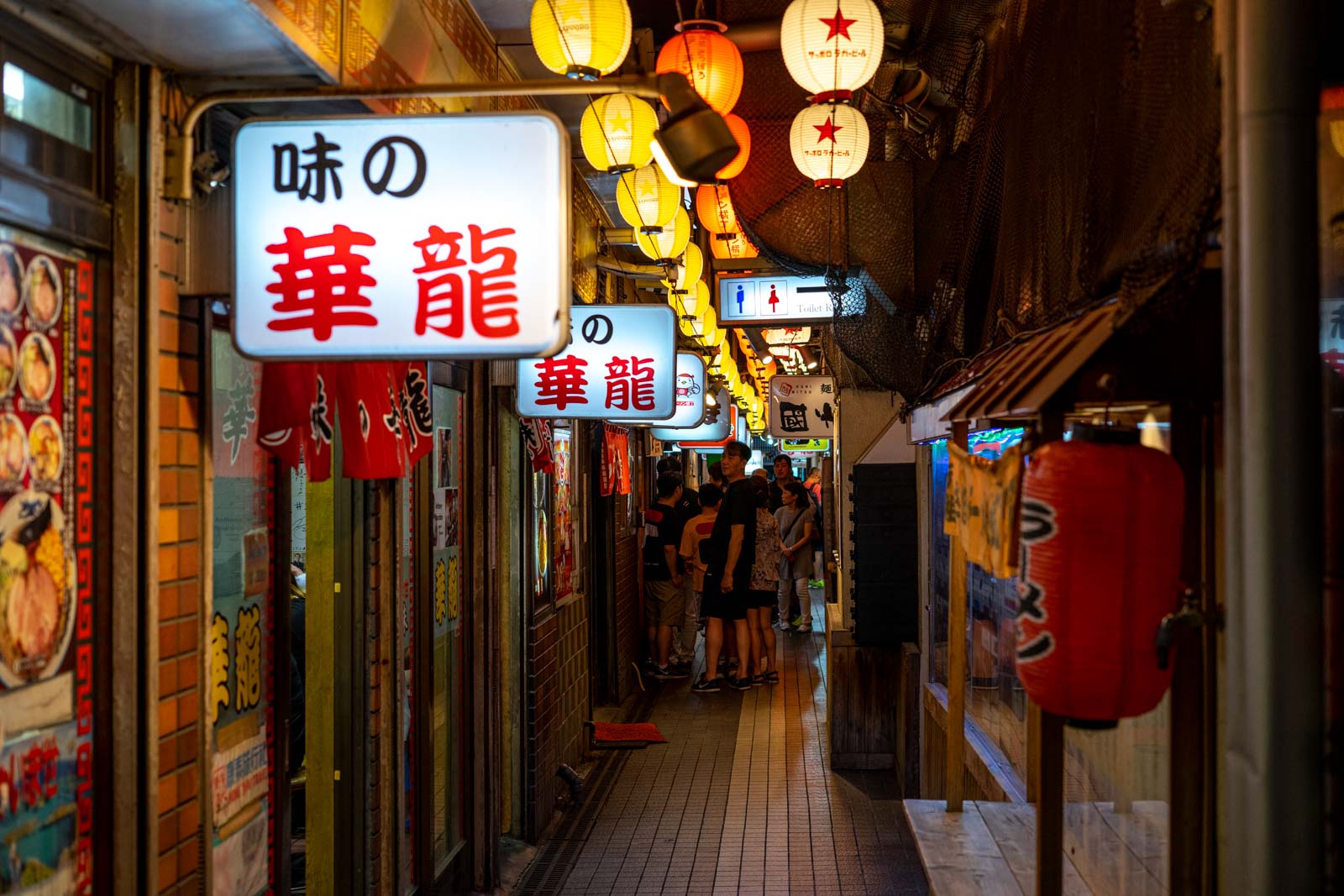 To get amongst it, head to the Susukino area where you’ll find a huge range of bars and cafes. It’s all very friendly – but a good place to start is at the ramen alley for a bite to eat.

Food is a big part of the experience here in Hokkaido. Not only are there interesting regional dishes, the produce is extremely fresh.

You’ll discover this pretty quickly in the city of Hakodate, about 2.5 hours drive south of Niseko. It was once a small fishing town and, even though it’s expanded since then, that’s still the atmosphere I find. 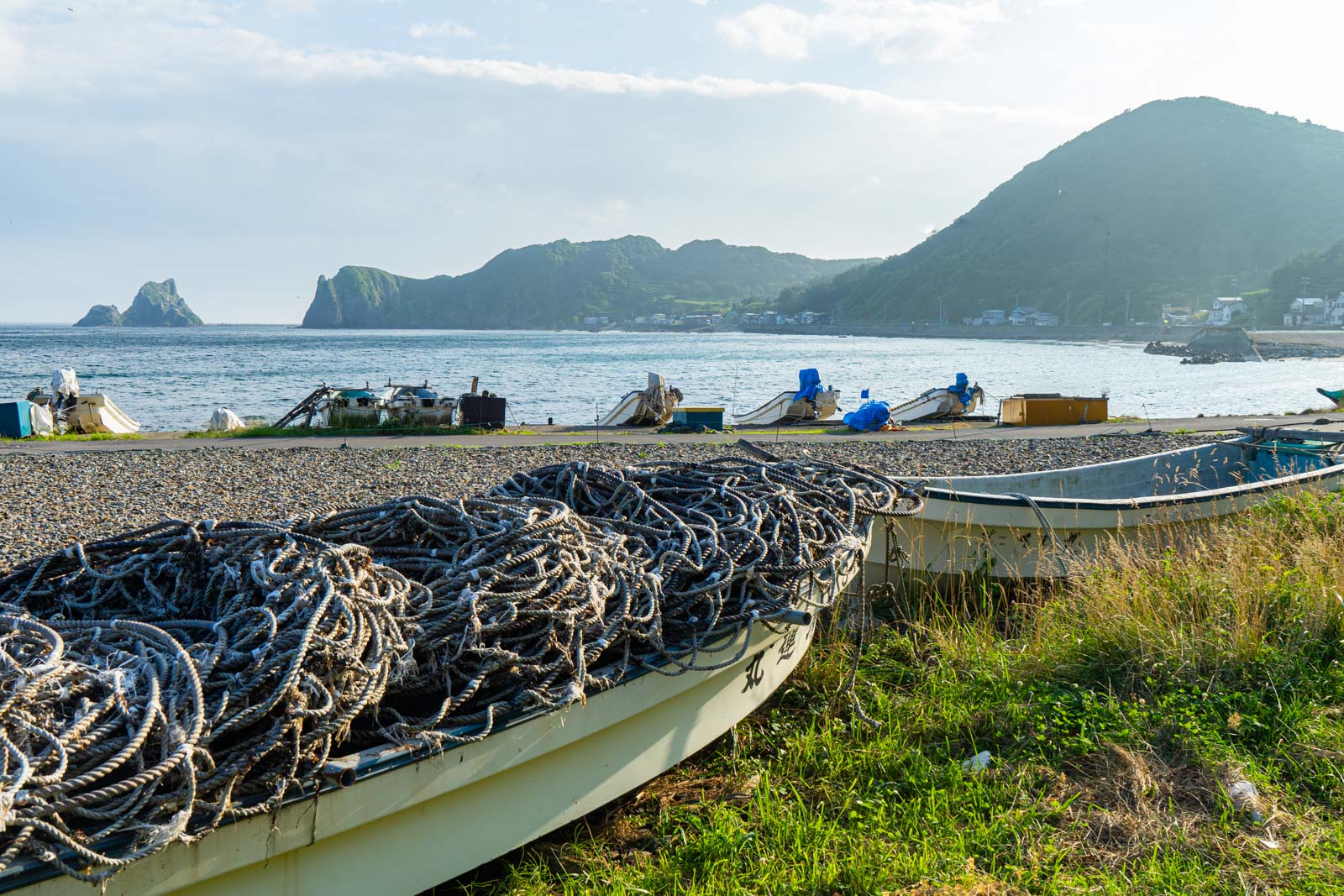 It’s most obvious at the Hakodate Morning Market (which still has this name, even though it’s open all day now). Wander amongst the stalls selling fresh seafood and then pop into one of the small restaurants to try some of today’s catch for yourself.

If you’re looking for a really special experience, I would also recommend heading out for a few hours with a local fisherman to try to catch some squid. I go with Hisaichi Takagawa, who has been fishing these waters for 42 years. Although I don’t have much luck, he catches enough to prove I can only blame myself! Hakodate was one of the first ports that Japan opened up to international trading and you can see evidence of that in the historical Motomachi neighbourhood.

Churches of different foreign religions, old consulate buildings, and trading buildings that have now been converted into boutique cafes and shops make this district popular with visitors still today. 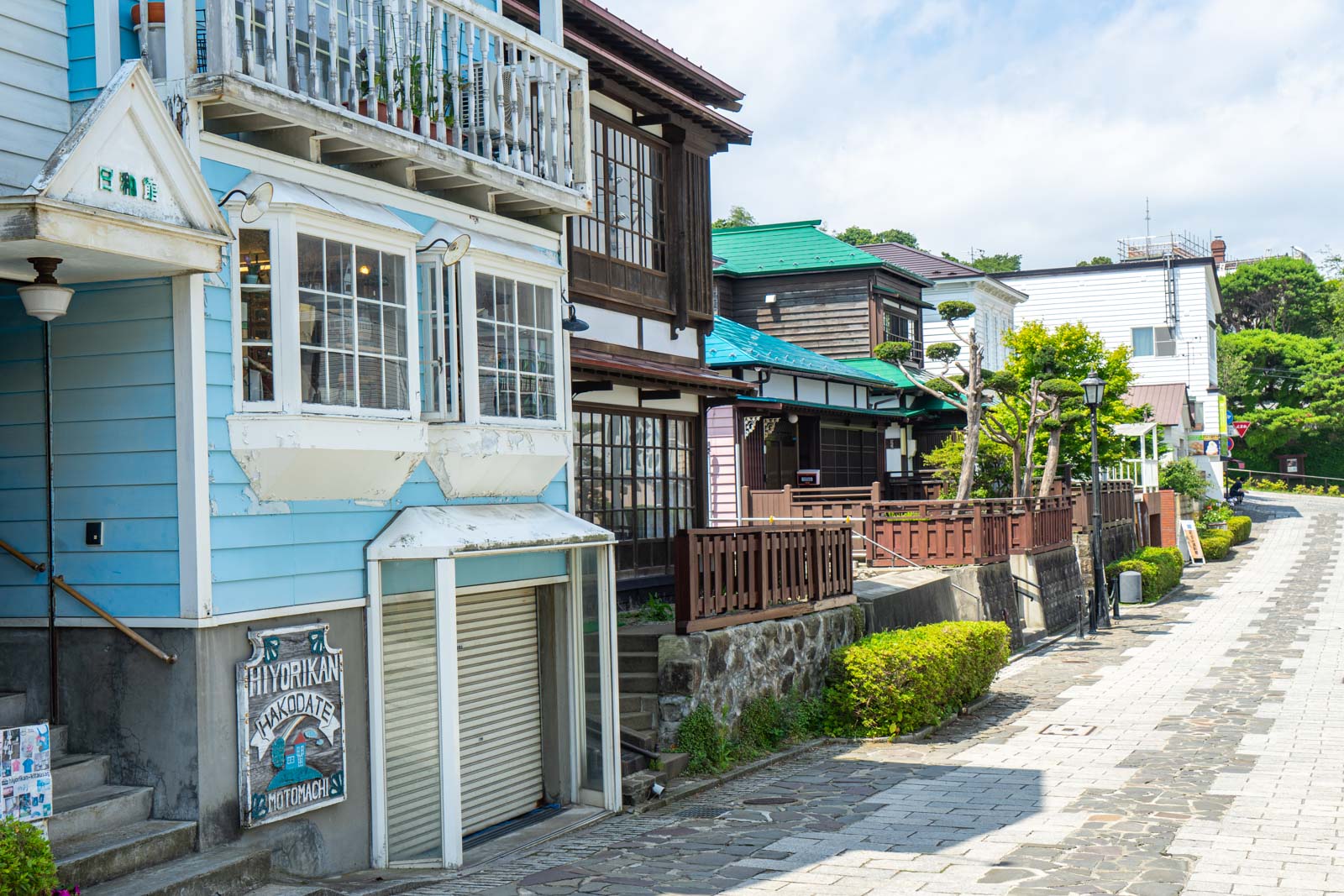 The Kanemori Red Brick Warehouses, another legacy of the old port days, is down the hill and another part of the city where shops and restaurants are aimed at tourists.

For something a bit special, I would recommend visiting the Yuhi Tea House, which is on the old Hakodate Quarantine Station from 1885. Sip on matcha tea as you sit amongst history and look out at the view over the water. 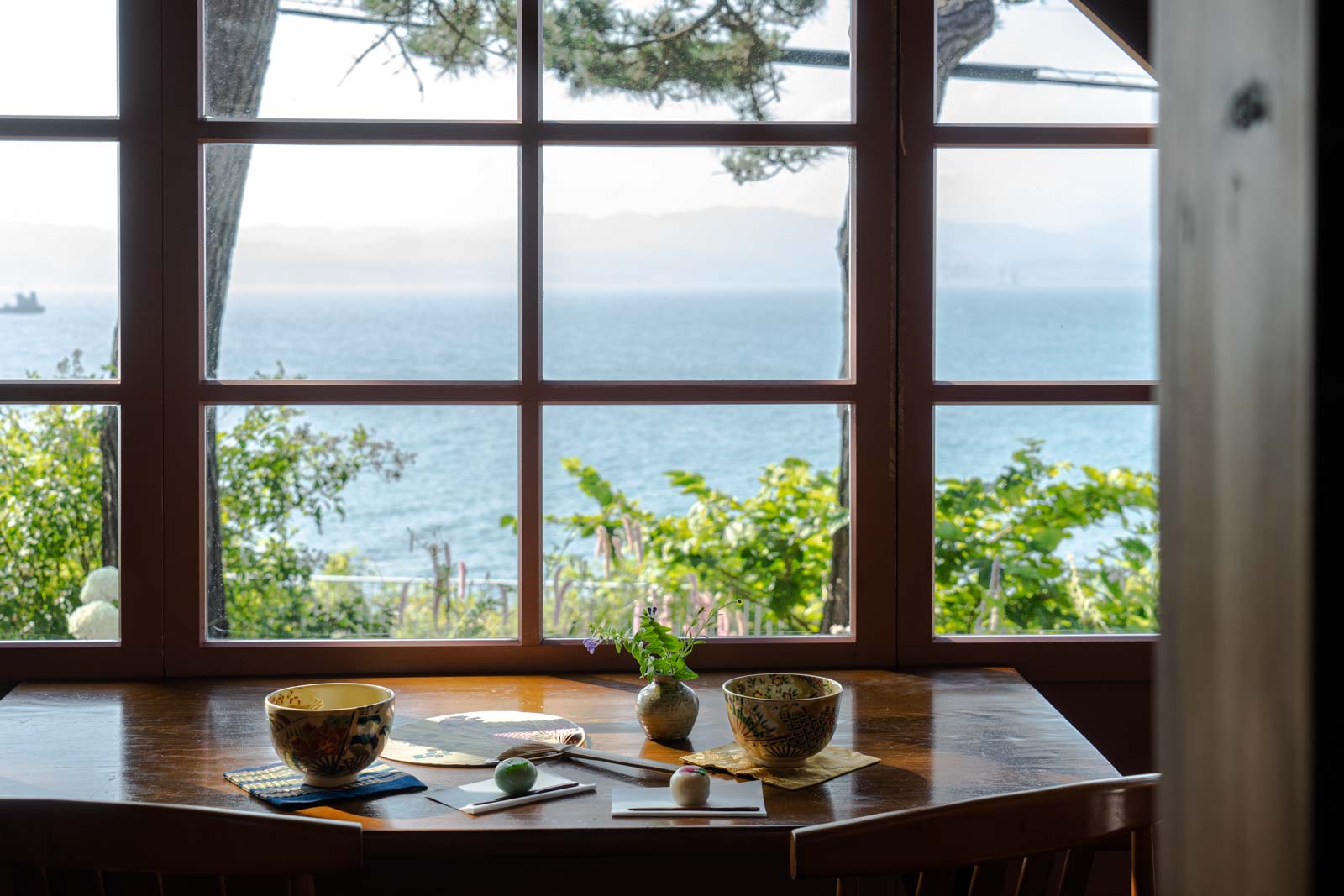 You’ll also get fantastic views from the top of Hakodate Mountain, which looks out over the city and the water, and you can reach with a ropeway. 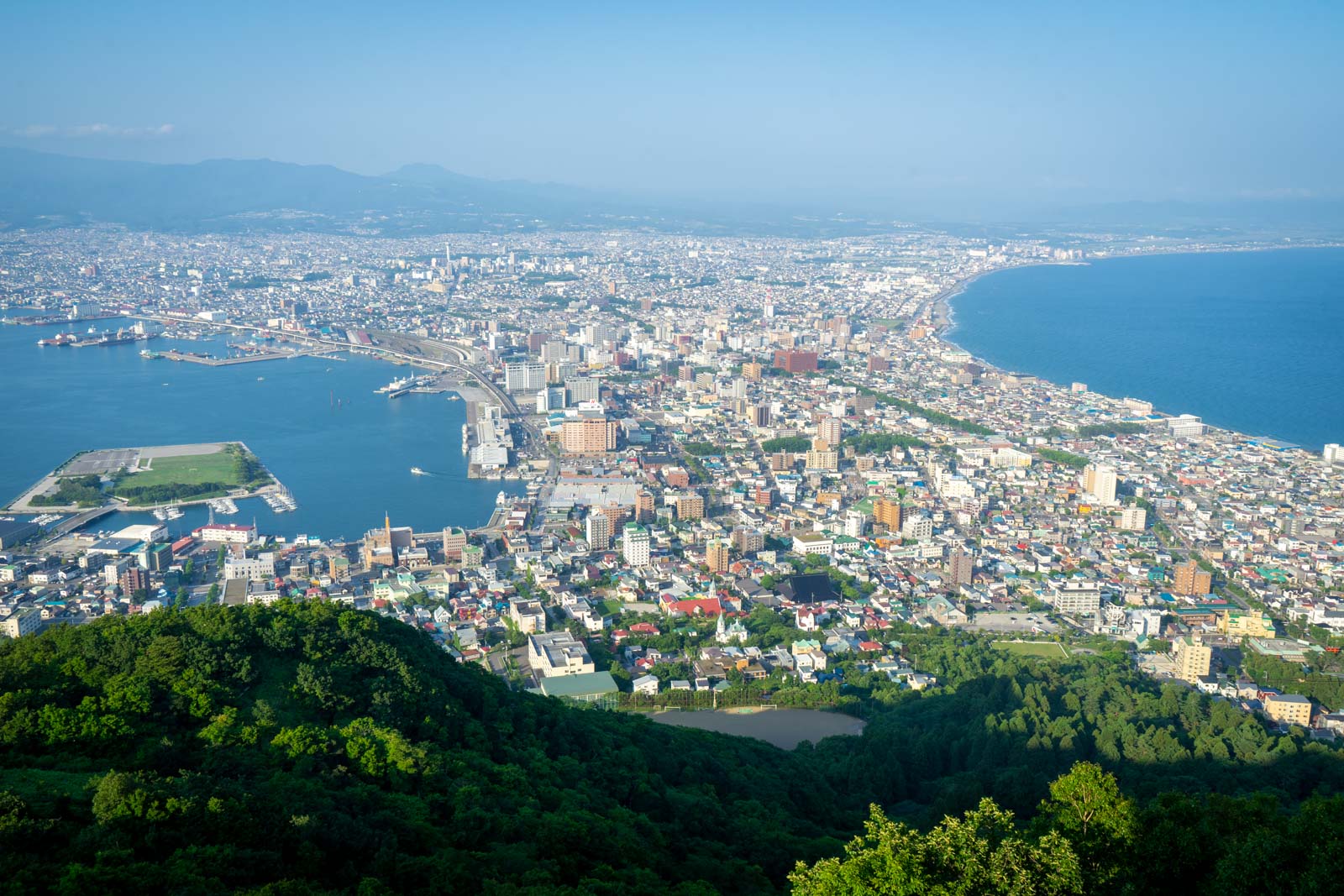 A little closer to the ground, there are also good views from Goryokakyu Tower, which lets you see the amazing design of the park that once housed the city’s fortress. It is shaped like a star with a moat around it, which is a special defensive technique learned from the Europeans. 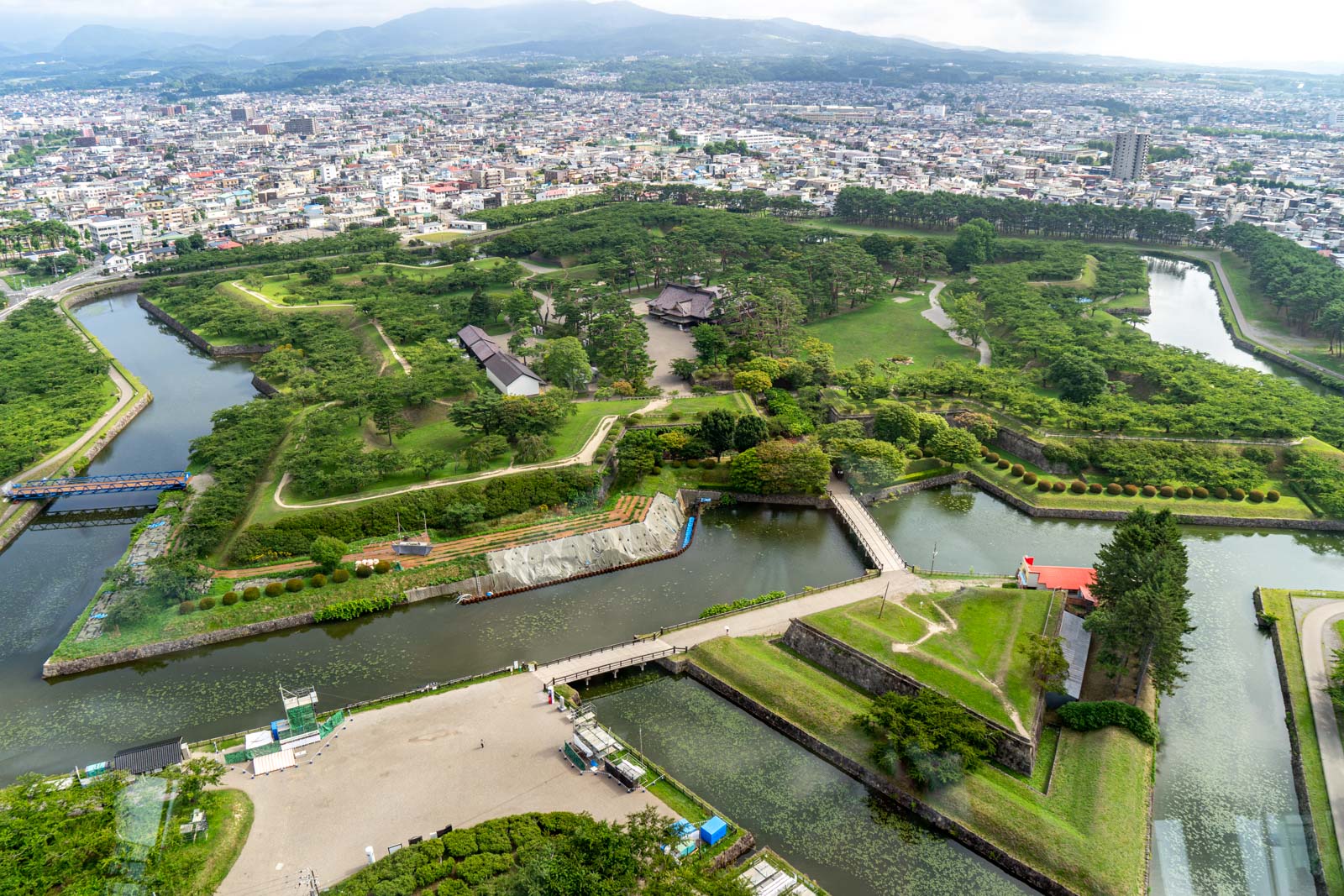 And, from Hakodate, it’s just a short drive along the coast to one of the natural highlights of the region – Mount Esan. This active volcano is still belching gas but that doesn’t mean you can’t hike right up to its edge. The colours of the stone and the dramatic rock formations make the mountain an awesome sight, and hiking a thrilling experience. 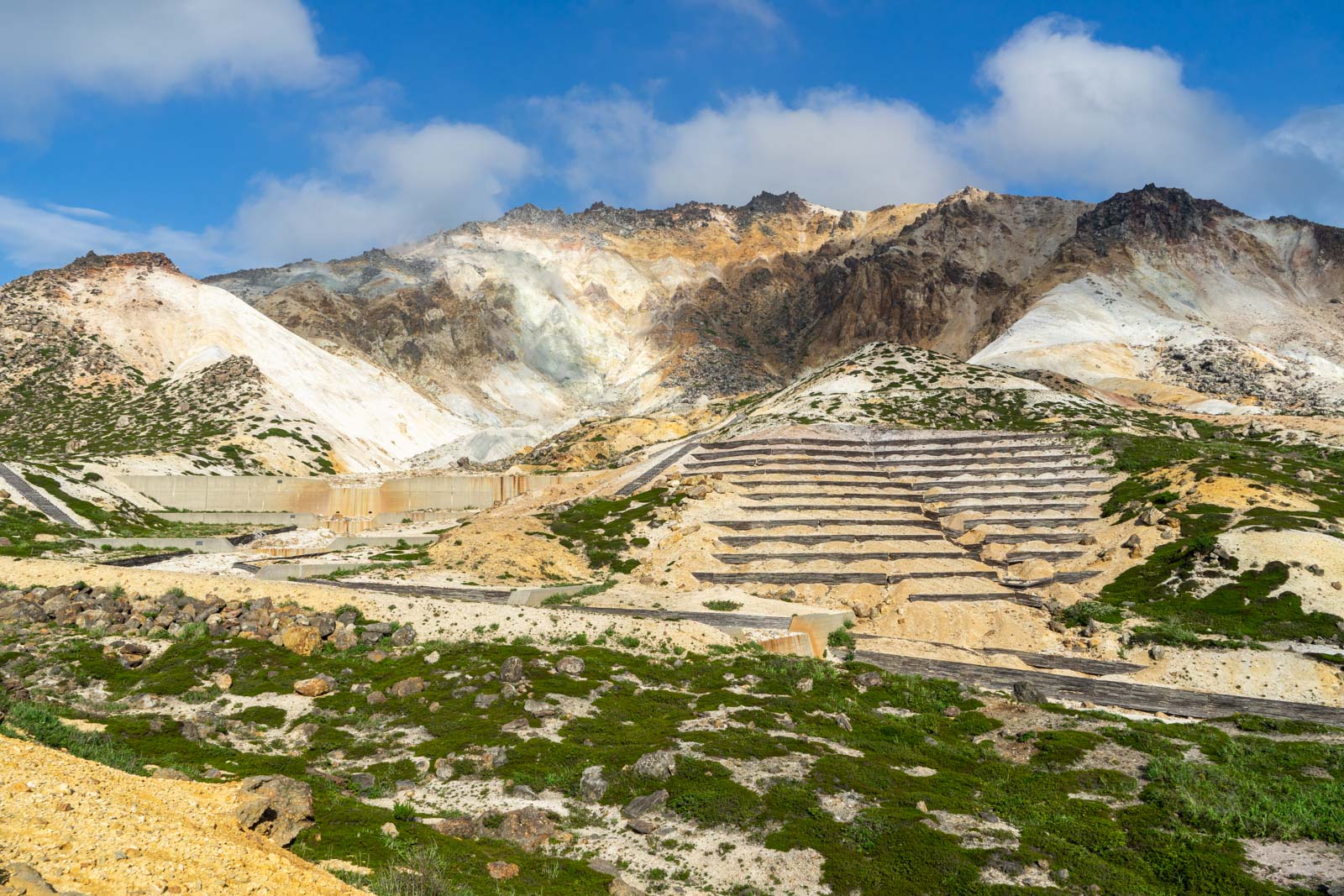 Mount Esan is a good example of why Hokkaido is becoming better known as a summer destination. It, like so many other attractions here, are either not accessible or not enjoyable in the colder months.

Taking even five days, as I did, to drive from Sapporo, through Niseko, to Hakodate gives you a great range of sights and activities in this part of the island.

It’s just a small part of Hokkaido, which I still think is vast part of Japan. But I’m not sure anymore it’s that empty.

Time Travel Turtle was supported by the Sapporo, Niseko, and Hakodate tourism boards but the opinions, over-written descriptions and bad jokes are his own.