At the base of a mountain here in Japan, a young guy – probably mid 20s – has just finished slipping into his bodysuit. It’s got the design of the Australian flag on it, the dark blue covering most of the space with a Union Jack and white stars prominently displayed at the top. A family member hands him an Australian flag and he drapes it over his shoulders and ties it up at the front.

I have to admit, it’s the kind of thing that would normally make me cringe. Normally I’m turned off by gratuitous displays of flags and nationhood in foreign countries and I find it a bit offensive. This is different, though. Today is Australia Day – the country’s national holiday – and it’s making me feel a bit homesick. 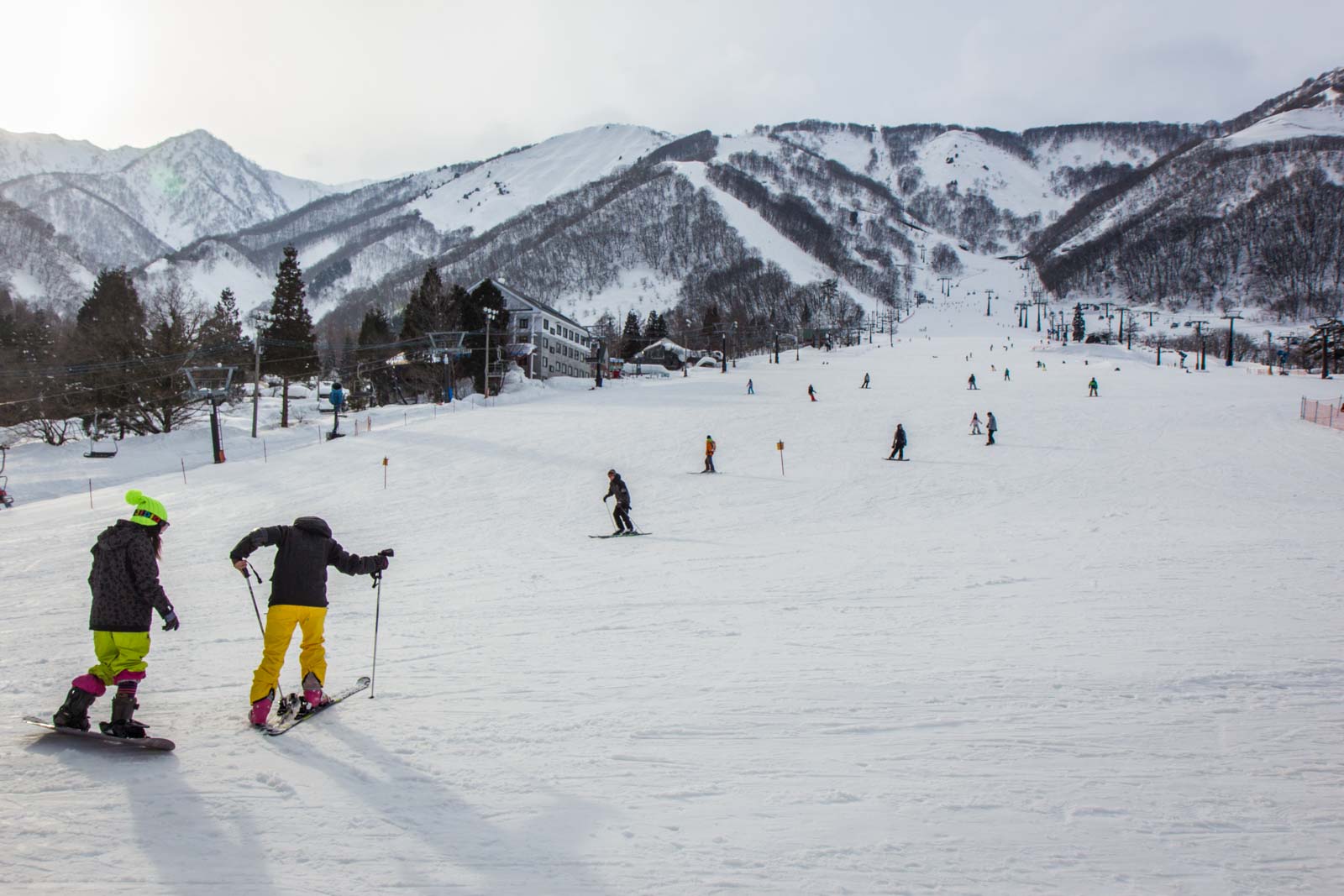 It doesn’t seem so inappropriate here at the ski resort of Hakuba in central Japan, near the city of Nagano and just a couple of hours from Tokyo. This is a winter playground and it’s full of Aussies. While the sun shines brightly during summer Down Under, just a short flight away is some of the best winter skiing in the world. 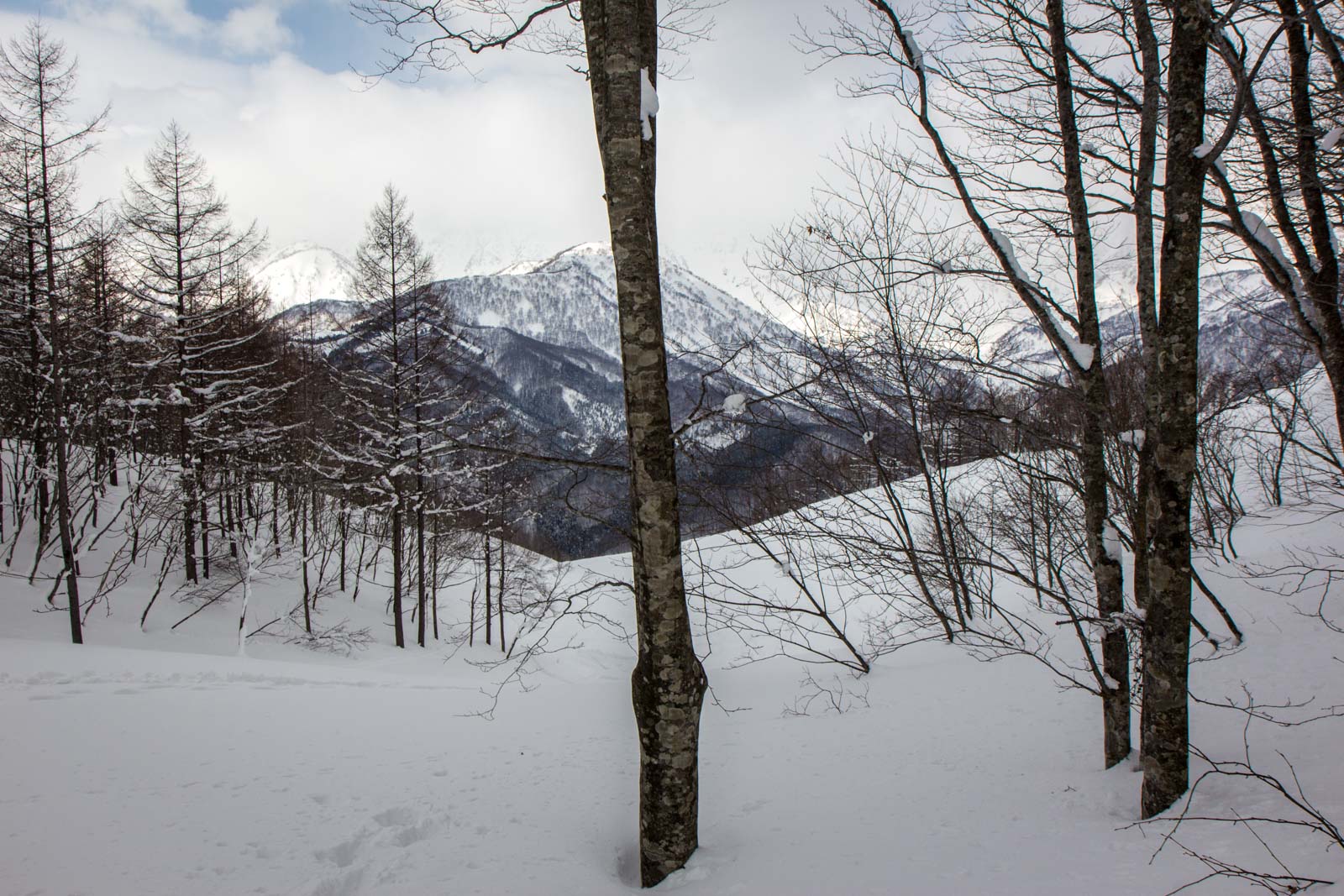 I leave the Aussie flag and the man it’s wrapped around below and head up on the lift to the top of the mountain. The air is crisp and filled with the excitement of people preparing for their first run of the day down the slopes. I’m no snow expert but even I can tell that there’s a wonderful quality to the powder here today. 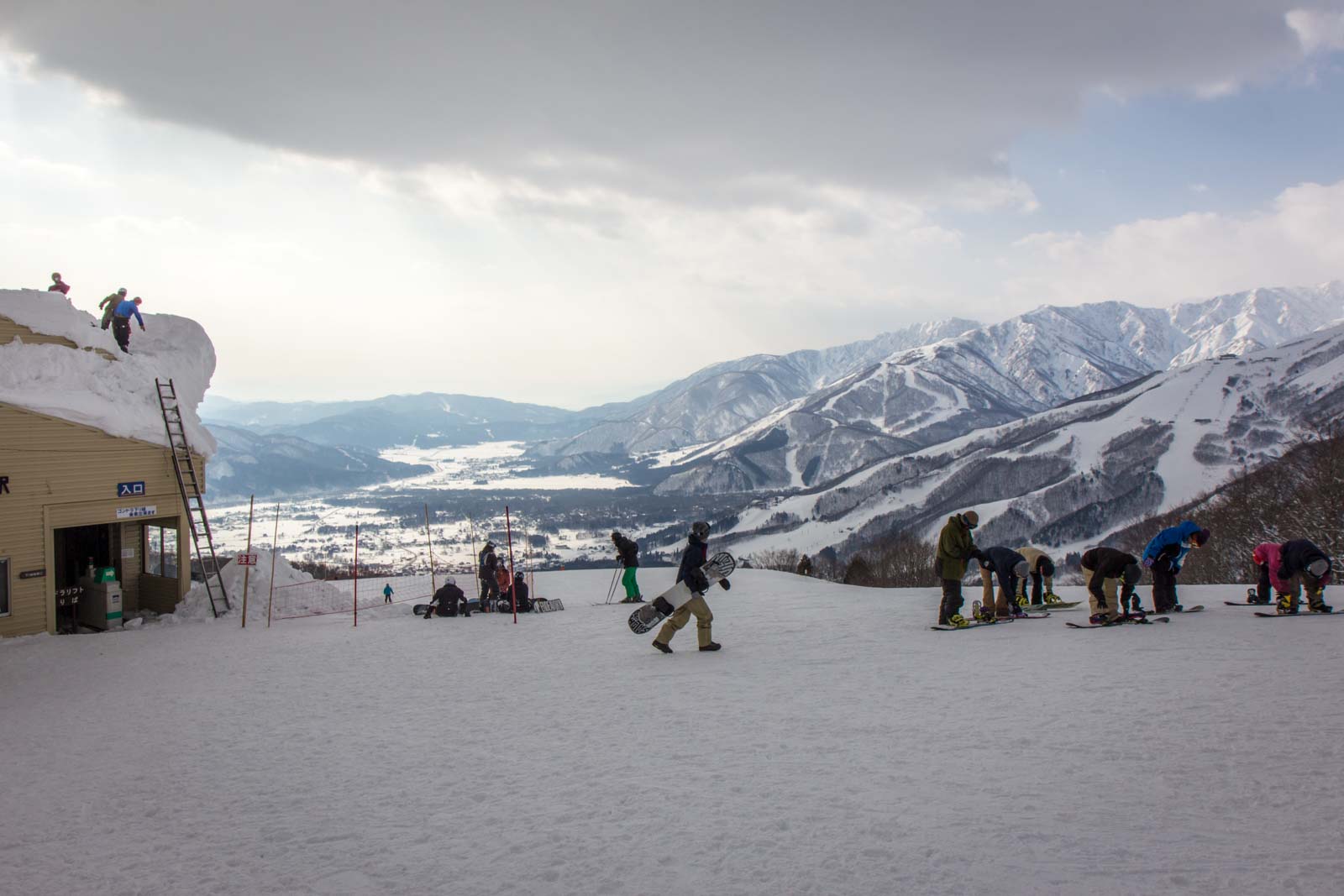 In particular, I love the view from up here. Behind me is the long stretch of mountains, shimmering white in the morning sun. Unlike European mountains, which were made by glaciers, the Japanese mountains were made by tectonic events and are much steeper. They’re sharper to the eye. 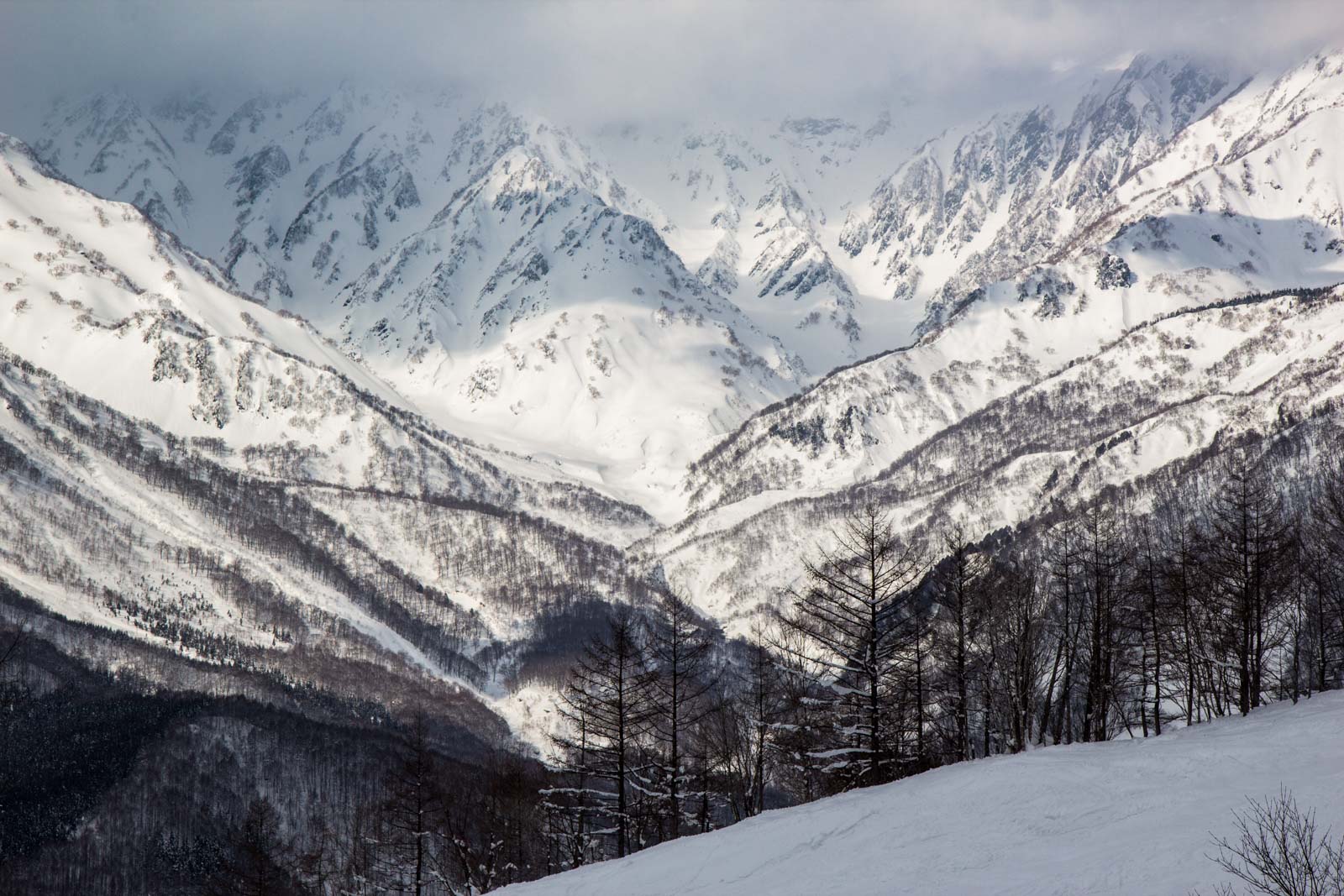 Along this mountain range are nine main ski resorts, with more than 200 runs. About a third of the terrain is considered to be ‘beginner’ level and about a third is ‘advanced’. There are plenty of wide open runs, challenging steep slopes, powdery sections and even some back country areas. From the top, it can take more than an hour to work your way down to the bottom. Restaurants and cafes along the way are perfect places to stop for a rest with a nice hot bowl of ramen. 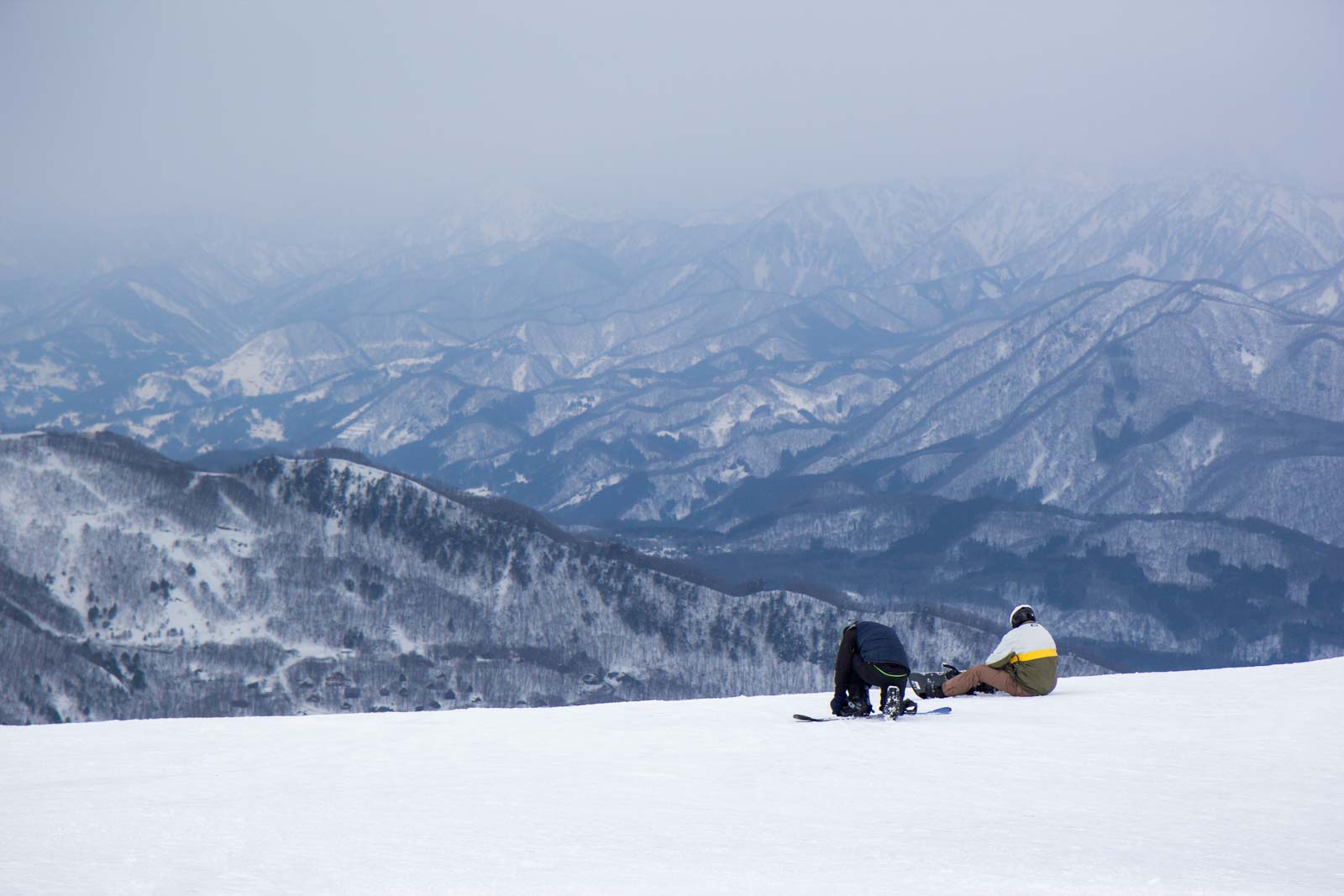 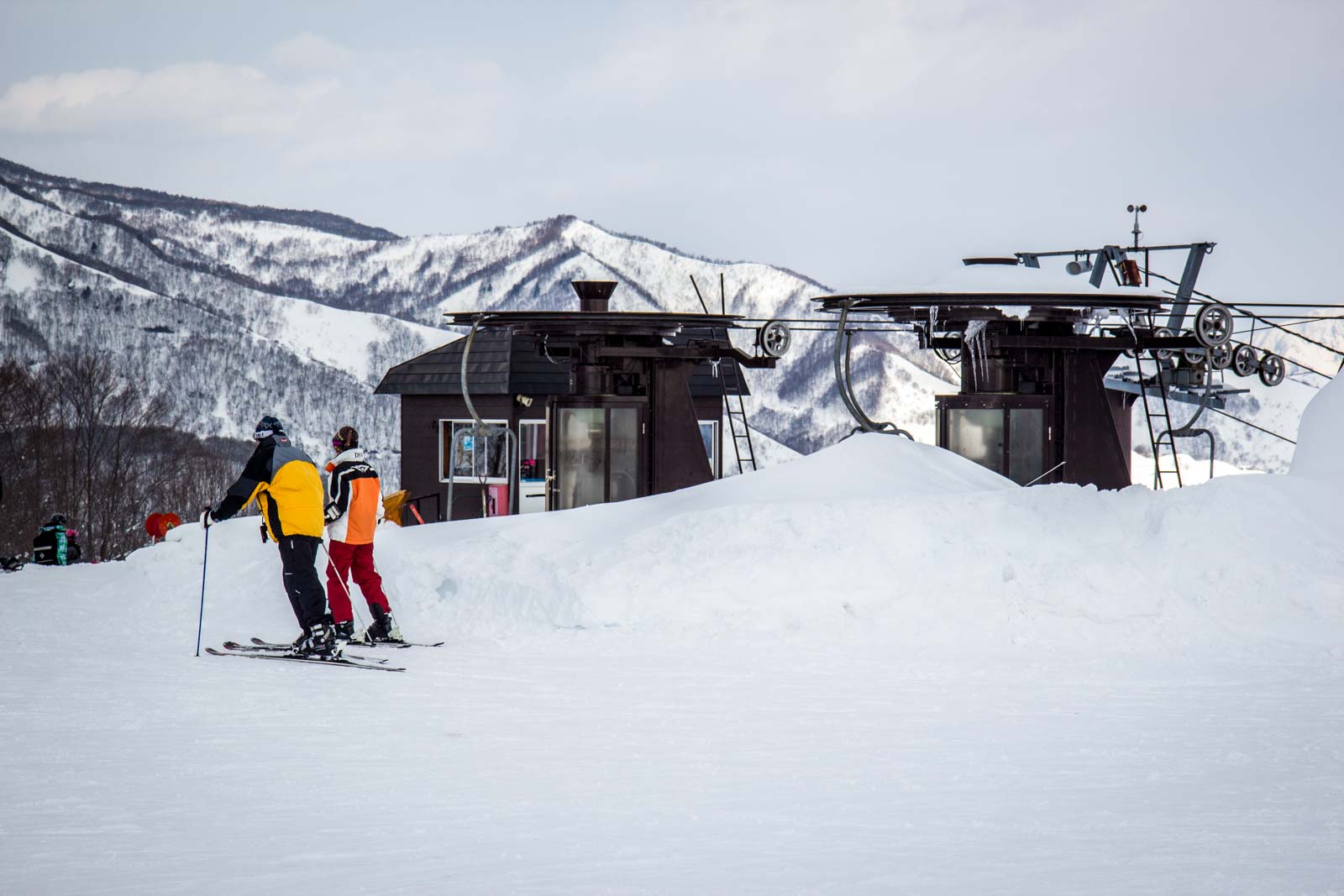 When I look in the other direction, down the mountain, the Hakuba valley spreads out beneath me. It’s almost as if the whole landscape has been carved out of the earth and designed as the perfect ski destination (nothing would surprise me in Japan). It’s a large flat basin where all the accommodation and other facilities can be collected at the base of the ski runs. 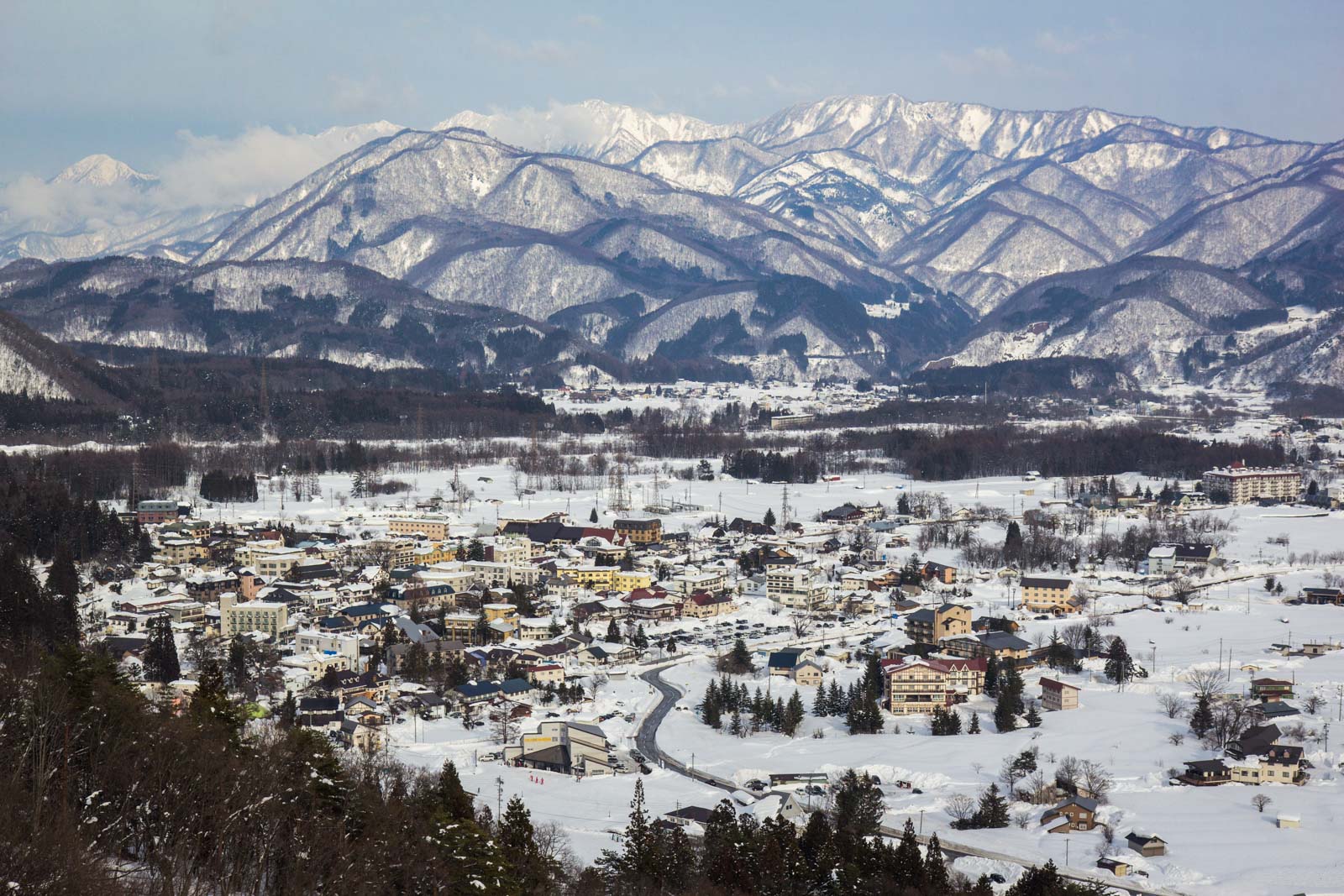 One of the nice things about Hakuba is that, despite the large number of foreign tourists who come here, it has retained an authentic Japanese charm in the village. Much of the accommodation is in traditional inns, there are the hot springs for relaxing after a day on the slopes, and the tatami mat restaurants with local food are everywhere. 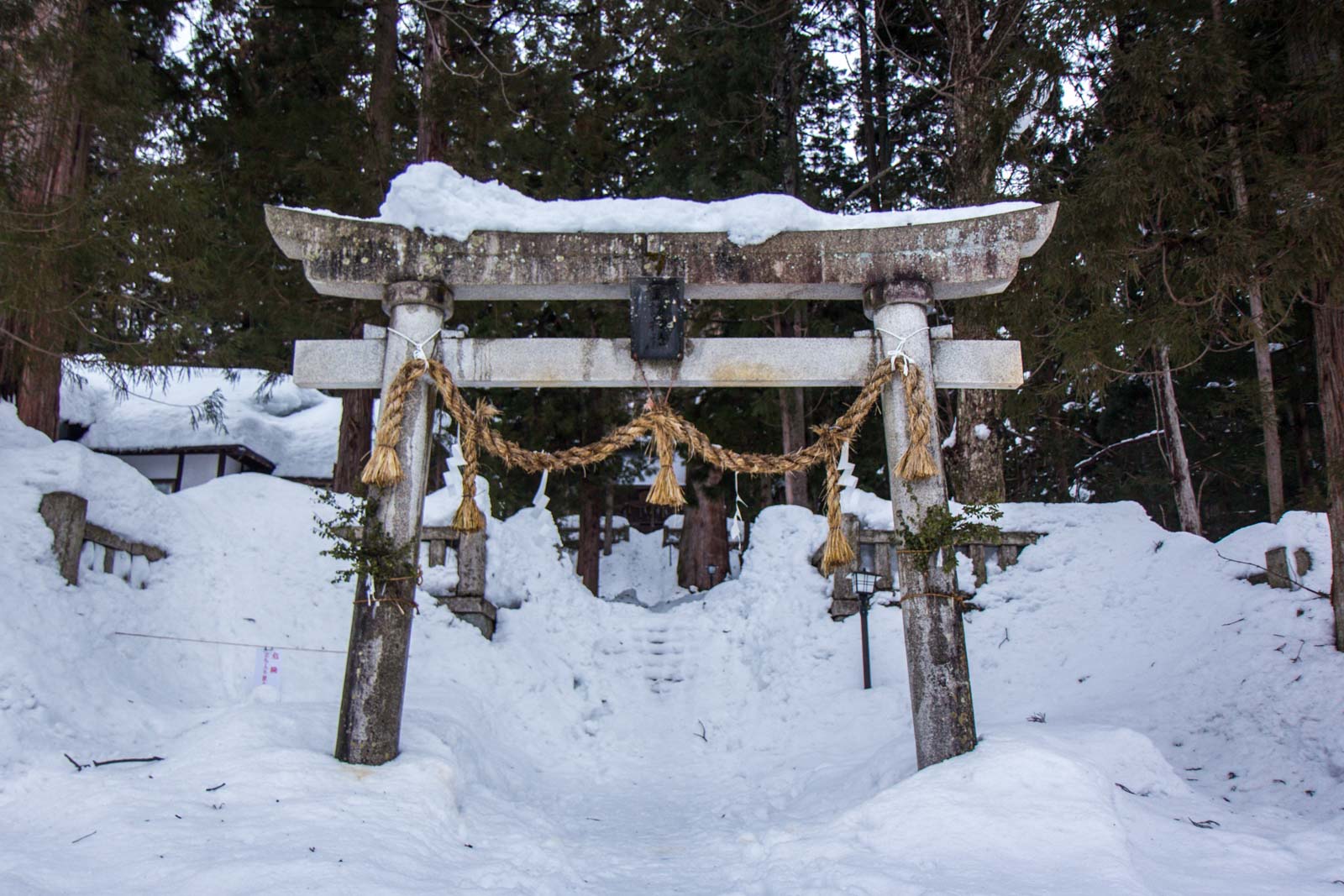 This is still a ski resort, though. And one that’s popular with Australians. So, of course, that means there’s a fairly active nightlife. Don’t expect the large crazy clubs you might get in some ski towns in Europe or the US, though. There is still a level of Japanese decorum to the places I see. The bars don’t seem out of place in a village full of small restaurants and traditional hotels. 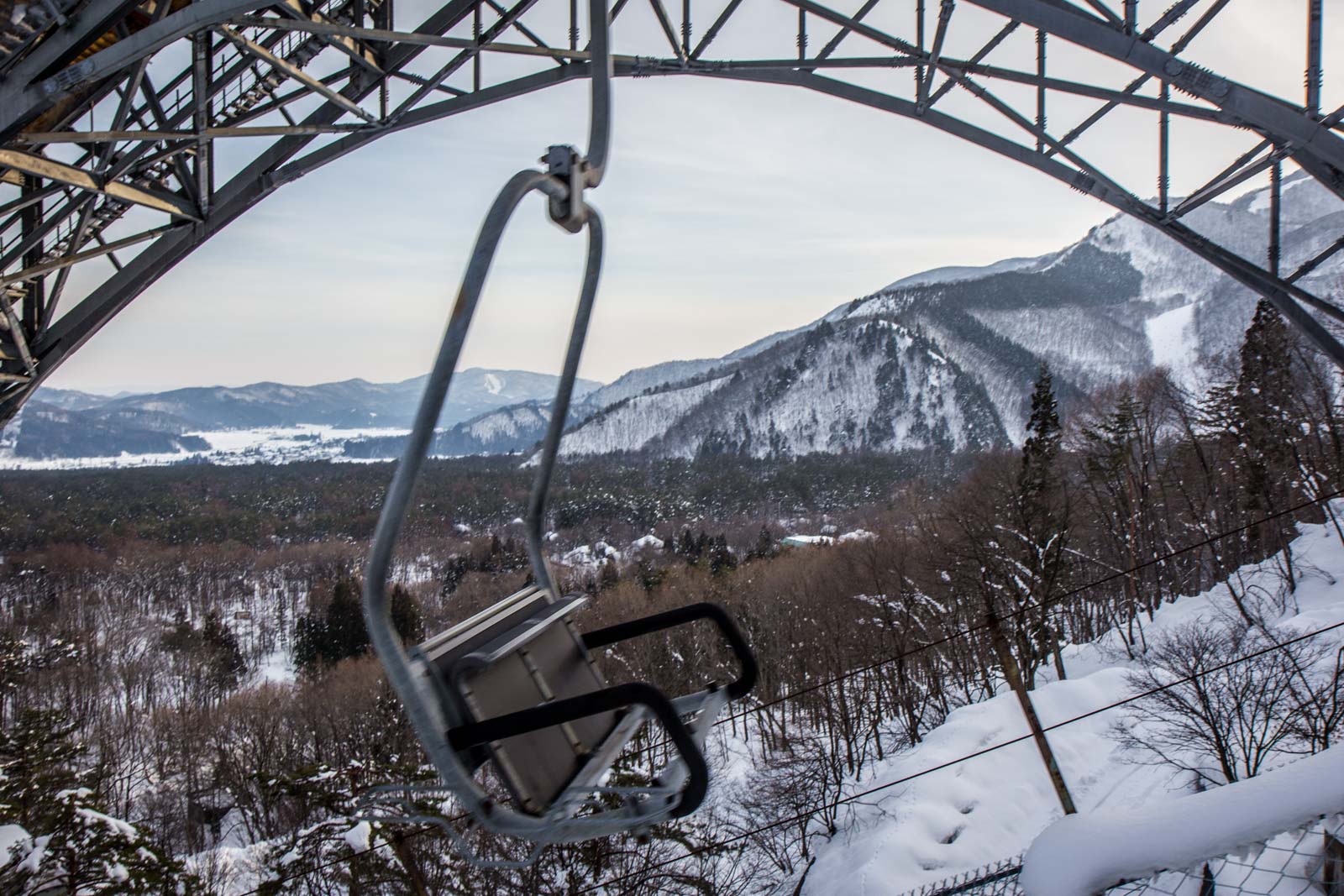 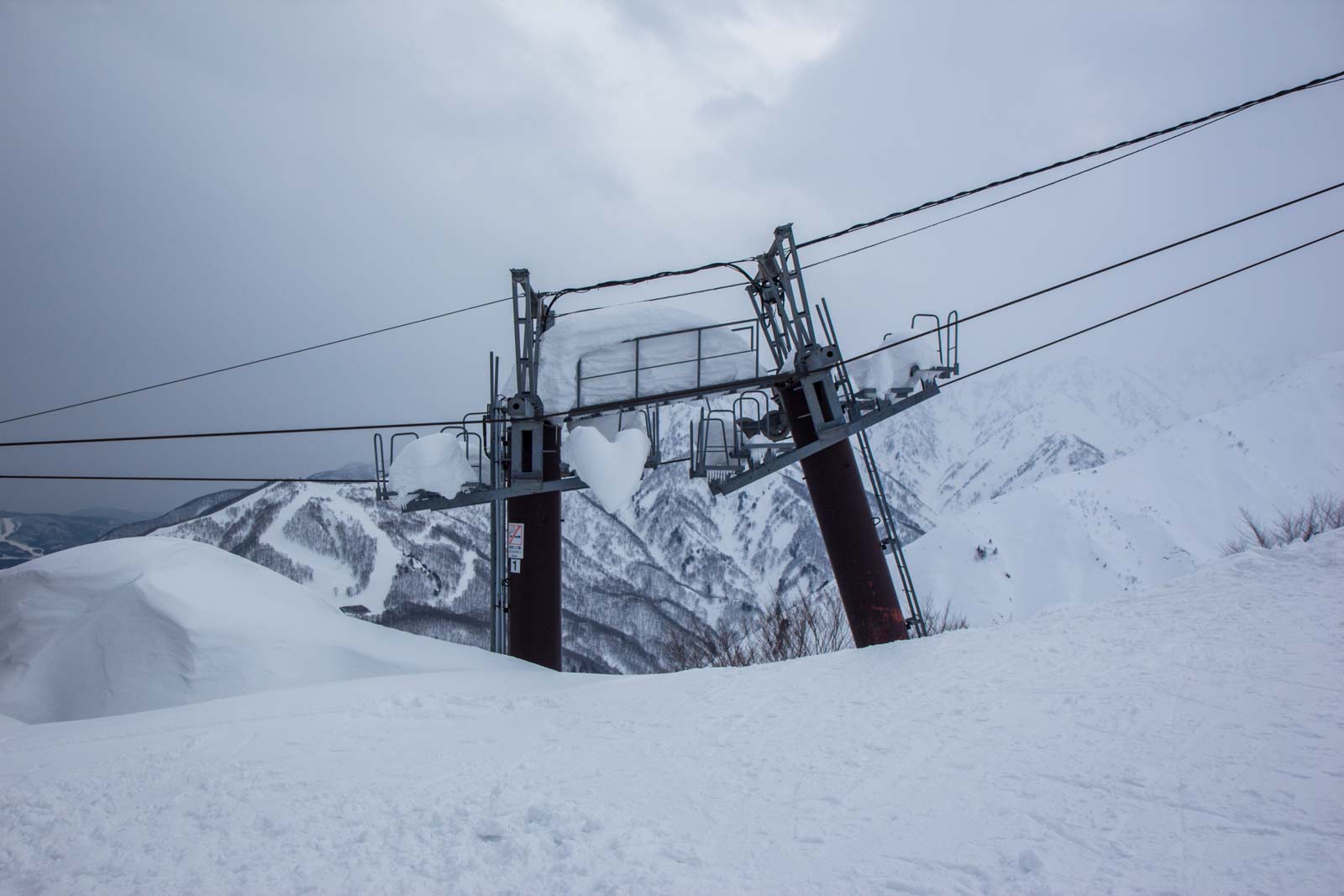 Getting to Hakuba is relatively easy too. While some of the ski resorts on the northern Japanese island of Hokkaido are also popular (and for good reason), they involve an extra leg of transport for overseas visitors. For Australians flying into Tokyo, though, it’s just a matter of a bullet train to Nagano and then a transfer to Hakuba. You can land in the morning and be on the slopes after lunch. 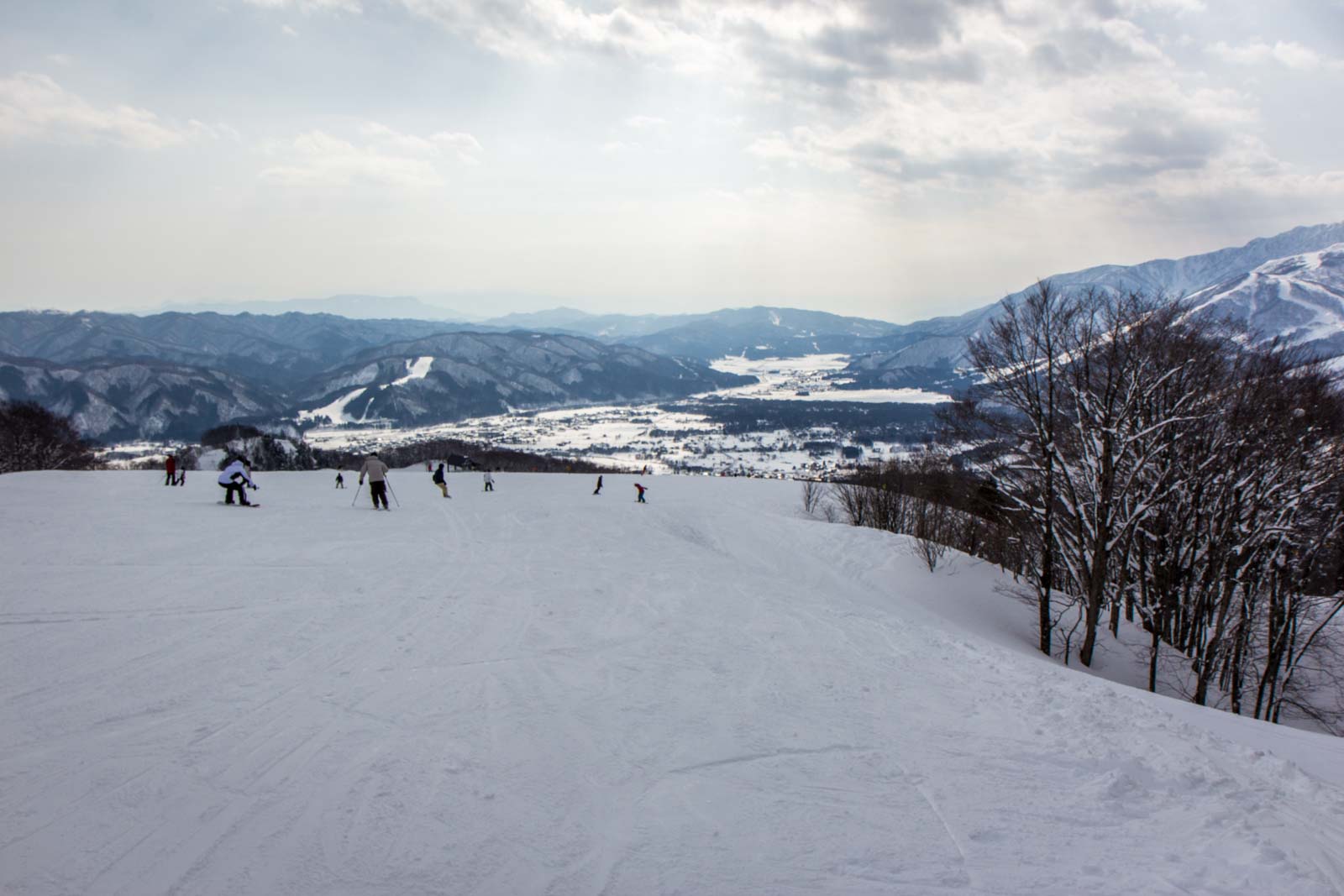 I’ve never spent much time chasing the snow around the world but a couple of days at Hakuba make me wish that I was more of a skier. It’s not just about the slopes – although they are clearly the highlight here. It’s also about the atmosphere and the relaxing environment that some time in the village provides. The accents may remind me of home but this is a winter world that is far from a southern hemisphere summer holiday.

>> More info here about everything on offer at Hakuba Valley

Time Travel Turtle was a guest of the Japan National Tourism Organisation but the opinions, over-written descriptions and bad jokes are his own.