The boat moves slowly between the narrow channels not far from the shore. I’m enjoying the fresh air blowing on my face; the squawks of the birds flying above; the glare of the sun on the water.

There’s not much sign of life on these rocky outcrops we’re navigating around – they’re mostly too small and barren for anything other than small tufts of green and the white stains left by birds.

But on some of the islands I can see little wooden huts.

They suggest life… but all is not as it seems. 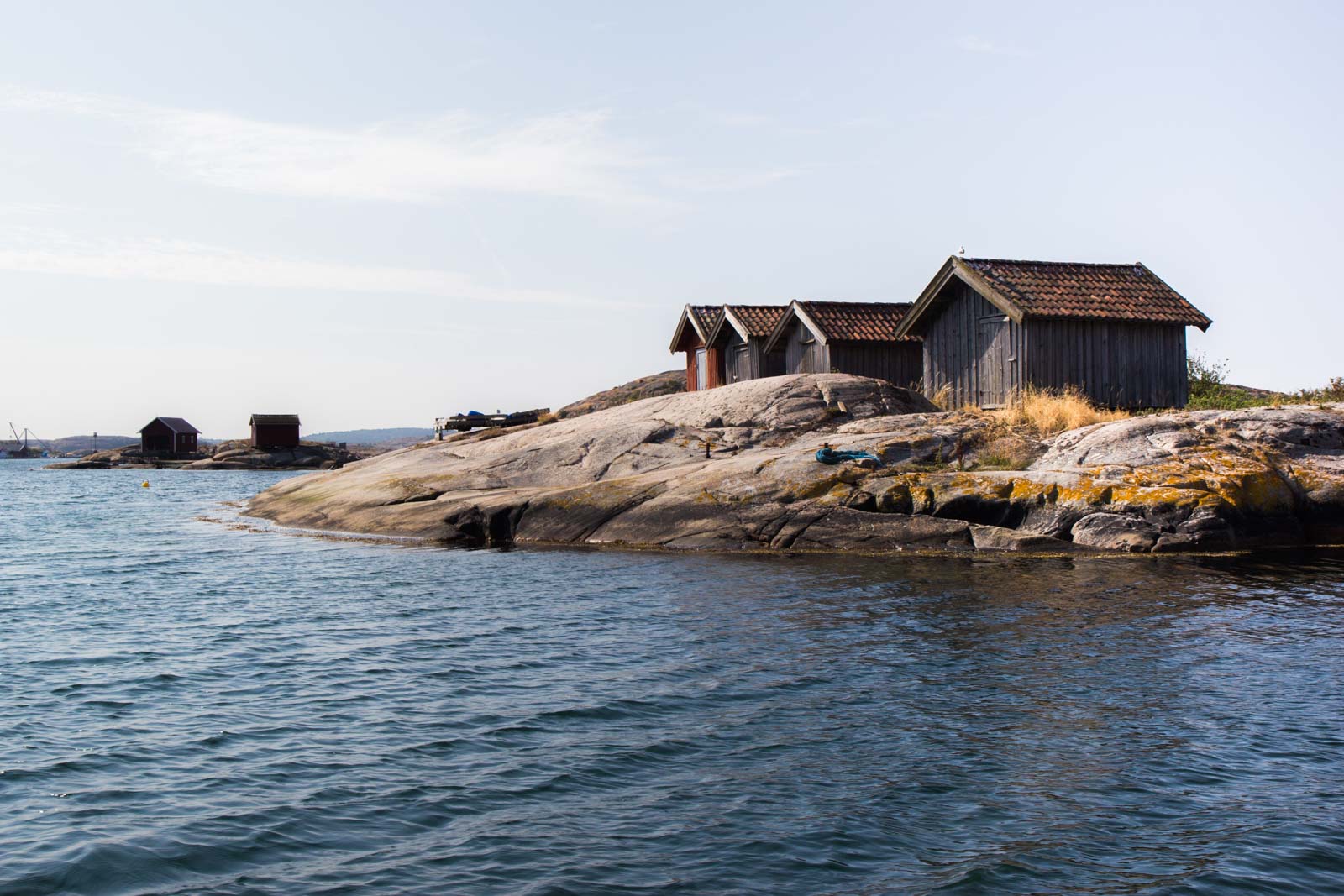 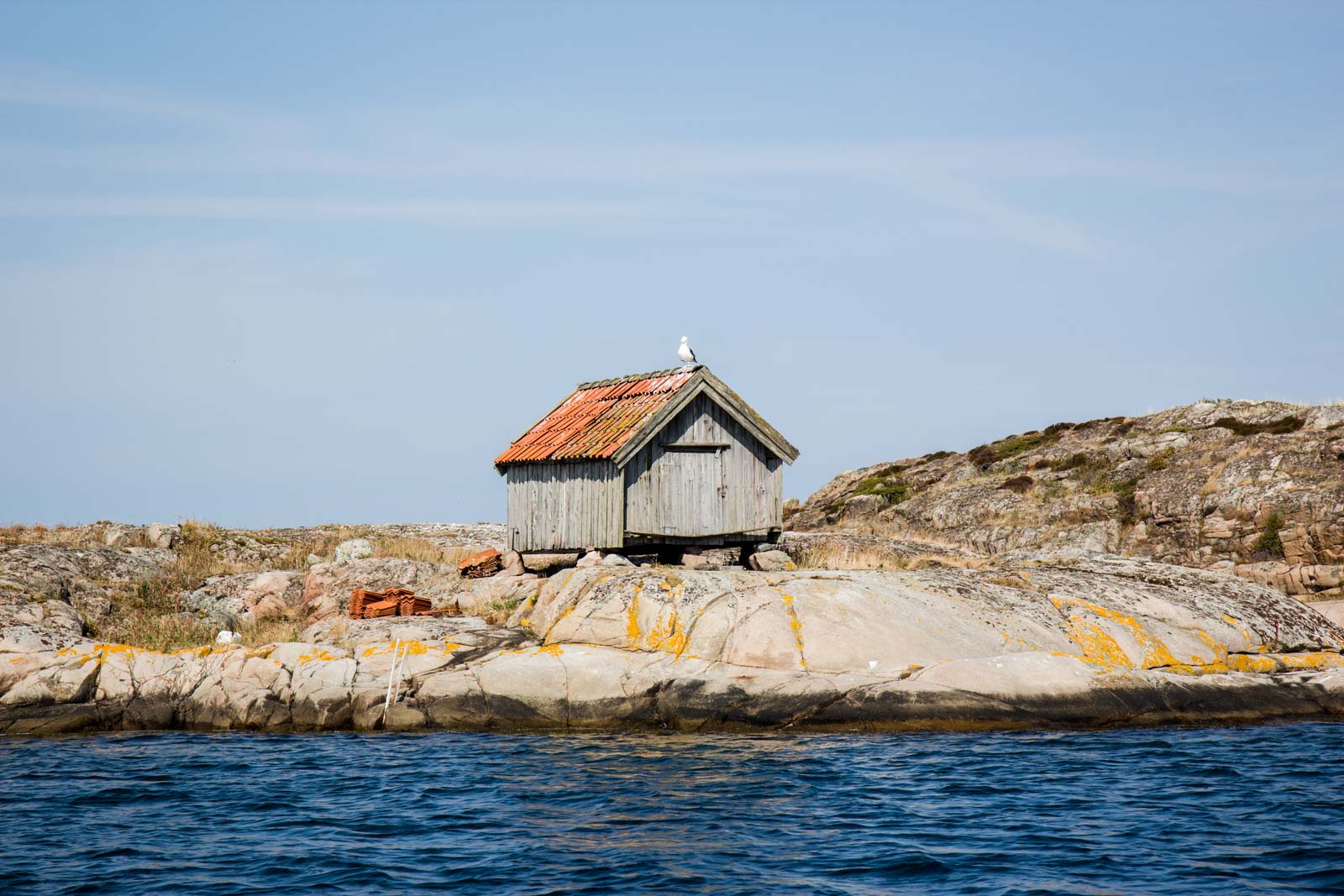 This is Grebbestad on the west coast of Sweden. It is one of the most popular seafood meccas in the country, where tens of thousands of visitors come each year for the food.

The scenery and the landscapes are a bonus.

These small weather-beaten structures on the rocky islands are former fishing huts. They were places for the local fishermen to leave their nets, stop for a coffee and find shelter in bad weather.

Most are now unused for their original purpose but they remain there as a reminder of a time not so long ago. 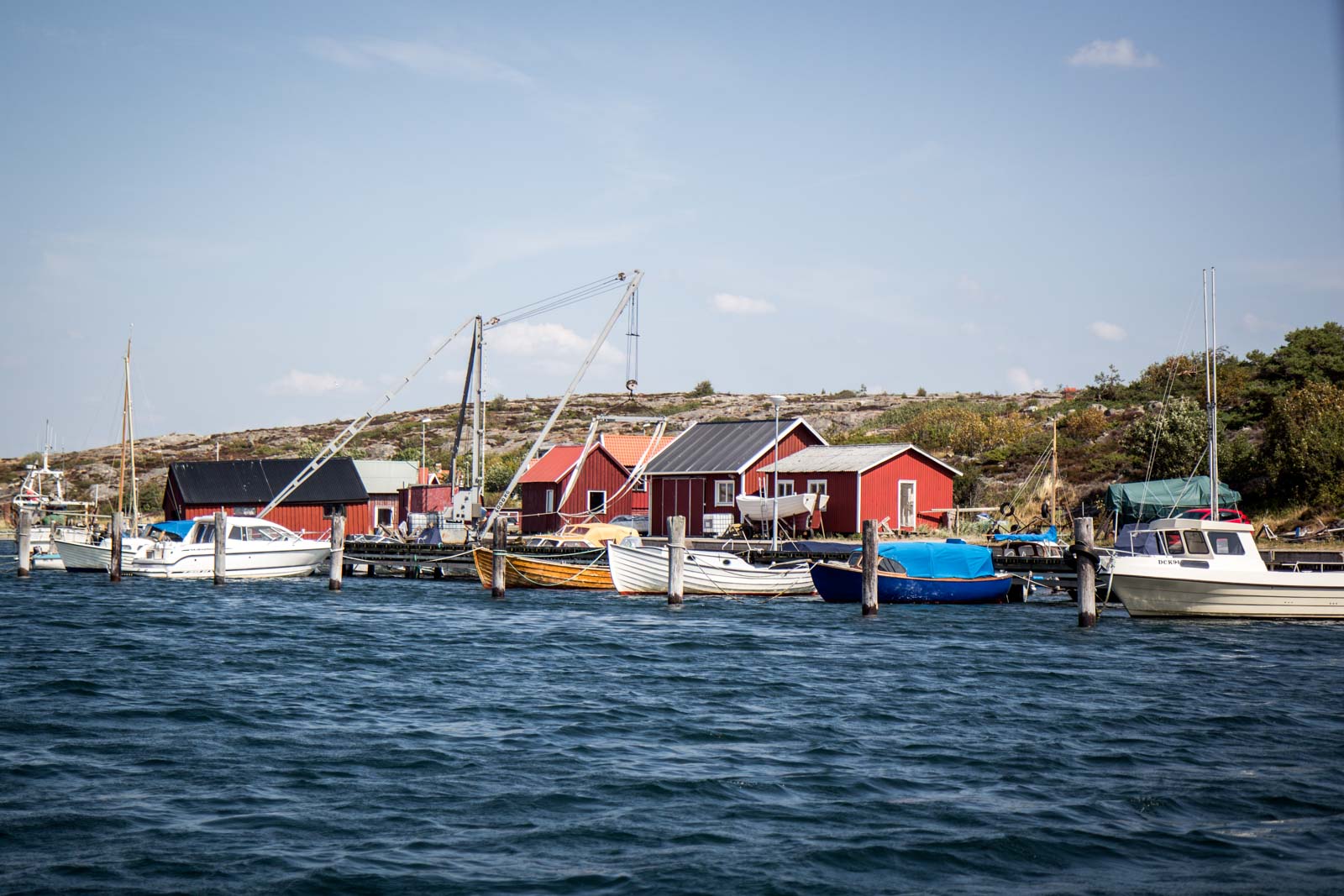 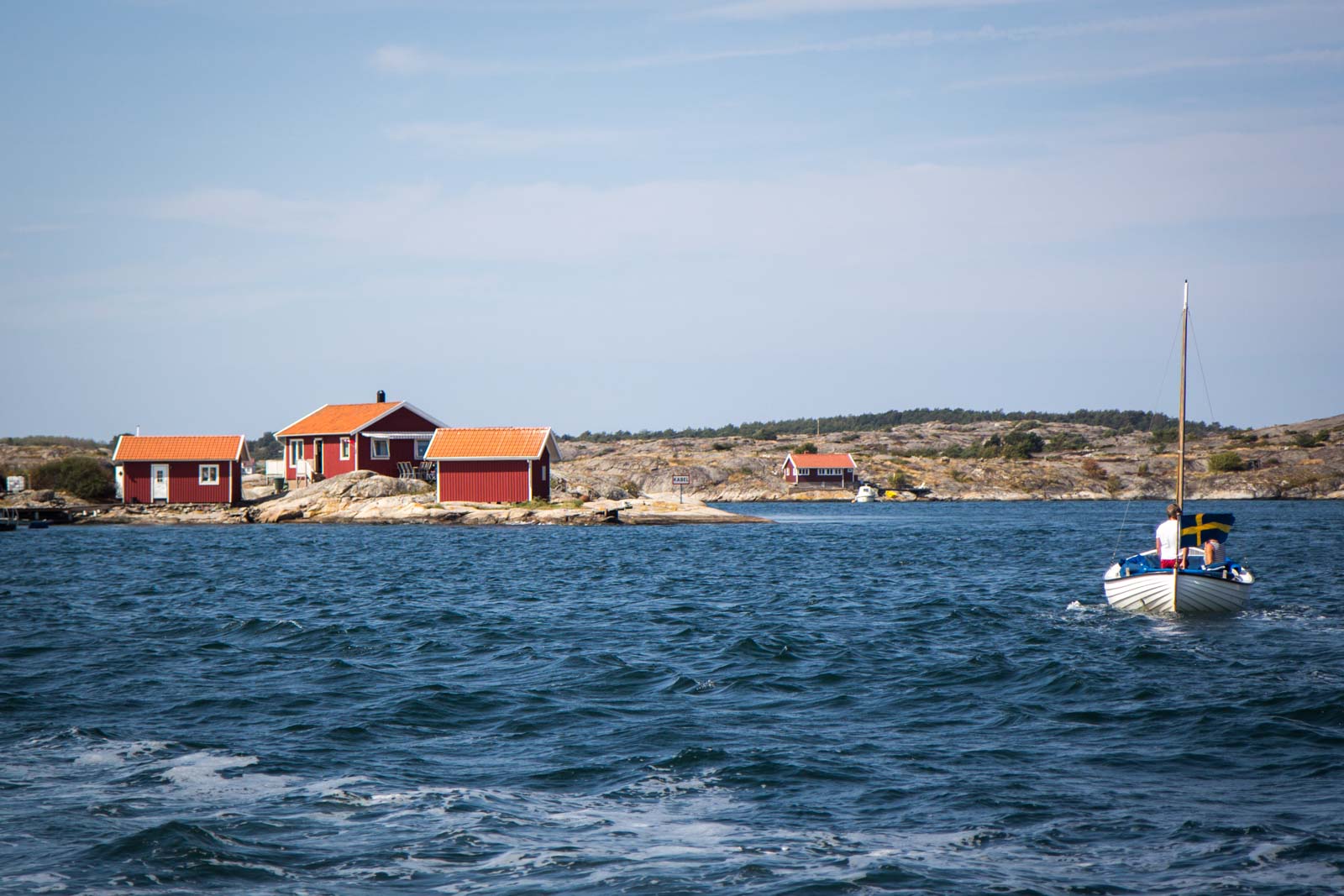 That’s not to say that the fishing business has sunk in the waters around Grebbestad – if anything, it is actually thriving more than ever.

But things are a bit easier and more comfortable and a small base away from home isn’t as necessary.

It’s because the seafood industry is now so strong that I’m out on the boat today. Local fisherman Per Karlsson is my captain and he’s showing me around the waterways.

It’s peaceful out here and the engine has already become just background noise for me. 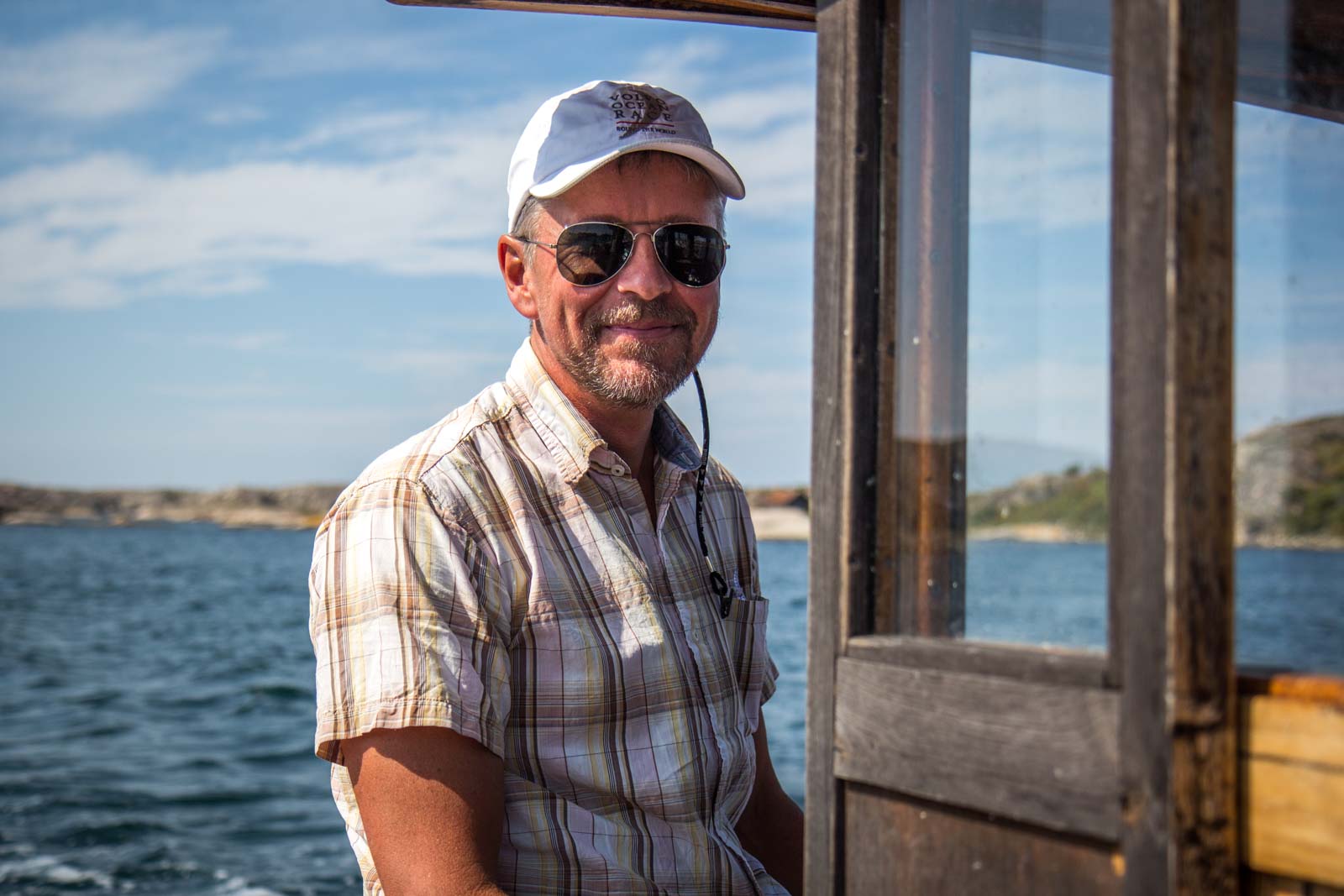 It’s more appropriate for the tourism business, which is lucky because that’s how he now spends most of his time. 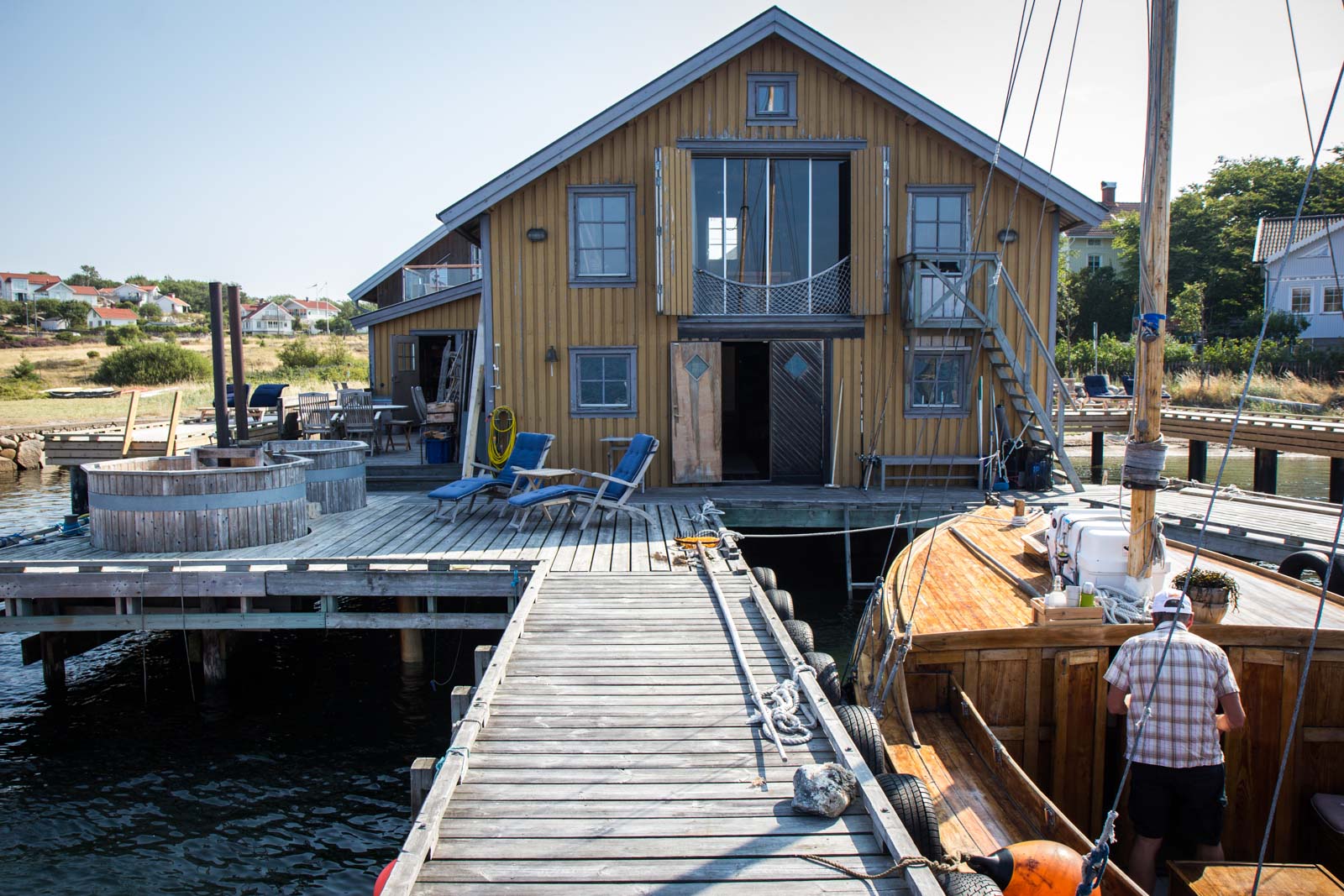 “We have more or less 100 fisherman around Grebbestad,” he explains.

“And I think we have a lot of thousands of tourists who come here just for the fishermen and to eat fresh seafood so it’s very important.”

He’s taking me on what is known as an ‘oyster safari’. The name is a bit of a marketing gimmick because we’re not really hunting or searching for oysters – I already watched Per scoop them up from the water around his jetty just before we left.

But, as we get to a quiet bay, he turns off the engine and I get my chance to come face to face with the little creatures. It’s shucking time. 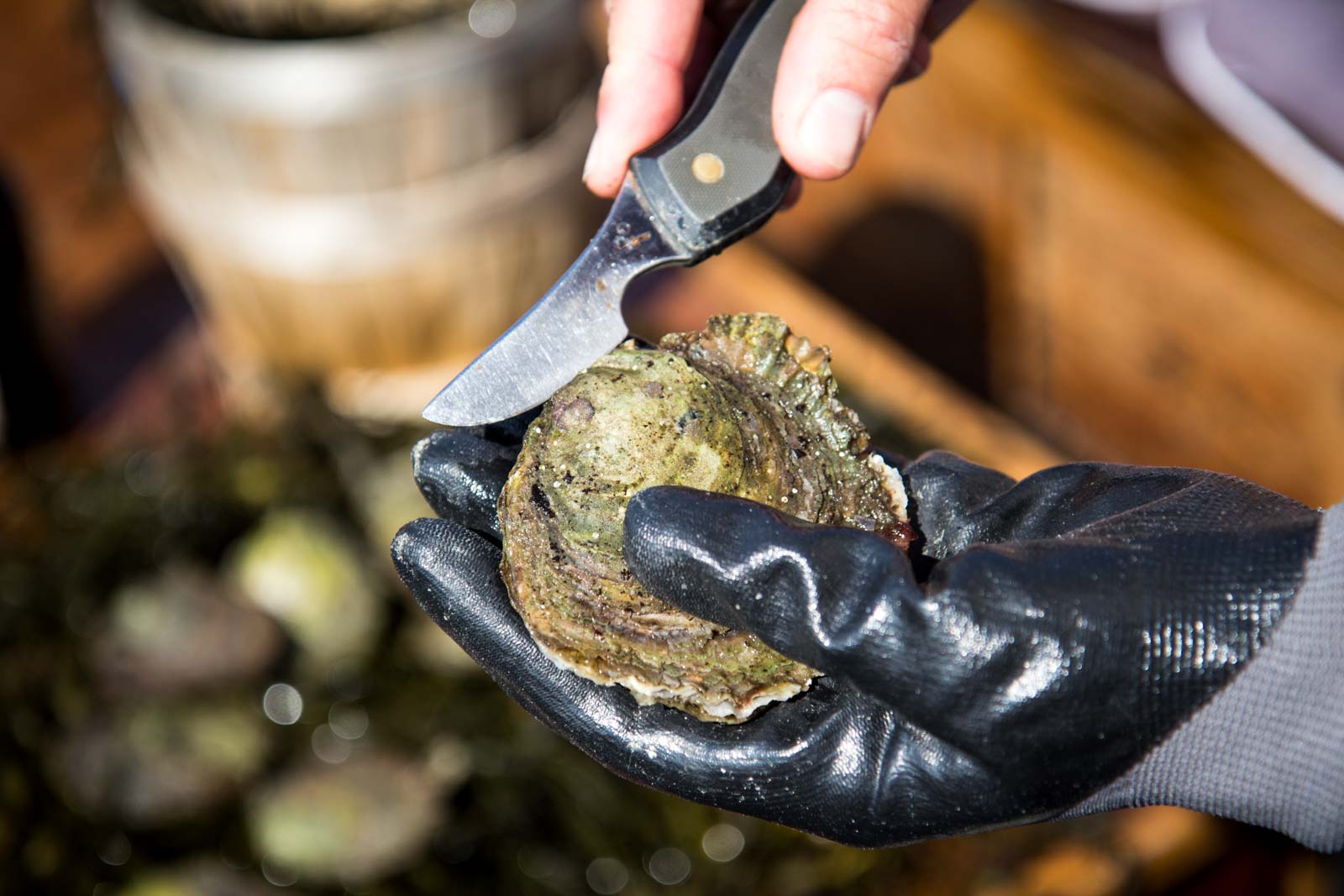 I had never really considered before how easy or hard it would be to open oysters. The few times I’ve had them at fancy restaurants they had already been opened for me.

But as Per explains how to do it, I realise there’s a bit more involved than might seem.

I put on a thick rubber glove and hold the oyster in that hand, grasp the serrated knife with the other, and try to force the blade into one end of the shell. It takes a while to find a crevice which will let the knife in.

When I do, I have to wiggle it a bit, push a bit harder, rock it back and force and mutter a few swear words until I break through and can jimmy the oyster open.

It’s probably taken me a couple of minutes… but it’s only my first try. 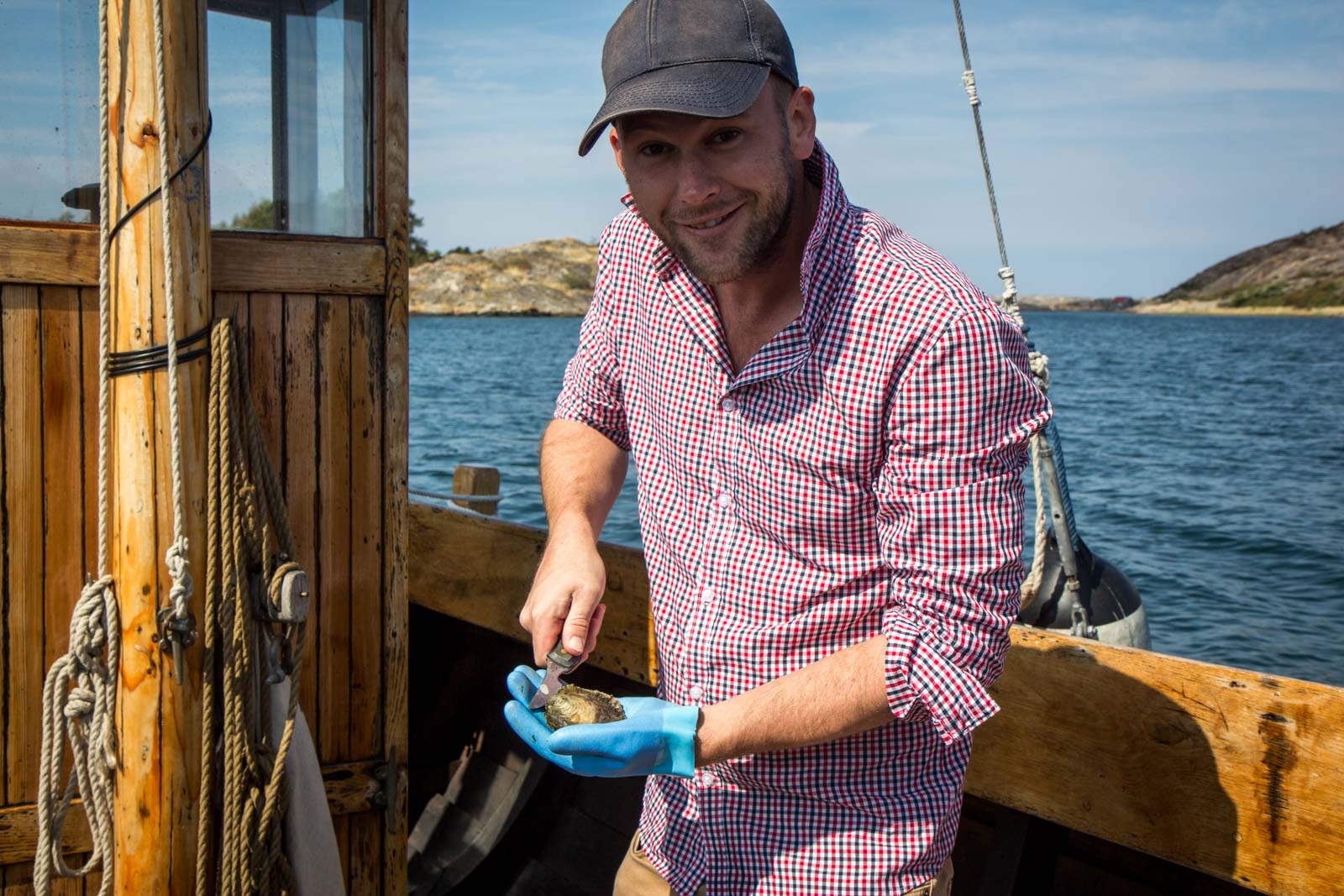 Per’s brother Lars is one of the best oyster shuckers there is. He recently came third in the Oyster Opening World Cup (yes, there’s such a thing) and is ranked second in Sweden.

At the World Cup he opened 30 oysters perfectly in just 2 minutes and 45 seconds. 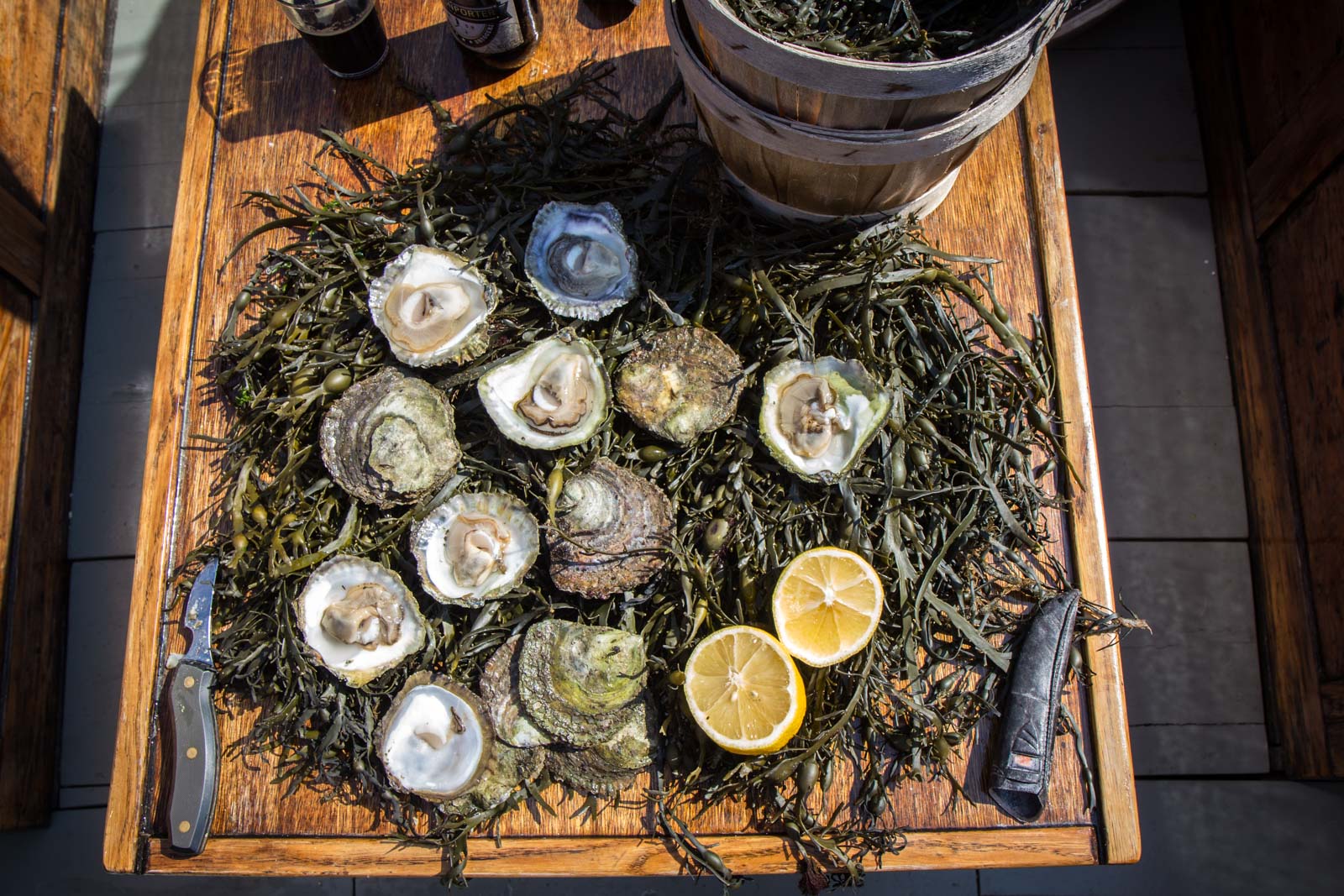 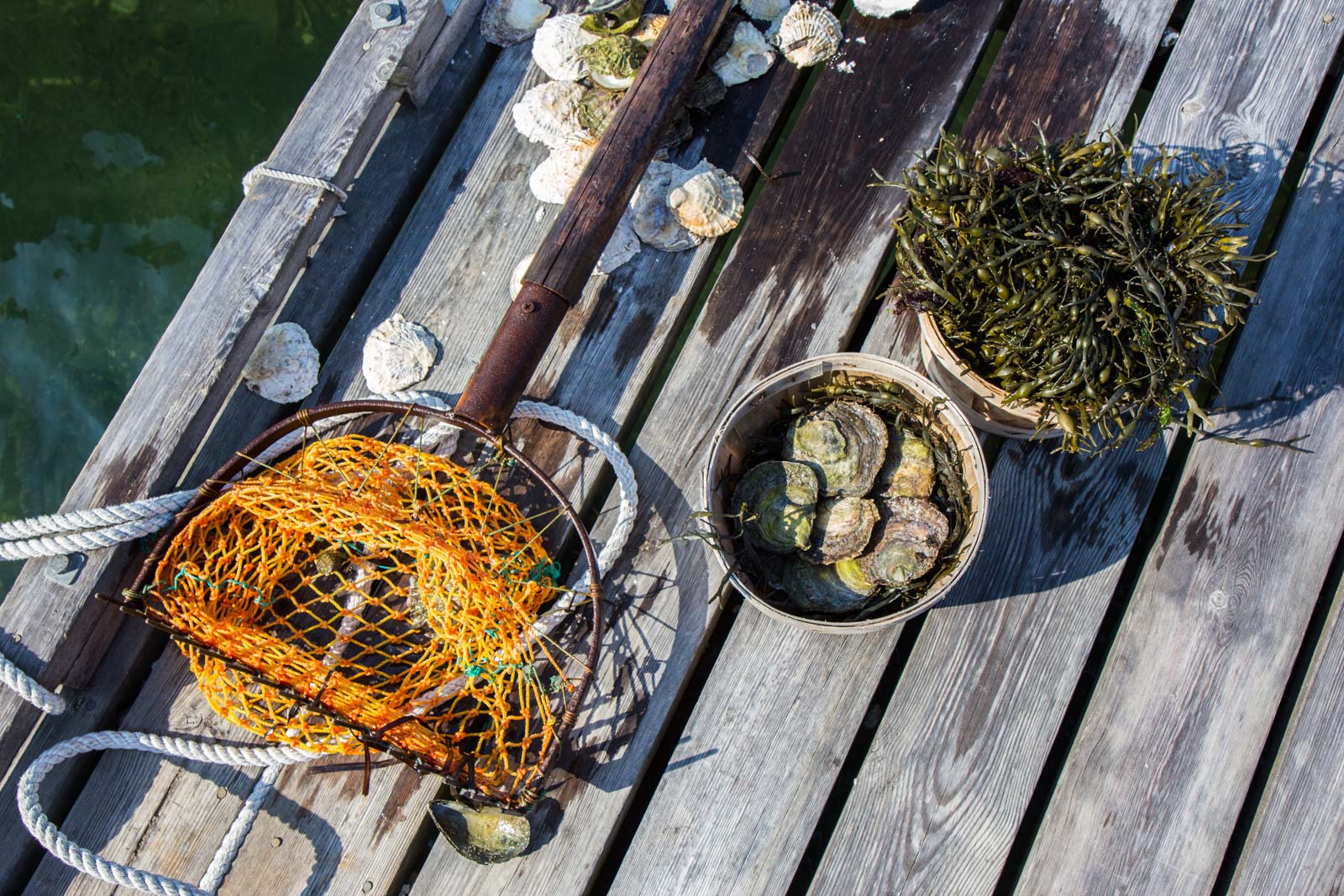 Per and Lars Karlsson now run a tourism business called Everts Sjobod which offers an intimate look into the fishing world around the water of Grebbestad with offerings like this oyster safari.

“We started are business ten years ago,” Per tells me as we sit down for a traditional fika (coffee break) in his boatshed after we return from the water.

“We started with lobster fishing and then oyster tasting and, five years ago, mackerel and crabs. We then start with the boat and now you can stay overnight here.” 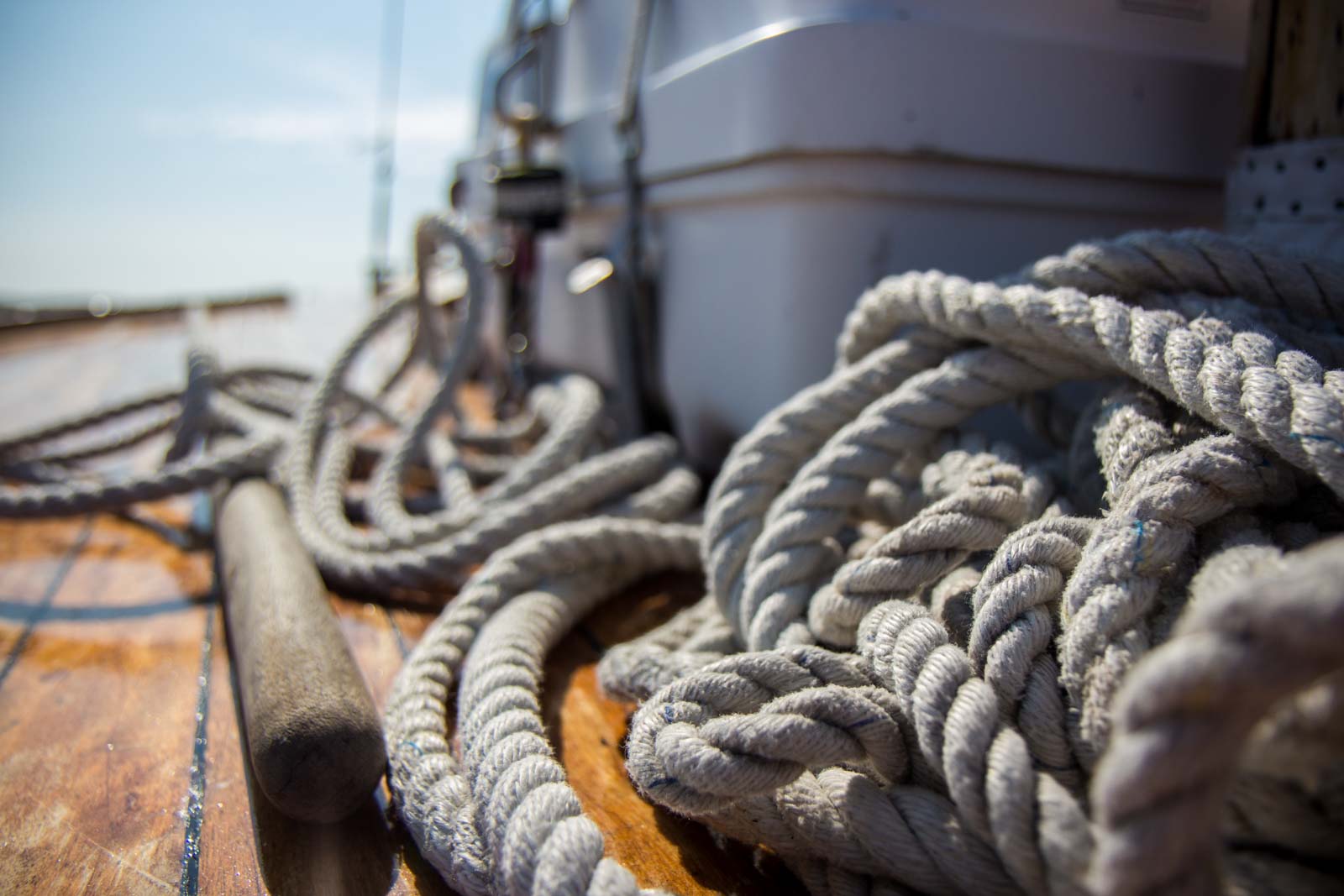 And staying overnight is what makes the experience even more special.

The boat trip and the seafood is traditional and a real highlight of Sweden’s west coast but being able to sleep in this beautifully renovated boathouse right on the water gives you a sense of seaside peace that many accommodation options in the area can’t offer. 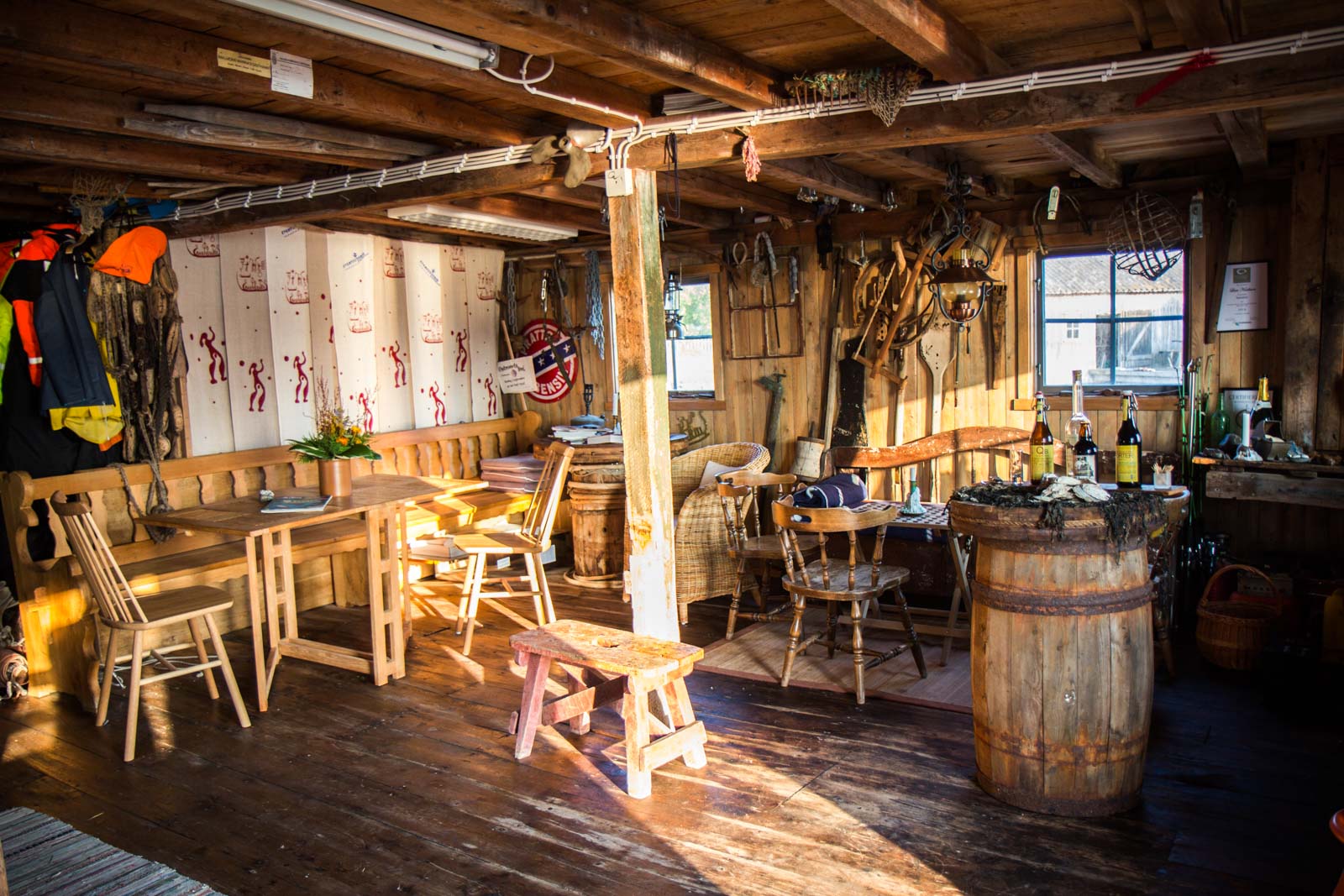 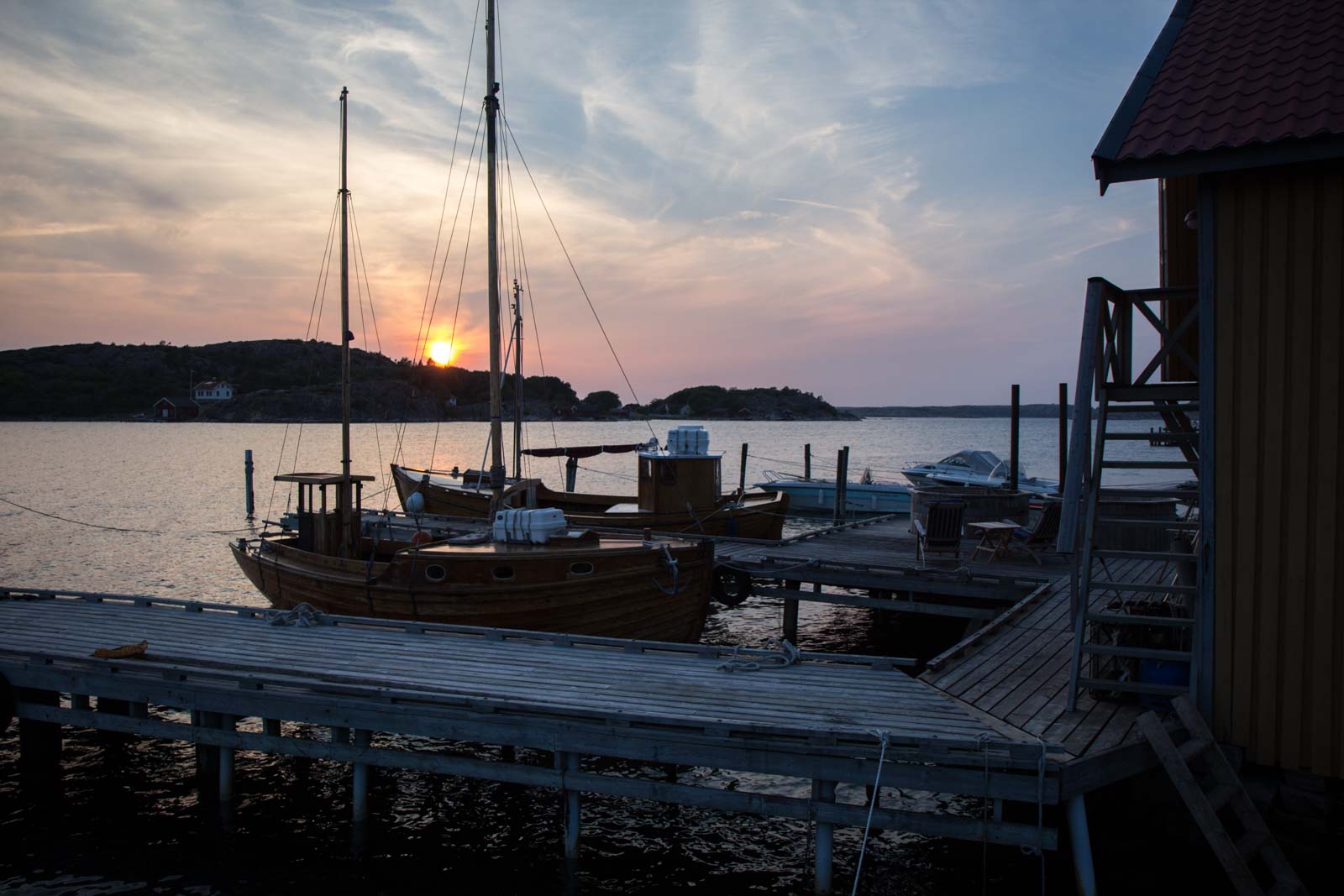 Despite the tourists who do come here in the summer for the seafood, Grebbestad and the area around it still feels authentic.

Although some of the fishermen have turned to tourism – and even more sell their catches to tourists – much here is done as it always has been.

“Fishermen here want to protect the area because their children maybe fish too,” Per says.

“It’s a marine park outside here so the big boats aren’t allowed to come here – only the small boats are allowed to fish here and they do it in a very good way.” 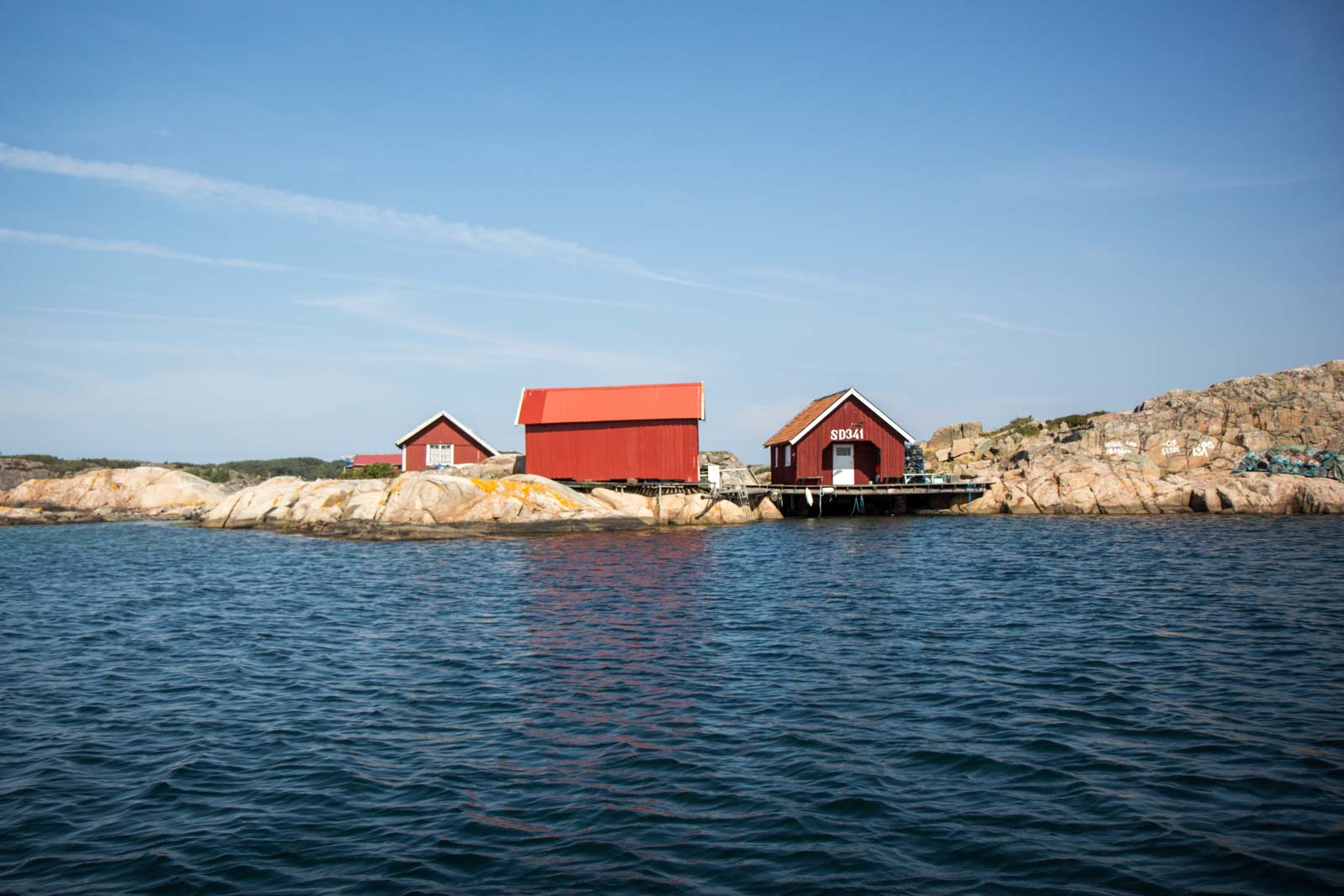 They may not be using their little huts as much as before but, when it comes to seafood, this is still Sweden’s pearl in the oyster.

Time Travel Turtle was a guest of the West Sweden Tourist Board but the opinions, over-written descriptions and bad jokes are his own.