That time of the year is upon us again. Winter may still coming but at least we’re getting closer with the latest season of Game of Thrones appearing on our screens.

The world is once more finding itself enthralled by a land of dragons, beheadings and incest.

I had my own little taste of the Game of Thrones world on a visit to Belfast. It’s here in the Northern Irish city that much of the TV series is filmed.

The main studio here is used for most of the indoor scenes that appear in the show and, because so much of the production is based here, a lot of the external scenes are filmed in the countryside around it. If you know Game of Thrones well, though, you’ll realise that the Northern Irish landscapes are most suitable for the fields of Westeros – particularly the northern lands.

“Where are my dragons?” Nowhere near here, I’m afraid.

If you want the warmer and more exotic sets, you’ll need to visit countries like Morocco, Croatia or Spain. They are a stark contrast to what I’ve discovered here (see what I did there?). 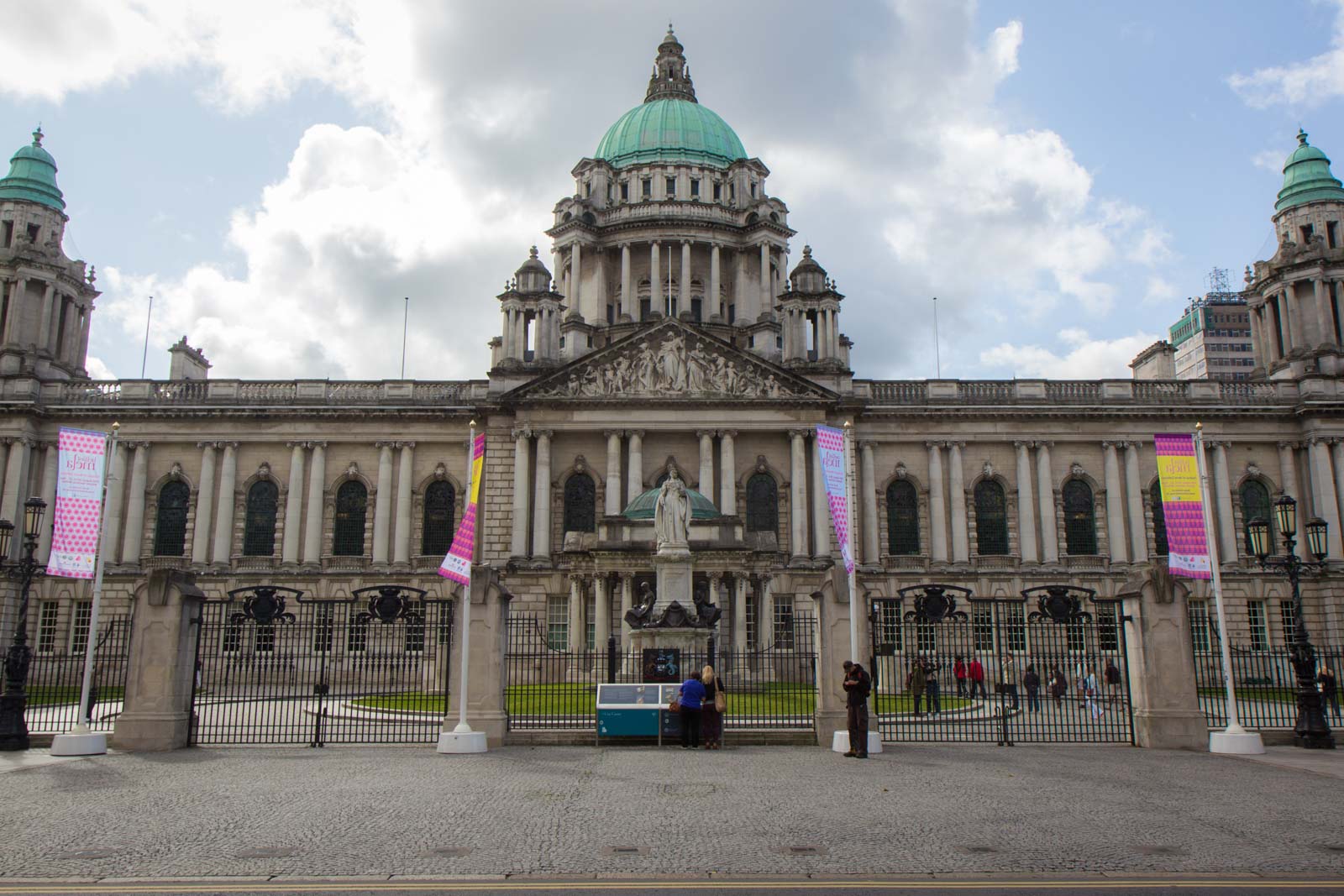 Belfast is not the most exciting city in the world. In fact, it can appear a little depressing at first glance.

The Game of Thrones actor who plays Jon Snow, Kit Harrington, has been based here for five years and says the city is only worth visiting for two or three days.

In an interview on a US chat show, he put it this way:

“They have a wonderful tourist board – they celebrate three things. Having the most bombed hotel in Europe, which is great.” (Incidentally, he’s referring to Hotel Europa, which is where I stayed – and it’s actually very nice and safe these days.)

“They built the Titanic which is a ship that sunk on its maiden voyage and now they have Game of Thrones, the most depressing TV show in history.”

You can see his full comments about Belfast here:

Now, I think he’s probably being a bit unfair. If you scratch beneath the service, Belfast has a lot to offer and there’s a great deal of gentrification work that’s going on to bring a new life to the centre of the city.

It is a little rough around the edges but that just adds character – and not the kind that George RR Martin enjoys killing off unexpectedly.

However, let’s take Kit at his word for the moment and look at something very cool you can do just outside of Belfast. And I think Jon Snow might appreciate this… because it’s a Game of Thrones tour!

Game of Thrones tour around Belfast

I set out in the car from Belfast with my local guide, Dee, who has come equipped with a tablet loaded with some Game of Thrones scenes. As we get to each stop, she shows me the clip from the TV series that corresponds with what I’m looking at.

The first stop is Cairncastle and it indeed does look just like a field. But one with dramatic rolling hills and a distant view down the coast.

This spot was used for several scenes in the early seasons of Game of Thrones. It was here that Ned Stark beheaded the deserter from The Wall in one of the very first episodes.

It’s also where Catelyn captures Tyrion. And, later on, it’s where Bran, Rikon, Osha, and Hodor look back for their final glimpse (I assume) of Winterfell on their way towards the north. 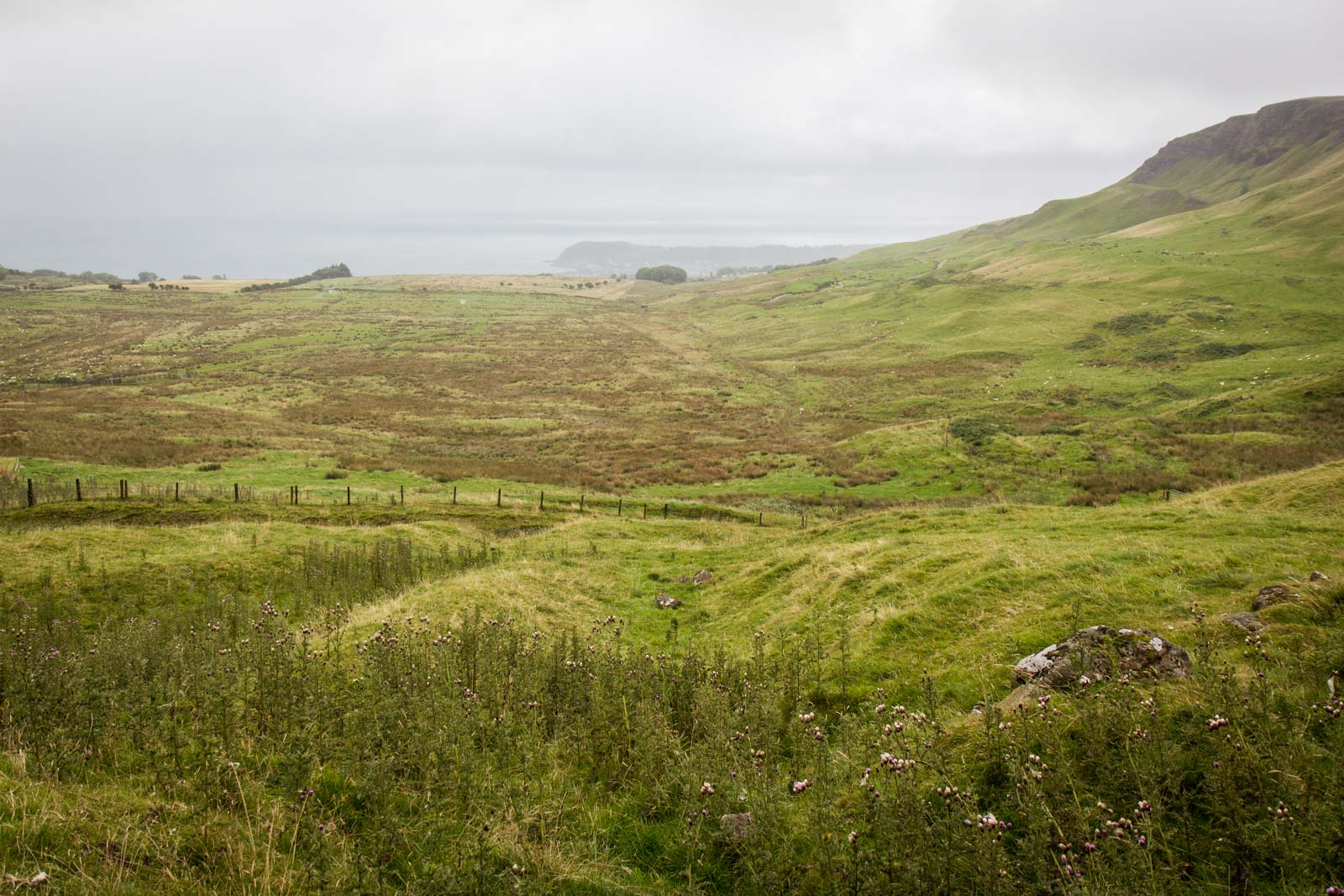 Next we swing by a small jewellery workshop called Steensons in the town of Glenarm. These guys, although they’re just a small independent company, were commissioned by HBO to make a lot of the jewellery for the TV series.

So that includes a lot of the brooches, the clasp of the Hand of the King, and the crowns for Margaery and Joffrey’s wedding (I bet they wish they had done the catering for that one!). 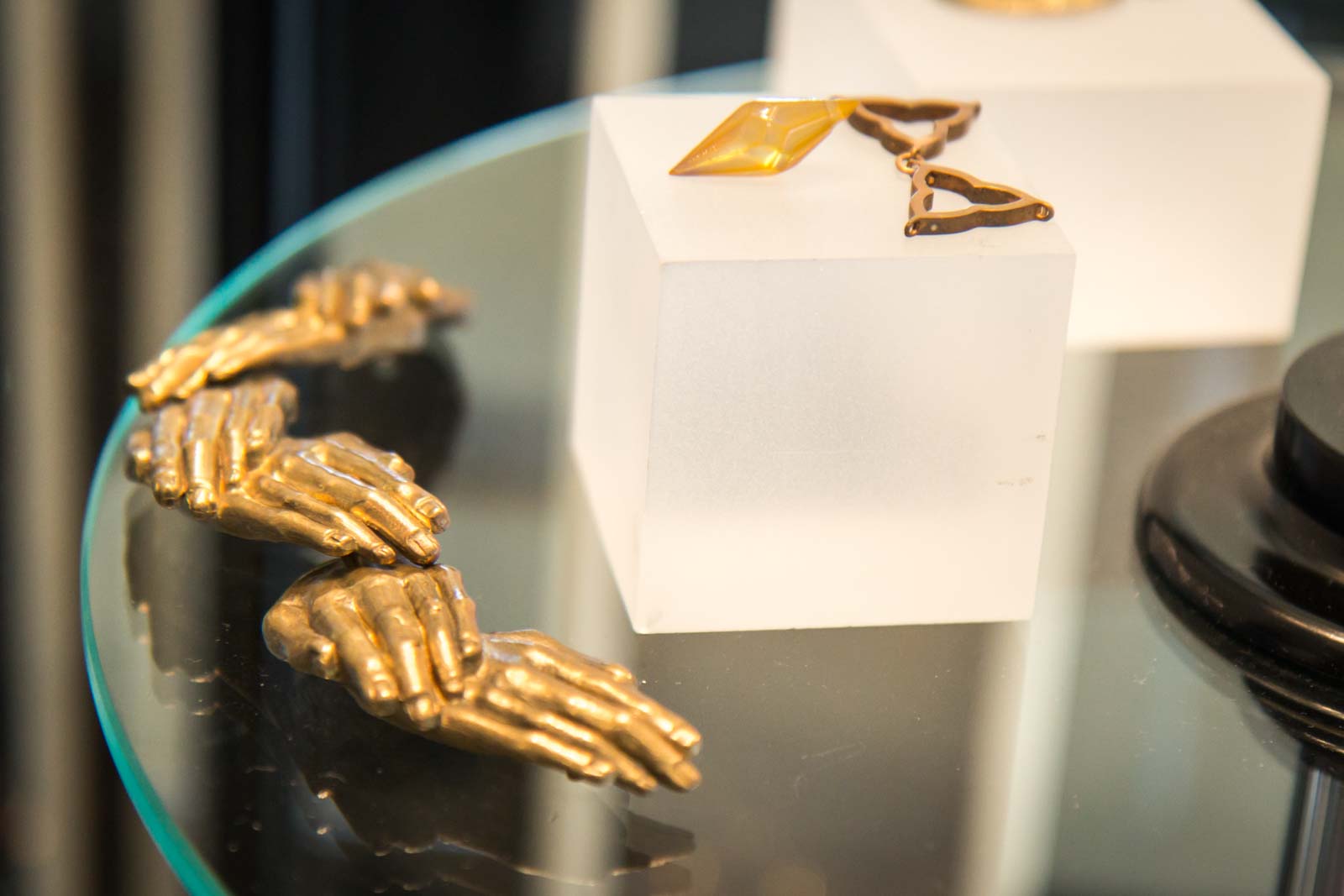 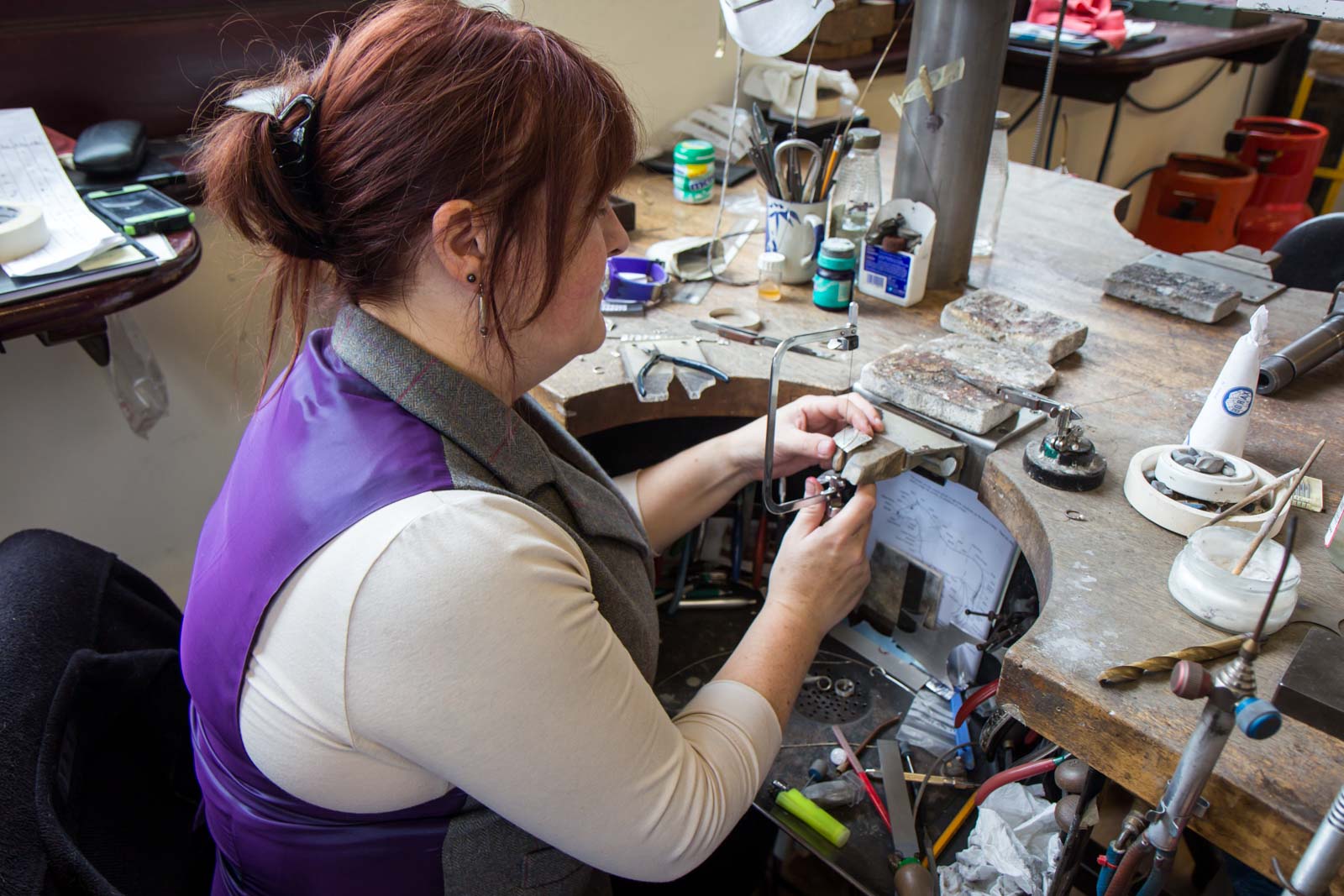 Then it’s along the coastline to a small cave near crashing waves that was used for one of the show’s creepier scenes. It was here at Cushendun that they filmed the moment when the Red Woman, Melisandre, gave birth to that creepy demon baby that killed Renly.

In the middle of the day, the cave doesn’t seem nearly as eerie as it did in that scene – but you an imagine something like that happening here. 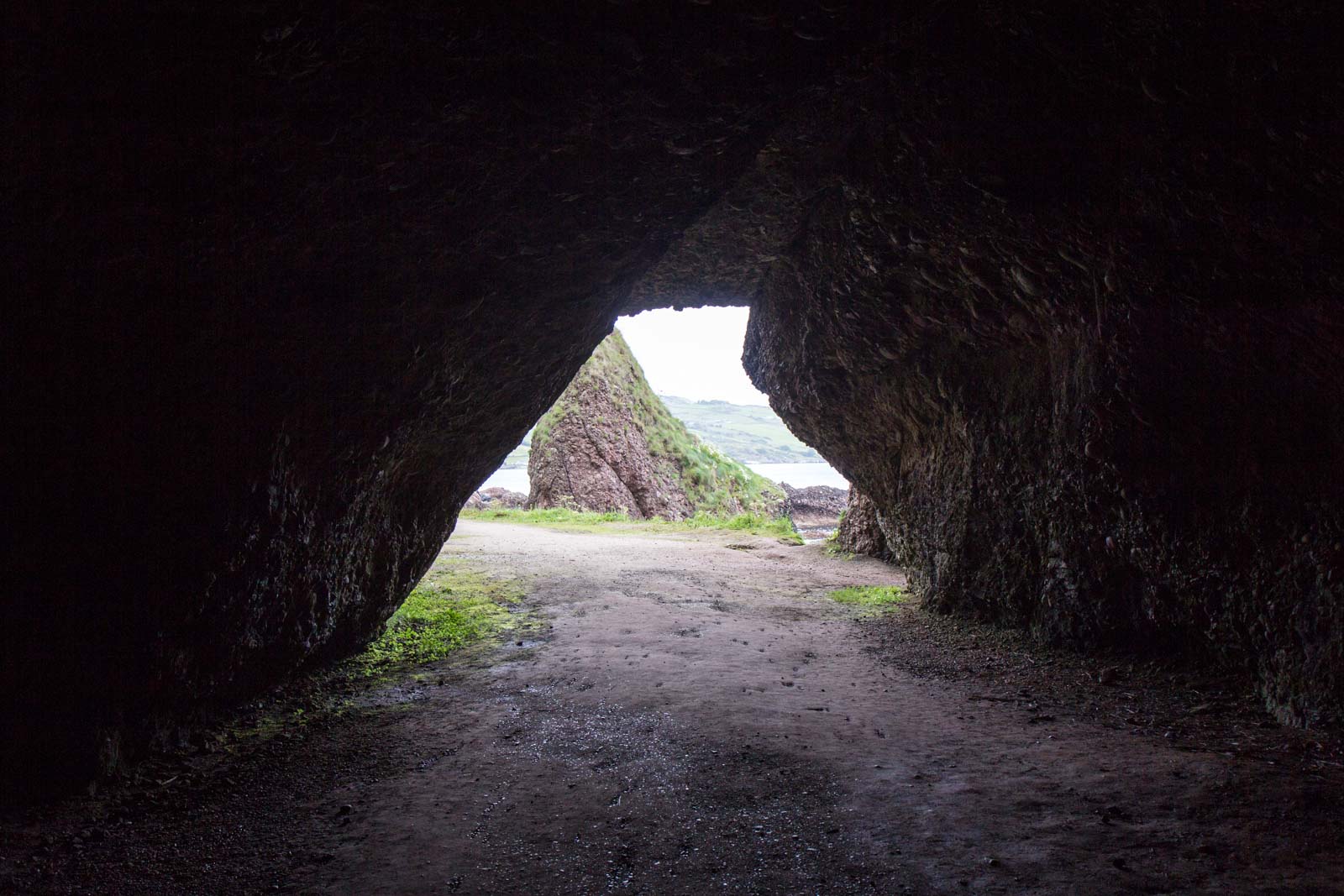 Further along the coast, we reach a carpark near Carrick-a-rede. Now, to me, this place just looks like a rough carpark. Dee, however, knows better.

She shows me a video on her tablet and I realise that we are at the place where Renly set up his camp (no pun intended). It looks really different in real life to the screen but I can notice the same background of stone. 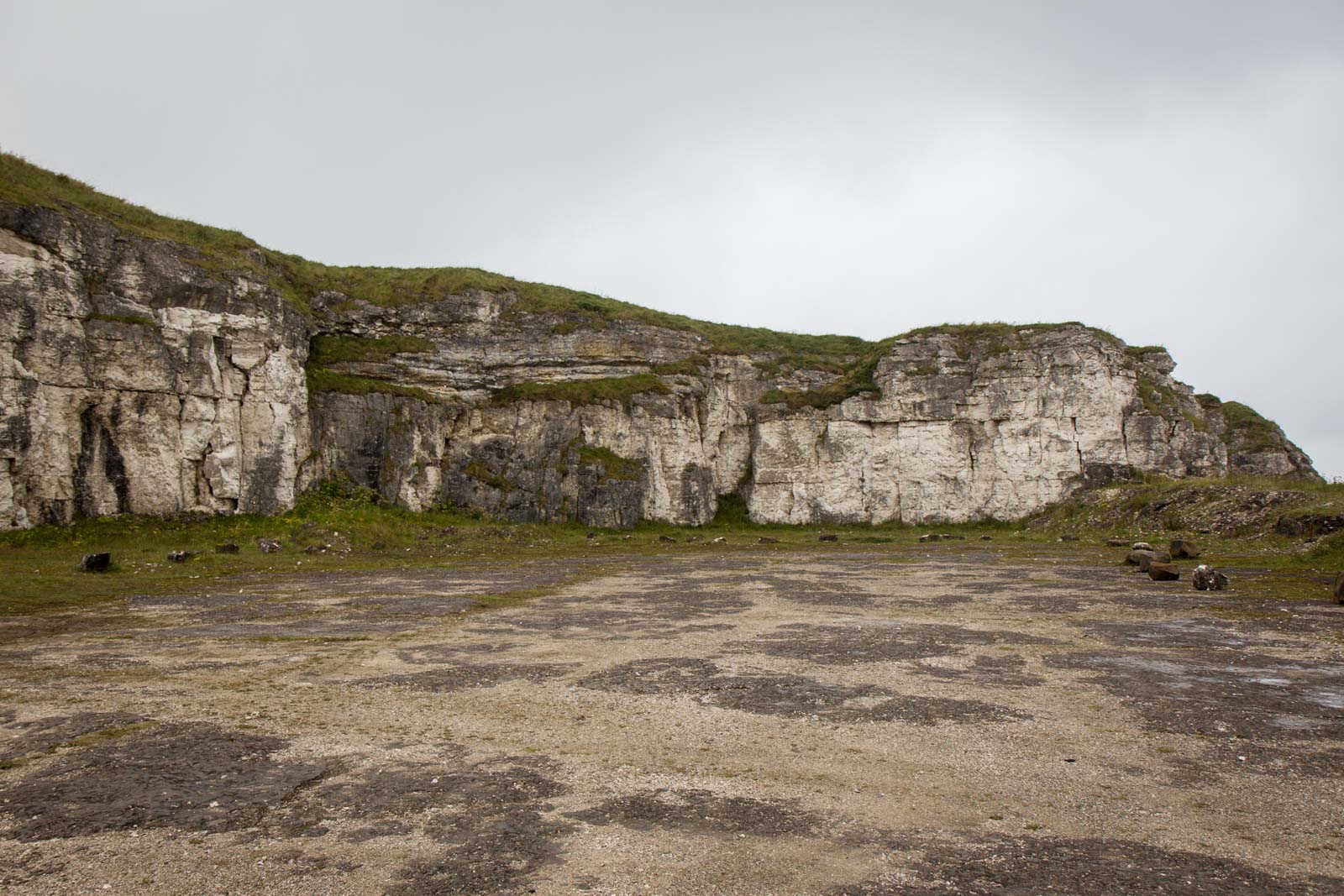 The next stop is much more recognisable. Ballintoy is still used in Northern Ireland as a small working harbour but in Game of Thrones it was the setting for the harbour on the Iron Islands that Theon returned to on his way to see his father.

You may remember that he tried to pick up his sister here without realising it was her. Although, considering the overall plot, it might not have mattered if he had known who she was. 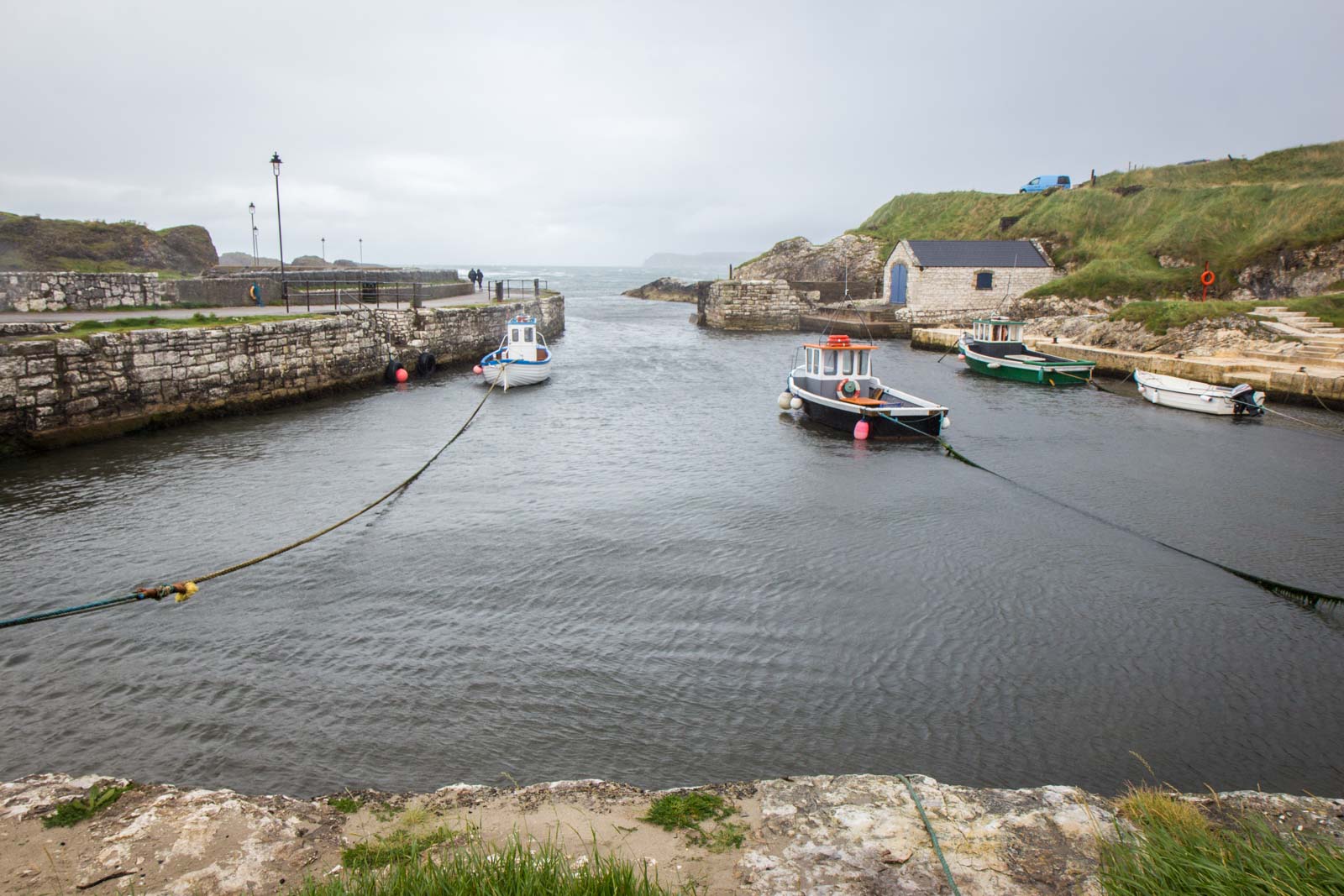 The final Game of Thrones-related stop on this road trip through the countryside is at a famous spot called the Dark Hedges. It is a hauntingly beautiful road where the trees grow over to form a natural arch.

Even before the TV series, this was a popular spot for visitors and photographers. The producers used it as the Kings Road in a scene when Arya was escaping from Kings Landing. 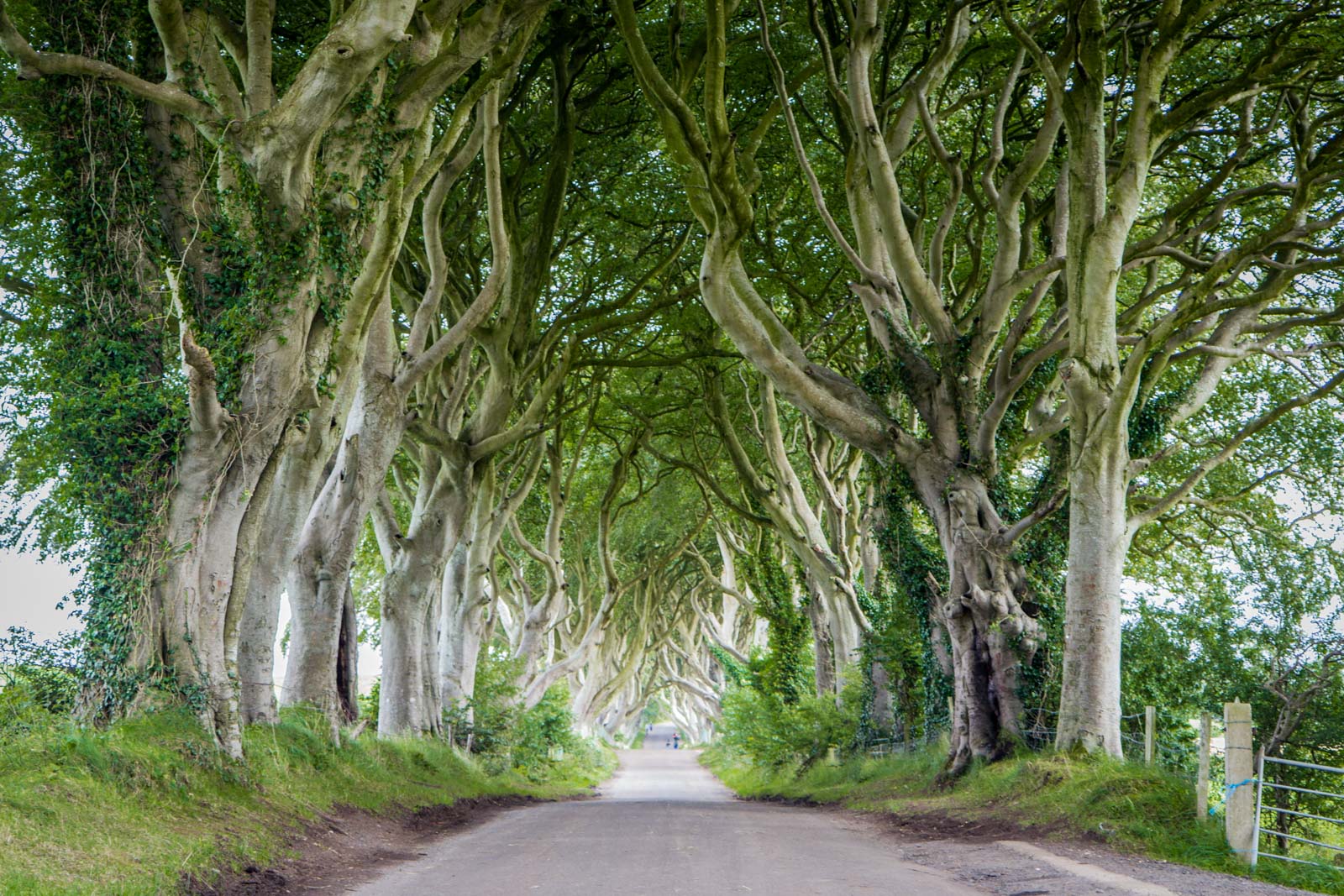 Ultimately, a Game of Thrones tour through the countryside around Belfast is not going to feel like a journey through Westeros. There are very few actual sets and, if you didn’t have someone pointing out the locations, you probably wouldn’t even notice some of them.

But I don’t think that’s really the point. It’s actually just a fun way to take a drive through the green landscapes and see a bit of rural Northern Ireland.

The drive I took is on the way to The Giant’s Causeway, which is the best day trip you can do out of Belfast. So it’s easy to combine the two.

Once you’re not going out of your way to see these Game of Thrones locations, they do seem worth the small little detours.

If you’re looking for a budget option, the two best options in Belfast are Vagabonds or Global Village.
Unfortunately there aren't many cheap hotels in Belfast but you can often get good deals at ETAP Hotels, which has a great location.
For a cool boutique hotel, The Bullitt is my favourite choice.
And for luxury in a beautiful heritage building, you can't go past The Merchant Hotel. 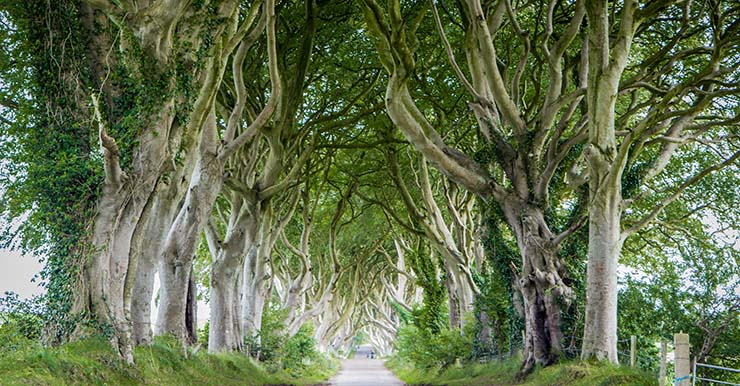