With his knife out, my escort carefully kneels down amongst the trees. He looks around quickly to survey the surrounds then focuses his attention on the ground.

The knife is raised, aimed and then goes straight in between some blades of grass. A quick battle with a pile of dirt ensues and then success. We have caught some food.

Don’t get too excited, though. This was not an epic struggle of animals in the wild.

The food we have managed to find is a small garlic-like onion buried just beneath the surface of the Scottish environment. But that’s the reality of having to forage for your own food. 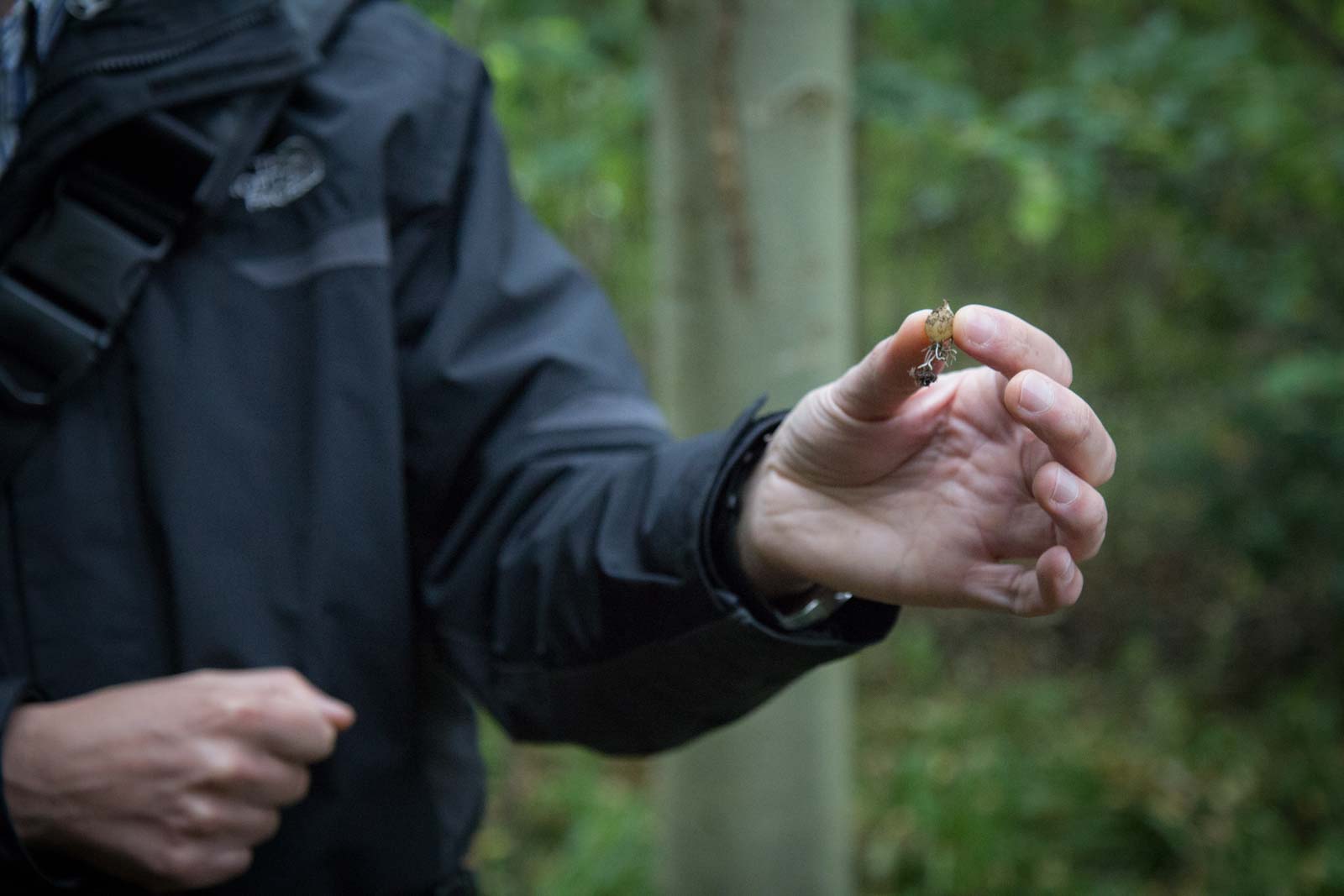 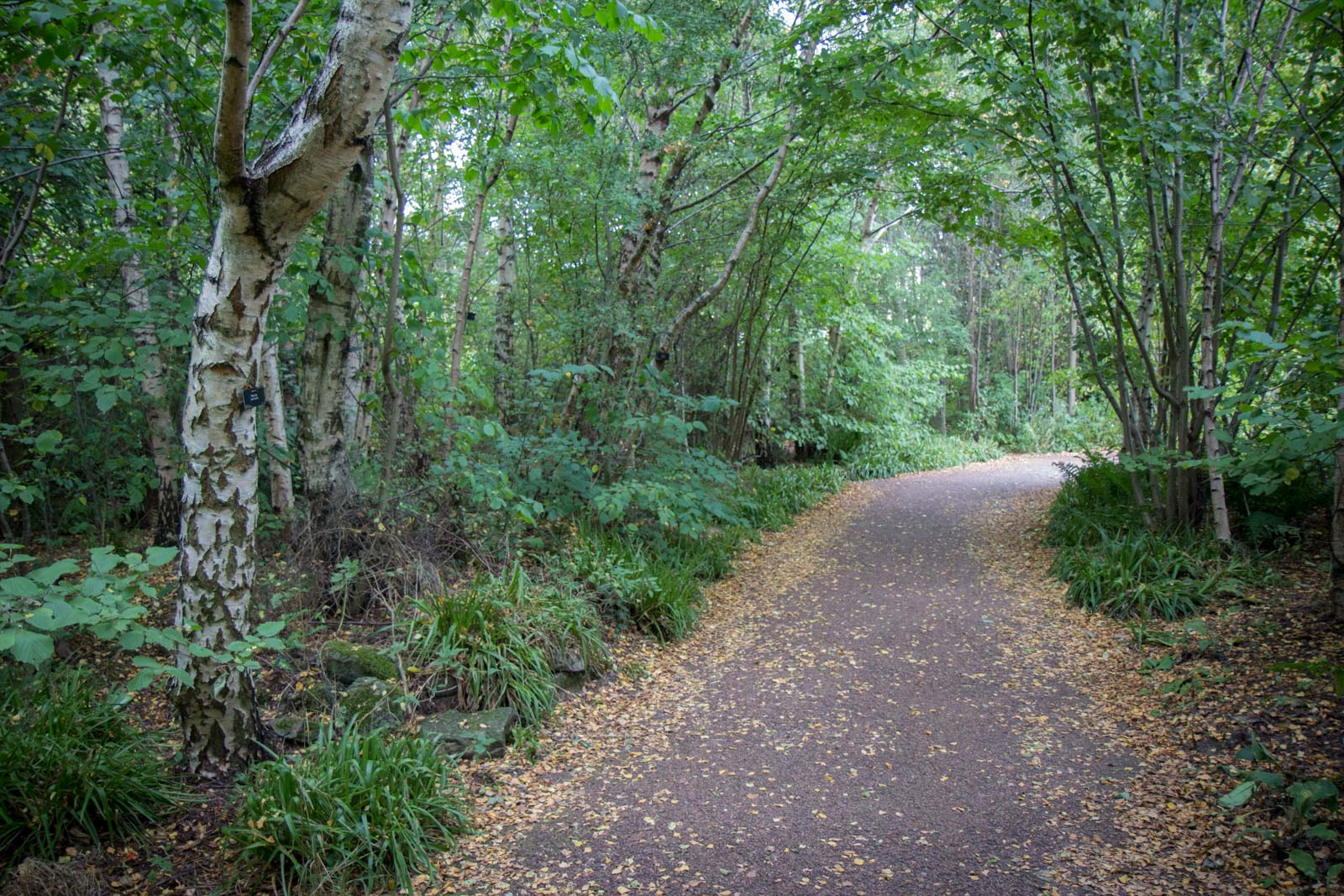 Before supermarkets, restaurants and home-delivered pizza, this is how humans would find their daily meals. There was a time when man did not tend the fields or trade in markets. Humans were semi-nomadic, they hunted for meat and they foraged for fruit and vegetables.

They had to know what was edible and what was potentially fatal. They are skills which have been lost by most people over the generations… but now, in Scotland, foraging is making a comeback. “I think it’s something that people are wanting to find out more about”, says Max Coleman from Edinburgh’s Royal Botanic Garden.

“I think historically, if you go back in time, people did it because they had to to survive and then we’ve kind of lost the knowledge. But I think people are interested to learn about what is available near where they live and I think there’s a growing interest.” Normally the closest I come to foraging is finding a café in a park so Max is showing me some tricks inside the Botanic Garden early in the morning before it opens to the public.

The most important thing is to know what you’re looking for because not everything that grows on trees or out of the ground is safe. He doesn’t like my idea of just grabbing whatever I can and cooking it up for breakfast.

“You can become very unstuck if you go down that route,” Max warns.

“Random picking of things and trying them is not a good idea at all. It’s a bit like playing Russian Roulette – you’re eventually going to eat something that is deadly poisonous.” 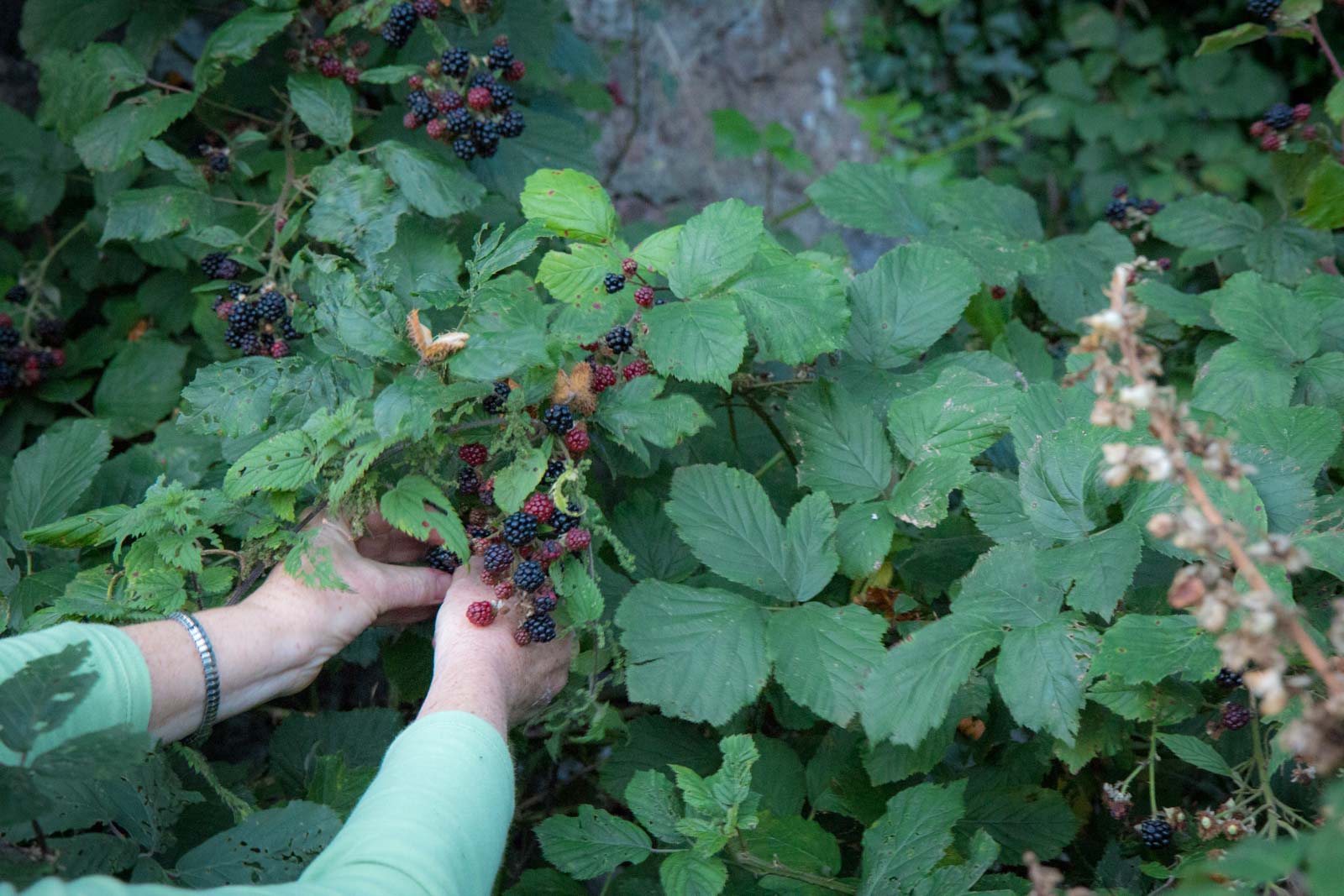 Thankfully there are some tricks that beginners like me can use. If you don’t have an expert like Max Coleman with you, the best things to start with are blackberries and nettles.

“The thing I like about nettles”, Max says, “is it’s the plant you can identify in the dark because you can feel it sting you and it’s not something you are going to muddle up.”

“There is nothing remotely like a nettle that is poisonous that you’ll find and in springtime, when we’re feeling like we need a lift, you can make a lovely soup out of that.”

Listen to more of Max Coleman talking about foraging in Scotland:

The Royal Botanic Garden here in Edinburgh runs courses on foraging but I decide to go a bit adventurous and try finding some food outside the sanctuary. It’s in the forests of Argyll that I discover a good source of mushrooms.

This can be dangerous territory for the uninitiated so luckily local expert Marlyn Turbitt is on hand to show me a few of her favourite places in the Fearnoch Forest. 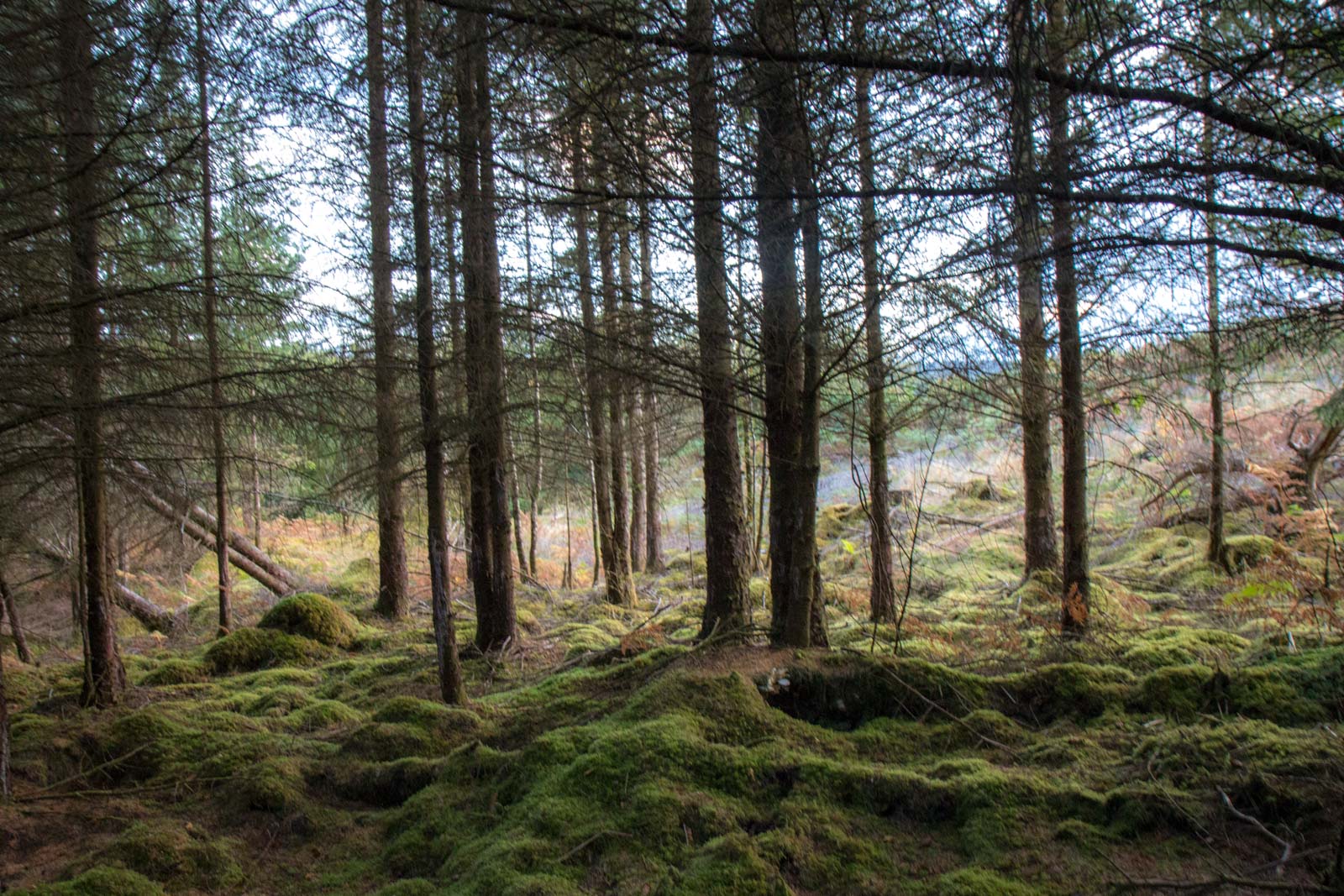 As we walk through the forest, at times breaking through the brush, she points out mushrooms that her eagle eyes are spotting.

Not all are edible and she warns me away from a poisonous purple one and a hallucinogenic red one. But between the angel’s wings, the chanterelles and several other types we find, there’s enough for a decent meal. 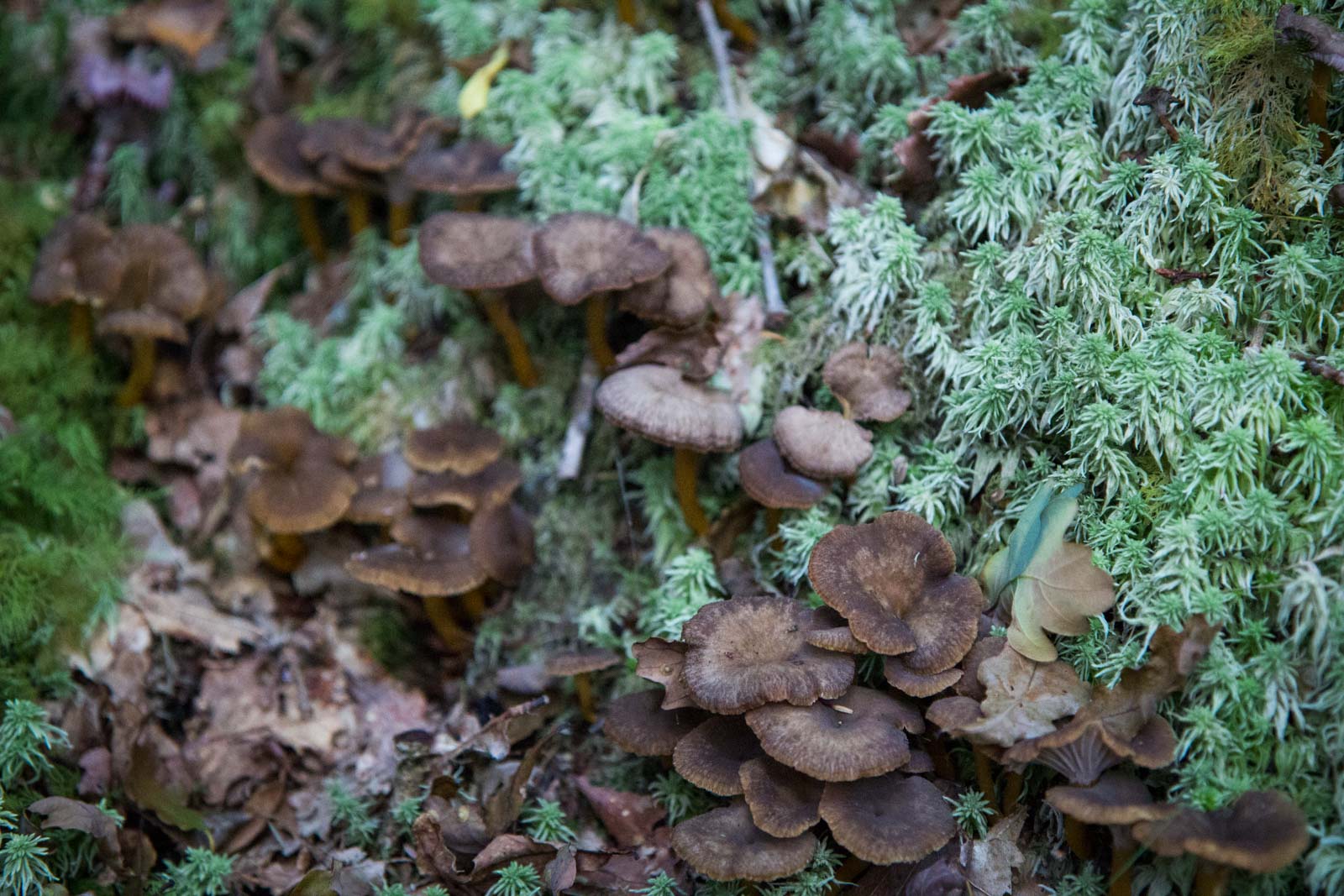 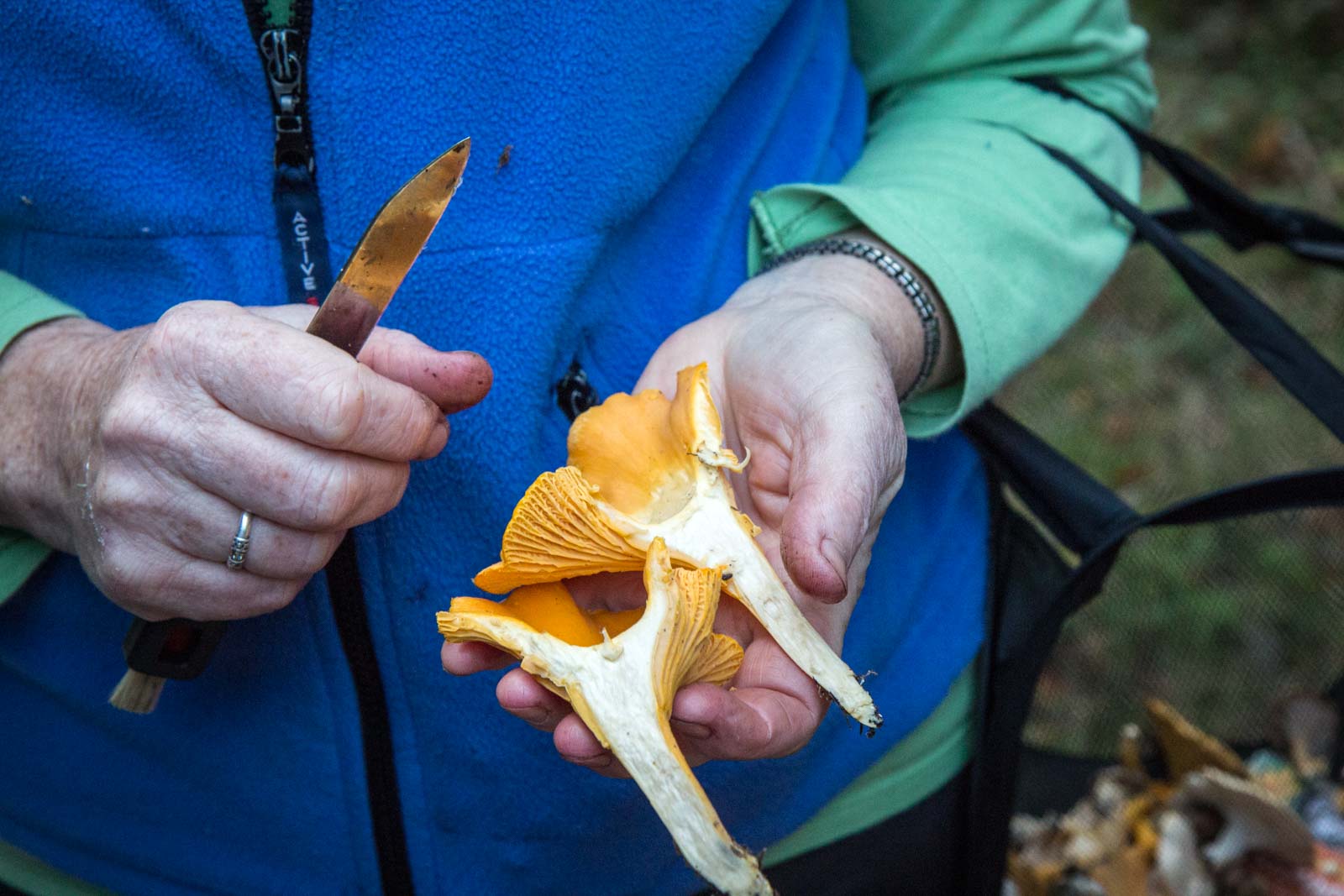 It’s popular in this region of Scotland for locals to come with a basket and spend an hour collecting mushrooms for a meal. But recently, Marlyn tells me, someone has been coming and collecting more than his fair share to sell at markets. People round these parts aren’t pleased with that.

Still, I’ve collected enough for now and head for the evening to the Airdeny Chalets in the nearby town of Taynuilt.

I’m a guest of Embrace Scotland, the group representing self-catered accommodation in the country, and it seems like the perfect opportunity to use the kitchen provided to cook some of the foraged food. 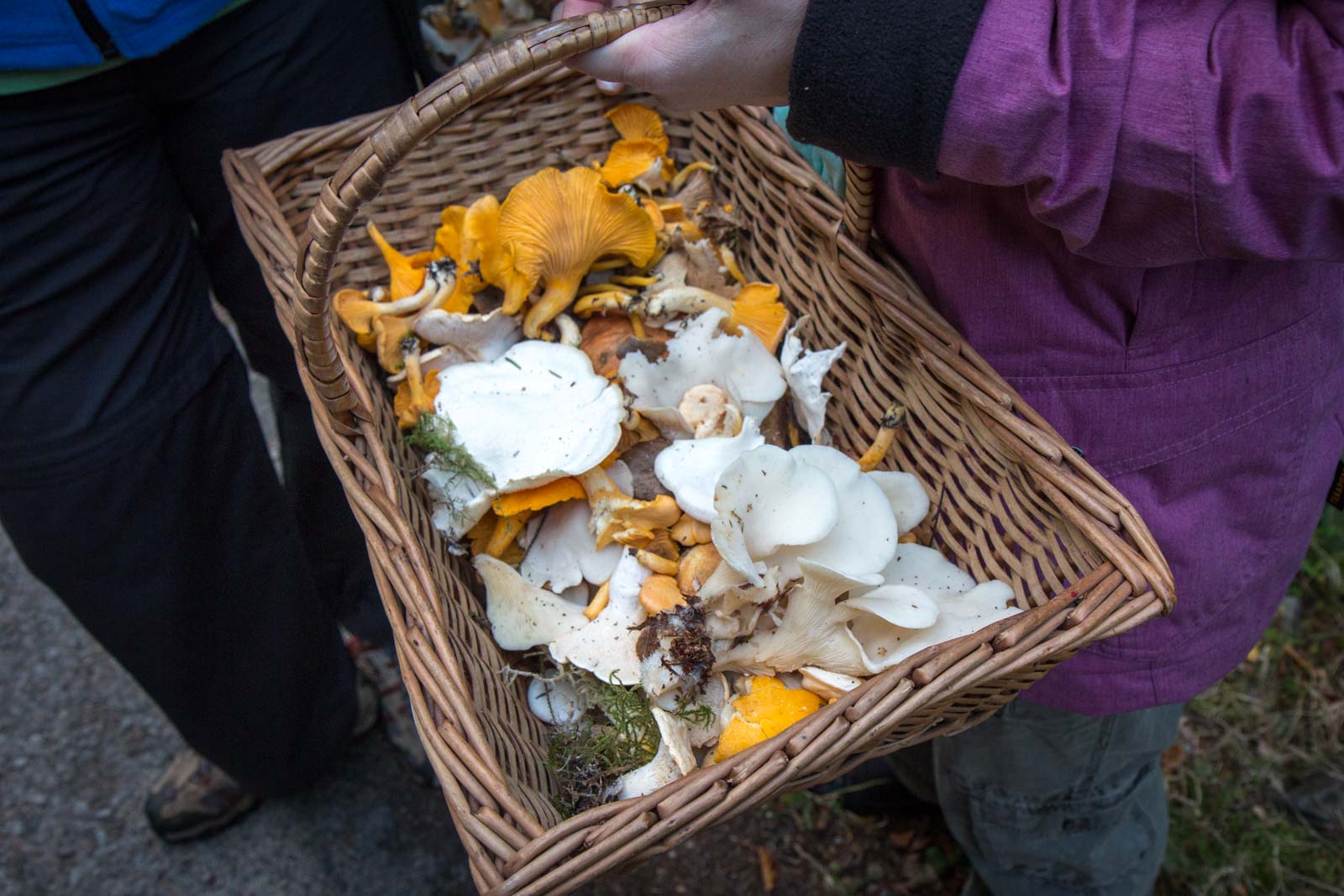 Not all that’s needed for dinner is accessible in nearby forests, though. Some vegetables come from a nearby cooperative farm and still other items come from the supermarket.

I’m reminded of what Max Coleman told me at the Botanic Garden when I asked if we could survive on foraging these days.

“I think it’s often just a little addition of some interesting flavours”, is how he puts it.

“So, for instance, the elderberry you can make something out of that like a syrup or a juice that could go with some meat and it’s just an addition to the thing you’ve bought in the shops. I think living off foraged food is a challenge and you have to dedicate your life to it like the Stone Age people would have done.” That does sound a little too difficult for my liking. It’s fun to spice up a meal a bit with something you’ve found yourself… and the mushrooms are delicious. So are the wild blackberries we found on the way back to the chalet.

But I don’t think I could survive if I couldn’t call for take-out from time to time.

Time Travel Turtle was a guest of Embrace Scotland, Momondo and Skyscanner but the opinions, over-written descriptions and bad jokes are his own. 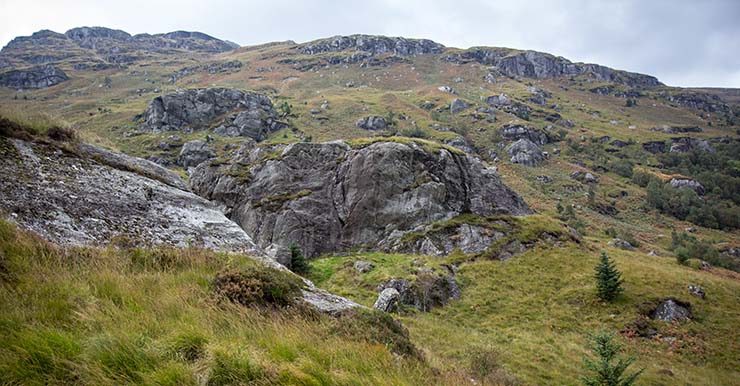 WANT TO KNOW MORE ABOUT SCOTLAND?

To help you plan your Scotland travel:

I am a ‘Wanderer’ with G Adventures and they have great tours of the UK.