Jubilee flotilla on the Thames

Oh, for such a British event, there was such British weather.

The rain and the cold didn’t keep the Queen’s loyal subjects away from the Thames to see her Diamond Jubilee flotilla, though.

Oh no, it was something else entirely that stopped much of the crowd enjoying the festivities.

“I suggest you either go home or find a pub with a tellie,” shouted the safety officer with the polite assertion that only the English do so well.

The parade of boats down the River Thames had not even started yet but already people were being turned away. 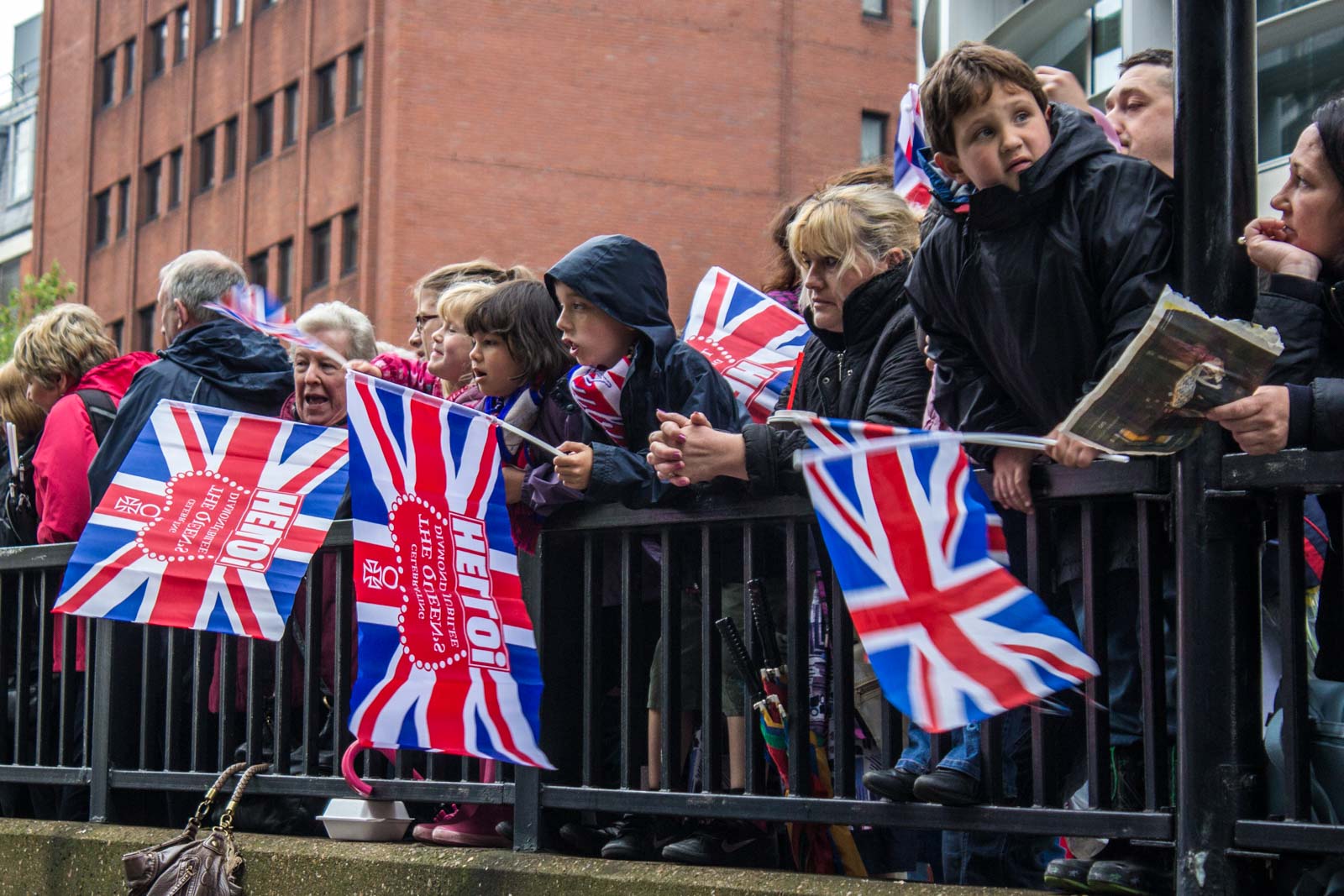 As I walked the back streets to try to find an access point, it was hard to move in some parts. Thousands – no, tens of thousands – of people were in the same boat (ironic pun intended).

Each potential entry to the river met with the same result: a group of security guards in orange fluoro barring the way.

If I peeked past the barriers, I could see some spectators by the water. But each time there seemed to be a lot less people down there than in these streets. 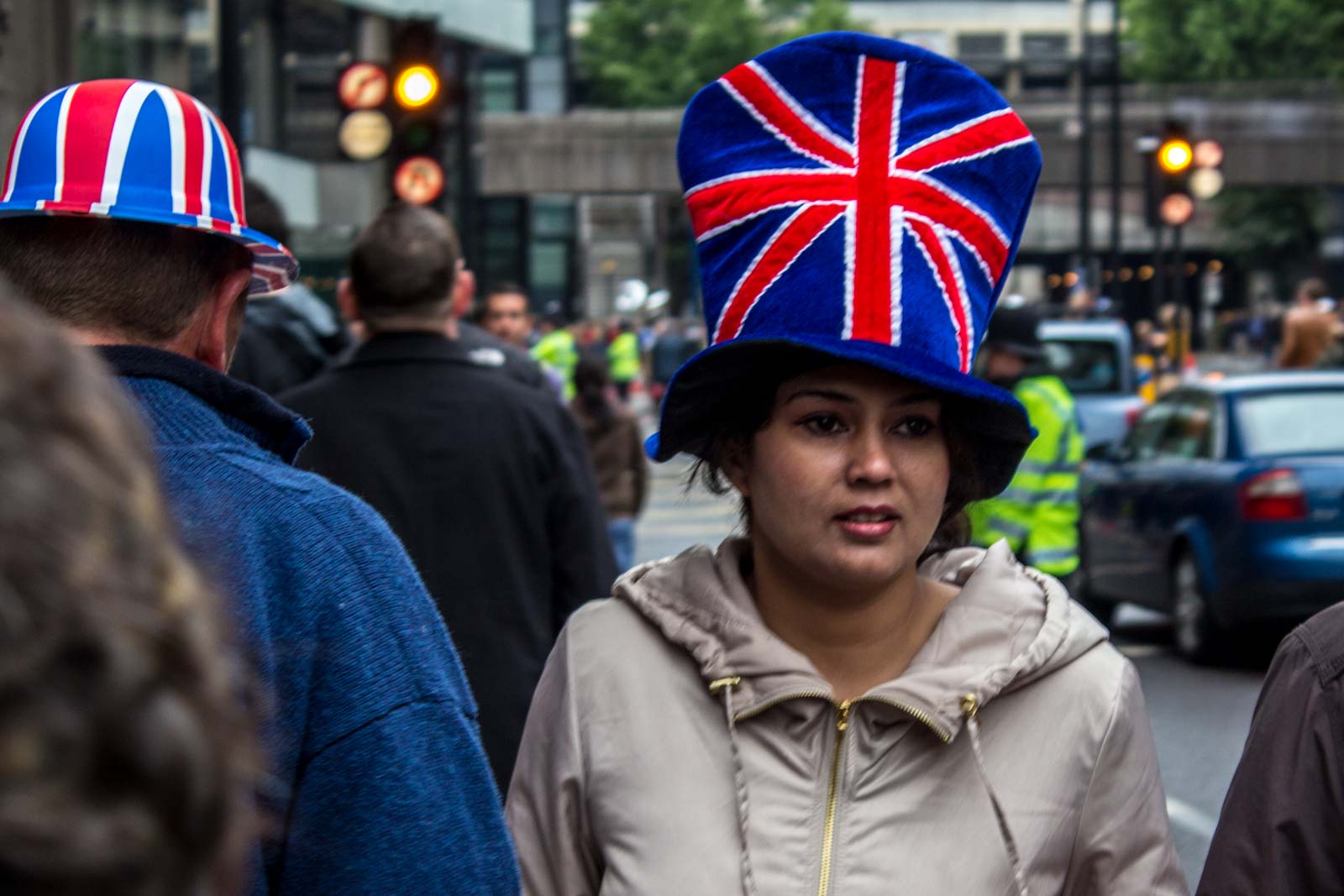 A river of frustrated British citizens flowed along the pathways parallel to the flotilla, both potentially record-making in their size. Yet there was no anger from these subjects of the Queen.

There was some frustration at not being able to get a view, but this generally manifested itself in quiet mutterings rather than anything more volatile.

“I hate the Queen,” one young man shouted to the crowd. 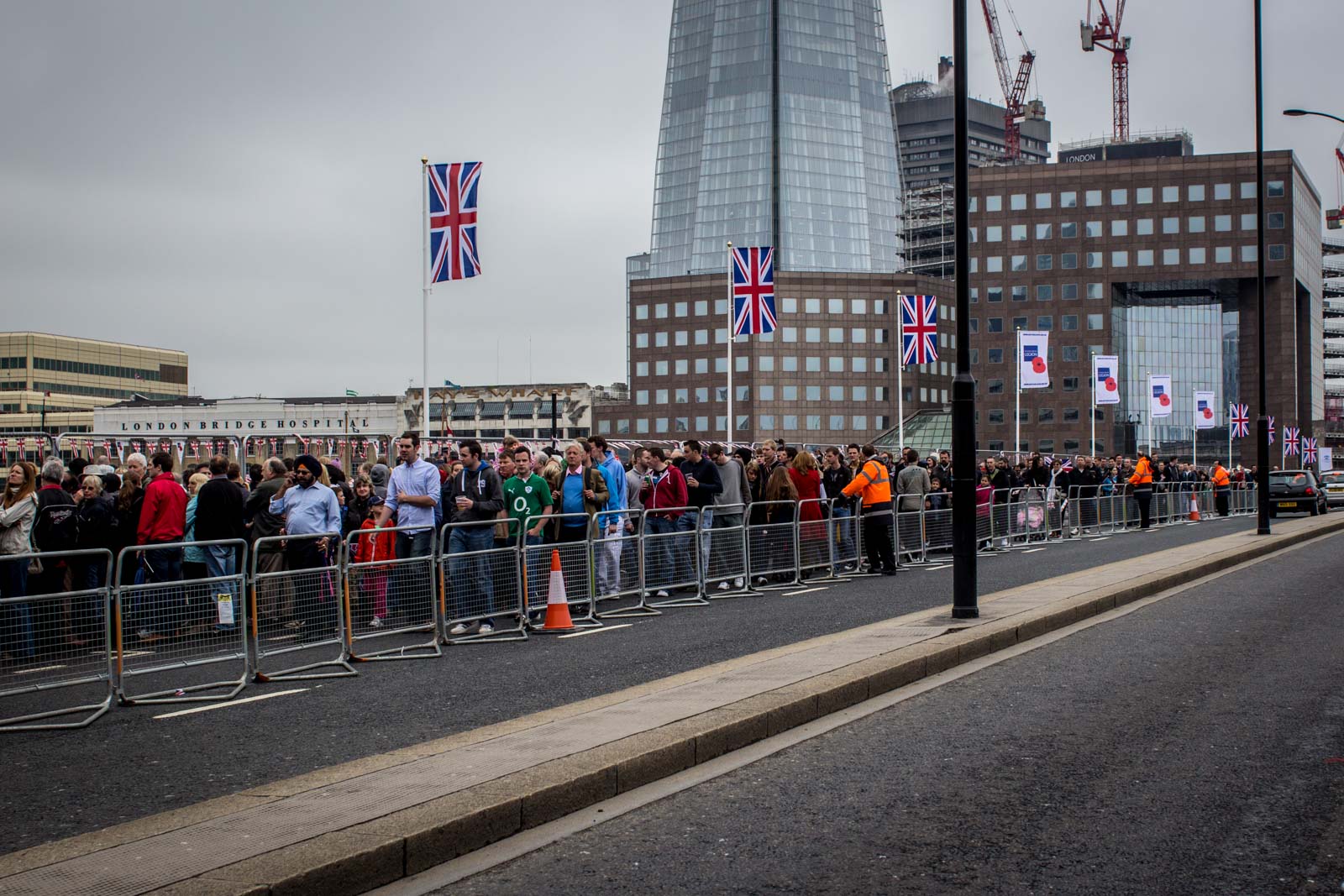 Personally, I wasn’t particularly annoyed. I knew that I had arrived a bit later than I should have and there would be consequences for that. What I didn’t expect was there to be so many people in a similar predicament.

I felt sorry for them. Most of the supporters who had come down to the Thames had made an effort – they were carrying flags, wearing Union Jack hats or coats, and had the flag draped over them. 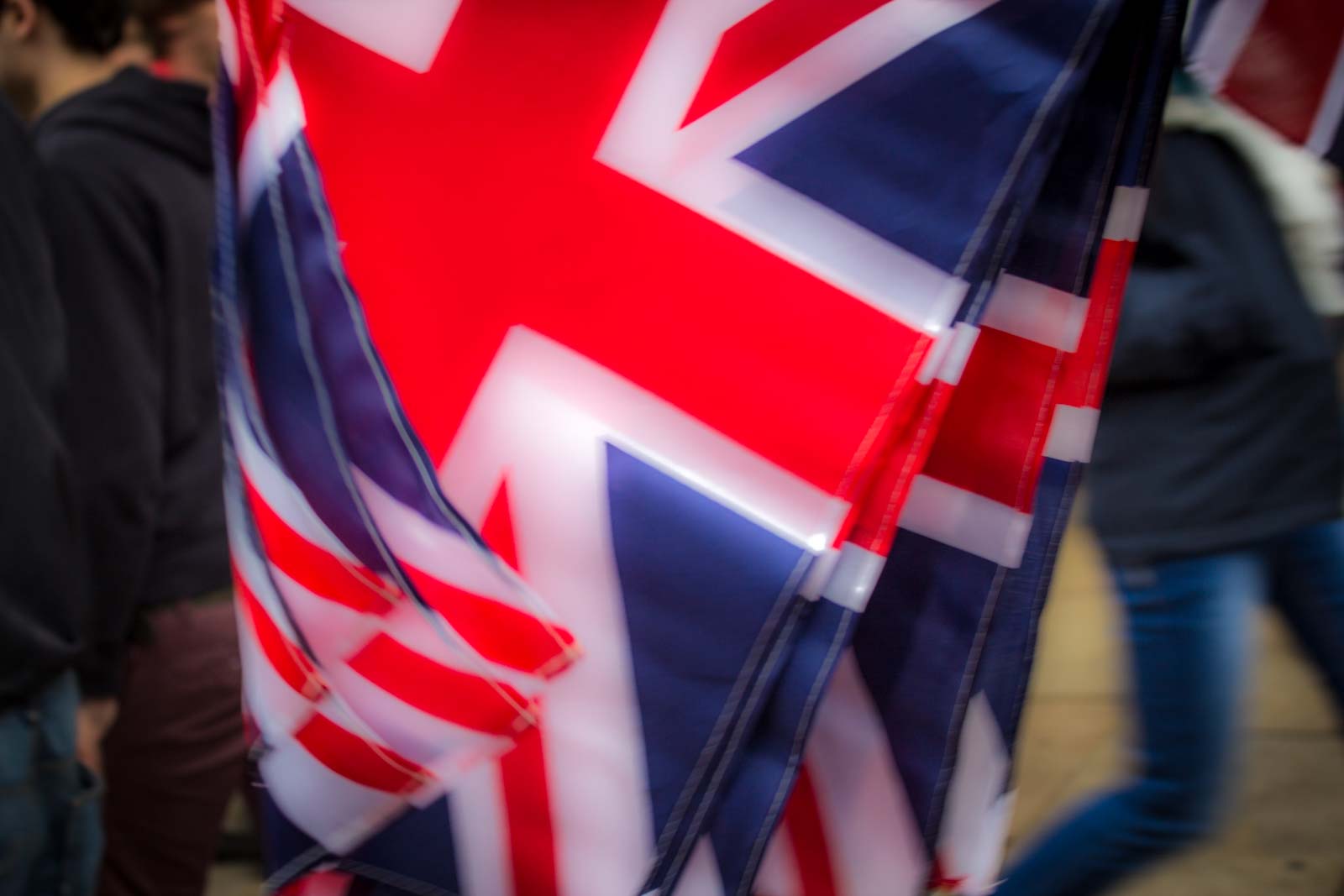 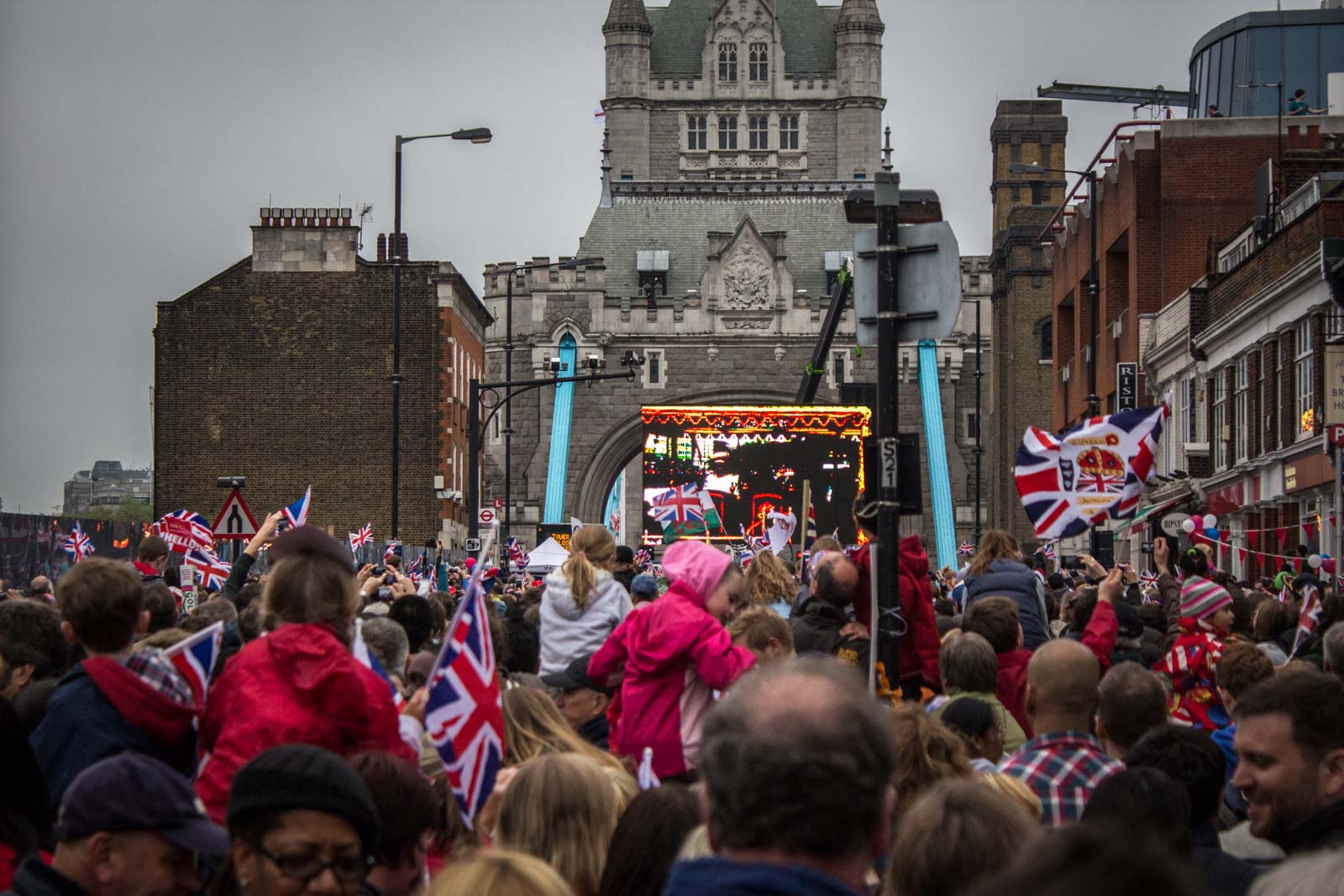 The problem, as I see it, was twofold.

Firstly that the Thames doesn’t actually have many viewing areas.

Unlike many of the rivers in world capitals, the Thames has buildings right up to the water along much of the length; it doesn’t have a natural pathway along its banks. That severely limits the options for the public during an occasion like this.

The second, which I overheard many people discussing, is that there wasn’t much information given beforehand about where the best areas would be, what time would be too late to arrive, and whether there were any special facilities put in place for the million or so people expected to attend (there were hardly any). 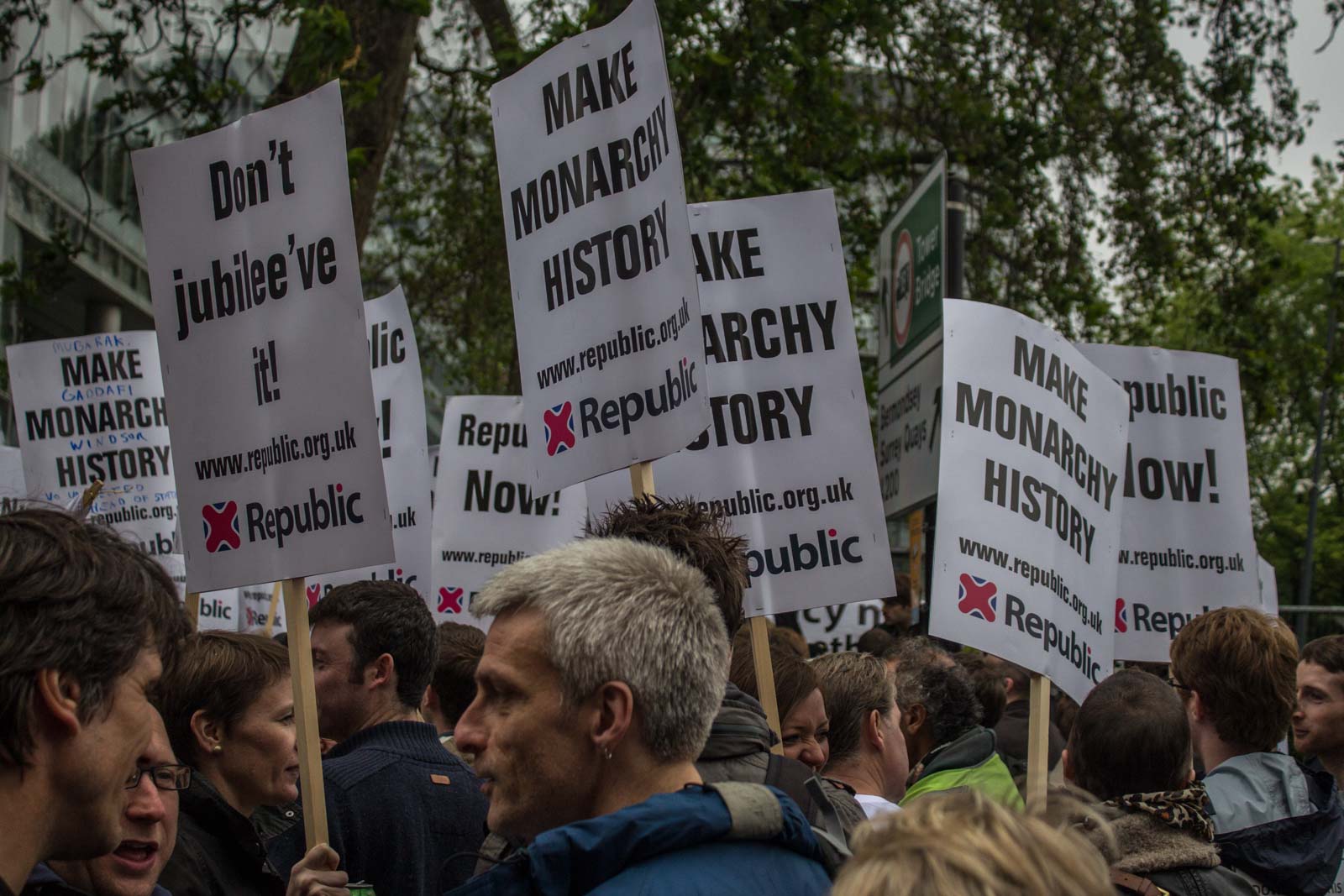 Much has been written or spoken in the media in past 24 hours about the spectacle of the Queen’s jubilee flotilla. Presumably it’s been by journalists and commentators who had their spot reserved for them.

They didn’t have to fight with the crowds to try to get even an obstructed glimpse of the water and the thousand boats.

The parade of vessels was supposed to be the crowning glory of the weekend’s diamond jubilee celebrations. In some senses it lived up to expectations with the size and pageantry but not, unfortunately, with its accessibility.

Bands on boats played the British classic ‘Pomp and Circumstance’. There was plenty of pomp on the Thames. I was with the tens of thousands of others who were victims of circumstance.