This is the story of an Indian child who, after years living on the streets of India, found a home showing foreigners around his city.

Begging for money, shining shoes for tips, collecting trash to sell for scraps. This is the how the street kids of Delhi survive each day.

Pickpocketing is common, drugs are rife, gangs are unavoidable. 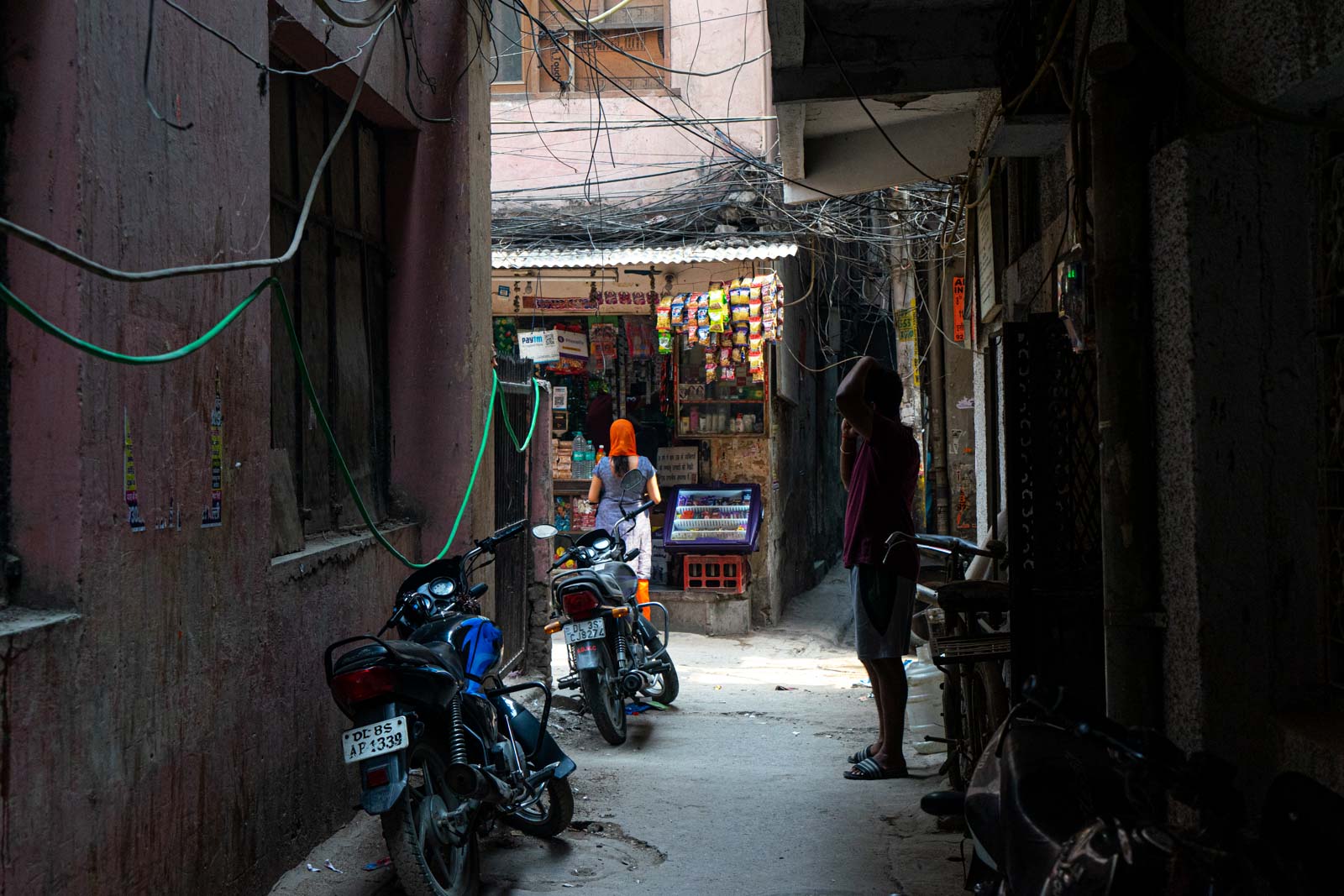 To me – and presumably to you – it sounds like a miserable way to spend your childhood. But for Asif, who started living on the streets when he was just eight years old, it was a life where he felt he belonged.

“When you’re part of the street, you have freedoms and you have everything you want,” he says.

“And once you take drugs, you get addicted. So it’s very hard to leave the streets.” 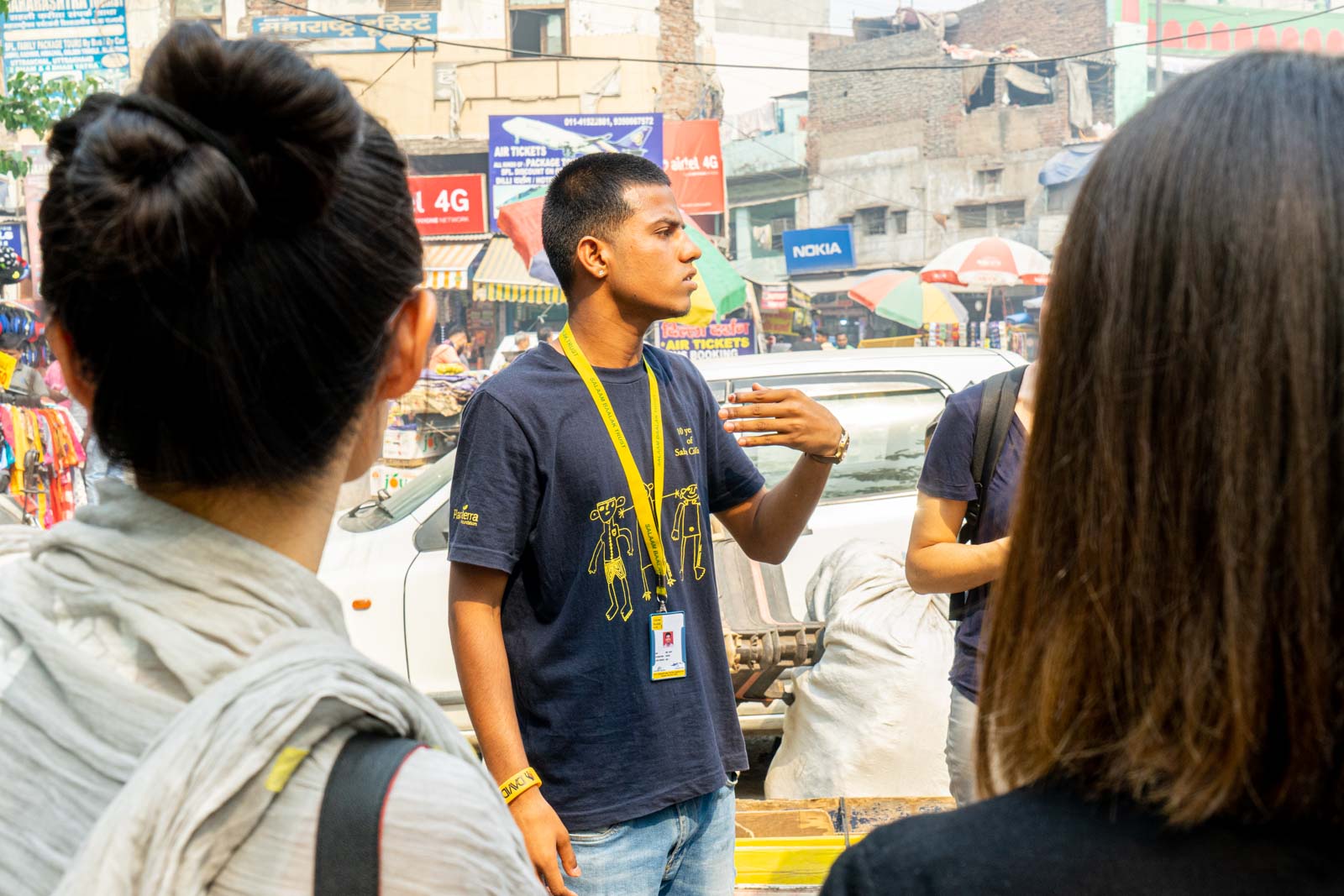 Asif was homeless for six years, until he was 14 years old. It was at this age that he did what many of his fellow street kids didn’t want to do – he found a way to get out.

He joined an organisation called Salaam Baalak Trust that helps homeless youth get an education. It also trains them to become tour guides in Delhi, which is how I meet him. 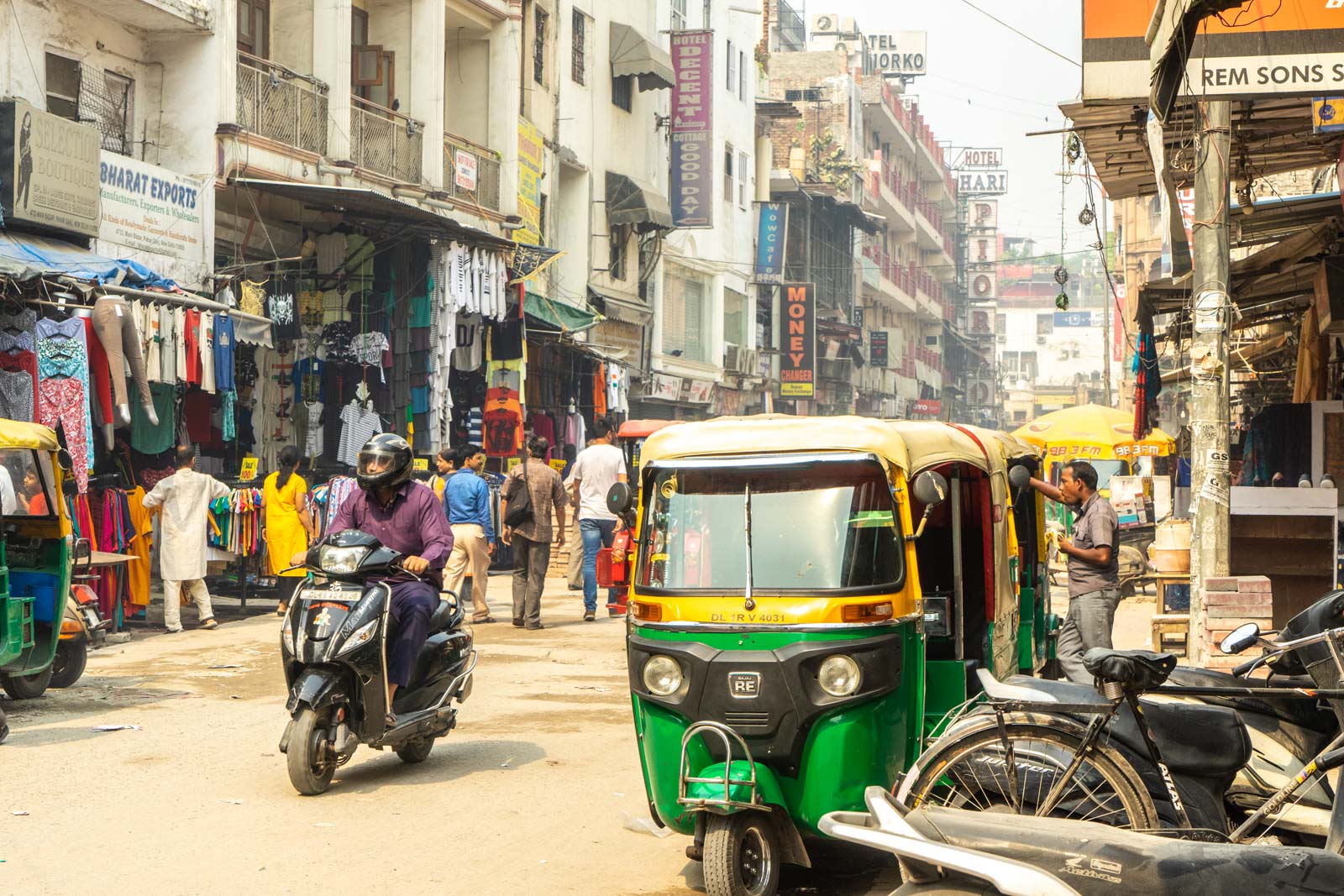 As you may know, I work as a ‘G Wanderer’ with G Adventures, which brings most of its Delhi tours to Salaam Baalak Trust to be shown the city streets by people who used to sleep on them.

Asif takes us through the laneways around Delhi’s central train station. We see local vendors, learn about different types of houses, see some of the interesting little quirks of this neighbourhood. 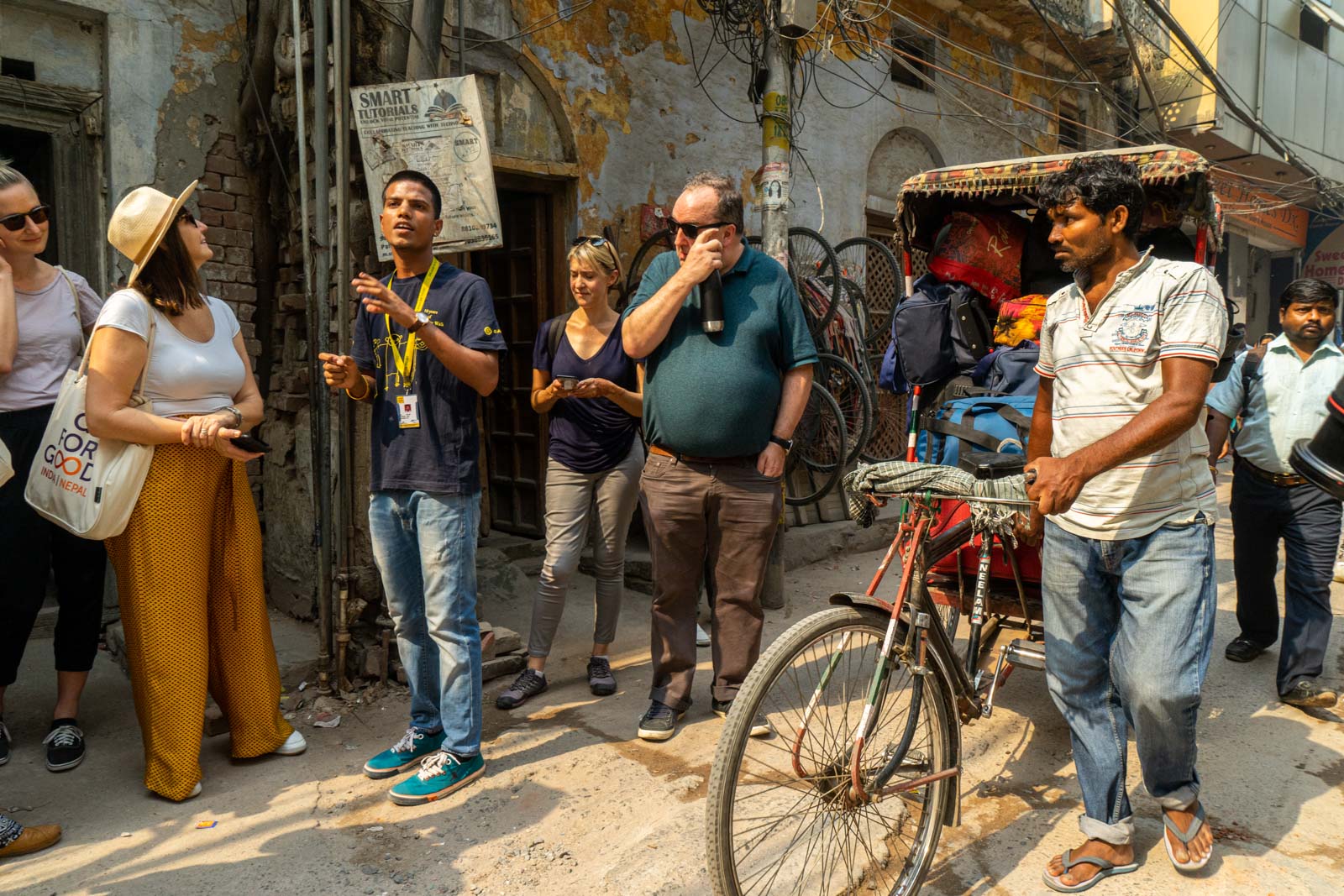 And through it all, we hear more about Asif and how his life brought him to this point.

He was born into a troubled family. His older sister was already married and had moved away. His mother left when he was just four years old, and his father died from tuberculosis when he was eight.

Asif went to live with his sister but she made him work, not study, even though he was just a child. So he ran away to Mumbai to try to find his mother, but couldn’t. Instead, he found a gang that taught him how to pickpocket to survive. And he found drugs – sniffing glue and other substances, which was also part of survival.

“Many kids sniff glue because it stops the hunger,” he says, “and it numbs the body so you don’t feel anything anymore.”

But Asif left Mumbai. He travelled to Rajahastan, through other parts of South Asia, and even to Nepal because he wanted to see snow. “But it was summer so there was no snow,” he says with a chuckle. 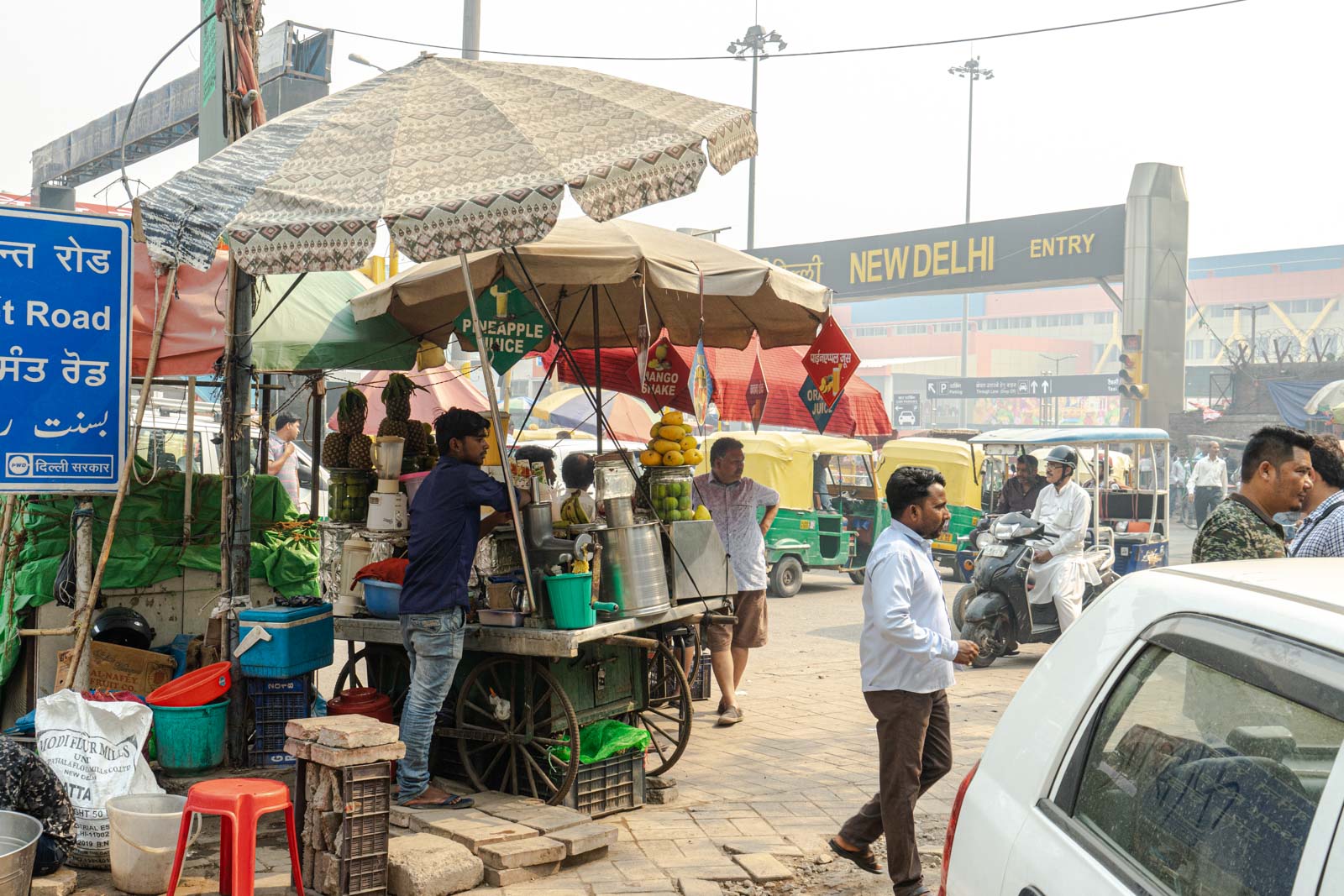 Then he ended up in Delhi, where it’s estimated there are about 100,000 homeless children.

They run away from home for a variety of reasons – because of physical abuse, because their families can’t afford to keep them, to find employment, or to escape arranged marriages.

But they don’t all have the optimism and drive of Asif. Or, at least, they don’t keep it after a few years of life on the streets. Thankfully, Salaam Baalak Trust is there for the children who do want to improve their lives. Not everyone likes it because the rules can seem strict – waking up at 6am to have a bath, cleaning and cooking, going to school and studying – but it suited Asif.

He’s now 19 years old and, when I meet him, he is waiting for his final high school marks. He wants to study tourism management and become a tour guide for a company like G Adventures. 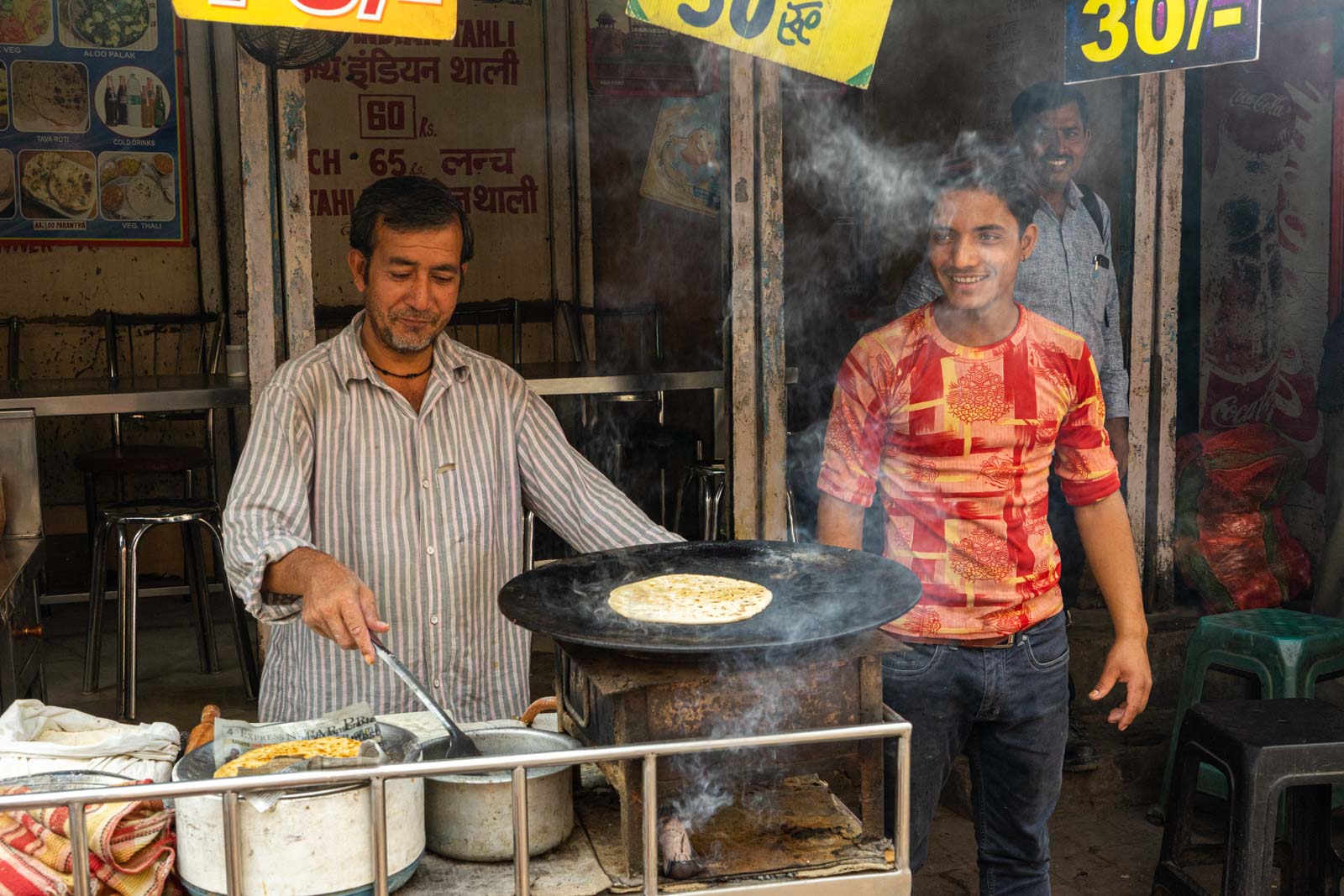 I think he would make a great tour guide, for what it’s worth. He’s a natural storyteller and I like the way he describes the things we see as we walk through the neighbourhood – local food stalls, a tree growing within the walls of a house, even symbols of deities stuck on the side of an alley so people feel too guilty to urinate in it! This is another excellent example of ‘social enterprise‘, a concept I discussed in my previous post about the projects that G Adventures supports here in South Asia.

It works so well because there are so many benefits on various levels:

Former street kids like Asif are able to get training and practical experience in the tourism industry (plus a wage, of course)…

And the Salaam Baalak Trust organisation can use the profits from the city tours to continue their work offering food, accommodation, and education to other young people who want to get off the streets. 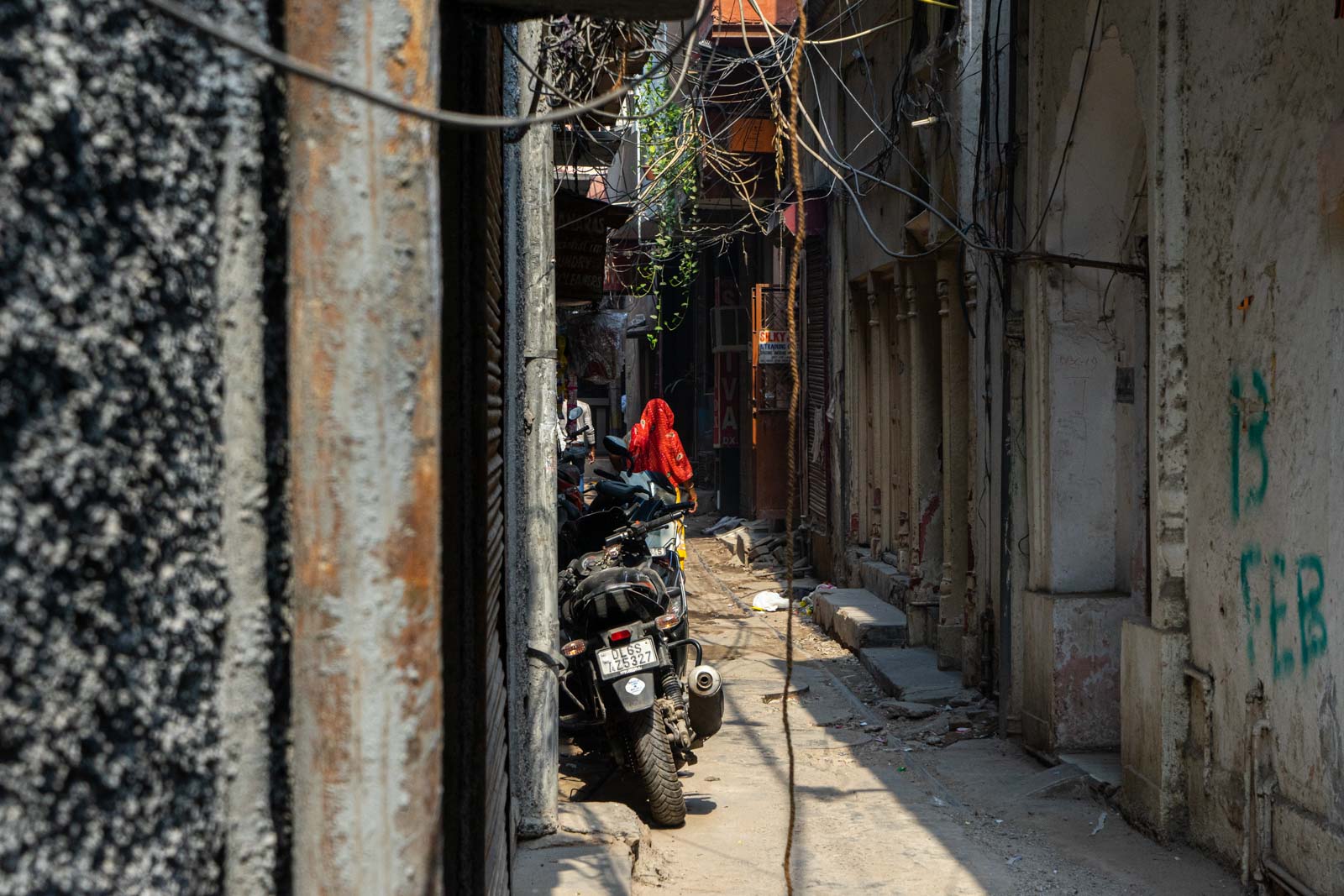 The numbers prove that it’s a formula for success. Salaam Baalak Trust gives tours to about 10,000 people each year (and almost half of them come from G Adventures).

It’s inspiring to see youngsters like Asif trying to do something more meaningful with their lives. Interestingly, though, he says he still often hangs out with the people he knew from the streets (although “they have to make another Facebook account every day because they forget their password”). 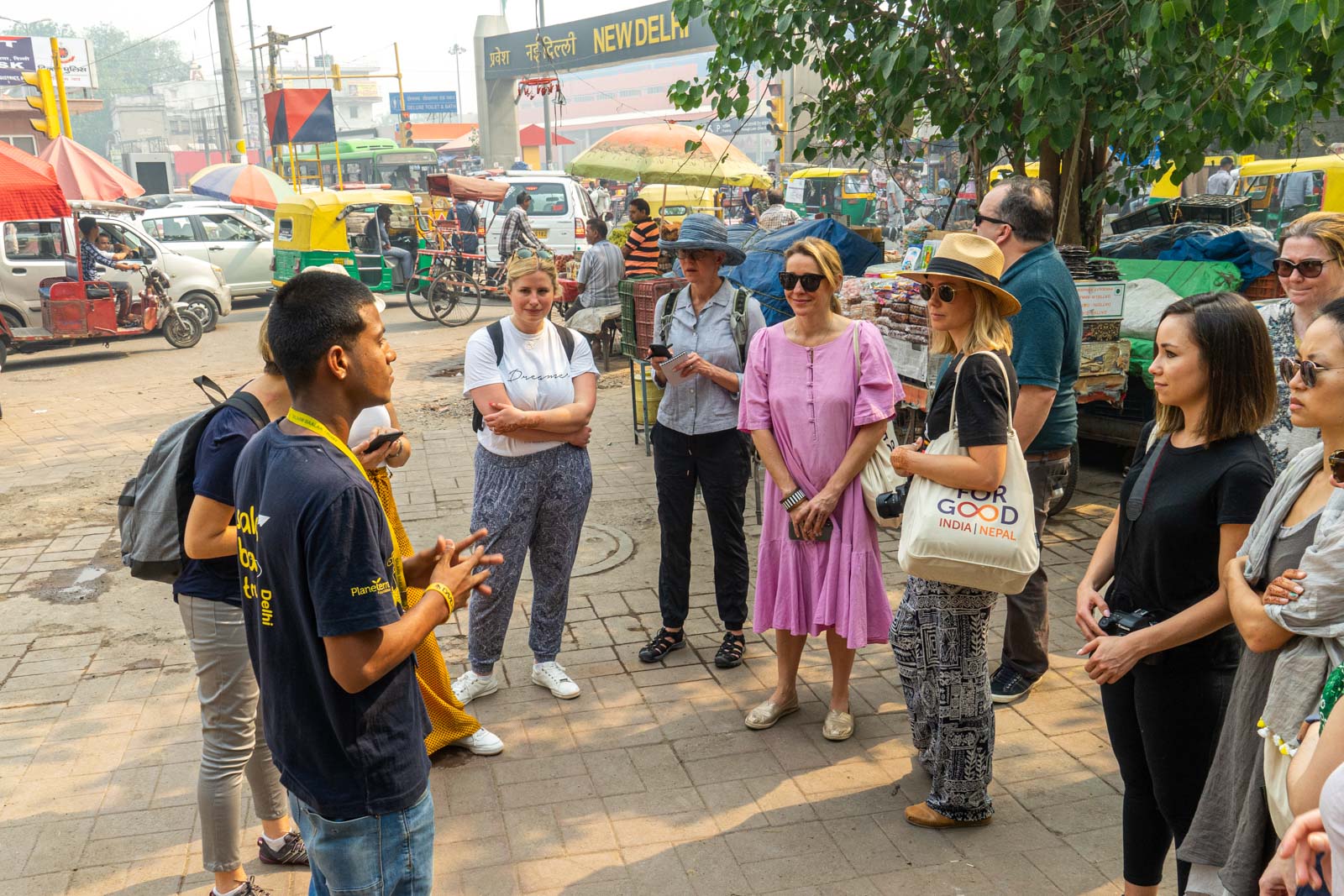 They’re not jealous of him, and he doesn’t cast any judgement on them. They’re still friends and they still look out for each other.

It’s just that Asif has found a new way to survive. After so many years in the darkness without direction, he’s found his guiding light.

Time Travel Turtle was supported by G Adventures in his role as a G Wanderer but the opinions, over-written descriptions and bad jokes are his own.