The birthplace of Buddha is not the only significant place in Lumbini. There are some other wonderful historical sites to see in the area.

At Lumbini in Nepal, Buddhist pilgrims gather for a spiritual experience. They come alone, or perhaps with family, or as large congregation. And they come from all across the world.

Lumbini is the birthplace of Buddha and the pilgrims come here because it marks one of the most important sites for their faith. It’s one of the four locations that Buddha himself apparently suggested people visit. 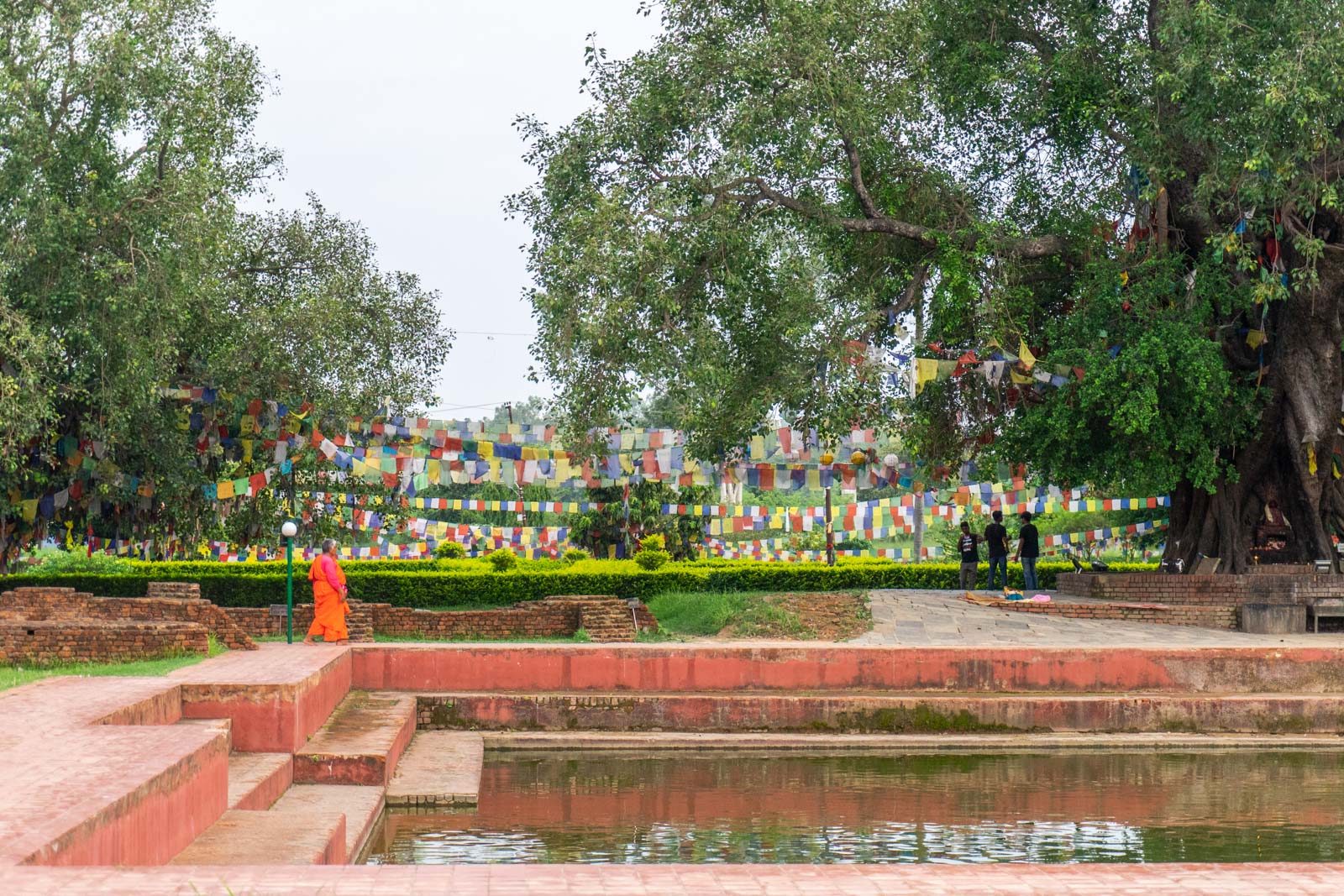 The pilgrims use their time in Lumbini in different ways.

Some visit just for a short time and focus on prayer in the Sacred Garden.

Others spend days here and use the time for meditation or for monastic activities.

Some even spend weeks at the site, engaged in deep meditation, hoping to find the kind of enlightenment that transformed Prince Siddhartha into Buddha. 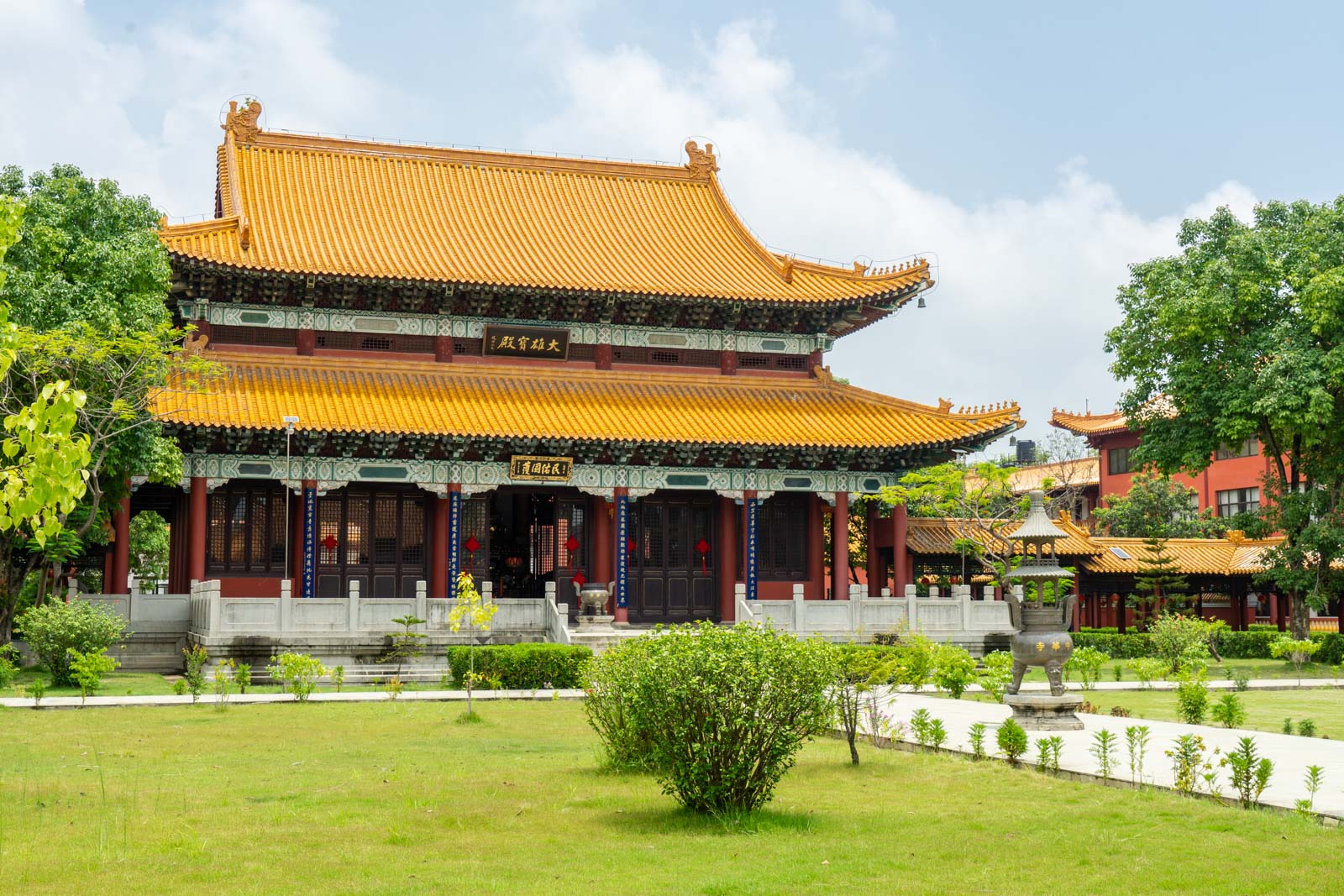 I think it’s fair to say that, however they choose to spend their time, these religious visitors have spirituality as their primary objective. To them, Lumbini is associated with faith.

But, what I think makes Lumbini so interesting is that it’s about more than just the spiritual side of things. It is also about history.

The man who was born here as Prince Siddhartha in 623 BC – and would go on to become known as Buddha – changed the world. In some ways, it doesn’t matter whether you believe in the divine or not, he was still one of the most important people to ever live. The history here is a part of our collective narrative as humans.

In my previous story from Nepal, I discussed some of my thoughts about the story of Buddha and why I think Lumbini is such a special place. I also wrote about what you will find in Lumbini and I hope you can find the time to read it.

>> Read my story about Lumbini

In this story, I want to tell you a bit more about the other things you can discover in the area surrounding Lumbini. It’s here that you get get a much better sense of the world that Prince Siddhartha was born into and how his legacy impacted his kingdom. 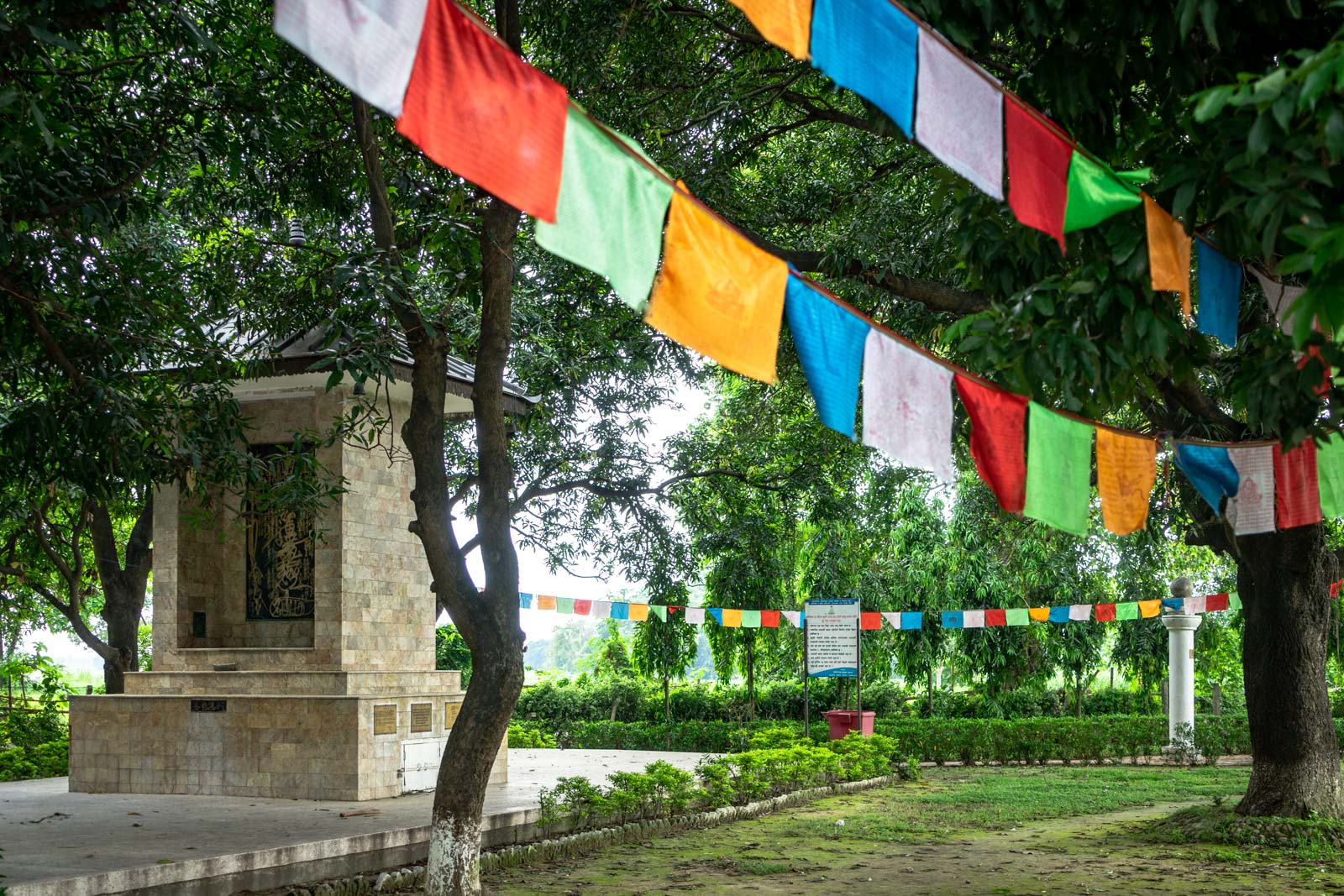 There are quite a few historical sites linked to his life. They are in different directions so there’s a fair bit of driving involved, but it is possible to see them all in one day.

Otherwise, it might be worth spending a few days in Lumbini and doing a couple of half-day trips to see the historical sites and some of the nature and local communities here too.

Tilaurakot: The ancient city of Kapilavastu

One of the most significant sites around Lumbini is Tilaurakot. This ancient city was originally called Kapilavastu and it was the hometown of Prince Siddhartha before he set off on his journey to become the Buddha. 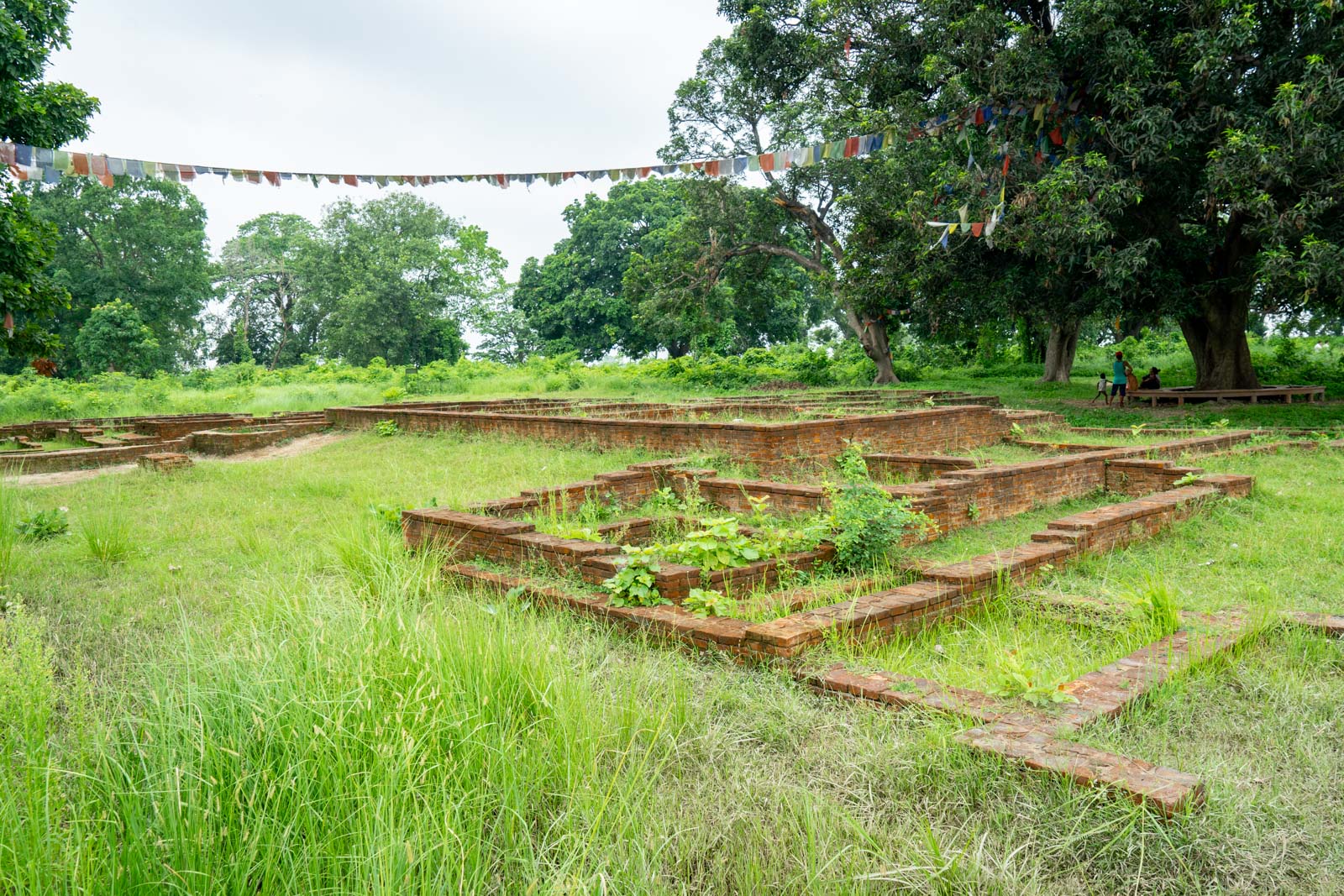 It was a major civic centre from the 9th century BC until the 3rd century AD and Prince Siddhartha would have had a luxurious life here. We can tell that there would have been palaces, temples, magnificent ponds, and other grand public buildings.

When you visit today, most of it is in ruins and it’s mainly the foundations of buildings that you can see. Still, you can stand at the eastern gate of Kapilavastu and look out to the farmlands, exactly the way Prince Siddhartha did before he made that first step towards enlightenment. It’s the kind of moment that sends a bit of a shiver up your spine.

The other particularly significant site around Lumbini is the Ramagrama Stupa, which holds a large amount of Buddha’s relics. When Buddha died, his body was cremated and the remains distributed to eight kingdoms. Each of them buried their portion of the relics in a stupa.

When the Indian Emperor Ashoka (who I’ve written about previously, in the context of the Great Stupa of Sanchi) was spreading Buddhism around the subcontinent, he broke open these stupas to collect the relics and share them further.

All except the Ramagrama Stupa. Legend says that a snake god told him not to interfere with this stupa and so he left it alone. It means that within the mound here are one eighth of Buddha’s remains… making it extremely important to the faith, even if there is not a huge amount to actually see these days.

Kudan: The ancient site of Nyigrodharama

The ancient site of Nyigrodharama, which is now known as Kudan, is an important location because of the events that happened here later in the life of Buddha.

It is just six kilometres away from Tilaurakot, where Buddha grew up, and it’s here that he came to meet his father for the first time after he reached enlightenment. Kudan was also where Buddha’s son, Rahula, was ordained and it became a key location for the spreading of his teachings as his family members became involved.

There are now a series of impressive stupas here, each of them built to commemorate important events such as the meeting between Buddha and his father, and his son’s ordainment. 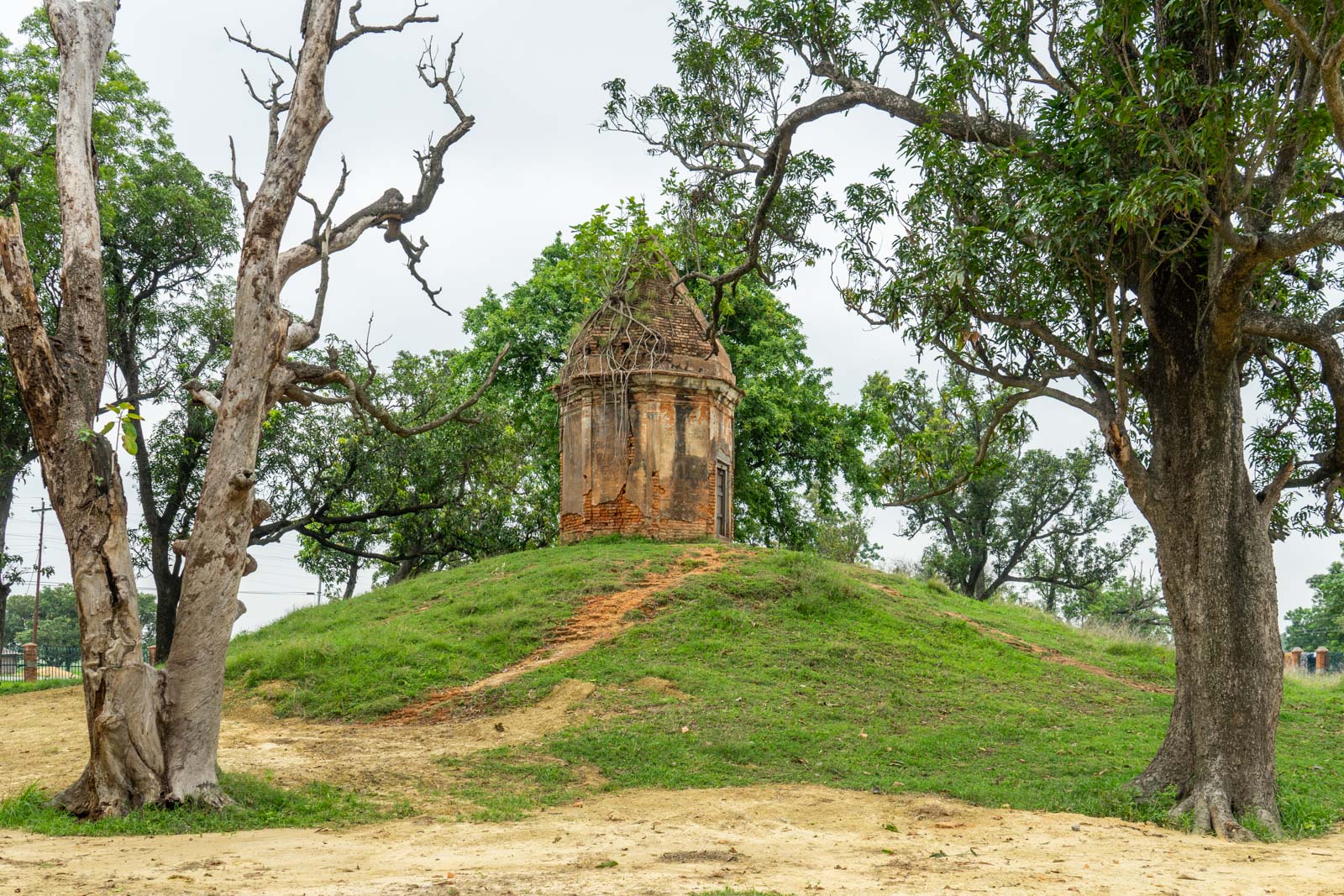 There’s also a beautiful pond here that was built in anticipation of Buddha’s return to his hometown.

Nigilihawa is a smaller site that actually doesn’t have a lot to see at the moment. But, it’s still a significant spot that is worth visiting when you’re nearby.

Niglihawa is thought to have been the birthplace of the Kanakamuni Buddha, one of the 27 Buddhas who came before Prince Siddhartha. Some of the archaeological remains here have been excavated but covered up again to protect them. Researchers have found remnants here of a pillar erected by Emperor Ashoka in 249 BC, in which he described enlarging the stupa here that honours the Kanakamuni Buddha.

The remains of the pillar are on display here and followers of the history of Buddhism will realise that this is a very significant artefact.

Gotihawa is a similar site to Nigilihawa and would have one been a very important location, although there is also not much to see at the moment.

Historians believe that this is the birthplace of another previous Buddha, in this case the Krakkuchanda Buddha. There are remains here of a large brick stupa that would have honoured him.

There is also the stump of an Ashokan pillar here and the remains of a water tank. Excavations have found quite a few artefacts from the ancient people who would once have lived here.

If you remember my previous story about the Birthplace of Buddha, then you’ll know that his mother was on the way to her hometown when she stopped to give birth.

The hometown of Queen Mayadevi was Devadaha and you can visit it today. Although it is now a Hindu town, it’s still a spiritual place for Buddhist pilgrims. 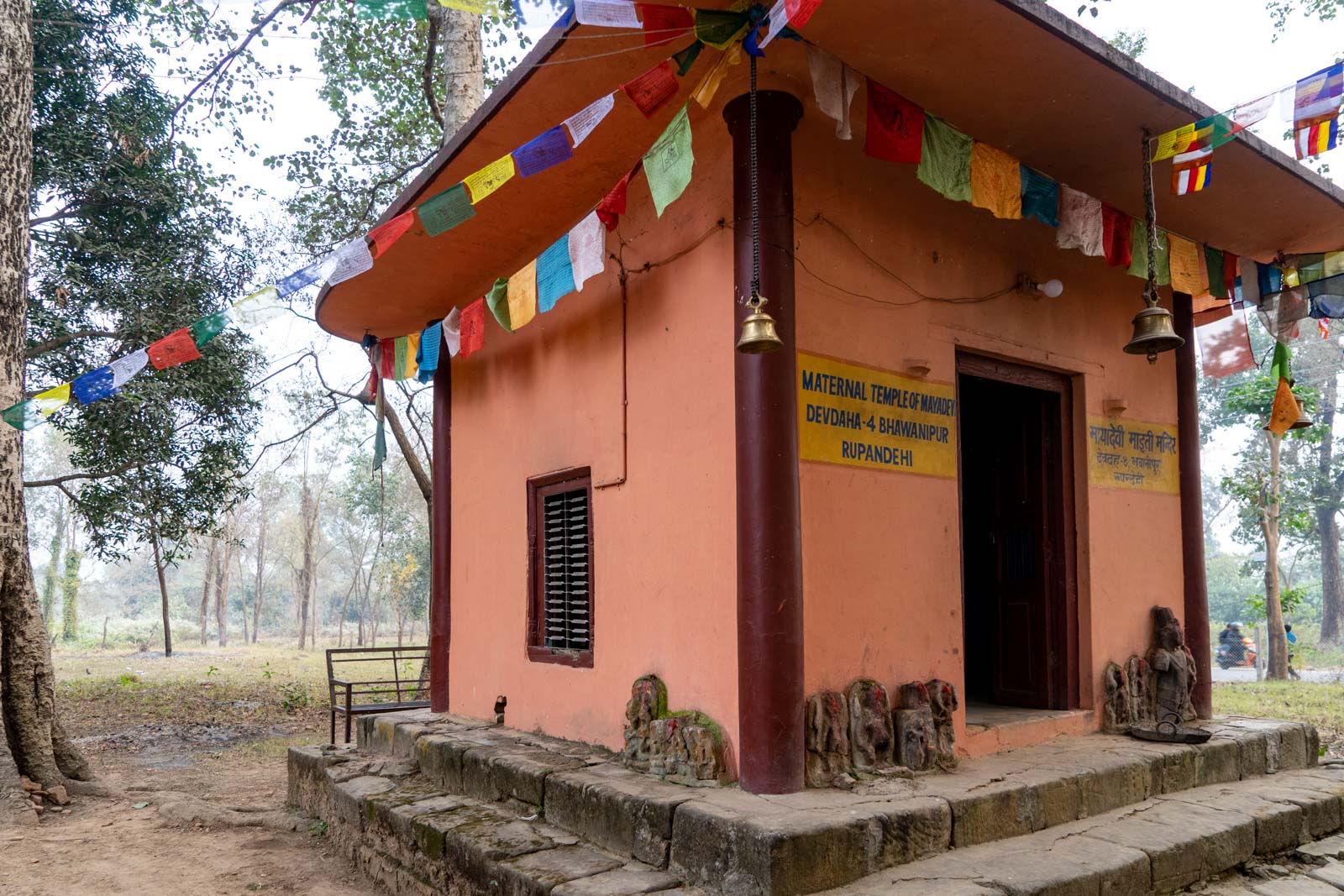 Devadaha would once have been a majestic capital city with palaces and temples. Archaeological work has found the foundations of a number of these but there has been little excavation work. It’s likely many of the remains that have been found were actually built later on to honour Mayadevi. These days there are some smaller buildings that you can see in the current town that are not of historical value but are still culturally significant. The archaeological areas are spread further out.

This area of Nepal around Lumbini is famous for its relationship to Buddha – and rightfully so. It was his birthplace and the region where he spent the first 29 years of his life.

But it’s also an area full of history, of kingdoms long gone that would once ruled with glory. If it was not for Buddha, perhaps archaeologists would not have taken the time to excavate the region. But what they have uncovered goes beyond his story. Just like you, as a visitor, will benefit from going beyond his story and seeing the broader narrative of this land.