When you think of coal mines, the world ‘beautiful’ is not normally the first thing that comes to mind.

They’re suppose to be dirty and black, messy and industrial, a blight on the landscape.

So why, when people talk about the Zollverein Coal Mine in Germany, do people applaud its aesthetics?

The first thing – and the most obvious thing – is the architecture above ground. While the dark and dirty tunnels underground are out of sight for the general public, the buildings on the surface can be seen by anyone passing through this part of the city of Essen.

The owners of Zollverein were conscious of this and so they had the external buildings designed in the Bauhaus style of architecture, with a pleasant modern feel that had appealing symmetry and blended in with the natural backgrounds. 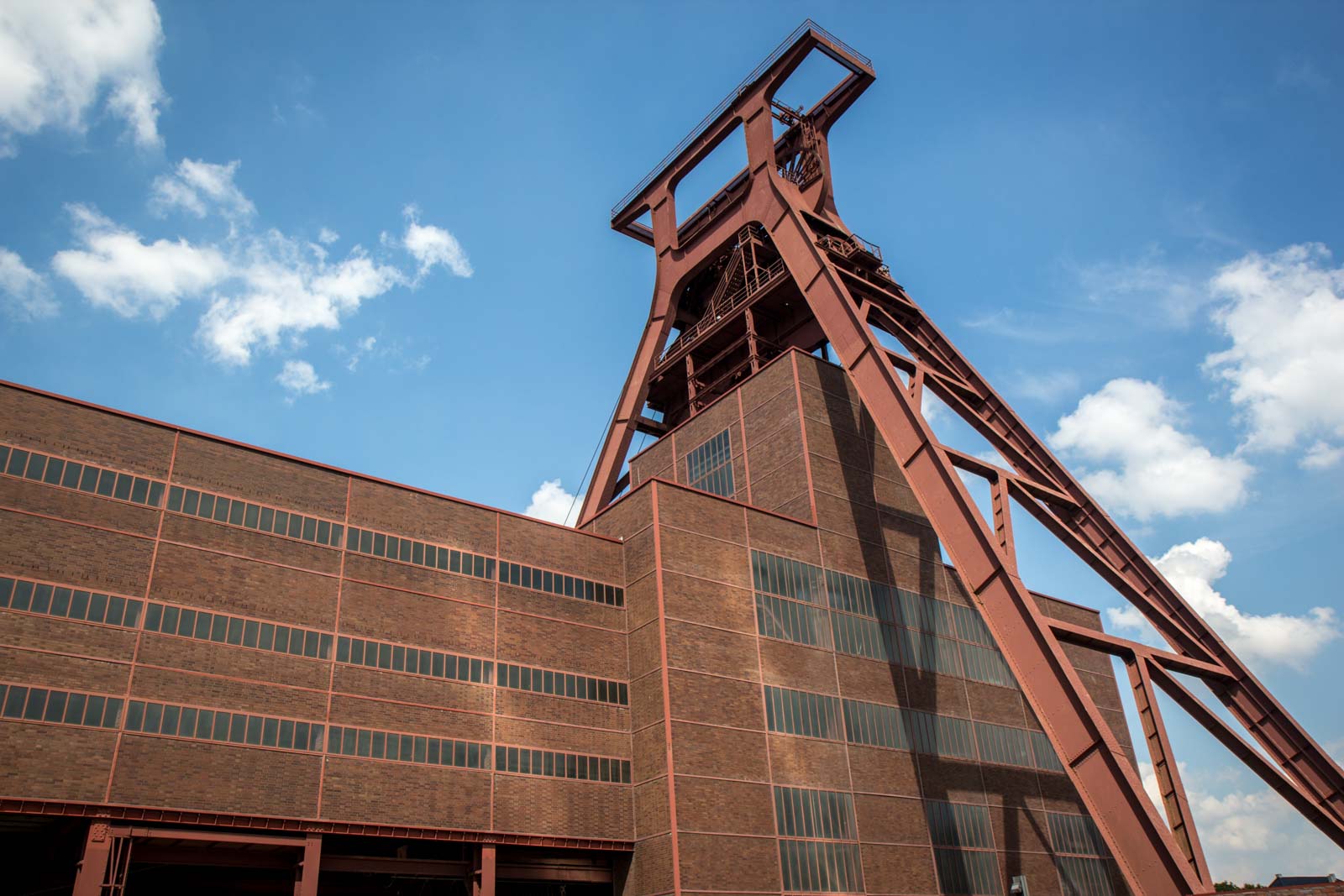 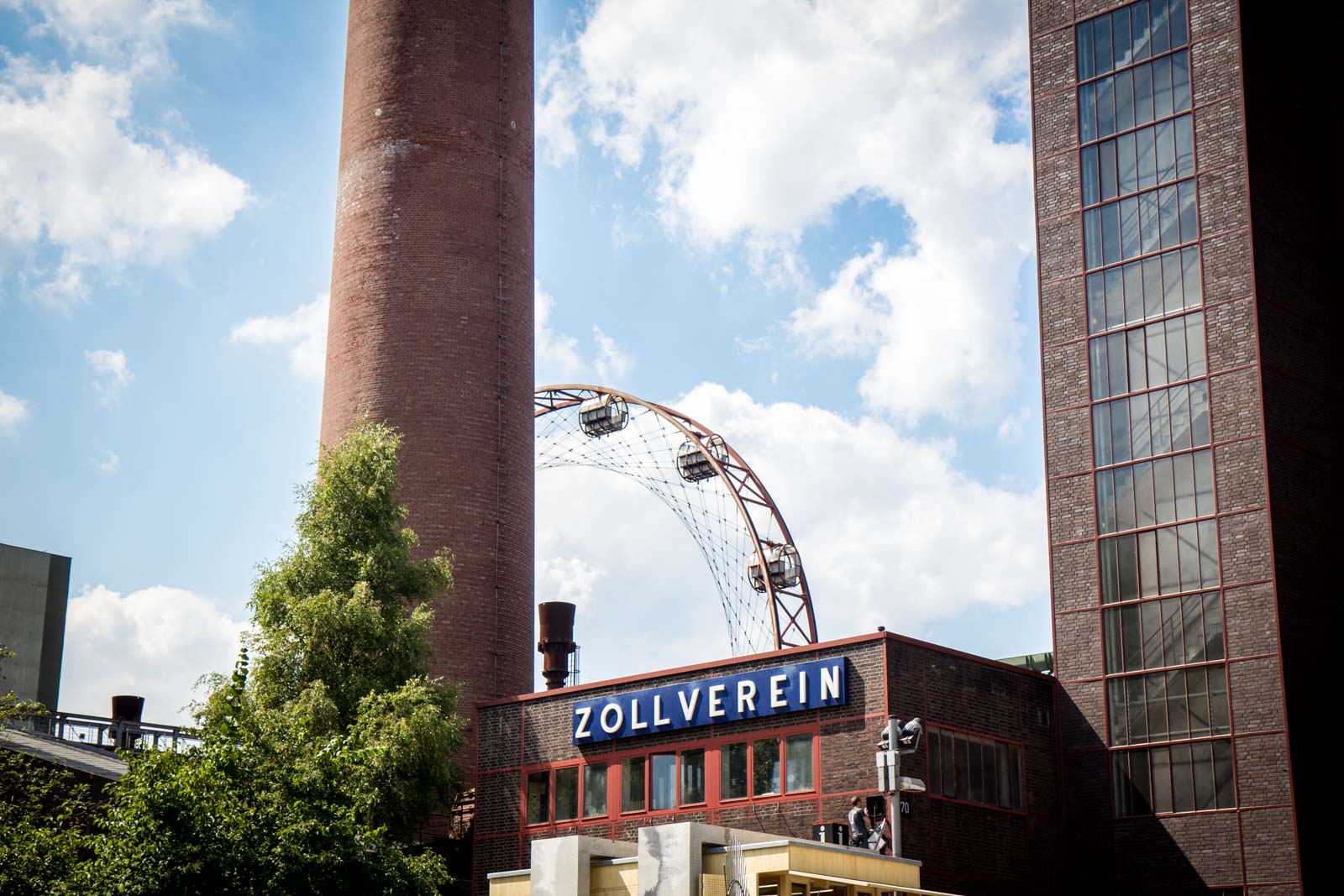 Looking from the outside, you wouldn’t realise the extent of the industry here.

The first coal mining started here in 1851 and the Zollverein complex was in use until 1986. It was one of the most important collieries in Europe and by the Second World War it had an output of about 3.6 million tons.

Over the years, extra shafts were added to the site to expand it and increase its productivity. 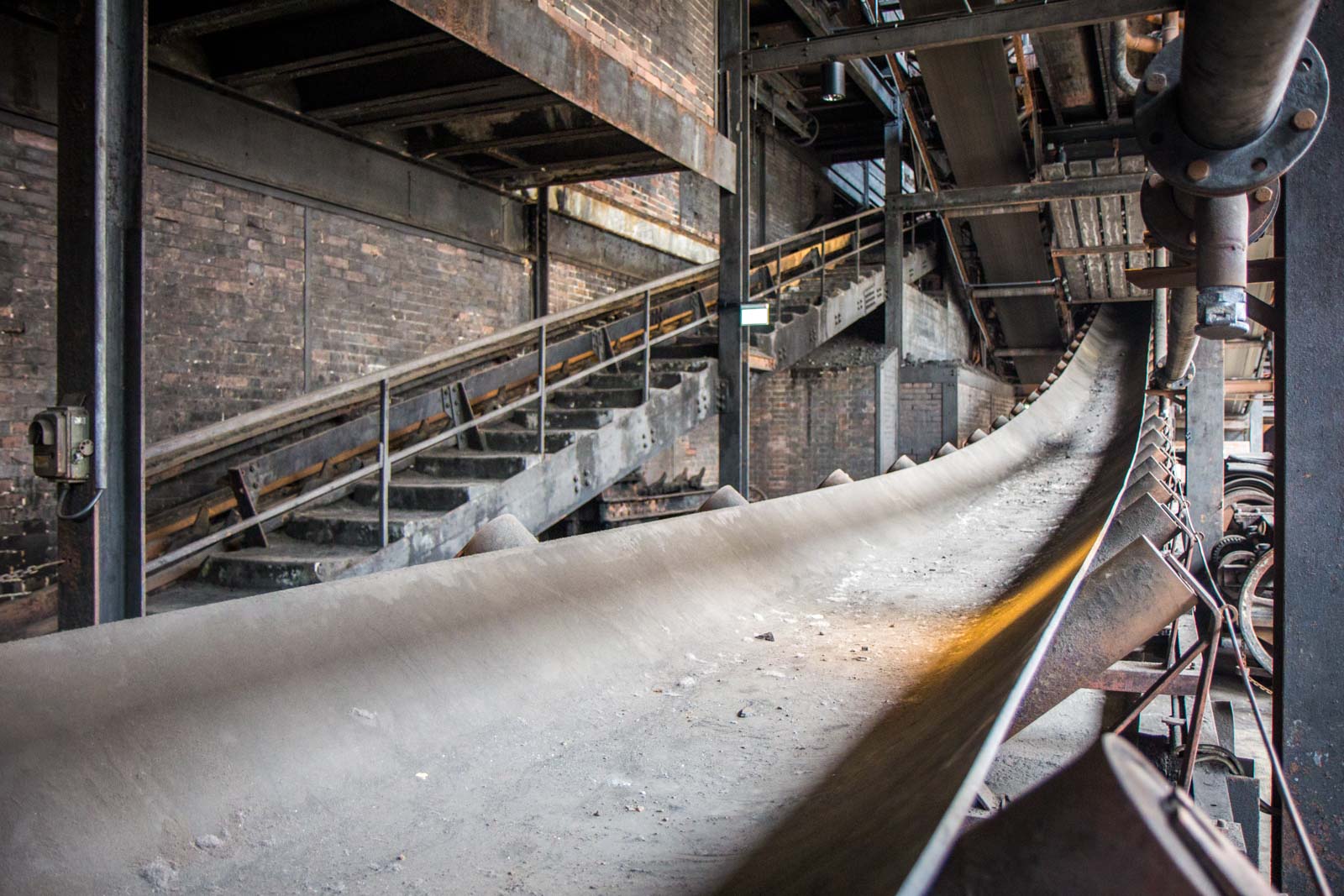 Because of the expansion over the course of almost 150 years, there were a lot of buildings on the surface when Zollverein Coal Mine was finally closed. It was a decision made at this point that leads us to the other reason why it is often described as ‘beautiful’. 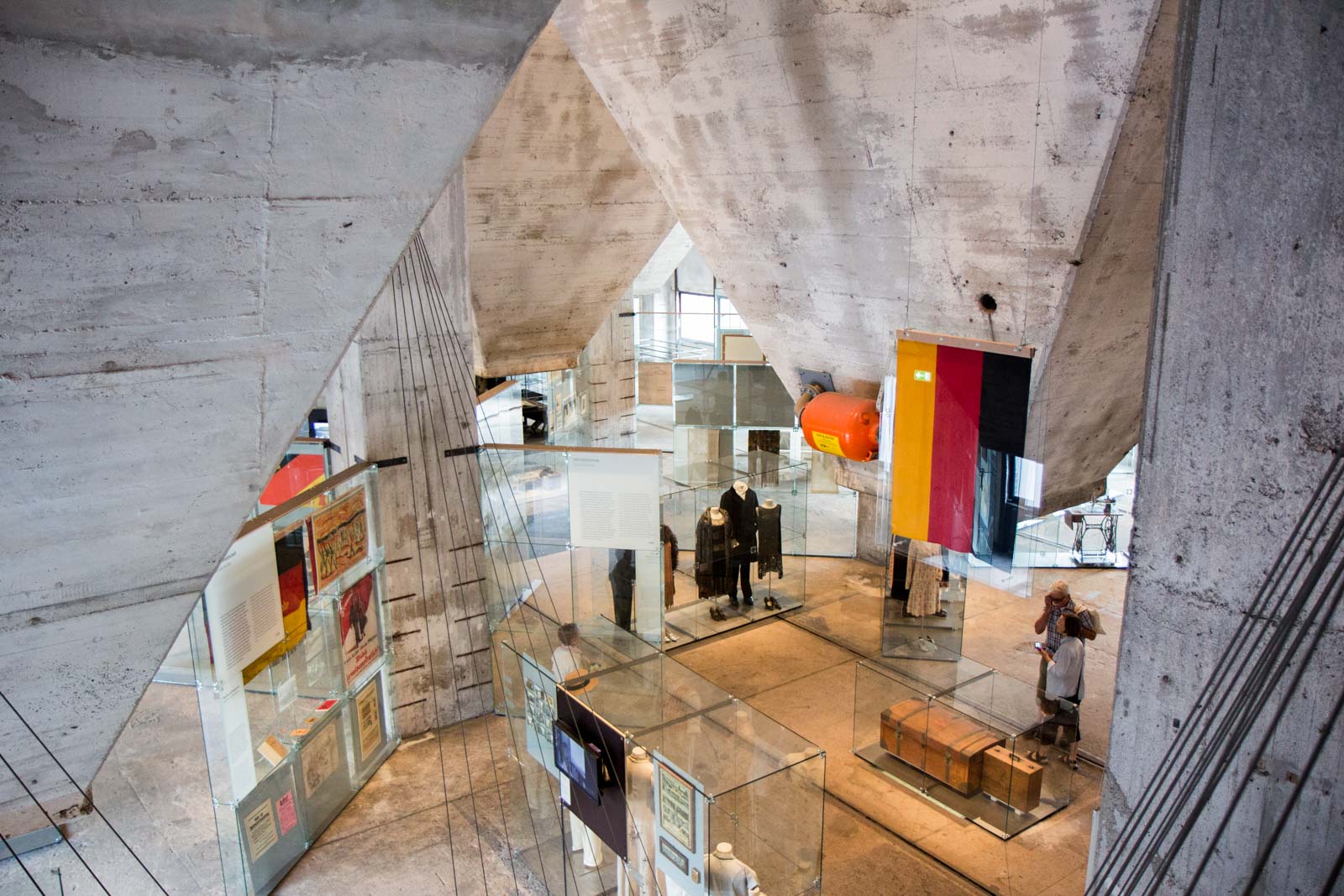 Rather than demolish the site, it was decided by authorities to take the approach of ‘preservation through conversion’.

Essentially, this means that they set about trying to find new uses for the structures. And the theme of those uses has been ‘art and design’. 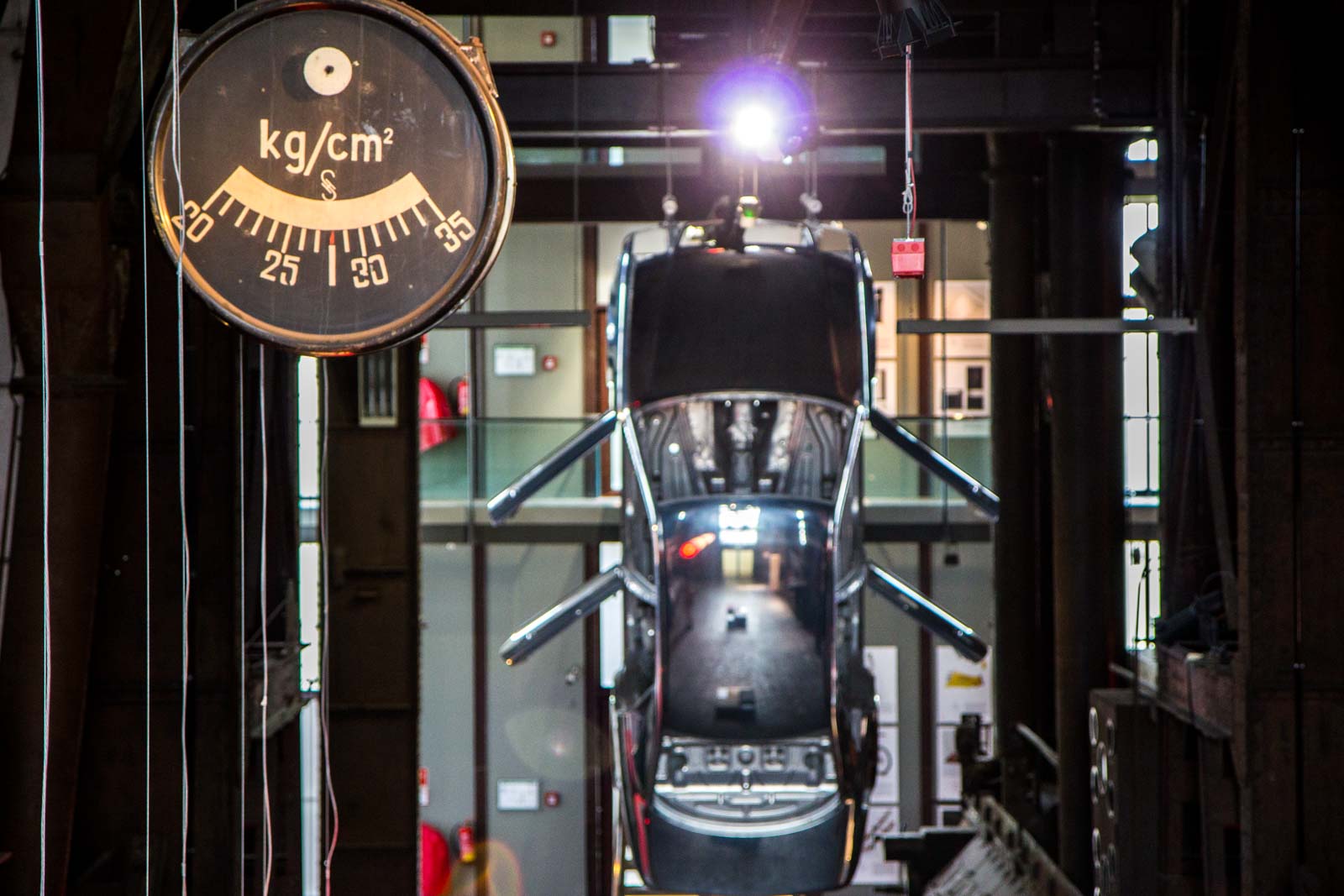 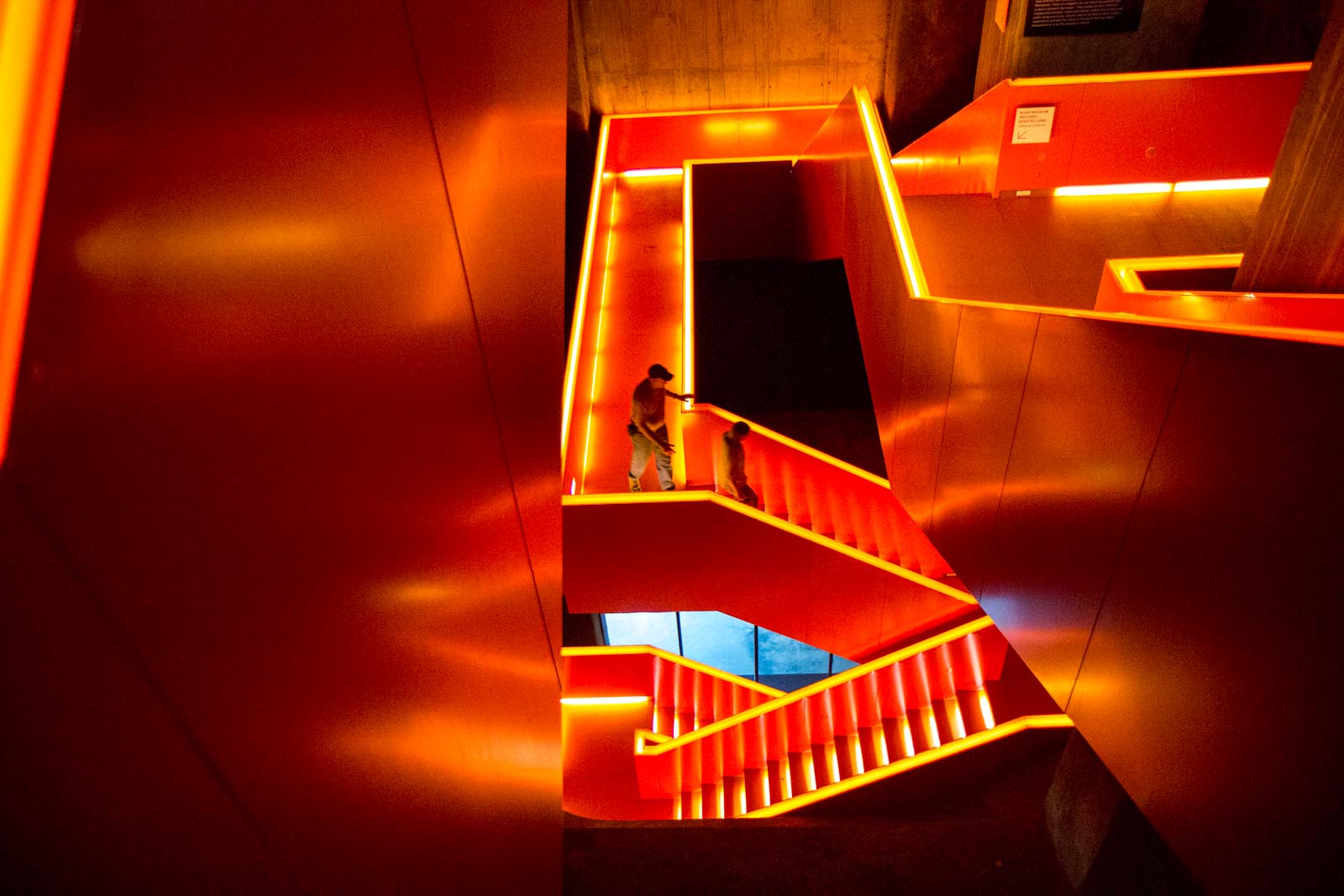 Over the years, in the empty shadow of industry, culture rose up and brought light to Zollverein.

Artistry and modernity blossomed and now the buildings are used for world-class museums, design exhibitions, restaurants, theatre and even a recreational pool.

Visiting Zollverein today is a trip back to the days of the coking plant and the mining operations – but it’s also a step into the future of design and cultural trends. 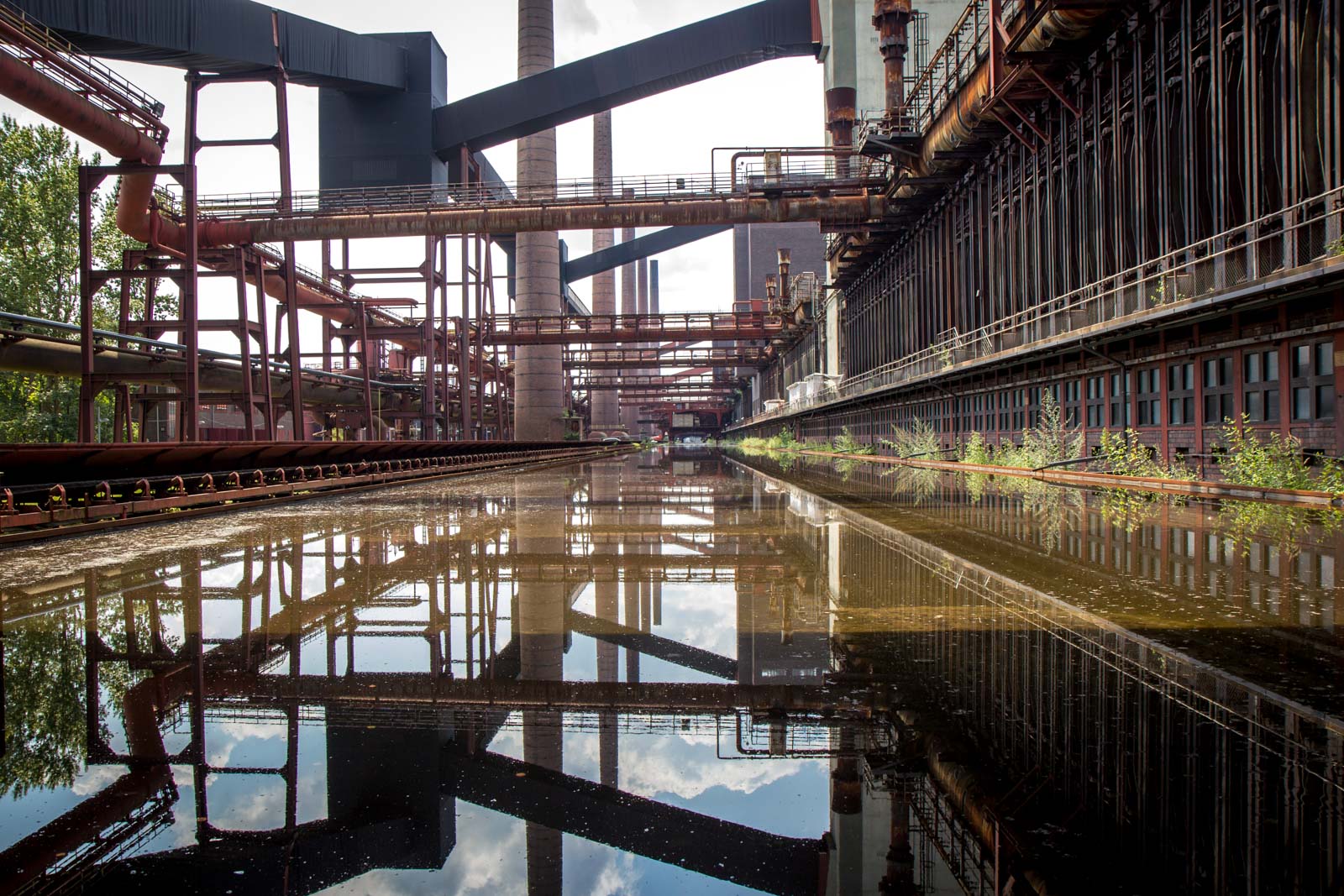 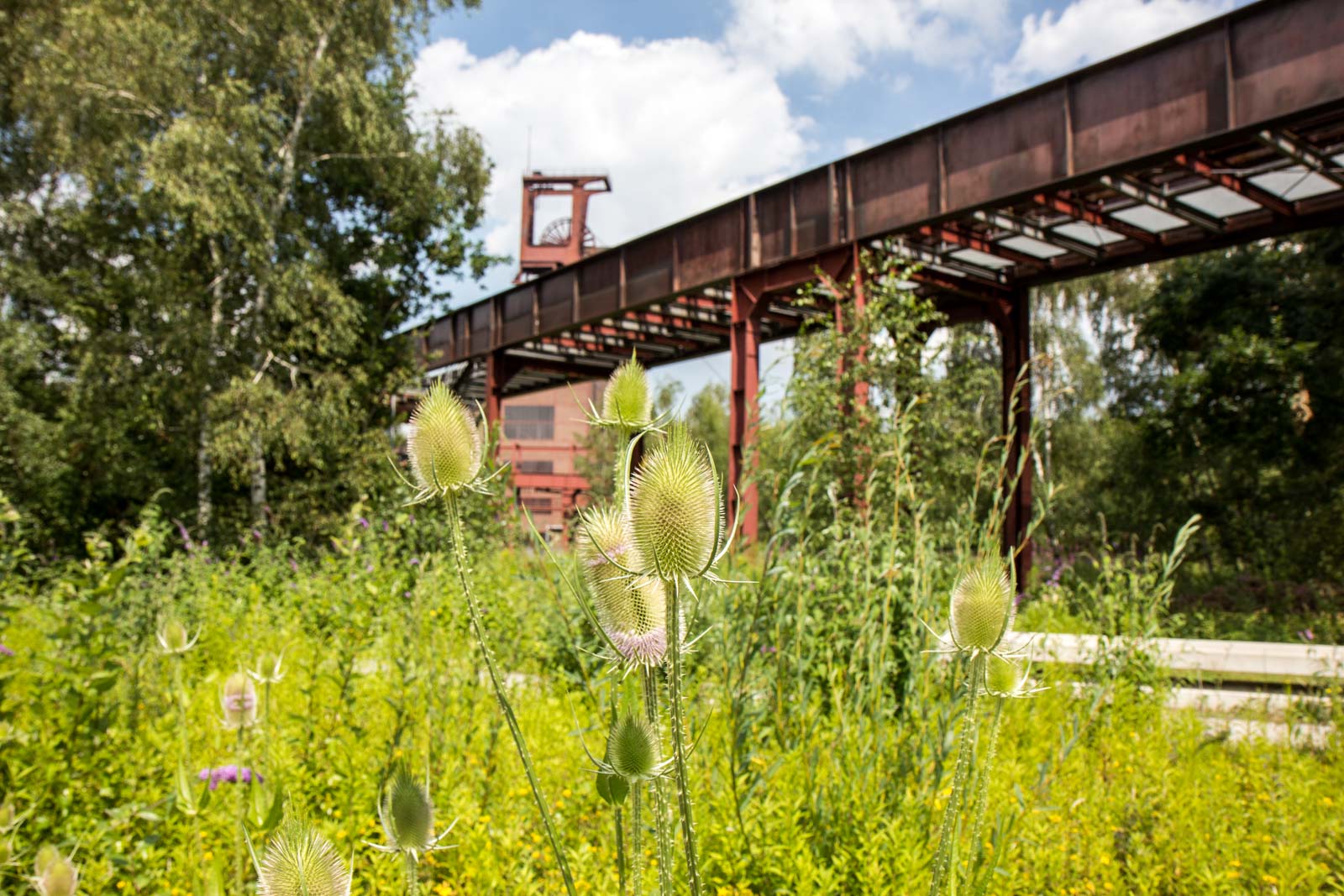 There are several ways to approach a visit to Zollverein. You can go for the history, for the modern culture, or for a mixture.

In terms of the history, it is possible to get guided tours of some of the original surface buildings of the coal mine, including the facilities that were used to handle the material being brought up from underground. If this is your first time to the site, it is well worth doing. 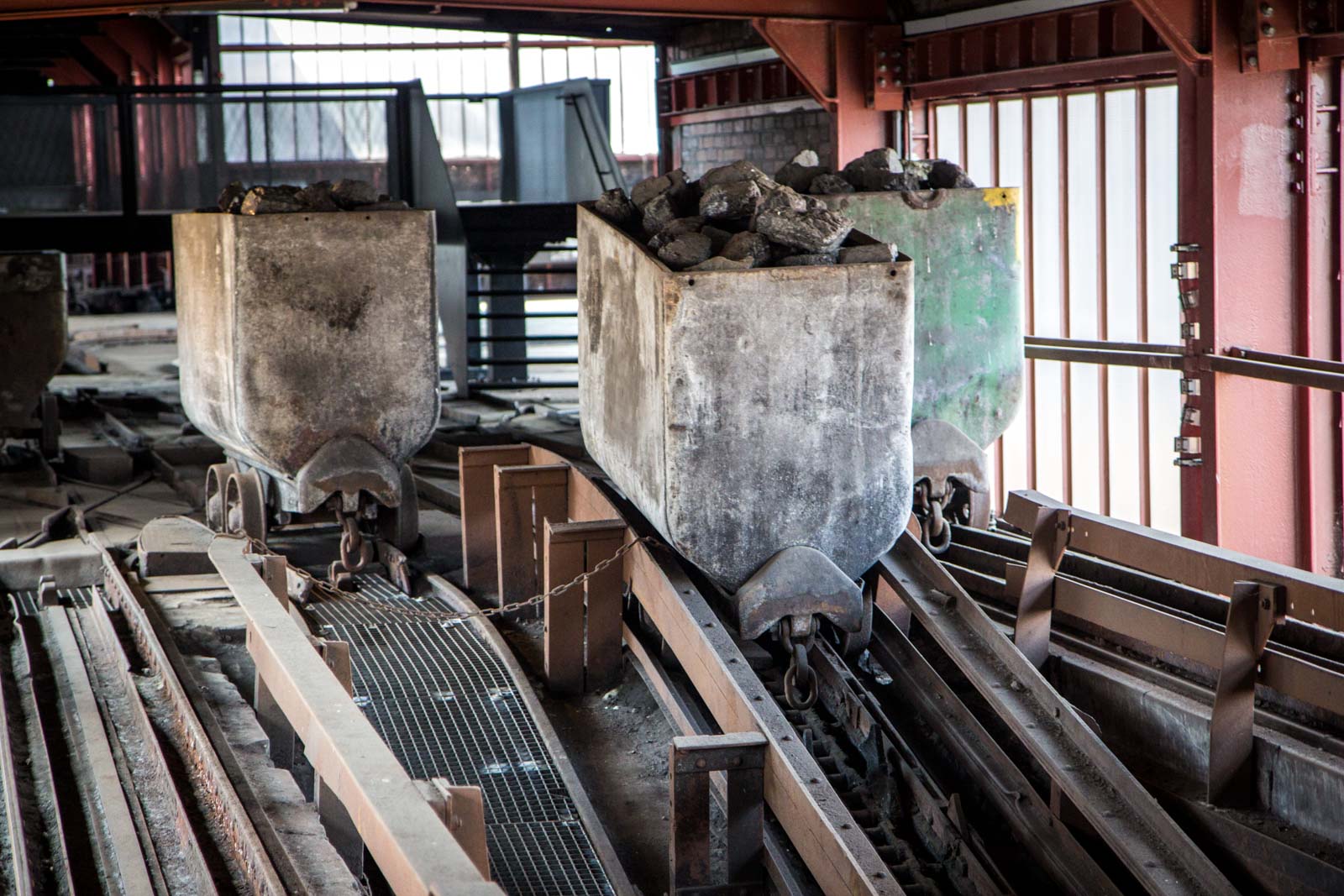 Also, the Ruhr Museum in the former coal washing plant of Shaft 12 has permanent exhibitions about the history of the region and the mining industry on the site. It is a large and very well curated museum that would appeal to adults and children. 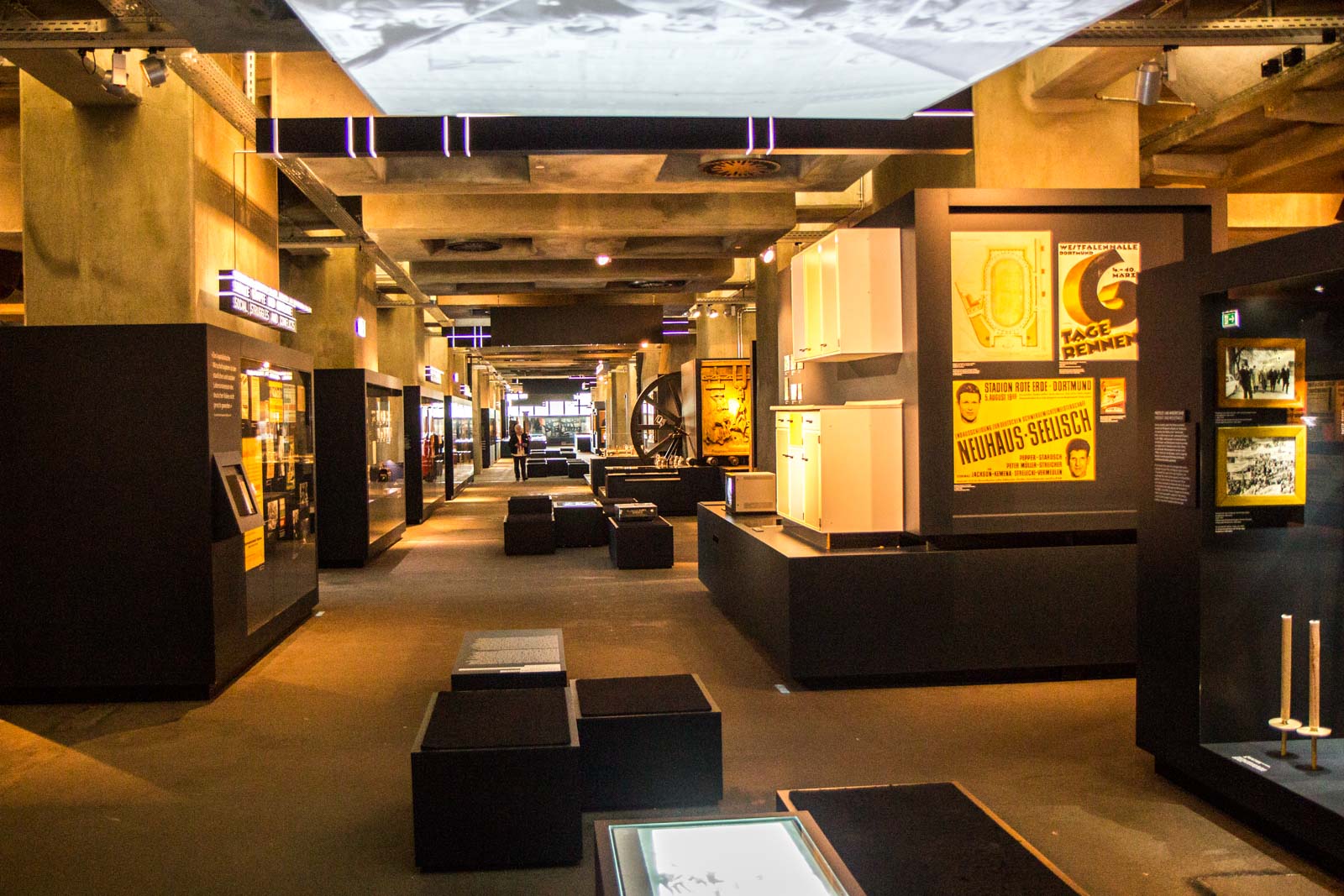 When it comes to the modern side of things, one of the highlights is the Red Dot Design Museum. It has a fantastic collection of design from around the world in a variety of genres – everything from boats to washing machines. 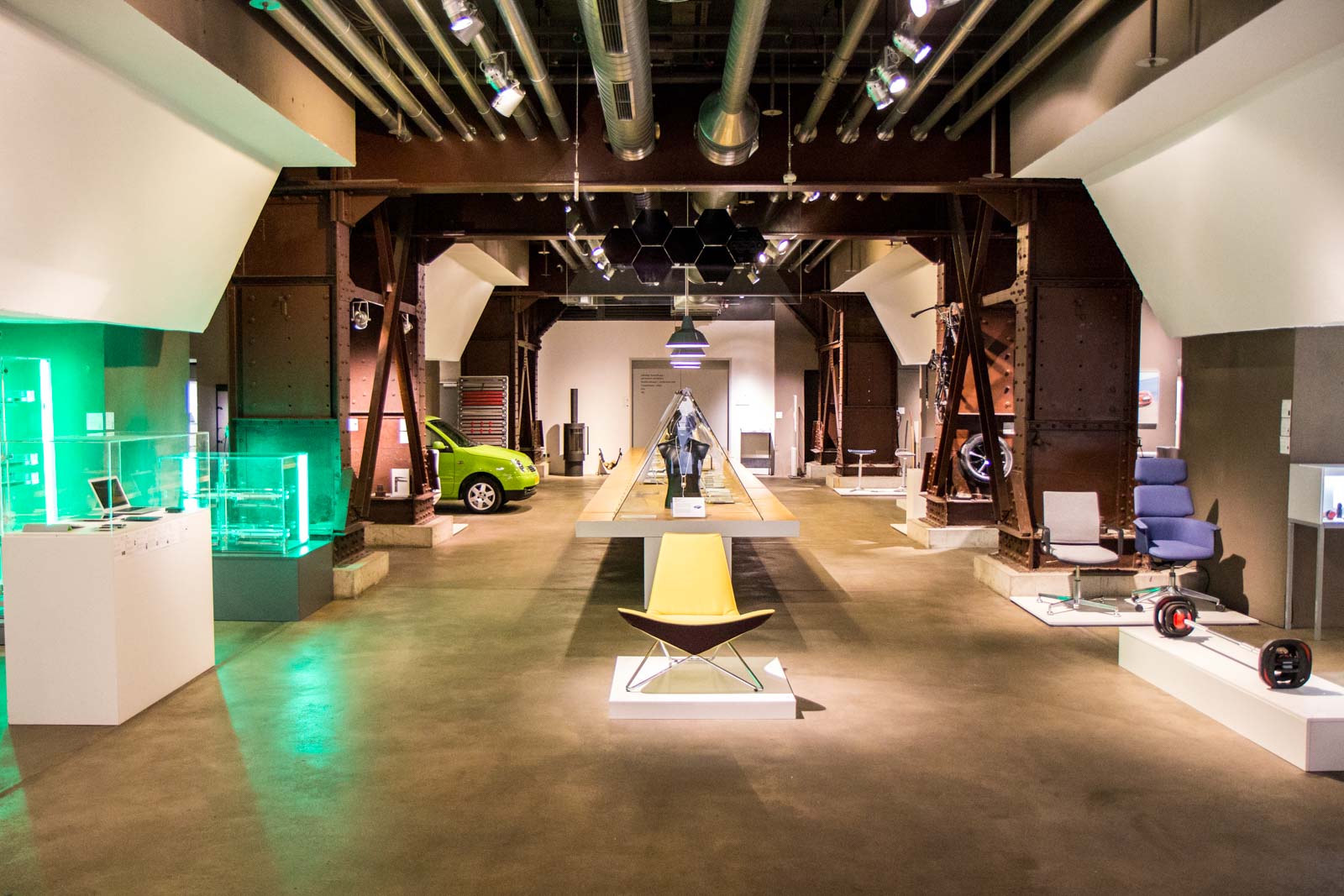 And Zollverein is also used for a large number of events throughout the year, so it is worth checking to see if there are any special exhibitions or performances happening when you are considering going.

The Zollverein Coal Mine Industrial Complex is located at Gelsenkirchener Strasse, 45309, Essen, Germany.
You can see it on Google Maps here.
From Essen, you can catch the NE2 bus, which will get you there in less than 20 minutes. Or, if you're coming from further away, you can catch the train to Gelsenkirchen station and hop on the S-bahn 2 for one stop.
The main parts of the complex are open at the following times:
Every day: 1000 - 1800
(Closed 24th, 25th, 31st of December and 1st of January)
Entry prices to the Ruhr Museum at the Zollverein Complex are as follows:
Adults: €8
Reduced: €5
Children up to 14 years old: Free
If you can be a bit flexible with dates, try to find an event happening at Zollverein. In winter there's also an ice rink and there's a pool in summer.
You can find out more information here about the Zollverein Coal Mine Industrial Complex.