First is church. Then it’s the second line.

Sunday mass at the famous St Augustine’s Church in New Orleans is everything you might expect it to be.

A crowded building that only adds to the summer heat and humidity; a large choir that fills the remaining space; and preaching that elicits shouted comments from the congregation.

I love the energy of the service that rolls on like a rock concert. This is about as gospel as I’ve ever seen before.

It could be the highlight of the morning… except it’s not, because this is no ordinary Sunday morning.

The highlight comes right after the mass, in the street outside of the church. This is where today’s Second Line Parade is starting. 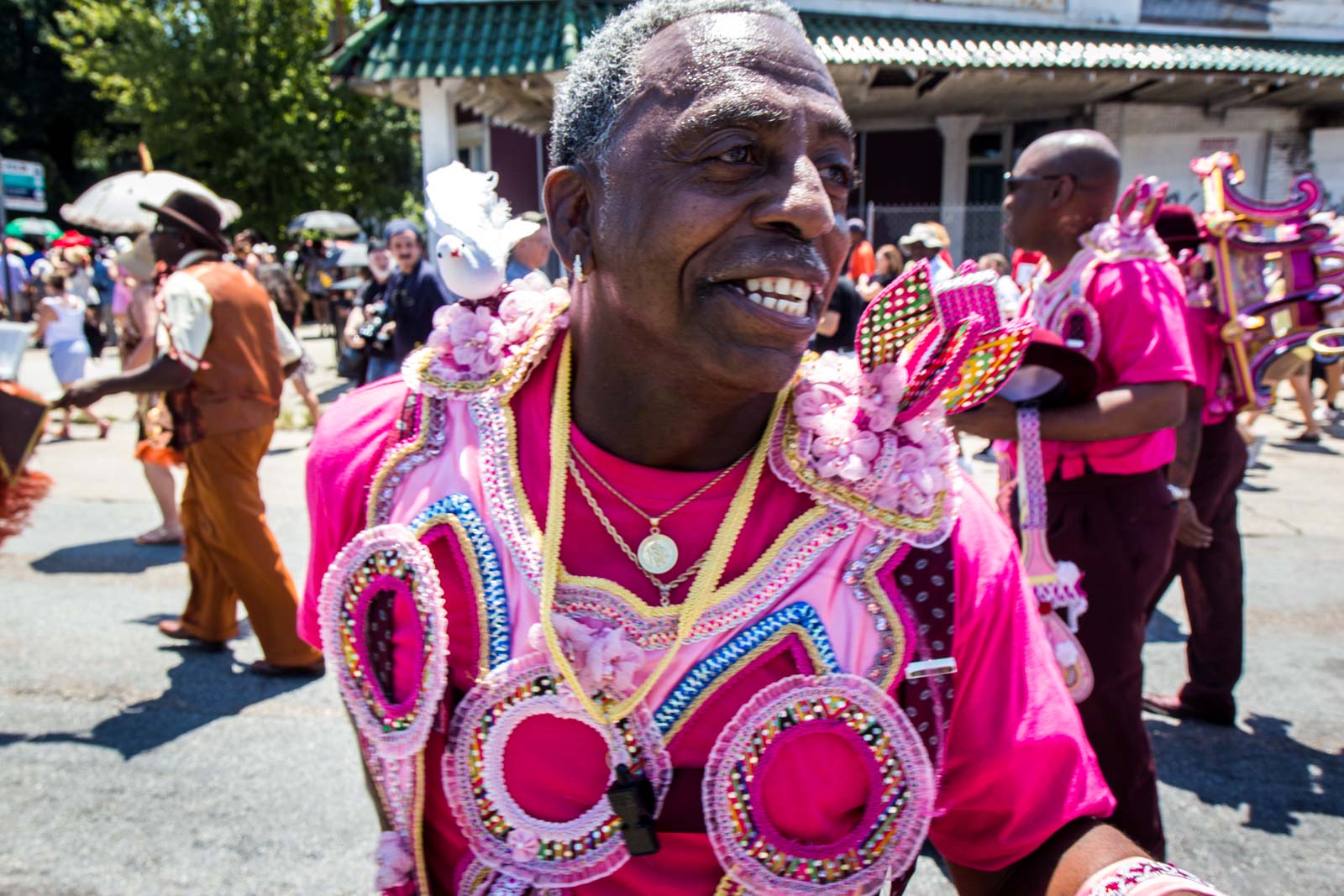 This is a New Orleans tradition – “a jazz funeral without the body”. A brass band walks through the streets with the music drawing in people to dance amongst those who have come with elaborate costumes and accessories.

The reason today’s one is so special is because it is part of the annual Satchmo Summeriest celebration in New Orleans. The festival celebrates the life of one of the city’s most famous sons, Louis Armstrong.

>> Read my story here about the Satchmo Summerfest 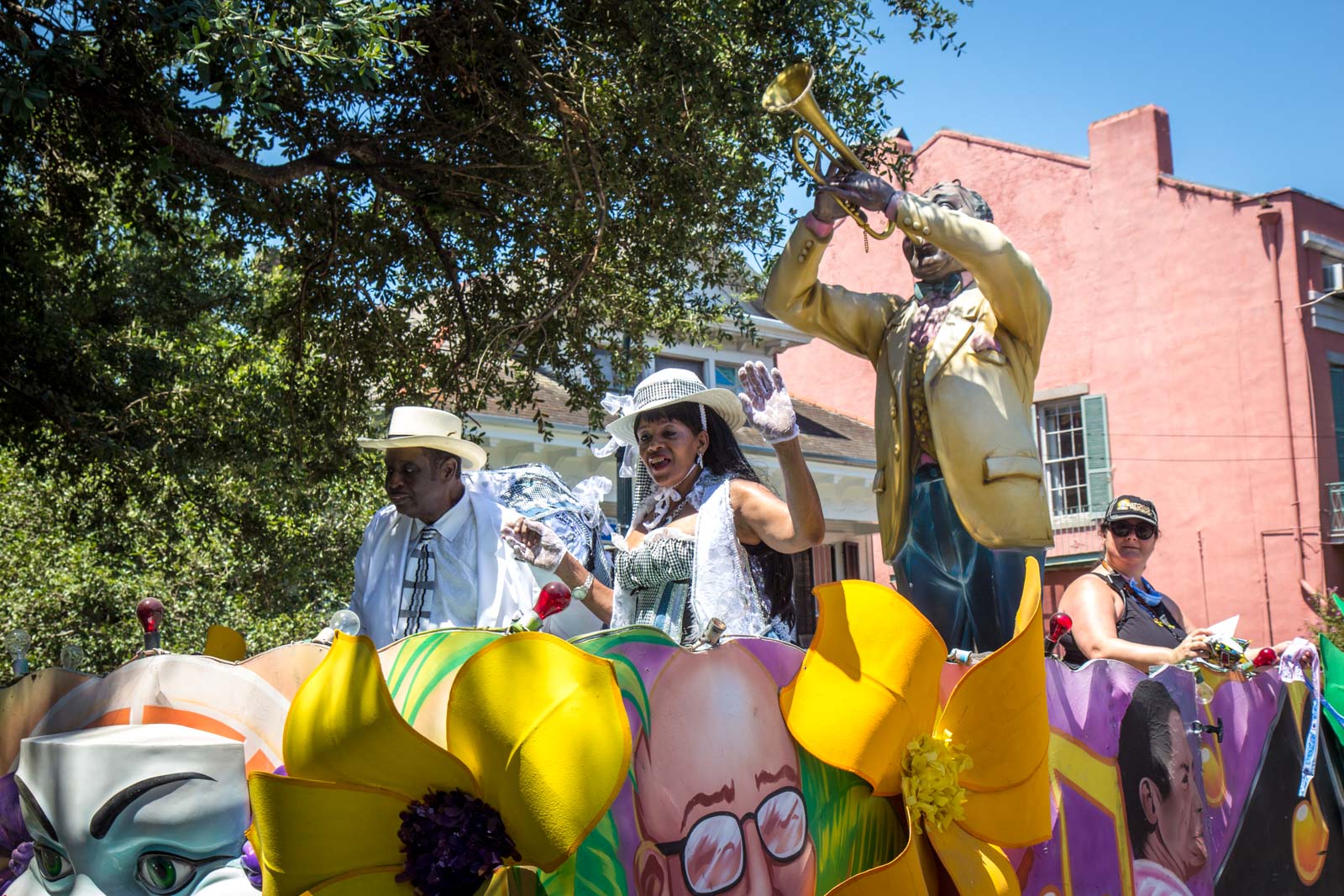 So rather than just one group taking part in the parade, there are several of the established New Orleans Second Line organisations in the streets today.

As they walk from the church to the festival venue, they spread out along the route and you can run between them as they make their way past the grand buildings on the tree-lined streets. 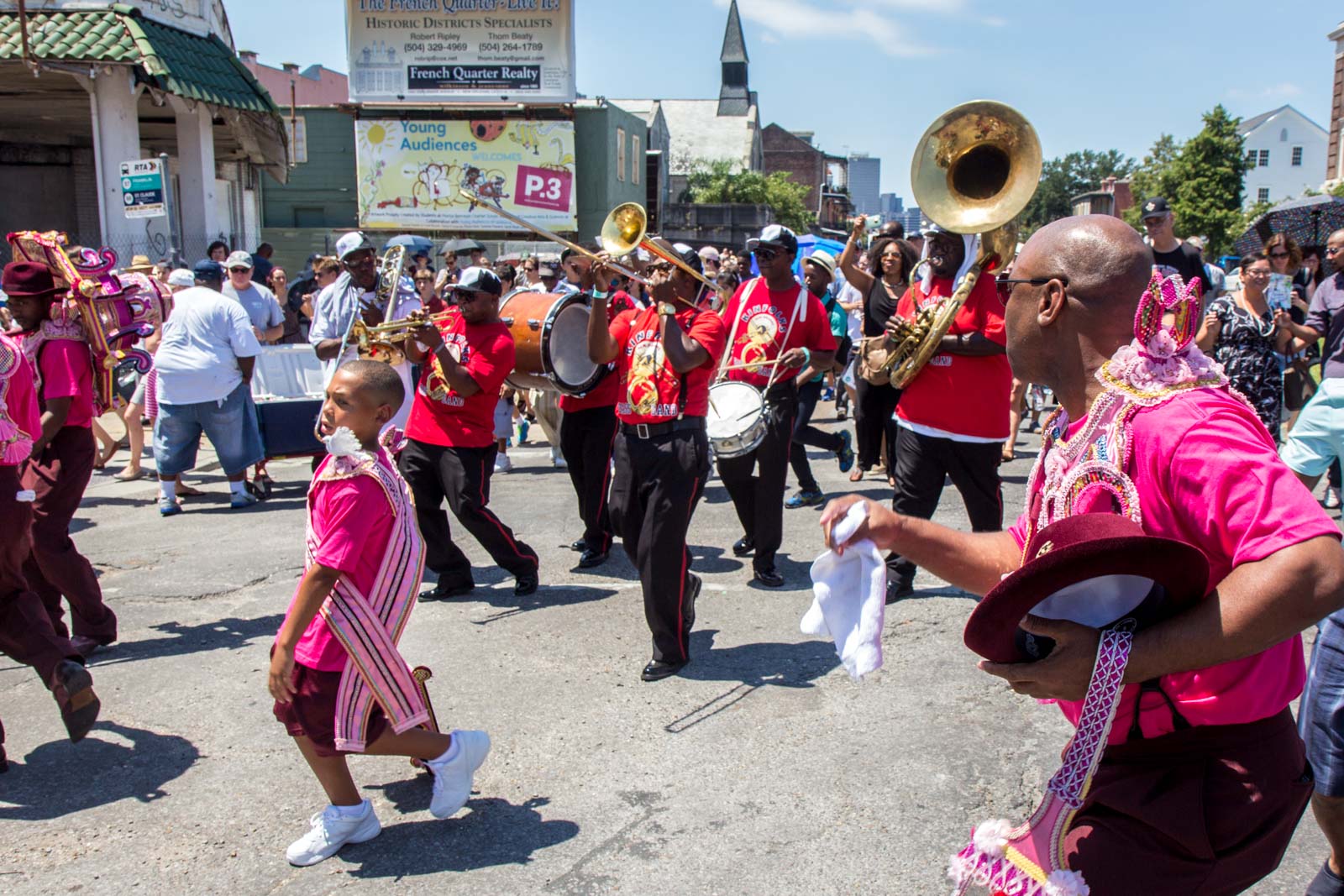 The music is the focus and you can hear it from block away. But I am also rather taken with the outfits and the whole visual experience of a Second Line parade in New Orleans.

I’ve captured some of the sights in my photos and I hope you enjoy this collection of images as much as I enjoyed taking them. 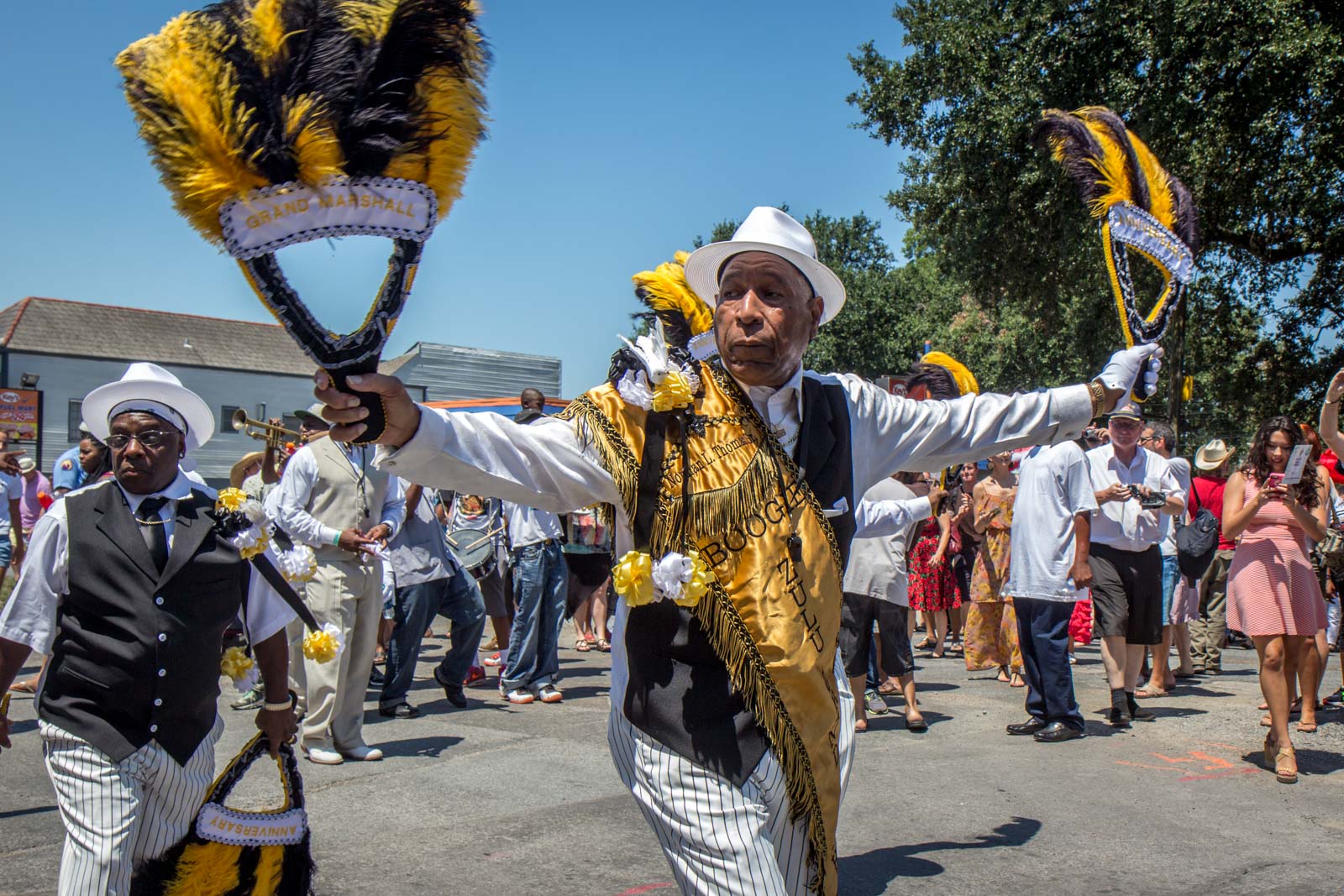 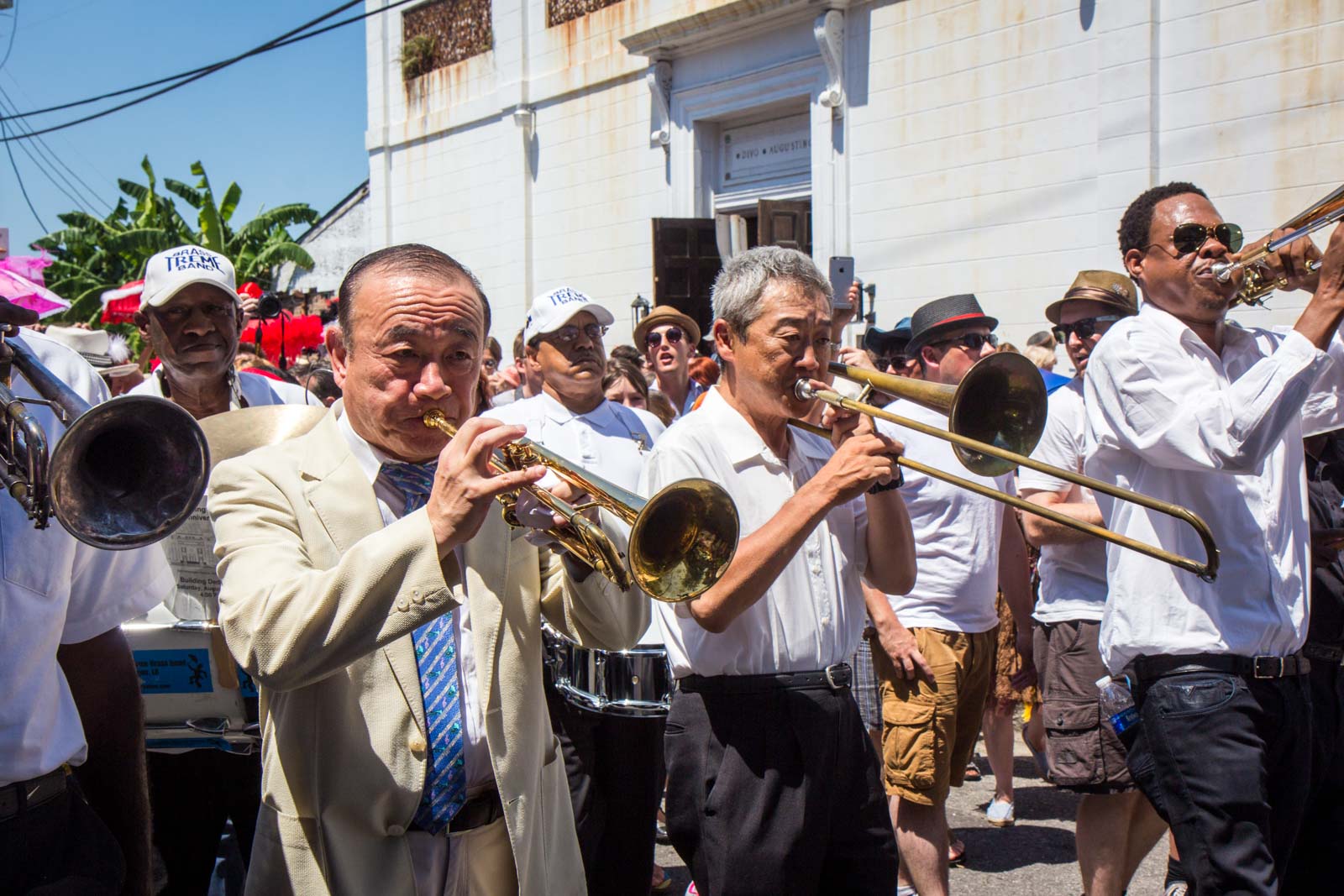 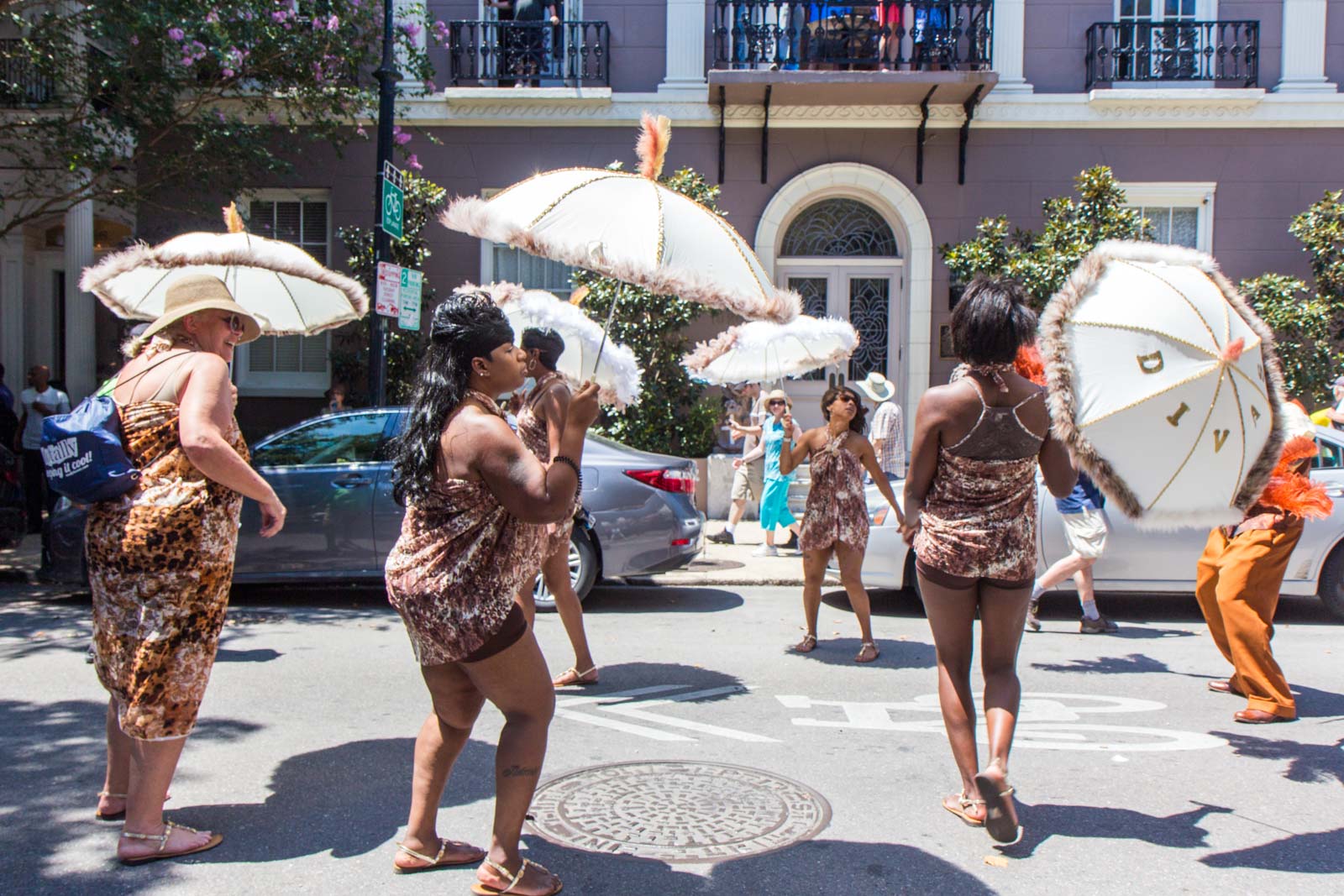 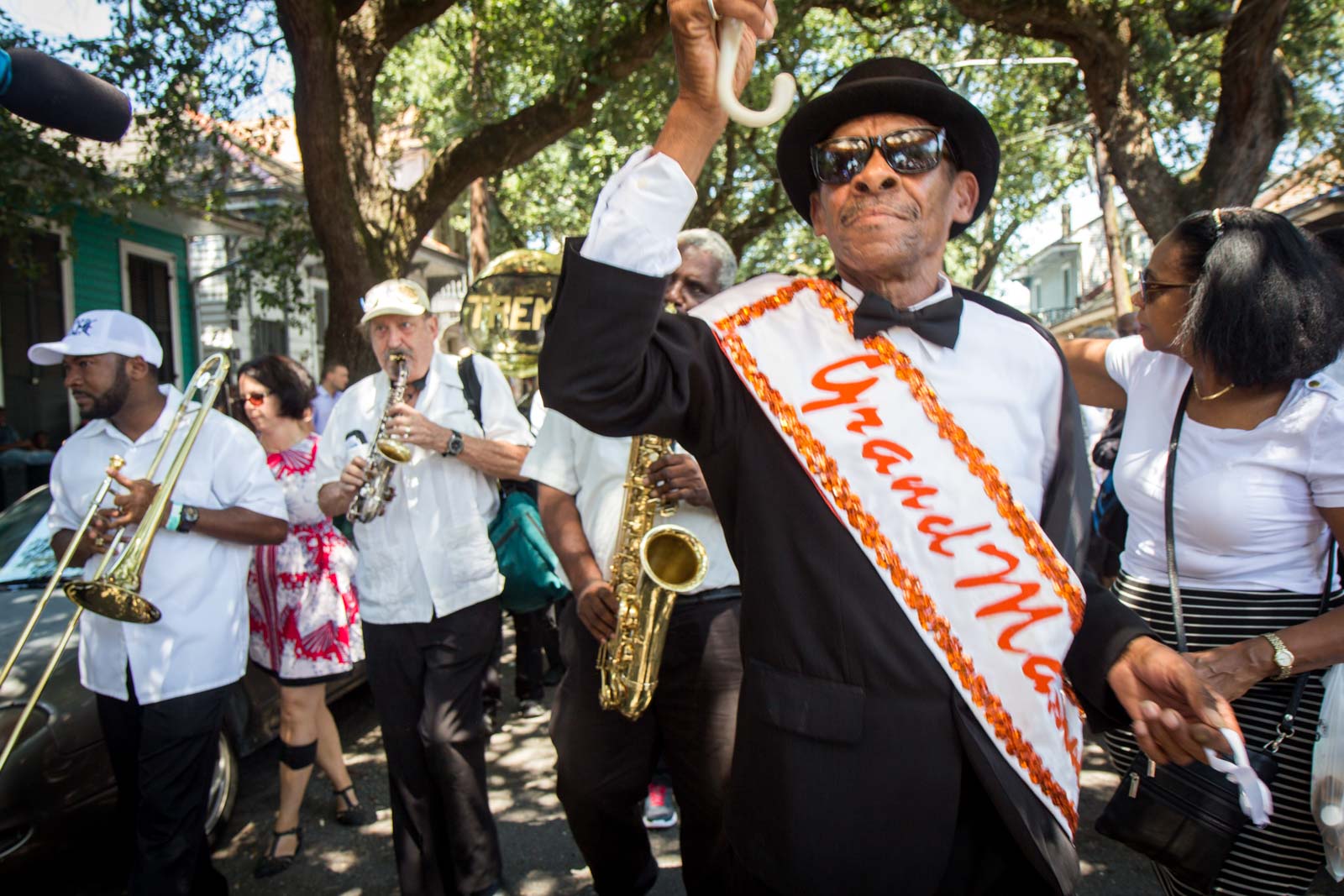 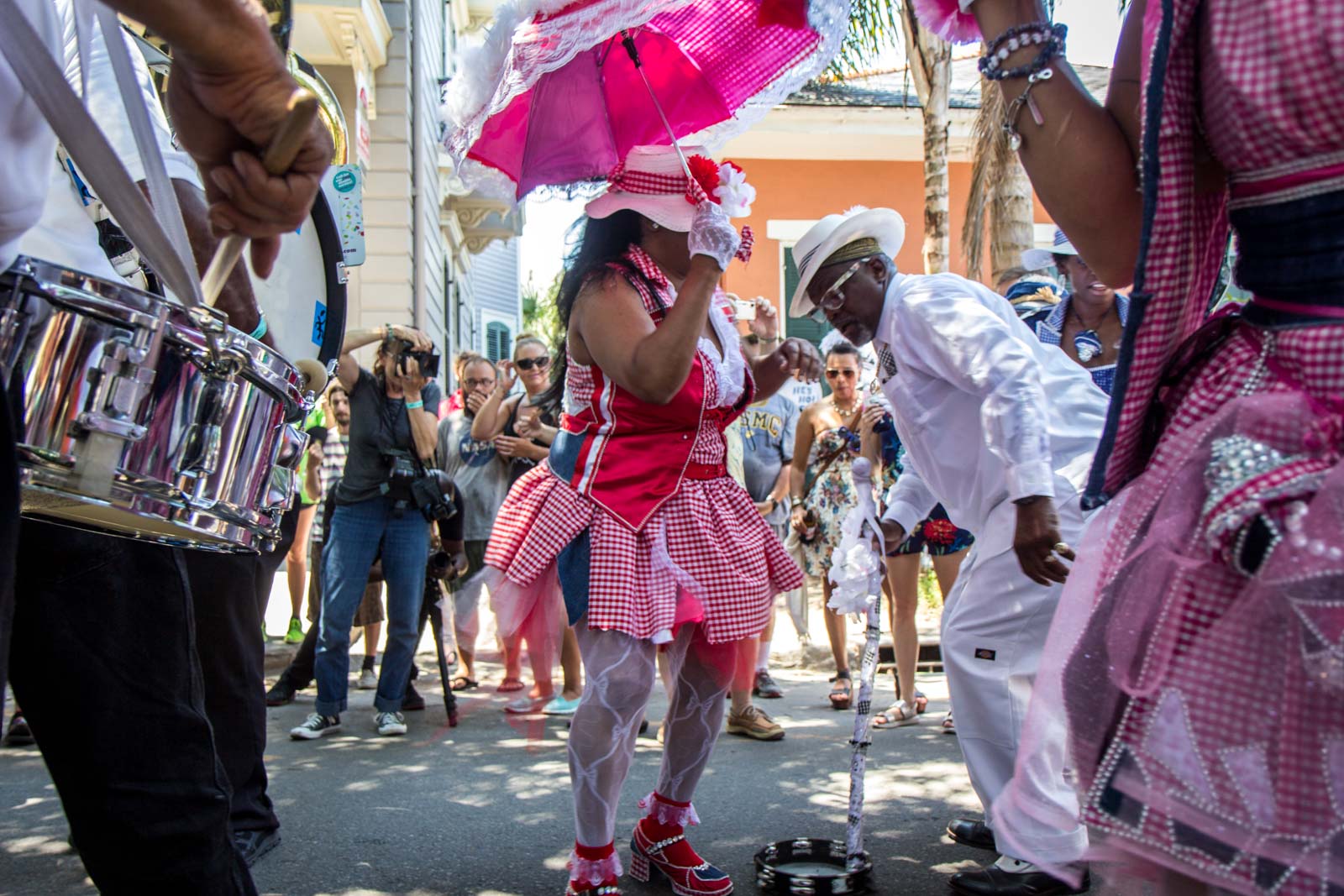 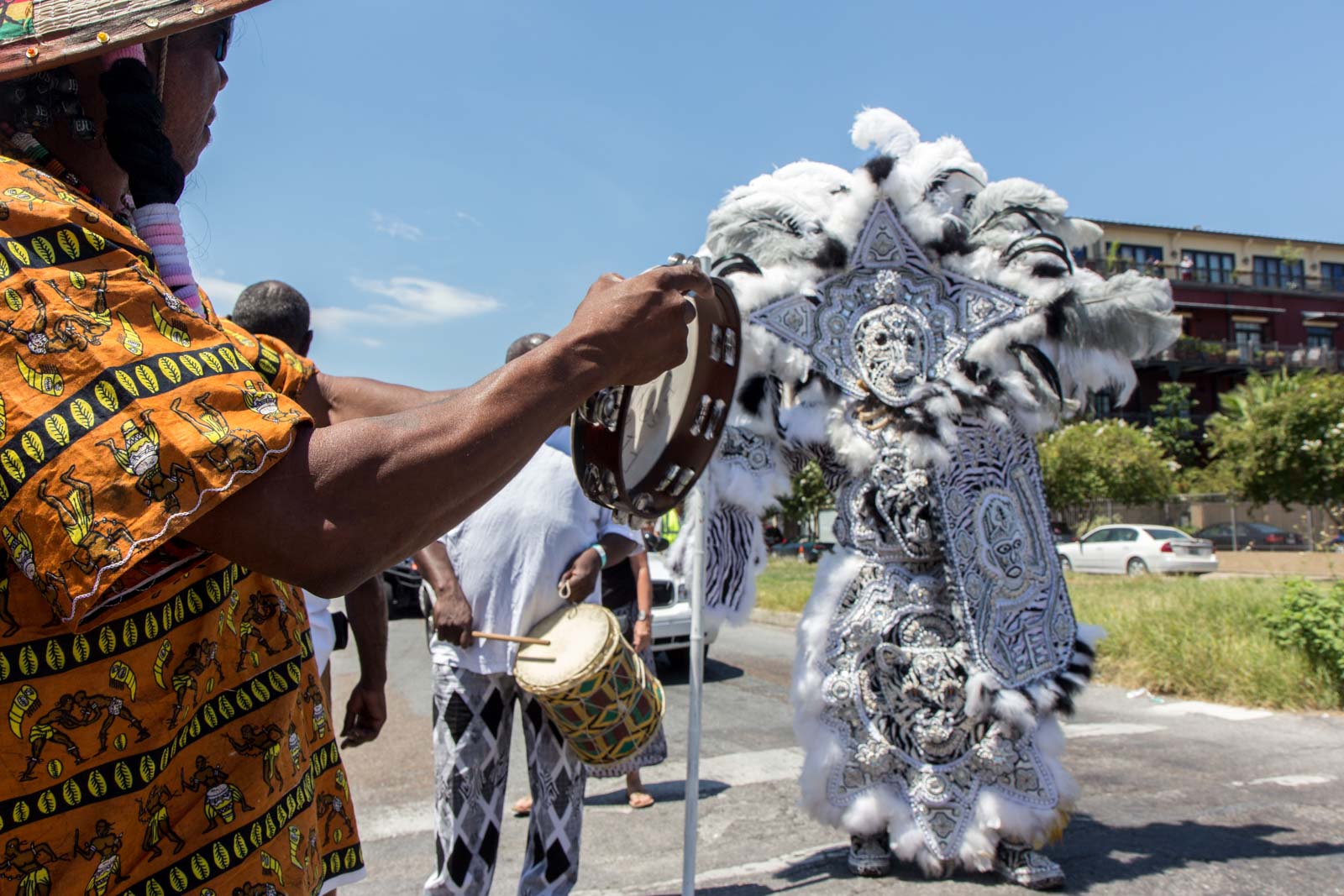 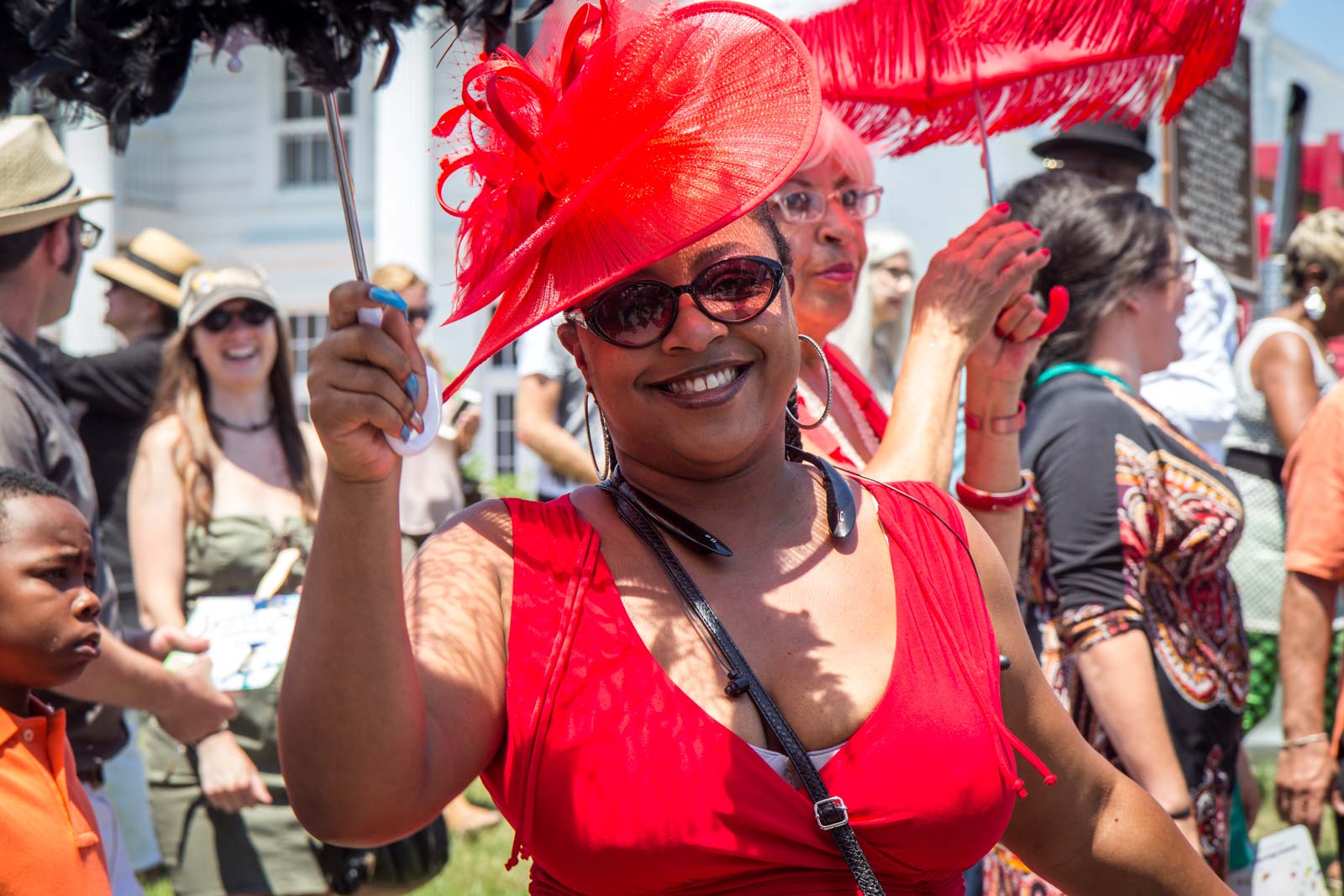 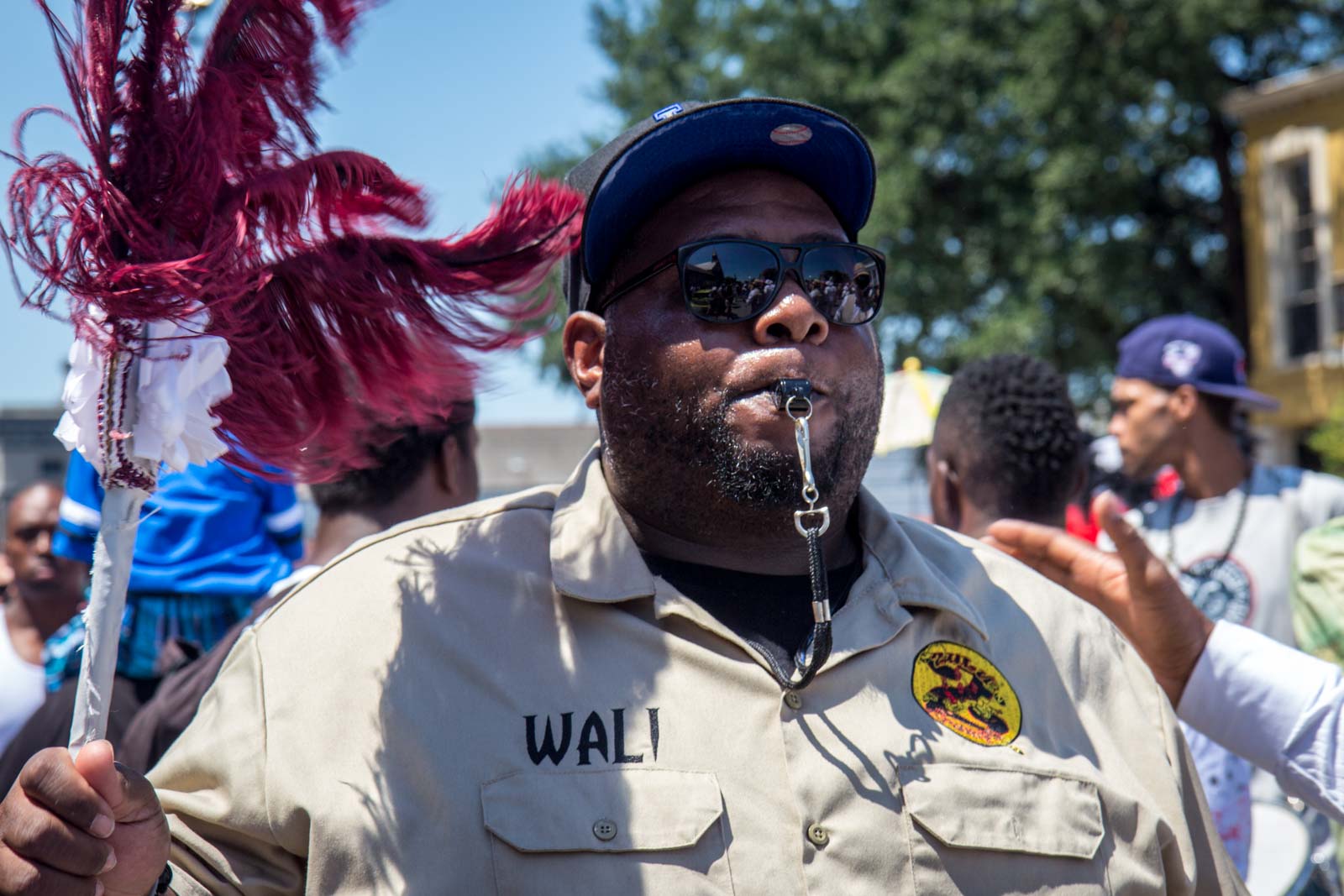 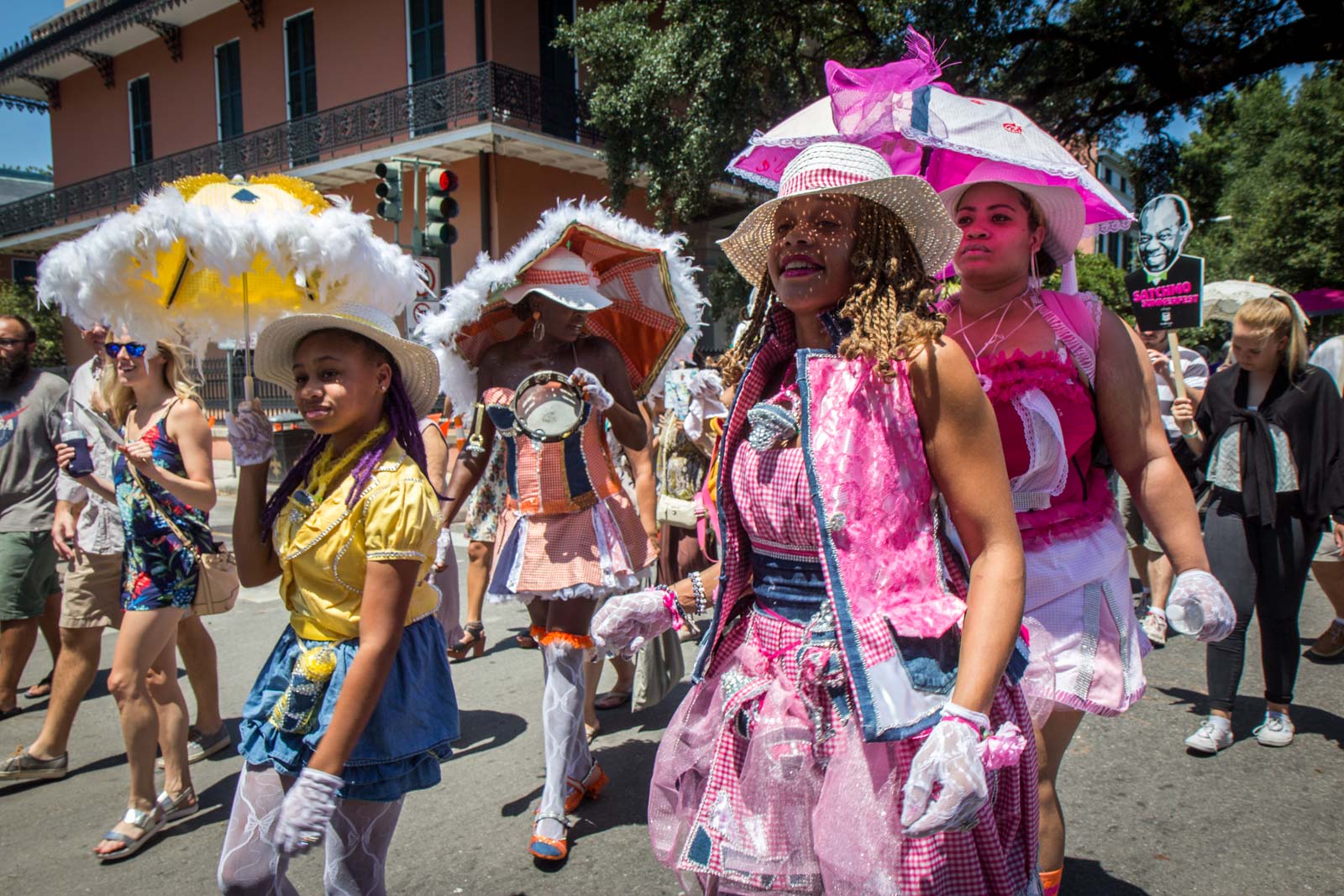 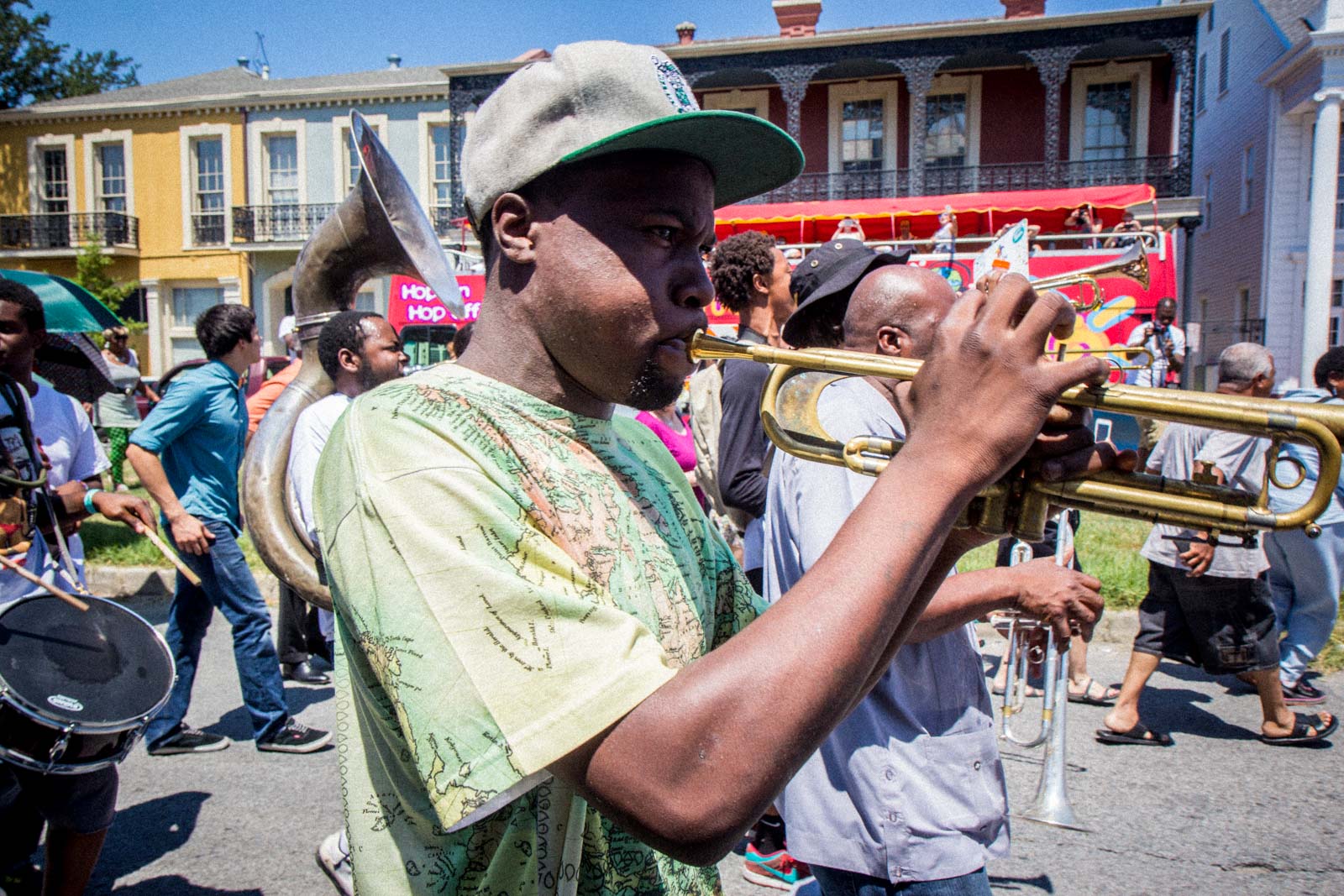 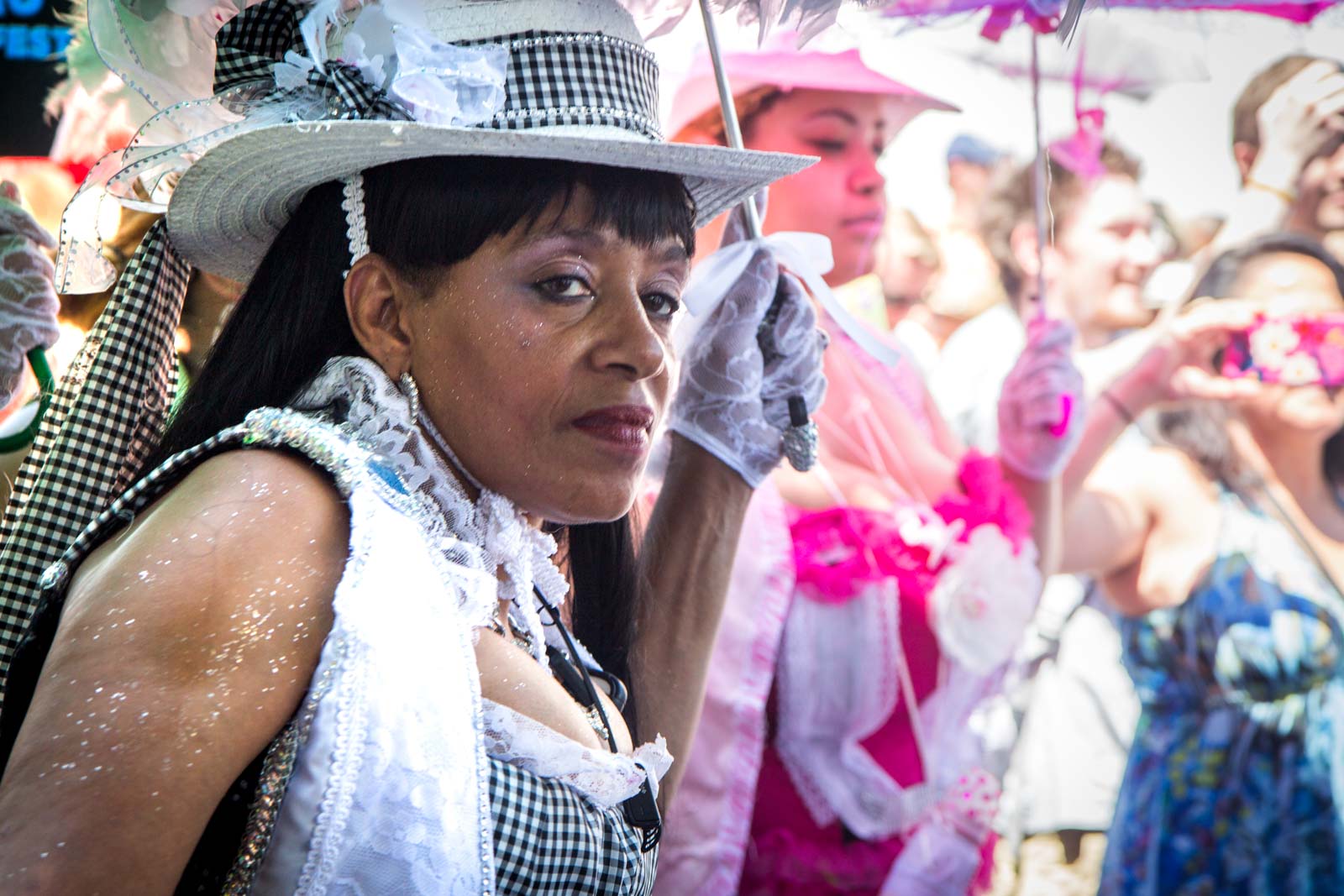 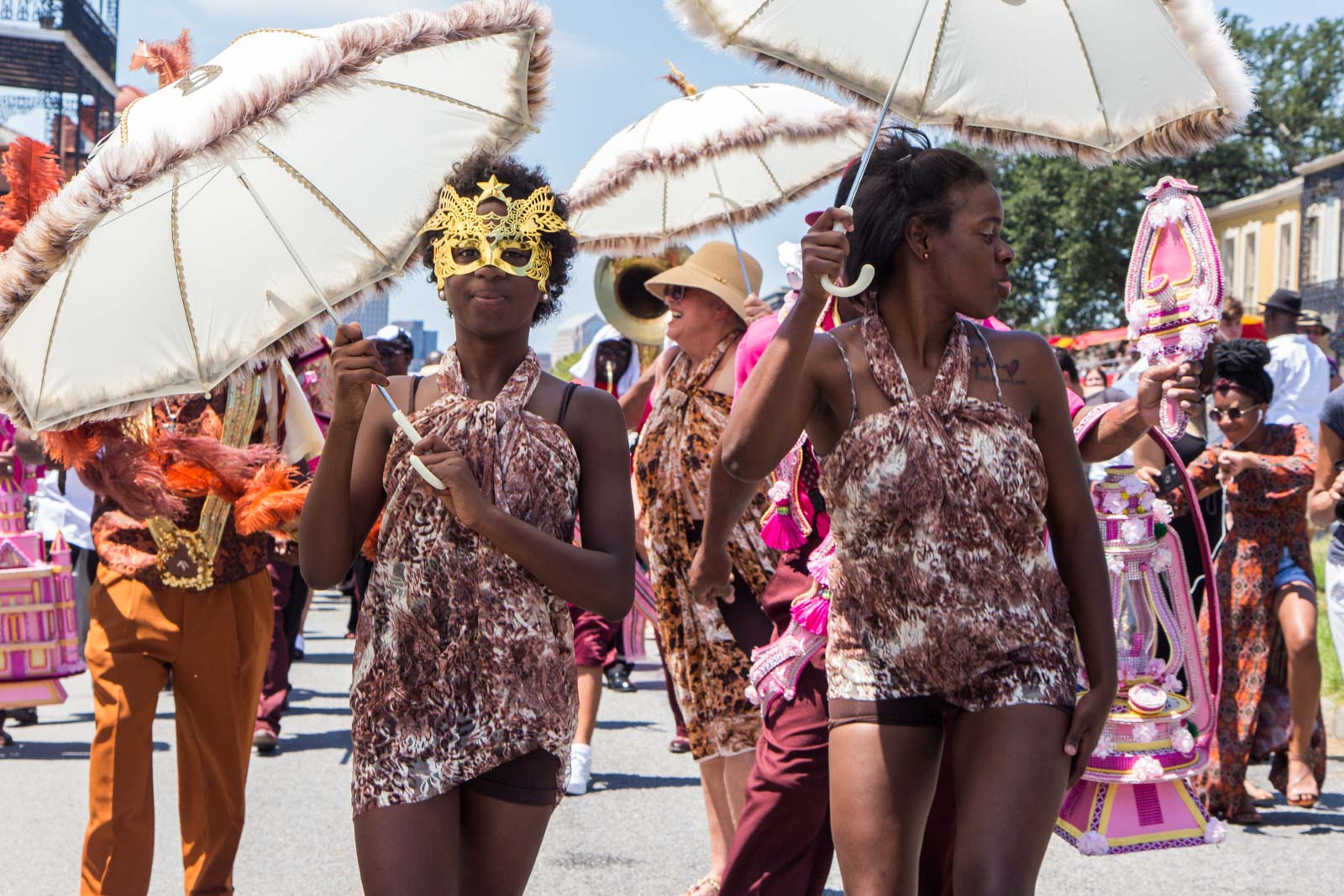