Frontiers of the Roman Empire, Germany

Earlier in the year I visited one of the limits of the Roman Empire at Hadrian’s Wall in the north of England. In the 2nd century, when the great empire was at its peak, it stretched all the way across Europe and this long fortification was built across Britain to protect it from attack.

Thousands of kilometres away, here in the north of Germany, the Romans built another defence of its border.

This fortified boundary wall, known as ‘The Limes’, may not be quite as famous or quite as obvious but it’s just as significant.

Together, the two sites make up a World Heritage Site called ‘Frontiers of the Roman Empire’. 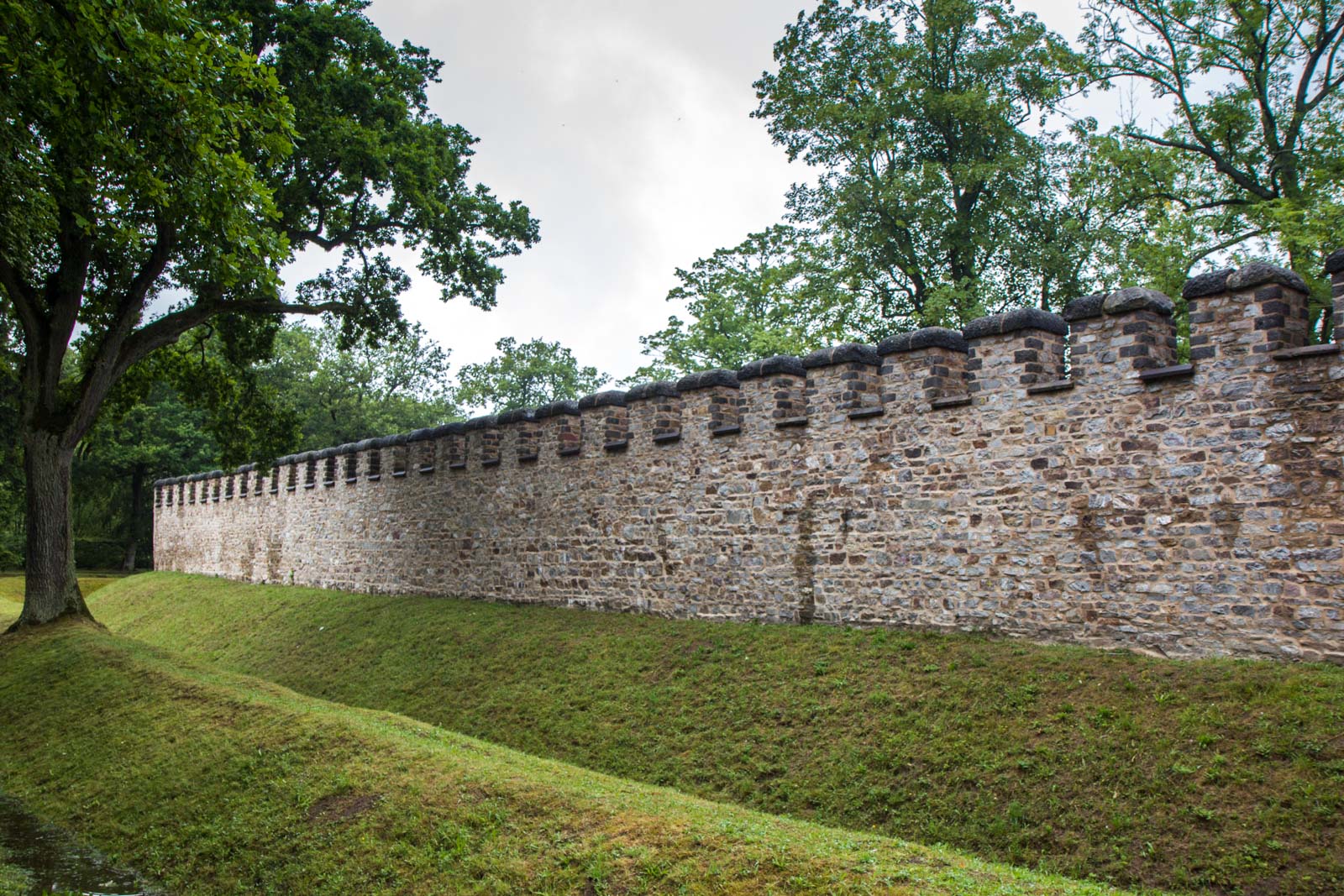 The German section stretches for about 550 kilometres from near Bonn in the west to Regensburg in the east. It links almost 100 towns, villages and districts along its length.

Although it is now incomplete, follow the path and you’ll discover a large selection of Roman ruins, excavations and reconstructions. 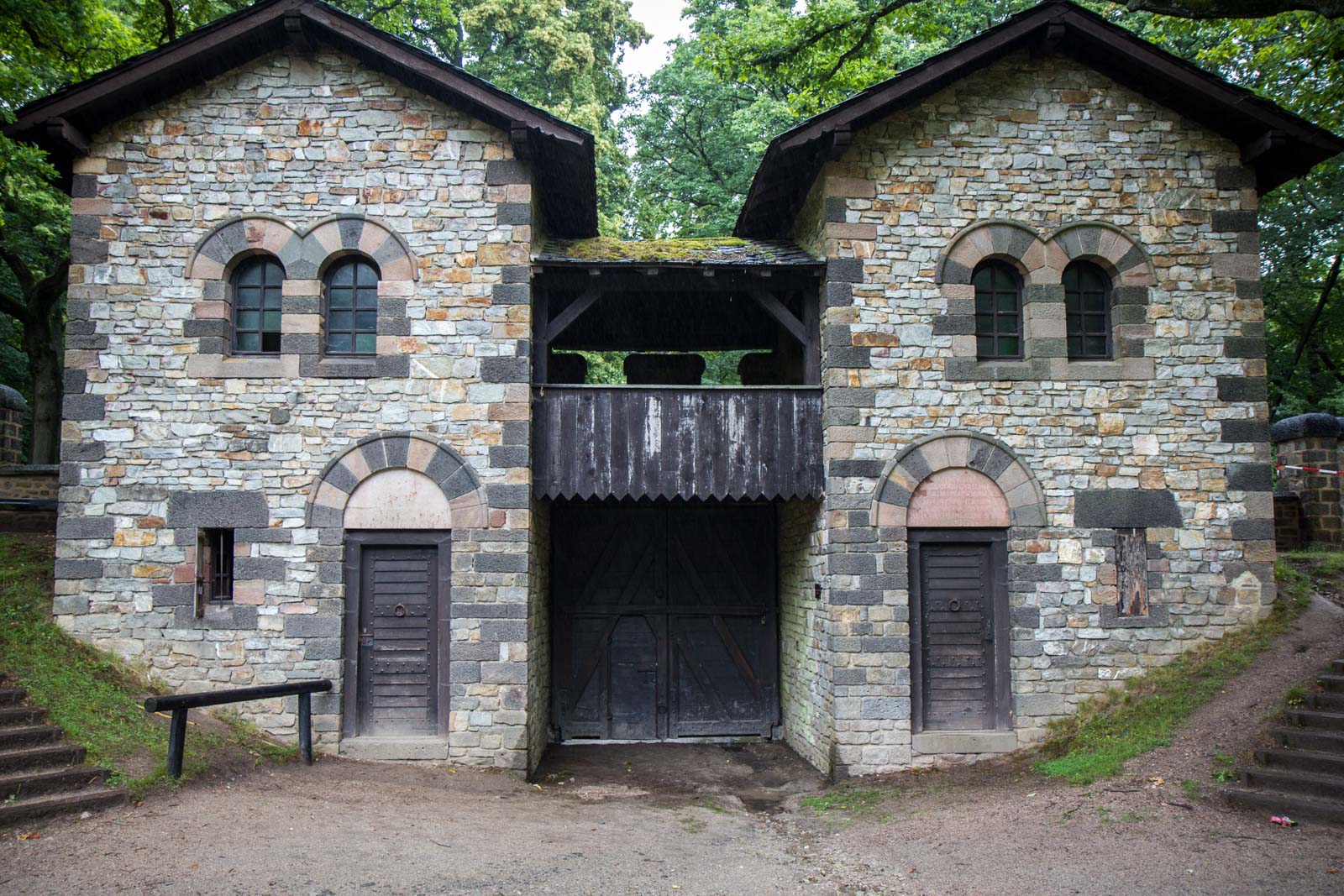 Some people bike or hike along the original border line and maybe one day I should come back and do the whole stretch on foot. Signposts and information boards point out significant monuments along the way and there are plenty of places to stay.

But for most people – myself included this time – a visit to a few of the ancient Roman sites along the Limes will give a thorough impression of the fortifications. 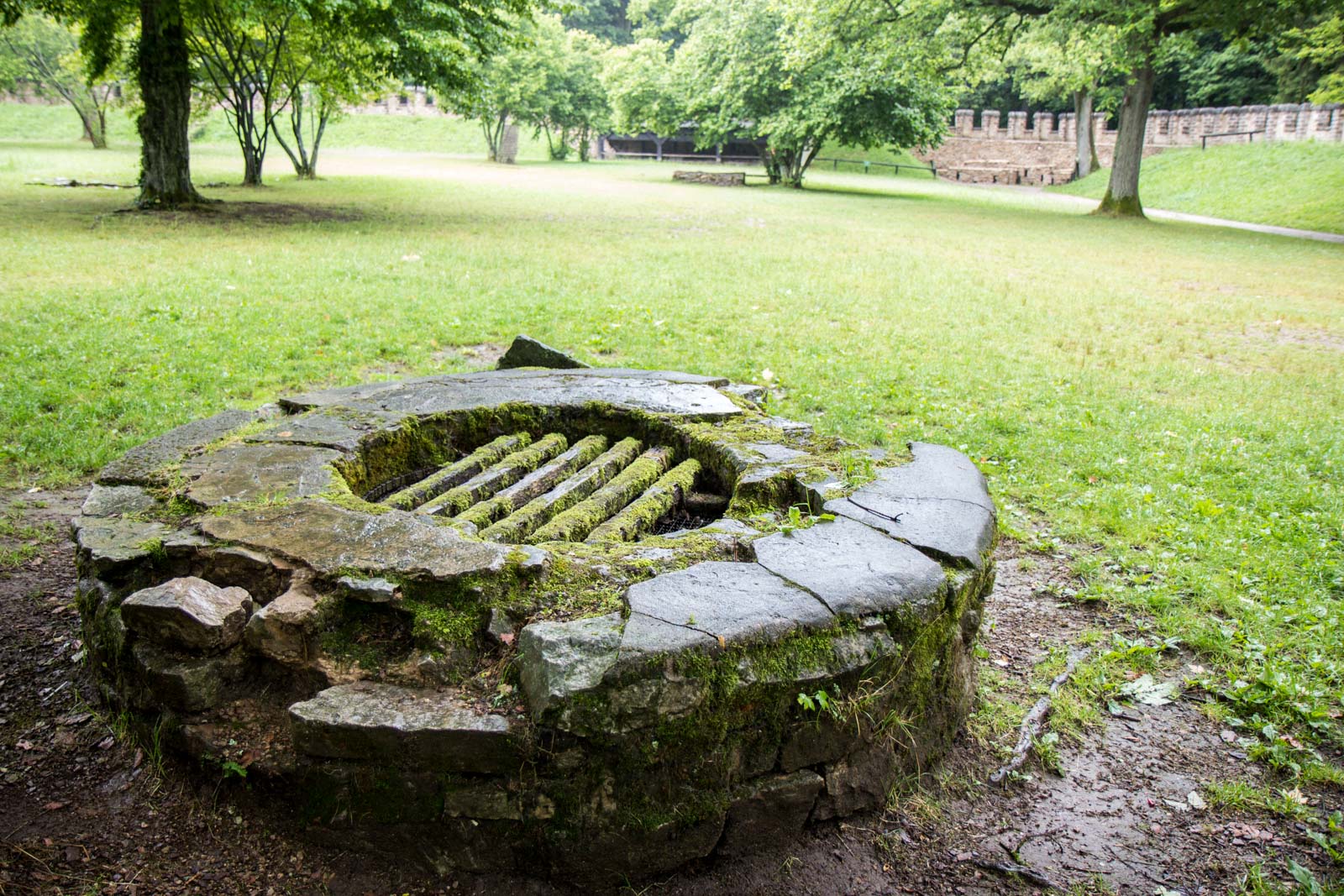 One of the best places to quickly experience the Roman Frontiers is at the Saalburg Roman Fortress near Bad Homburg. It is the only Roman fortress in the world to be rebuilt and is imposing on a hill with large external walls guarding the buildings inside.

It was rebuilt as a museum and research institute around 1900 under the direction of Kaiser Wilhelm II, with additional reconstruction in the past decade. 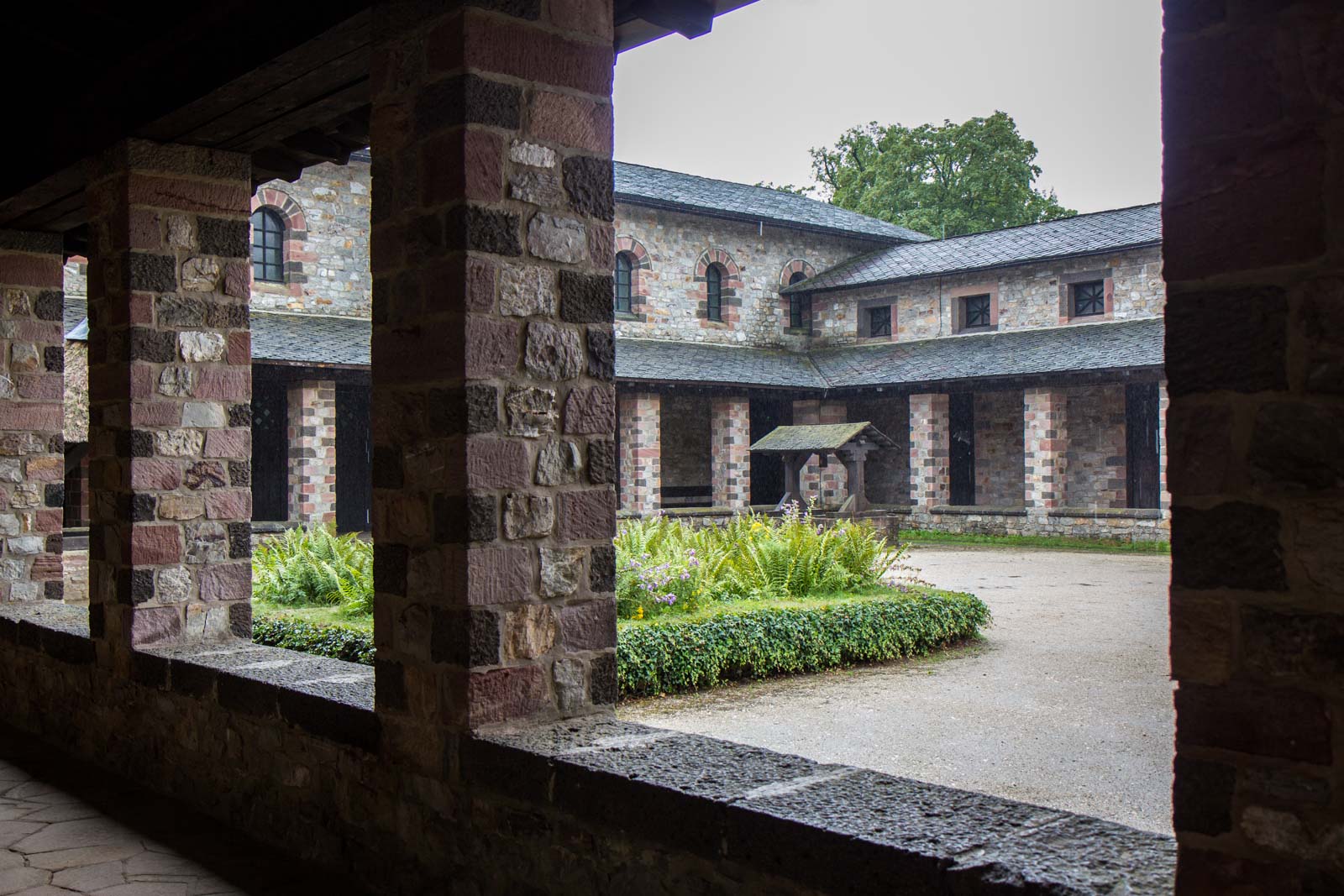 About 600 soldiers would have been based at Saalburg during the height of the Roman times and up to 2000 people may have lived inside the walls and the nearby village.

Models, reconstructions and actual archaeological finds in the site’s museum paint a picture of ancient times. I feel like it’s aimed more at school groups or history buffs but it is, nonetheless, quite unique in what it offers. 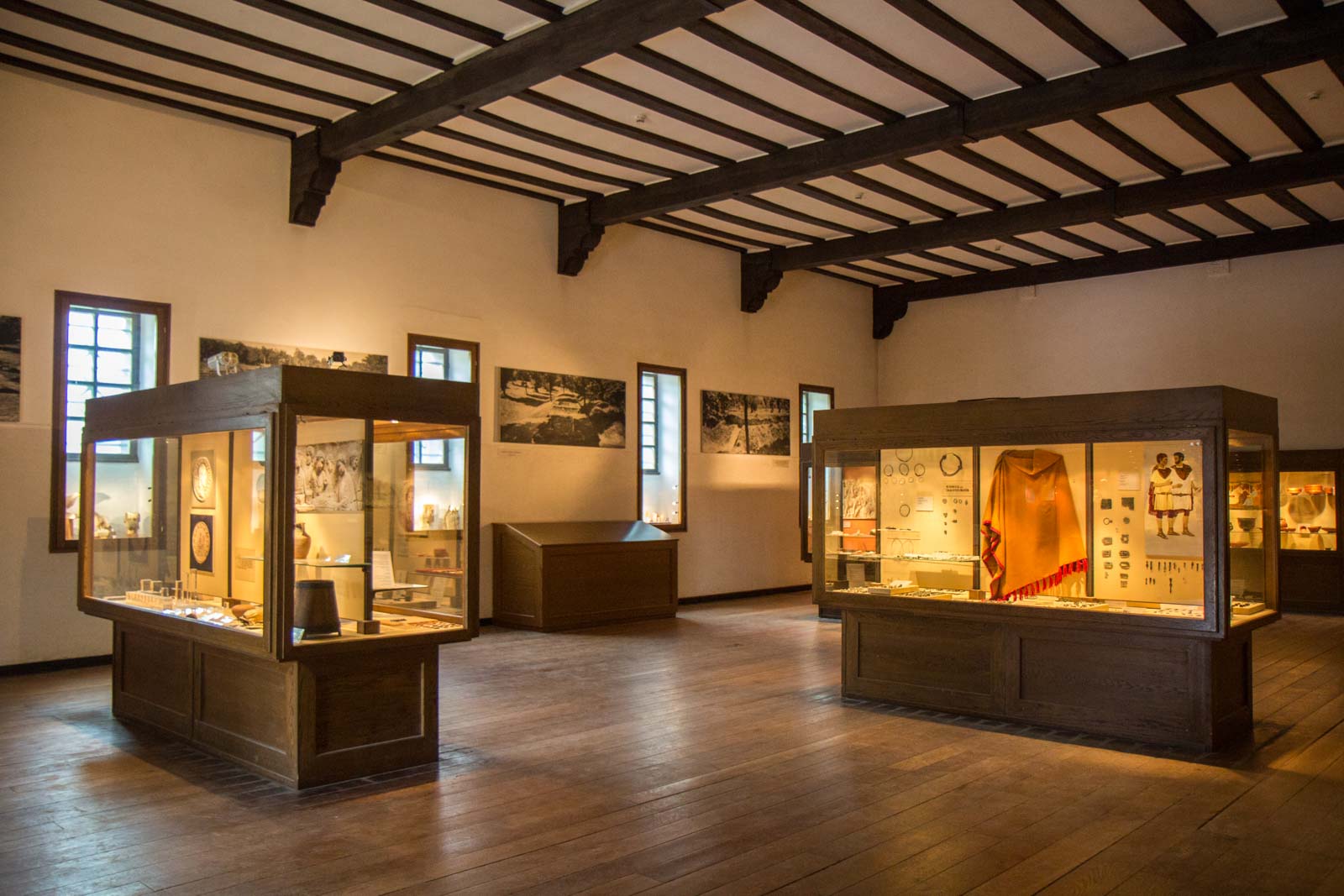 Visiting the Frontiers of the Roman Empire in Germany

If a reconstructed Roman fort is not your thing but you’re in the area near Saalburg, another option is to go exploring yourself.

In the forests nearby are relatively untouched Roman ruins and visitors are free to hike along the trails and discover things for themselves. In fact, it’s the same along much of the original boundary wall that stretches across the Germany. Although there are official sites that have been protected or restored, there’s still a lot which is just out in the open.

Because the original route of The Limes covers so much of the country, it’s easy to come across a part of it on your travels and see what there is to visit in the area.

The Saalburg Fort is located at: Saalburg 1, 61350, Bad Homburg vor der Höhe, Germany
You can see it on Google Maps here.
To get to the Saalburg Fort, catch the train to Bad Homburg and then take the bus number 5 to the site, which takes about 30 minutes.
The church is open at the following times:
Summer: 0800 – 2000
Winter: 0800 – 1700
Admission prices to Saalburg Fort are as follows:
Adults: €5
Concession: €3.50
Children: €3
If you go to Saalburg Fort, leave yourself about an hour to walk through the forests surrounding the museum to see some original Roman ruins.
You can find out more information here about the Saalburg Fort.