The best restaurants around Toledo, Spain

If you like good food, I suggest you keep reading.

If you love that good food to also be good value, then definitely keep reading.

And if you want to experience this good value good food in a beautiful foreign location, then you should read until the end.

Today I want to tell you about the Spanish city of Toledo and the fine dining options in the surrounding areas.. This year, Toledo has been named the Spanish Capital of Gastronomy.

For a country with one of the best cuisines in the world and more than 180 Michelin starred restaurants, this is quite an achievement. But well deserved, I discover, as I eat my way across the region over the course of several days. 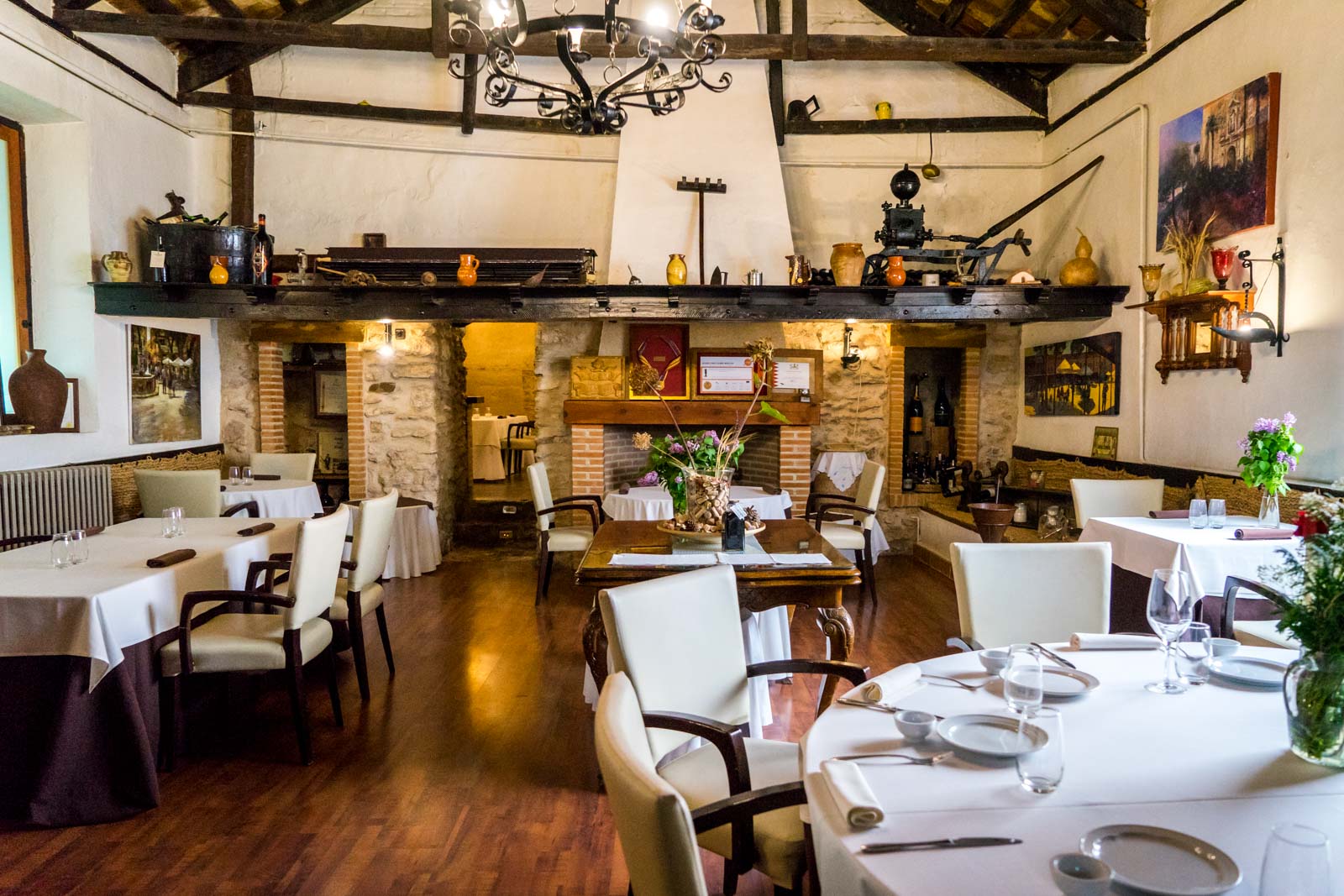 There are a few particular restaurants I want to recommend but let’s start with one in particular.

Toledo is a World Heritage Site, a beautiful Imperial City built on a hill that has been home to a coexistence of Christians, Jews and Muslims for more than a millennium.

But to get to this dining highlight you need to drive about ten minutes from the centre of the town, out across one of the bridges that cross the protective river, and into a suburb called Montesión.

This is where you’ll find El Carmen de Montesión. 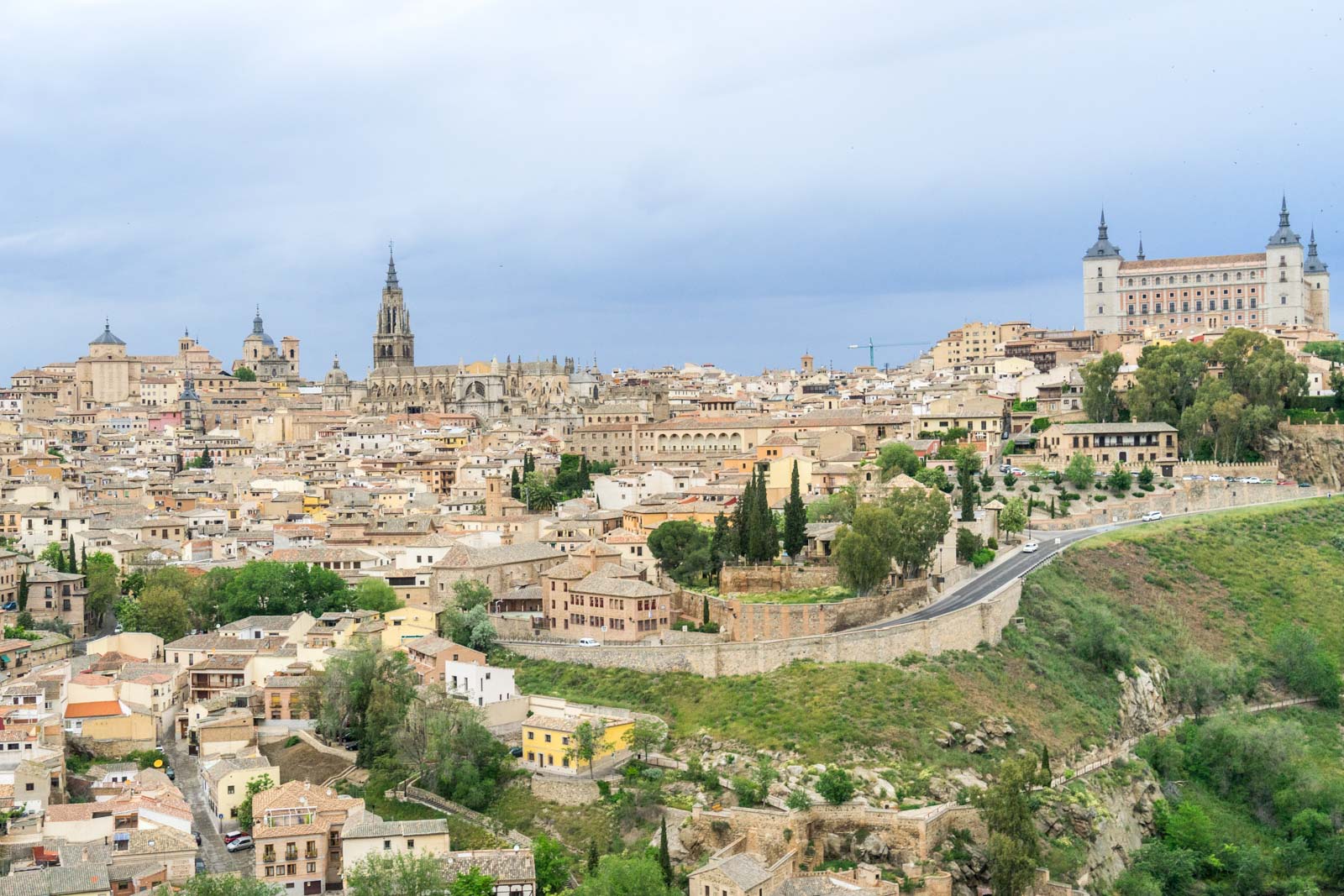 From the outside it looks like a friendly suburban restaurant. And, in many ways, it is. But the exterior doesn’t tell the whole story.

Inside is a Michelin star dining experience that places on emphasis on local ingredients. To fully appreciate this, the degustation menu is the order of the day. Interestingly, Cerdeño isn’t immutable in his approach to local produce, he doesn’t completely embrace what he calls ‘zero kilometre radicalism’. When there is something he wants that comes from another region or even another country, he happily includes it on the menu.

A good example is herring, which he sources from Nordic countries but you’ll find at El Carmen de Montesión.

Rather than describe each of the dishes I had on the degustation menu, seeing as they change each season, let me just share with you a selection of photos so you can see for yourself what you might expect for yourself. 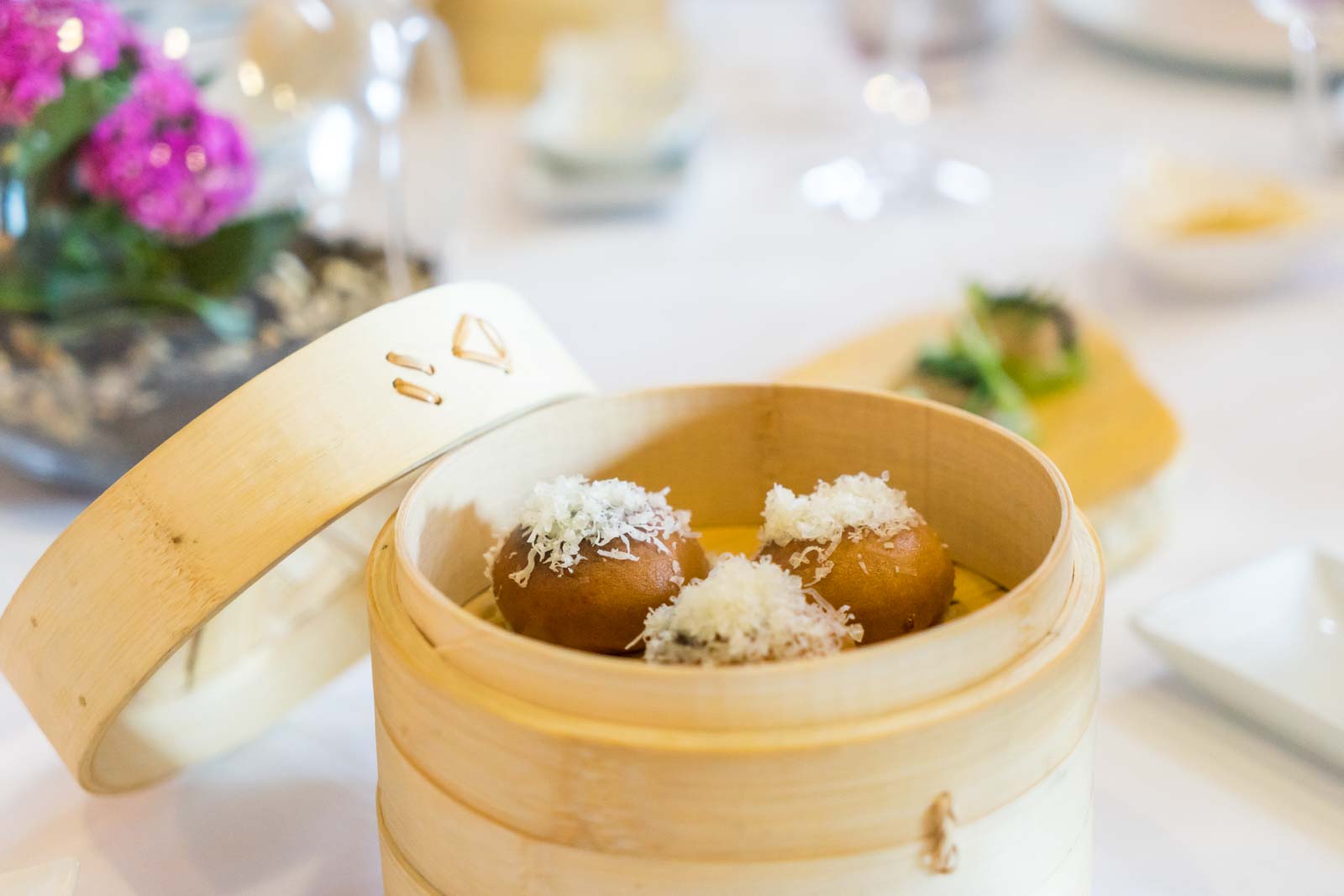 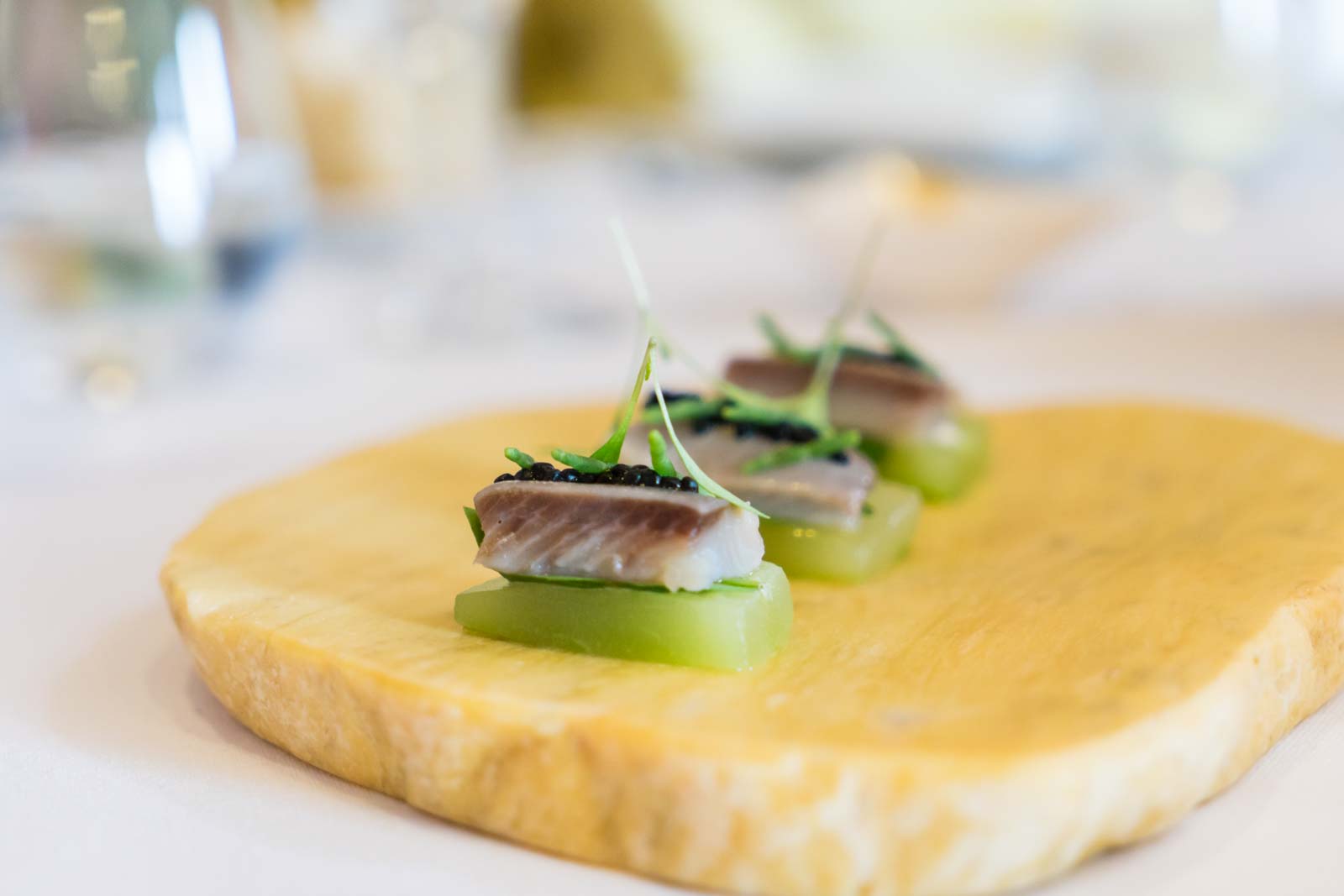 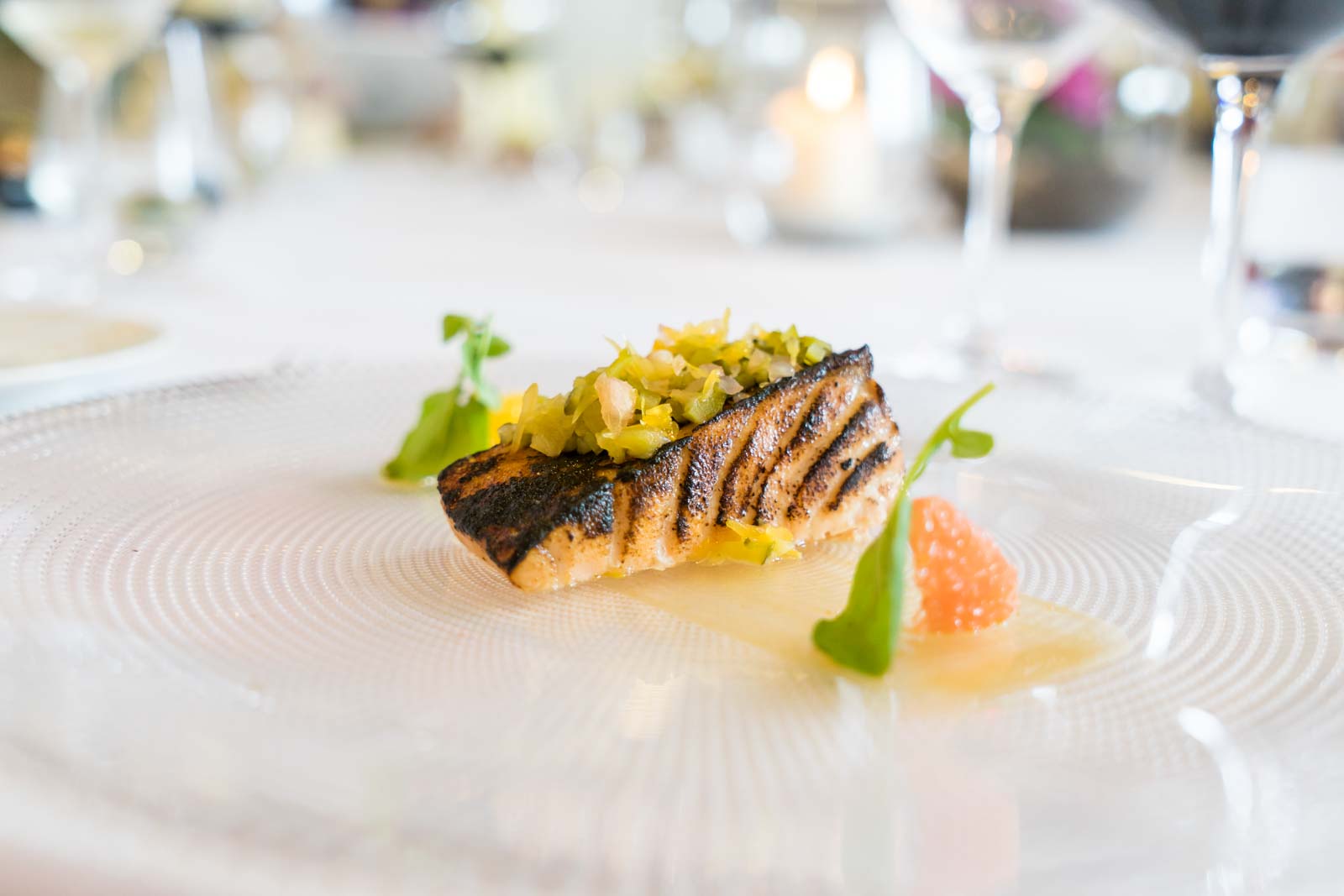 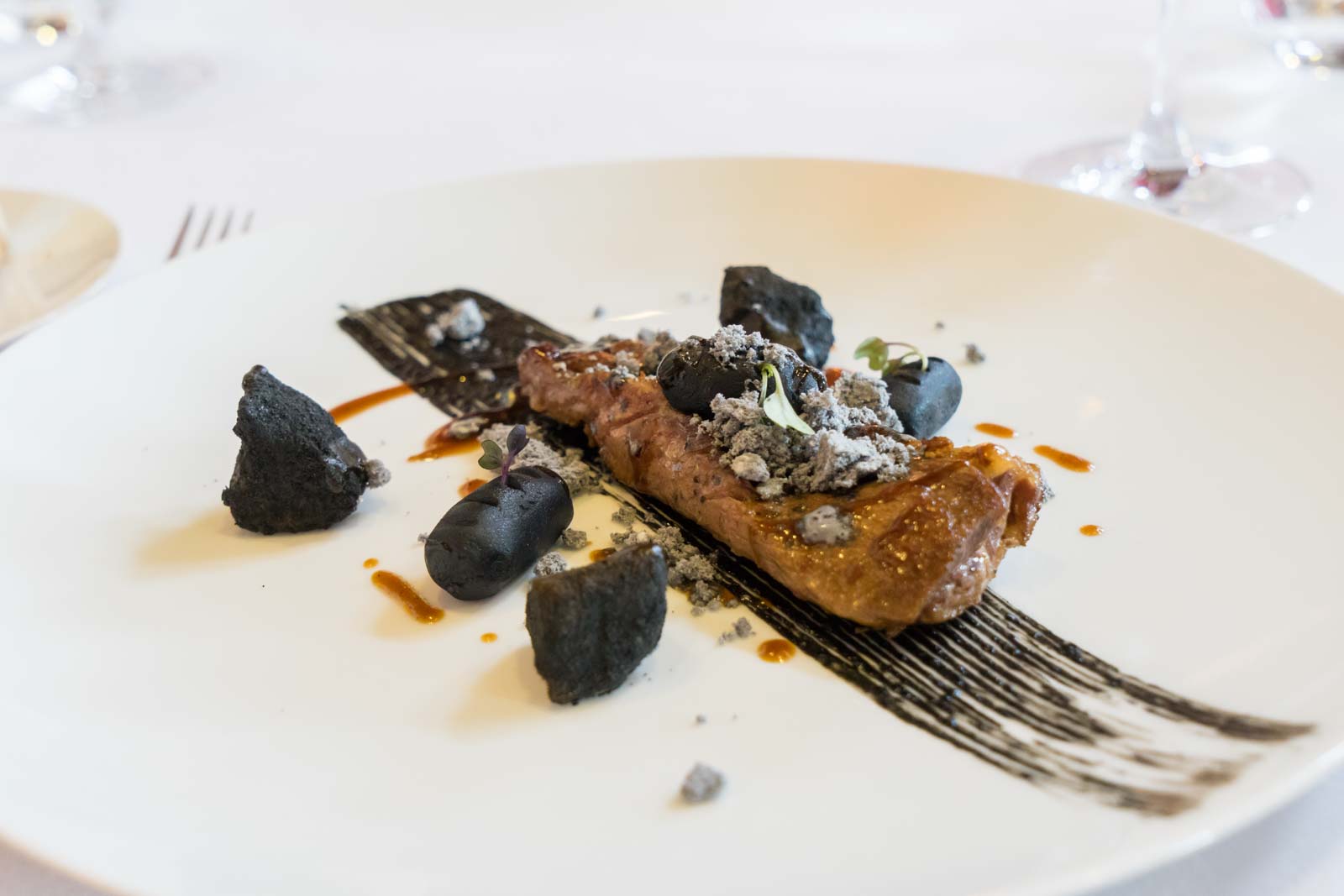 For me, the biggest surprise about El Carmen de Montesión is the price.

Perhaps I have become accustomed to thinking that a Michelin starred restaurant with a degustation menu is always expensive. And I suppose you could argue that, relative to many other restaurants in Spain, this is at the higher end of the scale. But let me know what you think:

The price for an 8 course tasting lunch (which is more than enough for me) is just €43. And… wait for it… that price also includes wine for the whole meal! 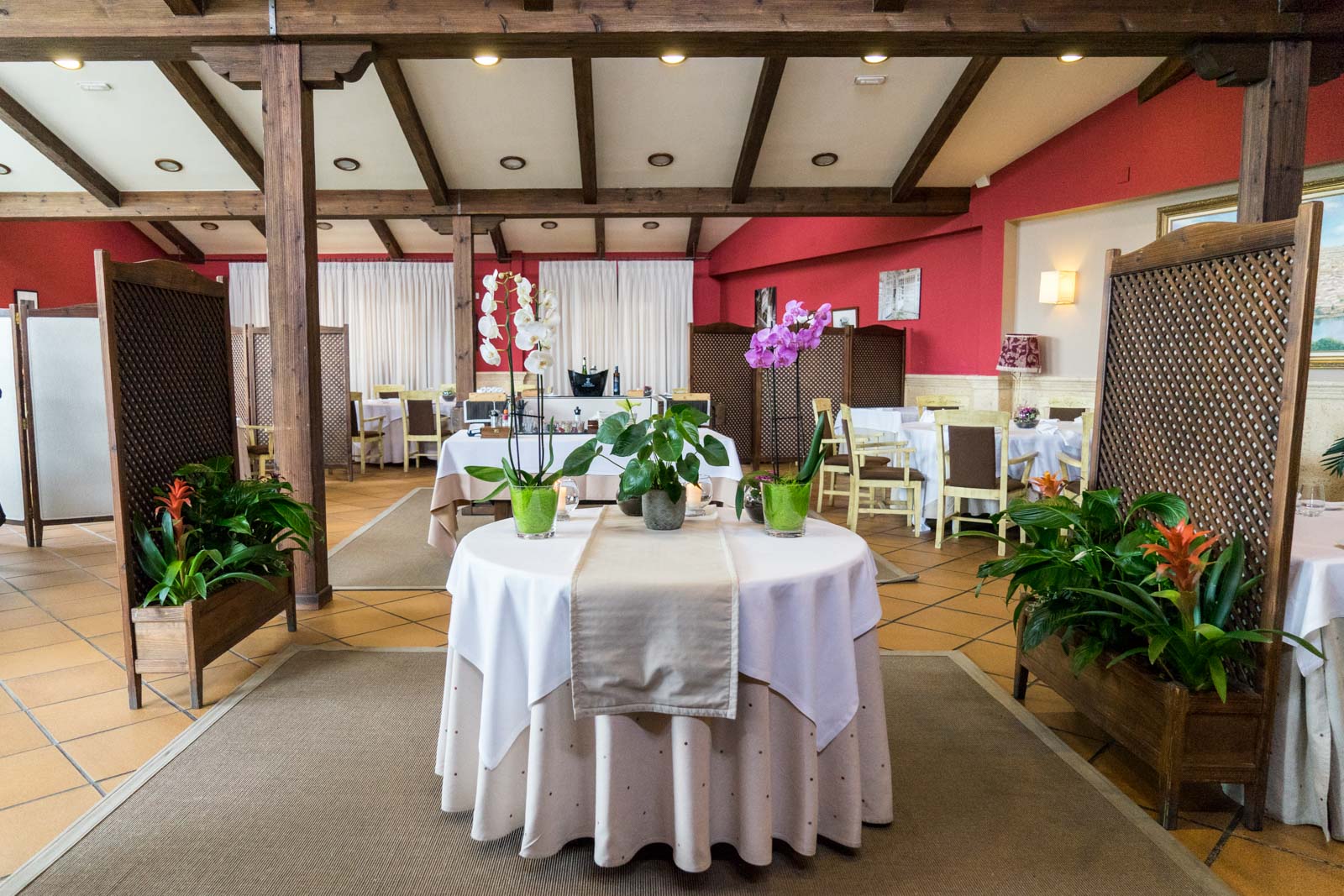 Having spent a lot of time in London recently, I want to compare it to similar tasting menus there. For the same quality with wine, you would be looking an average of about £150 (about €200). That’s a difference of about €150.

For that amount of money, you could actually get a return flight from London to Madrid and then pop down to Toledo on the train. Think about that for a moment.

A weekend trip to Spain to eat at a fantastic Michelin star restaurant for the same price as just the meal in London! I think you might have your next city break in the planning stage right here!

But, if you’re coming to Toledo for the weekend, you might want a couple of other recommendations. There are dozens of fantastic restaurants in the city and the surrounds but I want to just tell you briefly about two more.

In the centre of Toledo, just near the enormous cathedral, you’ll find Restaurante Locum.

It’s a small space in an old house that uses three different terraced levels for maximum space. Music fills the air and art hangs on the walls.

The focus for the food here is on the history of the region. The courses are complex and have touches of modern techniques. However, it is both a traditional meal and experience.

The location makes it an easy option for dinner if you are staying at one of the hotels in the old town of Toledo. 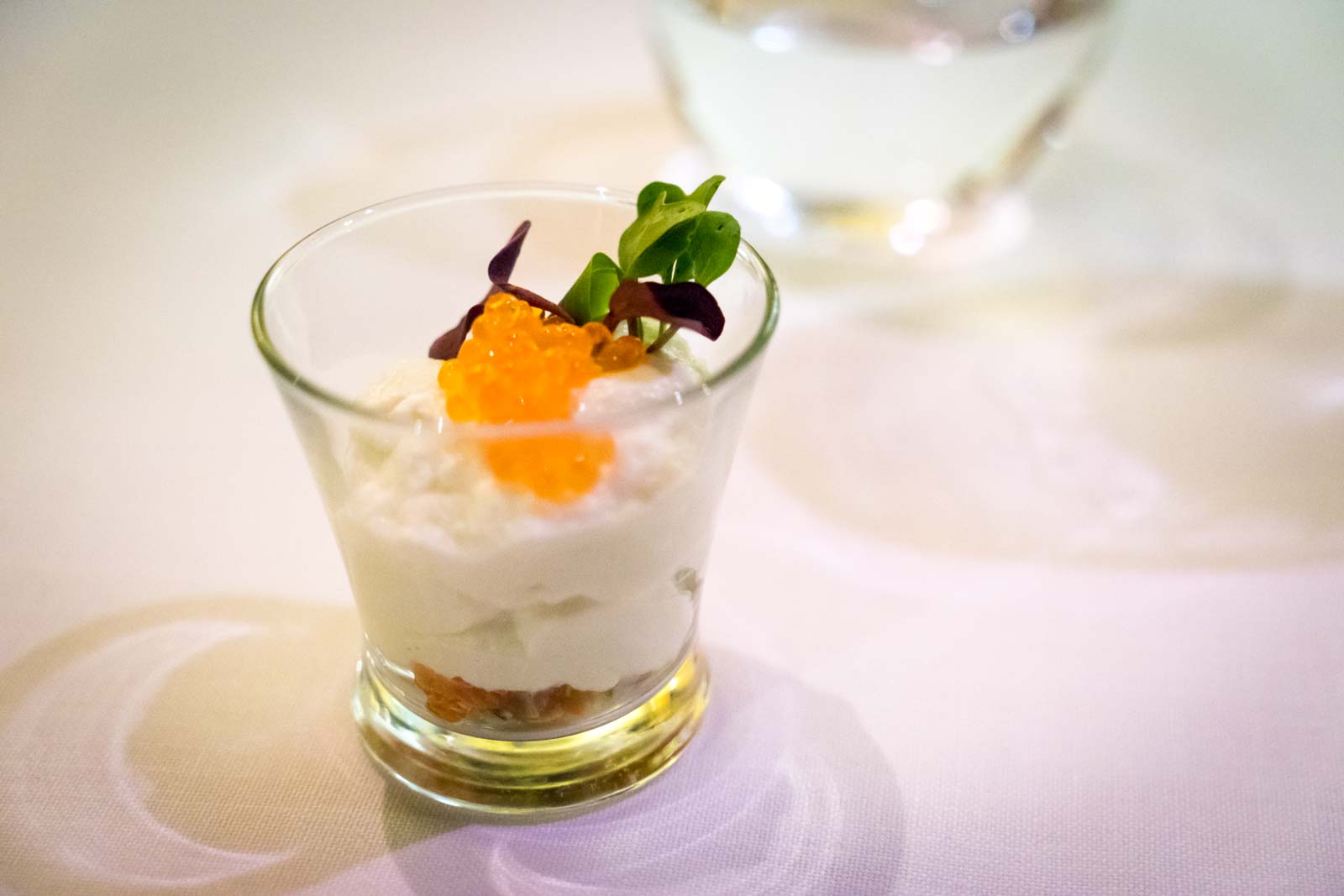 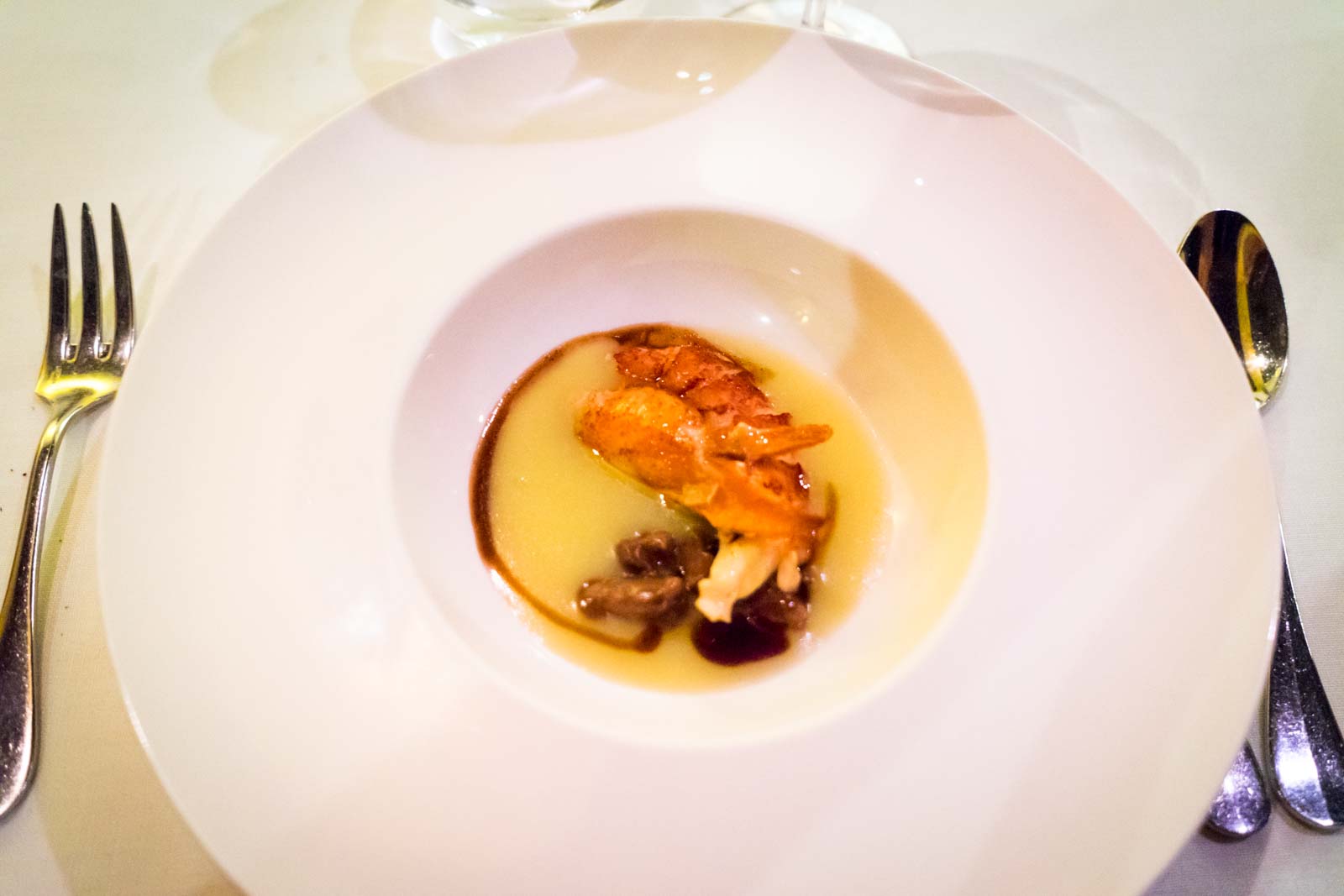 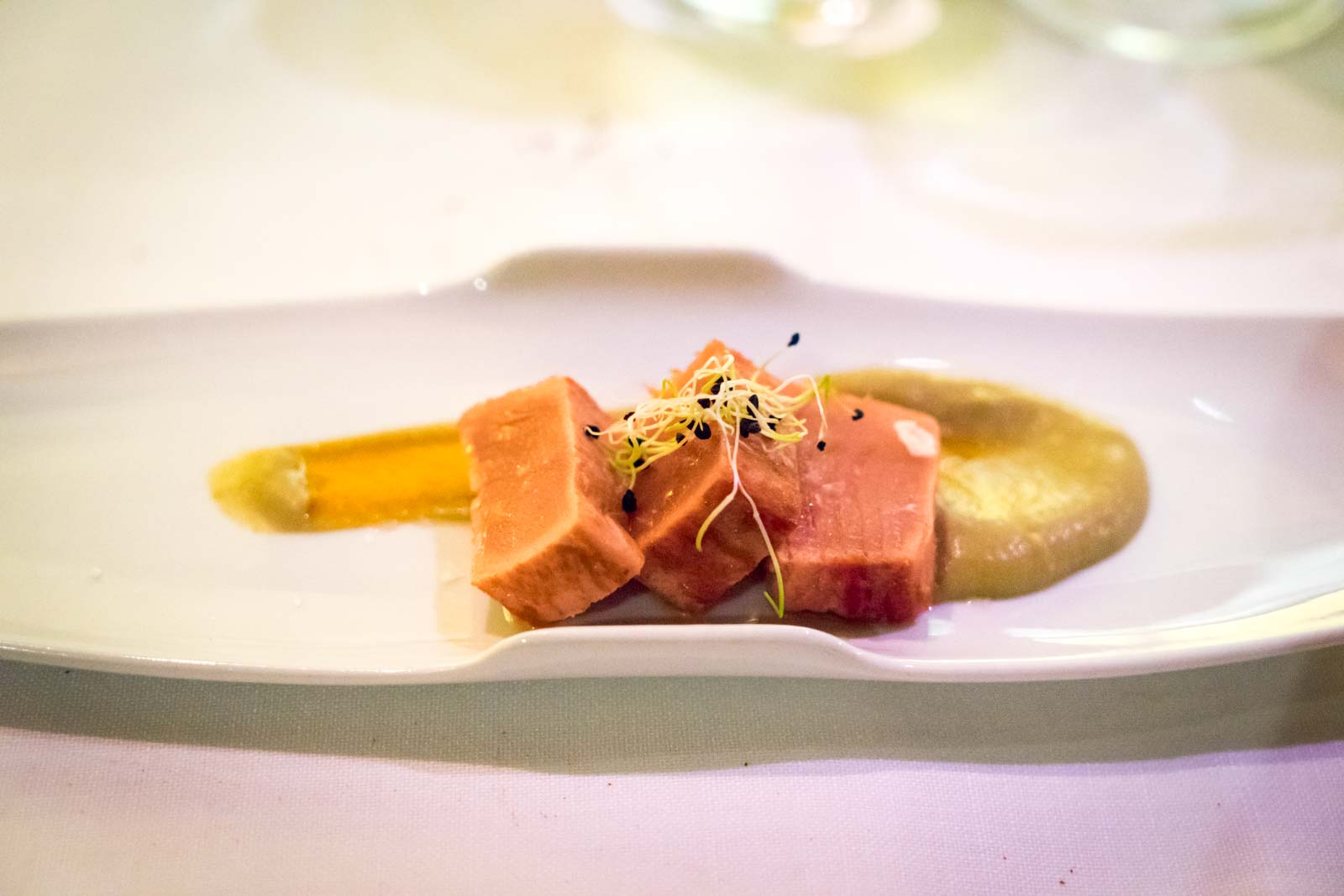 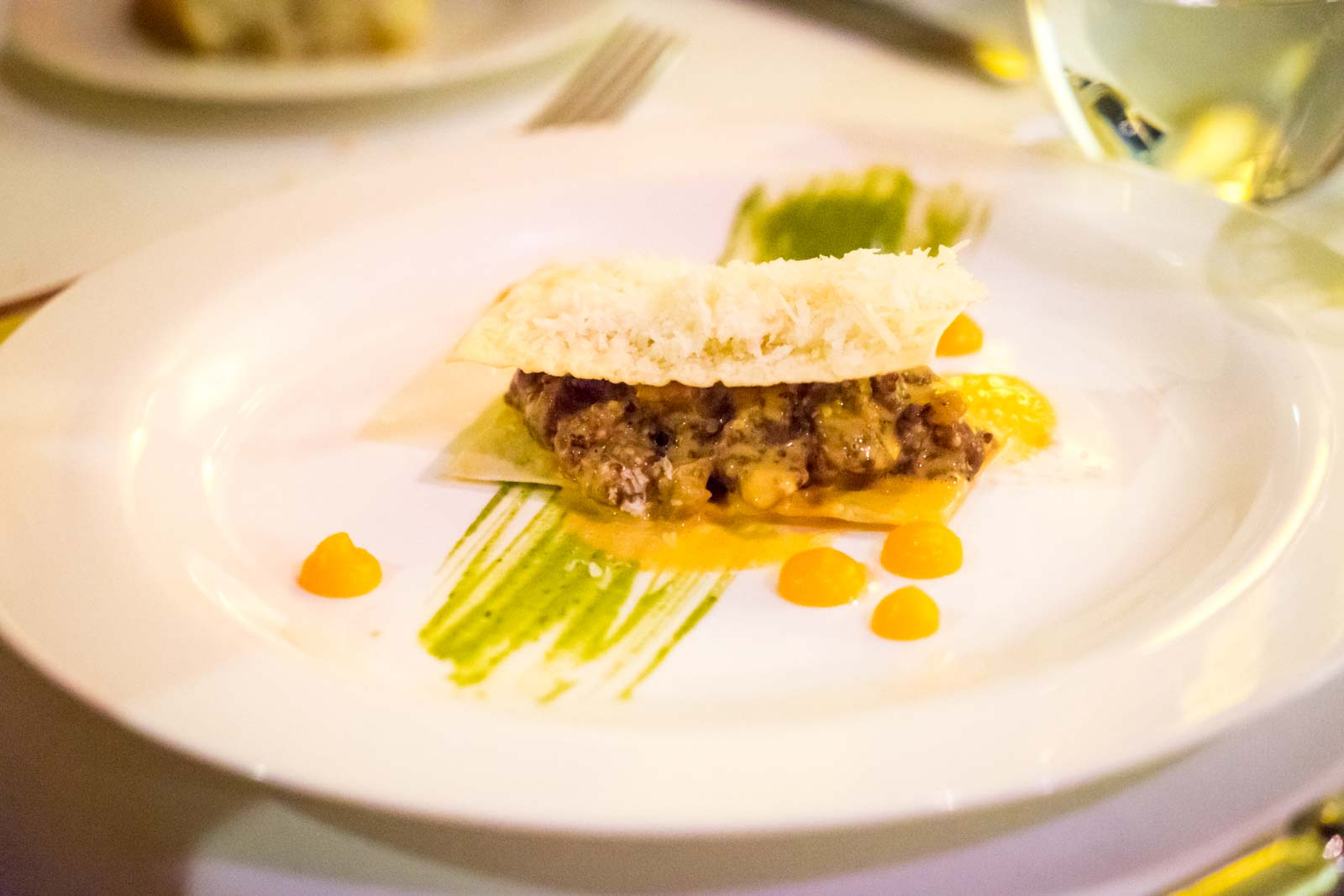 The meal here at Restaurante Locum is also very affordable and offers great value as well. The price for an eight course degustation menu is €40, not including wine.

The other place I want to recommend is called Restaurante El Bodegón. It’s not in Toledeo – in fact, it’s about one hour and twenty minutes drive south.

But it’s quite likely that you would want to explore the countryside and some of the smaller towns in the region of Castilla-La Mancha while you’re here and this is a perfect place to stop for lunch. The restaurant is run by two brothers who create a great atmosphere. As one of them tells me, “my mother says to live life is to live in La Mancha” and she has clearly passed that on to her sons.

The food here comes across as very modern with interesting techniques. Although there is a traditional origin to each of the courses, they are almost unrecognisable because of the way they have been adapted.

It is a delicious and adventurous journey through the region’s food. 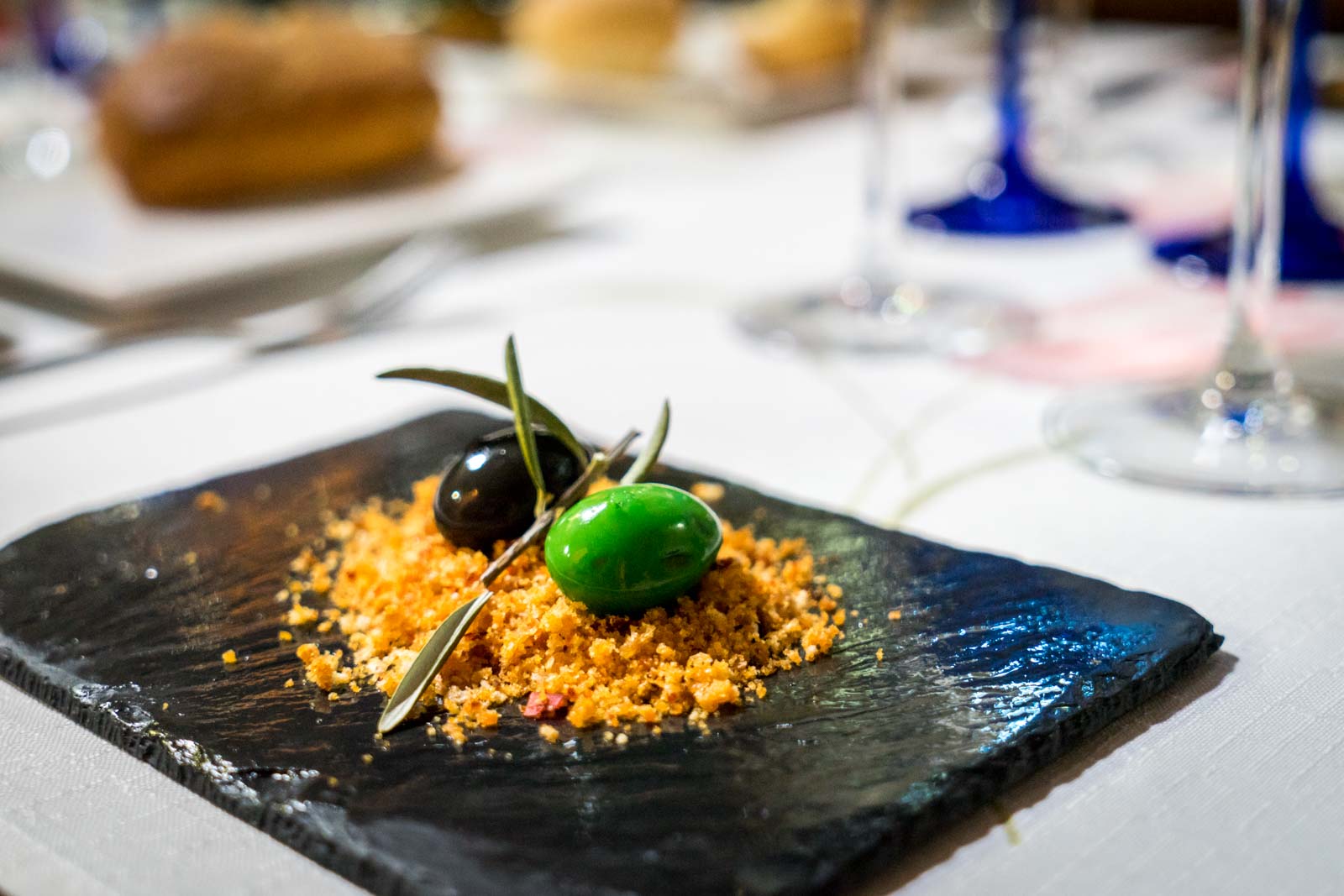 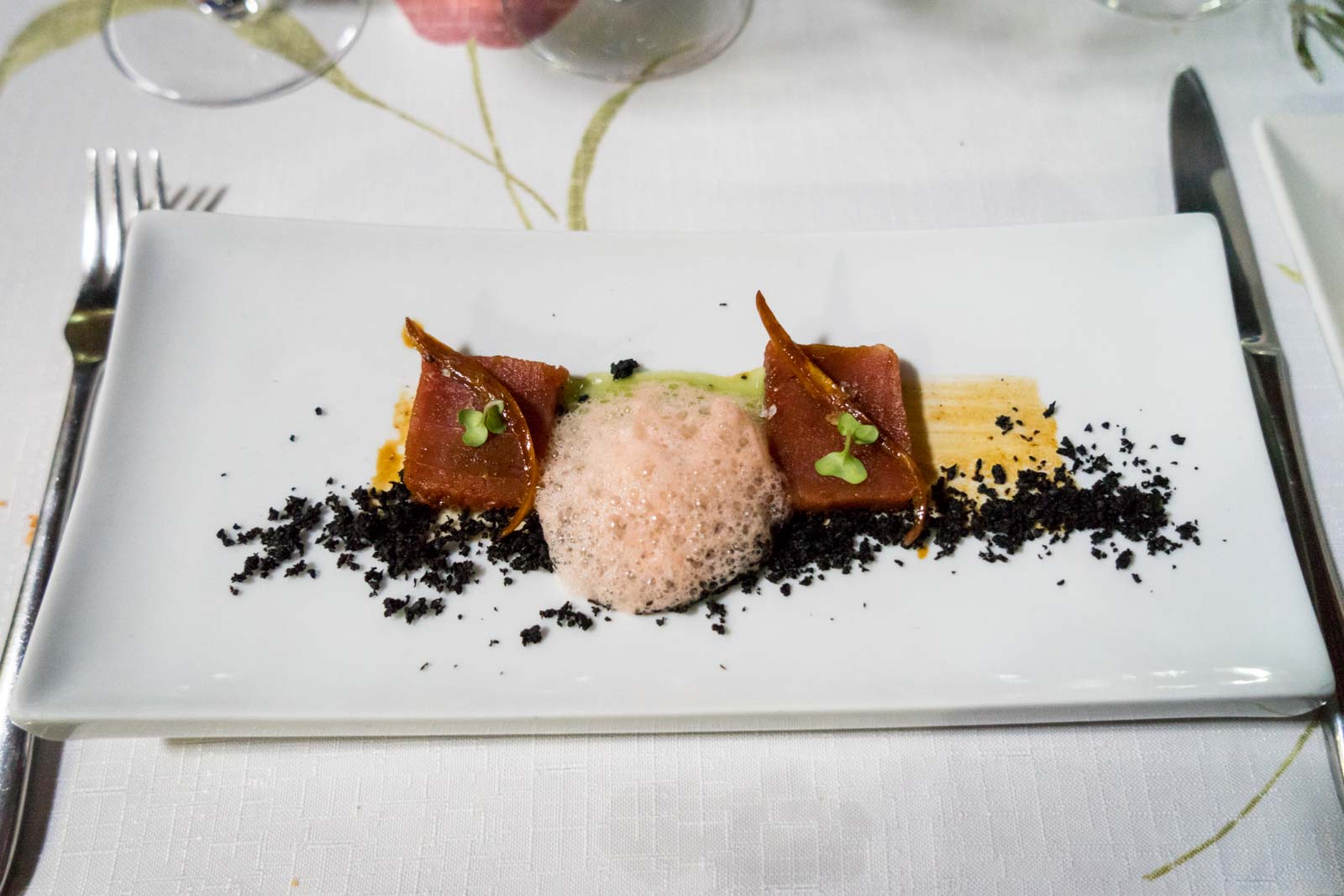 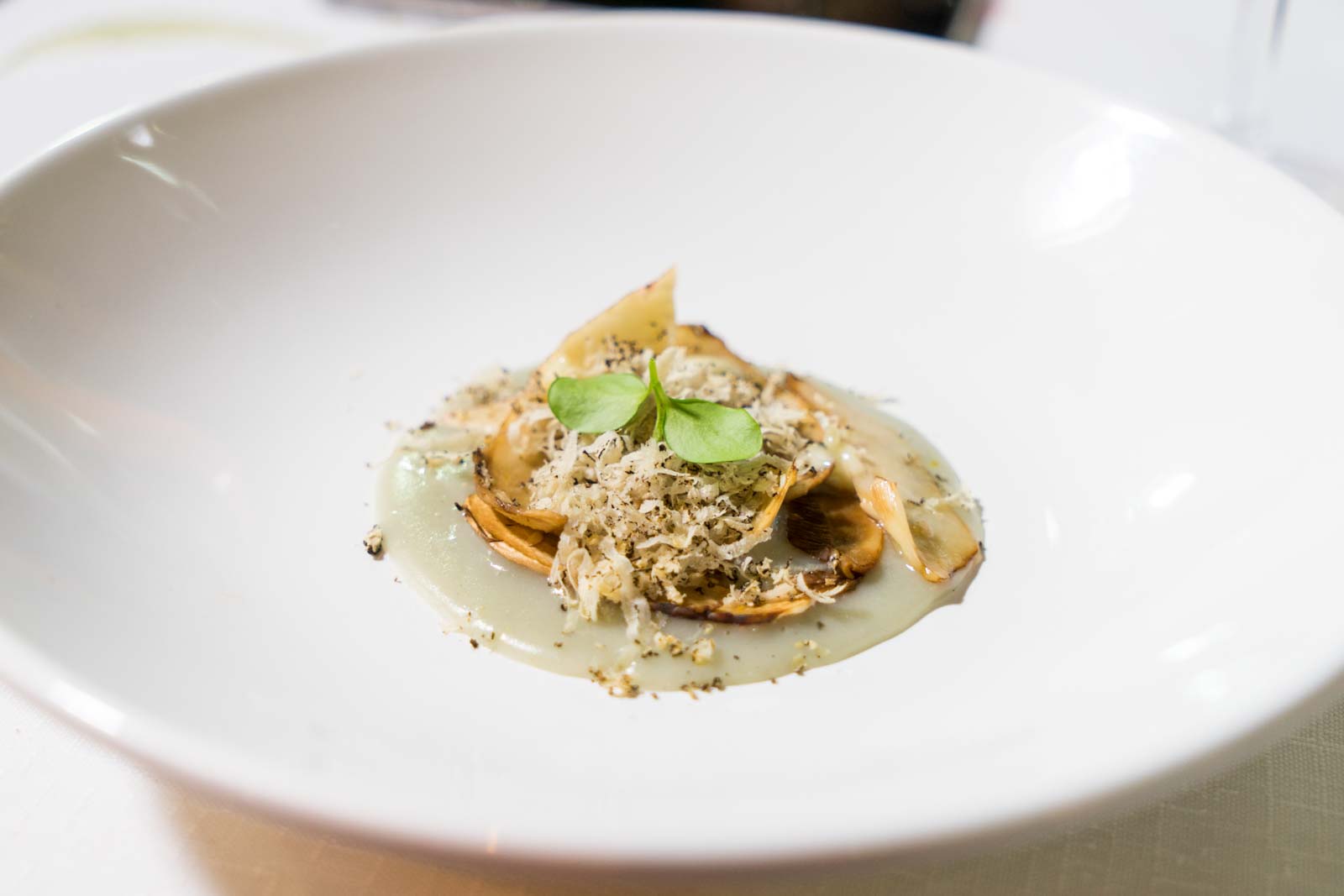 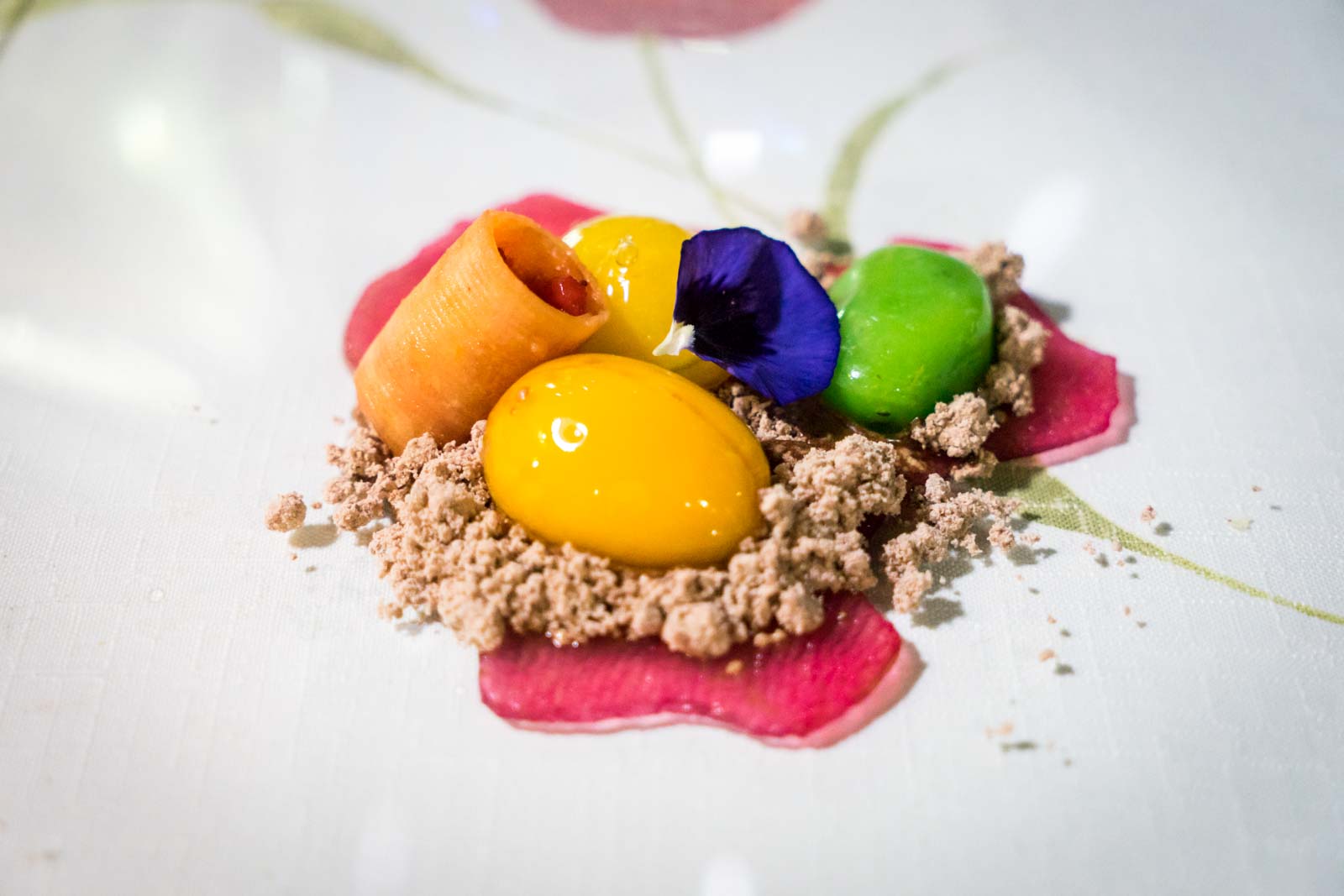 The price for a tasting lunch at Restaurante El Bodegón is €44. To add a wine pairing for each course, it’s an extra €20.

There are so many sights – natural and historic – to see in and around Toledo. You may want to spend a few days here sightseeing or exploring the region and I’ll be writing soon about some suggestions for where to go.

But maybe you just want to come and eat. There would be nothing wrong with that… after all, it seems to be the Spanish way!

For accommodation, I stayed at the Fontecruz in the centre of Toledo.

Time Travel Turtle was supported by Castilla-La Mancha Tourism in partnership with iambassador but the opinions, over-written descriptions and bad jokes are his own.