If you were going to build a movie set that looked like an old medieval town, this is what you would end up with.

The maze of cobblestone streets, timber buildings peering over them, different colours everywhere and a church perched high on a hill. 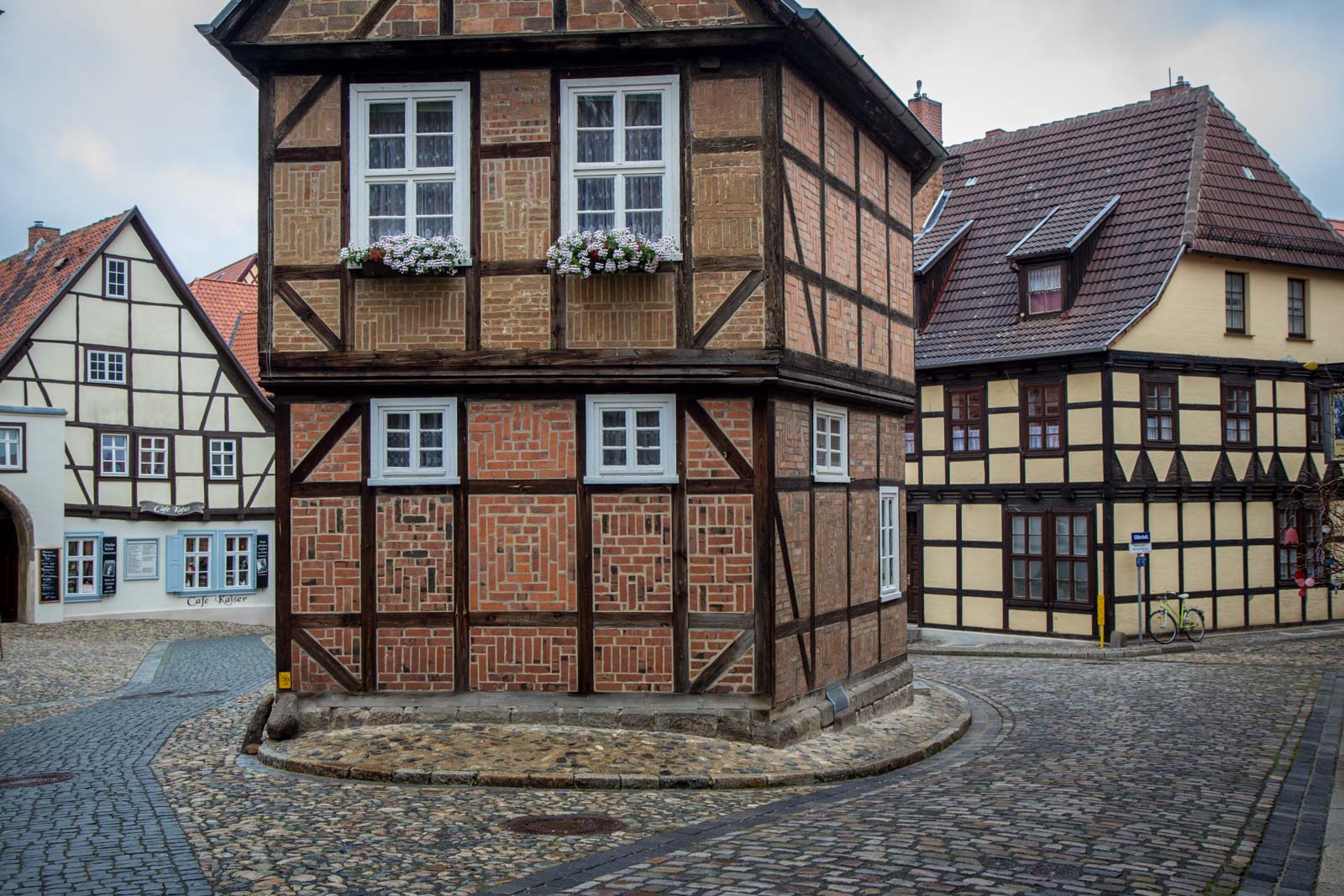 You can imagine cameras on cranes sweeping across the marketplace, a catering truck hidden just out of shot near one of the town’s gates, a director shouting ‘cut’ as men in costumes ride their horses out of shot. 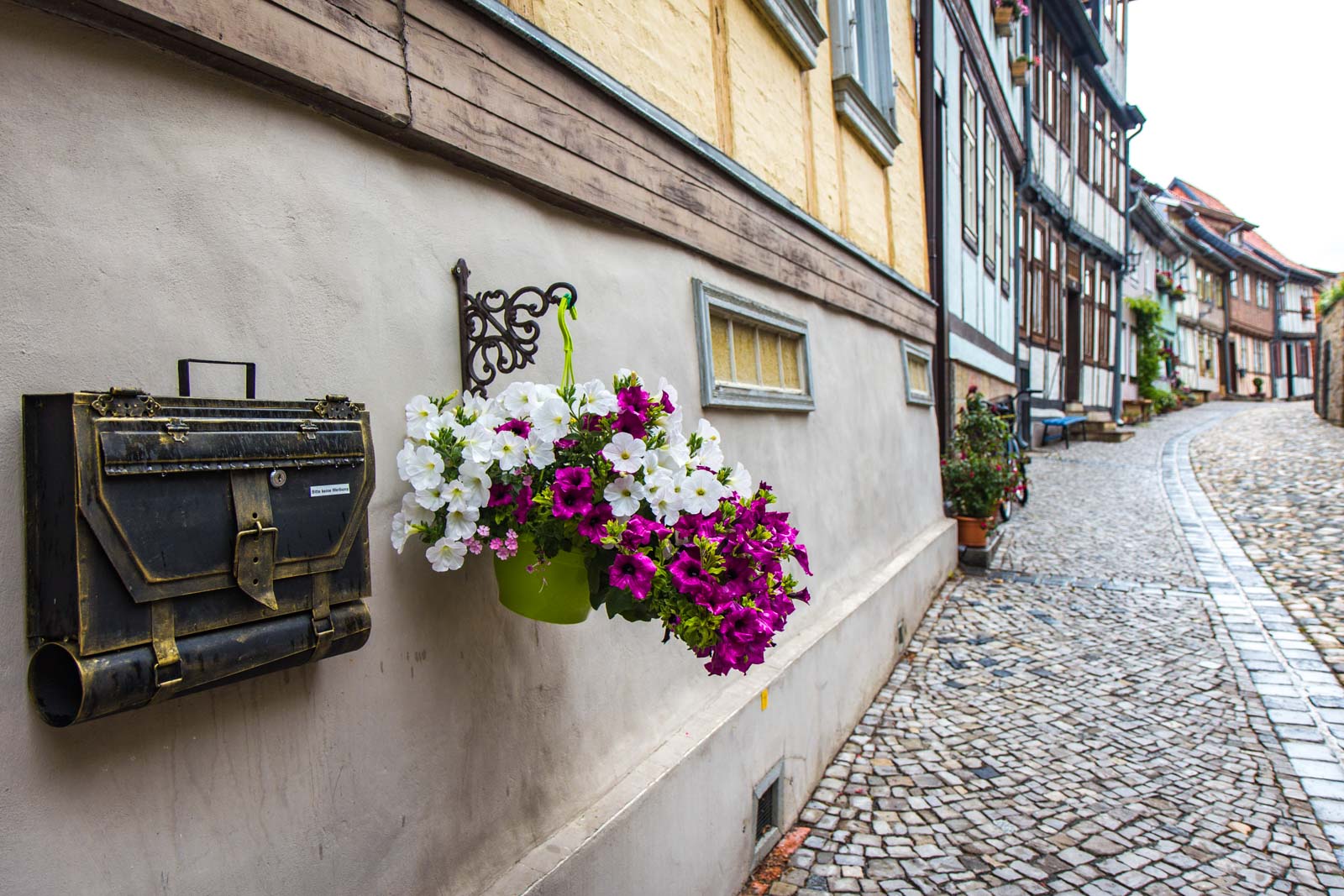 Everything is just so perfect, I think to myself as I wander through the town. But this is not a movie set, this is not a theme park or some artificial history world.

This is the German town of Quedlinburg and it has been like this for centuries. 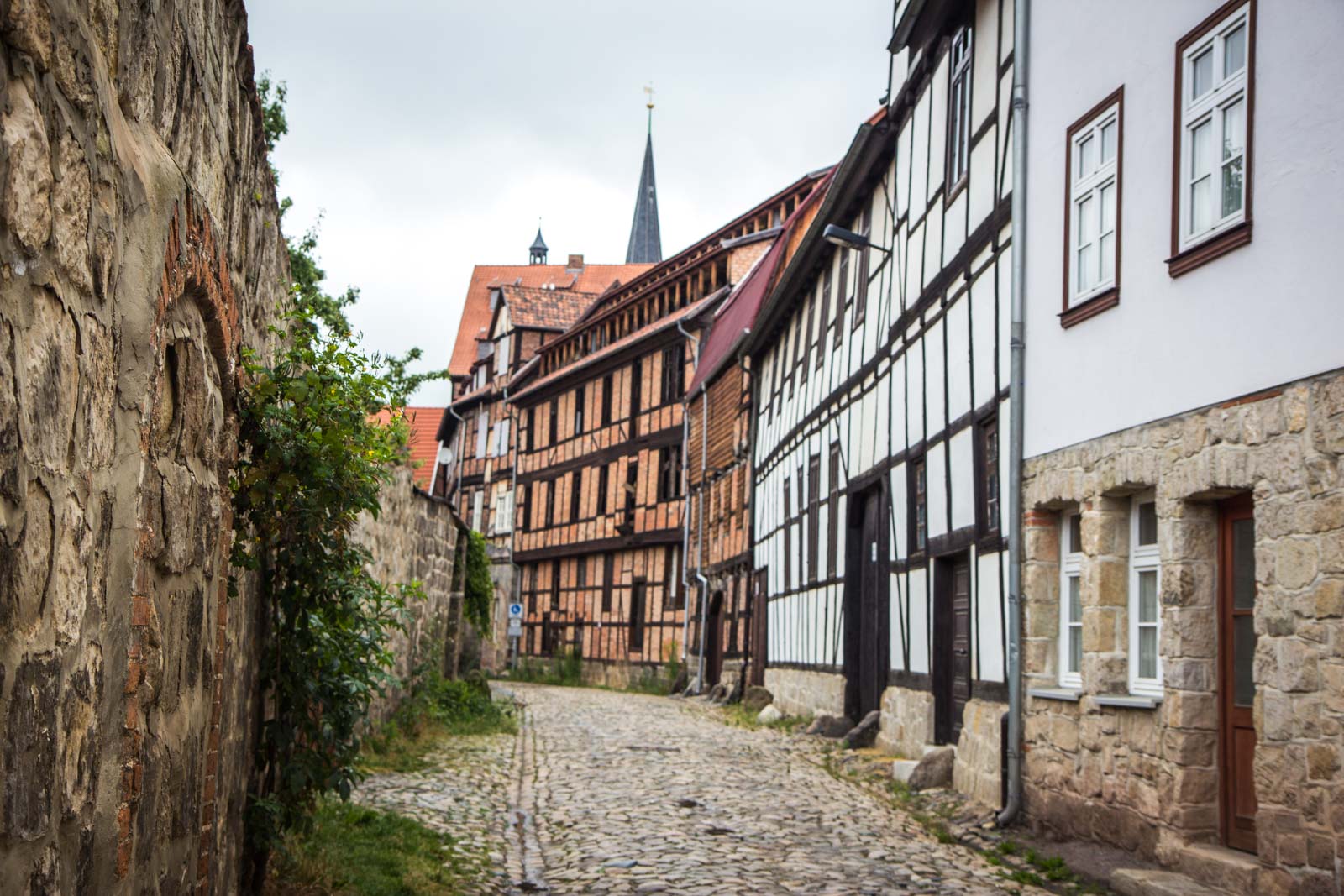 The town wall was built in 1330 and has been preserved since then. It means the authentic Middle Ages urban layout has hardly changed in the 700 years that have passed.

The street pattern is a near-perfect representation of the way a medieval town developed and can be used by historians to study how other similar towns in this part of the German Empire probably looked. 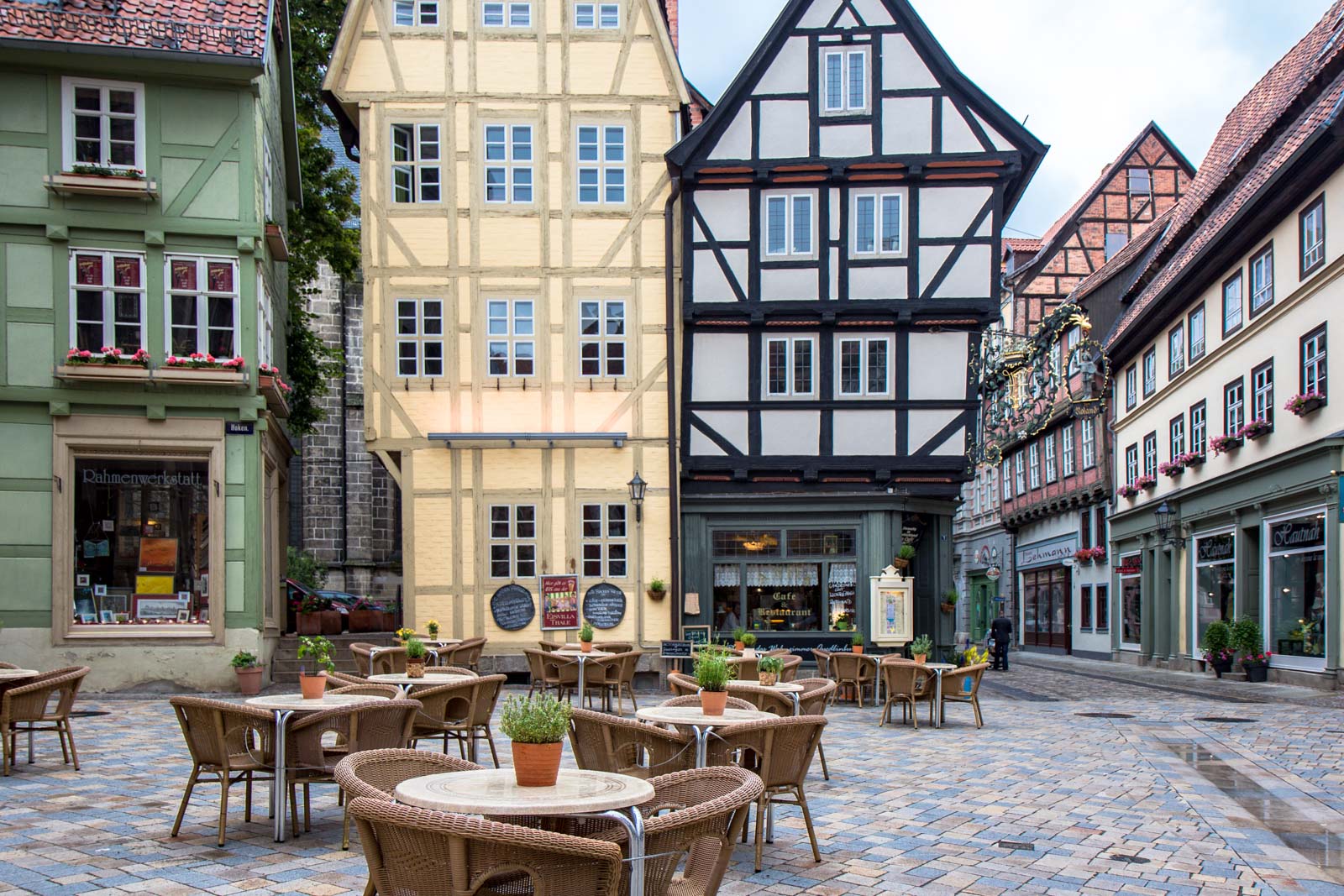 For the average visitor, though, understanding the layout of the streets is probably most useful to avoid getting lost.

As I wander through without a map, I lose my sense of direction a few times. Quedlinburg is not overly large and it’s easy enough to find something that helps with my bearings. 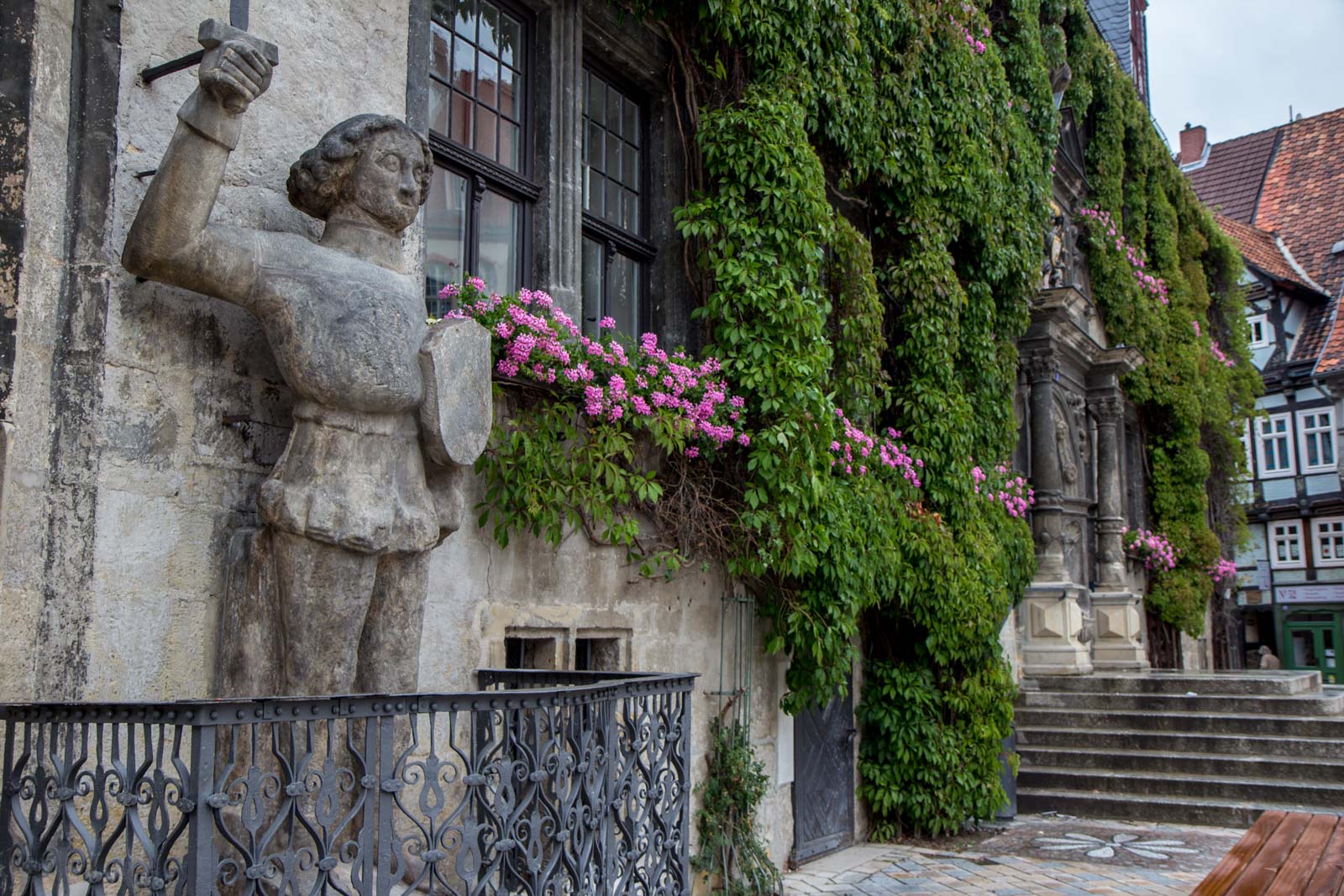 Not that I mind getting lost. Each new street has something else to look at. The timber-framed houses are each beautiful in their own way with the exposed beams and painted walls.

Together, though, in a line, that’s when the colours create wonderful patterns as you walk along in either direction. Everything is so well maintained and so clean, I wonder again whether this is really a town where people live or a movie set made for a sole purpose. Exploring the streets of Quedlinburg is the best thing you can do and, with so many streets going off in different directions, there are lots of different angles and scenes to discover. 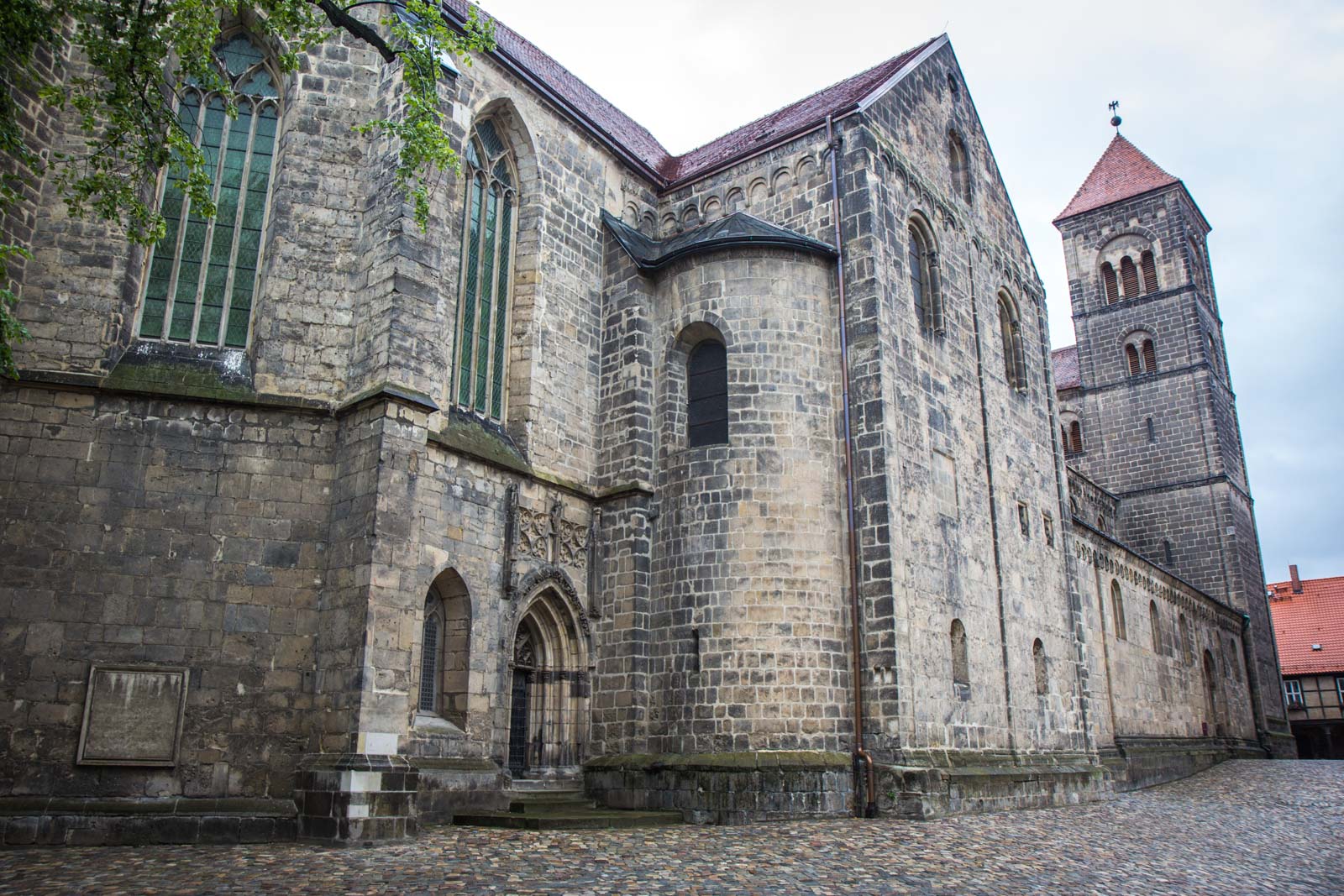 The most important building in the city is the Collegiate Church of St Servatius and it is not to be missed.

Its crypt, with cross vaults, capitals, tombs, and murals, is generally considered to be one of the most significant monuments in the history of art between the 10th and 12th century.

You can get to the church by walking up the hill at the edge of town. The large terraced area at the rear of the building has great views out over the city as well. 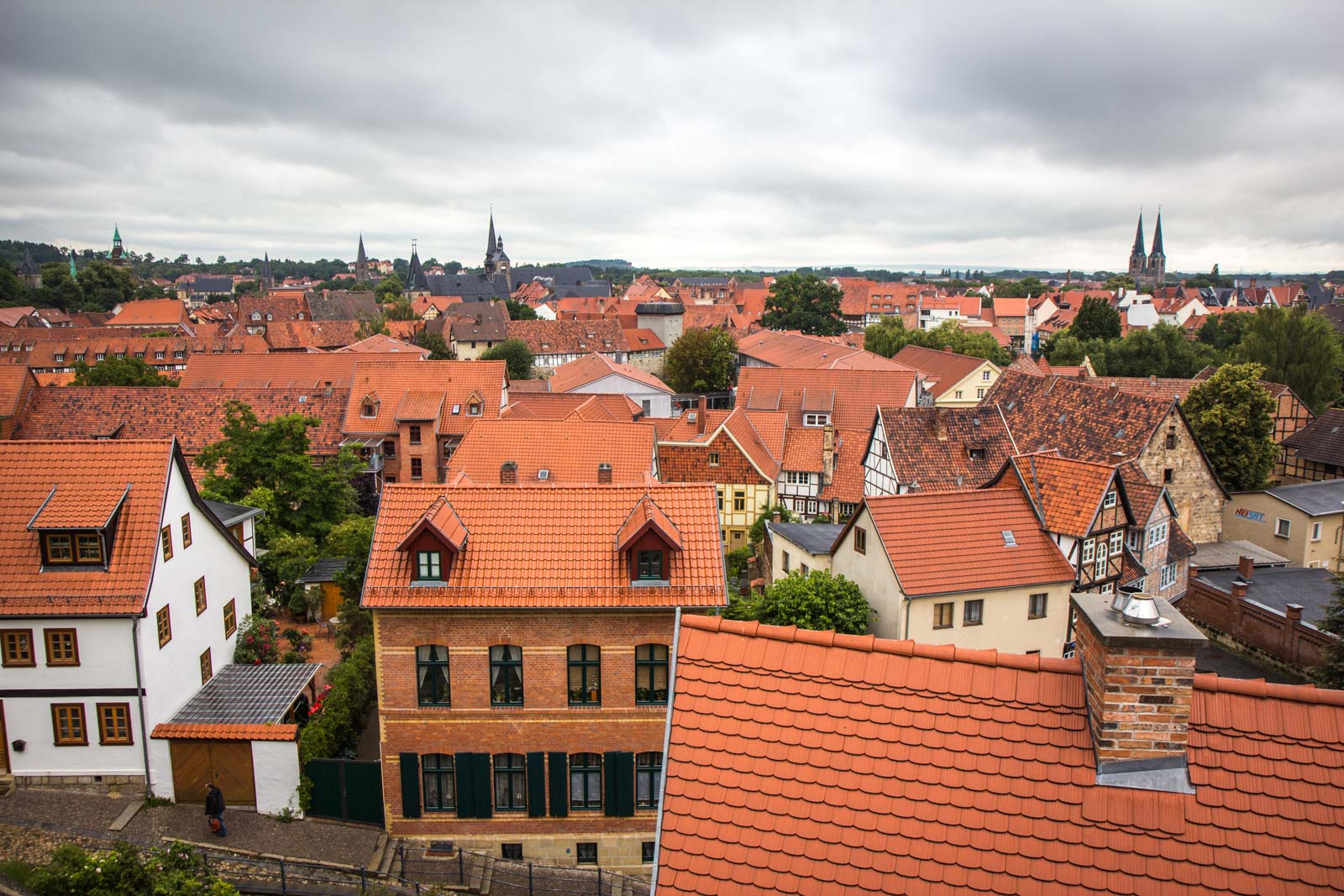 Many people visit Quedlinburg as a day trip but it’s certainly worth staying overnight if you have time.

The centre of town is much quieter than during the day so the early evening is the perfect time to walk the streets and take some photographs without lots of people in them.