The Palaces of Parks of Potsdam, Germany

Not too far from the German capital, Berlin, the Prussian kingdom embarked on the biggest legacy project of its reign.

Over two centuries, Potsdam was transformed into one of the greatest collection of palaces and gardens in the world.

Perhaps it wasn’t a conscious decision to great such a compound of lasting grandeur, though. At the time, it was about an odd mix of expressing power and creating a personal sanctuary.

It started with King Frederick II in the middle of the 18th century who wanted a palace to rival Versailles.

He built Sanssouci, which is still today the highlight of Potsdam. In reality, it’s a mere summer villa compared to the French palace it was based on – the name, meaning ‘no worries’ show that it was more about relaxation than statesmanship.

But its intricate design in the Rococo style and the heavily-landscaped approach to it show the importance placed on the site as a symbol of the leadership. 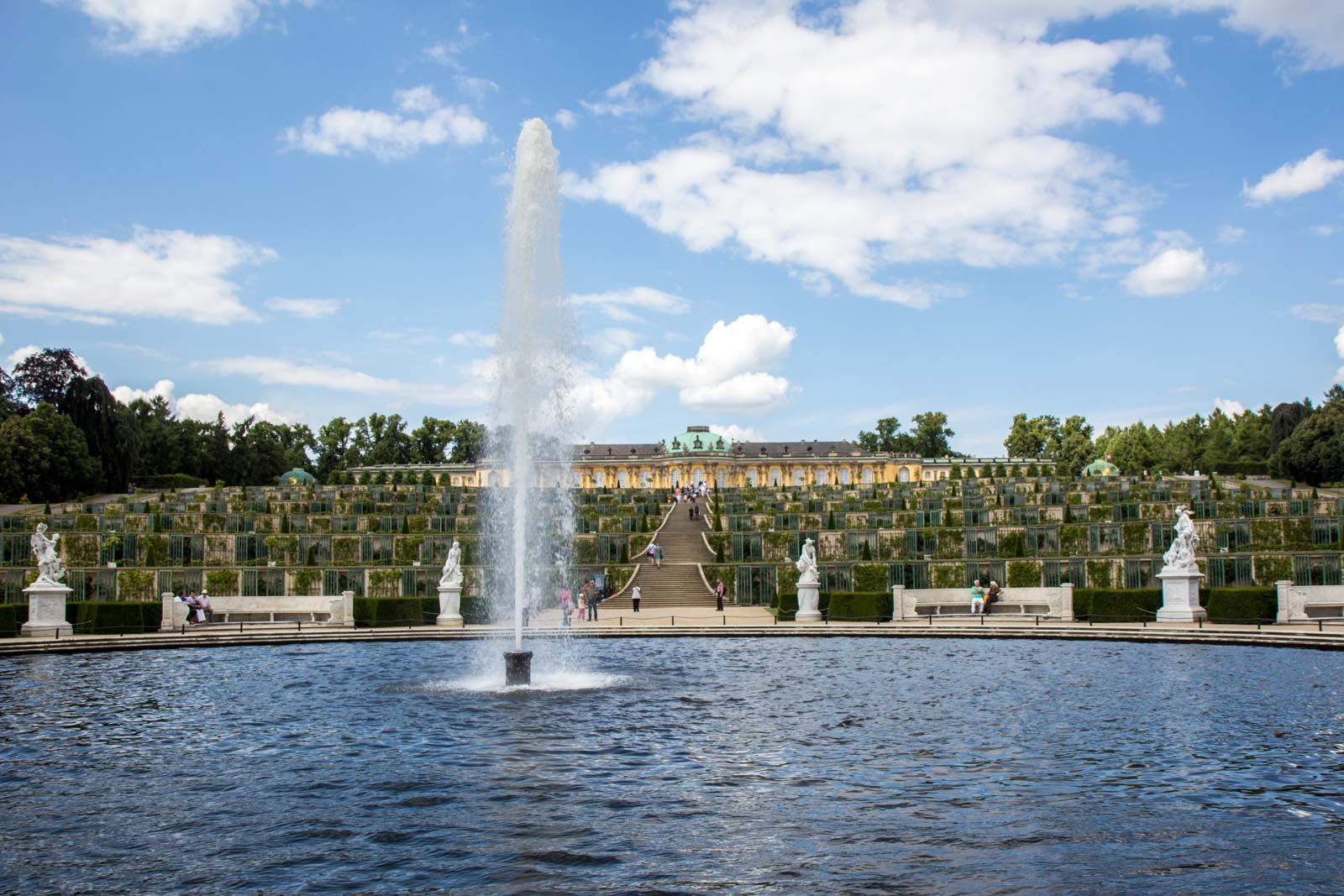 Frederick II built a larger palace twenty years later called New Palace which, from appearances, is much more the style of building you would expect from a major European leader.

It is three stories high with large and long wings on each side. A central dome gives the building even more height.

Inside are majestic interiors including the Marble Hall and a Palace Theatre. 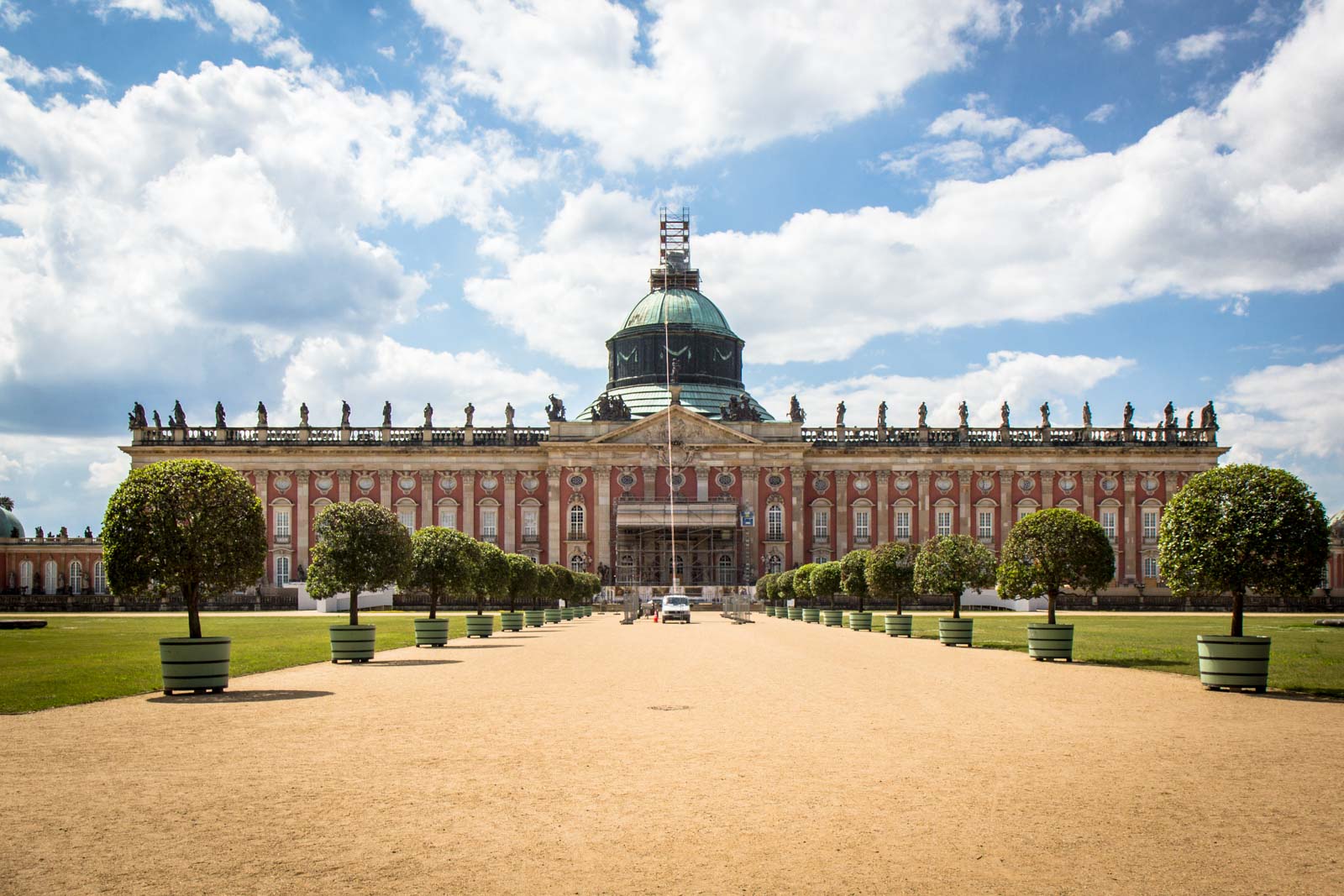 New Palace was used only occasionally for official events and for hosting dignitaries. The king preferred to spend his time at the more relaxed Sanssouci where he entertained close friends and looked after his beloved greyhounds.

While Frederick II was a mighty military ruler and enthusiastic patron of the arts, it seems that, on a personal level, he preferred a more private life. Potsdam was his refuge. 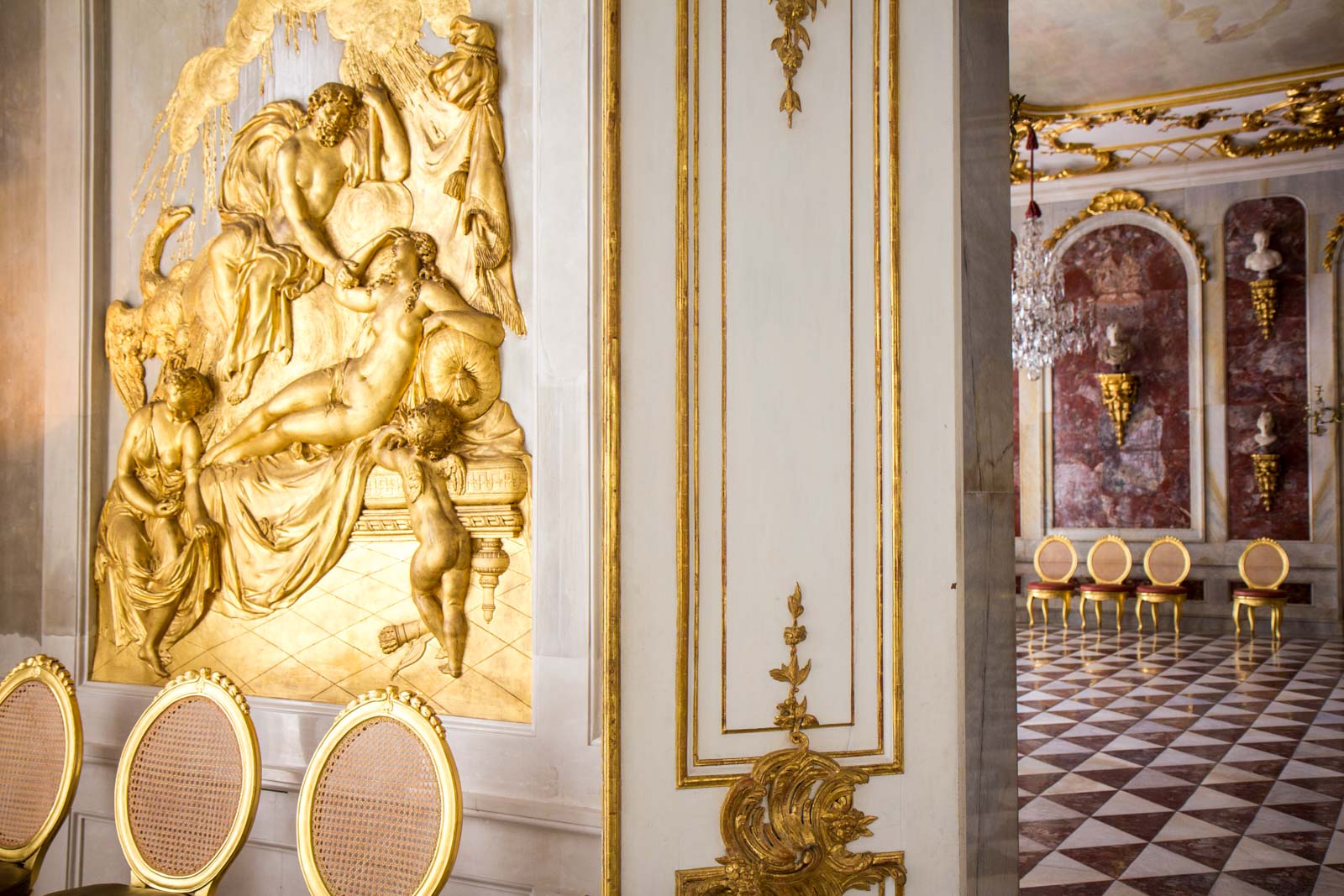 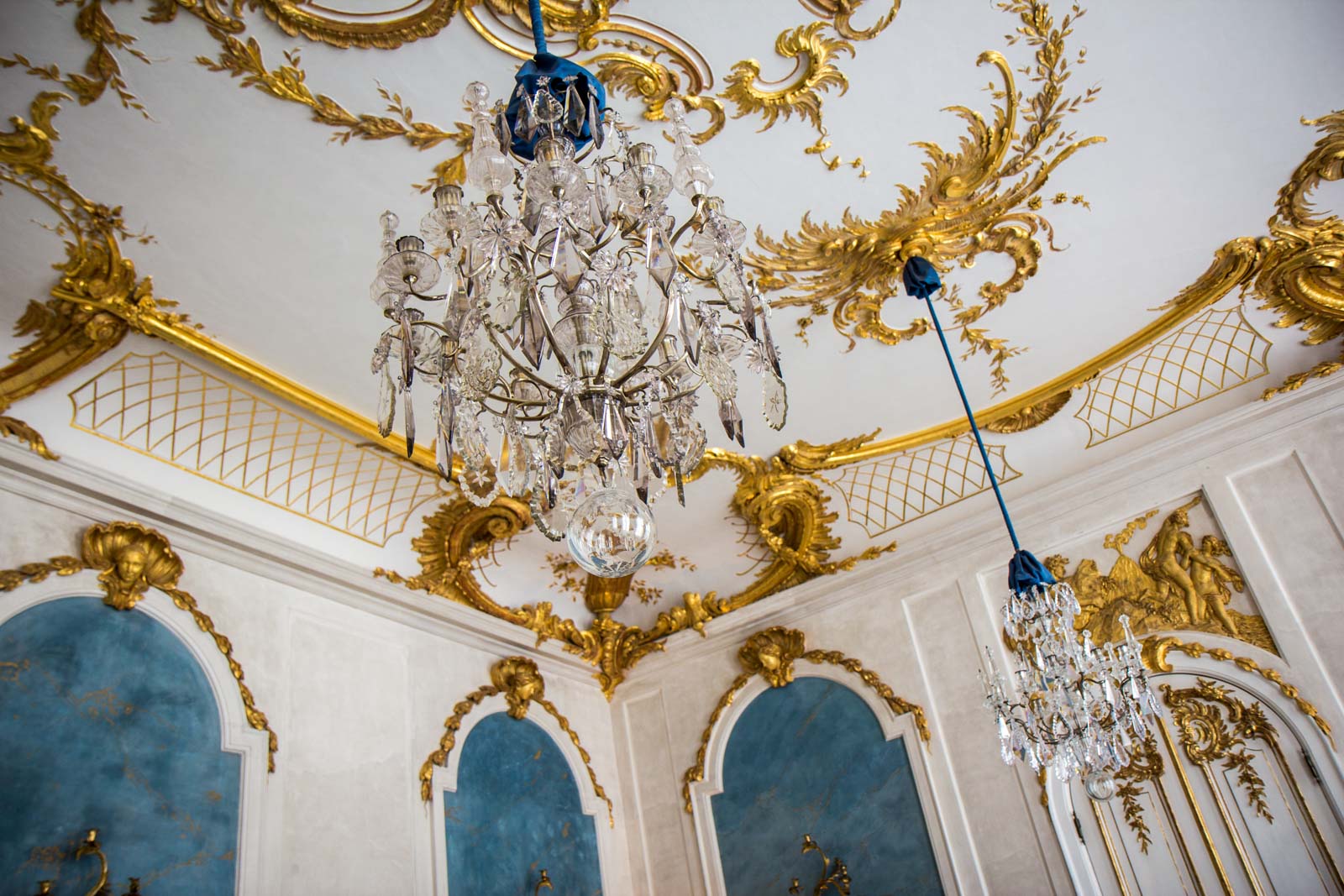 For almost than 200 years – until 1916 – the enormous Potsdam estate grew. Successive leaders built more palaces in the area and each tried to add their own mark and create something suitable spectacular.

While nothing ever rivalled the size of the New Palace (and arguably the beauty of Sanssouci), they all add together today to create a small garden kingdom. 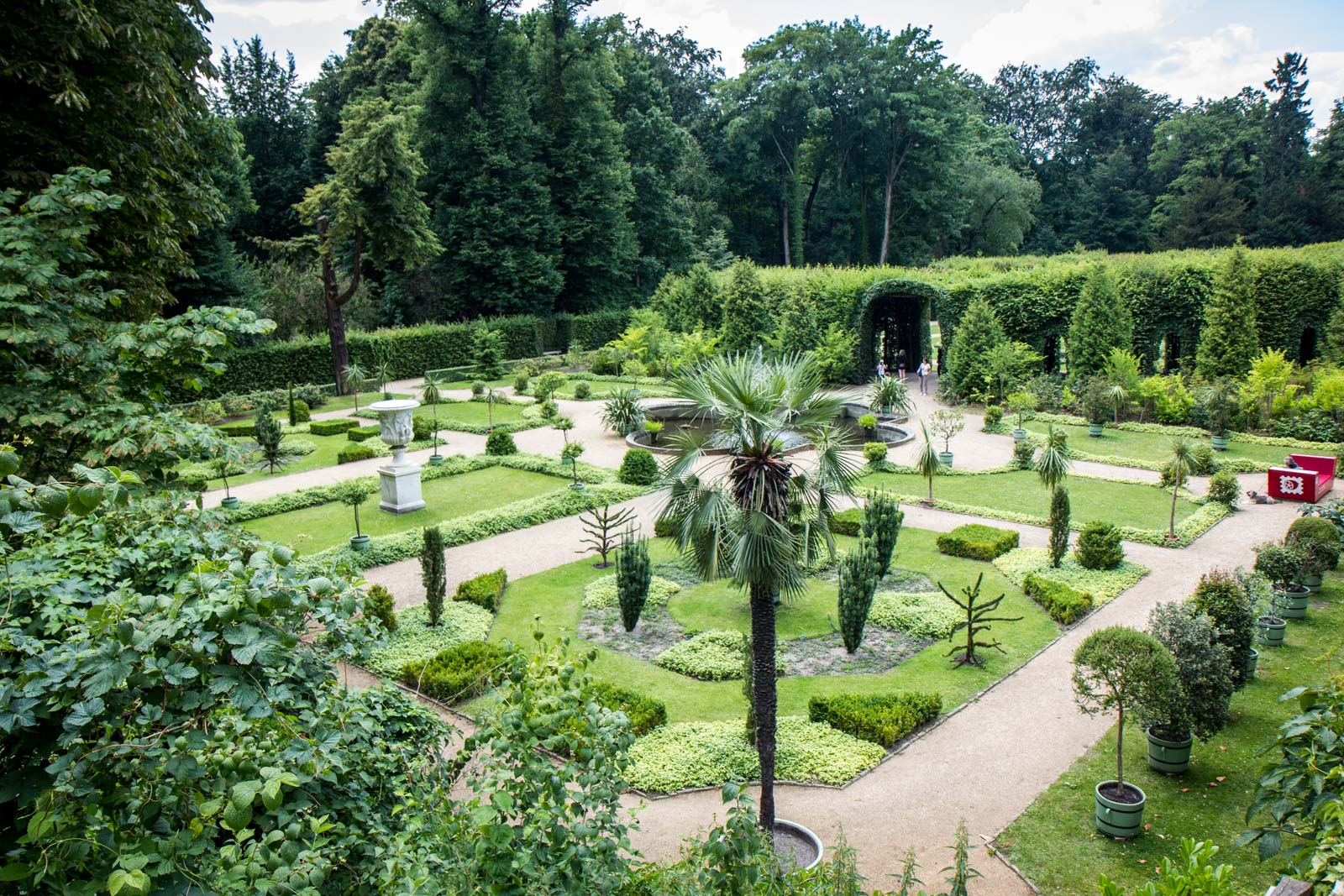 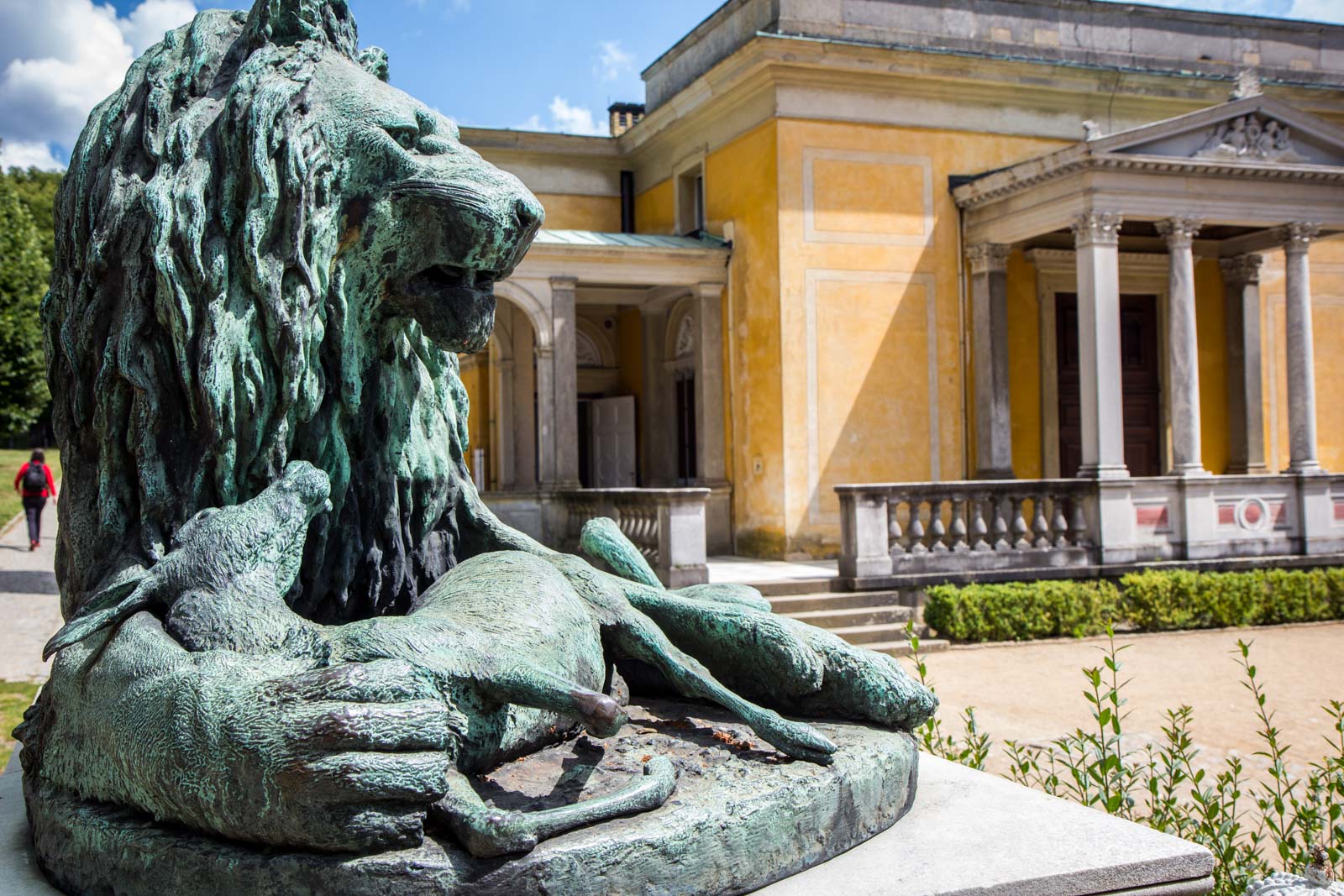 Visiting the Palaces and Parks of Potsdam

More than two million people a year visit Potsdam but, luckily, there’s enough to see that it doesn’t feel too crowded.

The whole area is about 500 hectares large and it’s possible to walk through the parks and the gardens and see the exteriors of the buildings for free. 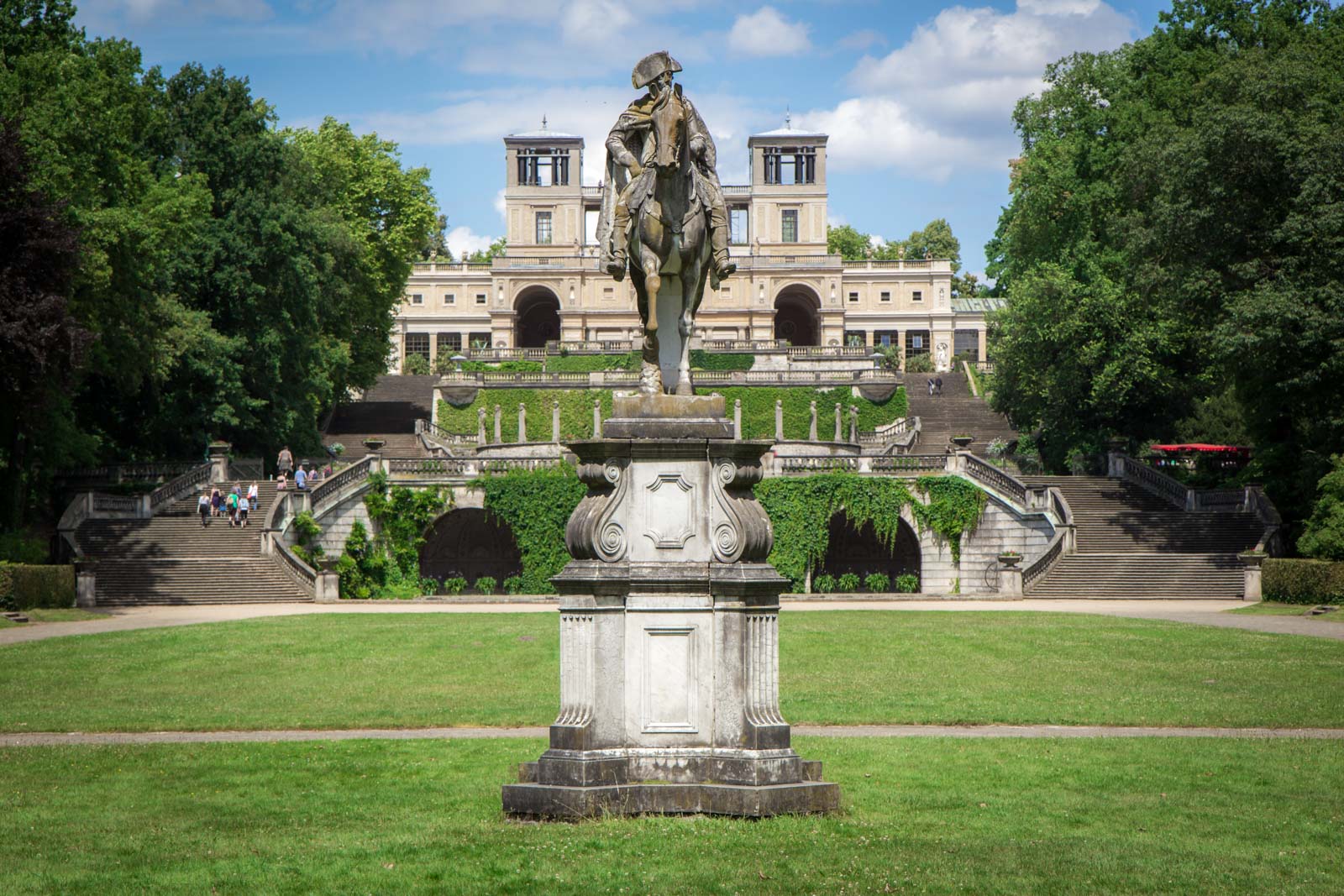 You need to buy a ticket to go inside most of the palaces. Because Sanssouci is so popular, you’ll be allocated a timeslot for a tour. It’s better to get to the site early if you are short of time, otherwise you may miss out. Aside from Sanssouci and New Palace, the highlights are the Orangery Palace, Charlottenhof Palace, and the New Chambers.

It can easily take all day to see them properly and also stroll through the gardens.

As Potsdam is just a short train trip from Berlin, my recommendation would be to allow the whole day to explore.

Sanssouci Palace is located at:
Maulbeerallee, 14469, Potsdam, Germany.
You can see it on a map here.
The Sanssouci Palace is open at the following times:
November – March: 1000 – 1700
April – October: 1000 – 1800
The palace is closed on Mondays.
The entry for just Sanssouci Palace (with a guide) is €12 for an adult and €8 for a concession.
But you can also buy a ticket for entry to all of the Potsdam palaces, including Sanssouci. That costs €19 for an adult and €14 for a concession.
To get to Sanssouci Palace, catch the train to Potsdam and then take the bus number 695 to the site, which takes about 20 minutes.
Yes, there are lots of tours of Potsdam. Most of them cover just the grounds and the city, not the inside of the palaces, though.
I would recommend this group tour that leaves from Berlin.
There is also this private tour of Potsdam, if you prefer.

There are a heap of great budget options in Berlin. I would suggest trying either Wombats City Hostel or Generator Mitte.
If you are looking for a nice hotel that is not too expensive, two of my top tips in the centre of Berlin are Arte Luise Kunsthotel and Hotel Big Mama.
Berlin also has some incredible design hotels. If you're looking for somewhere really cool, I would recommend starting with Cosmo Hotel Berlin Mitte or Das Stue.
And if you would like luxury, I would suggest the modern The Mandala Hotel or the more classic Hotel Regent.
The timeslots for Sanssouci Palace can fill up quickly so it’s a good idea to get to the site early and reserve a space – then explore the rest of the area. Or you can book online in advance.
You can find out more information at the official website for the Potsdam Palaces.