Just outside the city, though, the natural disaster has had an unexpected benefit.

The swamplands surrounding the city are an important biological microcosm, home to dozens of species of animals.

When the waters rushed through the area in 2005, there was significant damage – but that damage was nature’s way of cleansing the ecosystem. 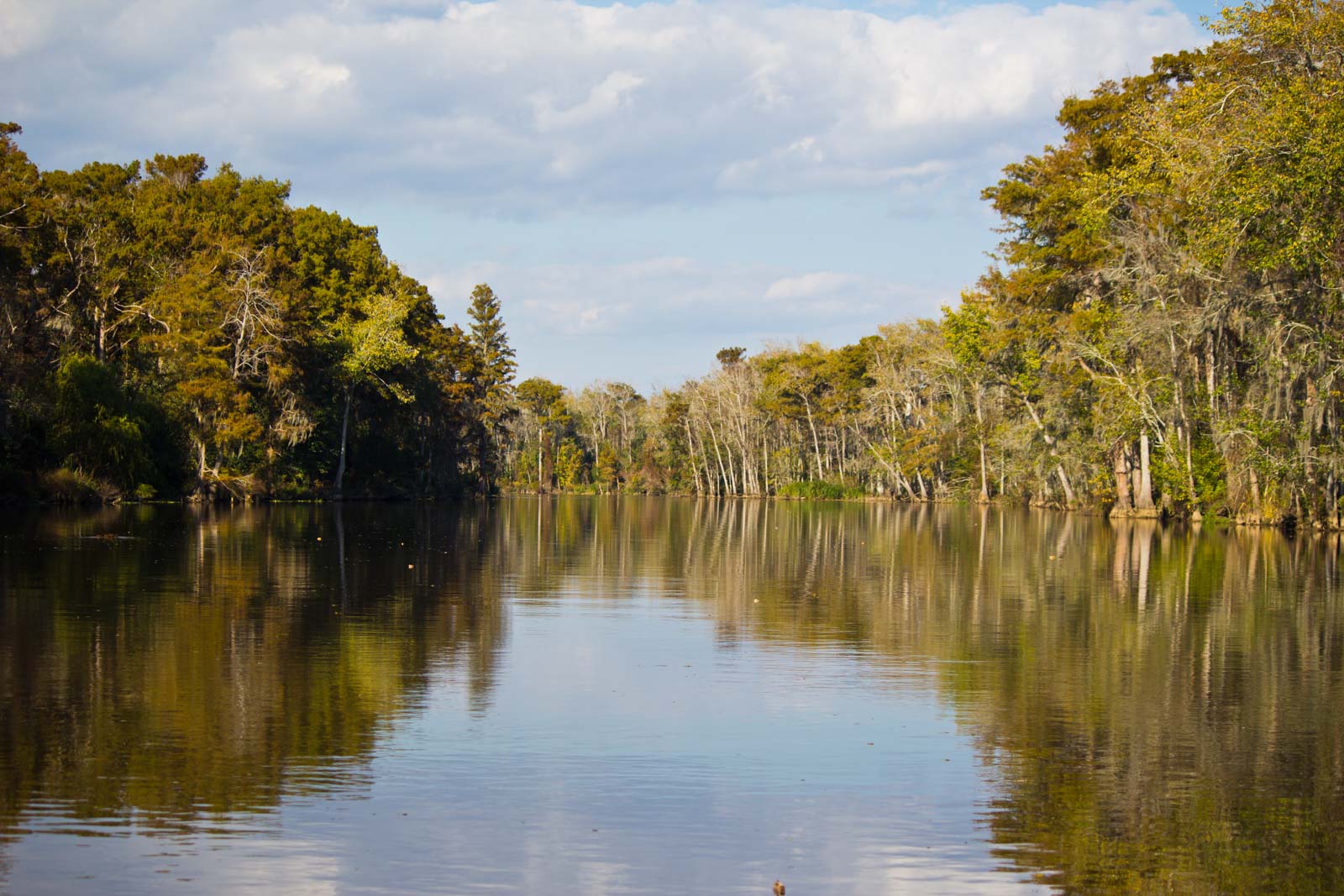 As I discovered on the swamp tour, a large tract of trees and bushland was washed away by the storm surge but in its place a safe and inhabitable area was created for the smaller animals of the water system.

We all know how the food chain works – this means that the slightly larger animals suddenly had a steady food supply and the even larger animals were guaranteed meals as well. 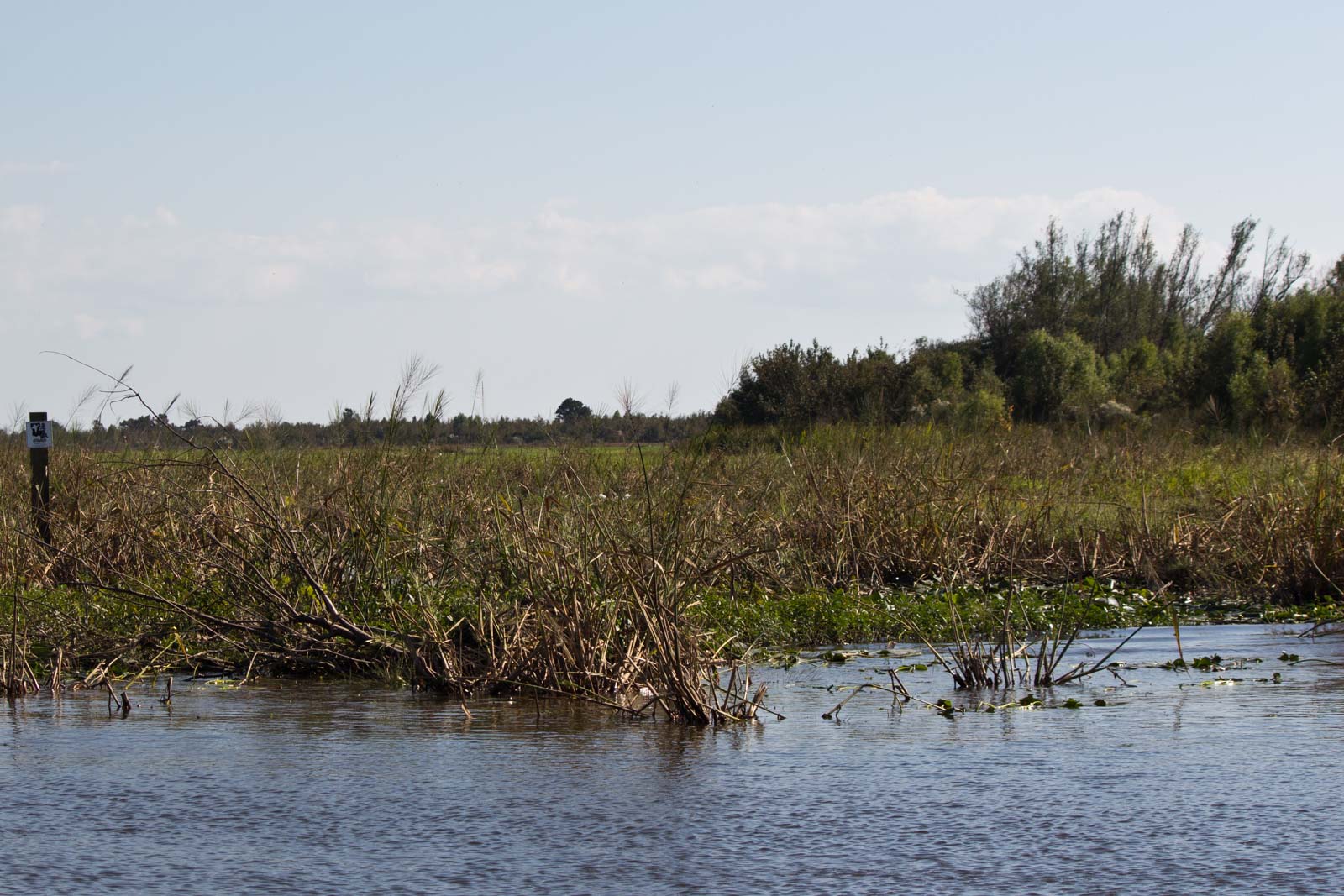 The only species in the swamps that didn’t cope well with the floods was the humans.

Homes were washed from the riverbanks; fishing boats were pulled from their moorings and sent careening into the gulf; and sadly some local residents drowned in the swell. 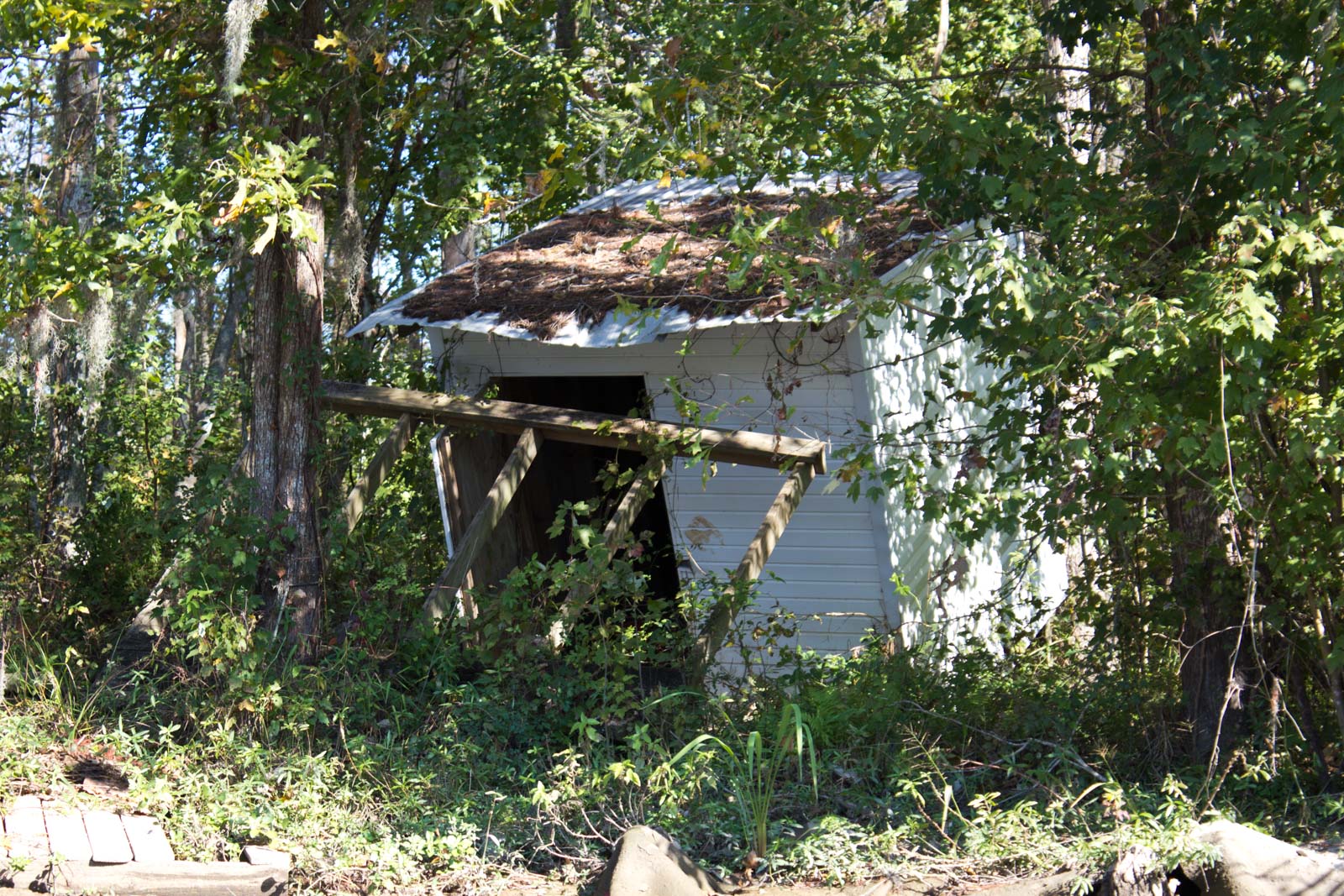 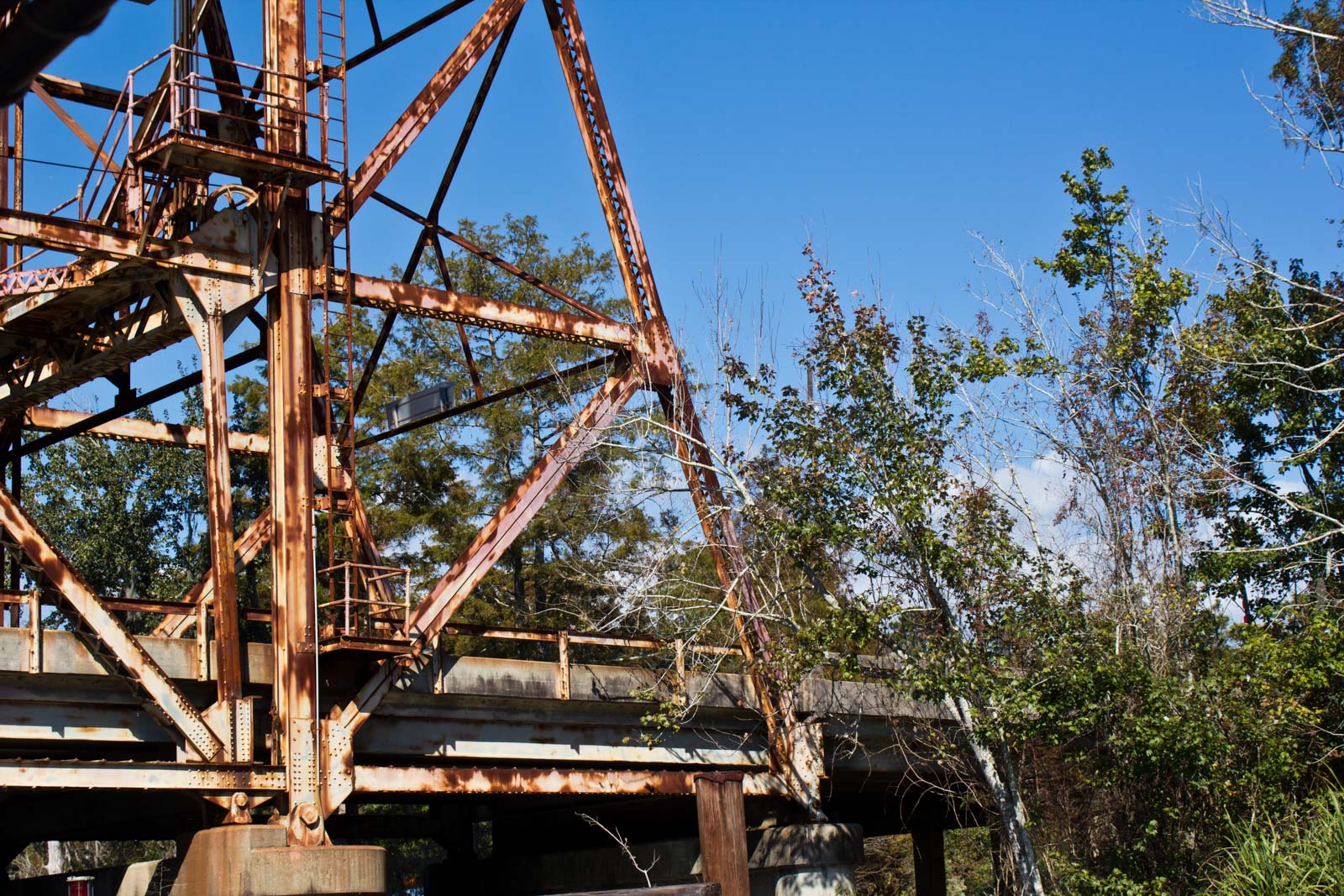 It reminds me a lot of the bushfires we have become accustomed to in Australia. Those walls of flames beat their way indiscriminately across vast tracts of land but, where humans count the losses, nature counts its blessings.

The heat brings cleansing and rejuvenation to the land… it’s us who are left to suffer through the destruction.

To tour the swamplands of Louisiana today is to experience the richness of nature, as aided by Hurricane Katrina. We potter along the water in our tin boat, our guide Mike at the helm.

On the banks, alligators sun themselves. Some slowly slip back into the water as we come closer, others seem too content in their basking to bother with our presence. 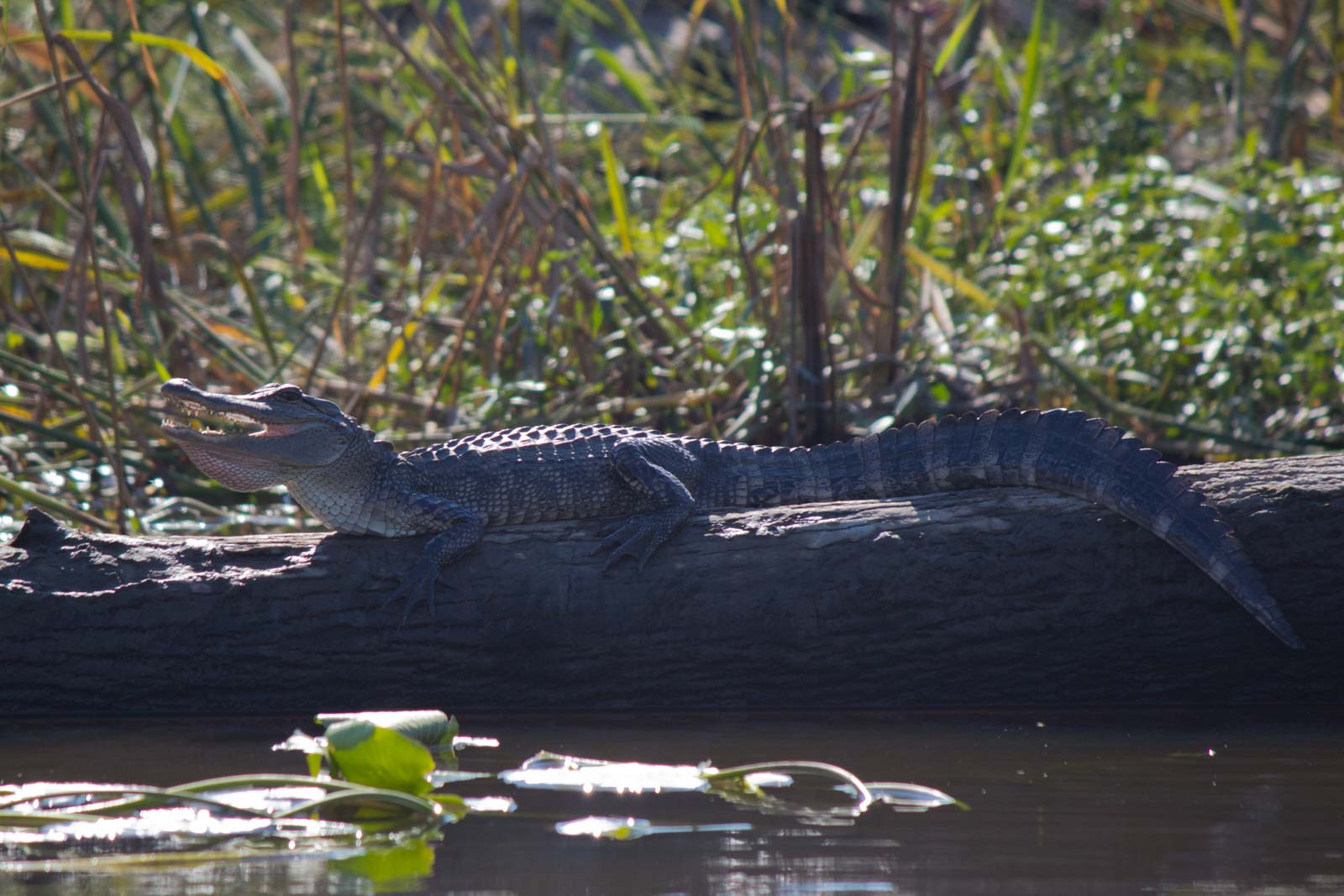 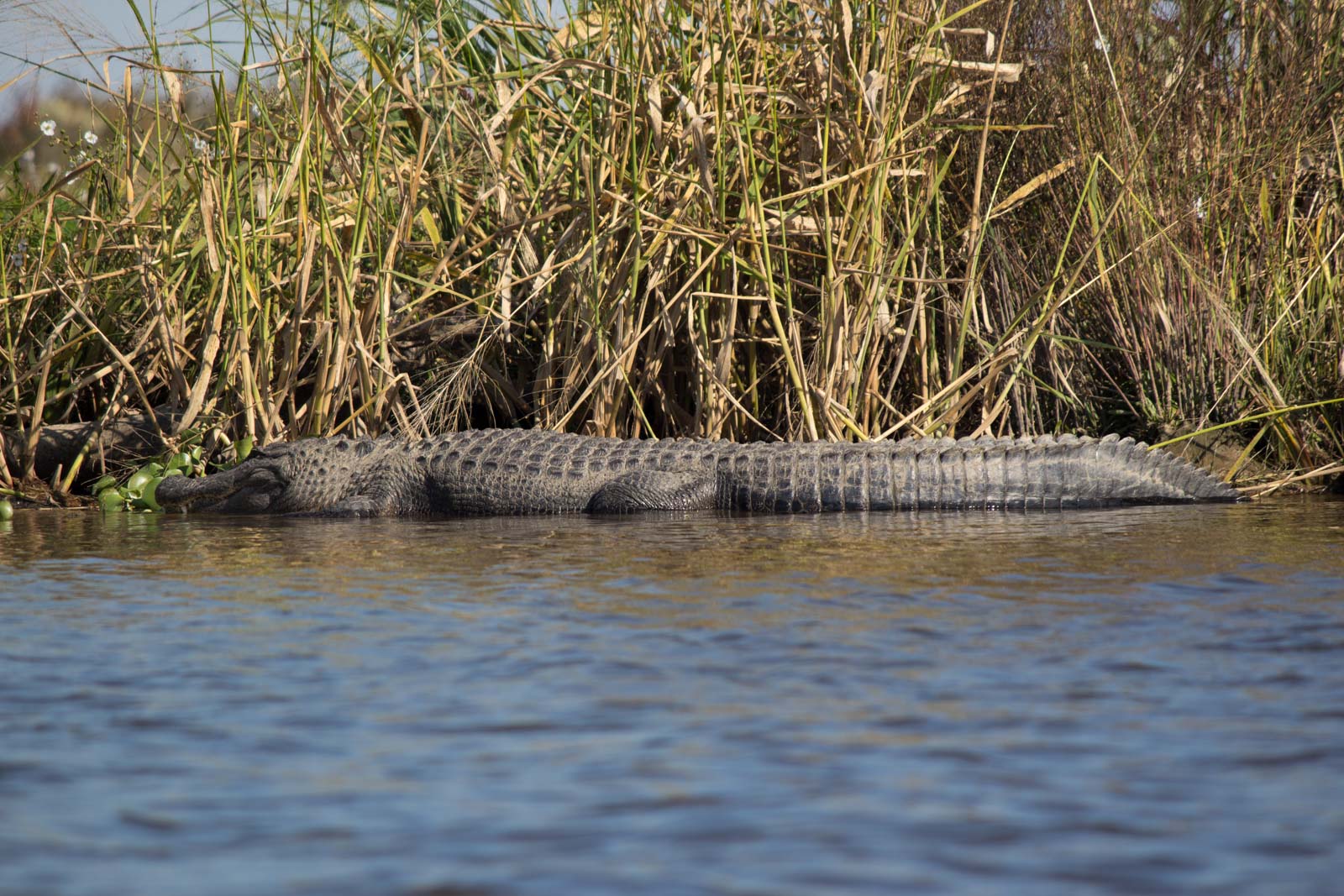 Water birds fly overhead, perch by the riverside, or dive into the water seeking food. Turtles sit on rocks or swim in the shallows.

At one point a fish jumps right into our boat and, after a fair bit of slimy flipping, is eventually captured and thrown overboard. 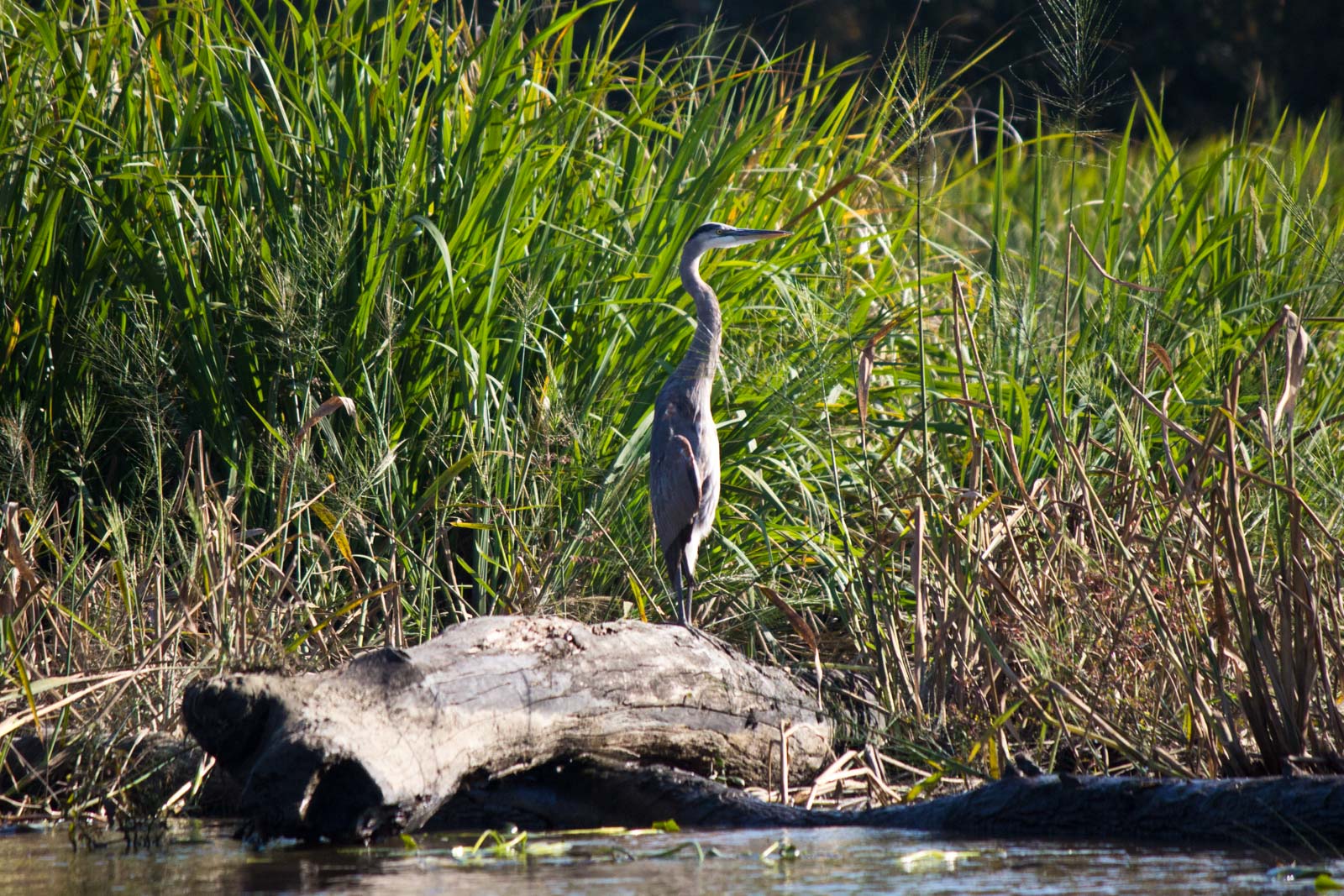 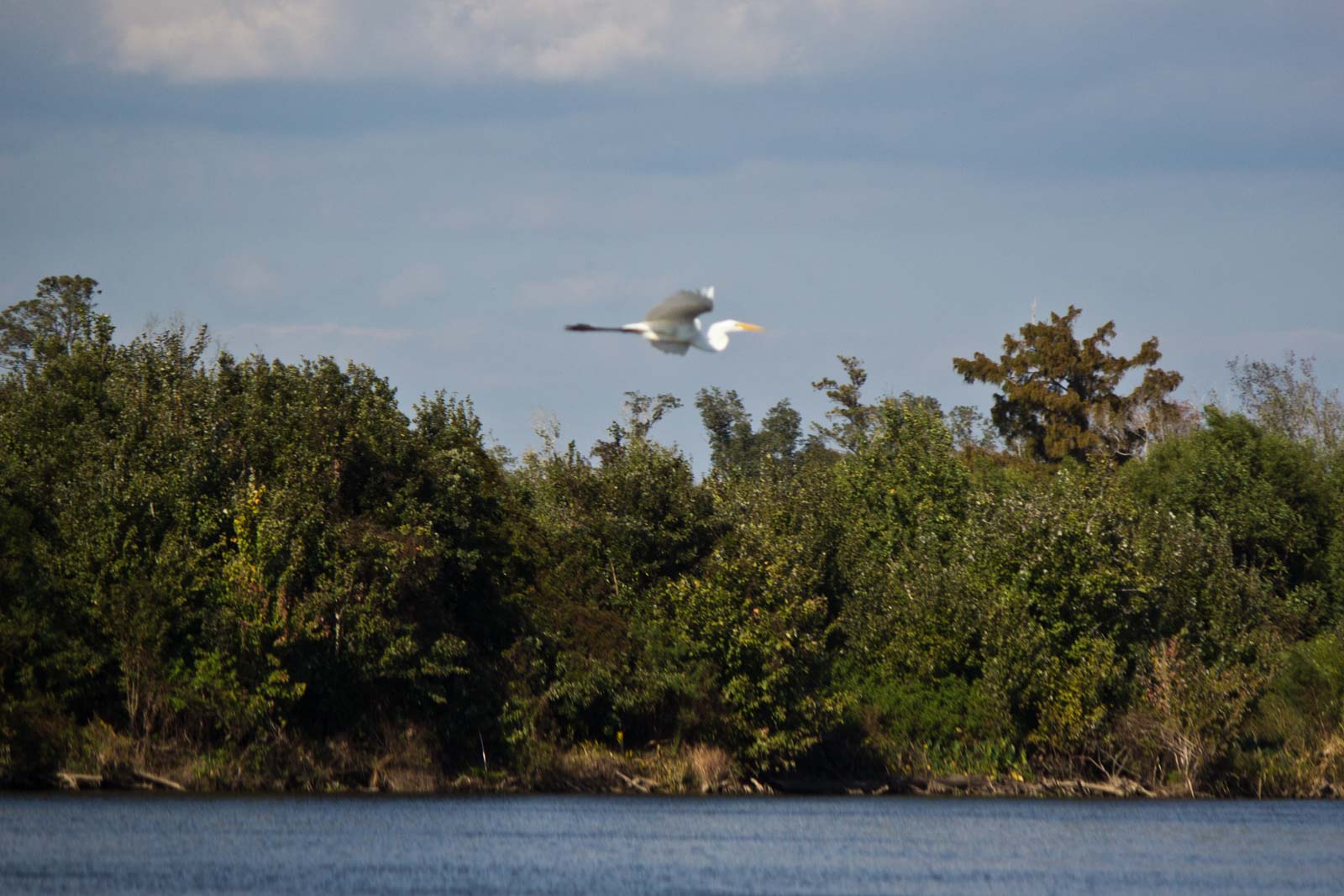 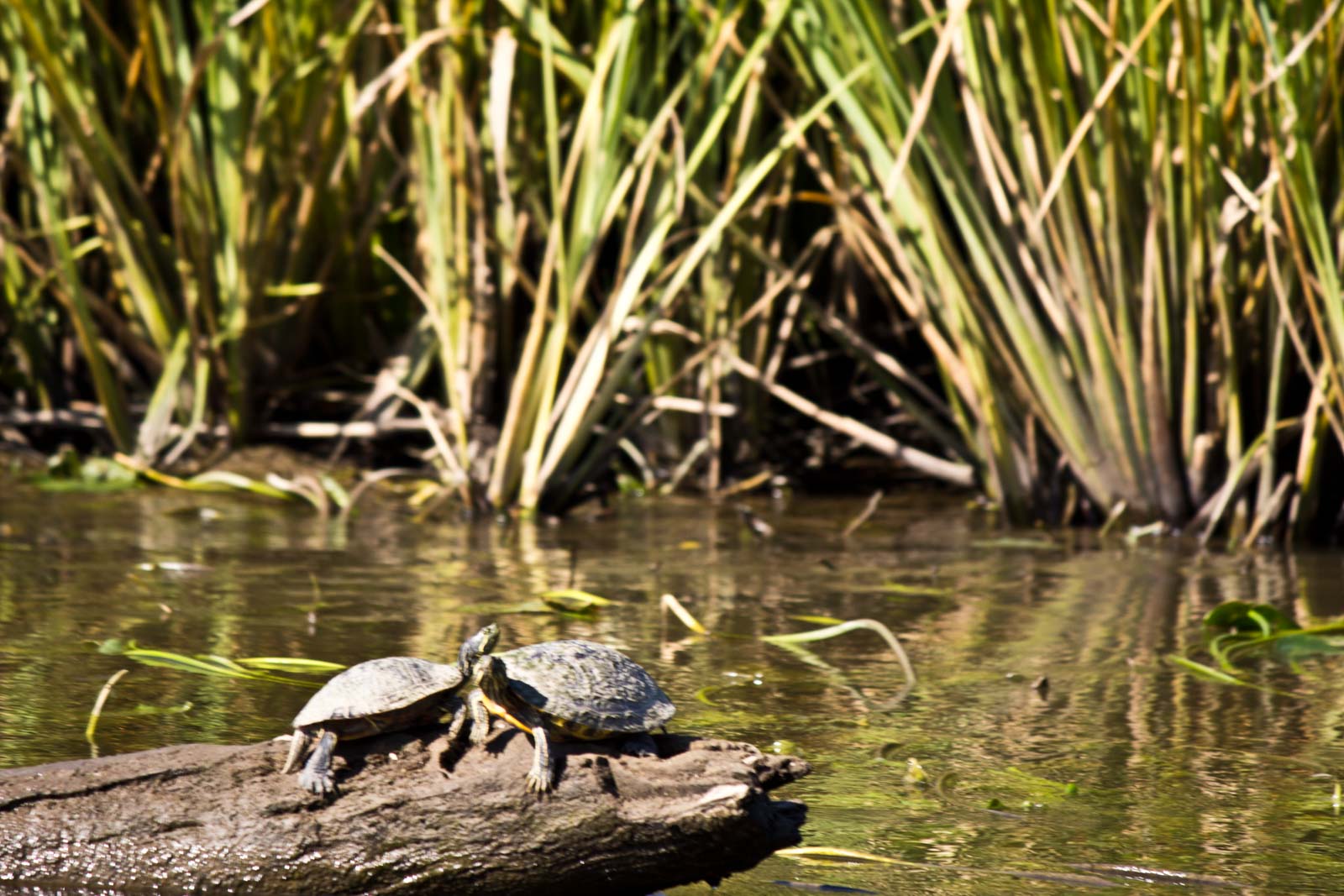 For most of our trip, the waterway is wider than I expected, looking more like a river than a swamp. Once we go into a small inlet, however, it takes on a more recognisable appearance.

Spanish moss hangs from the trees and tiny green leaves float on top of the water. The branches arch over the water, diffusing the light that scatters through the natural tunnel.

We can’t see as many animals in here but that just makes us more nervous, wondering where the alligators are if they’re not on the riverbanks. 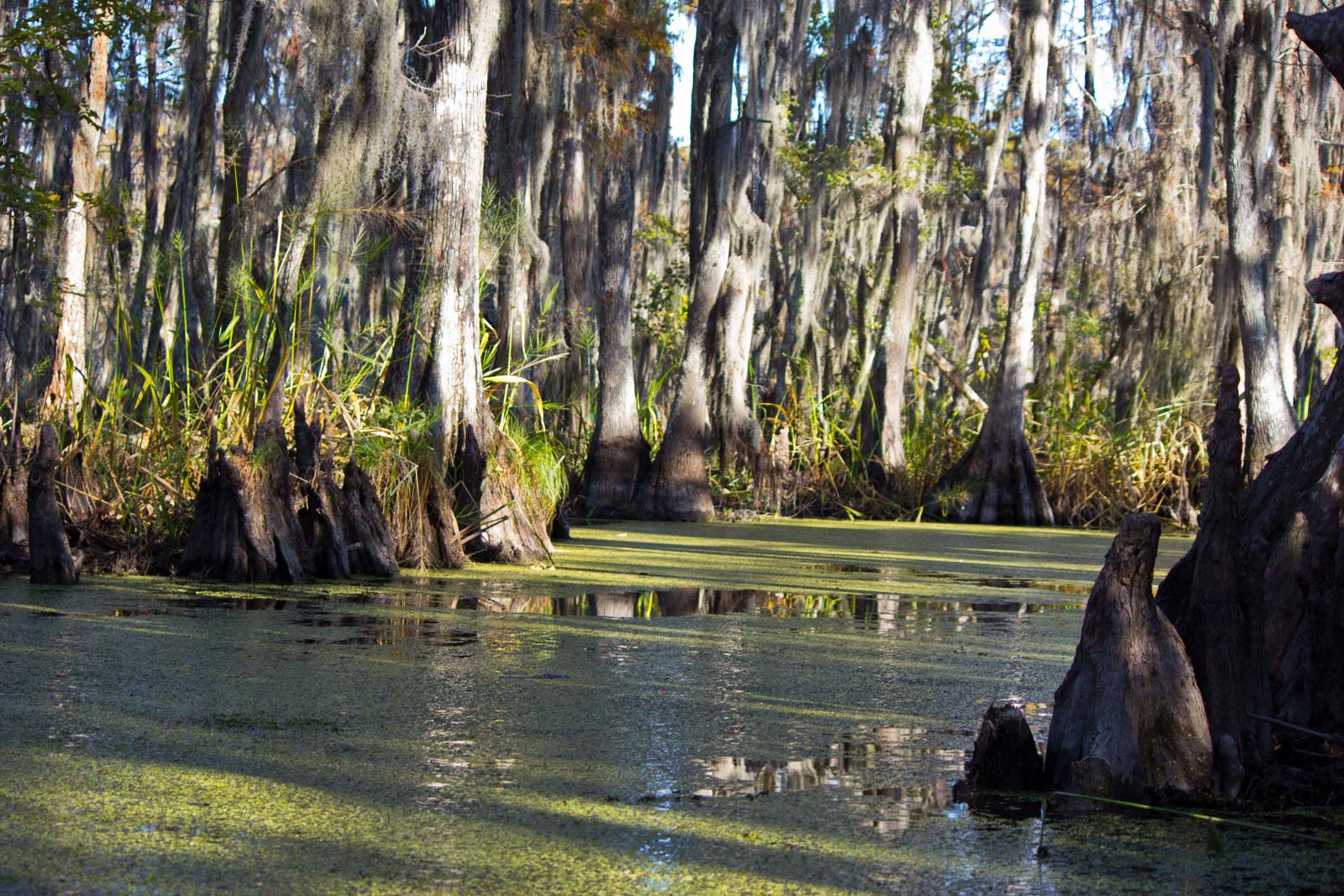 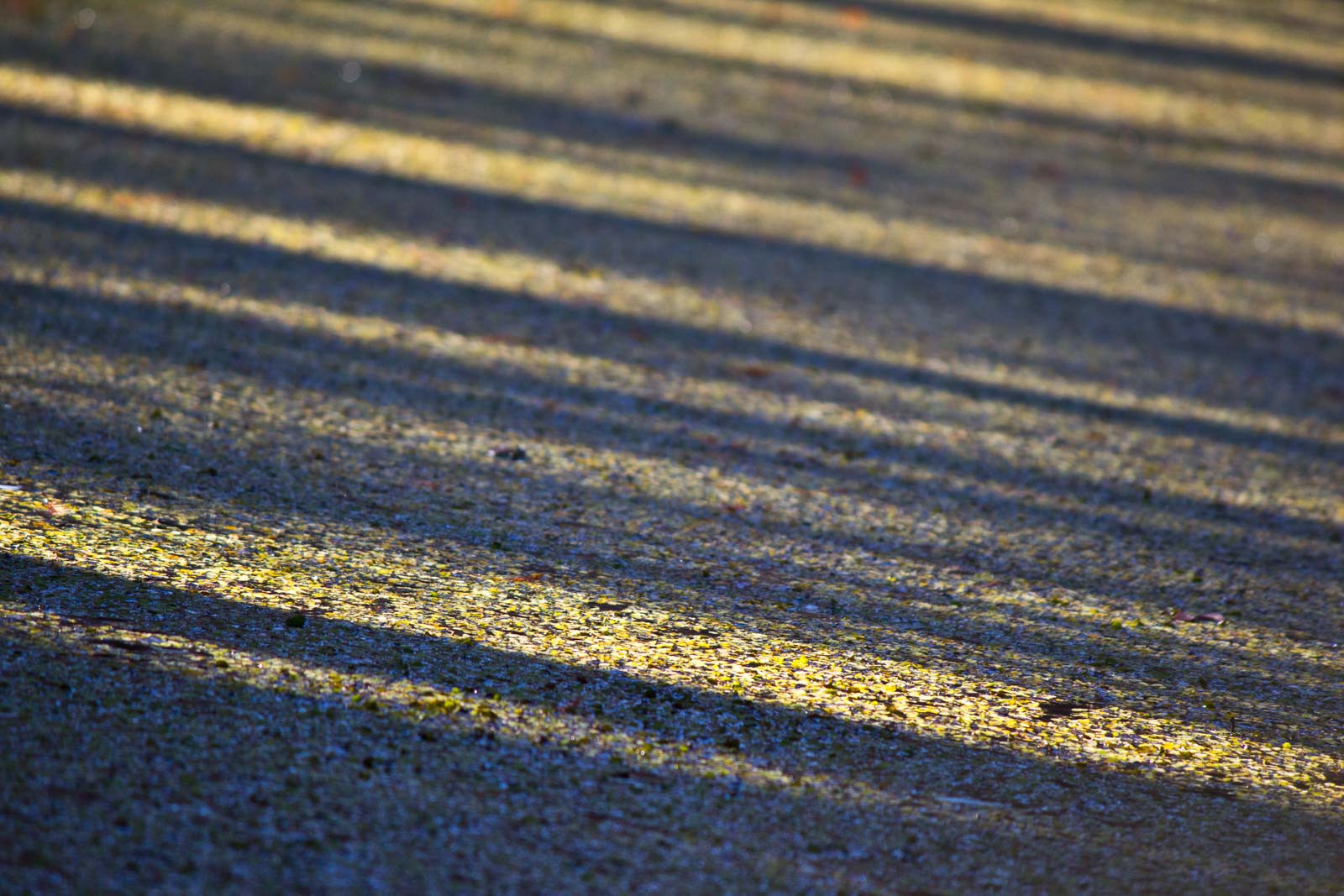 Back out on the larger stretch of water, there are still some locals who have refused to move on after the hurricane.

Some houses have been fortified against another storm, and fishing boats are primed for their next trip downriver to the sea. A couple of guys in a moored boat look up from their cans of beer to wave and shout a greeting. 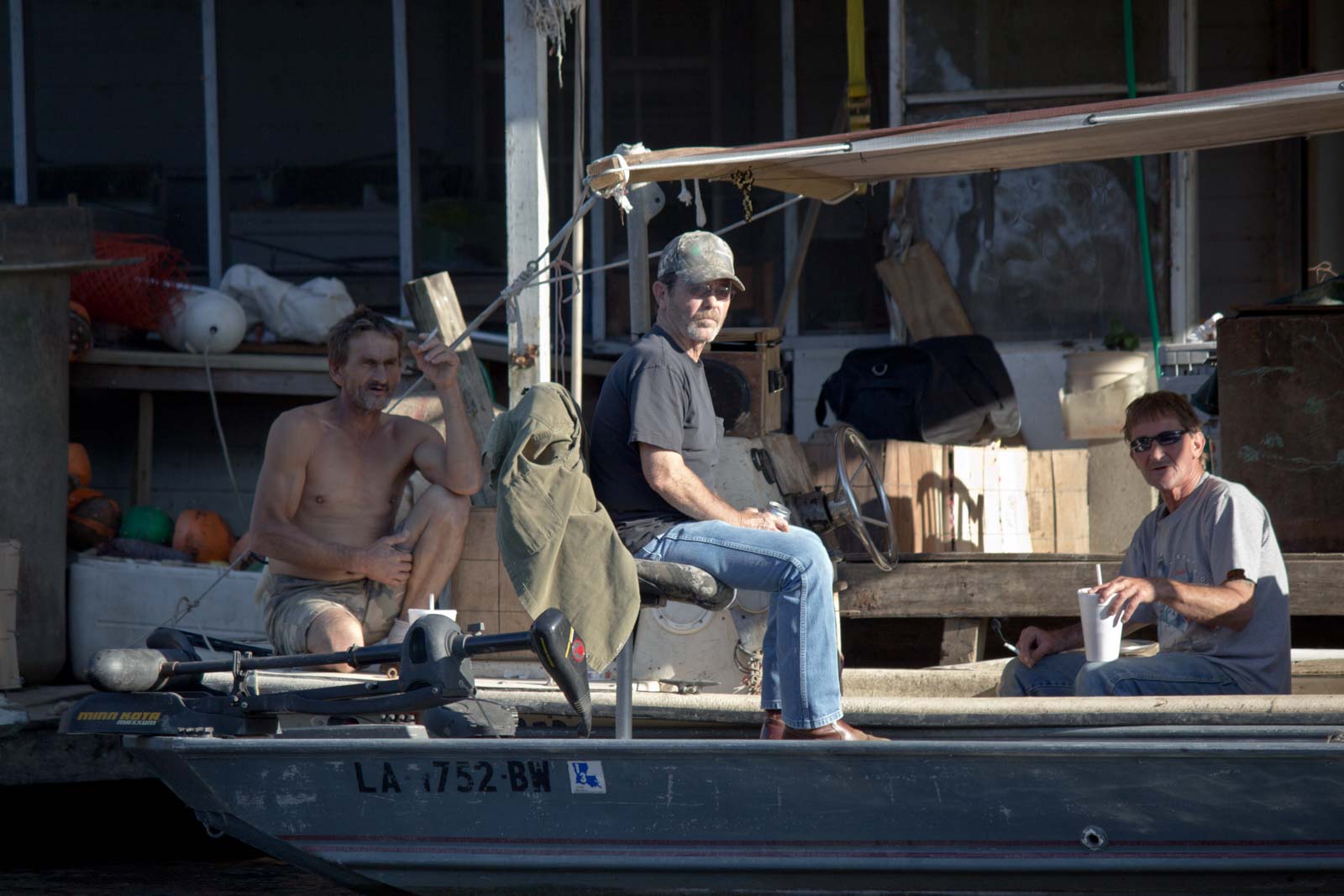 There are less people living here now, we’re told by our guide.

It’s much harder to get insurance and the local authorities are stricter on those who moor their houseboats without permits. Many have given up and vowed never to return.

The animals are thriving, though, their ecosystem stronger than before. They’ve seen this kind of thing before and they’ll see their way through it again.

>> You can check out Cajun Encounter's website here
For a fun backpacker option, there's India House, or there's the more modern HI New Orleans.
There aren't a lot of good cheap hotels in New Orleans, but I would suggest French Market Inn or Wyndham Garden Baronne Plaza.
For hotels with more style, you can try Hotel Peter and Paul or The Saint Hotel.
And the beautiful Maison de la Luz is one of the best luxury hotels in the city!