Mushroom-hunting in the Spanish Pyrenees

Basket in hand, I begin my hunt. This is a well-trodden path but new treasures are growing every day.

At the base of trees, under bushes and poking out of the grass are the mushrooms – our targets for today.

With me is Michelin-rated chef Francesc Rovira. Just a fifteen minute drive from his Fonda Xesc restaurant in the Spanish town of Gombren, this is his grocery.

Some of the tastiest mushrooms available are here – fresh and free. You just need to know where to look, as I discover. “I like to go to forest”, Francesc tells me.

“I spend a lot of time in the kitchen so going to the forest is going back to nature and taking care of nature.”

But it also makes for a better meal, he believes. 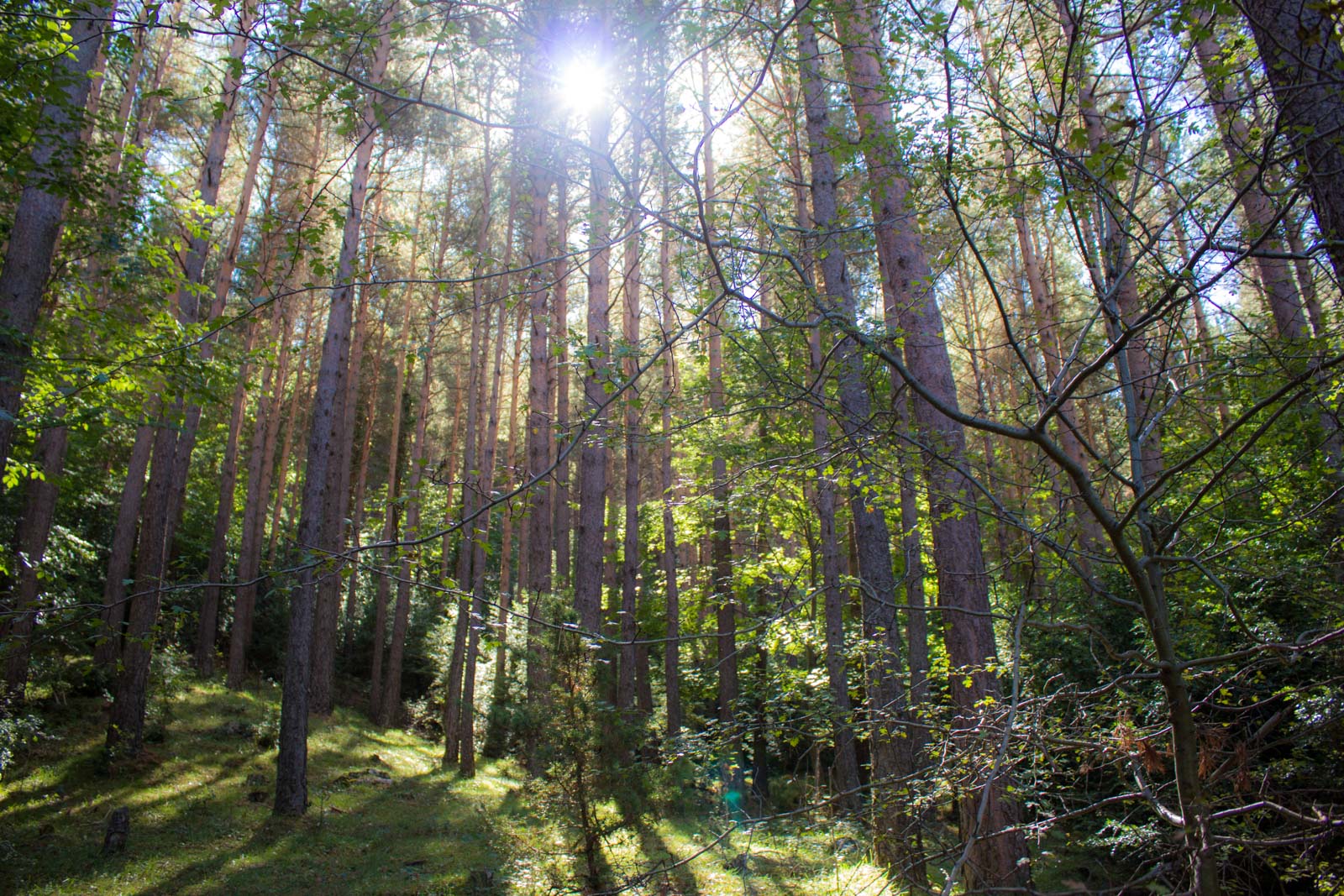 There is a talent to mushroom-hunting, though. Sometimes they can be hard to spot.

I almost walk right over a few while Francesc seems to be constantly calling me over to a new clump that he has discovered.

I wander aimlessly at times, scanning the ground and being fooled by shadows and strange-coloured leaves. But it’s as if the chef has a divining rod and seems to walk straight towards them.

His hands held behind his back, his tall towering frame glides between the trees and his eyes scan like a raven’s. There’s a long tradition of gathering mushrooms here in this part of Catalonia. It’s one of the tastiest foods found naturally in the Pyrenees mountains and the locals have made the most of that for generations.

“In the old times it was a very important economic contribution to the family”, Francesc explains.

“All the people living here they used to pick up mushrooms, come here to the town, sell to the markets in Barcelona, and that was very important economically for them.” 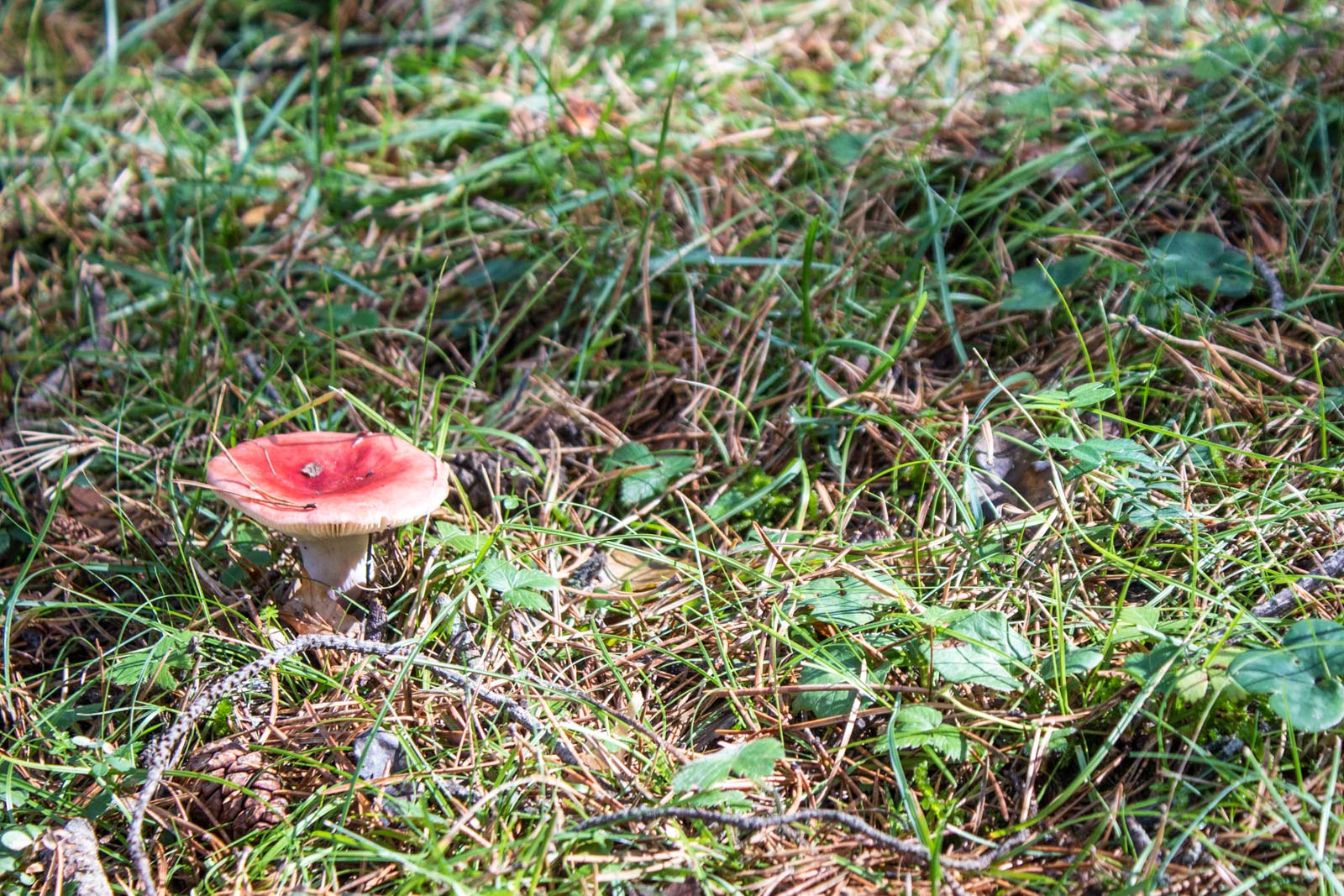 But times have evolved. Mushrooms have grown from being a small and local business to a hobby for people all over the region.

As we slowly make our way up the hill from the road, I realise there are very few mushrooms on the lower slopes. They’ve already been plundered by enthusiasts who got here much earlier in the day than us. 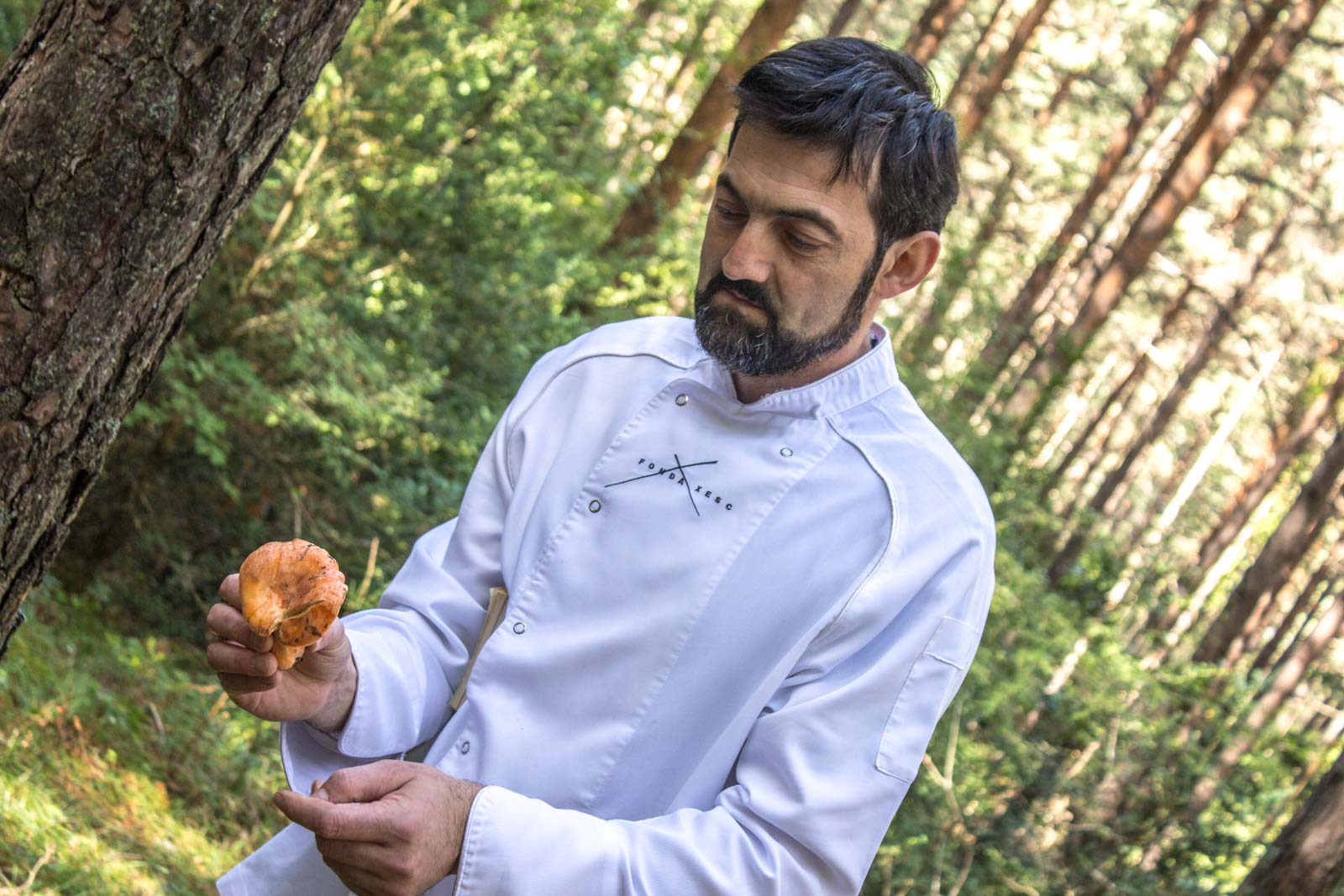 “Before there were four locals just picking mushrooms but this has changed”, he says.

“The forest is much more accessible to people now, especially people from Barcelona.”

“There are better pathways, more access to the roads and also people who used to live in the forest have gone away so they don’t live here anymore.”

“And then all the popularity came from advertising that we have mushrooms here – and the fever of mushrooms happened in Catalonia.”

An explosion of media about the mushrooms created a fad. TV shows, articles and books all trumpeted the wonders of the mushrooms of the Pyrenees and the visitors flocked here.

But it’s not something that anybody can do unless they’ve undertaken a bit of research. 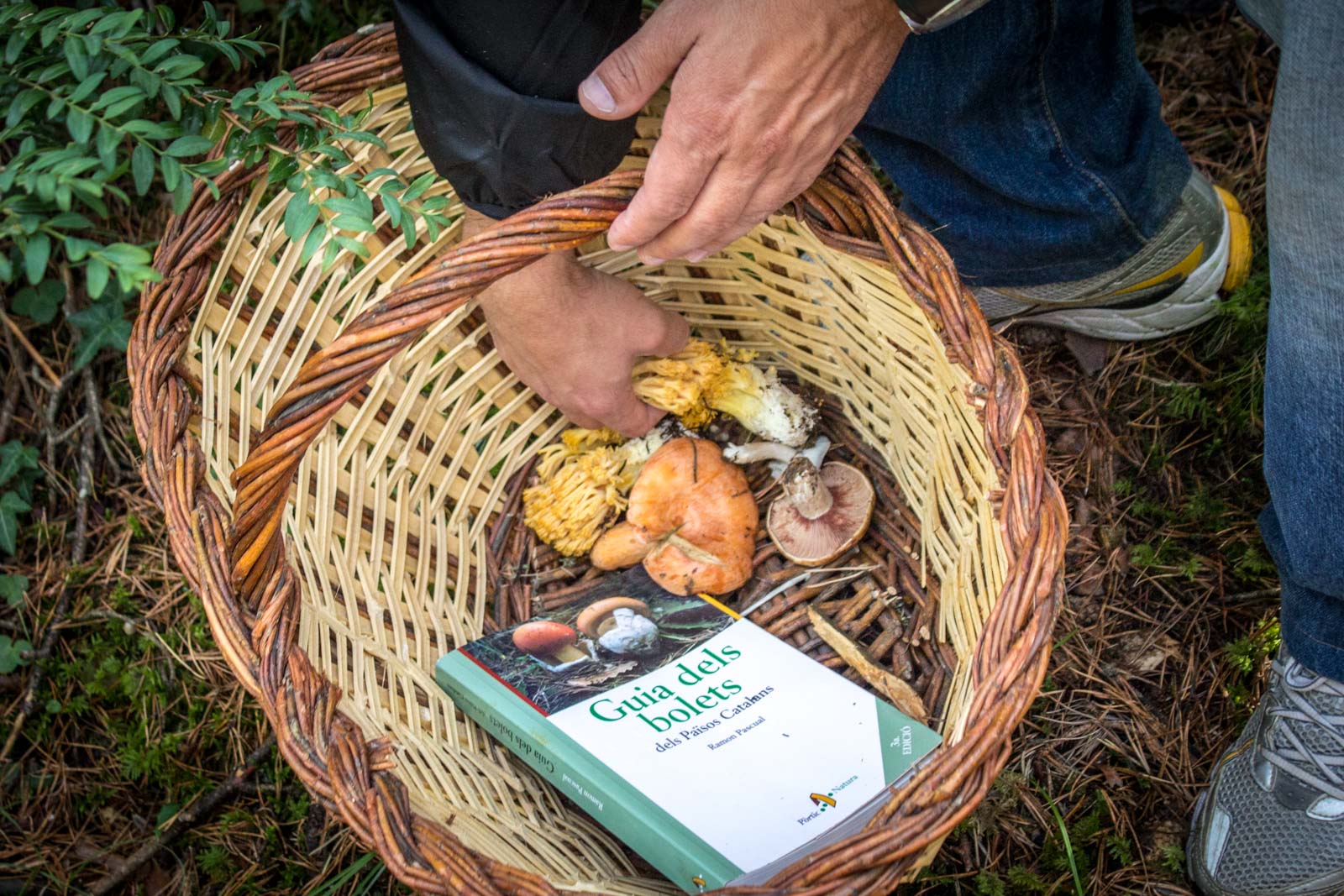 “No good”, Francesc says, wiping away the smile that had spread across my face.

The mushroom I’ve found looks as tasty as any of the others he has put in the basket but apparently it’s not edible. Just like the one I had found a minute earlier… and most of the ones before that.

With his trained eye, he can tell instantly that I am picking badly.

Still, between us we have found a decent amount and, interestingly, a decent variety of mushrooms. The highlight is the ‘rat foot’ one which is quite rare and looks like a piece of yellow coral.

It’s the best kind you can find on this mountain, apparently. Even if it has taken us almost an hour. 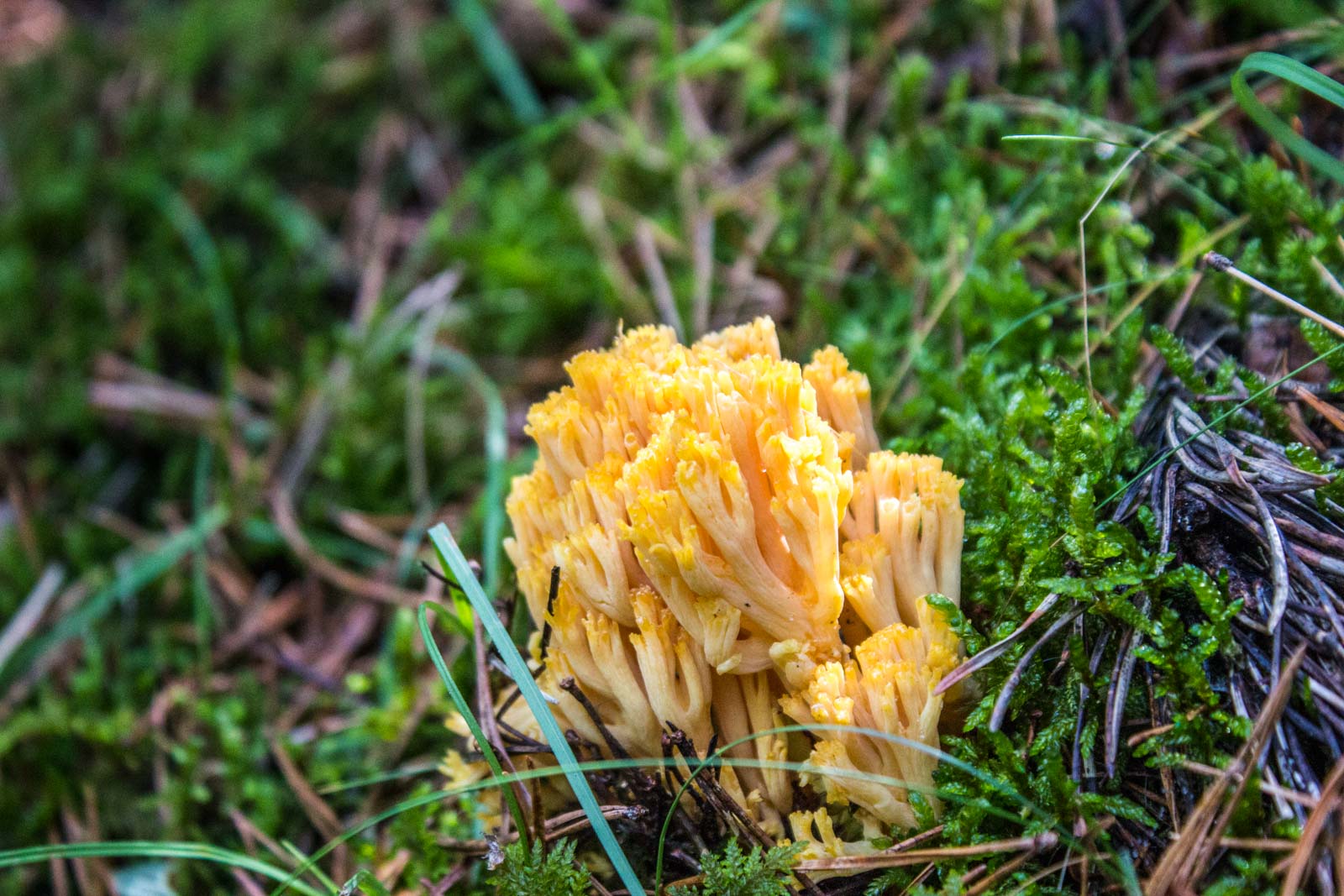 Later that afternoon, back at Francesc’s restaurant, Fonda Xesc, he’s demonstrating the best way to cook the mushrooms. Sadly these are not the ones we picked… there weren’t nearly enough for a business of this size.

“The ideal thing would be to just cook the mushrooms I pick but that’s not possible because I have many tables and I have to buy things in the market”, he says.

“When it’s a good season about three or four locals go and pick mushrooms for me and that makes a difference.” Francesc explains the intricacies of using mushrooms in dishes. With so many varieties to choose from, he likes to play with the contrast of tastes and textures.

For example, fat and juicy mushrooms go well with dry fish so he tries to pair them together.

If he’s using more than one type in a dish he also tries to make sure the tastes complement each other but still offer a point of difference.

As you would expect from a chef with Michelin recognition, a lot of thought goes into each dish. Francesc tries to draw out the tastes without masking them with other unnecessary flavours. “What we do here is very simple cuisine, very light and very clean. That means we use a lot of product from around here and it’s very low fat.”

“These are the things other cultures can learn – to do things simple and clean.”

Tasting is an experience in itself. Francesc has put together a menu of small tasting plates and coupled the mushrooms with a range of meats including fish, beef and fish.

Each on its own is delicious and together they are an impressive demonstration of what can be done. 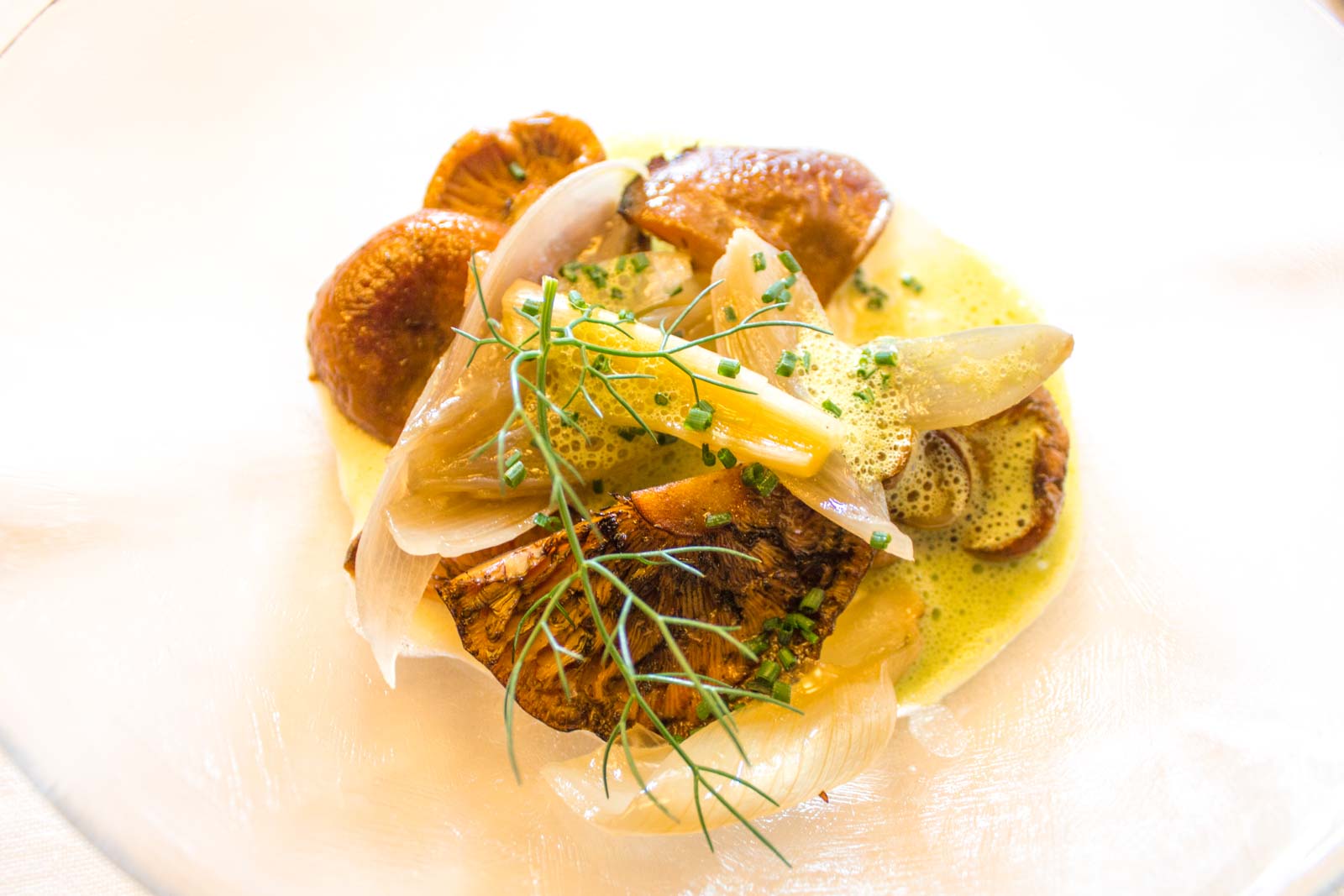 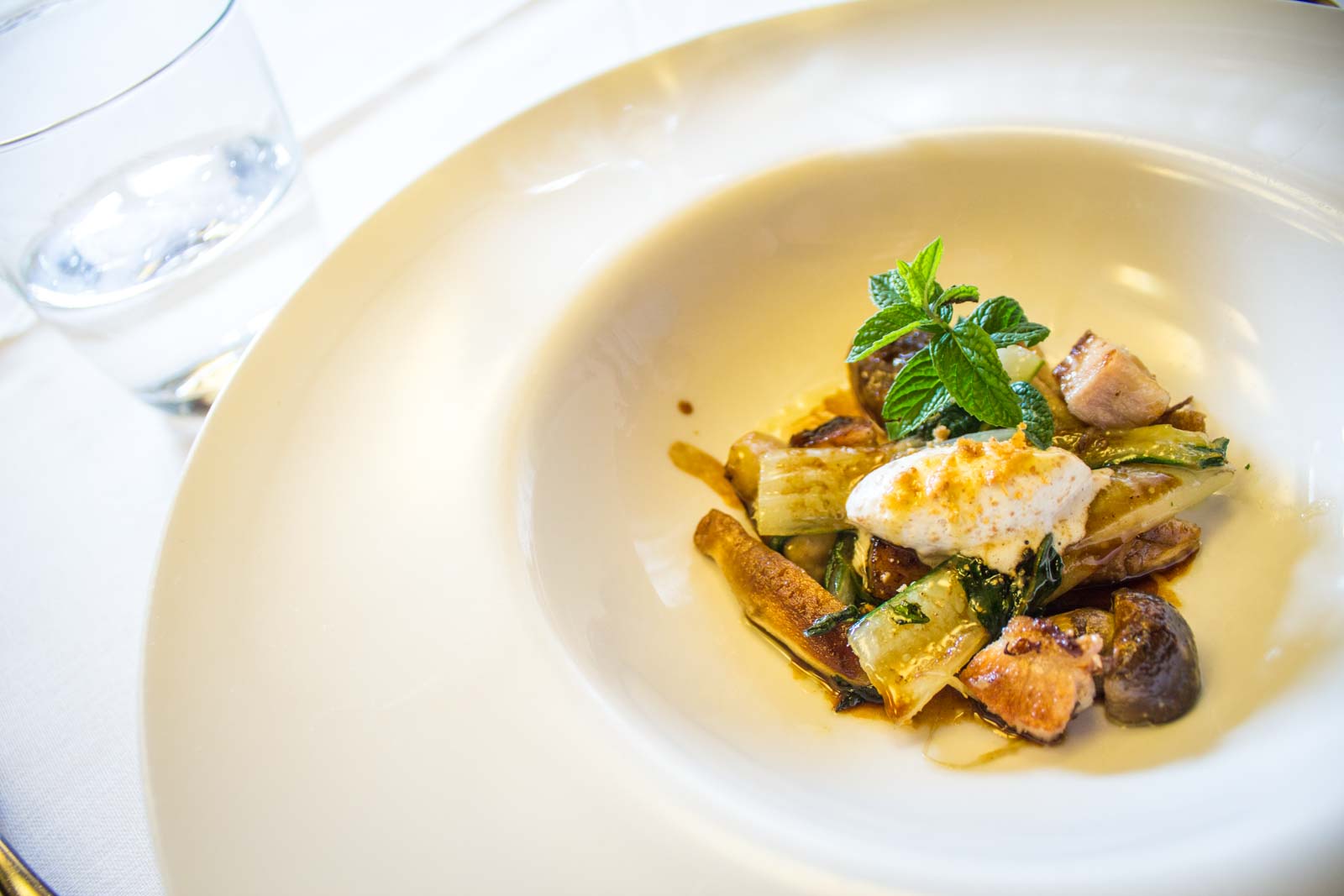 Even if these aren’t the ones we picked together ourselves, I like to think they come from the same place – a place high in the Pyrenees where a local love of nature and a simple respect for the mushrooms comes through in the dishes.