The cathedral in Modena, Italy

When the cathedral in the Italian city of Modena was put on the World Heritage List, UNESCO described it as “a masterpiece of human creative genius”.

It’s a big call but, then again, over the years this part of Italy has been the birthplace of some of the world’s most famous musicians, painters and scientists. Perhaps it should be no surprise that it would be home to a building like this. 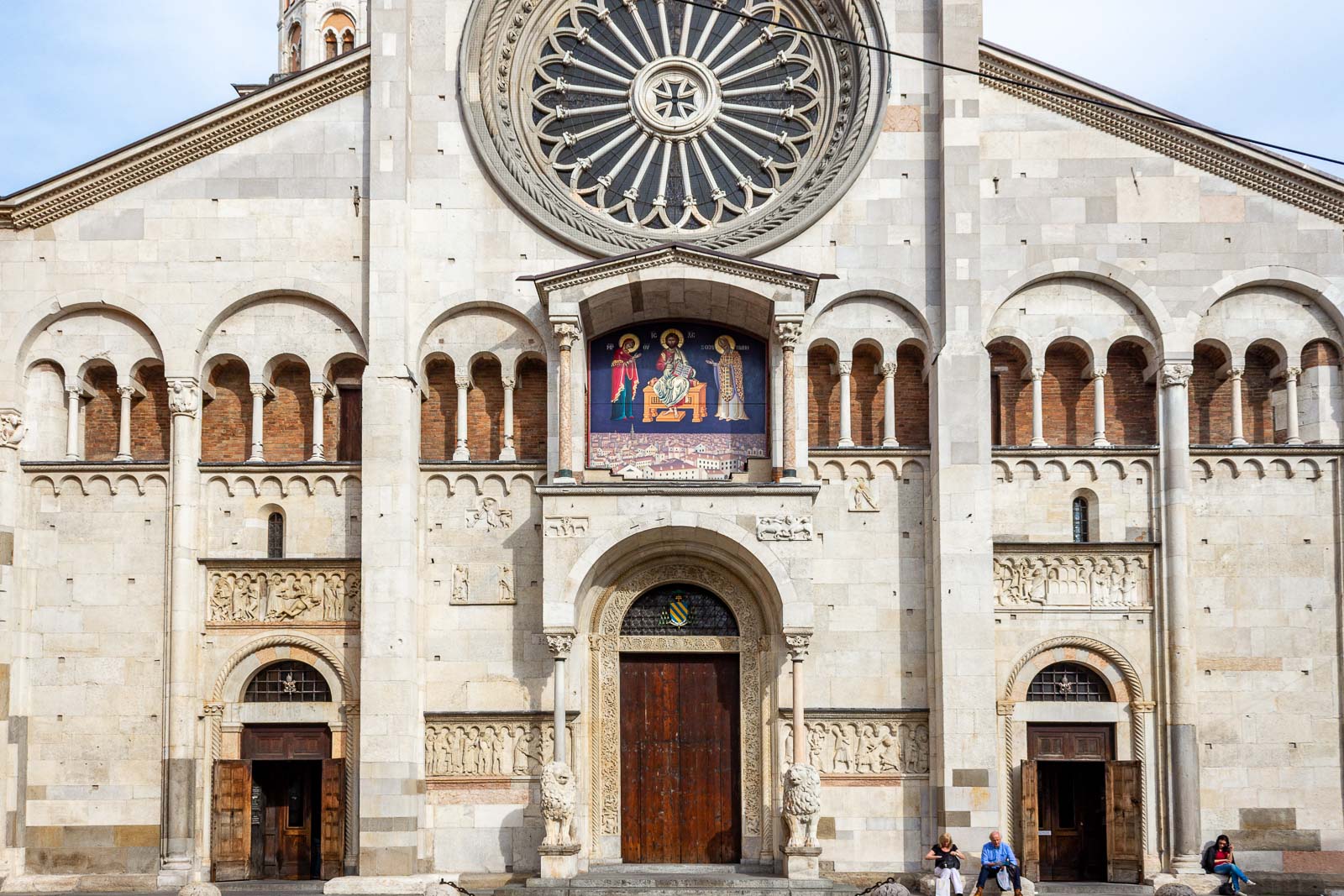 The UNESCO description goes on. Apparently the Modena cathedral is a masterpiece “in which a new dialectical relationship between architecture and sculpture was created in Romanesque art”.

It seems you have to be a creative genius human to understand what that means. The best way to understand is with your eyes, not with your brain.

Entering the cathedral, bumping into a young man who’s standing in the doorway crossing himself, apologising in a whisper, and then looking up for the first time to see the interior of the church… that’s when it starts to make sense. The building is a joint creation of architect Lanfranco and sculptor Wiligelmus. Because of this relationship, the cathedral is not so much a construction as a sculpture. The figures, the patterns, the scenes which are carved into the walls and the columns seem organic.

The very structure of the interior seems in harmony with the artwork and you can’t imagine one without the other – at one point I even consider whether the whole place would collapse if you tried to remove some of the statues. Presumably it wouldn’t (in case you were actually wondering too).

The cathedral has stood on this same spot since the 12th century and had many alterations over the years. The numerous changes and the even more numerous tests of time have not damaged the cathedral.

It’s not on the typical tourist trail but it’s definitely worth a visit while you’re in the Emilia Romagna region.

Time Travel Turtle was a guest of the Emilia Romagna tourism board but the opinions, over-written descriptions and bad jokes are his own.