The Medici Villas and Gardens in Tuscany, Italy

Travel through Tuscany these days and you’re bound to hear quite quickly about the Medici family.

Rich, powerful, humanist. The family rose to prominence in the 15th century and held an extremely important position in the region for generations, until the fall of their dynasty at the beginning of the 18th century.

The reason we still hear so much about the Medici family is because of what they have left behind – a legacy of art and architecture that still defines much of the style here in Tuscany and the surrounding areas of Italy. 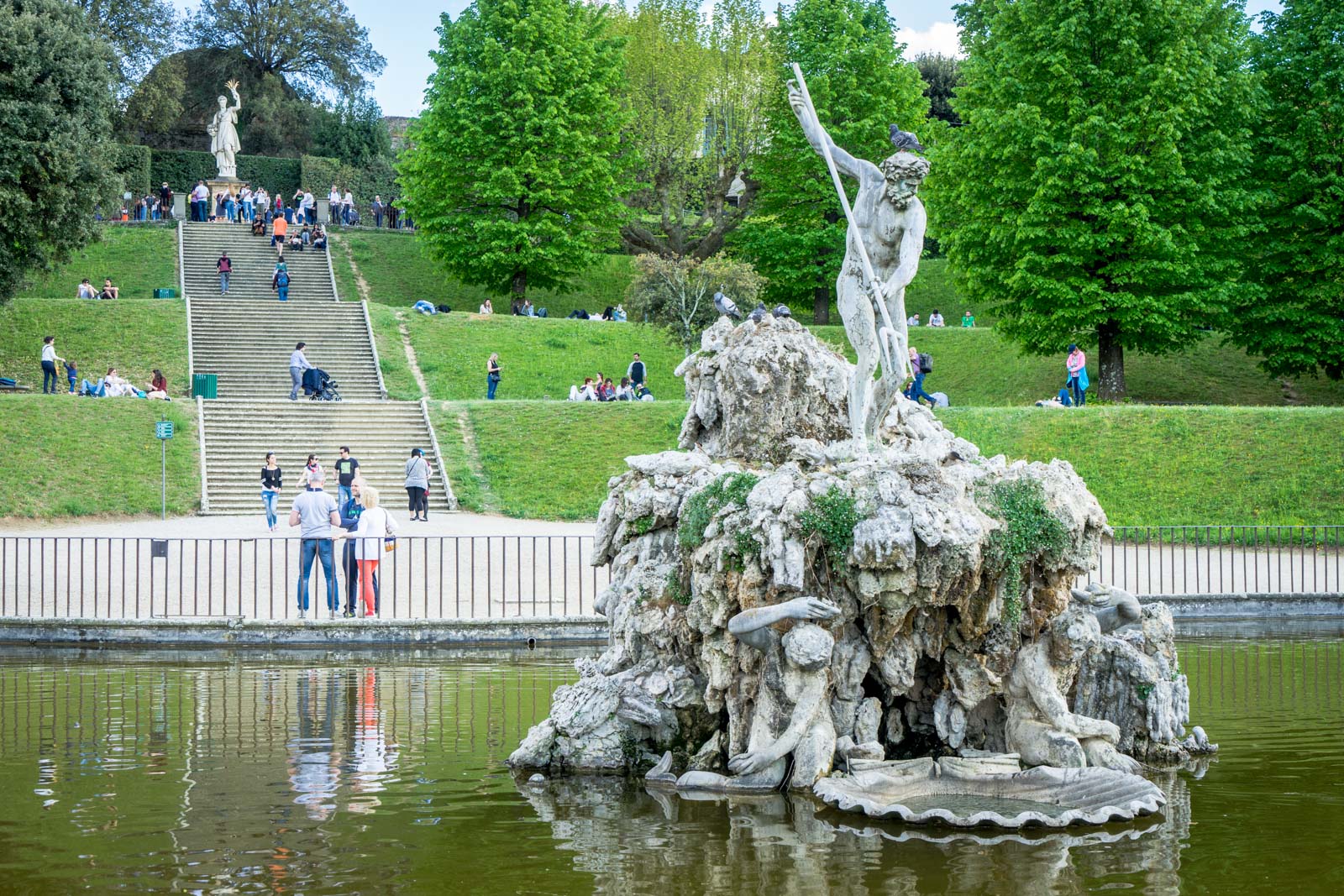 Today I want to tell you about one of the most beautiful parts of the Medici heritage – the villas and gardens.

Who was the Medici family?

Although they began in the textile business, the real wealth of the Medici family first came in the middle of the 15th century from the bank that they owned – the Medici Bank. It was the largest bank in Europe at the time and with this wealth came power.

The Medicis used this power to first exert influence over politics in Florence and Tuscany, and then more broadly.

Over the years, they produced three popes and two regent queens of France. They were connected to most of the important families in the region through marriage or business. All the networks of the time had the Medici family near the centre. For us today, though, it’s not the intricacies of the politics that are of interest. It’s the fact the the Medici family used its considerable wealth and power to support the arts.

They were the patrons for many artists, including all of the Teenage Mutant Ninja Turtles – Donatello, Michelangelo, Raphael and Leonardo.

And they funded the construction of many of Florence’s most important buildings, including the Uffizi Gallery, which has Medici-owned artworks as the core of its collection. 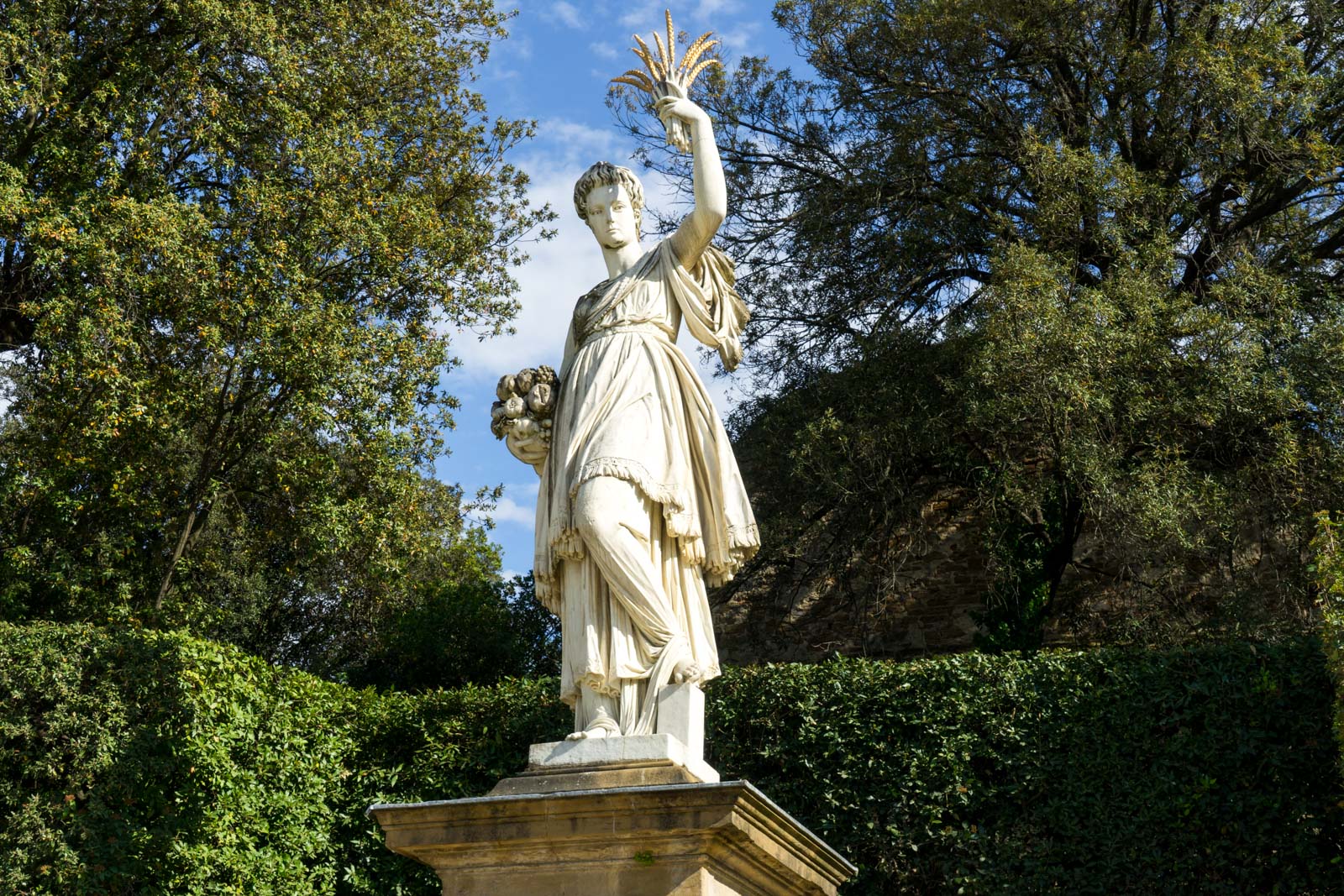 They also built or maintained the estates that are today known collectively as the Medici Villas and Gardens.

There are 12 Medici villas and two gardens that make up an official World Heritage Site. I have put together a map here with all of them marked, if you’re interested.

Probably the most famous of them, in the heart of Florence, is the Boboli Gardens.

As a visitor, cross the Ponte Vecchio from the main historic centre and you’re almost at the gardens. But rather than going into them here, I recommend continuing along the road and using the entrance at the Porta Romana.

The Boboli Gardens are almost a kilometre long and this means you can gradually make your way back through the pleasant greenery and finish at the Pitti Palace, rather than backtracking at the end. 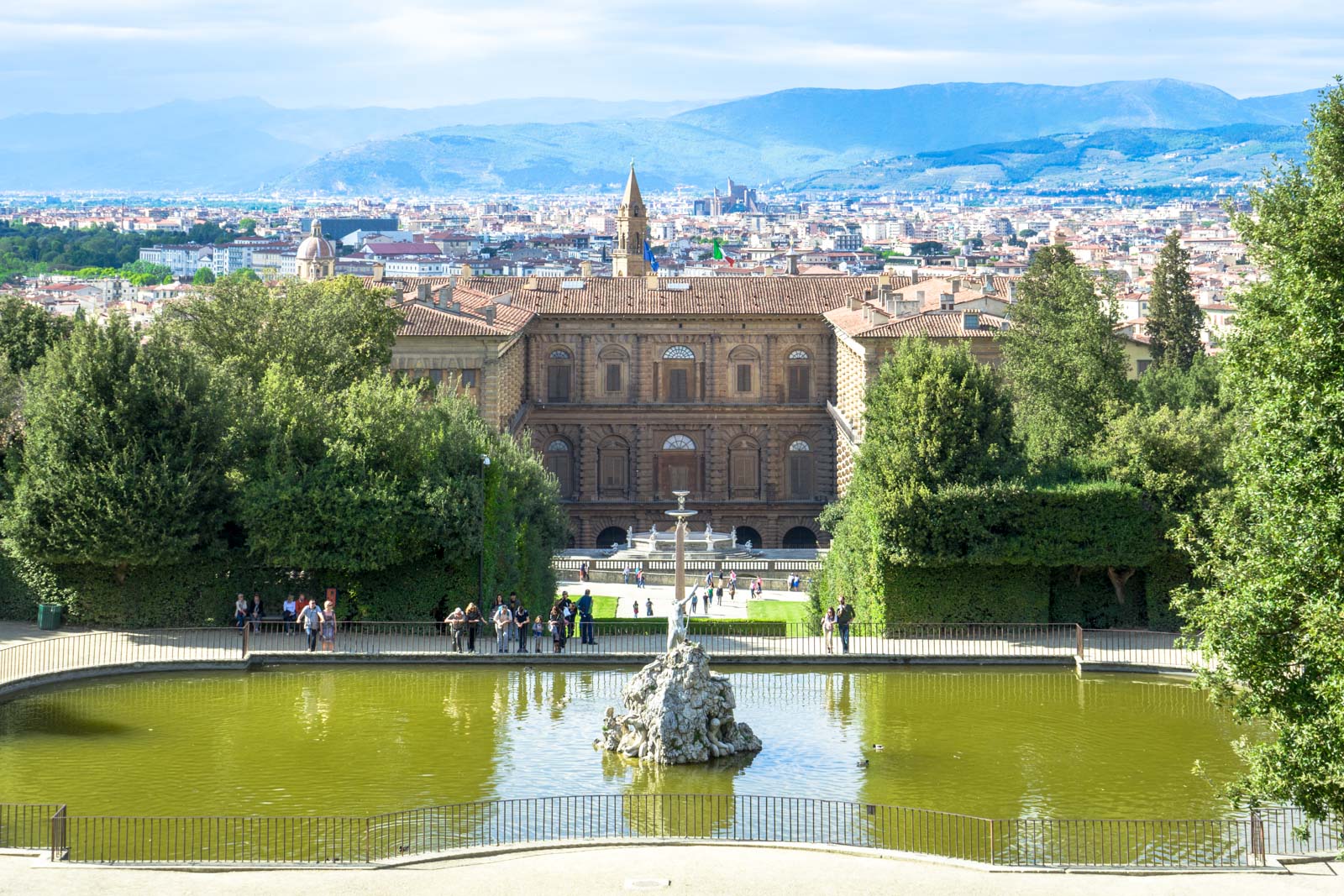 From a technical perspective, the layout of the gardens is an exceptional example of a formal 16th century Italian garden. It has a long central axis down the middle, with wide gravel avenues, statues and fountains, large open public areas, and smaller private nooks. 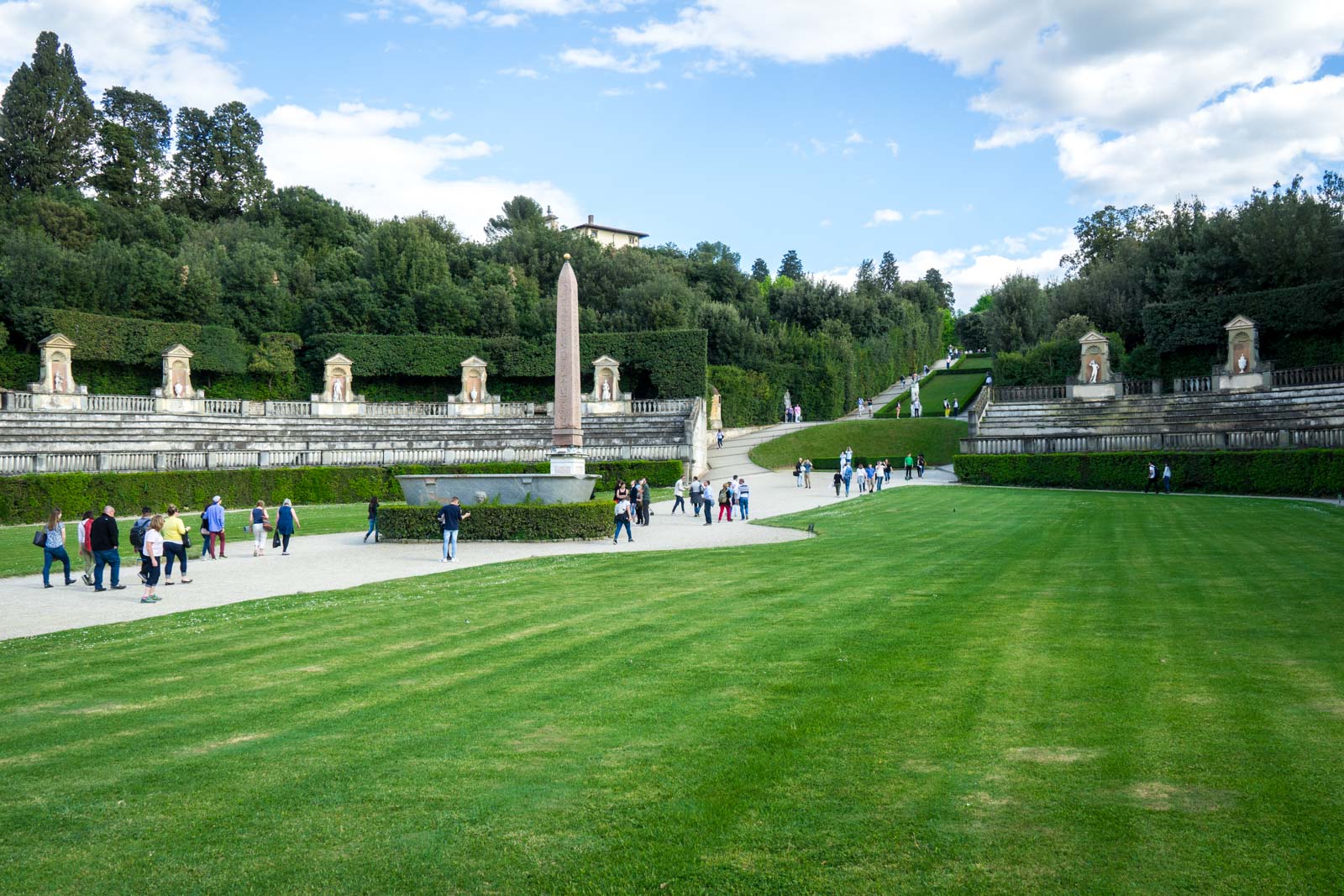 But I’m not thinking about any of these technical aspects as I explore it. I’m just amazed by how it is designed so that you can never see the end.

In each section, you just get a tantalising glimpse of what is next. But you don’t want to move on to the next, for each section has enough within it to keep you transfixed. 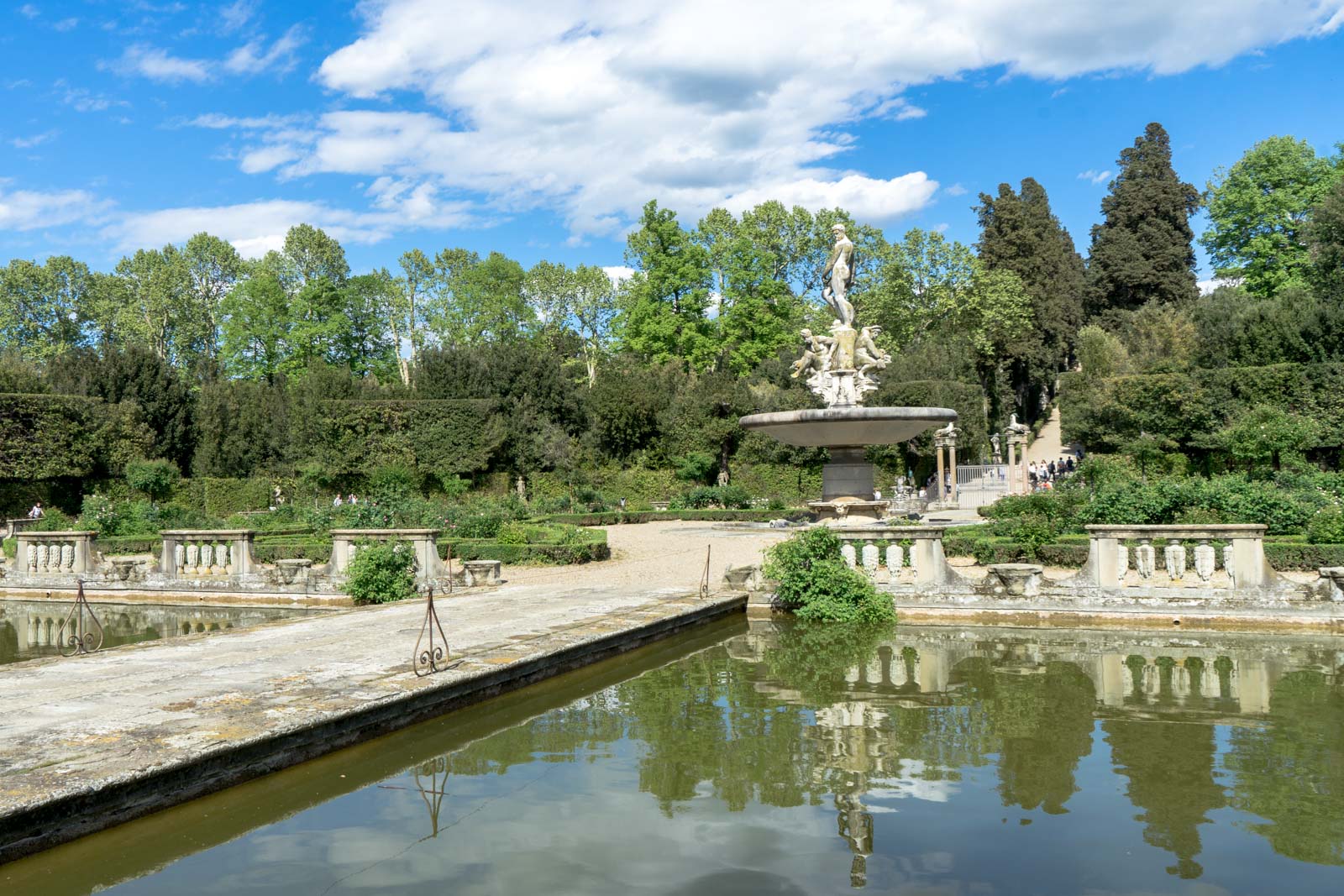 You can get lost in the curved paths that go through forest; find yourself at a pond surrounding a statue; see the small hedged gardens with beds for flowers; look out over the cascading lawn hills and the views across to the sights of Florence. 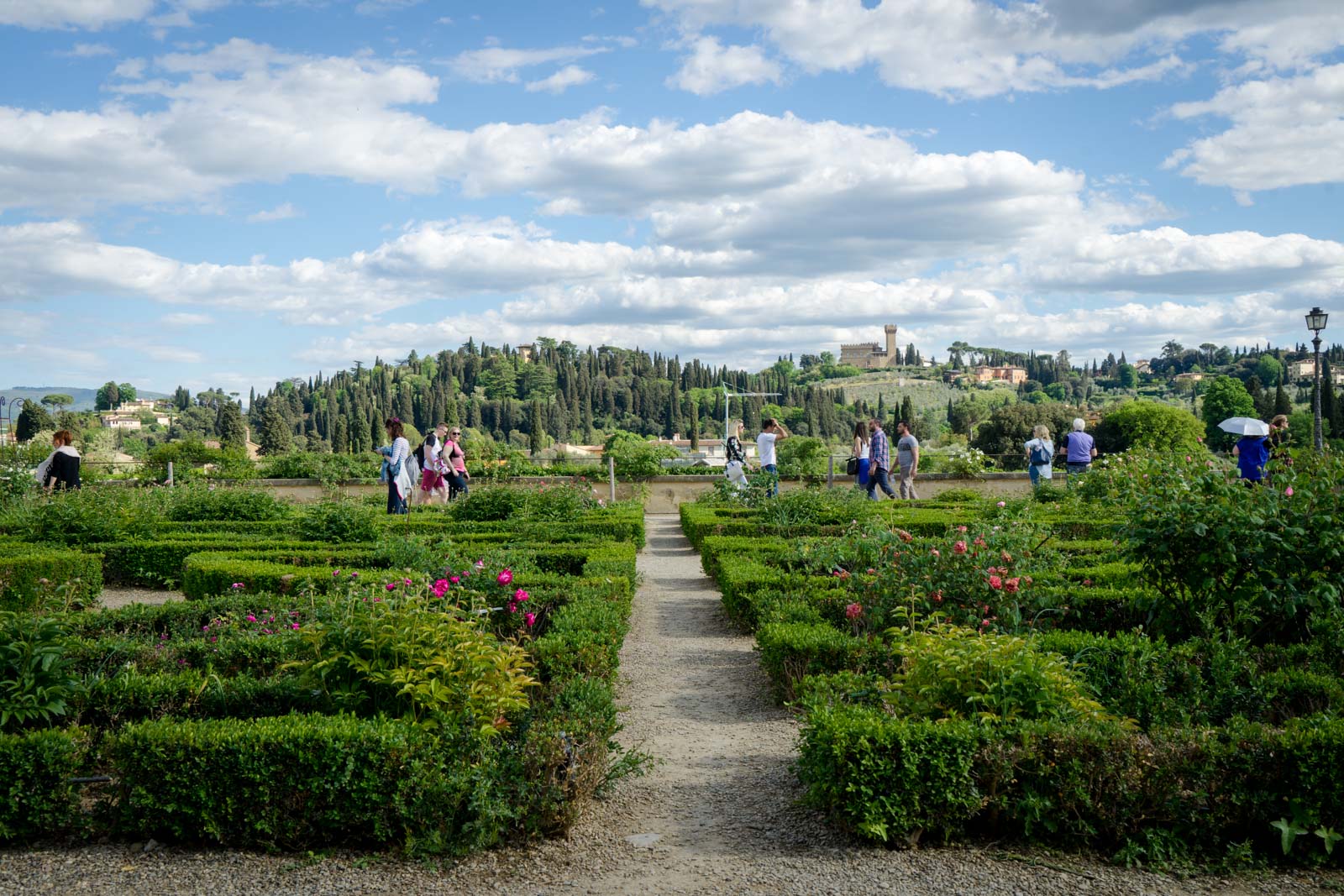 I’ve been to Florence a few times before but had never been here before. What a shame!

The Duomo, the Uffizi, the Ponte Vecchio – they are all worth seeing but I shouldn’t have let them be the priorities. On a day with nice weather, the Boboli Gardens are one of the best things to do in Florence. I have to admit that I was a little annoyed when I arrived at the entrance because, even though I just wanted to see the gardens, the only admission you can buy is a combination ticket that also includes all the museums at the Pitti Palace. It turns out my annoyance was misplaced. The Pitti Palace is an incredible site in its own right, worthy of both my time and money.

It’s the kind of museum that would be a star attraction in many cities… it’s just that in Florence, there’s so much competition, it doesn’t get the billing that it should. While the ceramics museum is rather simple and boring (unless you’re interested in plates), the costume museum is actually quite interesting. Not only is there a a great collection of period dresses well displayed, the rooms of the palace are well maintained and interesting in themselves. 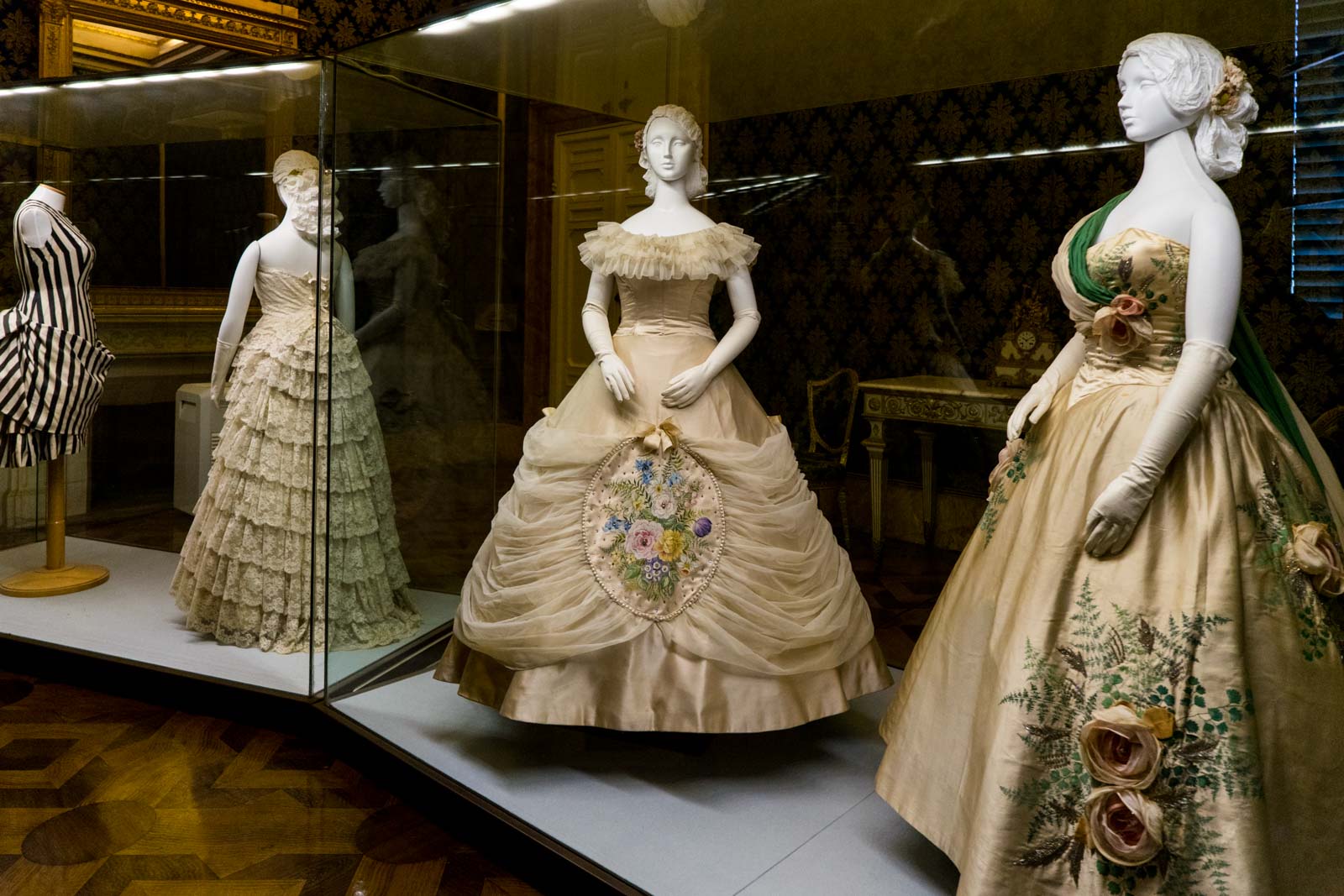 But my favourite museum is the Palatine Gallery, which holds a collection of treasures.

It needs to be said that the rooms – particularly those on the lower floor – are incredibly-decorated with painted walls and ceilings that create a living panorama around you. But within each of the different areas are displays of sculptures, paintings, altars, jewellery, dolls and other wonderfully-artistic items. If you’re planning to visit the Boboli Gardens, make sure to leave time to also see the museums at the Pitti Palace. And don’t be grumpy like me that they are included in your ticket!

As I mentioned earlier, there are 14 different locations around Tuscany that make up the World Heritage Site called the Medici Villas and Gardens.

Not all of them are open to the public and even some of the ones that are accessible have odd opening hours. They don’t make it easy for anyone who wants to see a range of the Medici sites. I decided to check out the Villa La Petraia because it is relatively easy to get to by public transport from Florence and has reasonable opening hours. It wasn’t until I got there that the actual villa was closed that day (without notice). Still, the gardens are interesting enough and seeing the villa from the outside also gave me a sense of what these rural estates are like. Unlike the Pitti Palace, which was used as the official residence and political base for the Medici family in Florence, Villa La Petraia was about relaxation. 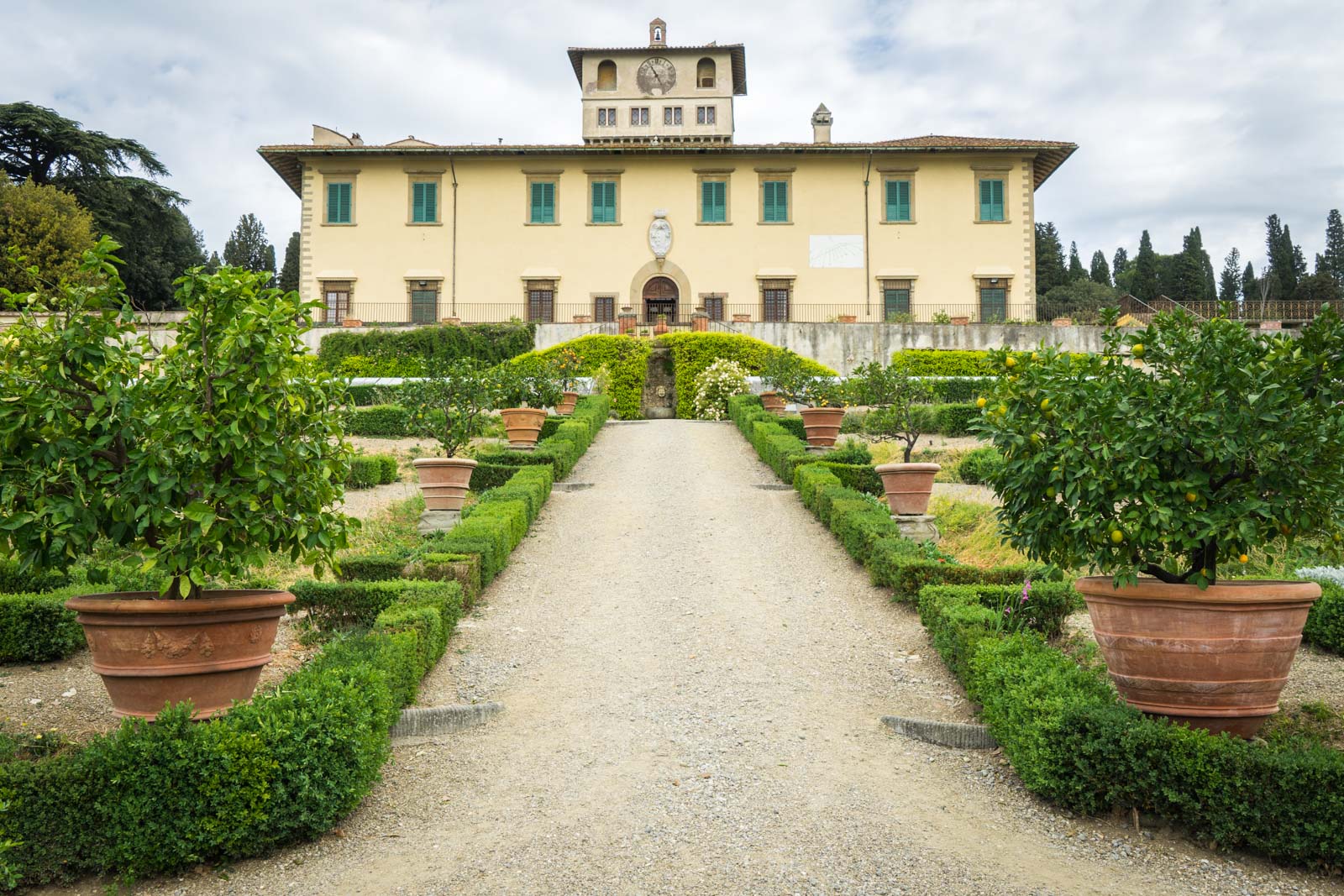 Relaxation often involved hosting lavish parties, though, so there was a lot of effort from the Medicis (via their architects) to making an extravagant impression with the ballroom inside the villa and the gardens outside it.

The gardens are structured over three levels of terraces filled with flower beds and fruit trees. There have been countless influences over the years that make this Italian region and city so special. But it would not be what it is today without the Medici family, who bankrolled so much of the Renaissance period here.

It seems only appropriate to visit their homes and pay our respect.