This guide to making the perfect gin and tonic is direct from one of the best cocktail experts in Spain's Catalonia region.

In the north east of the country, deep into Catalonia, gin tonics have become the fashionable drink. People sit outside on the street tables drinking them. Some bars serve only gin and nothing else. 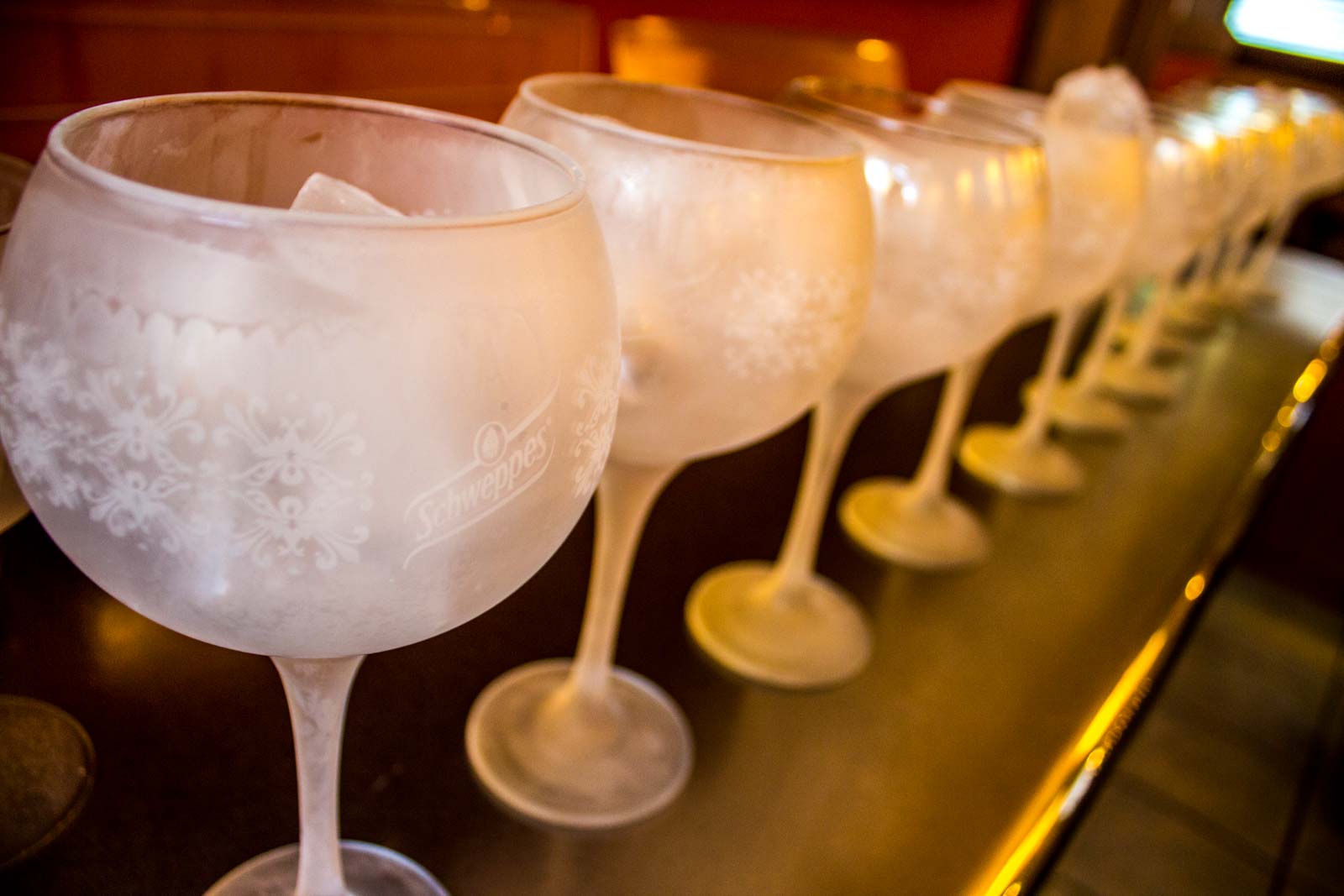 One of them is Els Cacadors in the small town of Ribes de Freser. It’s a family business that also has a restaurant and a hotel – but, of course, it’s the drinks I’m most interested in.

The good news is that one of the owners, Ramon Pau, has offered to teach me how to make the perfect gin tonic and let me taste a few different types.

“Ten years ago in Spain people drink wine, now it’s the same with gin tonic,” he explains. “Gin tonic is now a different category and it is a gastronomy.” 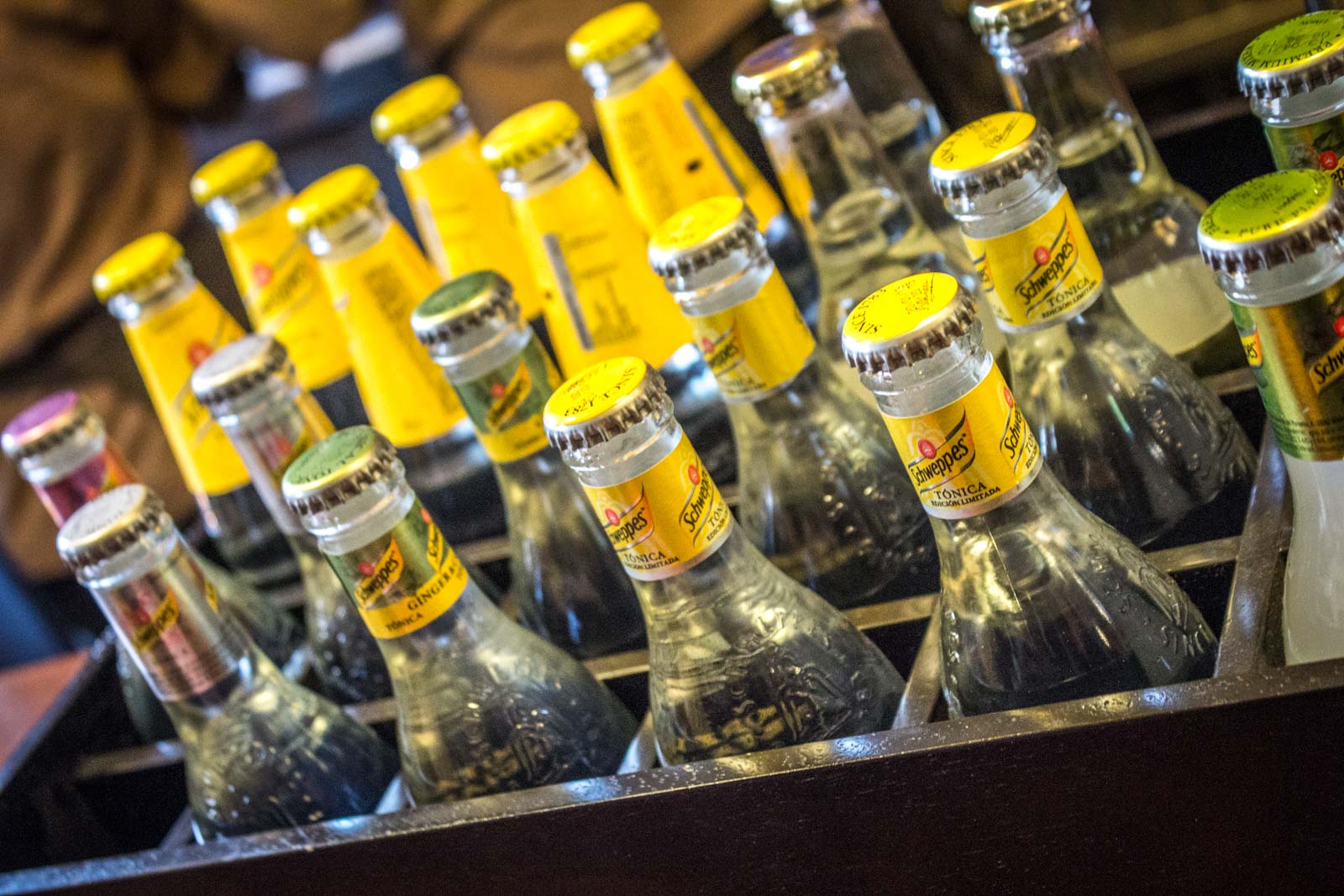 He would know. The bar has been in the family for four generations and he’s seen the change in the scene. I settled on to a stool at his bar, gladly accepted the first of the gin tonics and started to ask him to spill his secrets.

Here, now, I share how to make the perfect gin tonic.

The glass needs to help open up the flavours. The worst thing you can do is drink the gin tonics from a skinny glass.

I know it’s the popular thing in most bars and clubs you might go, but the experts prefer the bigger and rounder glasses. It’s all got to do with the ice, apparently.

Ramon uses two glasses to demonstrate his point. Have a look at the photo below: The skinny glass held three bits of ice while the larger one held eight. 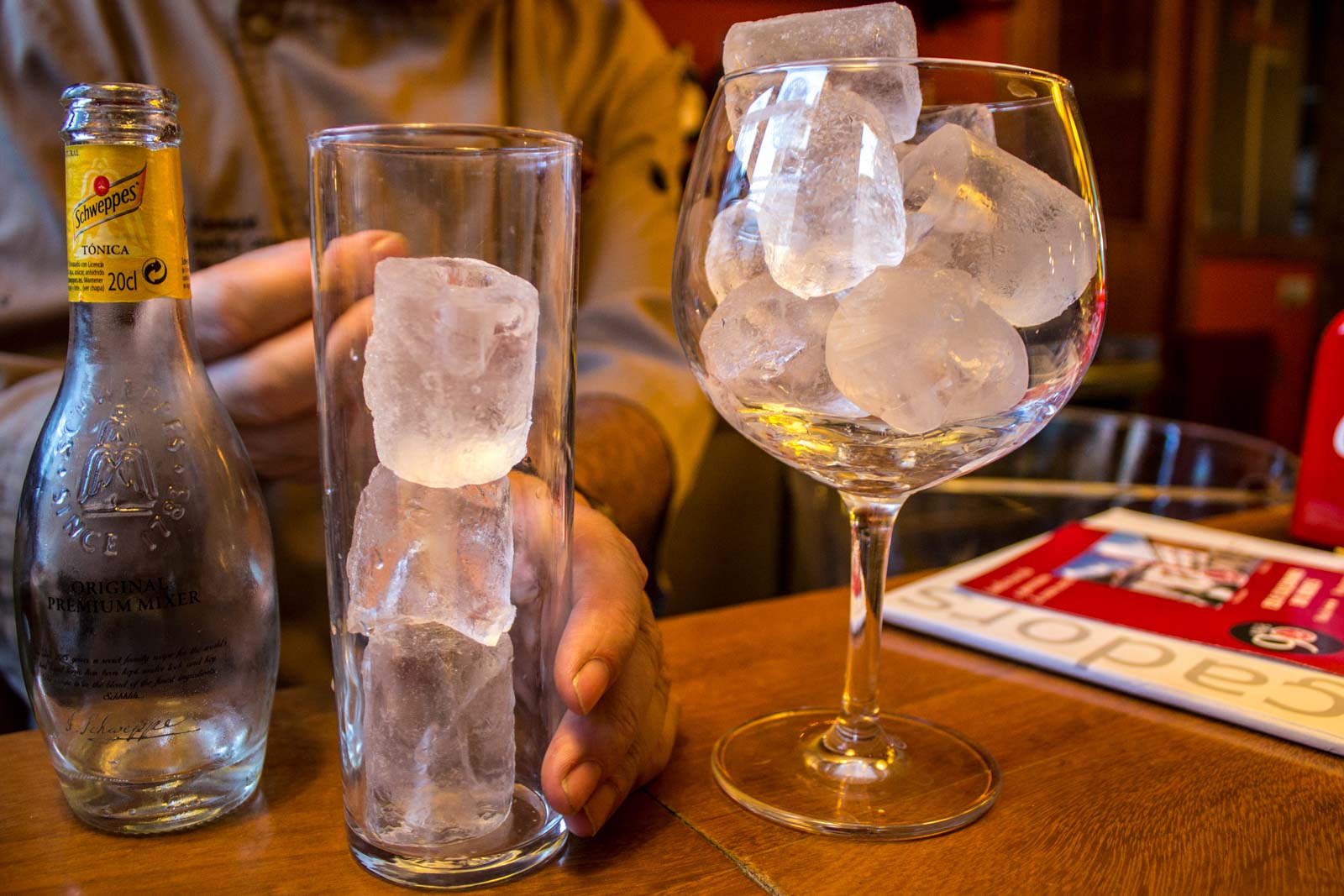 Ramon looks at me seriously when he makes this next point. “Water is the enemy of the gin tonic,” he says, as though discussing a lethal toxin that can’t be touched.

“Is there a best gin in the world?” Ramon asks himself. “No, there’s no such thing.”

But choosing the right gin for you is very important. He serves 50 types of gin at Els Cacadors and when he opens his new bar later in the year he’ll have about 100 on offer. Each gin has its own strength, its own fruit influences, its own bitterness.

My two favourites were a German gin called ‘Monkey 47’ and a British one called ‘One Key’. 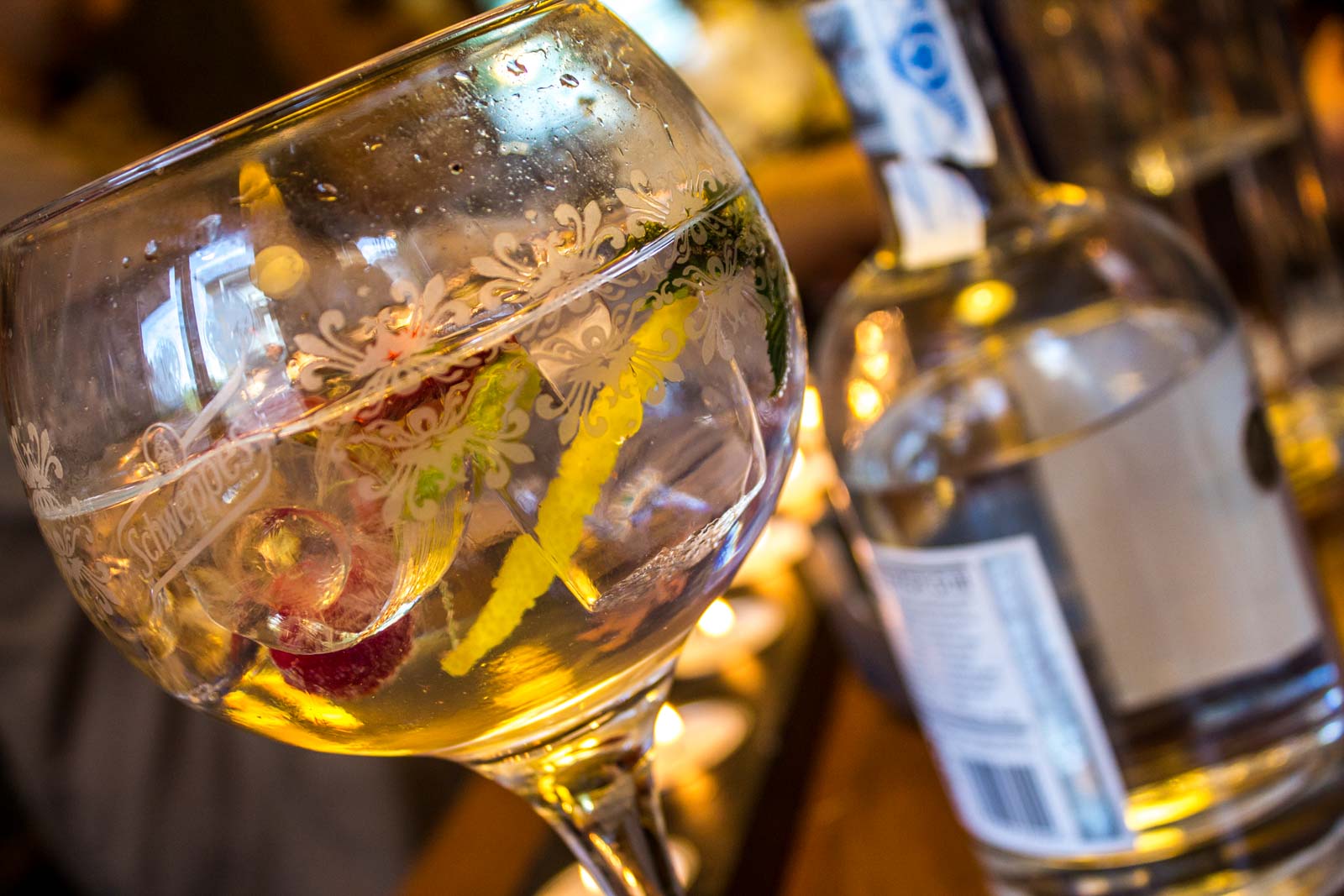 The standard for every gin tonic is a plain Schweppes tonic.

“That’s my reference,” is how Ramon puts it. It will work with everything… but then you can try some other tonics to see if you like them better.

“You can compare it with something more fun, more exotic, more botanic,” Ramon says.

For strong and dry gins, he recommends using the ‘azahar lavender’ tonic. For flowery gins (or ‘lady flavours’, as he calls them), Ramon suggests the ‘pink pepper’ tonic. And for cinnamon gins, try a ginger ale. 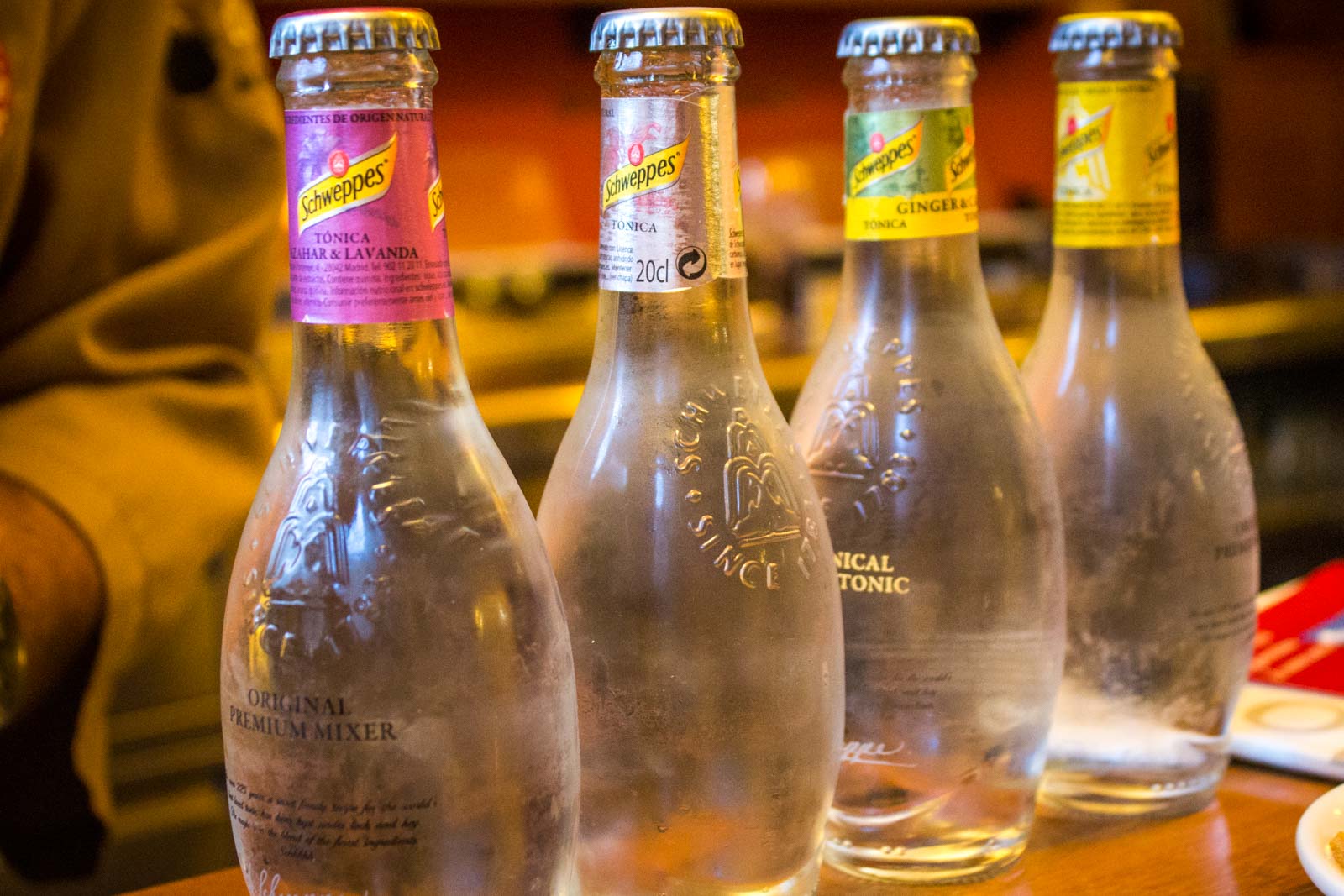 There isn’t too much room for flexibility here. The gin portion of the drink should be between 30 and 50 millilitres and the tonic should be about 200 millilitres.

“Not too much gin because the mixer must be friendly,” Ramon says. Originally I had found it a bit weird that he kept personifying the ingredients of the drink. Now it seems quite natural. I’m sure I wouldn’t be the first person who has spent an evening talking into my glass.

This is where I’ve always made the biggest mistakes. I’ve traditionally always used a wedge of lime in my gin tonics but Ramon looks at me with disgust when I tell him this.

“The acid of the lime or the lemon kills the gin,” he admonishes. He uses slivers of lemon rind as the main addition to the liquids. If you want to get a bit fancy, he says you can also use juniper berries, strawberries and mint leaves. 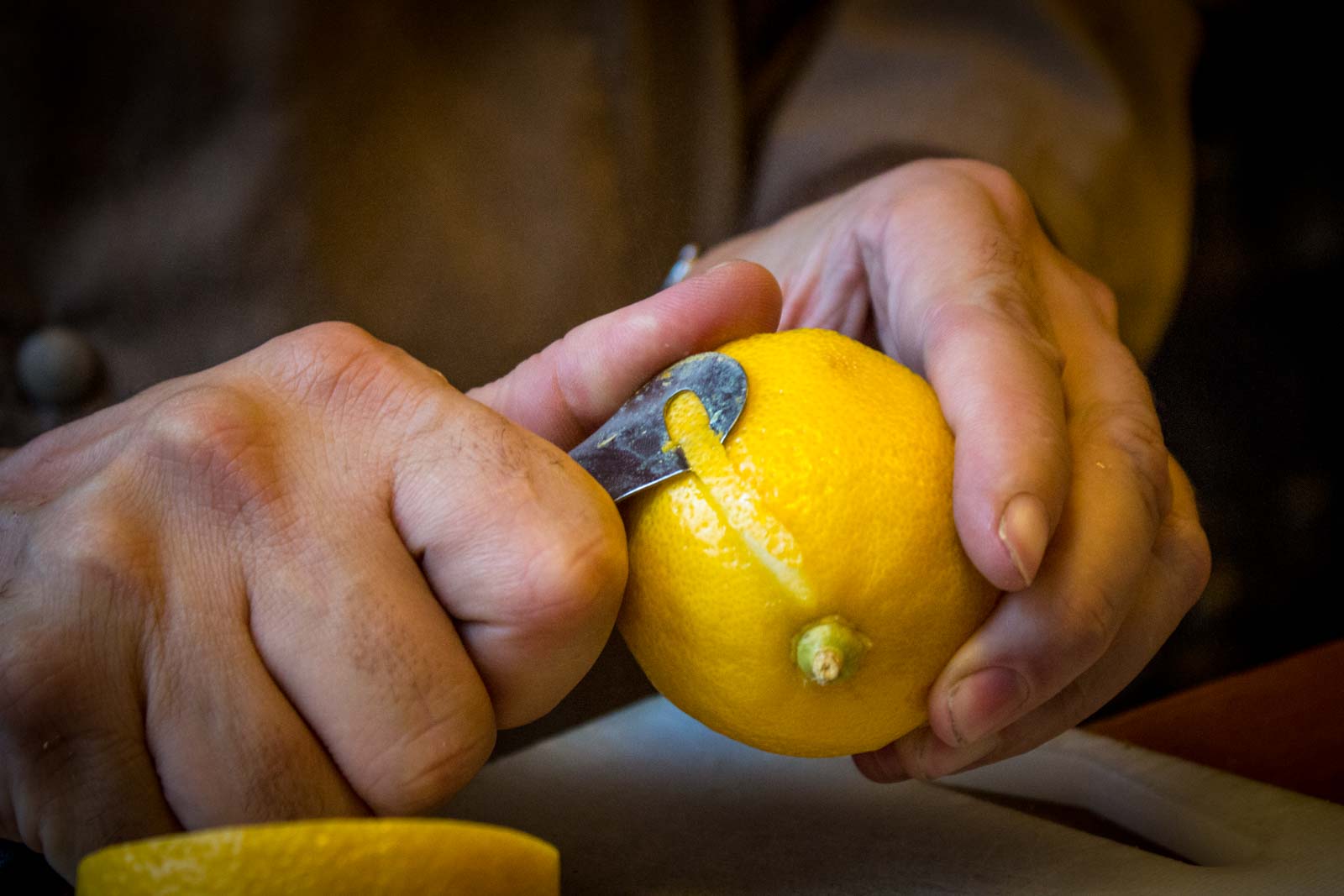 We’re on to our third glass of gin tonic by now. Actually, let me rephrase that. I’m on to my third gin tonic. Ramon has maintained a peculiar degree of professionalism through all of this. That’s because, for him, this is something serious. It all makes sense when I ask him to share his most important tip. 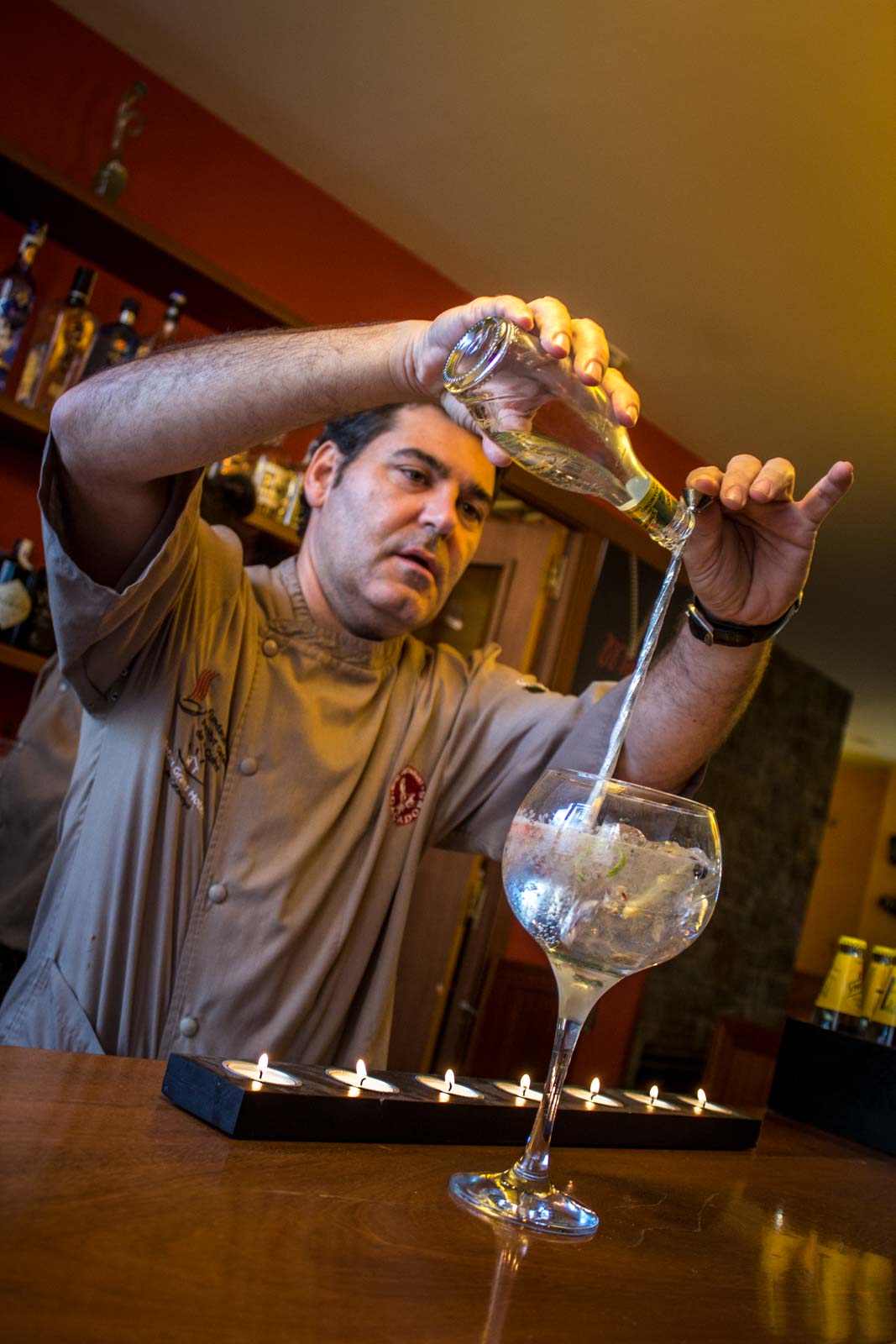 He smiles. There’s no hesitation – he knows the answer immediately. “The most important thing is the company and the friends.”

>> More info about the gin bar at Els Cacadors