How to see the Last Supper in Milan

Once again, my plans have been sabotaged by not planning enough.

When I realised I was going to be in Milan for a few days, I thought I would be able to visit another World Heritage Site. I have done quite a few of the sites in Italy but, as the country with the most places on the World Heritage List, there always seem to be more to do. 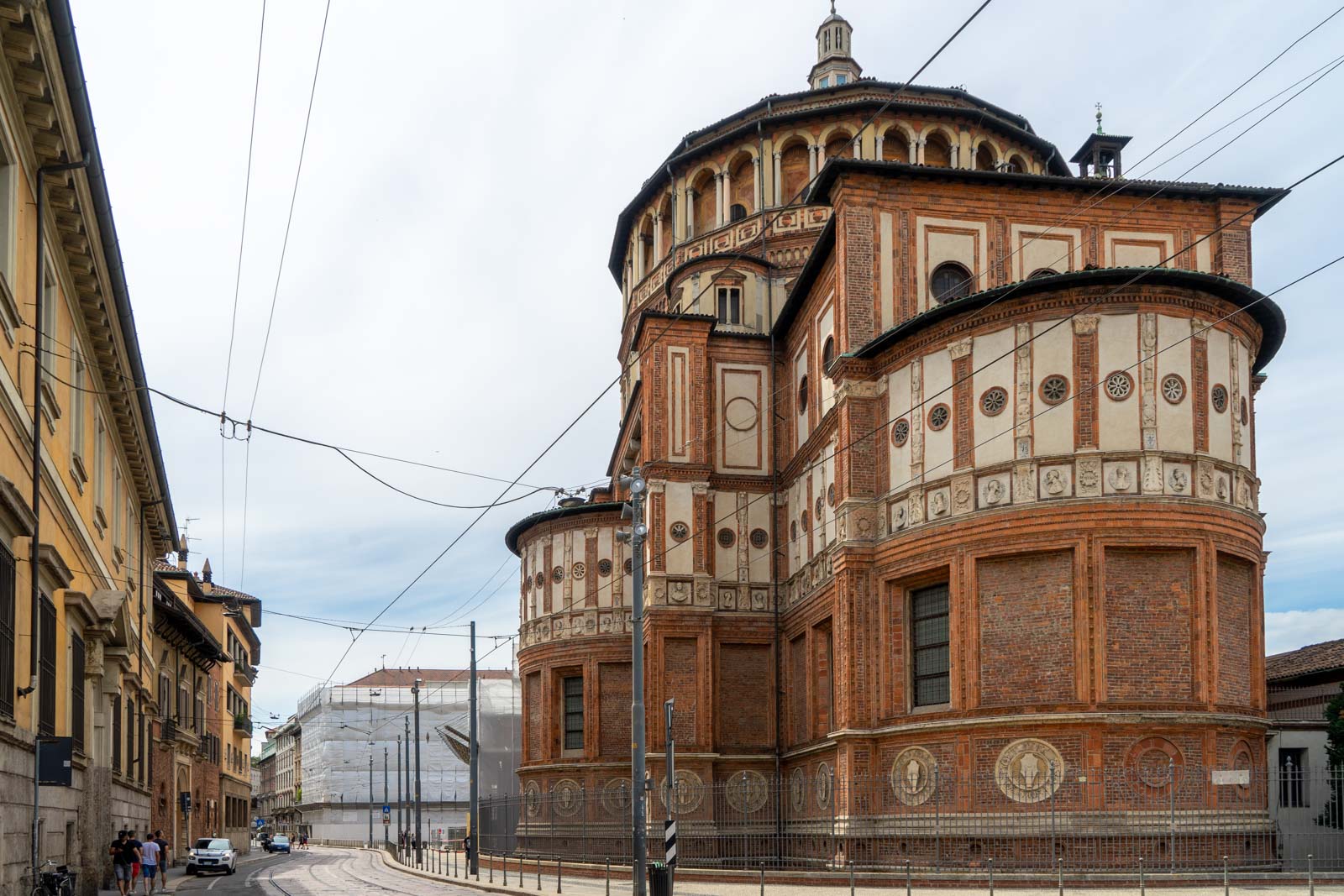 The World Heritage Site in Milan is an interesting one. Officially it is called ‘The Church and Dominican Convent of Santa Maria delle Grazie’. But for most visitors, it’s just ‘the place where you can see the Last Supper’. 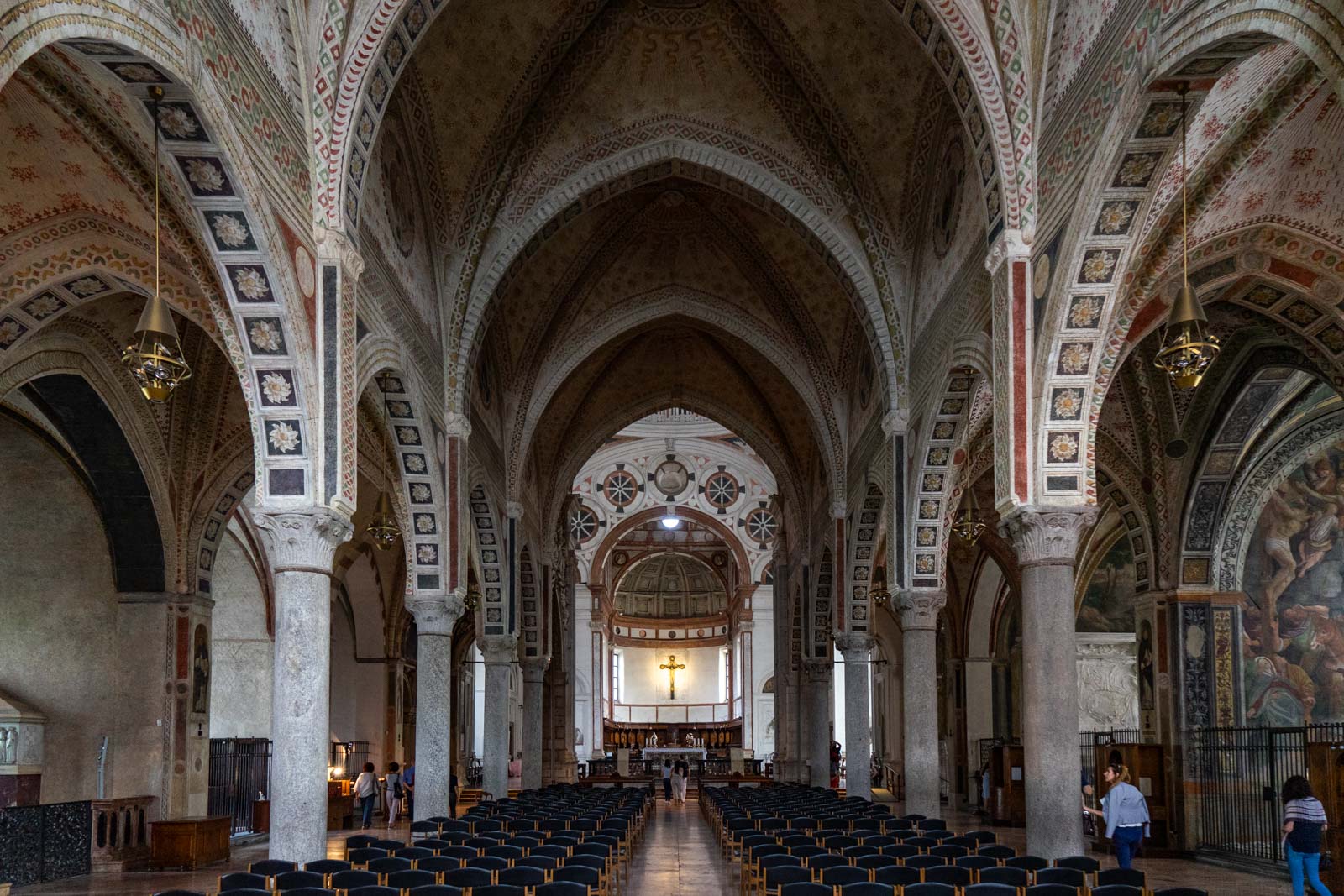 The problem is that the Last Supper is in a relatively small room of the convent and the number of people who can visit it is limited. Tickets go on sale in advance for specific time slots each day – but they are usually sold out months in advance.

Who plans a trip that far ahead of time? 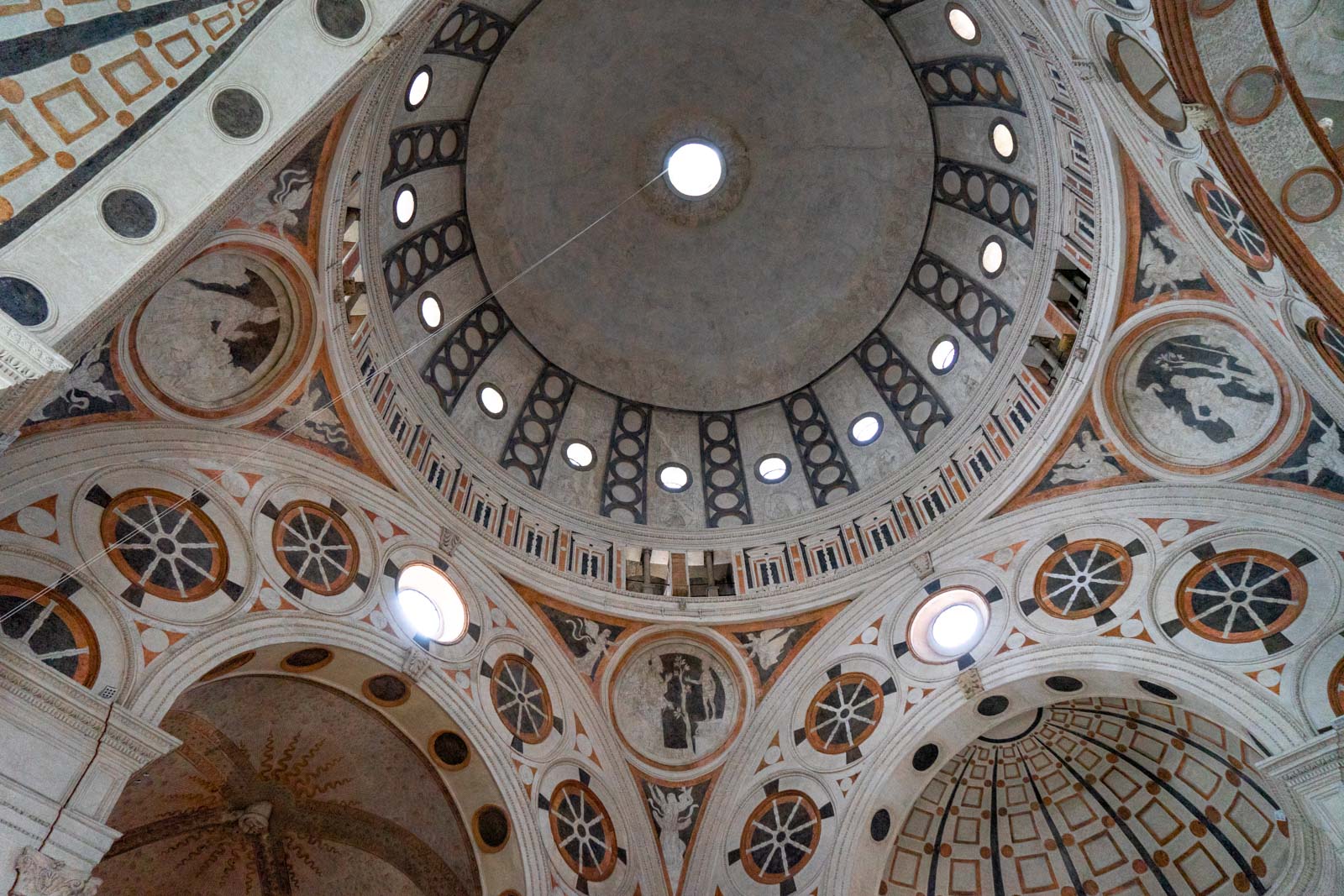 It’s a shame that it’s difficult for large numbers of visitors to see it because the Last Supper is a true masterpiece.

What is the Last Supper?

The fresco was painted on the wall of the Convent of Santa Maria delle Grazie’s dining room between 1494 and 1498 by Leonardo da Vinci. It shows the final dinner of the life of Jesus, where he eats with his disciples and declares that one of them will betray him.

The Last Supper is impressively-large: 4.6 metres high and 8.8 metres wide. But it’s not just the scale that makes it so special. 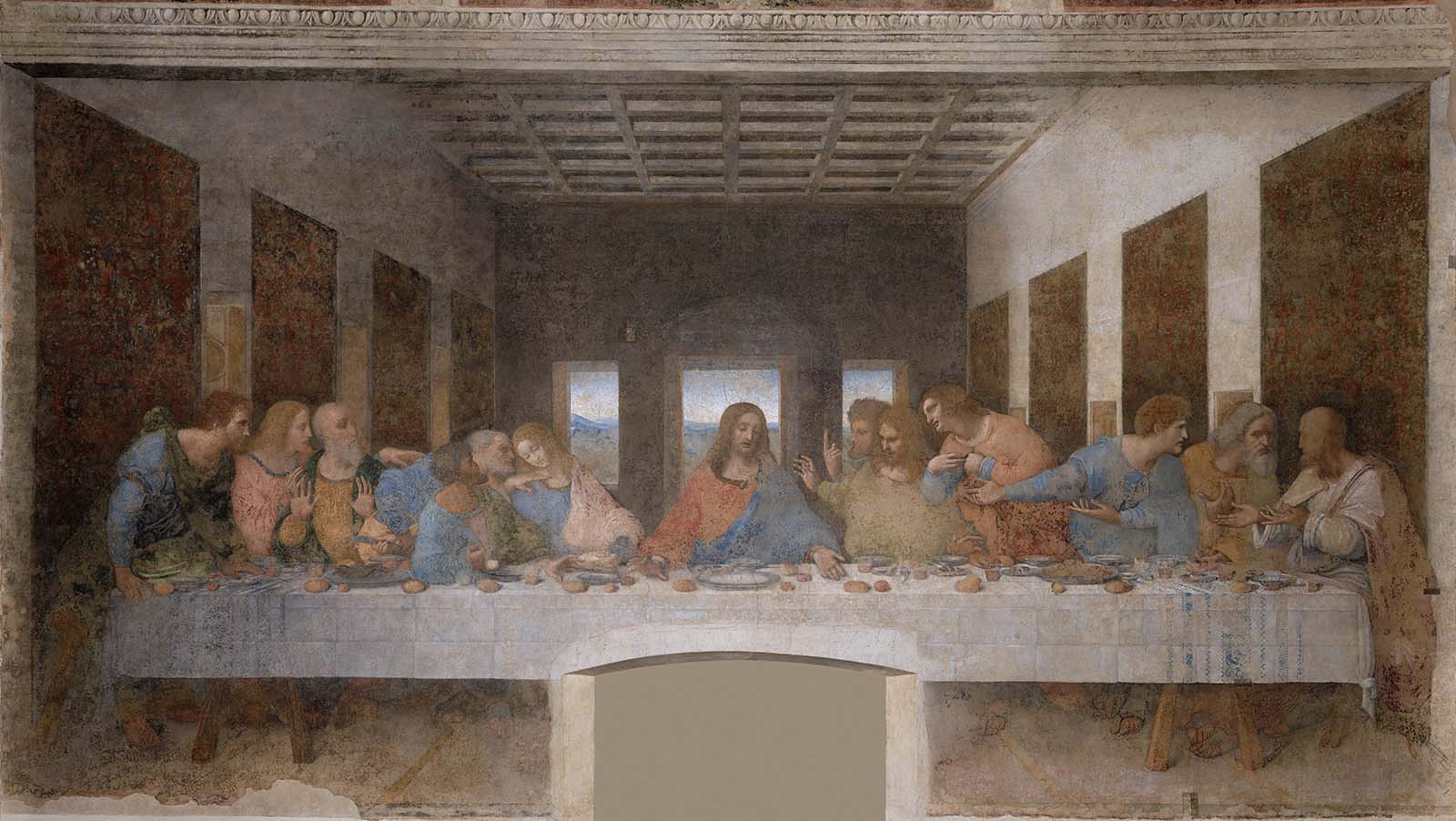 Leonardo da Vinci has used the space to create a scene that simultaneously draws you in and jumps out at you. He has painted Jesus in the middle, creating a pyramid with his arms. Around him are the apostles, in four groups of three people each, symmetrical but unique.

It’s also worth mentioning that Da Vinci used a technique that was not common at the time. He painted the fresco dry on the wall, created layers of temporary paint, and used materials like gold and silver foils.

Although this was quite innovative at the time and would influence artists styles in the years to come, it has also made the Last Supper much harder to preserve and restore.

Getting tickets for the Last Supper

If you are more organised than me (or are lucky enough to be visiting on a day when nobody else is in Milan), you can try to buy a ticket to see the Last Supper at the official site here.

If there are none available, then there is another option. There are quite a few tour companies that get an allotment of tickets that they can use for their guided tours. They tend to be more expensive but at least it guarantees you a spot at the last minute.

Here are a few options that I would recommend (and, to be honest, they’re all pretty much the same).

And then there’s the final way to approach this – it’s the easiest and it’s free. 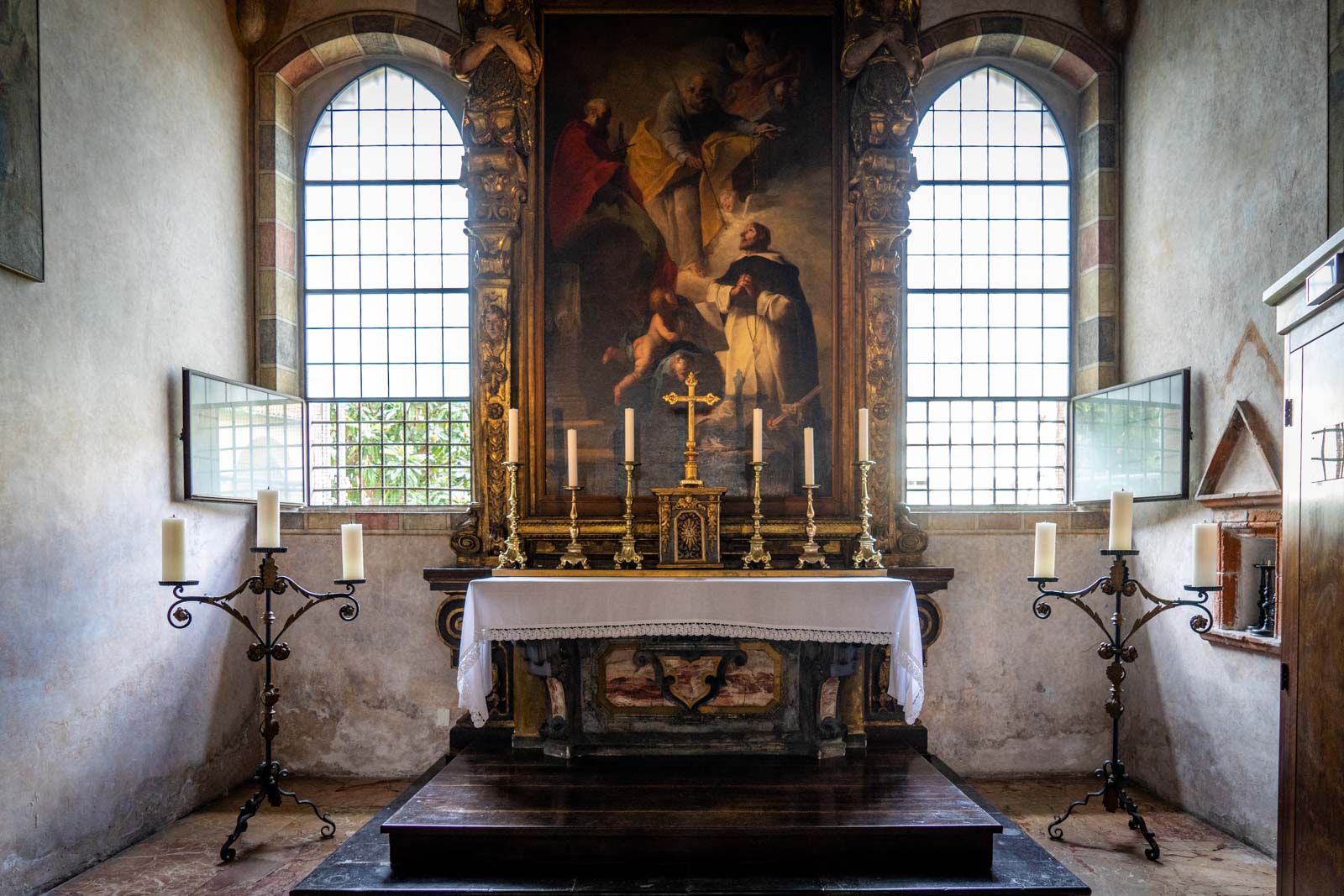 While it’s the Leonardo da Vinci’s masterpiece of the Last Supper that gets most of the attention (and rightfully so), there is much more to Milan’s World Heritage Site than just the fresco. The church itself is also quite spectacular. 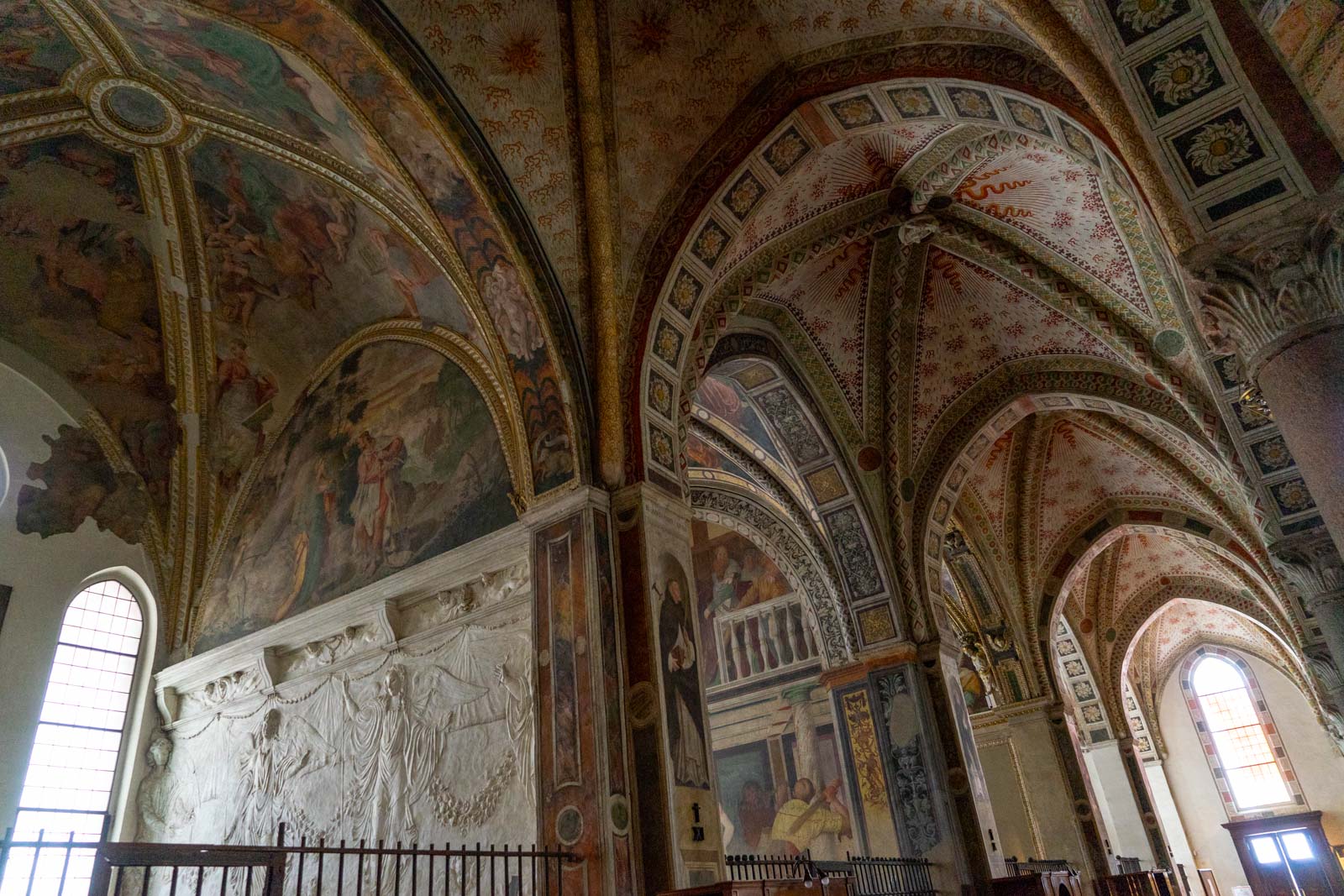 Construction on the Church of Santa Maria delle Grazie was finished in 1482, just over a decade after the adjoining convent was completed.

In many ways, it is an emblem of Renaissance Catholic art, in one of the most important cultural and artistic crossroads in Italy. Even if you can’t get a ticket for the refectory, you’ll find plenty to see in here. 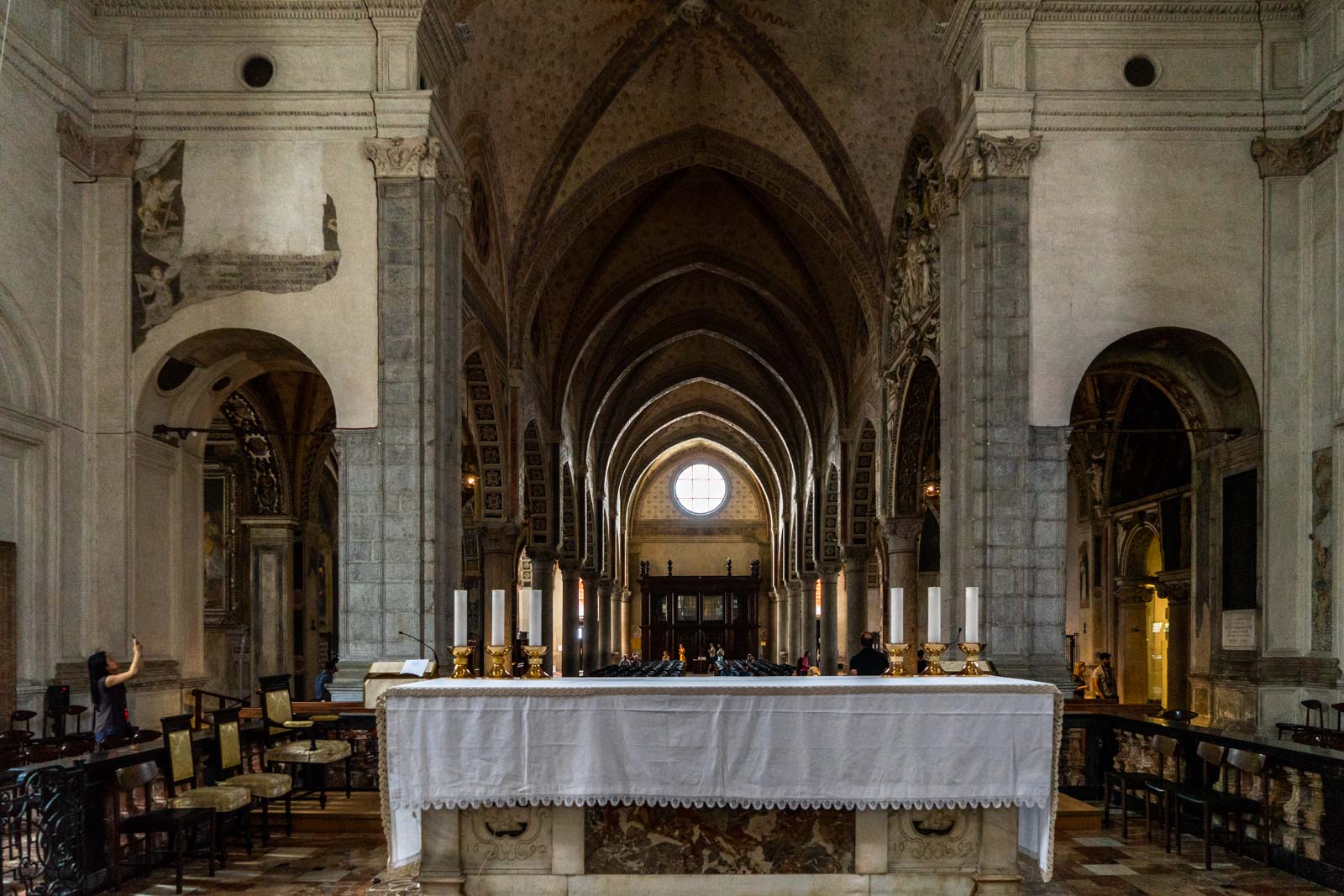 There are eight square chapels on the sides of the church that you’ll  notice as you walk towards the altar. They were once sponsored by the wealthy and powerful families of Milan, who then decorated them with their favourite artists of the time. 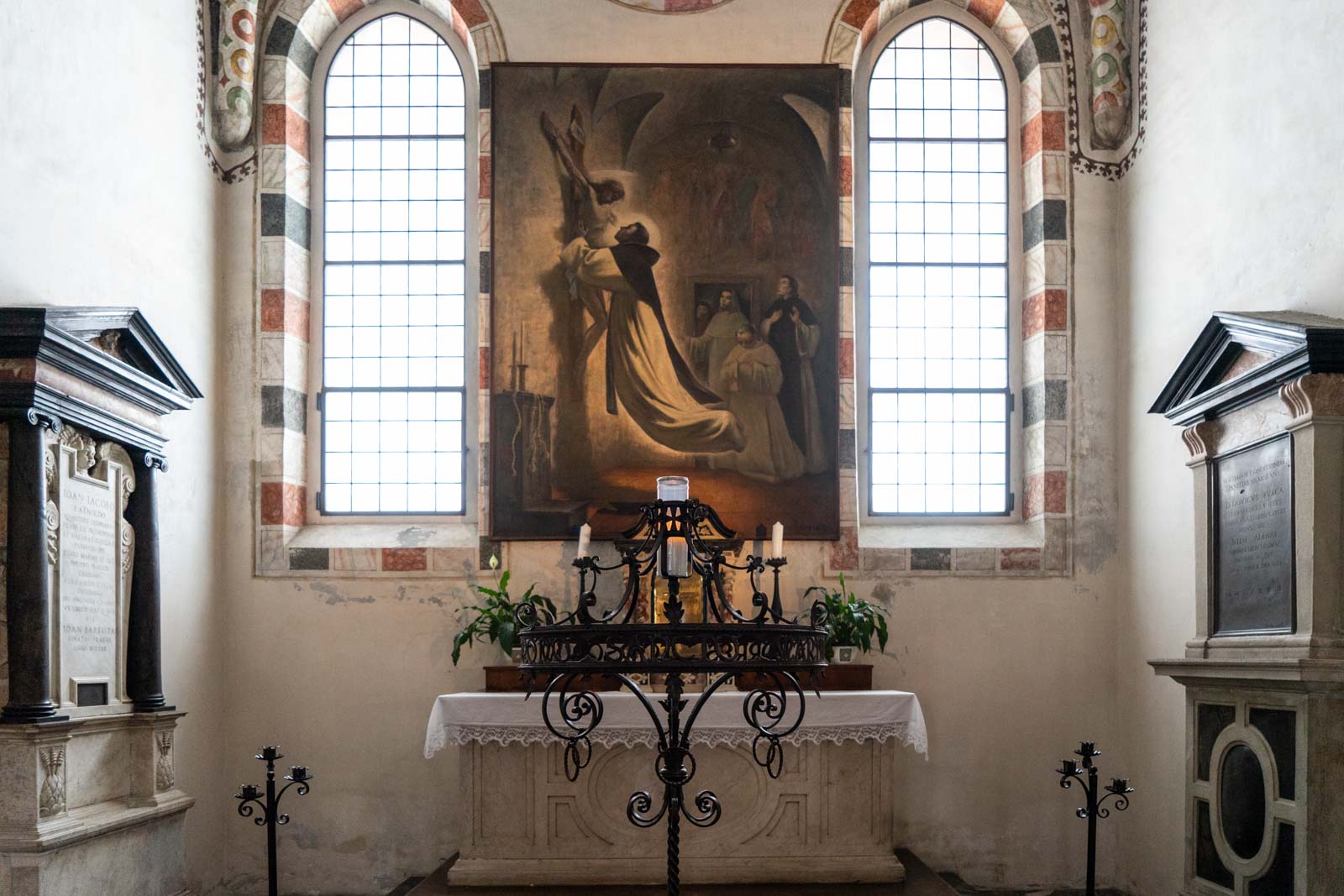 There is also an old Gothic part of the church that has famous  frescoes that are worth having a look at. Also, be sure to gaze up and see the engravings in the dome. 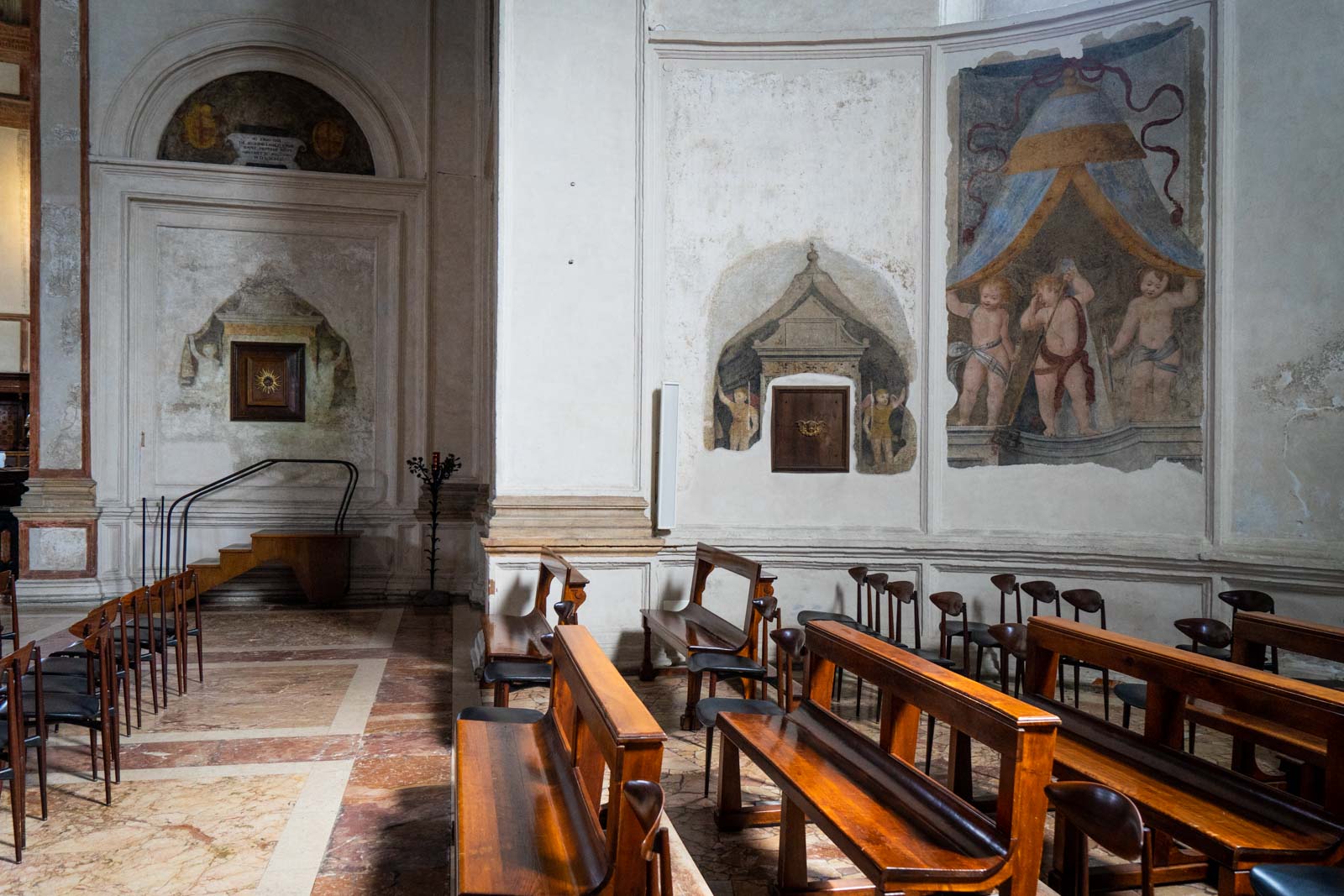 I would also suggest going out the back of the church to a small cloister called ‘Cloister of the Frogs’ because of the four frogs around the rim of the central fountain. 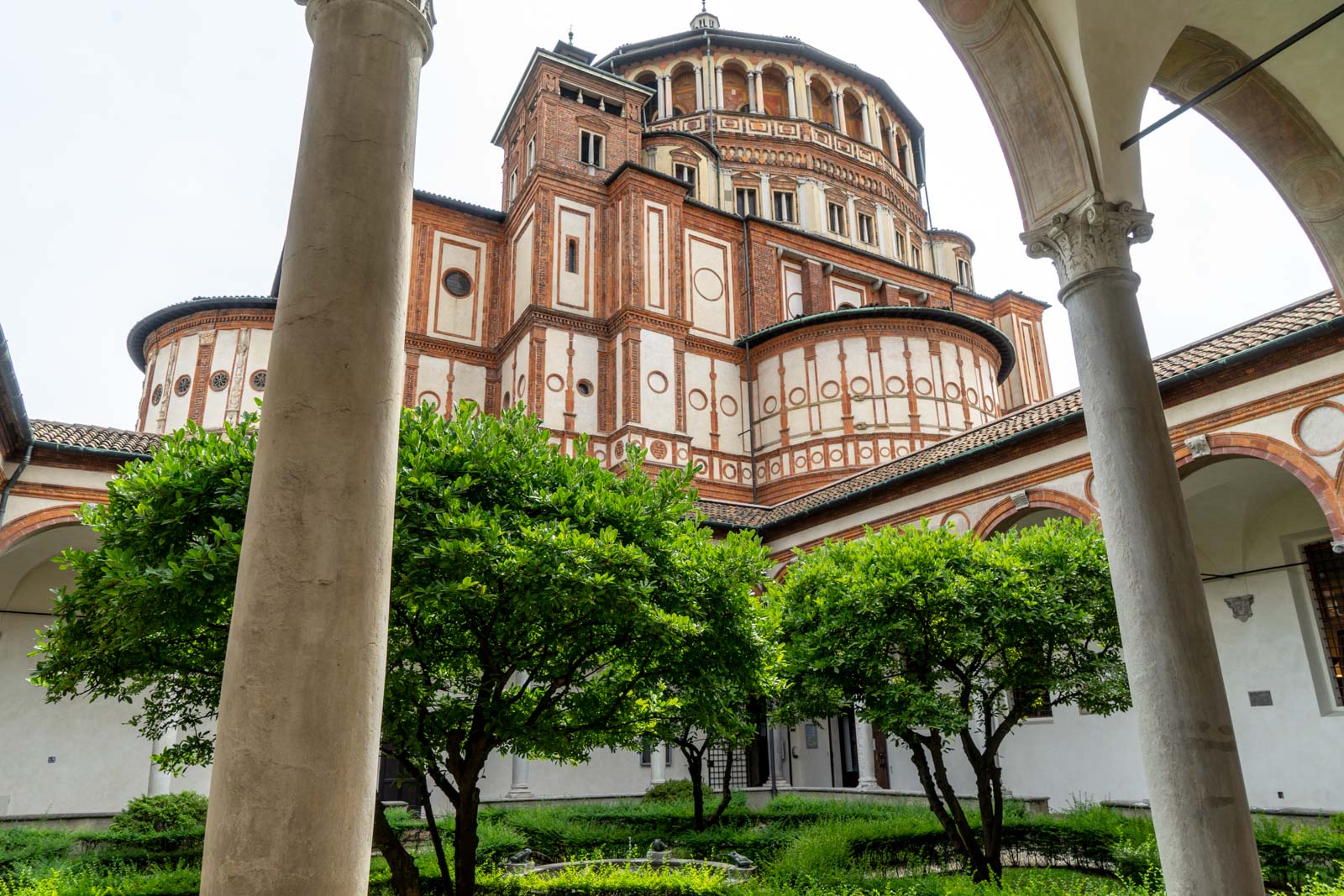 In the end, it can be a little disappointing to get all the way to Milan and find that you can’t see one of the city’s highlights. If you still really want to see the Last Supper, remember that you can do a tour like one of these ones:

But, otherwise, be satisfied with just the Church of Santa Maria delle Grazie. It is still a masterpiece and a World Heritage Site.

And who likes planning in advance anyway?