Do you remember that scene early on in The Beach? You know, the one where Richard is in a dingy room of a backpacker hostel in Bangkok?

(By ‘Richard’, I mean ‘Leonardo DiCaprio’, for those who are more familiar with the critically-panned but cultishly-adored movie than the amazing Alex Garland novel.)

It’s a room that many travellers would dread to stay in – humid, dirty and somewhat claustrophobic in its heat and poverty.

But there is also something toxically-appealing about it for the young adventurer because it represents the promise of a new world, a place without boundaries where the dinginess is seen as a portal to limitless depravity and uncontrollable perturbations. 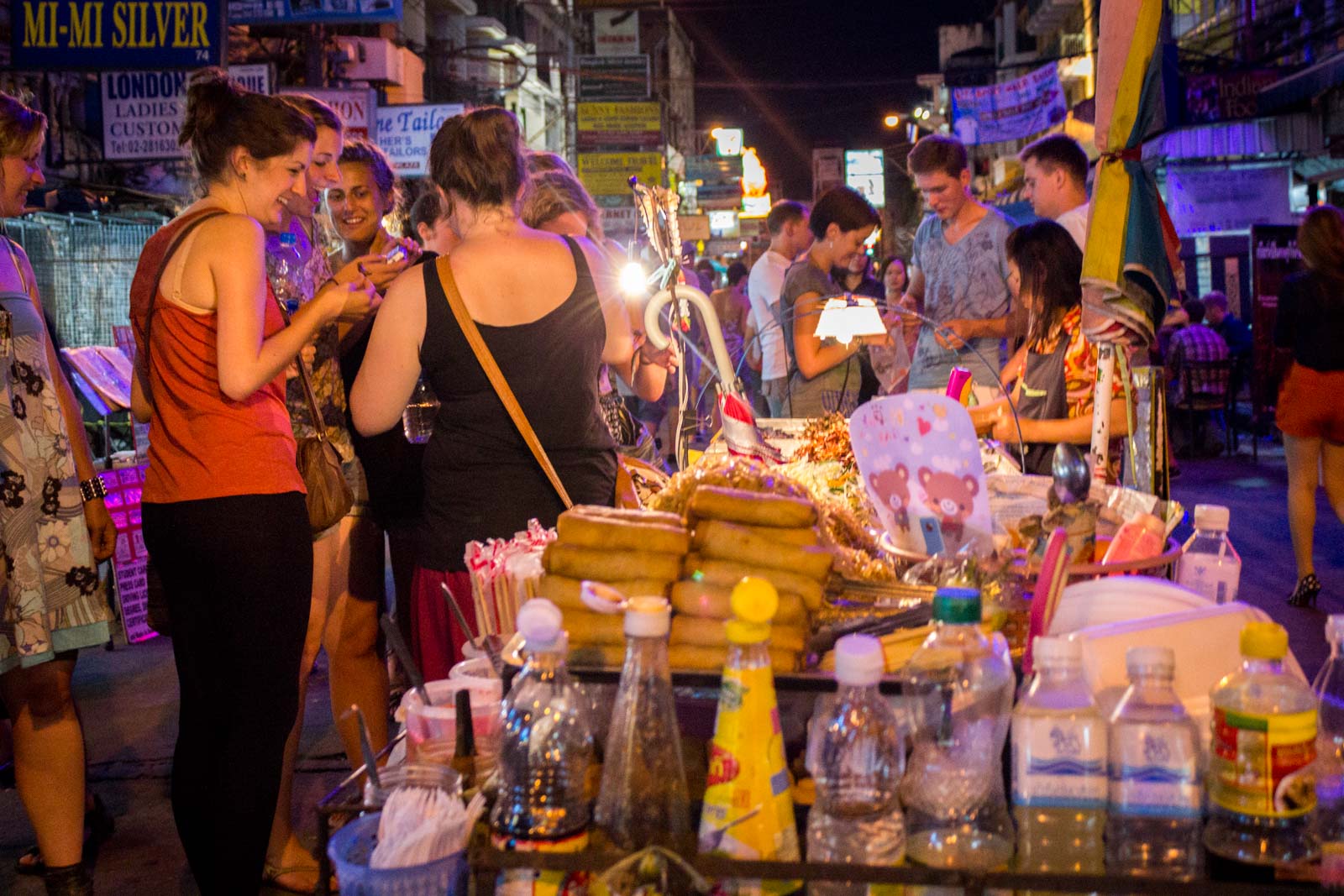 This is Khao San Road, the home of the backpacker hordes of South East Asia. For years it’s been the base camp for travellers making expeditions to outlying parts of Thailand or into neighbouring countries like Laos or Cambodia.

But over the years it’s changed, as have I, and on my latest stop there I hardly recognised the place.

Don’t misinterpret me, the street still looks quite similar from a superficial physical assessment.

There is now a 24-hour McDonalds, which looks out of place as much for its American-ness as its cleanliness. But otherwise it’s pretty much the same bars, restaurants and hotels on the strip.

The street stalls still sell cheap noodles, cheap buckets of alcohol and cheap t-shirts that are designed to prolong laundry day rather than take pride of place in a wardrobe.

And there are still cheap Thai restaurants (although I don’t know how the customers survive them).

And, most importantly, there are still large throngs of backpackers from every part of the world mixing together, sharing tales from the adventures they’ve just come back from, or talking excitedly about the ones they’re about to embark on. It’s in these backpackers, though, that I see the change. Or, at least, my perceptions have changed.

For once there was a time where I was one of those young explorers, drinking on the street and chatting happily to fellow travellers about the promise of discovery.

Now, all I see are drunken louts who are more interested in debasement of themselves and the culture around them.

In conversations overheard and actions espied, I sense the focus is on the party rather than the joy of experiencing a new country.

To put it bluntly, the backpackers of Khao San Road seem young, obnoxious and ungrateful.

All night, as I try to sleep in my small plain room, I am woken up by the noise of parties on the street or by people coming home in the corridors with loud voices heavy with intoxication and revelry.

During the day I’m confronted by figures who seem fatigued by the excesses of the previous night, with no plans except to recover and do it all again. 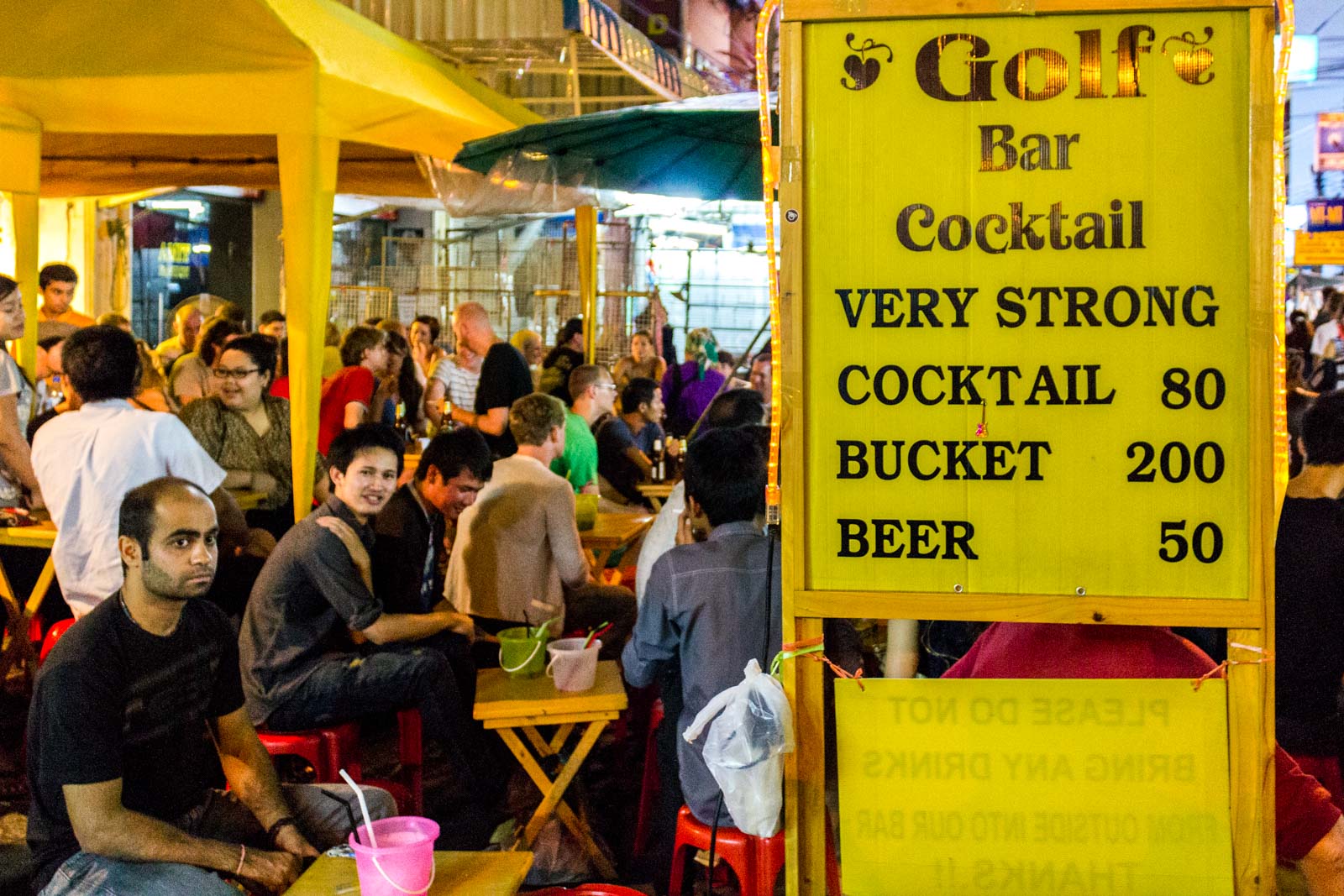 I must stop myself mid-thought now, though, to wonder whether they are any different to the thousands who have come before them, myself included.

Were we all like that once and am I only being judgmental through the lens of an older more-seasoned traveller?

Have I not deliberately travelled to “party places” around the world to let loose and shake the shackles of whatever stress ailed me?

It troubles me, ultimately, not to think that the road has changed so much but that perhaps I have.

There are so many places to stay in Bangkok, it can be hard to know where to start! However, I would recommend either around Silom or Sukhumvit because that's where you'll find the best selection and the most convenient transport.
The best accommodation in Silom
If you’re looking for a fun backpacker option, then I would suggest HQ Hostel Silom.
There are a few budget options, but I would recommend looking at Chocolate Box Mint.
A cool funky hotel in Silom is the W Bangkok.
And for the ultimate luxury, I would recommend going across the river to the beautiful Peninsula Bangkok.
The best accommodation in Sukhumvit
There's no better party hostel in Bangkok than the Slumber Party Bangkok in Sukhumvit.
A good cheap and comfortable hotel that I would suggest is the 41 Suite Bangkok.
For a very cool boutique hotel, I think the Bangkok Publishing Residence is awesome (but a little out of Sukhumvit).
And there are quite a few good luxury hotels to choose from in the area but I think the best is the Sheraton Grande Sukhumvit.