I’ve seen it time and time again. When there’s the blackness of disaster and despair, the colour of art always comes to fill the void with brightness. It’s no different here in the US city of New Orleans.

Ten years after Hurricane Katrina struck, the arts scene has come back bigger and better than ever. I get my first taste of it (although it’s more of a ‘banquet’ than a ‘taste’) at the annual White Linen Night event in the traditional art part of the city.

About 20 minutes walk from the edge of the famous French Quarter, this is where artists have displayed their work for decades and now where a new generation of contemporary artists are establishing their base.

There are dozens of galleries spread amongst the blocks here. For the White Linen Night event, they are all open.

The streets are closed to traffic, the crowds are dressed in white, and everyone mingles and wanders, looking at the various exhibitions. 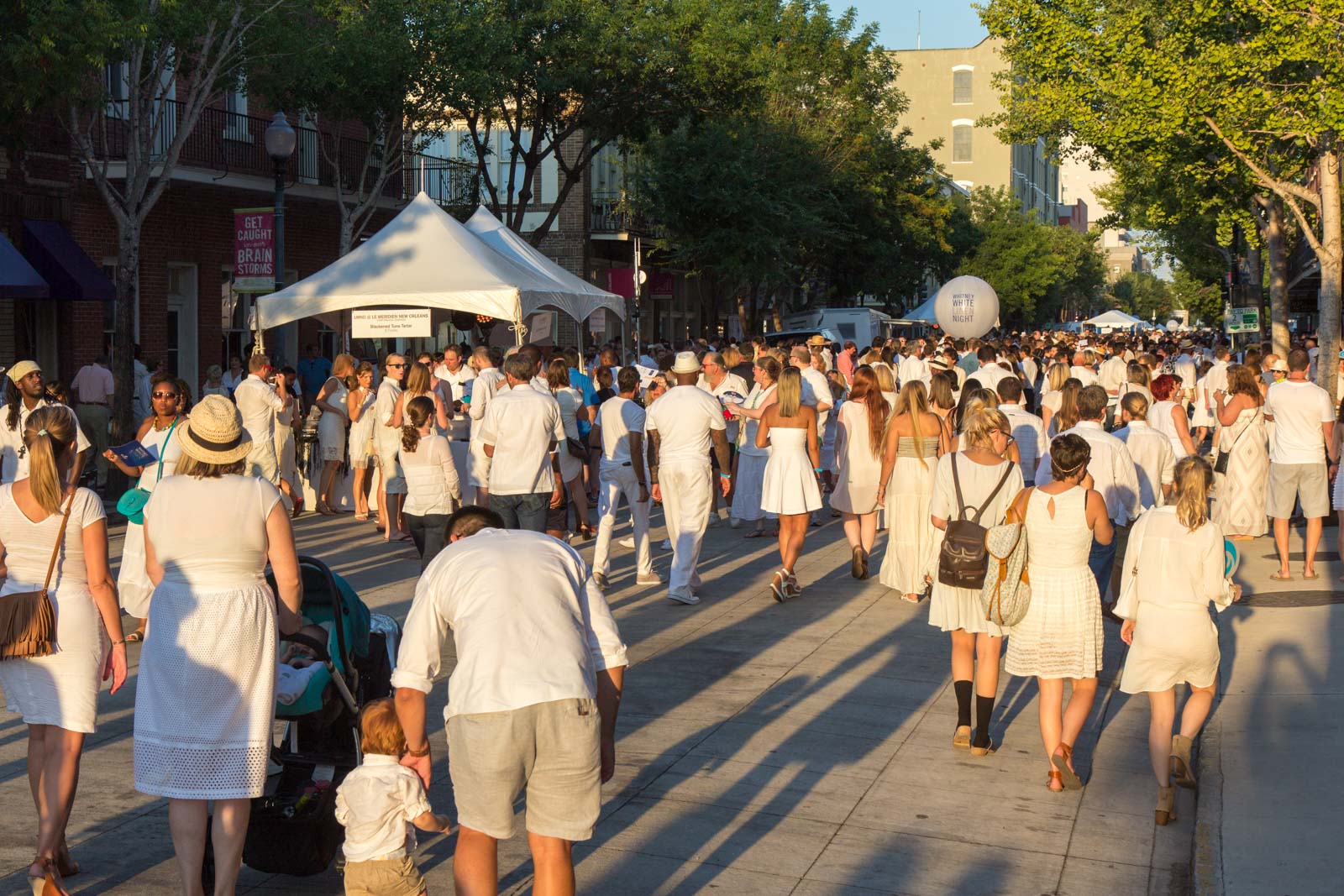 Things have come a long way in the decade since much of New Orleans flooded. It’s not just the physical reconstruction of neighbourhoods. There’s also been a shift in the collective sense of community – and what a community should be known for. 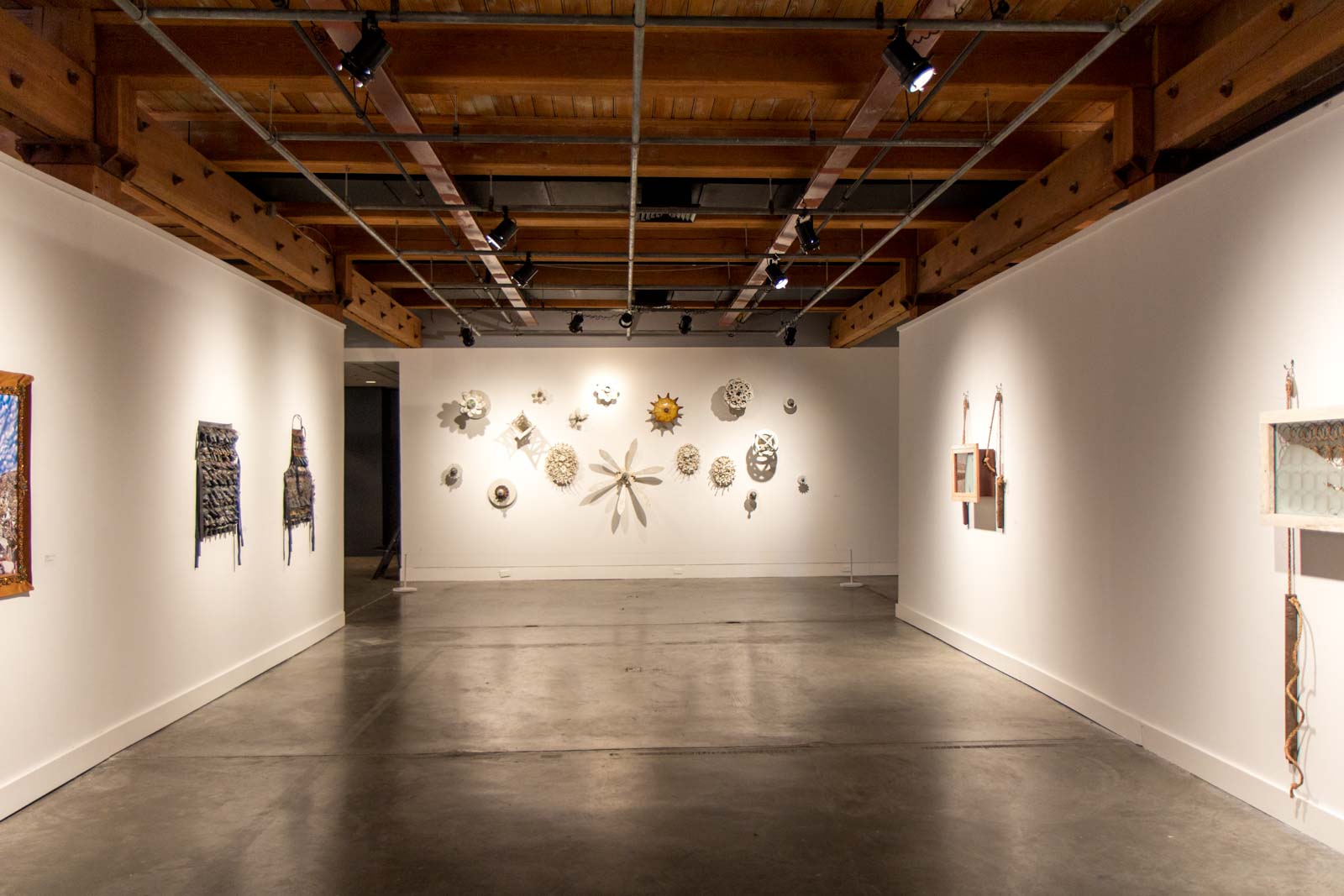 A couple of days after the White Linen Night event, everything has quietened down in the art district.

It’s a weekday afternoon so there aren’t too many people on the streets. I decide to use this calm to explore the area a little bit myself and pop into some of the galleries.

I’m keen to talk to some of the gallery owners, curious about their opinion on what’s been happening here in New Orleans in recent years. Borislava Callan co-owns the Callan Contemporary gallery on the main street of the art district and she’s happy to have a chat when I wander in.

She is in a perfect position to have seen the development of the creative scene over the past decade.

“We opened the month of Katrina, ten years ago, so we had to close the gallery initially,” she tells me. “It was a very dramatic event but I think overall it has had a very positive impact because it drew the attention of a number of really fabulous sources on the international art scene.”

“More galleries opened and there is a very vibrant art scene of young talents in a totally different area of town.”

So new galleries opened, but what about the attitude of the artists here. I ask Borislava about whether she thinks that has changed.

“It was an event that made people reassess and not take things for granted and really put the effort into creating something new. It was very dramatic but also very creative.” 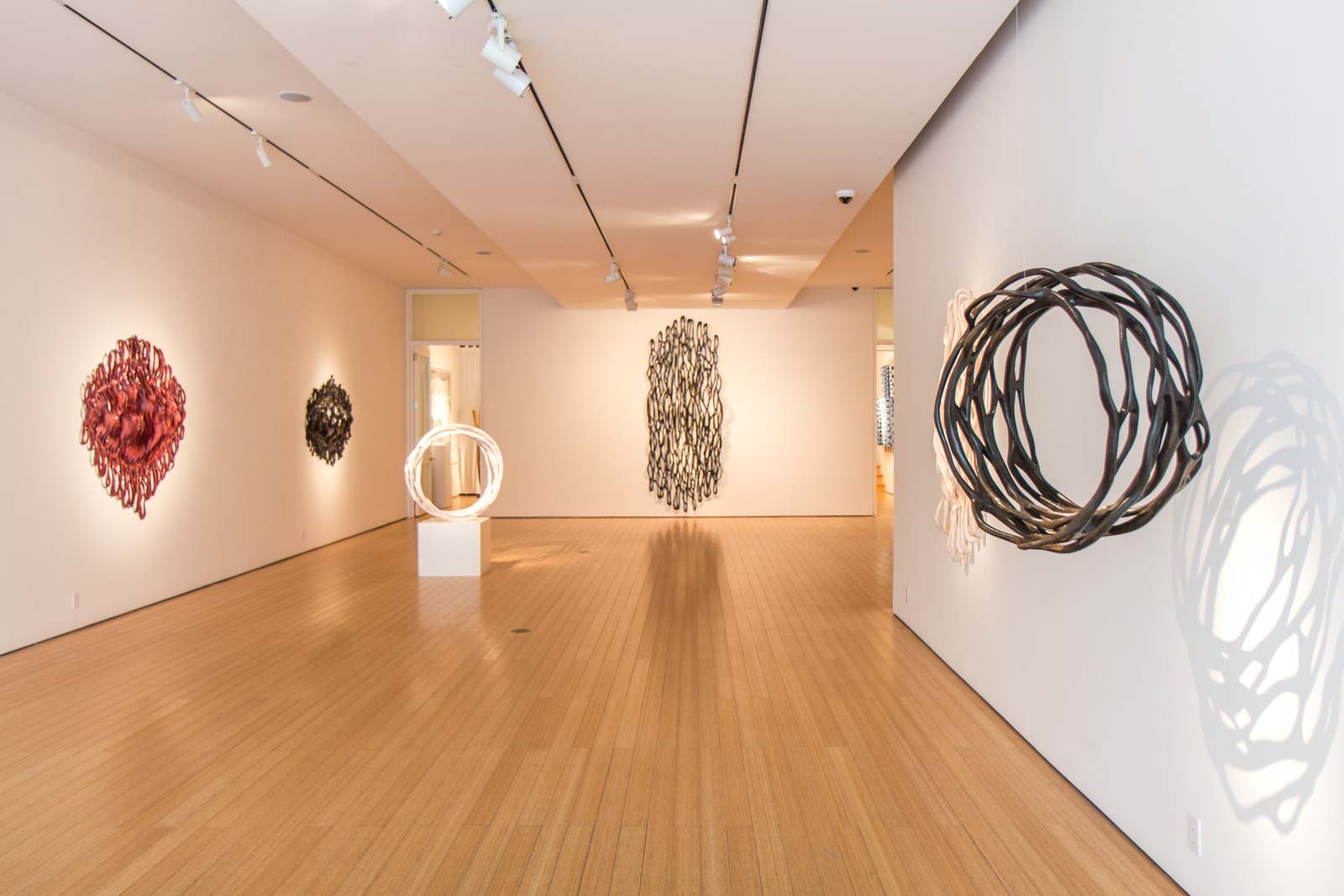 I thank Borislava for her time and wander a little bit further down the street.

It doesn’t take long to get to the next gallery. It never does in this area – they’re all almost next to each other.

At the Octavia Art Gallery, I meet the director Emily Siekkinen. 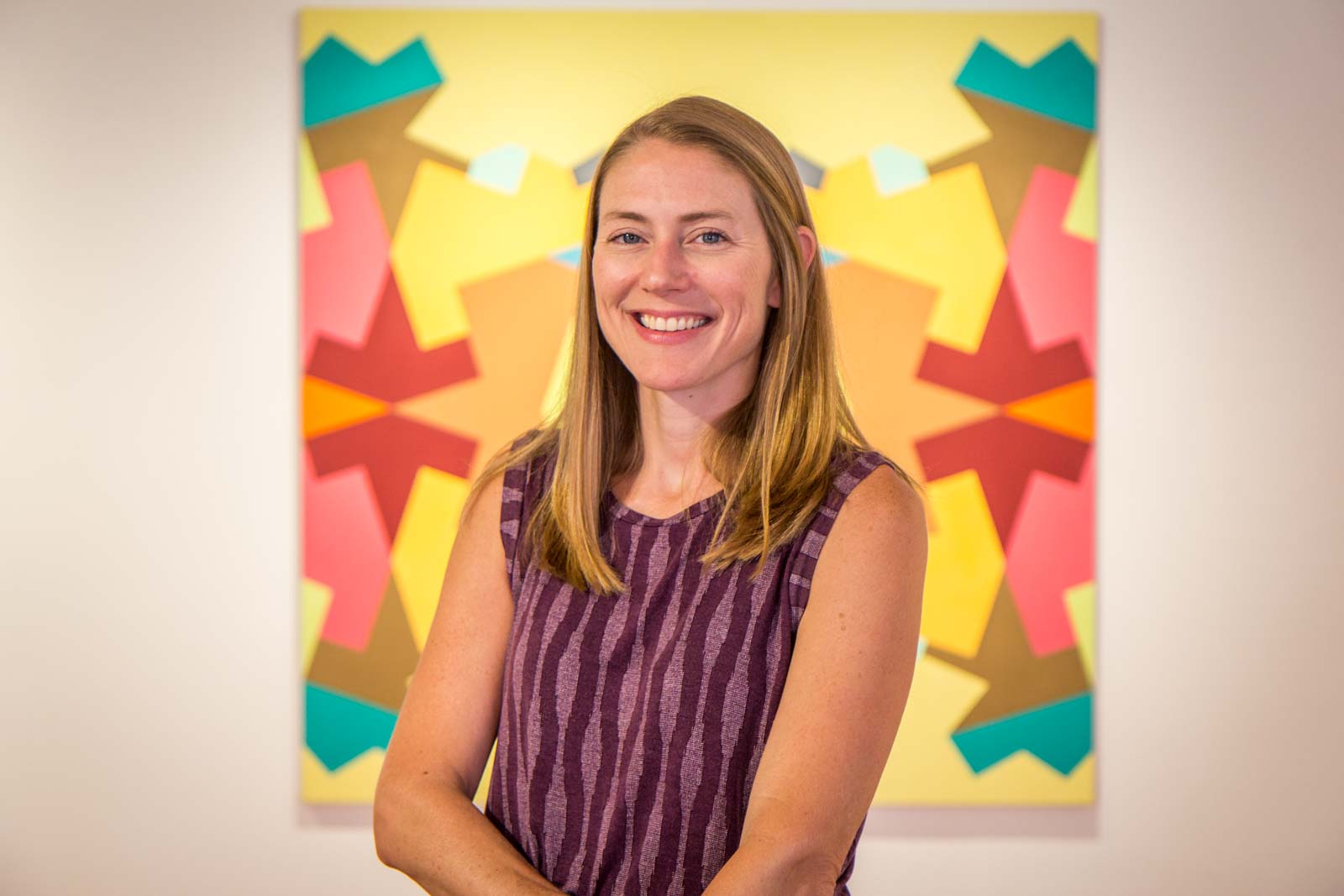 When I start chatting about the changes here, and the attitude of the artists, she points out that it didn’t just change the thoughts of the local artists – but also other US and international artists.

“People outside of the city are really interested to see what’s coming out of New Orleans,” she explains, “which helps our artists a lot and allows for growth in the arts.”

With all these people now looking at the city and what was happening during the recovery, many of them suddenly saw the positives of this humid Louisiana swamp city.

“It seems like since Katrina there’s been a large influx of young professionals to the city,” she says.

“I think that includes artists in the visual arts as well as film is really huge in New Orleans at the moment, so a lot of that industry is setting up shop here. Also theatre and music – everything.”

“New Orleans is a very open, creative place that allows for a lot of freedom for artists and I think the quality of life here is very good, the cost of living is not too high and that also helps for creativity and artistic endeavours.” What Emily says rings true with me. I’ve noticed it during my time here and I can even see the changes since I last visited more than four years ago.

Whether it’s the fashion, or the food, or the nightlife – there’s a new creative young feel in parts of New Orleans.

A bit further down the street I find the Arthur Roger Gallery, which is one of the most established galleries in the city. Arthur Roger himself is overseas at the moment but, when I go in, I find Rebecca Rigney there.

She’s been working for about four years and I’m not the first person she’s met who feels like they’ve discovered something new here.

“I think it’s a well known secret,” she says to me.

“Anyone who is familiar with the contemporary arts scene knows that we are in it but we, of course, always see people surprised.”

“I think it is a surprise to people who have a certain idea about New Orleans in the stereotypical sense of what the city is.” 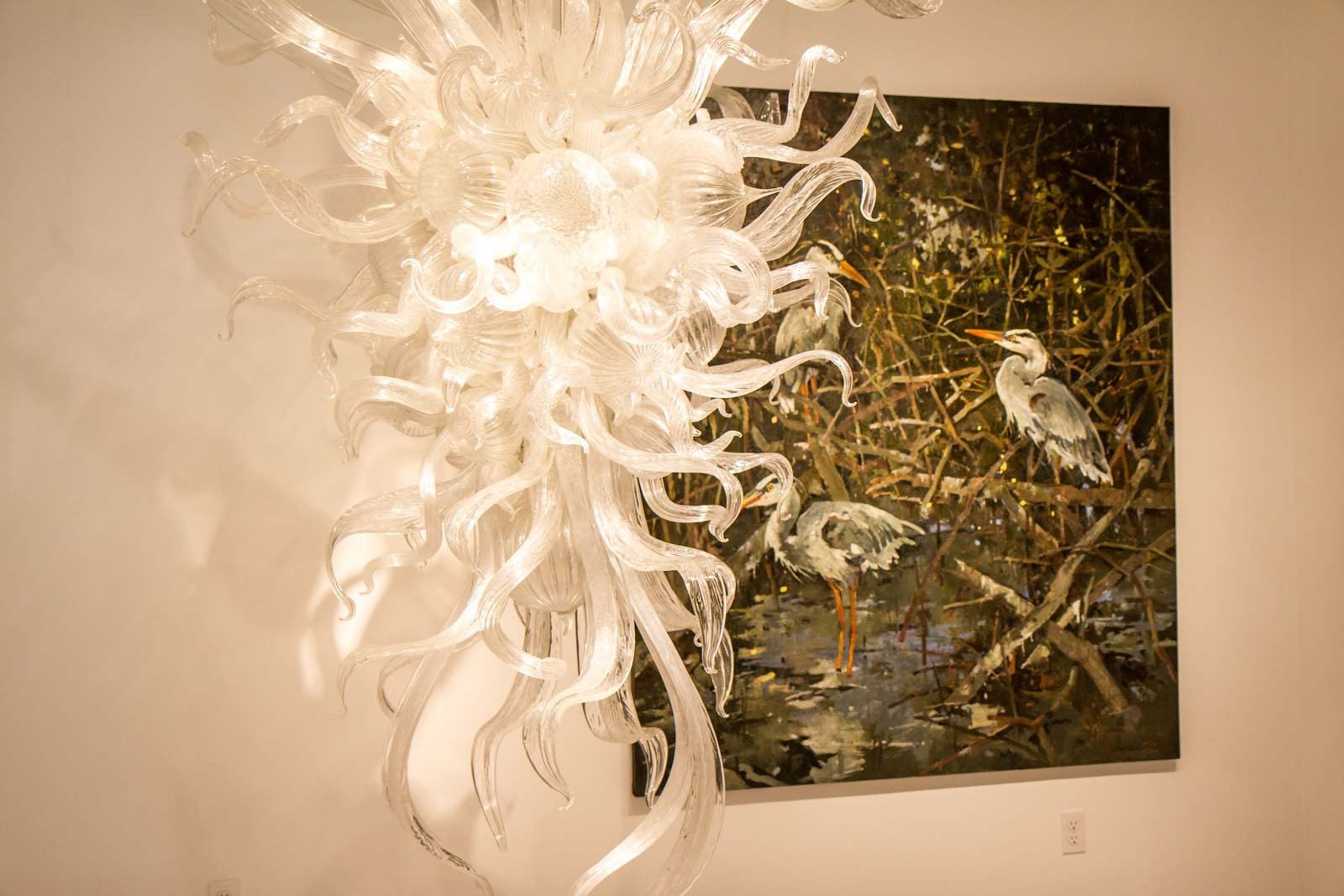 She tells me about how there are several art districts in the city now. There’s this one, around Julia St, which is probably the most established but is always pushing the boundaries with contemporary works.

There’s the more traditional art in the French Quarter with its own unique style.

And now, around St Claude, is some of the edgier and experimental stuff that’s emerging. It’s this diversity that excites Rebecca.

“Now you have established and more traditional with newer scenes, melding and cooperating and feeding off each other.” 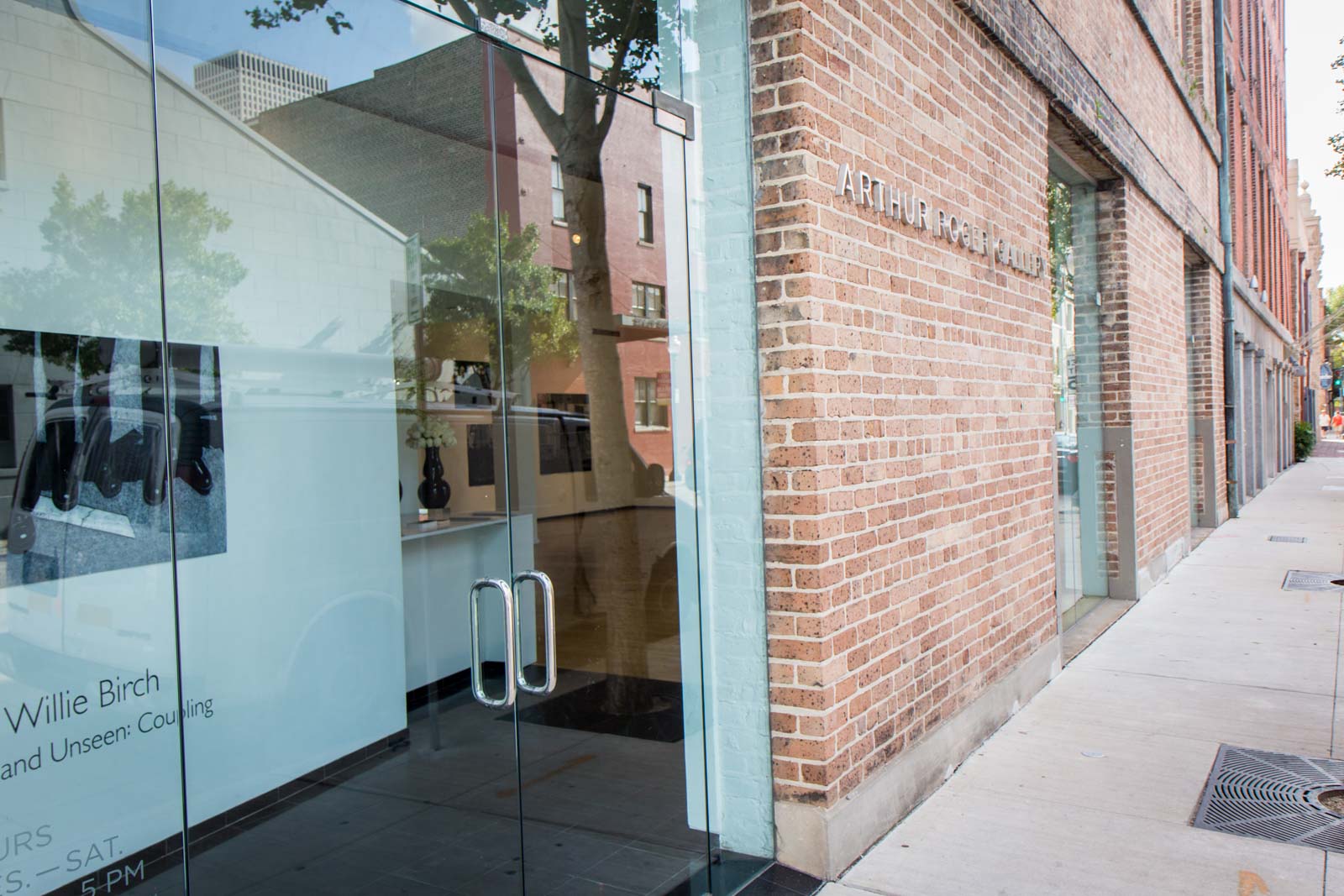 Unfortunately I’ve left my trip to Julia St a little too late and now don’t have any time to explore St Claude for myself – but I put it on the list for next time. It seems like there’s too much happening here to see on just one visit.

When I ask Rebecca how she thinks the creative arts will go in New Orleans in the coming years, almost in preparation for the next time I’m here, she has a simple answer.

It’s certainly looking that way at the moment.

>> Read my story here about the new food scene in New Orleans
For a fun backpacker option, there's India House, or there's the more modern HI New Orleans.
There aren't a lot of good cheap hotels in New Orleans, but I would suggest French Market Inn or Wyndham Garden Baronne Plaza.
For hotels with more style, you can try Hotel Peter and Paul or The Saint Hotel.
And the beautiful Maison de la Luz is one of the best luxury hotels in the city!